Aahana: An Experience worth the Corbett in the Tiger Reserve

Corbett within a Corbett 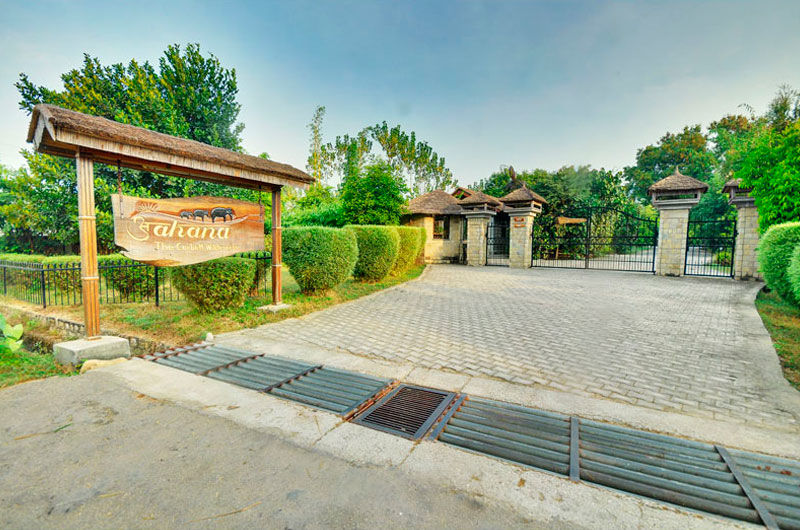 I, hailing from the Corbett city of Ramnagar had my primary schooling from Nainital and later went on to other states to do my graduation studies that is to say I use to just spend my vacations in the city of the Tigers. Working in Mumbai as a banker made me realize that this is not where I want to spend the whole of my lifetime so I decided to move back to my hometown to see what all and how I could find productivity in the city. Pretty soon I figured out that the city thrives on Tourism and I started making ways to find myself a place in this city.

I started exploring the area and came across hundreds of resorts that had been build around this area. I started visiting these Resorts to find out the kind of tourists it attracts the major attraction spots in the region and various other things.

This was when I came across Aahana- The Corbett Wilderness

Aahana, the name means the first rays of the sun, is an Eco friendly Resort spread over 13 acres in the village of Savalde sharing its boundary with the Corbett Tiger Reserve . Ideally placed between the dense jungles of the reserve and a local farming village, Aahana brings to you classic hospitality in a grand setting. Club that with the eco initiatives that have earned accolades, and so you have a winning cocktail where luxury meets responsibility!

I would just like to share the entire property as it was evening when I entered and the resort was flooded with beautiful lights looking just mesmerizing to say the least. It has around six thousand wild tress and around 140 species of birds harboring the resort. It is a lush green property having super deluxe 46 suites, swimming pool, kids area, outdoor sports and many other things which comprises a five star property.

As I am a sucker for nature, flora and the ambience I just connected with the resort on a higher plane as I had never imagined that this kind of property existed in my hometown and that the city has grown to this kind of tourist attraction. Moreover I was also informed by one of the staff that the resort had been rated as top 25 properties in India by Tripadvisor for two consecutive years.

Taking more about the resort it has a STP which is all the waste water from the basins is worked on through the pipes and organically the water is purified for the purpose of watering the gardens which is kind of a waste water management. Moreover the vegetables are grown indoors which are used in the Kitchen, they also have a Gausala where there are around five cows who are milked and the produce is again used in the kitchen for tea and coffees. They also have a Bio Gas Plant along with Decompose pit and the waste is used to make organic fertilizers along with asking the guest to plant trees so that when they return after some years they can actually see the growth of the trees planted by them which would in turn make them happy and satisfied.

As the tariffs are on a higher side couples from Delhi who have aged past 40 are the ones who visit this resort regularly as per the records. It is also suitable for people who love Wildlife or people looking to shoot documentaries or a honeymoon couple as well as people who have a Destination Weddings in mind.

The weddings that take place in this resort are subject to certain conditions which includes no loud music as this is against ethics for the wildlife living around the area and they give more focus to Kumauni culture weddings.

It can also be ideal for the people who want to explore Uttarakhand as Nainital, Kausani, Bhimtal and all these beautiful hill stations are just few hour drives away and the resort manages to take care of the travel related queries for its guests.

The Corbett Tiger Reserve which is the oldest Tiger Reserve of the Nation has five gates where Jeep Safaris are done for Tiger sighting and watching other wildlife. Two of such gates are within a radius of ten Km from the resort which makes arrangements for jungle safaris a bit easier for the guests of the resorts.

Things to do around the Property

Apart from having all the hill stations of Kumaon at a stone throw distance and the oldest Tiger Reserve of the country within its periphery the Resort for itself includes a host of activities it arranges for its guests which includes the following:

o Milking the Cows at the In-House Gausala

o Picnic Lunch by the River side

o Customized Day Trips to Nearby Destinations in the Hills / Lakes

The food served in the in house restaurant Dhikala is of a very high quality. It serves all the different kind of food be it American, Continental, Thai, Indian and various other delicacies.

The quality of the food is excellent and this one I can personally vouch for as I tasted the food myself and through the reviews I went through which was taken by the clients after they had checked out from the resort.

The Chef takes it on him to look individually into the food sector so that the quality standard of the resort is maintained.

Aahana boats of the best Spa in the nearby region and this is not just baseless commitments. The Spa Centre has a Naturopathy Department where ancient techniques of Yoga are used for curing ailments under the supervision of Doctors. It brings together Ayurveda, Western Spa Therapies, Nature Cure and Yoga in a highly hygienic, Eco-Friendly and Luxurious environment.

The rates of the resort start from 10000 for basic rooms for double occupancy and it goes till 50000 for a Villa which in itself has 4 rooms for 10 people occupancy including all three meals. The resort gives you a free Wifi for your stay but Airtel has week signals in the resort as it is into deep dense forest sharing its boundary with the Corbett but Vodafone and Idea receives good signals.

The Corbett opens in mid of October till mid of June so this is the time when a trip to this resort can be planned along with catching up on Jungle Safaris.

The summers is also a good time to visit the property as nearby hill stations of Kumaon can also be visited during the particular time as these hill stations have a pleasant weather in the month of March-June.

Aahana is located in the city of Ramnagar and the village Savalde Uttarakhand:

By air: Air India flies to Pantnagar from all major Indian metro cities. Fares from Delhi start at 3,900. From the airport, Aahana is two hours away.

By train: Several trains take you from New Delhi to Ramnagar in around four to six hours. From there, Aahana is around 20 minutes away by taxi.

By Bus: It takes seven hours to reach Ramnagar Bus station from Delhi and further 20 minutes to from bus station to reach Aahana Resort.

PS: The resort though on an Expensive side is a trademark Eco-Friendly place aiming towards a Sustainable Development providing for the locals of the city along with maintaining quality standards as required in any Wildlife Sanctuary.