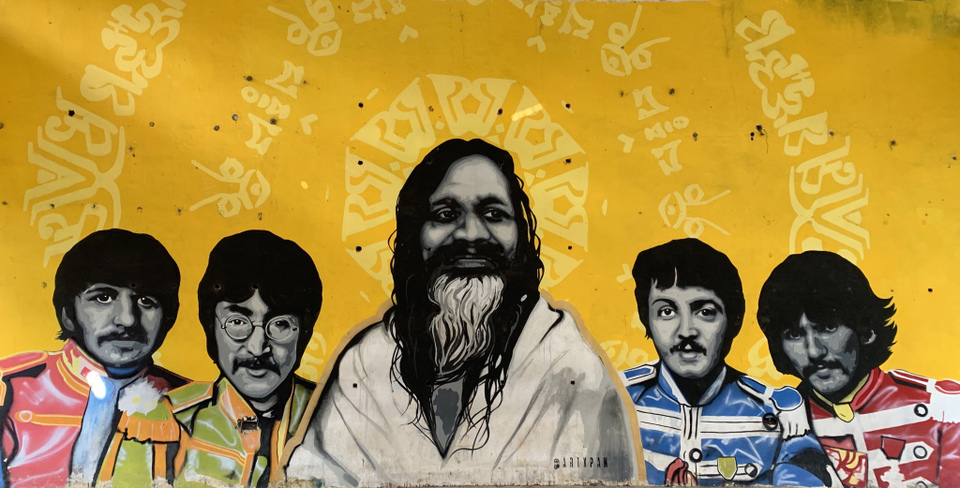 Beatles Ashram, locally known as Chaurasi Kutiya is one of the most popular ashrams in Rishikesh, Uttarakhand. Chaurasi Kutiya means "84 meditation huts". The huts were built by local river rocks, each chamber depicting a different Yoga Asana (posture). Together, they represent the whole range of human life.

HISTORY OF THE ASHRAM

Back in 1961, Maharishi Mahesh Yogi established the Ashram on 7.5 hectares of forest land overlooking the Ganges. Many famous people came here to learn and practice Transcendental Meditation. 'The Beatles' had participated in Maharishi Mahesh Yogi's seminar in Wales in 1967 and were inspired by his learnings. A year later, exhausted with their popularity, they visited the ashram seeking peace and spirituality. They undertook the TM course and stayed at the Aashram for almost 3 months. Thus, giving the ashram its name. The Ashram received extensive media coverage at that time and became famous amongst other celebs as well. Their stay turned out to be a musically productive period for them and they wrote almost 50 songs !

There are numerous buildings on the property including a former kitchen, temple, some residence buildings, library, an abandoned post office, the home of the Maharishi and the 84 meditation huts. They also have a newly constructed canteen and restroom. The menu is very limited at the cafe but you can always enjoy a plate of Maggi and steaming tea. The Beatles Ashram was neglected for many years after Maharishi Mahesh Yogi left in 1981 and was completely abandoned after that. In 2015, it became a famous tourist attraction and is now being managed by the Nature Centre by Rajaji Tiger Reserve. 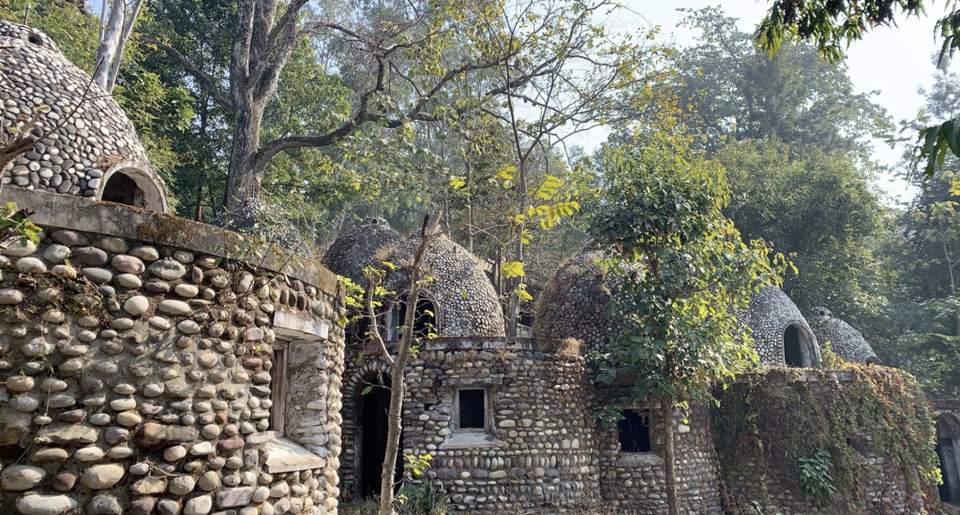 These meditation caves were constructed to accommodate Sanyasis and Brahmacharis for practicing their Sadhna. The round stones were taken from the river Ganga. 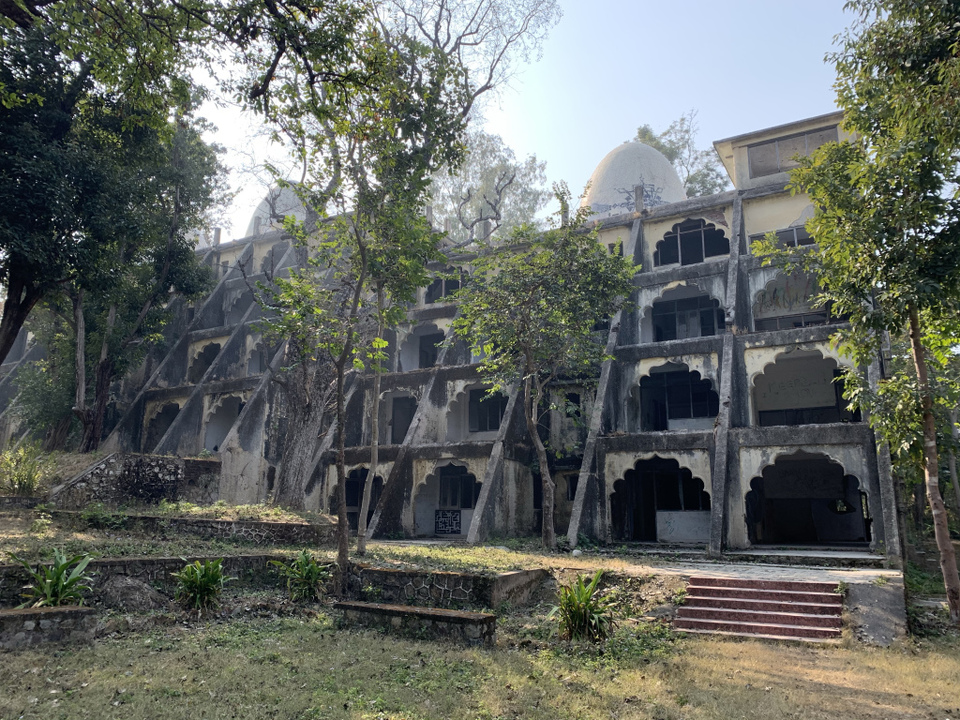 The Anand Bhawan and Siddhi Bhawan are the biggest buildings on campus. They were the residential quarters for those training to be teachers or taking the TM course. I was intrigued by the pyramidical structure of the building. Stepping inside the building I got lost in a maze of rooms and they did seem haunted. However, with a speck of courage, I rushed to the upper floors and discovered egg like structures (meditation domes) on the terrace. The writings on the wall were a bit scary and creeped me out further !! 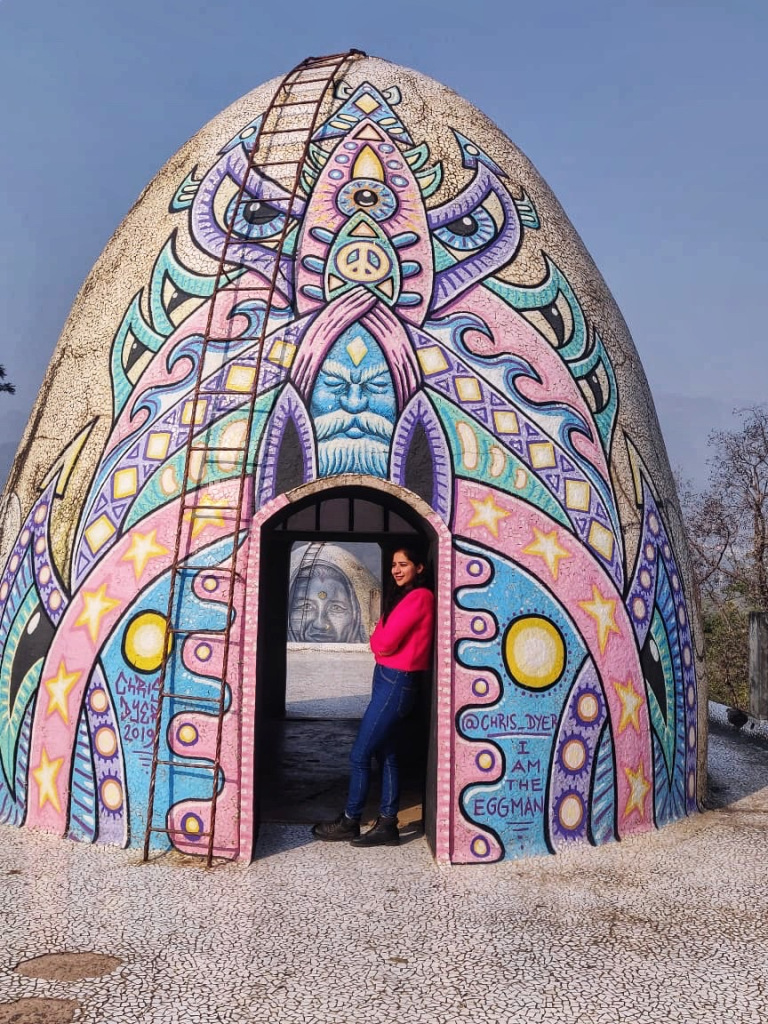 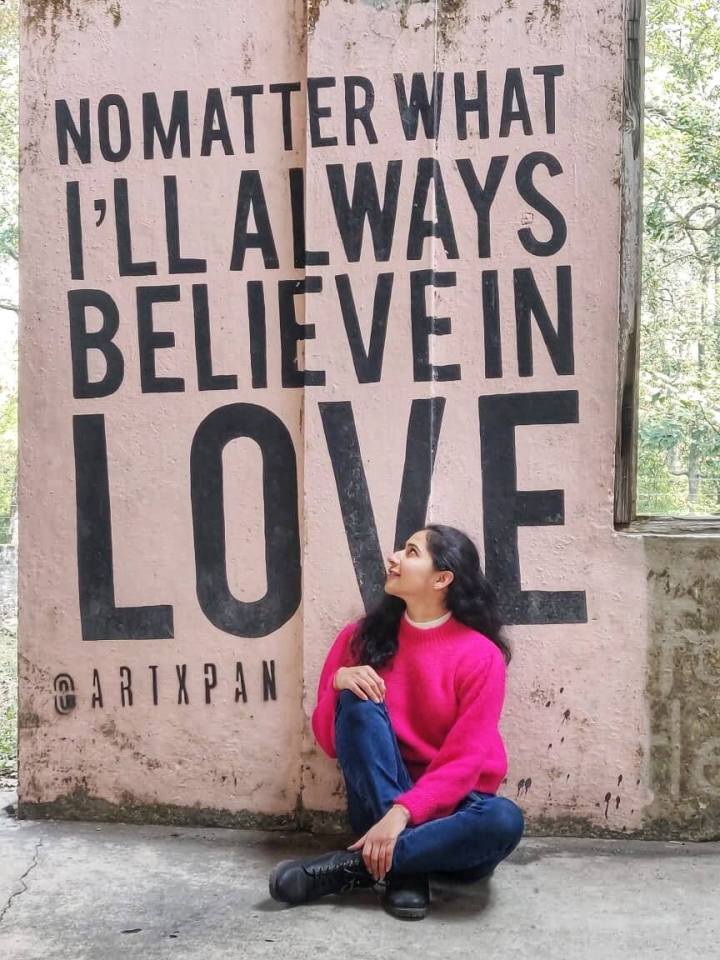 An image from the 'Ved Bhawan'

The major attraction includes the dome shaped huts, awe-inspiring graffiti work, a picture museum, stunning architecture and beautiful murals of The Beatles and Maharishi in the Ved Bhawan. The Ved Bhawan served as a hall where TM classes were conducted. The Aashram is a tranquil site, it energies you and helps you connect with nature. 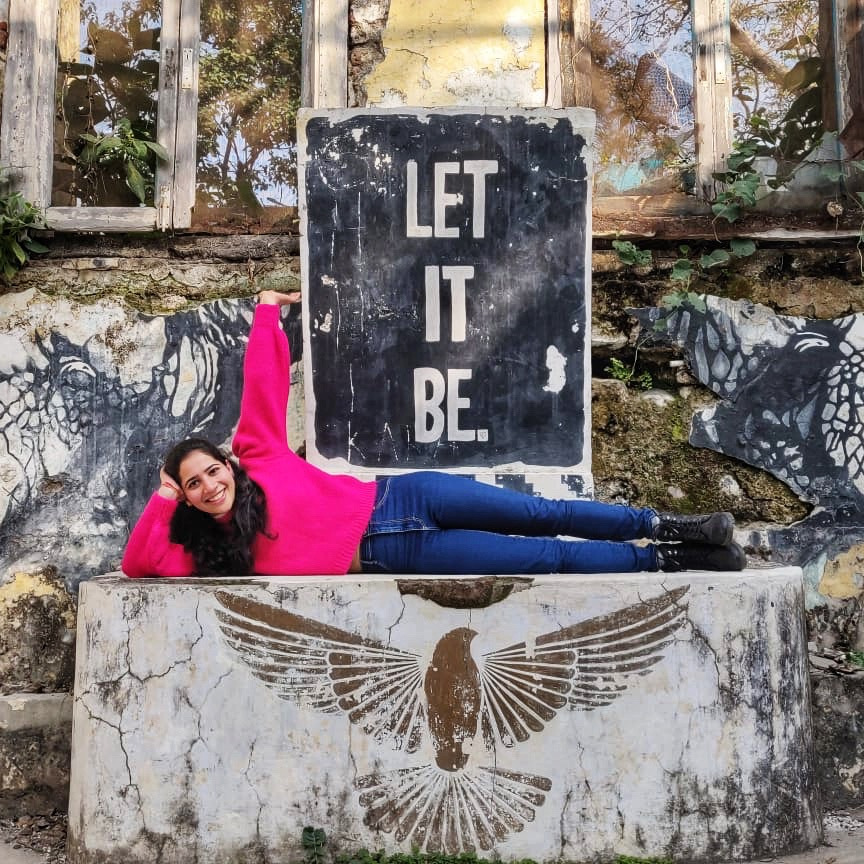 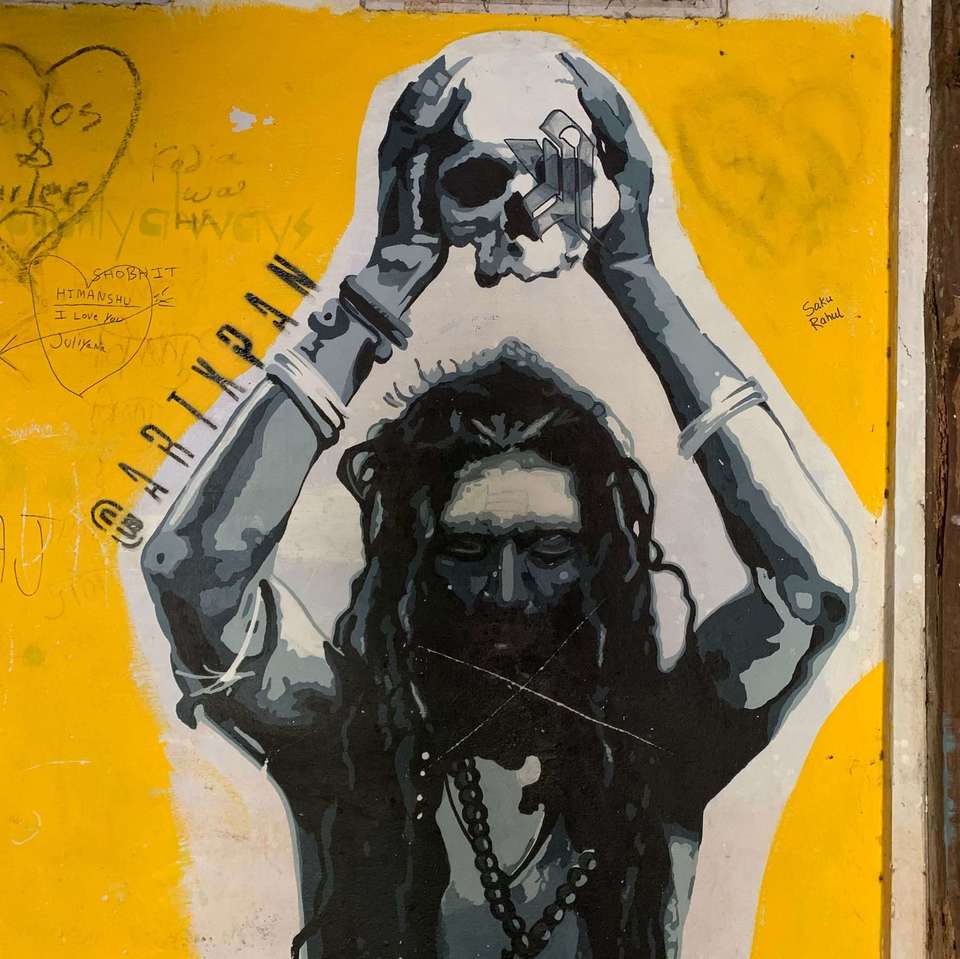 The place is magical and I truly wanted to stay for longer. However, I could only spend around 3 hours, and highly recommend visiting if you are in Rishikesh.

HOW TO GET THERE ?

The Beatles Ashram is located in the Swargashram area of Rishikesh.

Take the road from Ram Jhula to Gita Bhawan and Parmarth Niketan, at the end of the road you'll see the closed iron gate go the Ashram. The Ashram is 2 km away from Ram Jhula and 3-4 kms away from Laxman Jhula The Ashram is a 10 minute walk from the newly constructed Janki Setu bridge. The JollyGrant airport is 30 km away & the closest air connectivity from the ashram. The Rishikesh Railway station is 13 kms away. Taxis are easily available to get to the Ashram.

Prices vary for students. Do carry your school/college ID for a discounted rate. Ashram is open from 9AM till 4PM daily.