A surprise and unplanned destination in Uttarakhand, was a memorable one!
My son and I left Haridwar early in the morning at six, reaching Devprayag at nine, stopping at a dhabha for breakfast of paneer parathas.

It's a beautiful drive to Devprayag situated on the Rishikesh Badrinath highway. Parts of the road go through Rajaji National Park!

My stomach was full as our driver Anil from Garwhal Vikas Nigam or GMVN had very sweetly offered us his Tiffin of homemade "Bhatua" Parathas, (a green leafy spinach like vegetable, grown in this area), and achar. I have experienced in the past too, people in the hills are always friendly, warm and open hearted towards their guests!!

Arriving at Devprayag we had to cross a suspension bridge over the roaring Bhagirathi from the highway, to get to the village of Devprayag and walk down to the confluence.

"Devprayag" means "Godly Confluence" in Sanskrit. The last one of the Panch Prayags, the most sacred, the birth place of  River Ganga, from here after  merging of two heavenly rivers,  forms the holy Ganges!

Devprayag is where the Alakananda and Bhagirathi confluence. It's a beautiful place where you see Bhagirathi flow full throttle and Alakananda very quiet almost placid!Bhagirathi's flow is almost deafeaning! The distinct difference in the colour of the two rivers is obvious!
It is said that the Gupt Saraswati river from Mana village in Badrinath, near the Indo Tibet border, which flows underground also joins this holy confluence!

Ram Kund is where Lord Ram's footprints are visible on days when the river water flows low is what we were told by a Swamiji, who lives in  a cave near the holy confluence. Lord Ram meditated here after killing Ravana.

A visit to the ancient Raghunathji Temple is a must. This ten thousand years old beautiful temple was consecrated by Adi Shankaracharya. Built of huge stones, pyramidal in form and capped by a white cupola!
Built on a terrace in the  upper part of the village, can be seen from a distance!
One of the 108 Divyadesam that are dedicated to Lord Vishnu. This temple is dedicated to Raghunathji or Rama, an avatar of Lord Vishnu.
Divya desam Temples are the 108 Vishnu temples that are mentioned in the works of the Tamil Azhvars (saints). ”Divya” means “Divine” and “Desam” indicates “place of abode” (temple). Of the 108 temples, 105 are in India, one is in Nepal, and last two are outside the Earthly realms!

Devprayag is the seat of  the Priests of Badrinath known as Pandas who perform puja at the temple.
Considered to be the place where sage Devasharma led his ascetic life, giving birth to its present name, Devprayag.

Devprayag is the home of the late Acharya, Pt. Chakradhar Joshi (a scholar in Astronomy and Astrology) who established Nakshatra Vedh Shala (an observatory) in the year 1946.
This is located on a mountain called Dashrathanchal at Devprayag.
The observatory is well equipped with two telescopes and many books to support research in astronomy. It also contains about 3000 manuscripts from 1677 AD onwards collected from various parts of the country. Apart from the latest equipment, it also has ancient equipment like Surya Ghati, Dhruv Ghati, which showcase the pride of our  progress in the field of astronomy.
This observatory is the living pride of progress of Indians in Astronomy!
Shri Dr. Prabhakar Joshi and Acharya Shri Bhaskar Joshi (Popularly known as Guruji) are currently in charge and caretakers of the observatory.

I am so glad we could visit Devprayag! A unplanned but unforgettable trip!! A place to meditate or just sit in silence and enjoy the confluence of the rivers!!

To reach Devprayag by:
Air: The nearest airport is Jolly Grant Airport , Dehradun. It is at a distance of 91 km from Devprayag.

Train: The nearest railway station is Haridwar connected to major Indian cities. It is at a distance of  94 km from Devprayag.
Haridwar to Rishikesh is 22 km and about half an hour by car.

Road: Buses to Devprayag and Rishikesh are available from ISBT Kashmiri Gate, New Delhi.
However, The last Prayag is on NH58.

For stay: I would suggest Haridwar or Rishikesh as there are many options for all budget types. 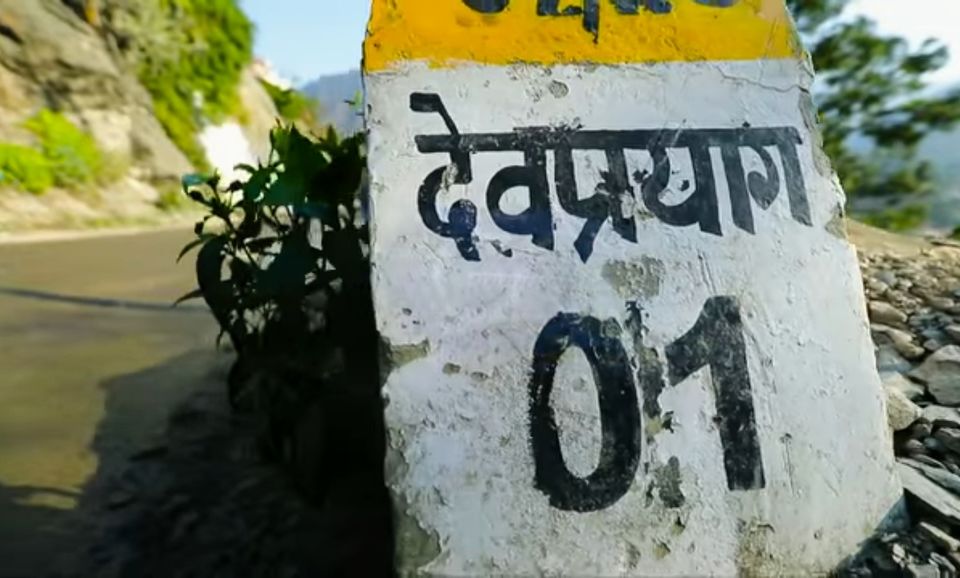 The first view of Devprayag 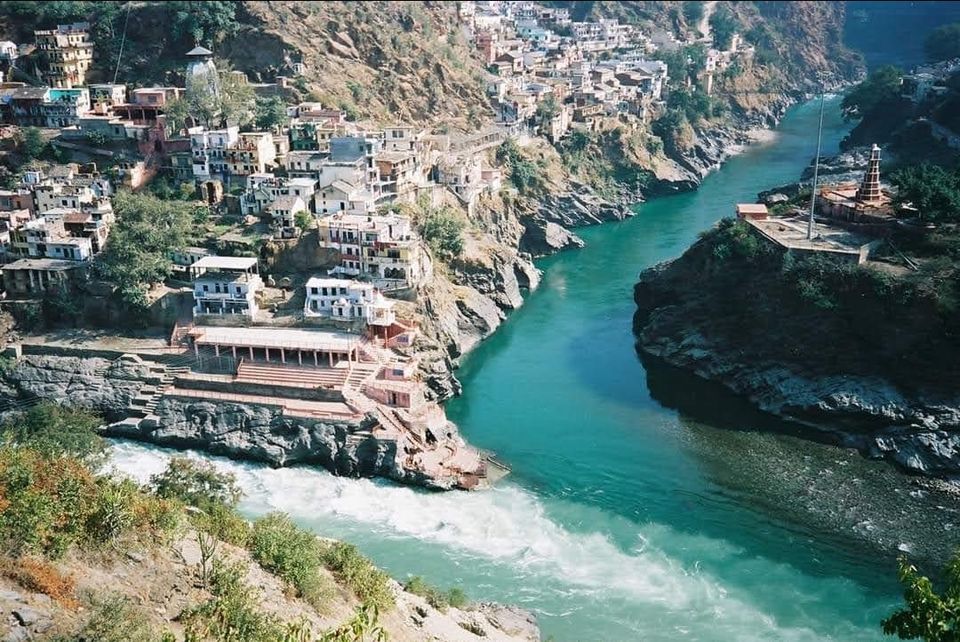 Crossing over to the Devprayag village over the suspension bridge!! 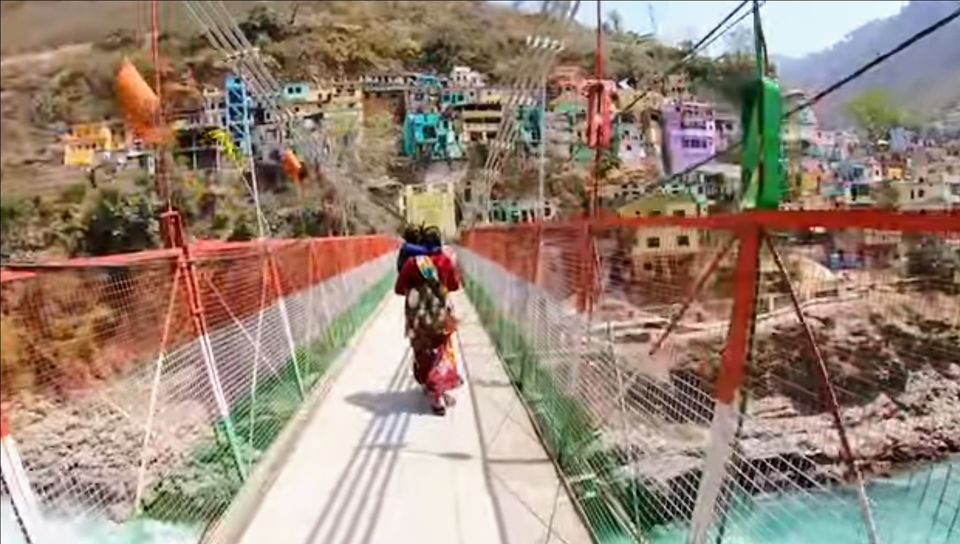 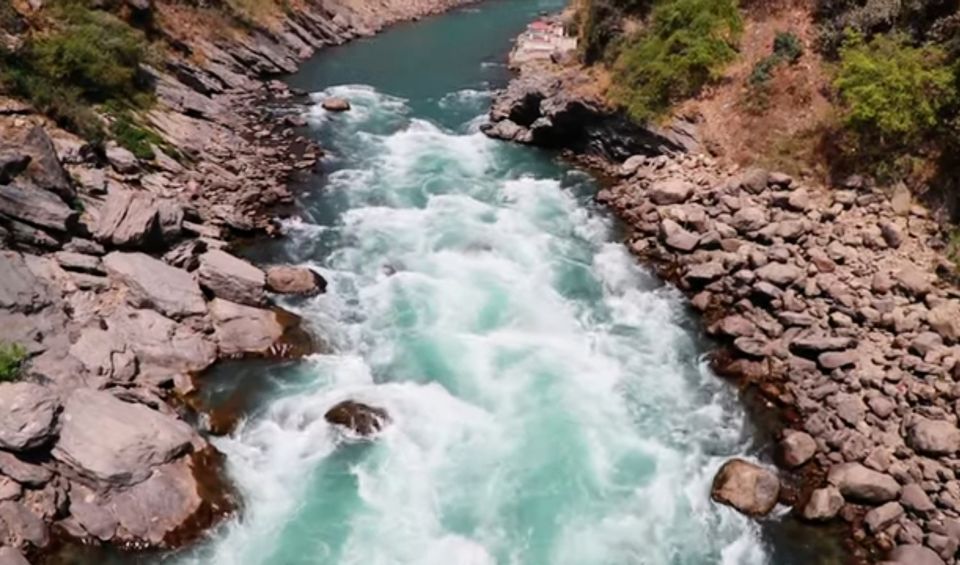 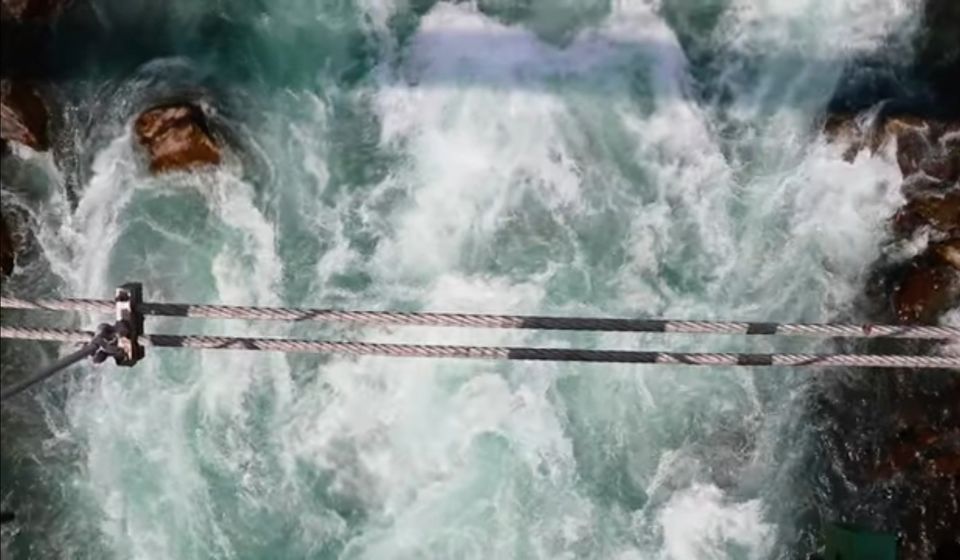 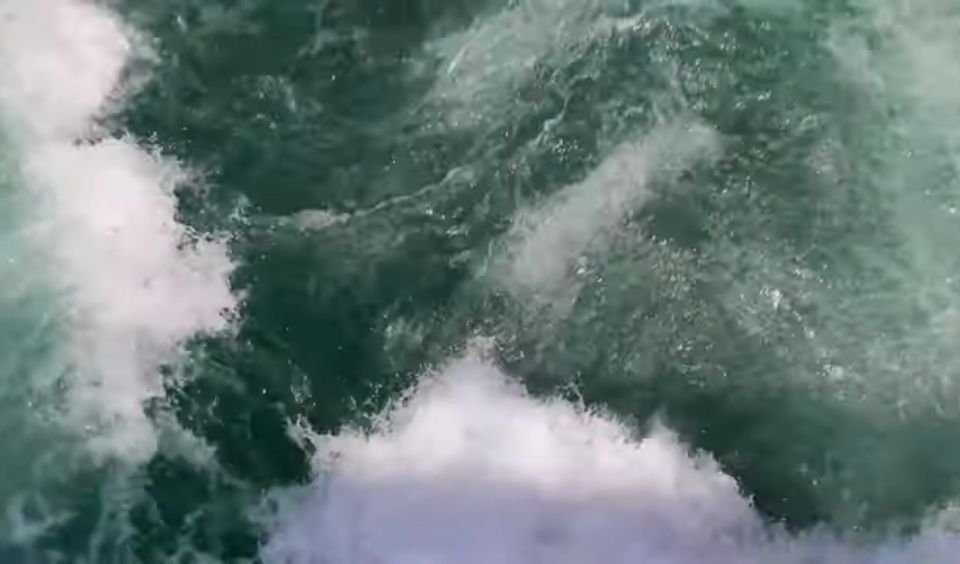 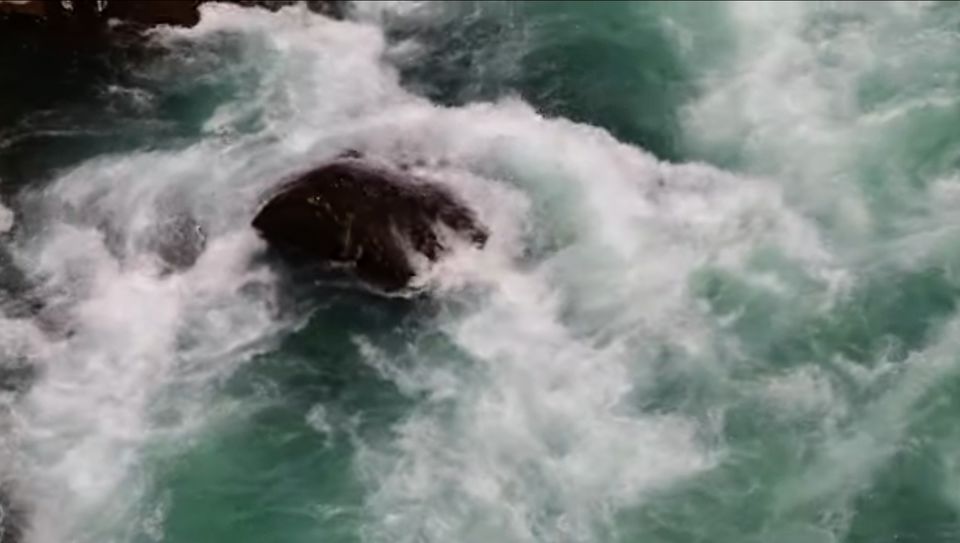 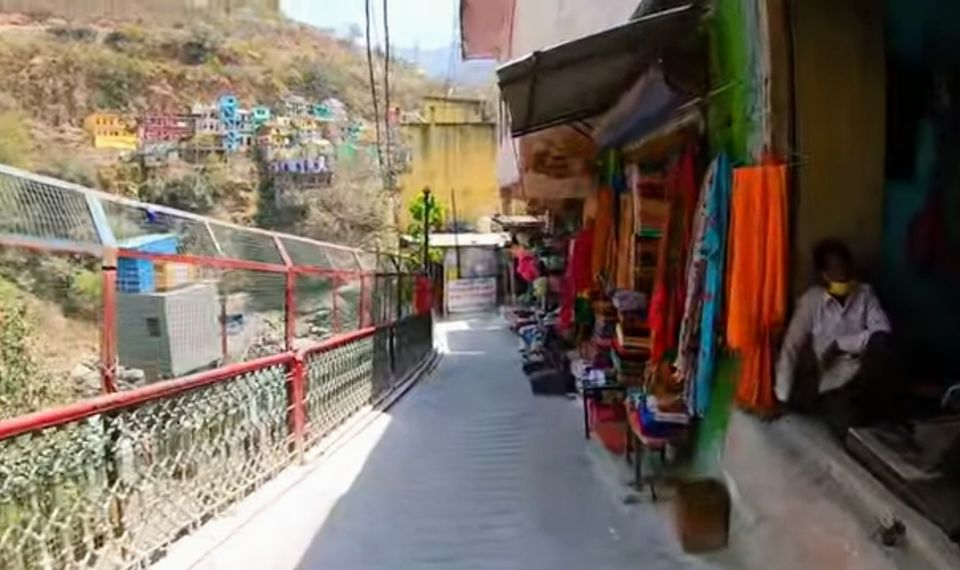 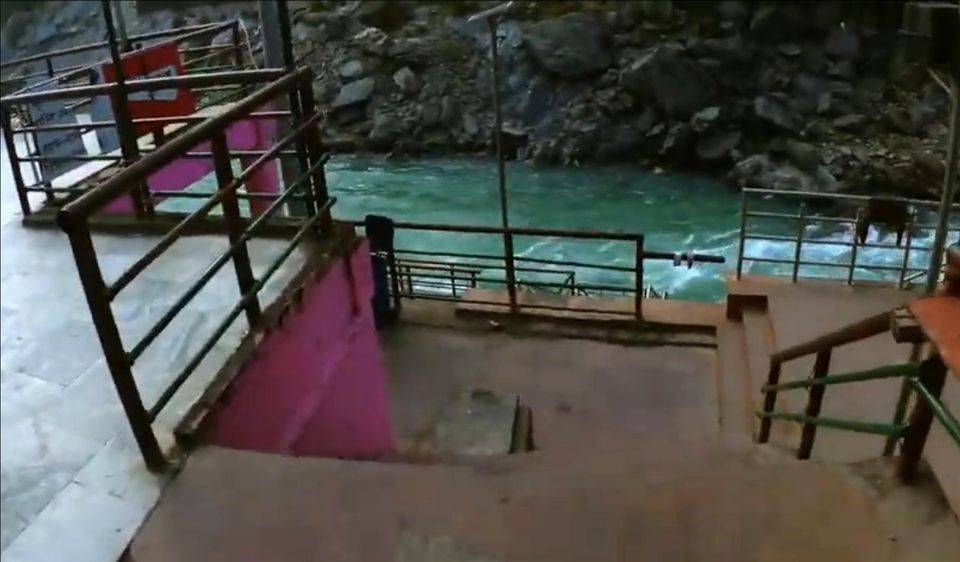 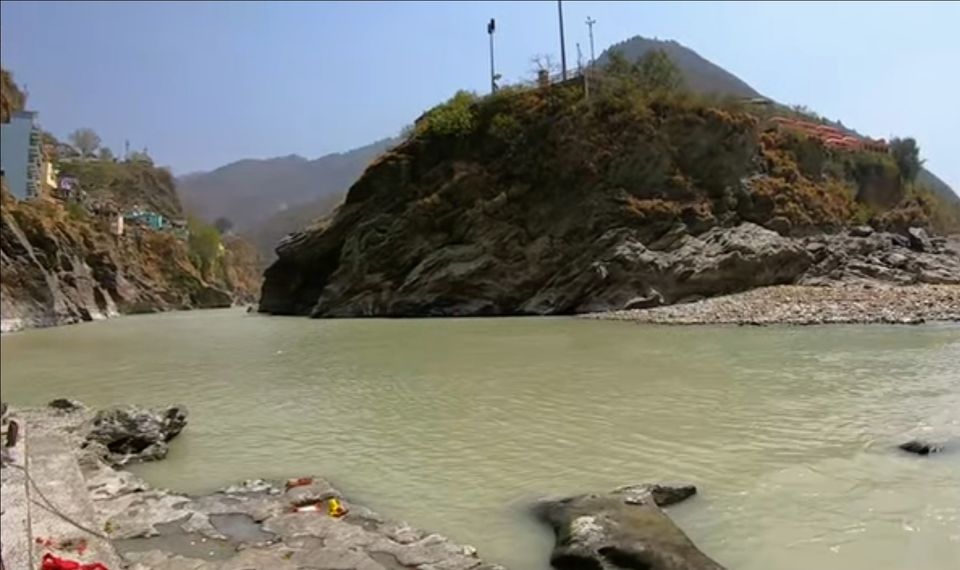 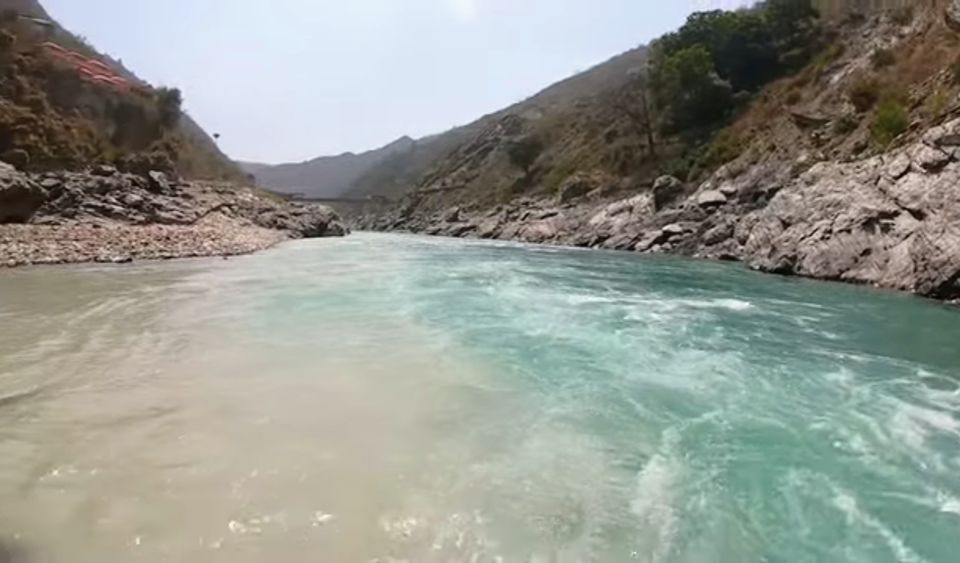 Bathing Area on the Confluence! 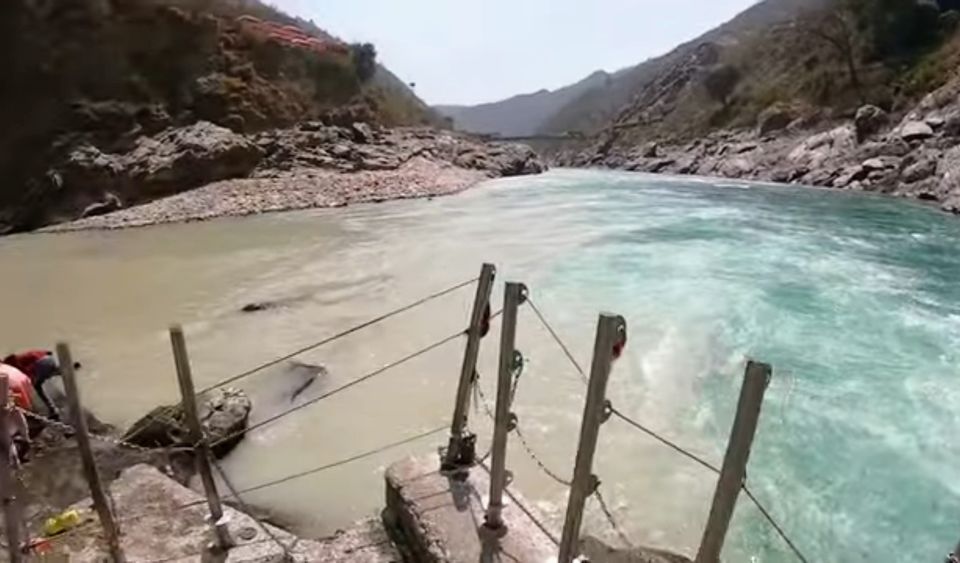 Iron pillars with chains for bathers to hold while taking the holy dip!! 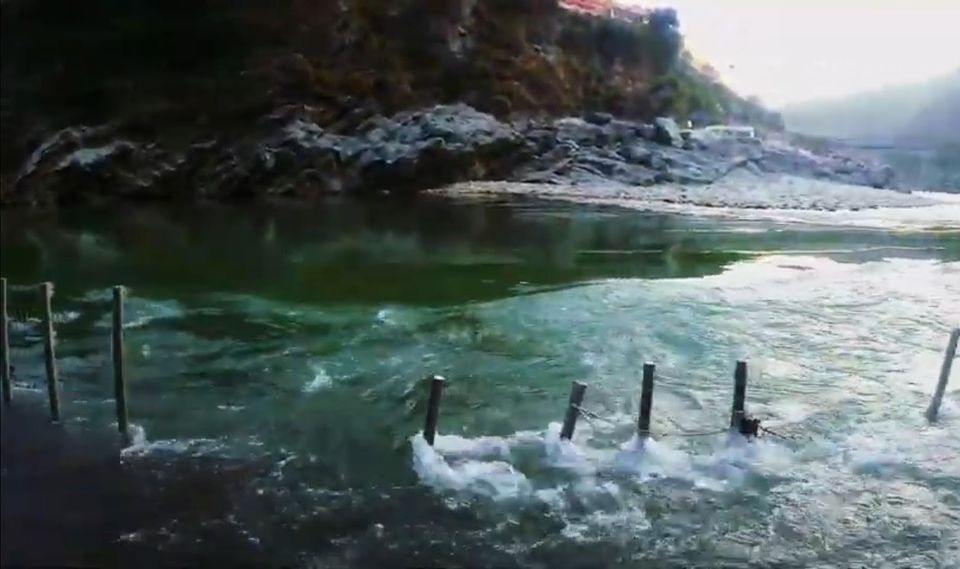 A Devout Taking the holy dip! 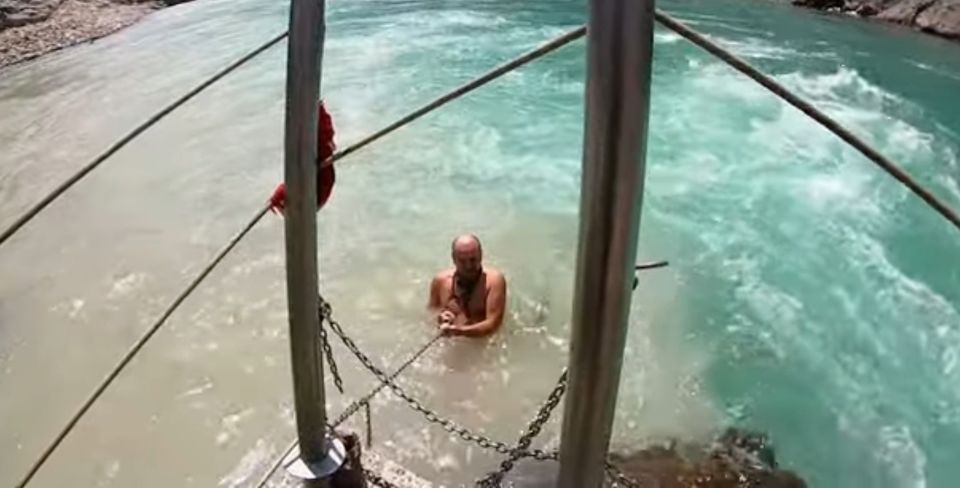 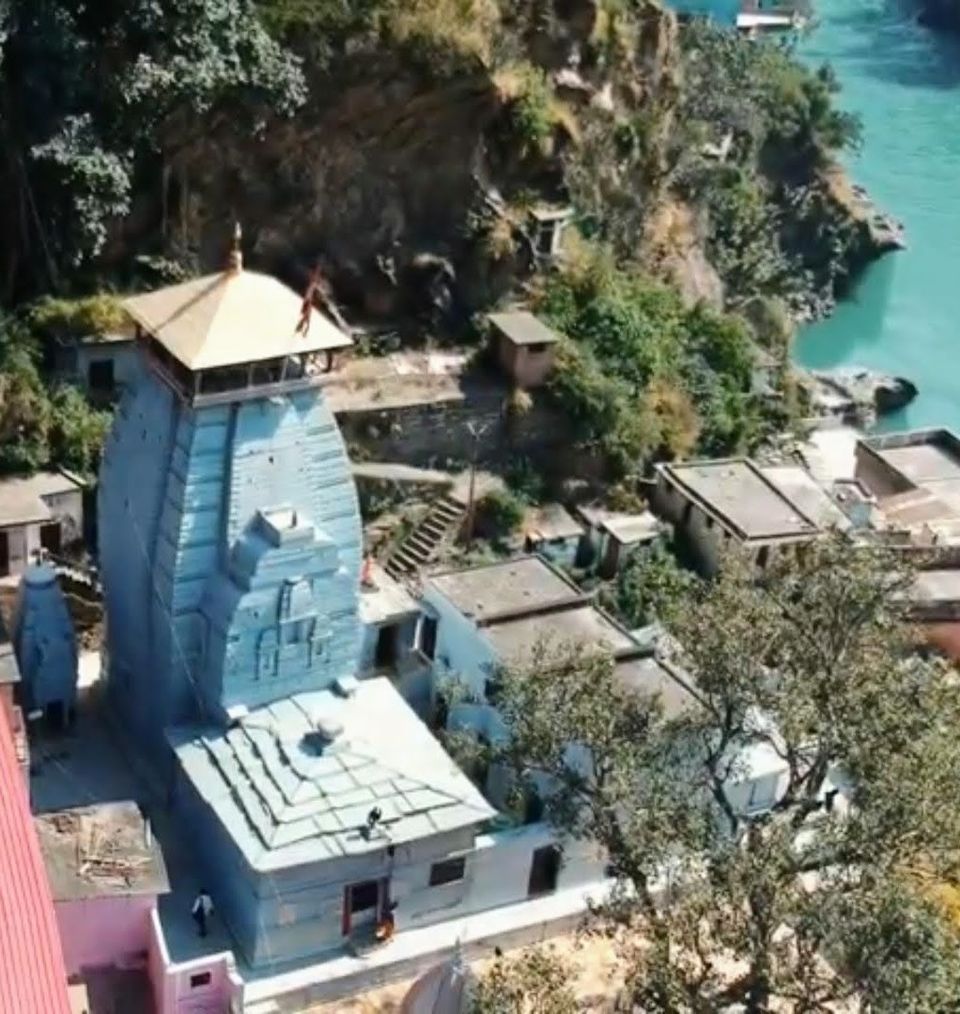 Raghunathji Temple with the Dhwaja flying 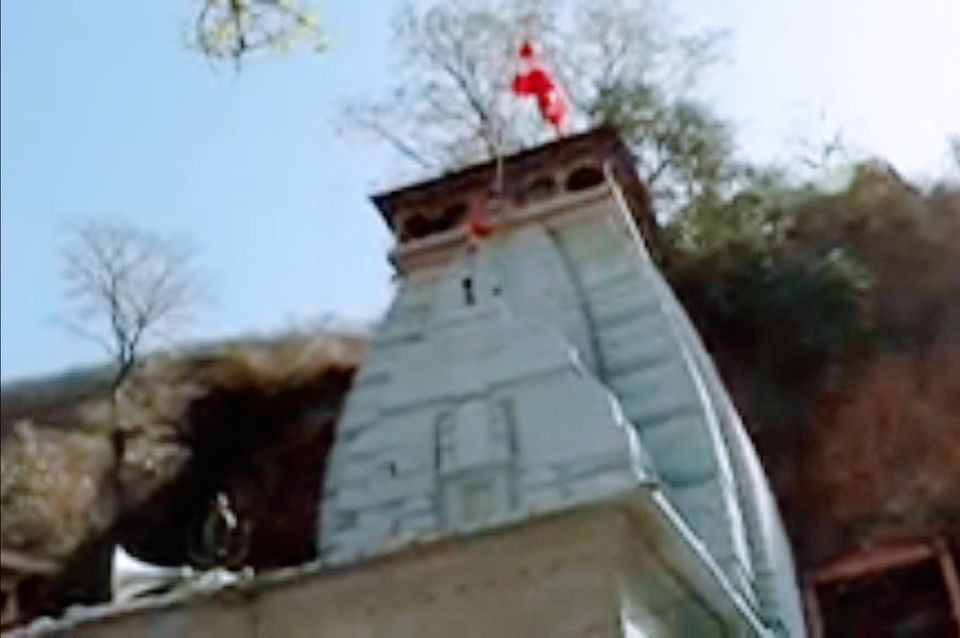 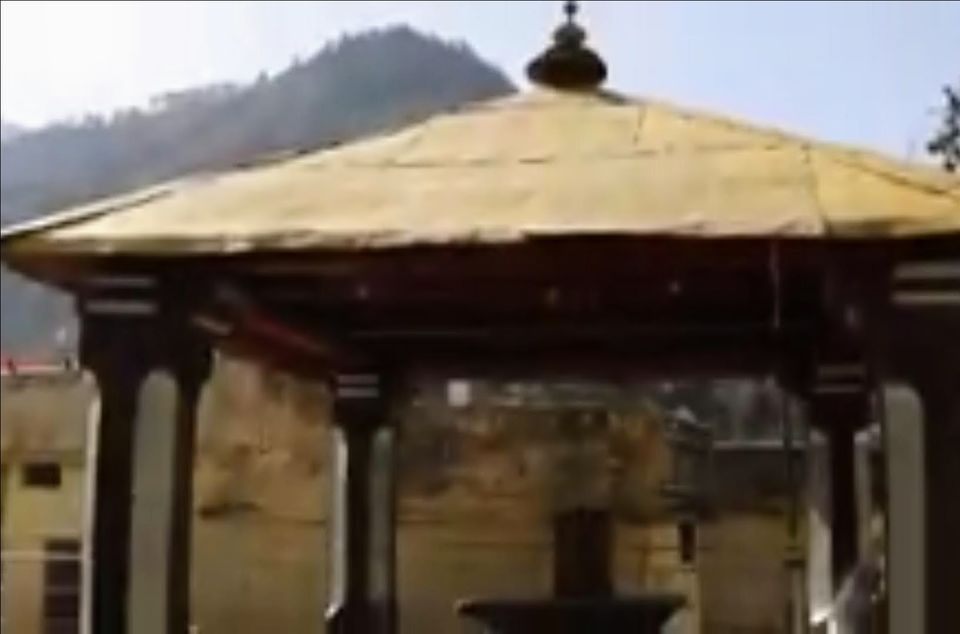 Shivlinga in the Temple Complex 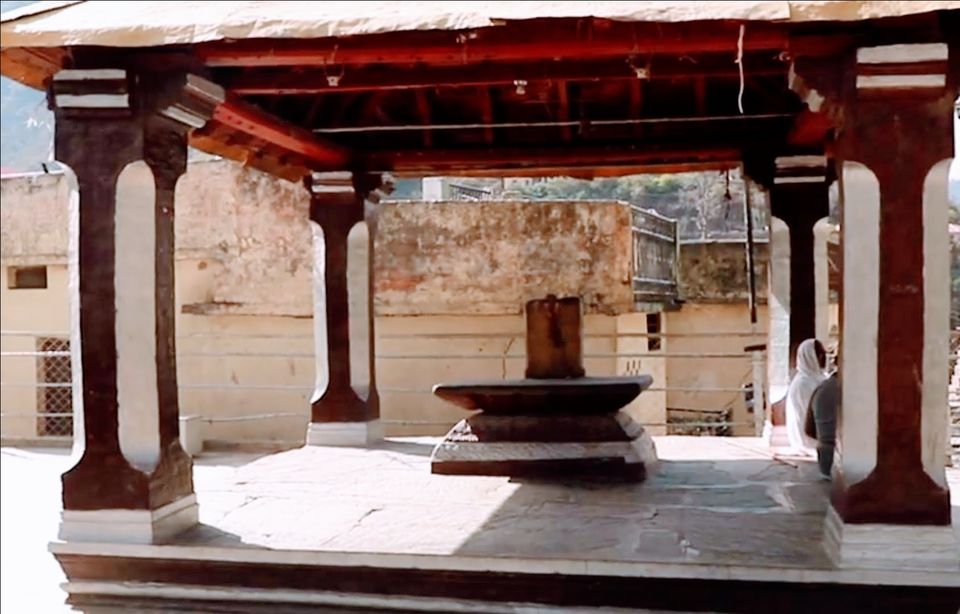 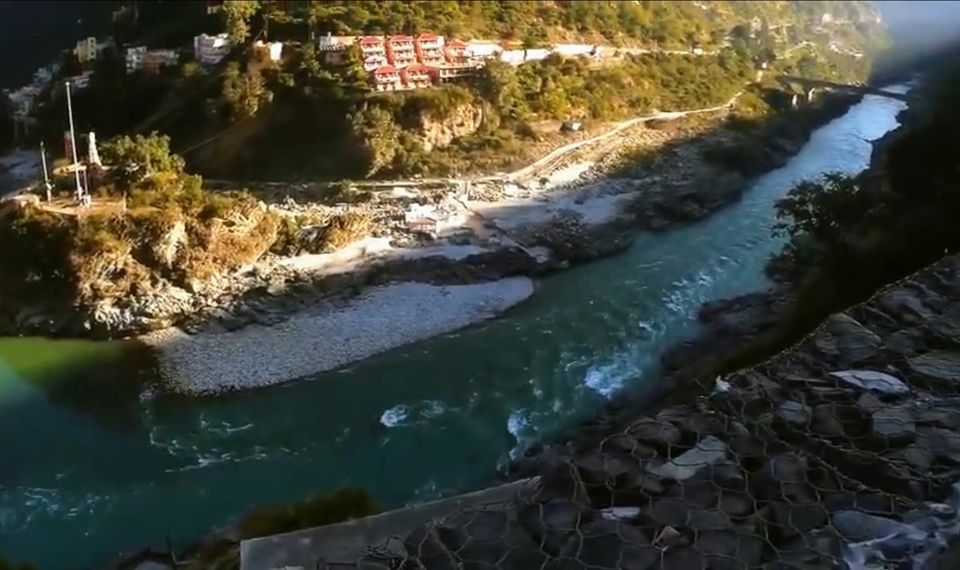 Ganges flows on for posterity! 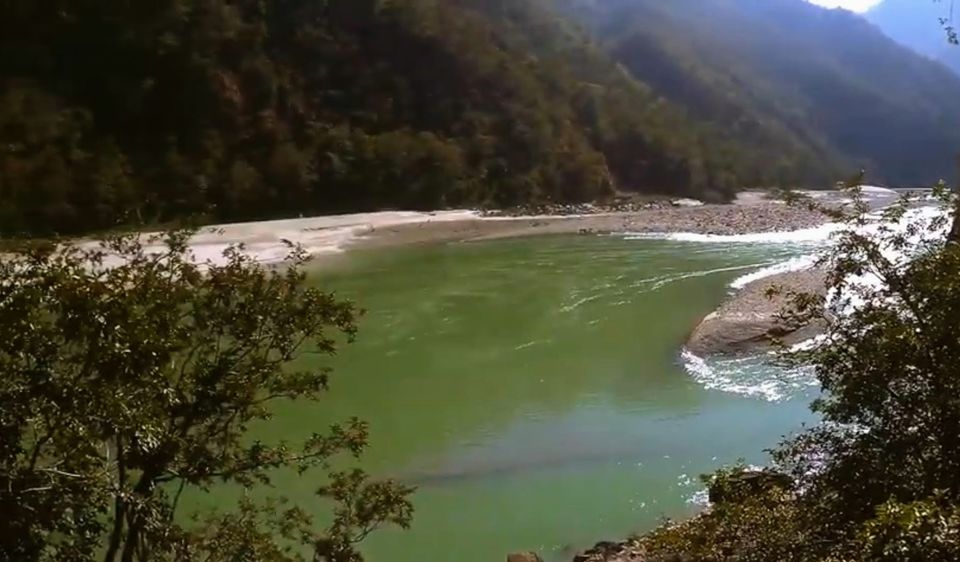