Things to see in Thimphu! 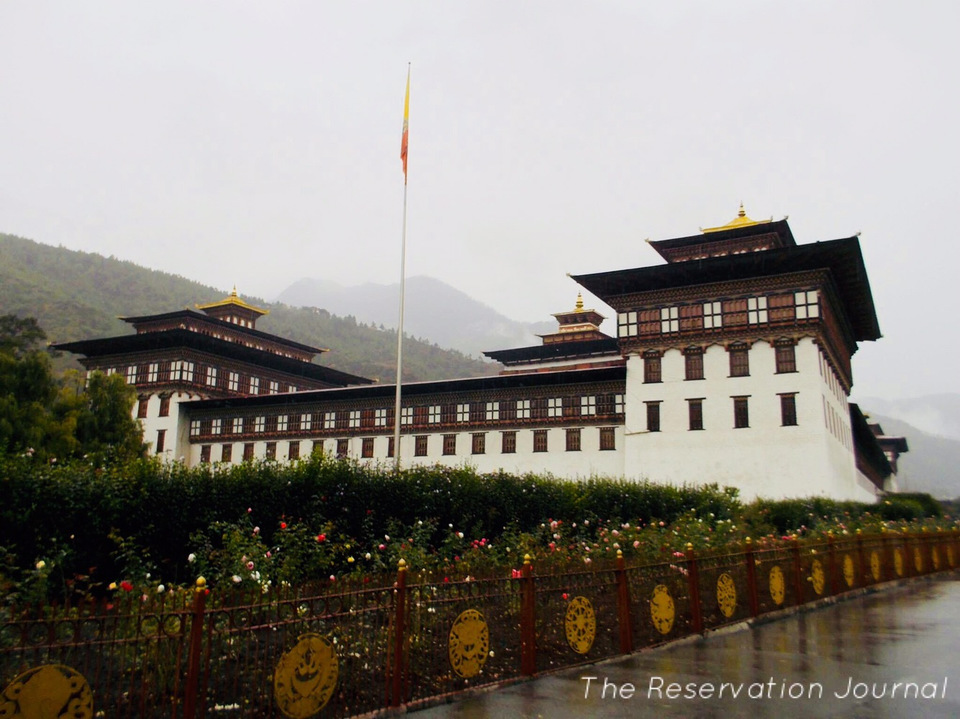 I had the opportunity to see a few great places because of my dad. He kept moving, and I kept exploring! I had been to Bhutan as a tourist when I was 7-8 years old, but it was only when dad was working there that I could fully explore the country.

The Kingdom of Bhutan is a landlocked country lying between India and Tibet. The country's landscape varied from lush plains to alpine Himalayan mountains. Thimphu is the capital and the largest city. Other notable places are Paro (houses the international airport), Phuentsholing (financial hub), Punakha and others. The highest mountain in Bhutan is Gangkhar Puensum. The people speak Dzongkha and the currency is called Ngultrum (Nu). It is to be noted that Bhutan is a constitutional monarchy but the government is parliamentary. The head of the state is the King (known as the Druk Gyalpo). This is probably the only country that measures it growth by the Gross National Happiness index. Also, people are very warm and friendly. They are more than eager to help you out with anything at all! Majority of the population are Buddhists.

Travelling from Kolkata to Bhutan is relatively easier. Fly with Druk Air (the royal carrier) or Tashi Air to Paro (the only international airport in the country), which takes just over an hour. From Paro, it takes another 1.5 hours to Thimphu by road.

Overnight buses ply from Kolkata till Siliguri (the NBSTC buses or the more comfortable Royal Cruiser Volvo AC ones) and till Jaigaon/ Phuentsholing border (Royal Bhutan Govt buses). The buses depart from the Esplanade bus depot. It takes approximately 12-14 hours to reach Siliguri and another 4-5 hours more to Jaigaon. The road conditions on both the legs are not favorable.

Travelling by train is easier than by bus. It is an overnight journey till NJP (any train that goes till NJP/ New Alipurduar/ Guwahati can be taken) or Hasimara (Kanchankanya Express). From NJP one can hire a taxi till the border which would cost anywhere betweeen INR 3000-3500 and it takes approximately 3-4 hours. If you get down at Hasimara, you can book a taxi till the border for INR 200 and it takes about 20 mins. The train journey is spectacular as both the sides are dotted with tea plantations, forests and mountains can be seen afar.

For Indian nationals, you must obtain a permit which can be arranged from Kolkata or from Phuentsholing. Visa is not required. It is advisable to do the permit from the Bhutan Consulate at Kolkata (Tivoli Court) to save time at the border.

Indian currency is widely accepted, though it is wise to carry in denominations of 100 and lower. Bhutan's currency is Ngultrum or Nu and is of the same value as INR.

Getting to Thimphu: The Bhutan Gate

Once you reach the border, the first thing that catches your eyes is the ornamental Bhutan Gate. Built in the typical traditional style, the Bhutan Gate stands tall as it demarcates the two nations. Jaigaon is the town on the Indian side, while Phuentsholing is the one on the Bhutan side. The border towns are shanty-like and have become a populated commercial hub. The only thing that distinguishes the two countries here is that once you cross over to the other side of the gate, your phone stops working (unless its BSNL, of course) !!!

You can stay overnight at Phuentsholing, though there aren't much to see or if you have the permit handy you can directly go to the taxi stand and book your seat to Thimphu/ Paro. In a shared taxi they charge INR 800-900 per person and if you want to hire a full car, then it will cost you not less than 4000 INR. It takes 5-6 hours to reach Thimphu/ Paro so you can either have your meal and then start the journey or eat somewhere en route. As you cross the first check-post, you can see the vast topography on your right. En route you cross Chukha - famous for its hydro power project, and Gaedu - which boasts of the only MBA institute in Bhutan.

Where to Stay: En route Thimphu

Once you reach the last check-point Chuzom, it takes about an hour to reach Thimphu. From Chuzom, the road divides itself into two, the left one goes towards Paro and the other towards Thimphu.

Memorial Chorten (Present) This pic was taken back in the year 1996, the first time we had visited Bhutan

Thimphu Dzong (also known as Tashichho Dzong) What to eat:

The road condition is very good and the landscape is beautiful.

Thimphu has a range of hotels from low budget to mid-range to high class luxury resorts. Pick one that suits your budget.

You need to hire local cars/ taxis for sight seeing. The marketplace can be covered on foot. Shared taxis are also prevalent.

1) Tashichho Dzong: Or the Thimphu Dzong is the main administrative building in Thimphu. It also serves as a Buddhist monastery and fortress. It is the main government building and houses the throne room, cabinet secretariat, ministries of home affairs and finance.The buildings are whitewashed and are built in the traditional style with intricate carvings. The 3-days long Tsechhu festival also takes place at this dzong.

2) Buddha Point: Now known as the Great Buddha Dordenma, it is a site of the great Shakyamuni Buddha statue. Situated on a hill top, the statue is 169 ft tall and commemorates the 60th anniversary of 4th king Jigme Singye Wangchuck. It gives a clear view of the Thimphu valley.

3) Motithang Takin Reserve: Bhutan's national animal is the Takin. It is a unique animal which has the body similar to a yak's and the head resembles that of a goat. It has two horns on each side of the head and is a hoofed animal. It is advisable to visit the reserve early in the morning since it becomes quite windy in the afternoon and tree branches that keep falling might be dangerous.

4) Memorial Chorten: It is a stupa constructed by the 3rd king Jigme Dorji Wangchuck. It does not contain any human shrine. It should be circled in the clockwise direction.

5) Dechencholing Palace: The members of the royal family stay here. The palace was built by the 3rd king of Bhutan. It is located amidst willow trees, lawns and ponds and is built in the traditional style.

6) India House: This is the Embassy of India spread across a sprawling 67 acres of land. It houses the administrative offices and a big golf course. Entry is restricted.

Do try the local delicacy Ema Datshi, which is a side of cheese and chilli and usually taken with red rice (produced in Paro). The rich taste of cheese makes it a perfect accompaniment. Other variants are also available like Kewa Datshi (potato with cheese) and Shamu Datshi (mushroom with cheese). Try the local home-made cheese which is very rich in texture and almost like cottage cheese, though it has a pungent smell. Do not forget to taste the cheese momo which is out of this world.

Thimphu has numerous options to eat. Try the Ama Restaurant at Norzin Lam which dishes out Chinese and local delicacies. This place is quite famous and you might have to wait for your turn to get a table. And even if you do, getting the attention of the waiters is a humongous task. Chula Restaurant is my favorite amongst the many. The dishes are tasty and its not heavy on the pocket also. For Italian, try out the Seasons Pizzeria which has a very pretty decor. Do not negate Zombala by its appearance as its the best momo joint. Try the cheese, pork or beef momo.

Thimphu has a lot of cafes also like the Ambient and the Zone which are quite popular amongst the local and the tourists alike.

You can even opt for the buffet at Taj Tashi or Druk Tashi for a delicious spread.

Every shop in Bhutan has a separate room with tables and chairs where liquor is served. You will get alcohol in almost everywhere in Thimphu.

There are plenty of shops around the central traffic point. Clothes, shoes, incense sticks and other souvenirs are found at a bargain price.

Thimphu is a very safe place and crimes are very less due to strict laws. Follow the normal safety precaution that you would in any part of the world and you would not encounter any difficulties.