Algarve Travel GuideAlgarve TripsHere’S Why I Would Never Go Back To Portugal Again!!!

Here’s why I would never go back to Portugal again!!!

Portugal is one of the offbeat Beach destinations which has some exotic beaches on earth. Unlike the crowded beaches of the other European places like Ibiza, Croatia and more, it is one of the hidden gems unexplored by many. Which means, there might be a chance of you having the beach all by yourself !!! Yes, you got it right.

As an Indian it was exciting just to be in Portugal, where Vasco Da Gama belongs as he discovered the Sea Route to India.

I chose Portugal as my next destination because of the Mediterranean climate and also because it’s not too touristy. It is best to explore a place without the hustle bustle of the tourists flocking in huge numbers during the summers.

We took an early morning flight to Faro from Amsterdam. On our three hour flight we managed to catch up on some sleep for most of the journey. After reaching we moved to Lagos in the western Algarve by taxi, the journey taking 55 Minutes(Not a cheap option though, but given a choice to choose either time or money, we didn’t want to loose out on time). We looked into the possibility of using the train/bus but departures are infrequent and we would have wasted most of the day getting to our resort. 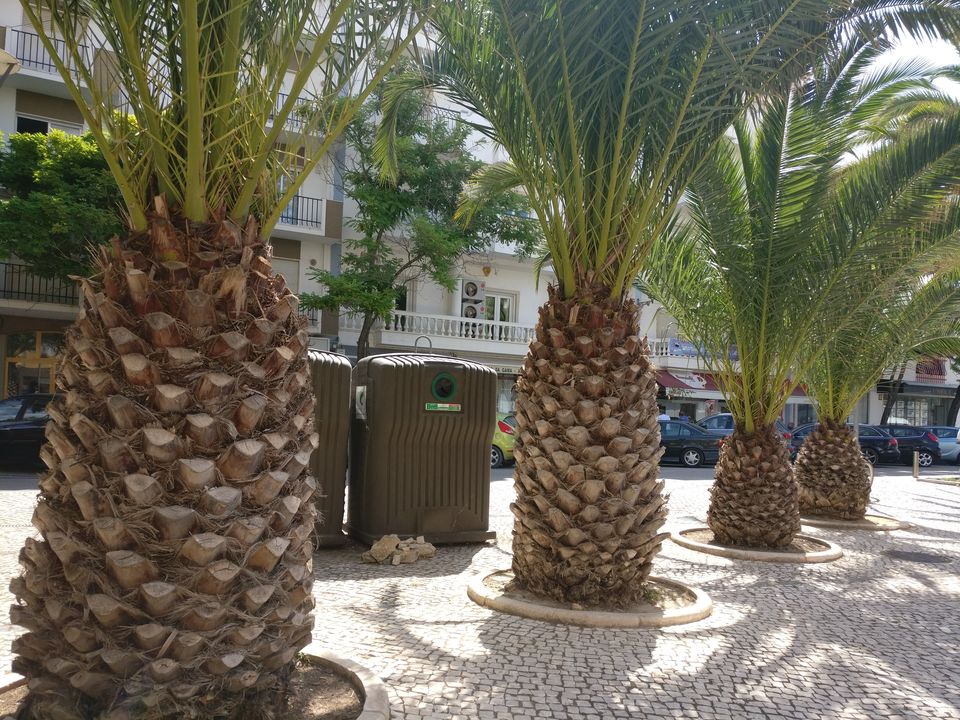 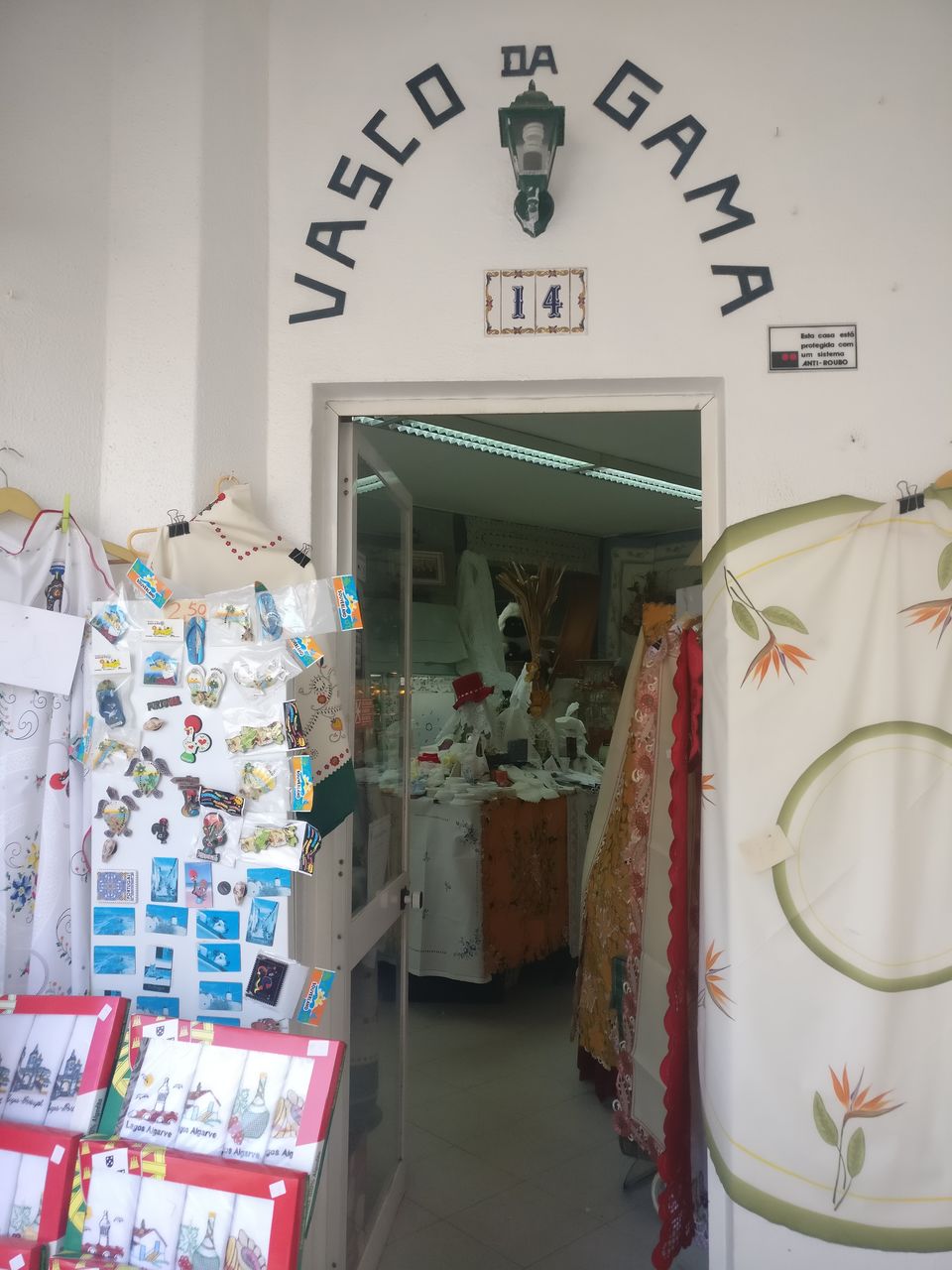 We checked in Hotel Tivoli Lagos for the next 4 days. It is a 4 star resort and hotel with a beautiful pool, bar and 2 restaurants inside and very near to Marina de Lagos. 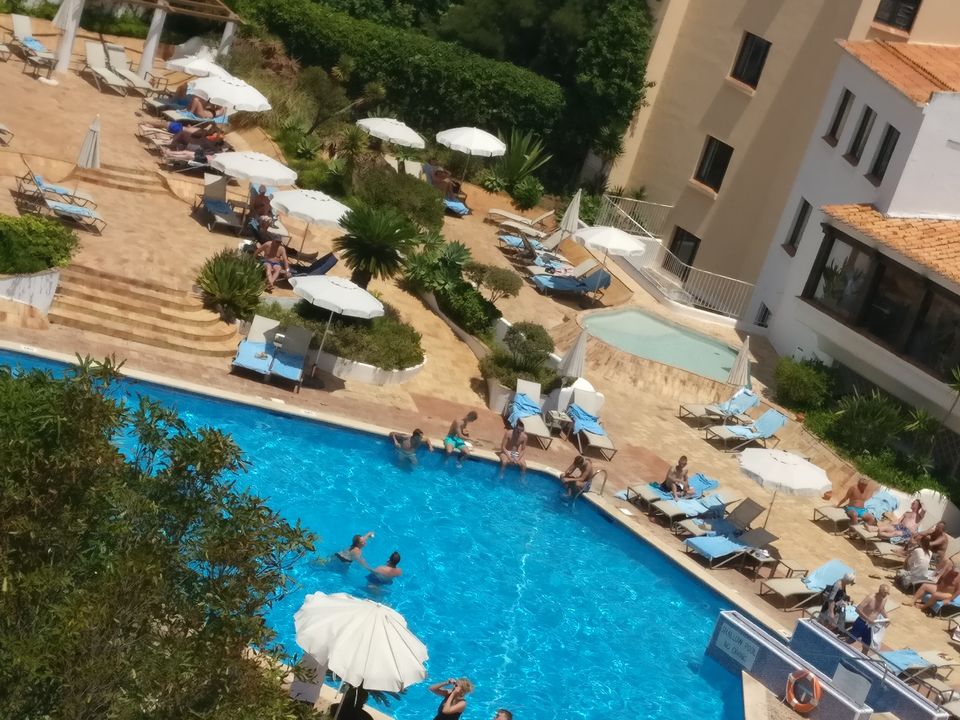 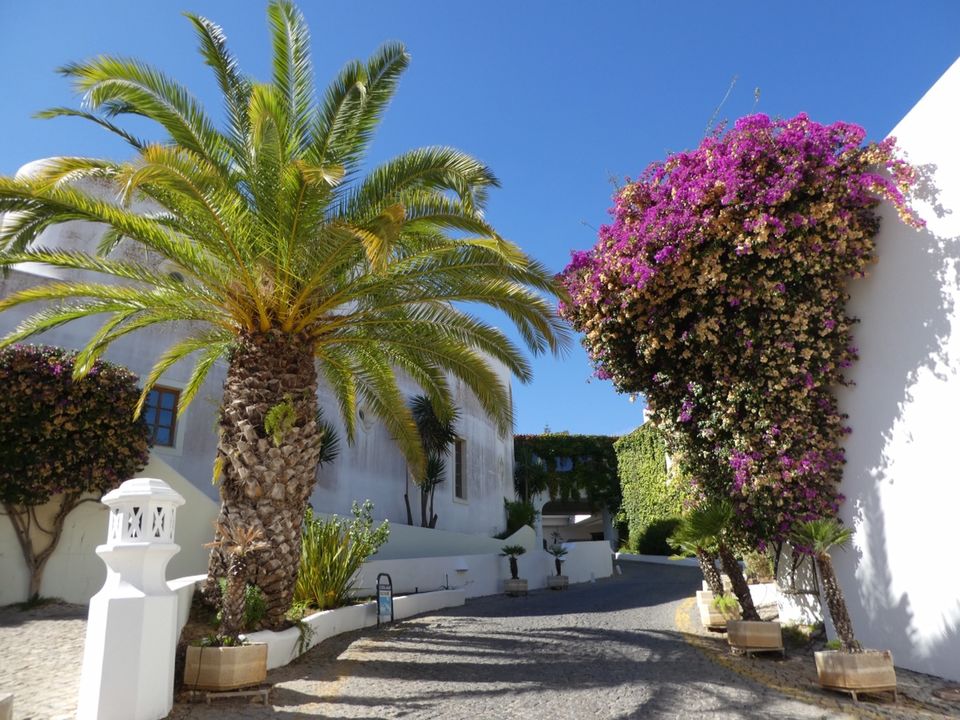 After some rest, We began exploring the nearby places. We strolled along the typical Portuguese mosaic style pavements down to the marina which was surprisingly quiet on a Sunday afternoon. As we walked, we crossed by Bandeira Fort and reached the Batata Beach and spent the day there.

The beaches are all lined up one after the other with a small cave like structure to pass by. The most popular beach is the Praia da Batata beach as its the nearest beach from the main centre of Lagos. It is called the Batata beach as some centuries ago “Batata” meaning Potatoes were traded from there( as told by the tour guide). Wondering if that’s how the word Batata reached Mumbai. 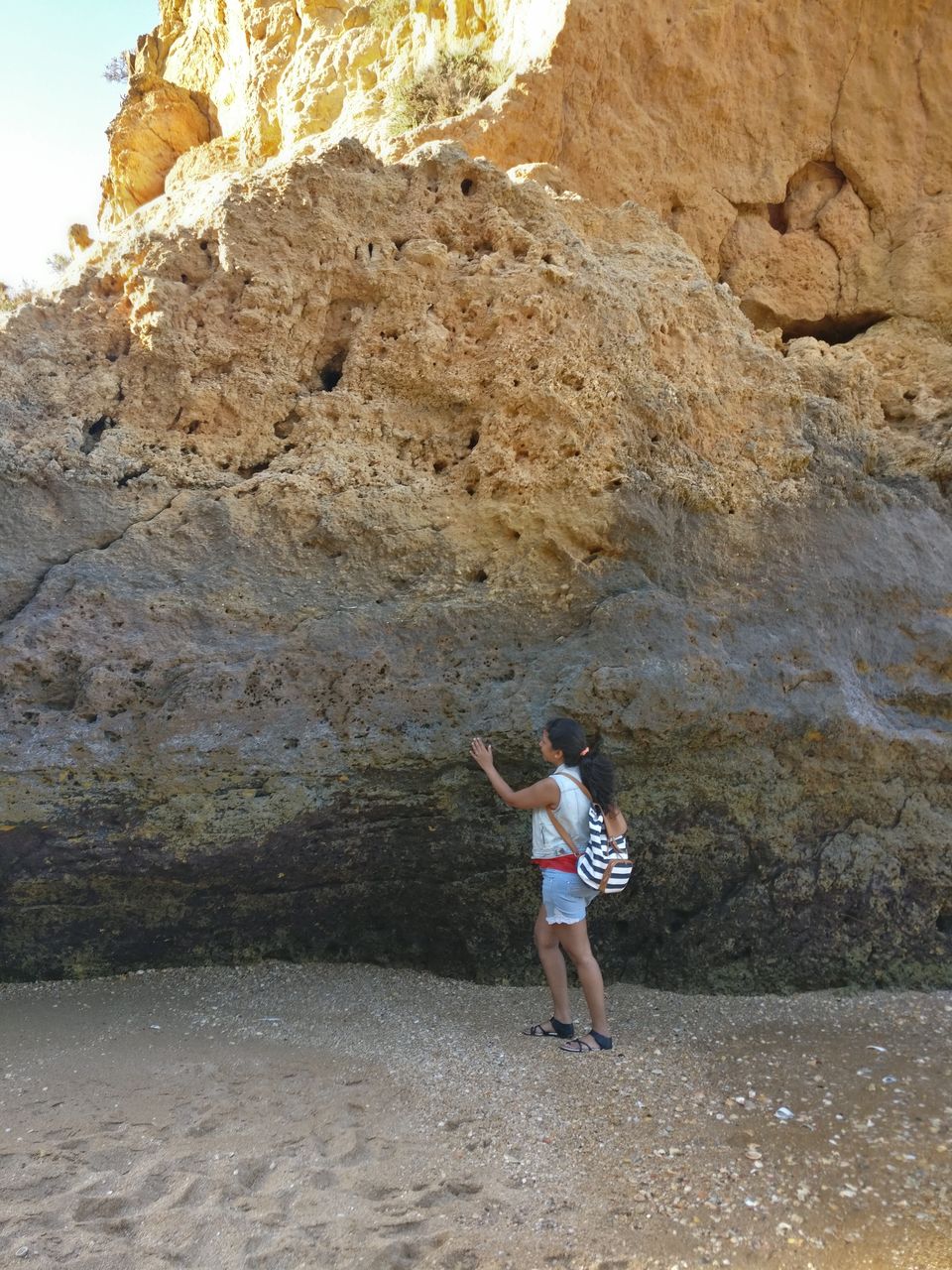 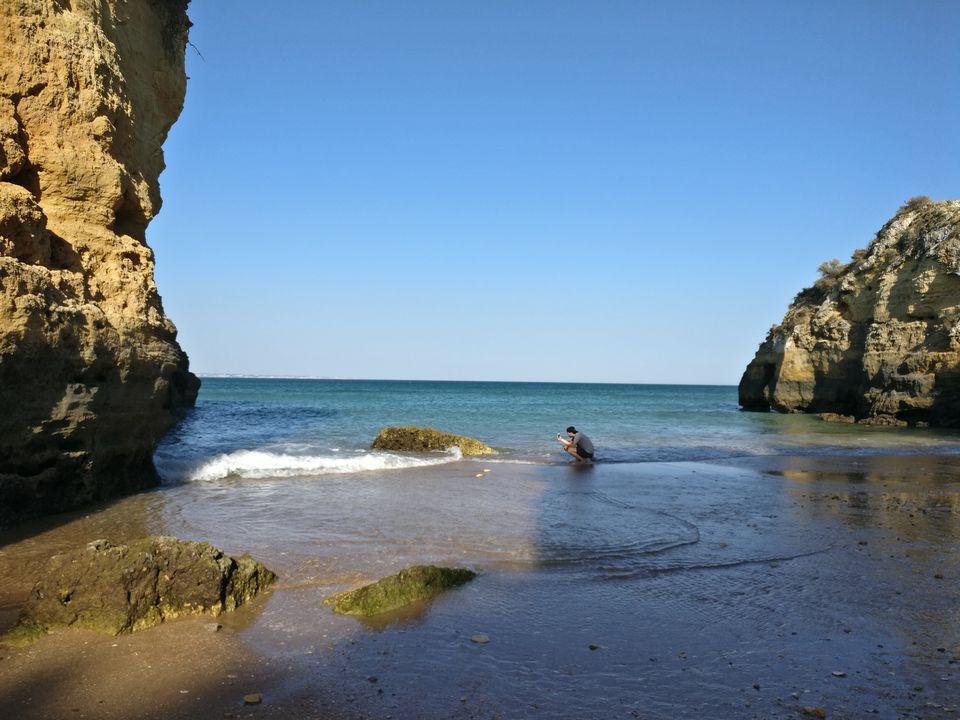 You cant return from Portugal without seeing the caves and the Grotto’s here in Ponta Da Piedade. They are natural rock formations depicting various animals and stuff’s, with a slight golden color that makes the place unique and beautiful.

There are a lot of tour agents at Marina de Lagos who take you to a boat ride around and inside the caves for 20 Euros and a 2 hours tour. If you’d like to do something adventurous then Kayaking is also an option here. While I was on the boat with a clear blue view of the water and the caves, I felt truly out of the world, as I had not seen something more peaceful yet astonishing at the same time.The soothing sound of the waves as your boat moves, mixed with touch of the breeze that refreshes you and the golden colored rocks right in front of you creates magic and makes you go week in your knees. 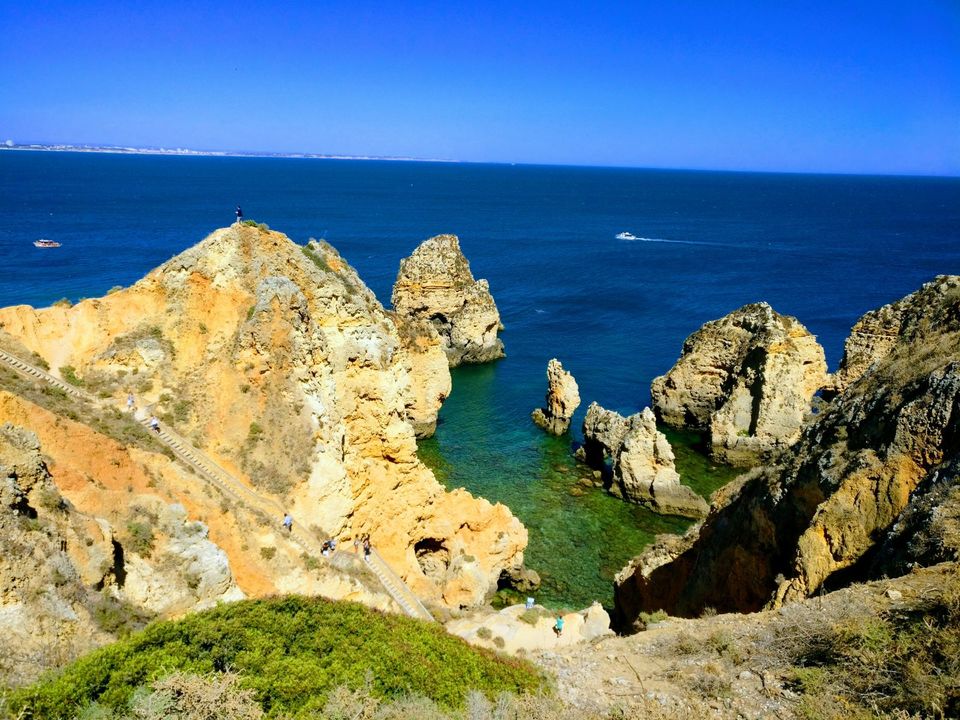 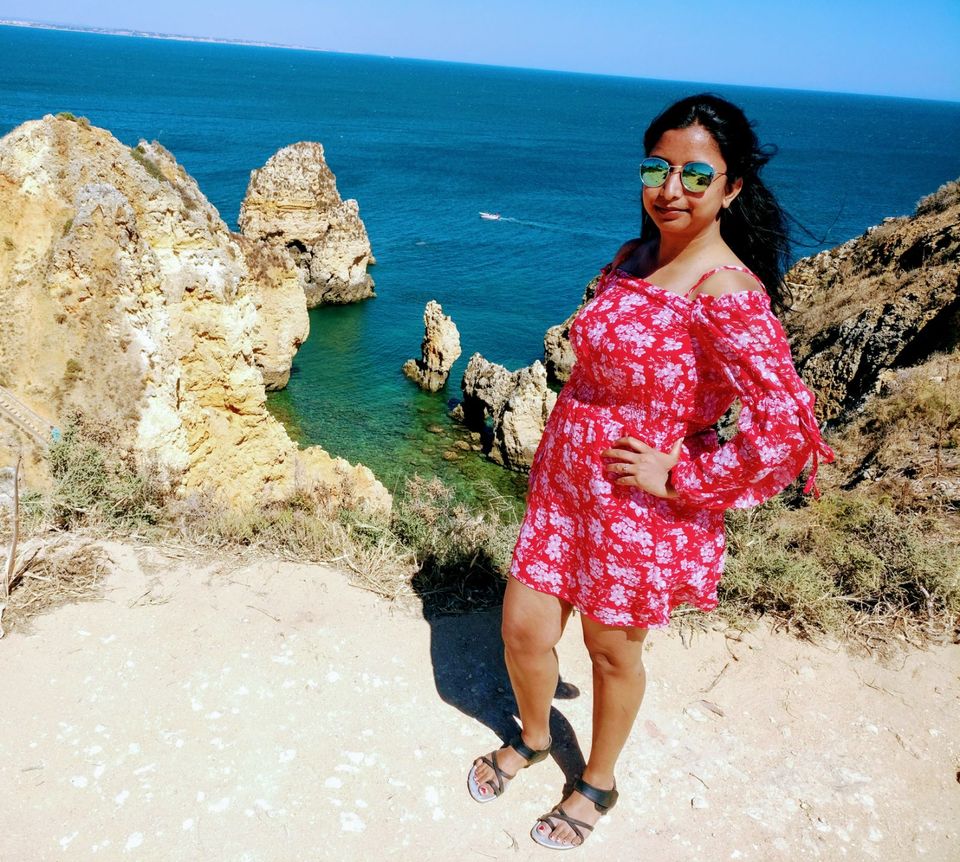 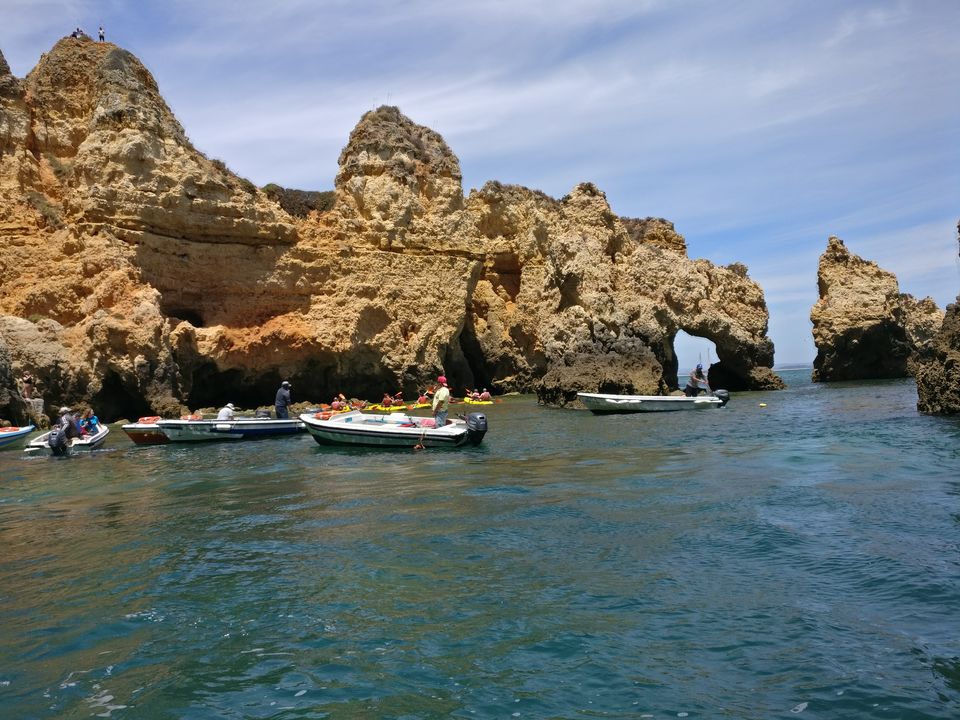 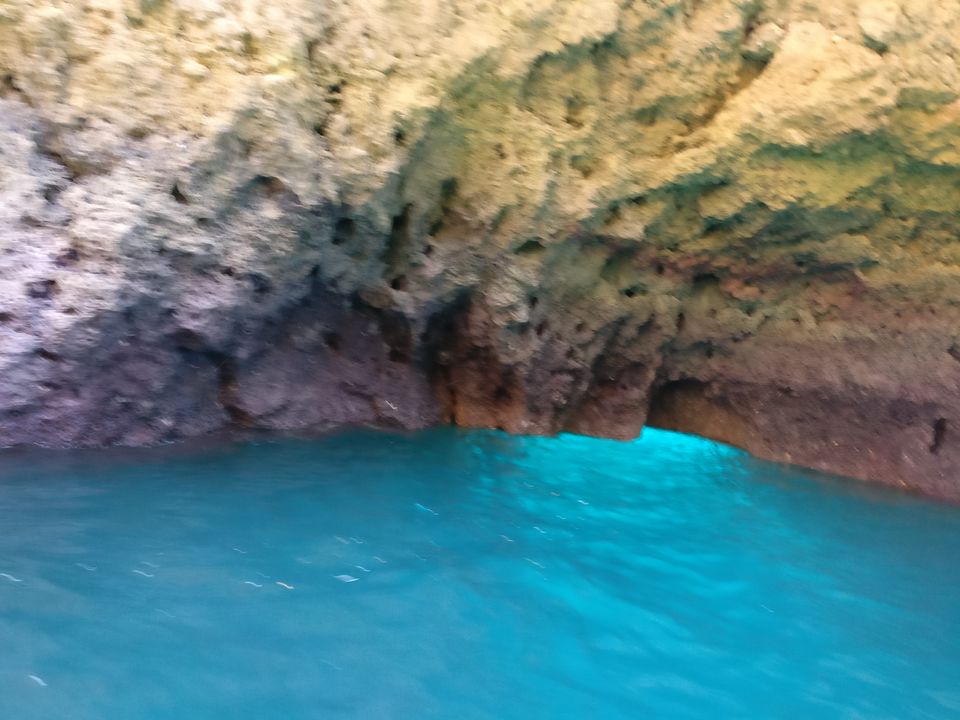 We took a train ride from Lagos to Portimao to see the most exotic caves of Benagil. Tickets to Portimao cost €4 return for the 20 minute journey. From Portimao there are a lot of tour operators who take you to Praia da Benagil. This is far away from Lagos but not to be missed. 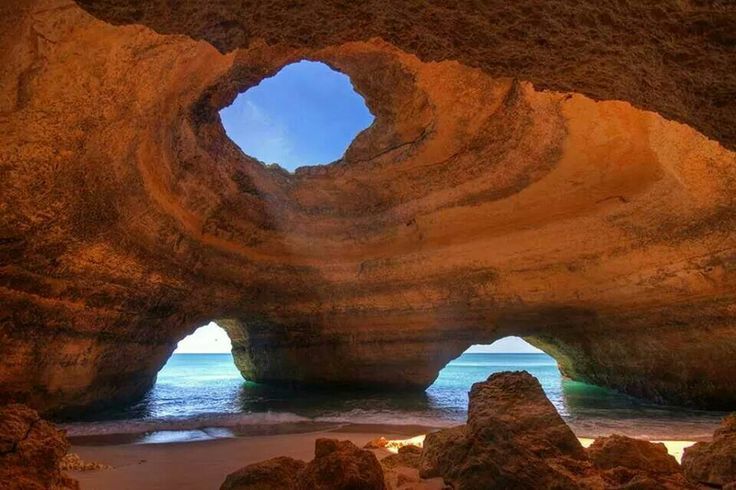 Centuries back when people did not know about America, this was called as the “End of the World”. Since this is the last point in a Village called Sagres in Portugal. We booked a Jeep tour from Sagres Discovery which included Hotel pickup and drop, an off road experience, a visit to the Lighthouse,Cape St Vincent and a secret spot to watch the Sunset along the Atlantic ocean. Near the lighthouse, there are a few German stalls selling sausages and one of them is named as “Last Sausage before America”!! ;P 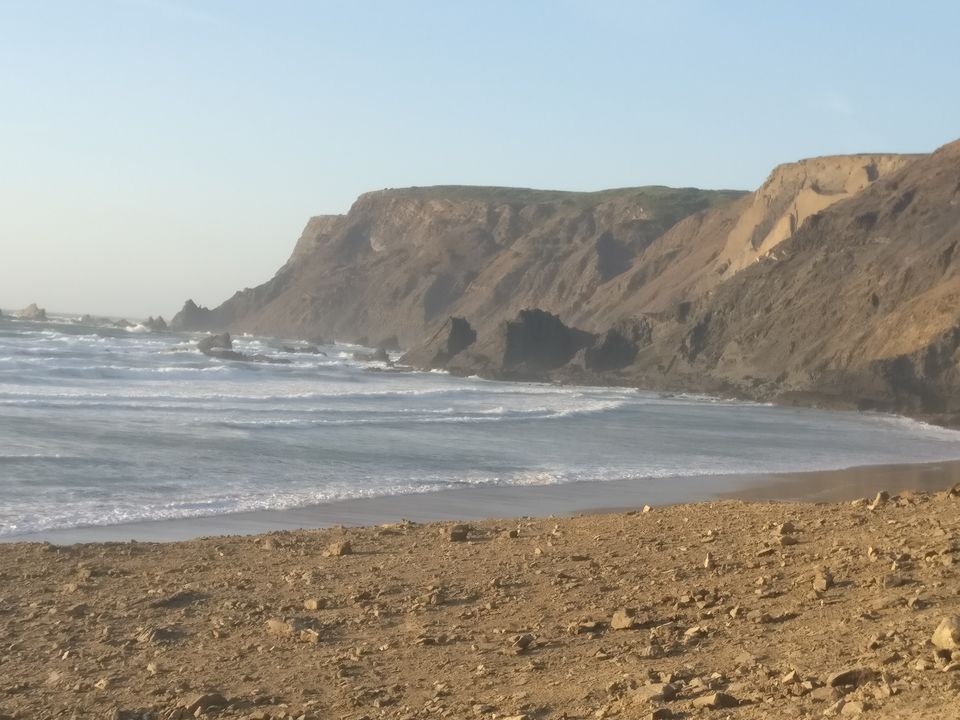 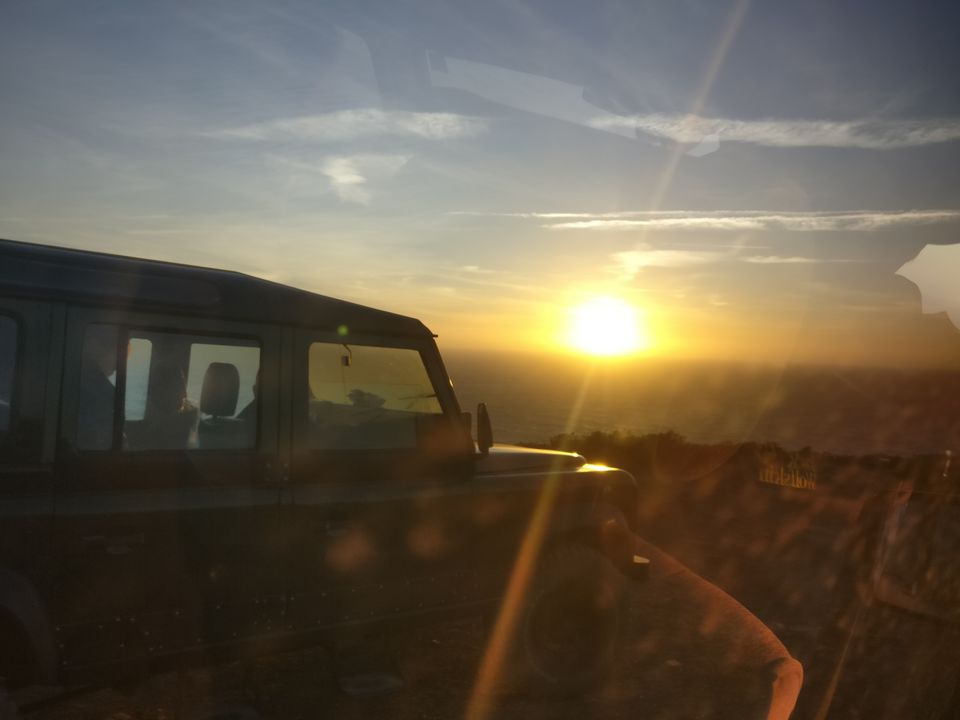 I strongly recommend taking a tour from them as they are the locals of Sagres and there is no better way to get an insight about a place than from the person living there himself. He had a lot of stories to tell about the place and we thoroughly enjoyed every bit of the trip with him.

Watching Dolphins in the Atlantic Ocean

We couldn’t think of a better way to end our amazing stay here than to end with a “Watching Dolphins” experience in the Atlantic Ocean. We were taken a few miles further in the ocean in a small boat and we waited till there was a sign of dolphins swimming around us. And when I spotted one, I jumped like a kid who has just got a candy for I hadn’t ever seen a Dolphin for real. At least not in the wild ocean swimming freely around our boat and enjoying our company. 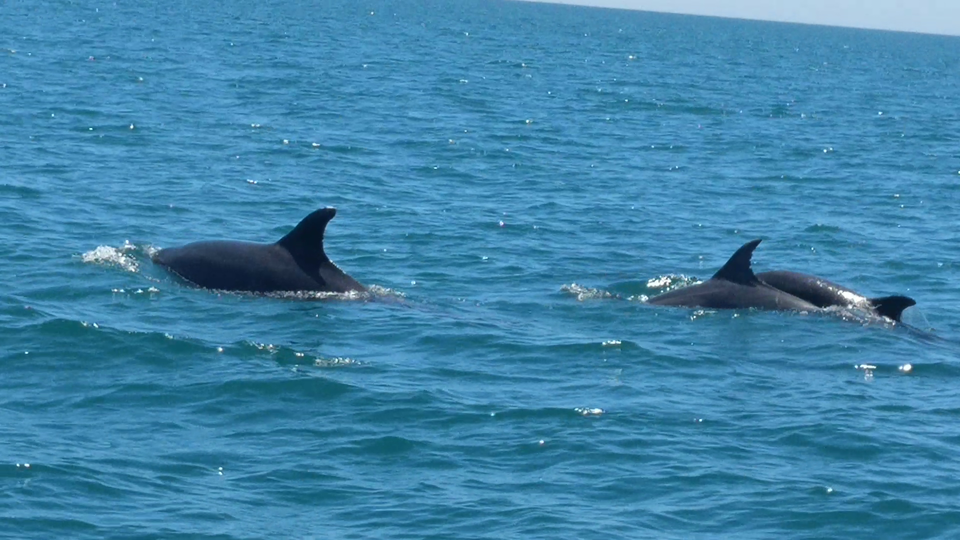 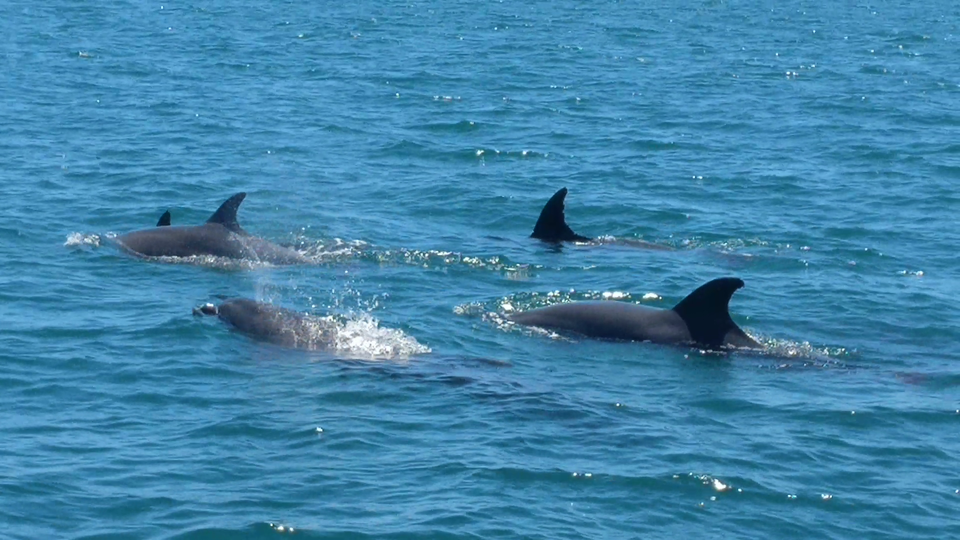 I had the best vacation ever But, I would never go to Portugal again because the cobble stoned narrow streets have me rapt in a daze, And because the the Chapel of Bones, the very well preserved Old Towns and the old “end of the world”, Sagres took me centuries back in time. It was truly mesmerizing to hear the stories of the sailor’s from the locals.

I would never go to Portugal again because it is so very difficult to leave the historical Old Towns and Gorgeous Beaches and to bid goodbye to the amazing locals (who are very very hospitable and helpful) and to accept the fact that there is no other place like Portugal,to realize you will miss the awesome beauty and vibes of Algarve.

“I would never go back to Portugal because the Homecoming is Awful!!! ” (Although I come back to a place like Amsterdam).