A unforgettable memory of Cellular Jail(kalapani) 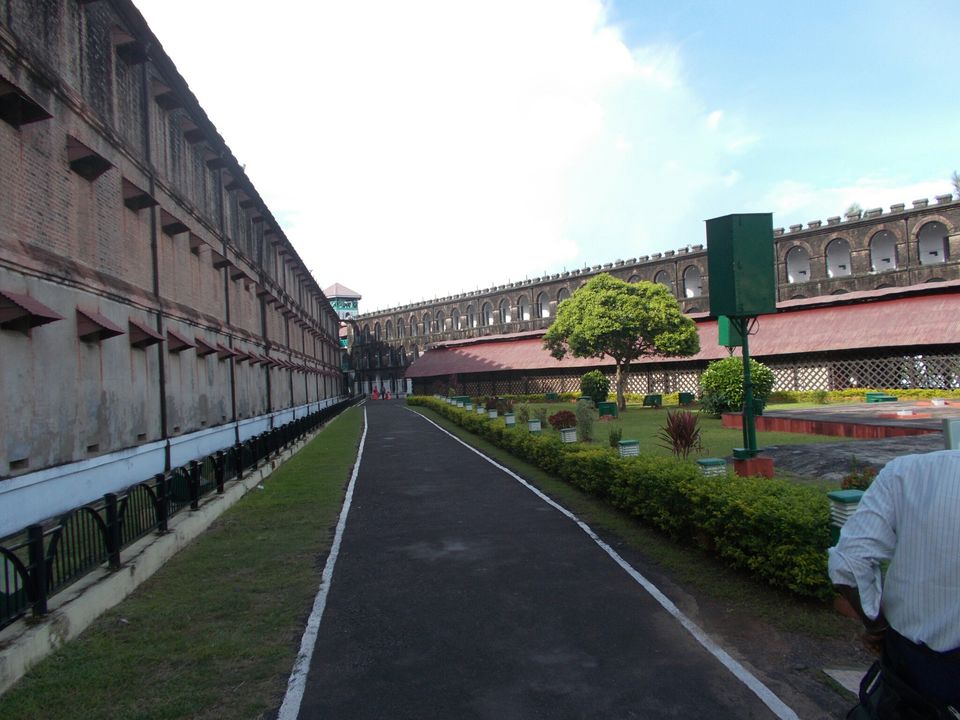 The same day ,we reached portblair by Air India flight at 8:00 am and transfered to hotel, there we get to know that our cellular jail visit scheduled for that day. Believe me by that time I did not expect that I was going to experience some unexplainable moment which I could cherish my whole life. First we reached the cellular jail though we have booked a car but any one can hire a auto or car from portblair city and buy entry tickets for Rs 10 per person and enter the jail. At first what I saw the amar jyoti for the memory of all our legend freedom fighters, from there we went two step ahead and took right and found the room where many legends were hanged till their last breath the room is still the same but as a memory now. Then you could go to the museum where they display the struggle of fighters what they go through their last day of life (may be I couldn't explain it properly). Then we went to the main jail which have seven wings then but now only three wings are remaining. While we go reached the 1st floor we found a number of styles are placed there with the name of our great freedom fighters from there I found some name common and many more which I didn't find in my history book(though I read history only till my 10th class). In 2nd floor I found the cell where beer Savarkar was prisoned for several years. I could only have the courage to visit only that cell because there is enough light but rest of the cells are little more suffocating any one could guess their struggle and their love for country. And then we reached the top of the jail and from there to see the bay of bengal is an excellent experience and if it possible then see the sunset also and the light house which you could find on the back of 20 rupee note. Because booking was for second light and sound show ticket so we had to left it before 5:00 pm. After leaving the jail we roam around the city and wait for the show. And then our time had come we reached there before the time and wait exact opposite of the cellular jail in a play ground or you could say a park. After entering the venue we take our chair and seat quietly and then the announcement heard please switch off your phone just then I found the chair which was I saw before in the museum. The show is started with a patriotic song which gave me goosebumps and described the tale of kalapani and the history of that chair where the jailer Major James Pattison walker used to seat and tortured the prisoners(freedom fighter). From there I get to know because of the building structure and strong security the two Savarkar brothers were in the same place but couldn't meet or came to know about each other for two years . Like the every tale, it has also came to it's end and we all left the venue with mix of feeling(feel proud and pain for our brave freedom fighters who suffered so much and take their last breath but never compromise,feel greatfull because we born in an independent India and hatred towards British raj). When leaving remember the lines which I saw in jail museum -Yeh tirth mahatirtho ka hai, mat kano ise kalapani,tum suno yahan ki dharti ke kan kan se gatha balidani.

And at the last all I can say if you go  Andaman then must visit the cellular jail and see the light and sound show(ticket only Rs 50 which nothing for the memory you gathered). 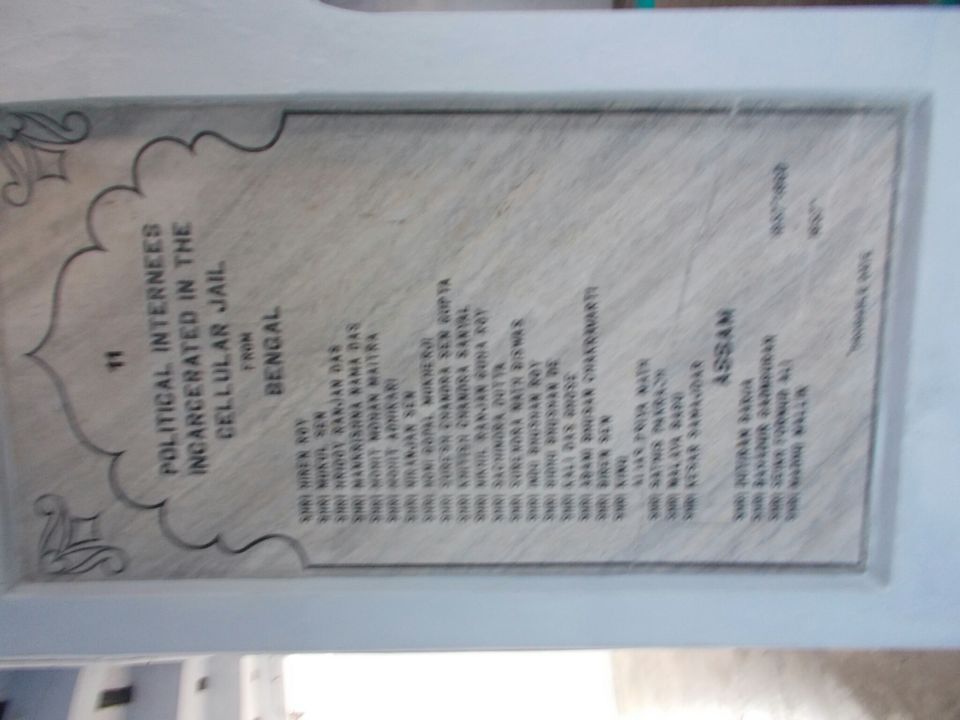 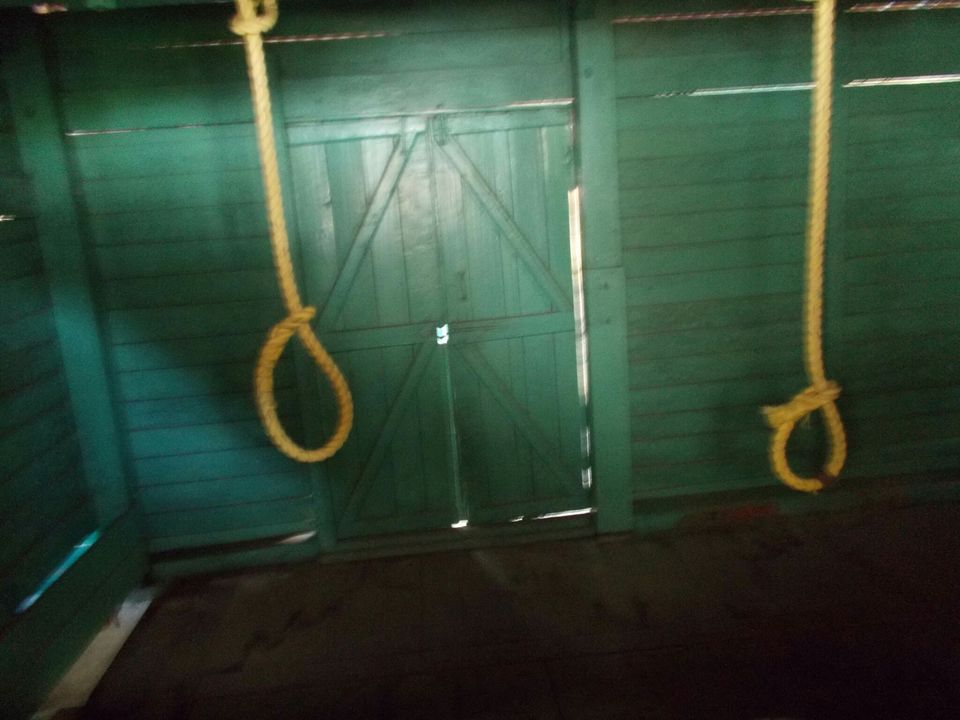 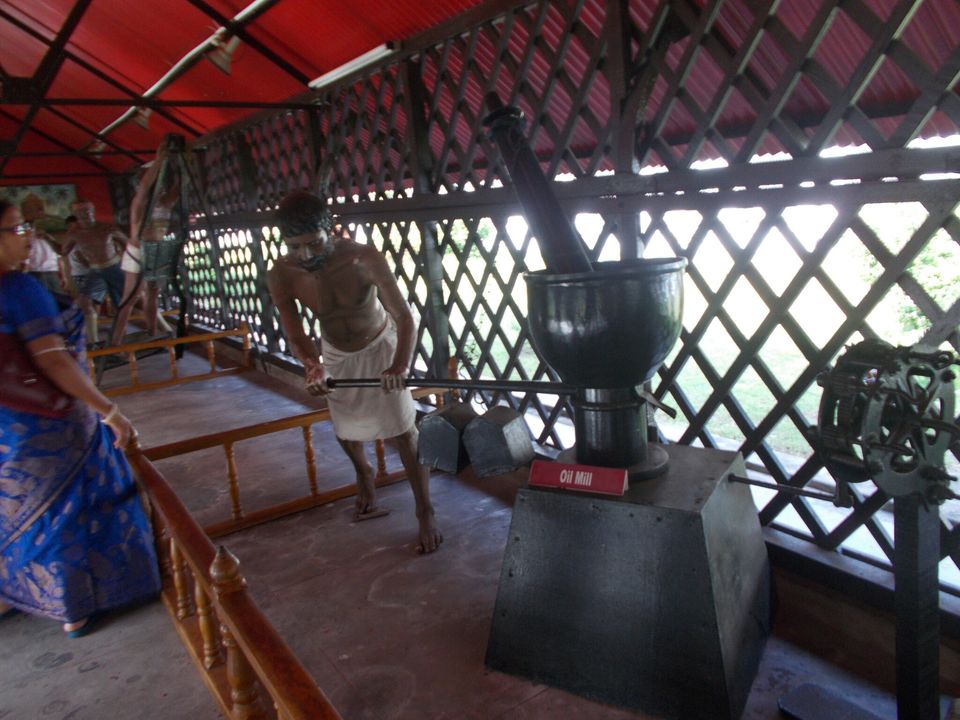 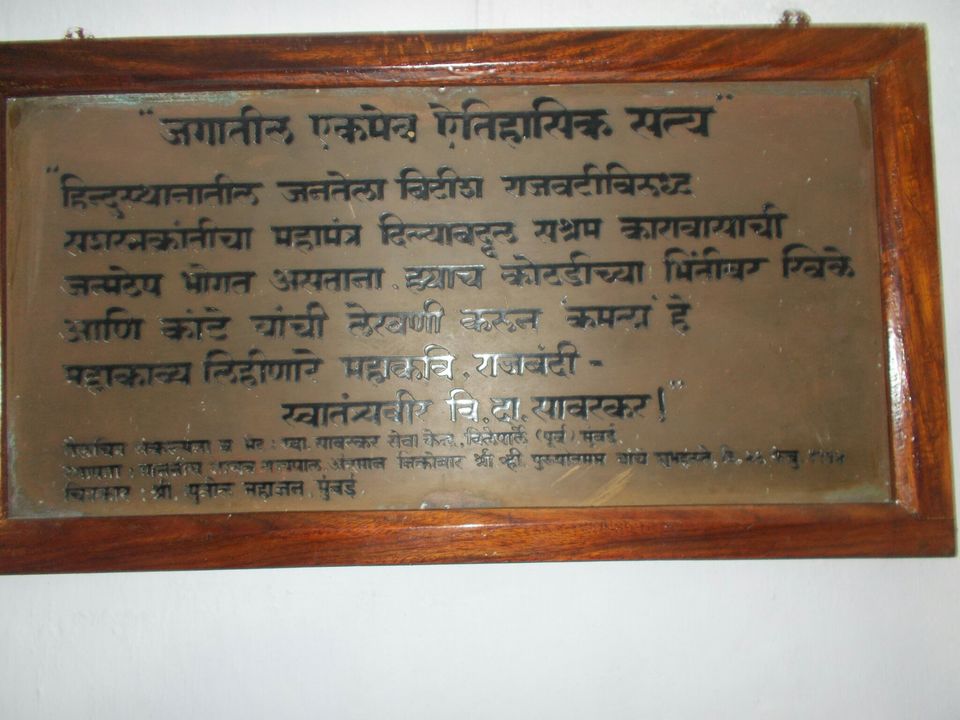 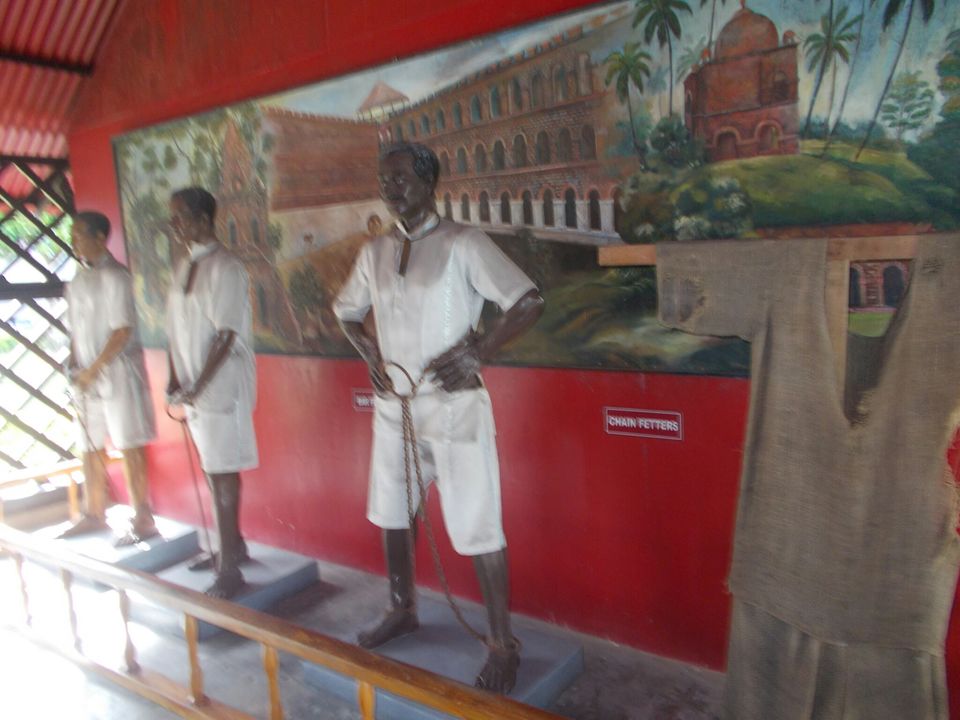 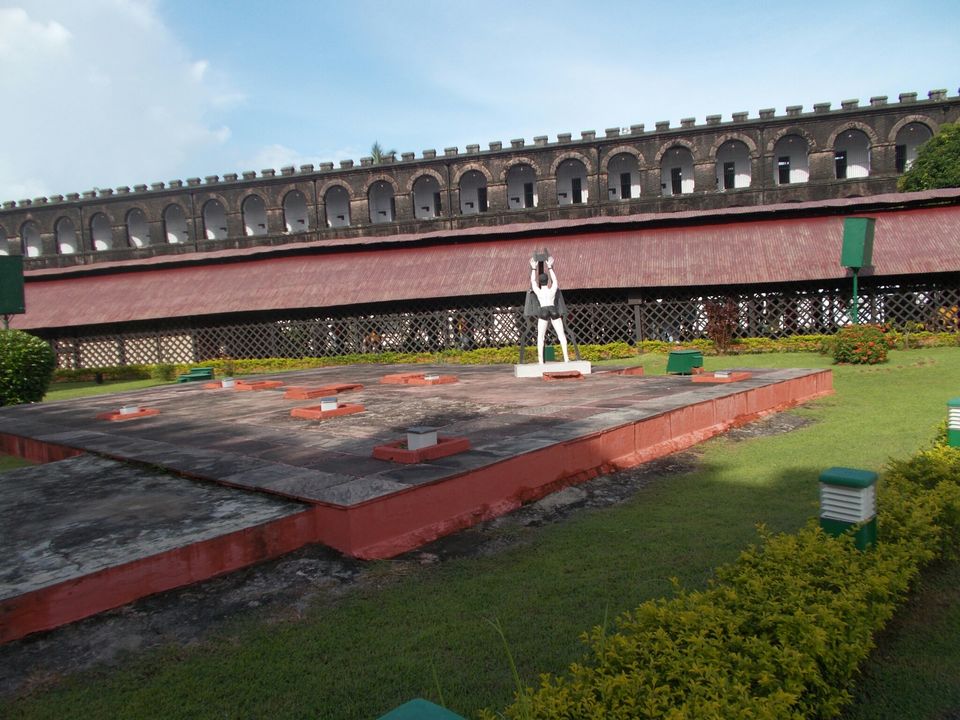 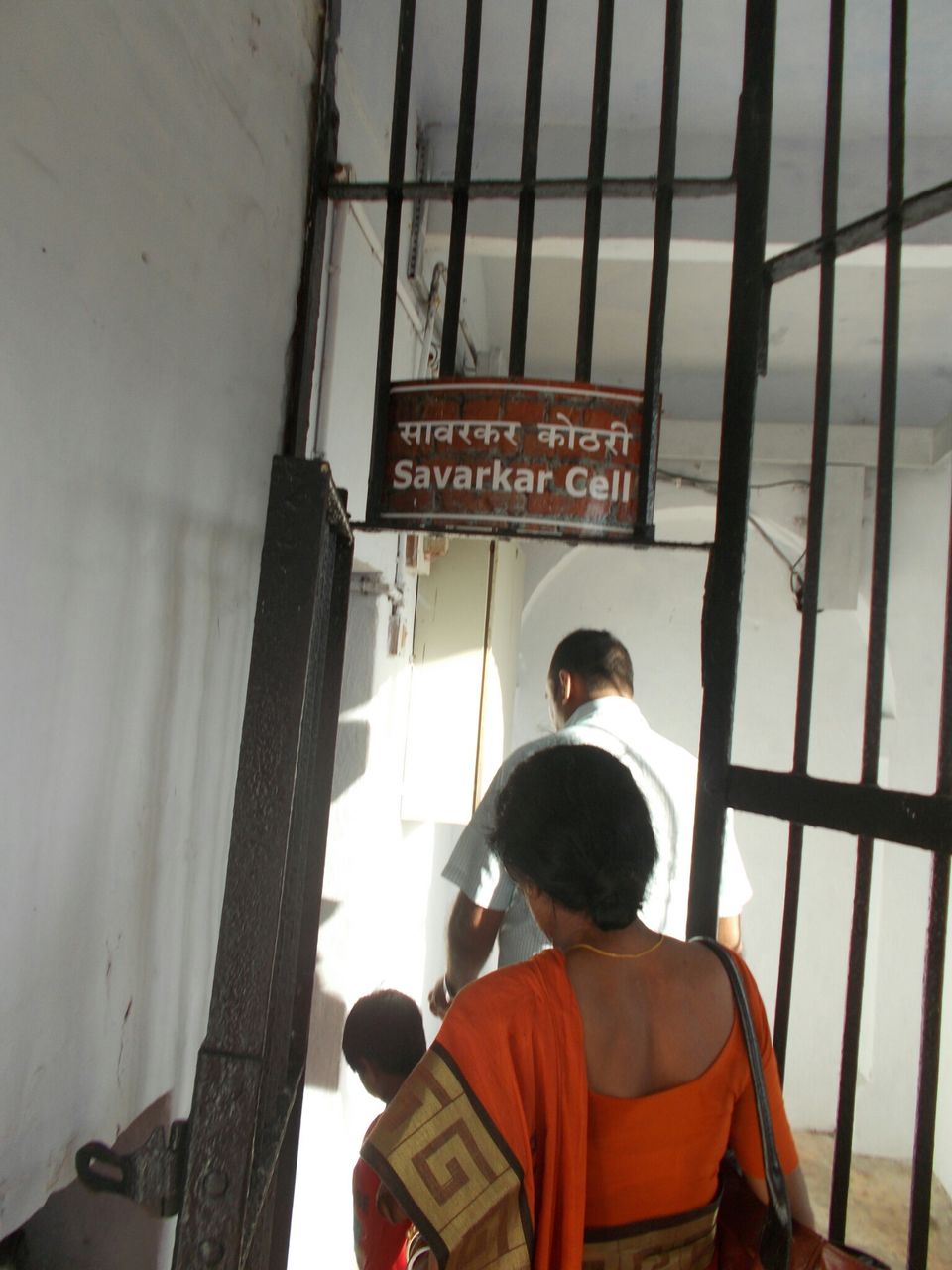 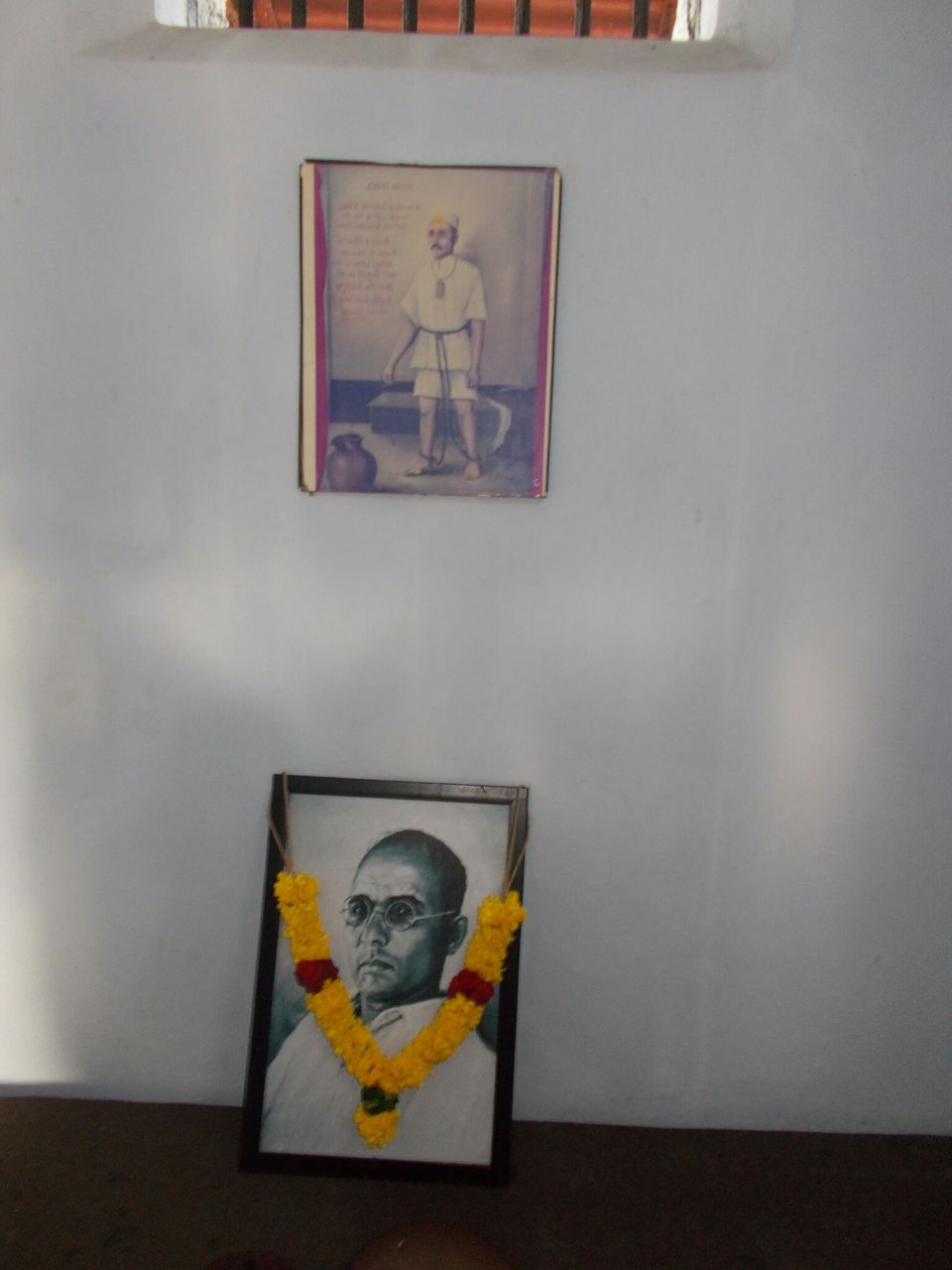