Lepakshi - A Hidden Gem In Anantpur 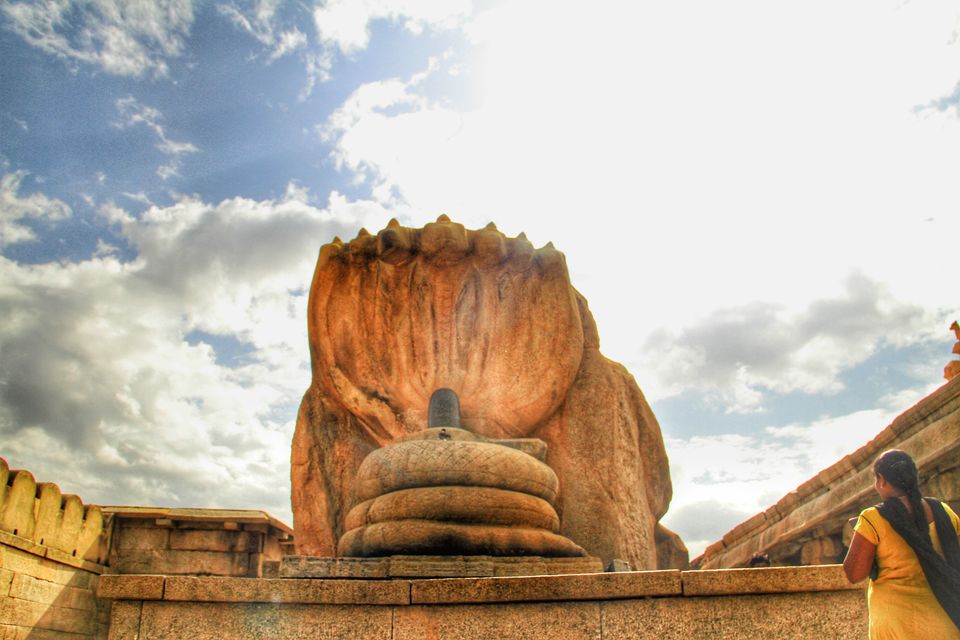 Hidden in a small village in Anantapur, Lepakshi is a culturally and archaeologically significant place. Built during Vijayanagara King’s period, the priceless Veerabhadra Swamy Temple in Lepakshi is perched on a tortoise shaped hill called the Kurma Saila. The architecture dates back to 16th century and is a feast to art and history lovers. This ancient temple is dedicated to Lord Shiva, Vishnu and Veerabhadra and has beautifully carved inscriptions on each pillar. Every pillar has a unique carving on it that makes any art lover rejoice with happiness. Going from pillar to pillar itself is a fascinating journey for art fanatics. Amidst the sculpted pillars and the pristine idols, the temple silently echoes Vijayanagar’s history through murals on the ceilings. Major attractions here are the monolithic nandi, which has been carved of single granite rock, the Lepakshi temple that has a magical hanging pillar, gorgeous open air Kalyana mandapa and a small pond overlooking the temple. The nandi is 4.5 m high and 8.2 m long and has been positioned in a place facing the Shivalinga, which inside the temple. The architecture of the temple is an epitome of sheer brilliance, the hanging pillar in the temple premises stands as a testament to that. It is a wonder to witness such magnificence. Was it the invasion, famine or just pure jealousy that stopped the completion of the open air Kalayana Mandapa, only Nandi, which is outside the temple acts as the sole witness to what had happened 5 centuries back. 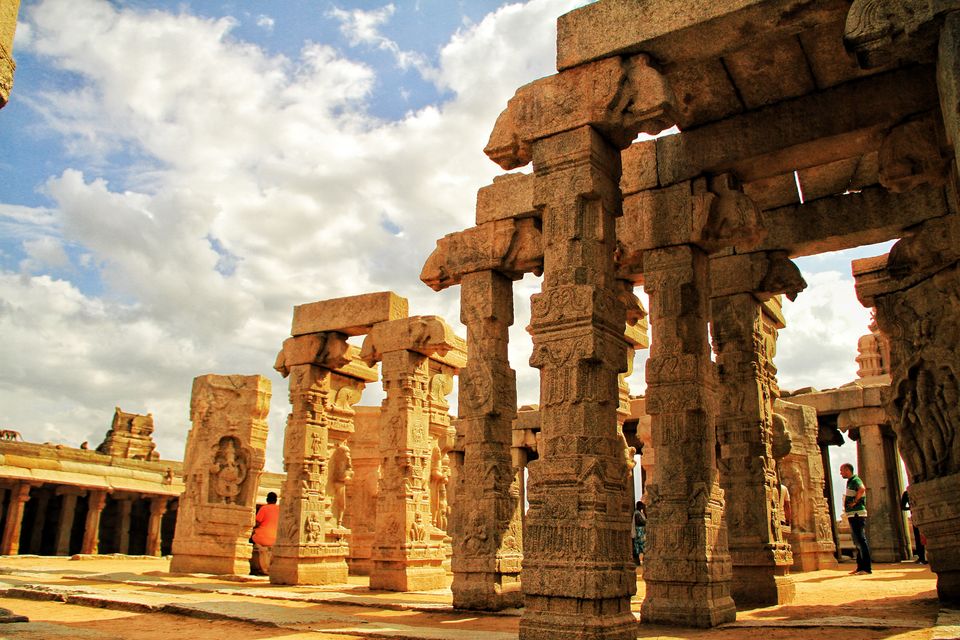 Lepakshi is located in Mandal, a small village in Anantpur district, which is 120 kms from Bangalore and 15 kms from Hindupur. When one travels from Bangalore, except the last 20 kms into the village, the remaining roads are tolled highways and it takes around 2.5-3hrs to reach Lepakshi from Bangalore city.

There are two interesting myths associated with Lepakshi’s origin. This place has a significant role in one of the great Indian epics Ramayana. It is said that the bird Jatayu, was wounded by the King of Lanka, during Jayatu’s futile attempt to save Sita from Ravana. As the result of the battle, Jatayu’s wings fell off on the rocks here. When Rama reached the spot, he saw the suffering bird and said affectionately, “Le Pakshi” (meaning “Arise, bird”) in Telugu. 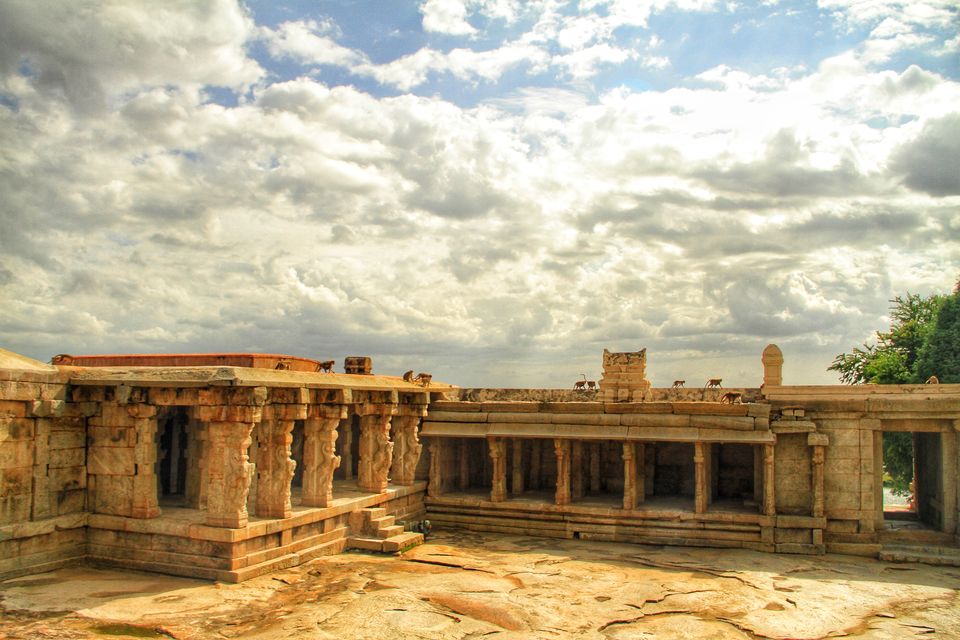 This is not the only story around Lepakshi’s origination. Legend has it that two brothers Viranna and Veerapurana were Governors under Vijayanagar’s king Achutaraya. Veerapurana had a son who was blind since birth and was believed to get his eyesight back while playing around the Shivalinga in the temple premise. But the rumours spread the Veerapurana had stolen the Kingdom’s treasury to cure his son’s eye. On hearing the same, King Achutaraya ordered the soldiers to take away Veerapurana’s eyesight. On knowing that the King din trust him, Veerapurana himself took off his eyes and is said to have thrown them against the half-contructed Kalyana mandapa walls. Thus the name Lape-akshi (the village of the blinded eye) came into existence. Reports also claim that later a British scientist had found the blood stains on the walls of the mandapa.

Lepakshi is a tiny village which is also known for its silk weaving. Dharmavaram is a place where the silk gets weaved into beautiful sarees. This is major occupation in these areas. The paintings on the temple ceiling depict the designs on these silk sarees. 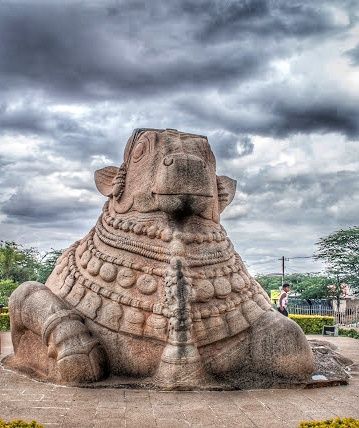 The beauty and heritage of the place is untouched and unspoilt because it’s not explored by many tourists or travellers. It is a perfect day trip for people in Bangalore. This acts as a feast for all the heritage, art and nature lovers as they can explore the place in leisure. The only thing the visitors should keep in mind is that, there aren’t enough restaurants in the town. There is one vegetarian restaurant across the street from the temple. Apart from that there are not many options. Hence it always better to carry sandwich/juice to be on the safer side. 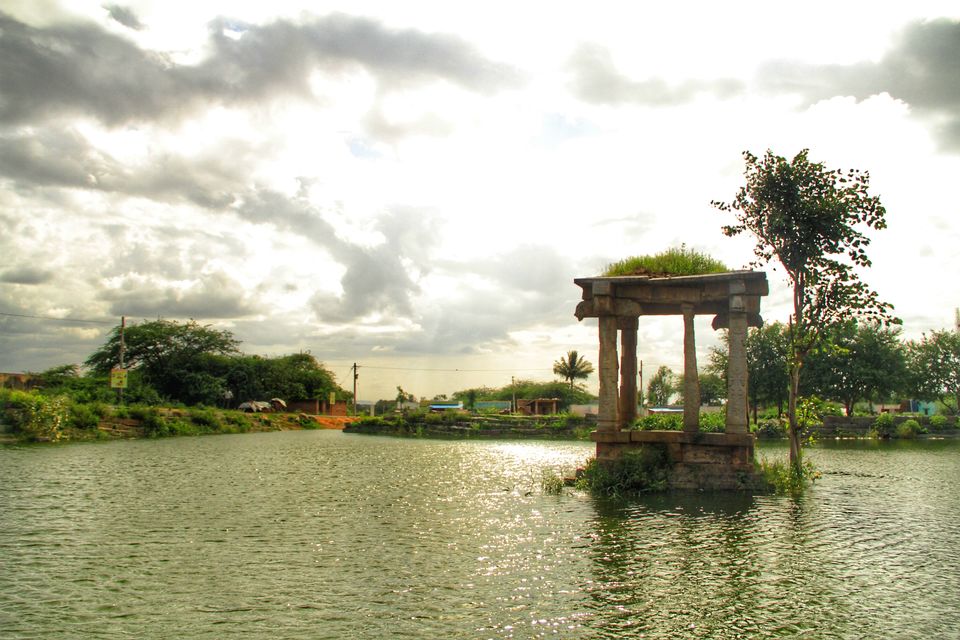