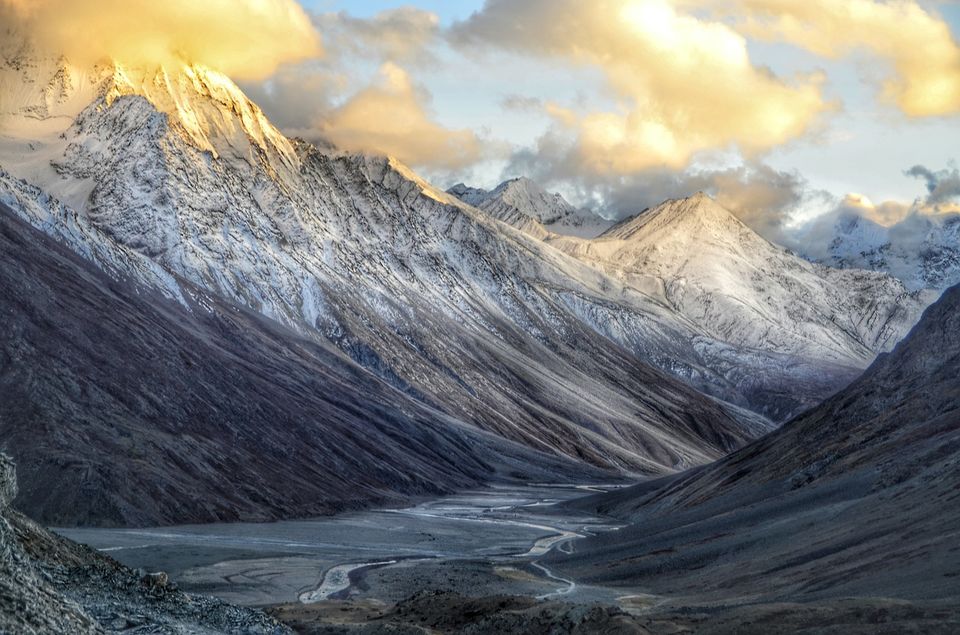 Lahaul-Spiti, the largest district of Himachal Pradesh, is a region less-explored and barely-invaded. Tucked between Himalayas and Tibet, the region is naturally protected from a cultural intervention. And as such, Lahaul-Spiti continues to preserve a large fragment of its culture. The rituals performed in the region are unusual; their beliefs unique; and their folklore unheard of.

Lets have a rendezvous with some of the unusual practices in Lahaul-Spiti:

1. Langtang – Langtang may sound very usual if it is told to you that it is a kind of tug-of-war. But the catch is that the rope in this game is tied to the neck of the participants of the opposing team who pull each other with full force and jerk, making it hazardous.

2. The Traveling Deities – Tree trunks with casually carved head and legs are covered with vibrant clothes and carried as deities in a procession called Yatra in the lower Spiti region. Gyebang and Dabla are the popular deities who travel throughout the region over a month. Yatra is attended by a large number of people with musicians and performers who bring flavour to the procession.

4. Sex & Morality – Morality and sex are different matters in the society, and adultery is not considered sinful. Boys and girls mix freely, and sex beyond or before matrimony is not a questionable act. Things have been changing rapidly though with the influence of culture from the plains.

5. Polyandry – The brothers of a family may also share their wives with their consent. Five brothers may share one common wife. The single wife enjoys a high status in the family, and raises children as belonging to all the fathers and not just one. The people following this practice find virtue in it, and refer the case of Draupadi, citing how it helps keep brothers together and not let the property be divided.

6. Kunch Biah – In the upper region of Lahaul, a girl and boy may agree to elope and marry. The boy comes with his friends and they perform an act of kidnapping where the girl cries and pretends to get rid off the kidnappers. However, she agrees later and walks with the boy. At the boy's home, a Chhang (local beer) party is held. Next day the elders from the boy's family visit the girl's parents and apologise with an offering of Arak (liquor). The girl's family usually accepts the apology along with the wedding.

7. The Devil Dance – The devil dance is performed by lamas in the monastery for a large crowd on a festive occasion. The lamas wear masks that resemble the spirit of devil which can be in the form of monsters, dragons and skeletons. Rituals are performed by lamas to guide these evil spirits to their destined fate.

8. Lhas – The evil spirits that reside in gorges and streams. People believe that Lhas are shape-shifting spirits which can be seen in the form of cattle, human or floating lights, and aim to harm any human who comes close to them.

9. Making The Cut – It is believed that evil spirits are enticed to enter the body of a dead human if it seems perfect. Hence, as soon as a person is declared dead, cuts are made on the body to make it imperfect and not let the body be taken over by evil spirits. If the body is taken by evil spirit, the locals claim that the dead rises, and sometimes gets violent too.

10. Deceiving Death – Mit-Shale is the ceremony performed to trick death. When the Tana Mana (Buddhist exorcists) and medicine fail to recover a person from illness, a sham funeral is arranged for the ailing person. A life size effigy of a younger person is made with barley, and is decorated and dressed up. The effigy is brought to the cremation ground, and is dissected and burnt. The person is declared dead to the angels of death, and thus they are deceived.

Intrigued by the culture of Lahaul-Spiti? Why don't you experience it yourself!