Asia Travel GuideAsia TripsUntouched Lands In The God'$ Own Country

Untouched lands in the GOD'$ OWN COUNTRY 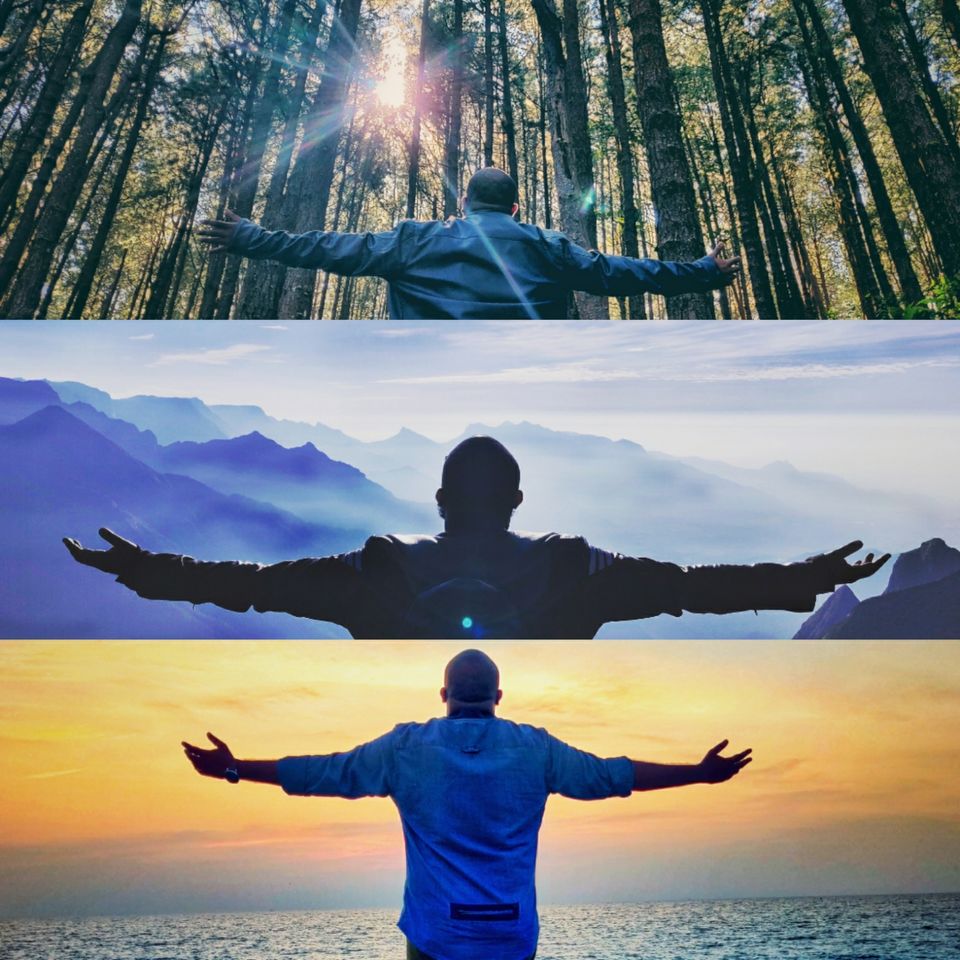 THE MOUNTAINS
On january 12th 2020 started the first installment of a prolonged journey that will be spread through out the year. To escape the harsh reality ie living a 9 to 5 job to meet the two ends of life and meeting the needs of family, we always forget that you need to breath sone air, and travel is the best remedy
First in my list of places was IDUKKI the spice garden of kerala. Idukki is considered as ravishing beautiful breathtaking woman. If you have ever ridden through the twists and turns of the hi ranges of idukki in  a foggy morning you will realise why she is called so. There are almost 50 or above known and unknown places around idukki she s an explorers paradise. So as baby step i thought of circling IDUKKI in a single day in a single  stretch

After a lot of local enquires and mislead routes from google map, we reached KATTADIPADAM (Windmill farm) you have to take a high ascending terrain to reach there,but once you set your eyes on the windmill from far away you are in for a treat,because the view is really magical ,the windmill seems to grow from tiny little thing to gigantic machine as we reach closer pheww its really something to see Apart from the giant windmills the scenery itself is breathtaking.The humangous blades of windmill slowly turning in the backdrop of clear blue sky a lush green valleys is really something that will make you smile There are total of 20 wind turbines in the farm.It took almost 20 years for the government agencies to study wind pattern and submitted a detailed report on the potential of harvesting power from wind as a source of alternate energy source.After realising the perks of clean energy resource State Government gave green light for the the windmill farm,and it officially started working on April 8 2008.
Compared to thermal,hydro and atomic power sources where pollution ,waste management and ecological risks are too high,Wind energy with zero pollution opens up a whole new level of clean energy

The view from the wind mill farm 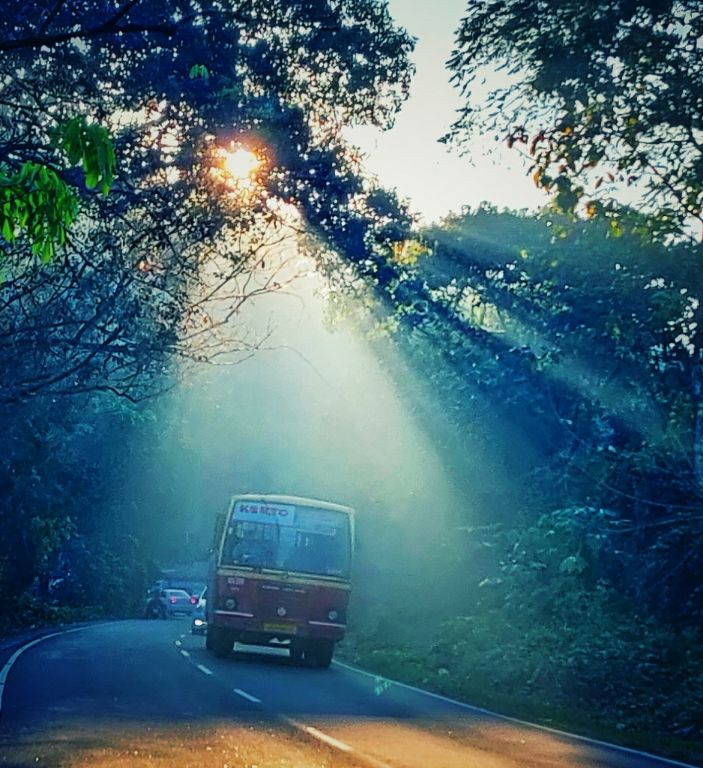 Under 5 km is our next destination RAMAKALMEDU
Ramakalmed is a green lush meadow with historical myths,statues a magnificent view point.Its located in the Karunapuram panchayath just 15 km away from Nedumkandam in Thekkady. Ramakalmedu is in western ghats and is situated 3500 ft above sea level and is an extremely beautiful view point,from here we can easily see Tamilnadu villages such as Cumbum,Theni,Kombu,Thevaram etc. The place is of high intensity wind,on reaching there you will fell like you are inside a corrisor of wind that will make hard for you stay firmly on the foot. Ramakalmed has the highest recorded wind intensity all over Asia 35 km/hr
Now about historical side of Ramakalmed. Ramakalmed has a history aging back to Eamayana itself. The name Ramakalmed derived from Land of Rama's stone because its belived that while on search of Sita his beloved wife who was kidnapped by Ravana the demon king of Lanka Lord Rama rest his foot in this place,that is one story. Now the other part is of the magnificent statue erected at the top of Ramakalmed of KURAVAN & KURATHI. Its said that Kuravan and Kurathi are 2 historical figures who helped the authorities to find out the apt location to built the IDUKKI DAM,in memory of that in 2005 in leadership of architect C B JINAN beautiful monument of Kuravan and Kurathi was erected there 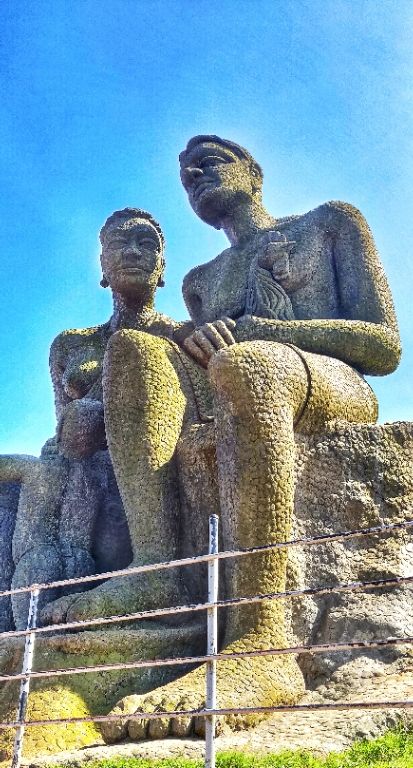 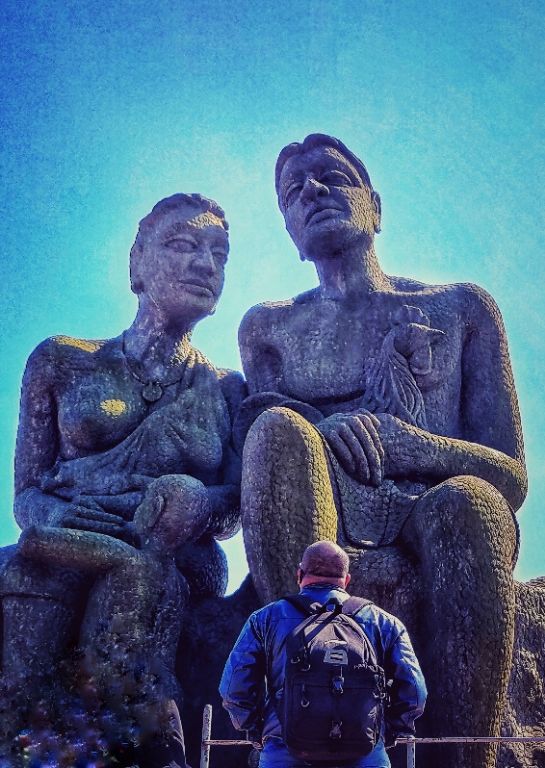 The panoramic view to Tamilnadu 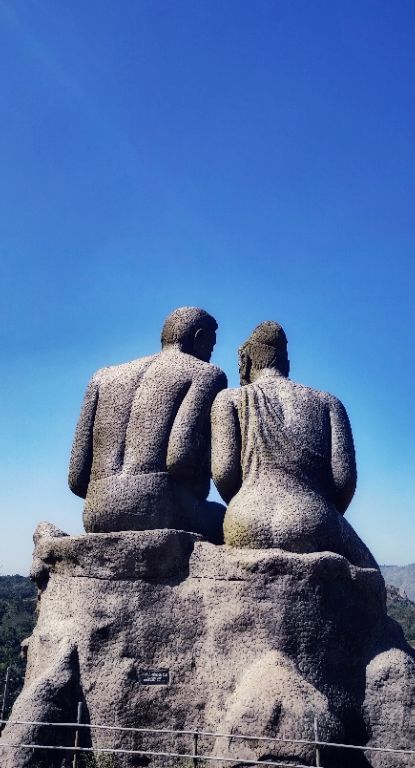 3. ANCHURULI
About 29 Km away from Ramakalmedu is our next destination its kind of weird place that someone would visit beats almost all geners of mainstream destinations,  its ANJURULI a 5.5 km long tunnel that connects Irattayar and Anchuruli Idukki resevoir.  Its just 3km away from Kattapana kuttikanam state highway.  The name derives from 5 small hills around the tunnel, Anjuruli meaning 5 vessels
Anjuruli is an emerging tourist attraction,because of that reason its a little unfreindly to reach the tunnel. You have to descent a small steep carved in the side of a small hills,chances to slip and fall is high so you have to be carefull and if u sucessfully descent reaching the tunnel depends on the level of water coming from tunnel,if water level is low you can easily walk to the tunnel there is a small strech of rock bed through which water flows infront of the tunnel. But if the water level is high walking through this rock bed is not advisable cause chances to slip and fall are way to high so the alternative is to stick to the corner and move along the wall of rocks at the sides,a bit adventerous. Once you reach tunnel you will notice that water streaming from one end to the other. The tunnel as said is 5.5 km long,some adrenaline junkies chooses this path for trekking too
Anjuruli is also dearest spot of film makers also Amal neerad's magnum opus "Iyobinte Pustham " s climax was shot here also the film Lord Livingston 7000 Kandi and many more films 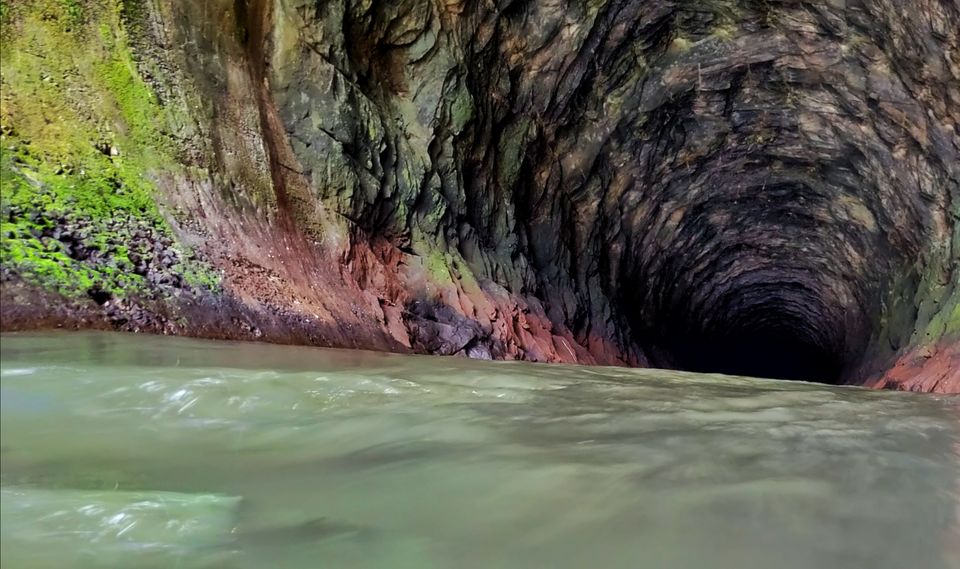 4.Calvary mounts
Calvary mount is a hilltop view point where we can witness nature at its finest cold breeze,green lush mountains water bodies that view will make you have a hypnotised for some time . Calvary mount is just 5 km away from Idukki town and in Idukki Kattapana route. From main road that's highly elevated that stretches up to 2 kms will take you to calvary mounts. Once you reach there you will a never ending breeze of cold wind,a place  of serenity and calmness,there is nothing but you and nature.
Calvary mount is not just a tourist destination but also a pilgrimage center for christians.
Calvary mount is an excellent view point other than a hill station. From here we can have an excellent view of Idukki dam, its reservoir,tribal villages such as Kamakshi,Mariyapuram etc. In a first glance the reservoir looks so vast that we will think that its a river. If you want to visit calvary mounts you better pack you bags before march .so you can witness the mystical beauty of clouds mist hills and the vast water bodies together

The only thing missing was mist

And we are marching on

As an add on bonus we tagged along the last part of the infamous pine forest which is roughly 15 minutes away from Kuttikanam. that's why i am not tagging the location. Its sone what like wonder you stumble upon across the trip. Pine forest is located at kottayam Idukki border at the edge of western ghats. So about pine forest,Its nature at its best . A person walking through the pine forest will suerly praise nature's purity and its beauty. Acres of land covered with pine trees shades of trees so vast  and in between those shades small portions of sunlight struggling to make its way towards land ,wind an the mist dancing together like clouds dancing around you the ,thats something that will make you wonder "are we in twilight movie",because if you are a  fan of Twilight movie  series this place will surely resemble the place where Bella and Edward meets and Edward reveals himself 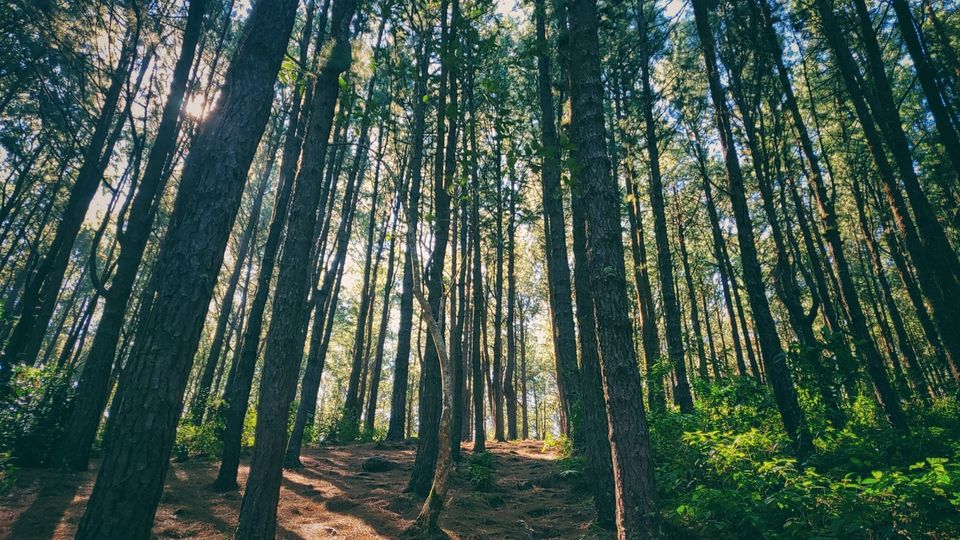