A Day in Guwahati - Gateway to North-East India 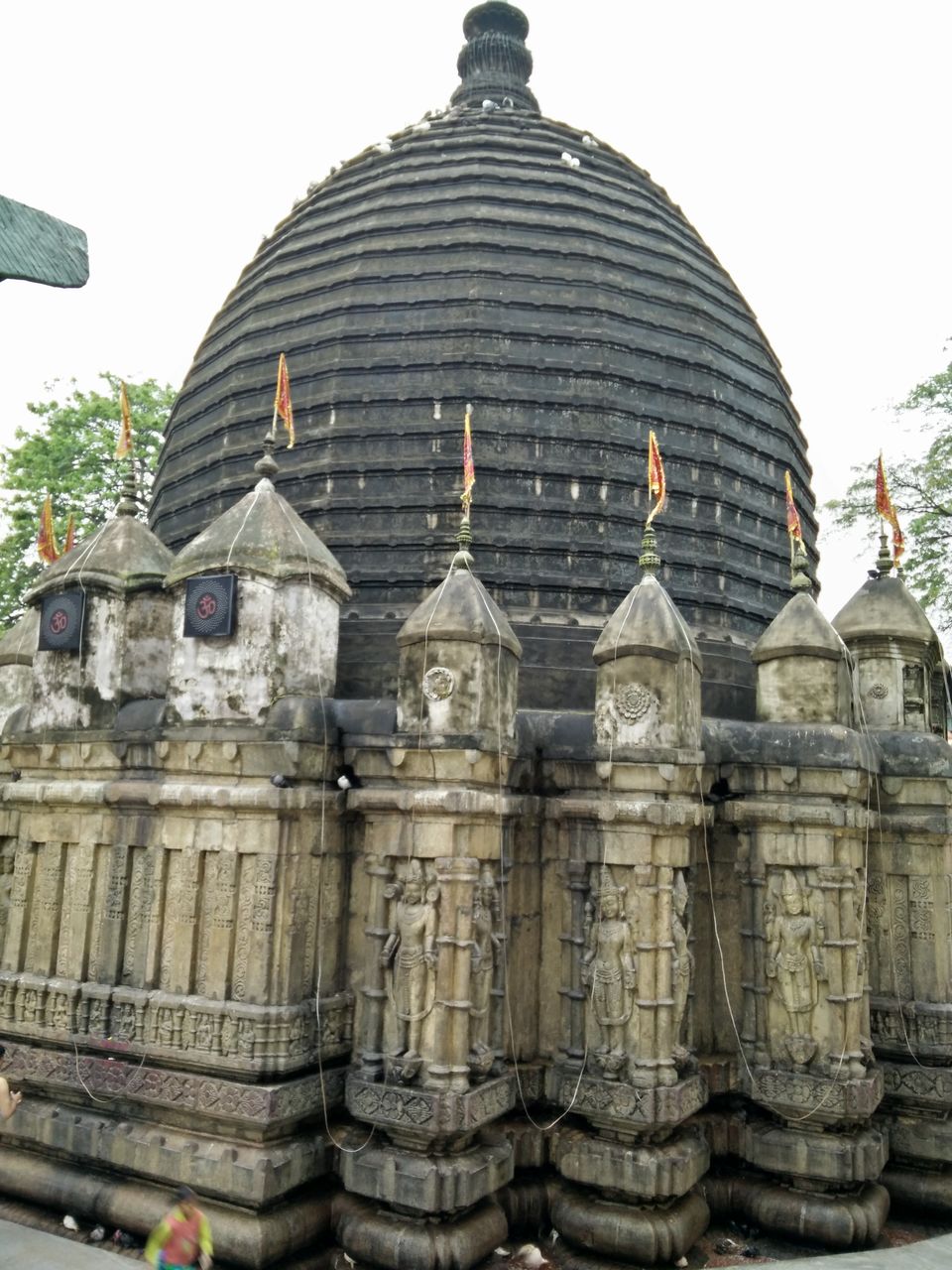 Guwahati is the largest city of Assam and North-Eastern India. It is one of the fast growing cities situated on the banks of river Brahmaputra and considered to be the gateway to North East India. The best time to visit Guwahati is October - March. You can cover the city in just a day and is one of the popular weekend getaways for the population in neighboring states.

Just as you leave the airport and move towards the city, you will see a statue of the famous singer and Padmabhushan awardee Bhupen Hazarika. A basic characteristic of the ethnic music of Assam is its descending scale which distinguishes it from the raga-based or folk music from the rest of India.

Kamakhya Temple, located at a distance of 18 km from the Guwahati airport, is the ancient Shakti temple of Goddess Kamakhya in Nilachal hill Made by Ahoms (an important seat of Tantric and Vajrayana Buddhism). The temple consists of four chambers: garbhagriha and three mandapas locally called calanta, pancharatna and natamandira aligned from east to west. Symbolic to this temple is a very special form of Sindoor, available here, made from rock and called Kamakhya Sindoor, which is believed to be a blessing bestowed by Kamakhya Devi herself, to the wearer.

Note: You can visit this temple early in the morning to avoid long queues. Also, the sun sets around 5-5:30 pm in the evening, so better to start early. You will have to climb a fleet of steps to reach the Kamakhya temple which are flanked by small shops that sell Pooja items and Prasad. 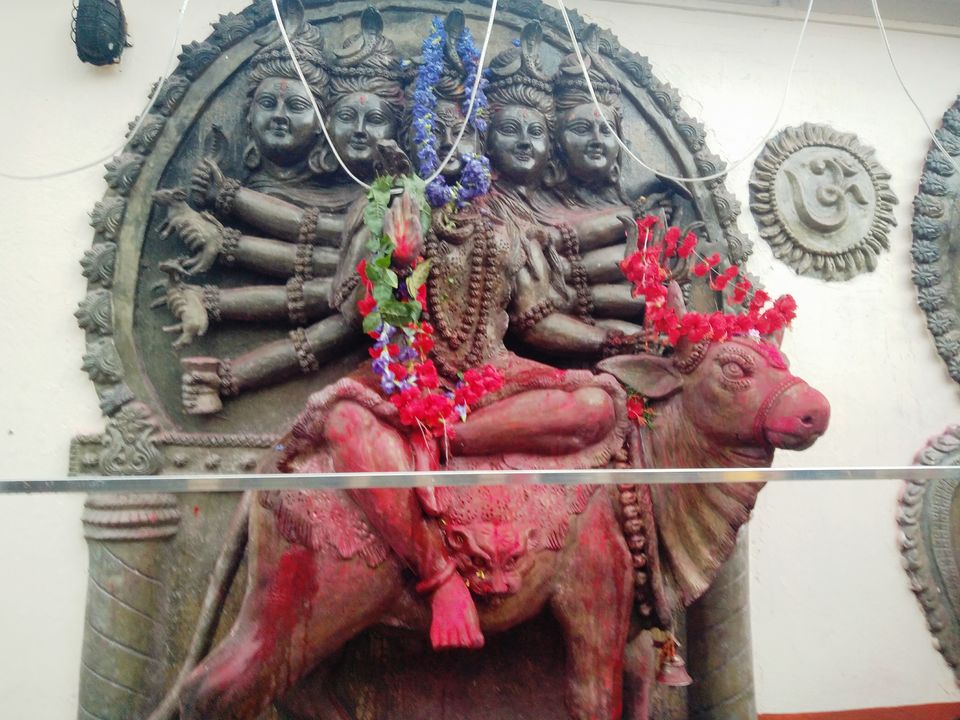 Loads of Bells hung up at the temple 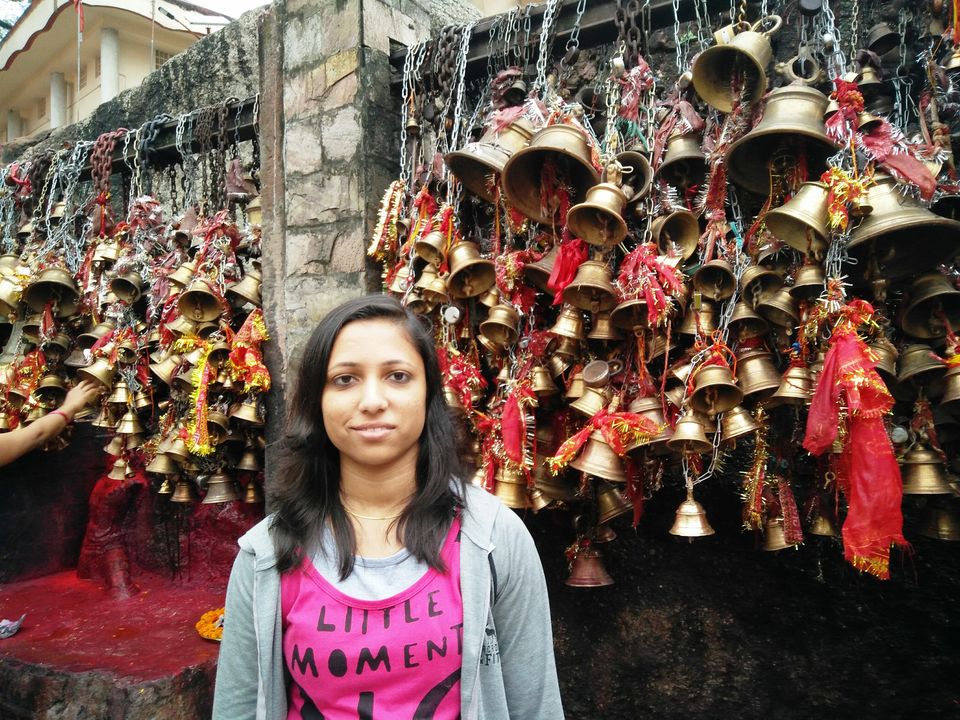 Sculptures carved on the Temple 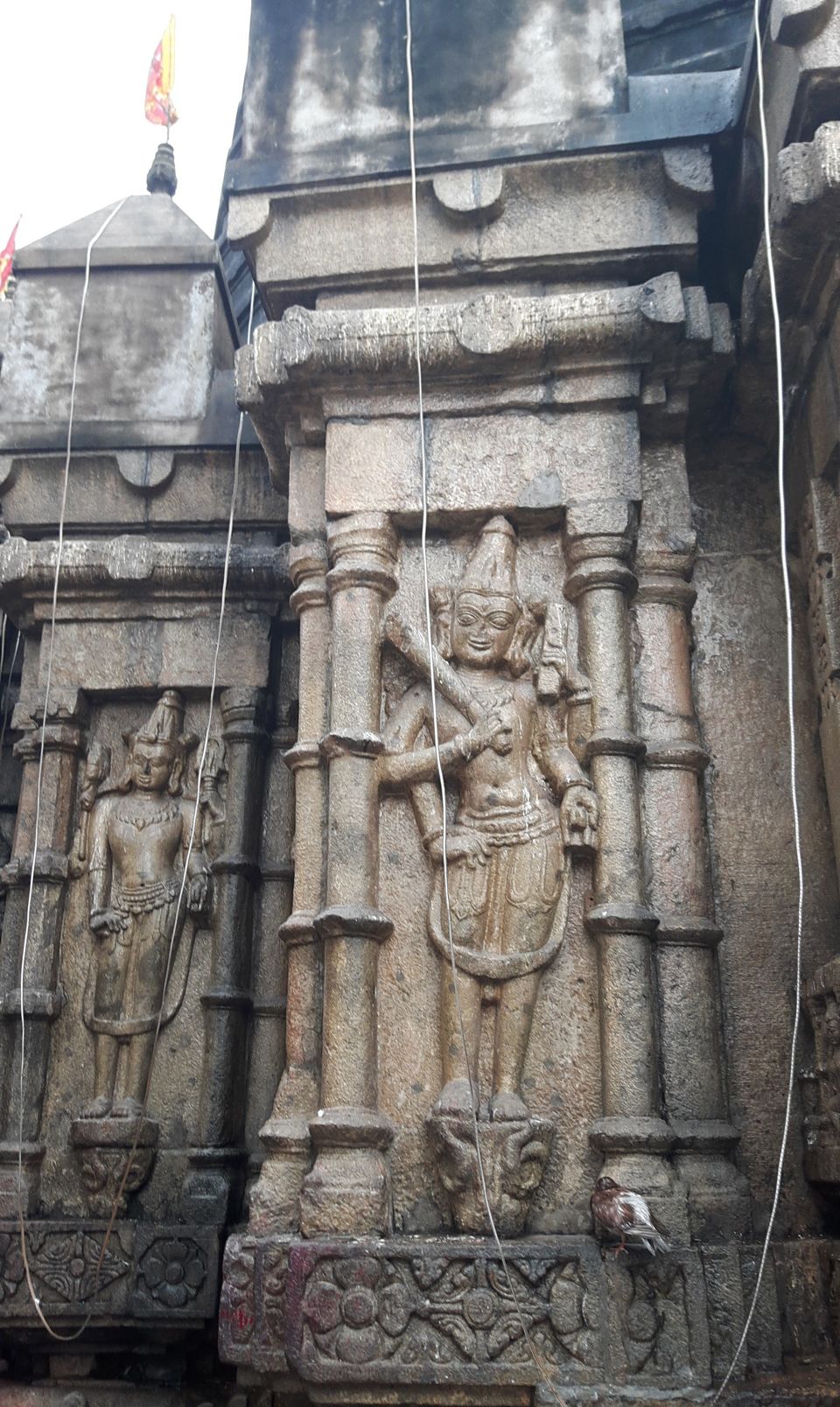 After taking blessings of Goddess Kamakhya, you can visit the Assam State Museum which is at 9 km distance. It was established by the Kamarupa Anusandhan Samiti (Assam Research Society) in 1940. You can witness a wide range of exhibits displayed viz., Epigraphy, Sculptures, Miscellaneous, Natural History, Crafts, Anthropology & Folk Art & Arms section. The sculptures from the Assam region fall into four principal categories - stone, wood, metal and terracotta. The collections which are on display here, are very rare. 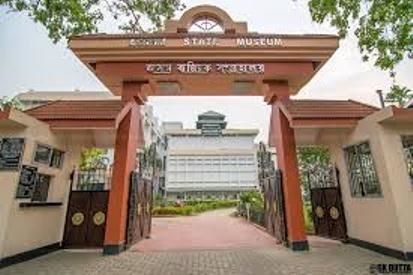 Sculptures in the Muse 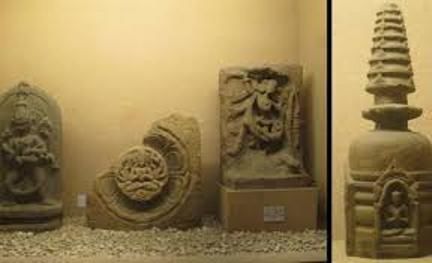 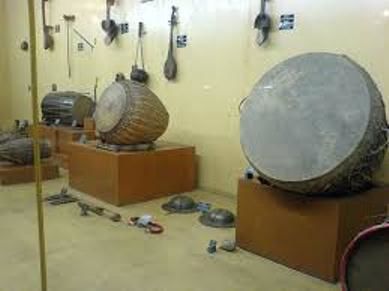 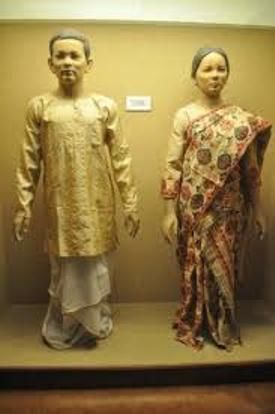 Next you can visit the Umananda Devaloi, a Shiva temple located at the Peacock Island in the middle of river Brahmaputra just opposite the office of the Deputy Commissioner of Kamrup or the Kachari Ghat in Guwahati. It is about 1.3 km from the Assam State Museum. This is the smallest inhabited river island in the world. Country boats or ferries are available at the banks of the Brahmaputra river that will take you to the island. The round trip takes about 2.5 - 3 hours from the river bank. You need climb up few steps to reach the main temple.

Government Ferry charges: Rs. 20/- per head to and fro 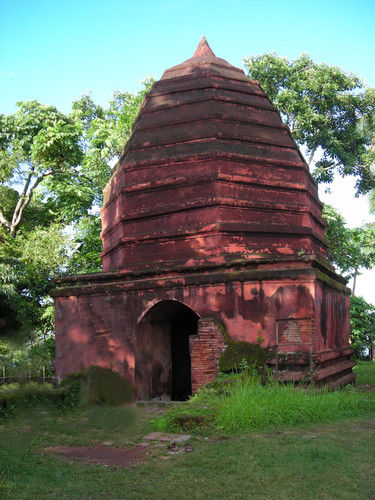 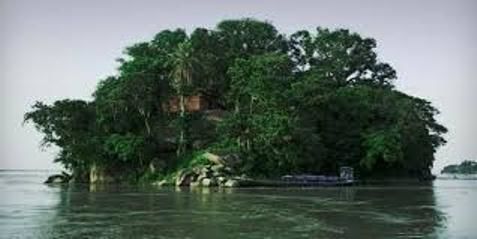 Once you return back from the Umananda Temple, enjoy a peaceful Brahmaputra Sunset River Cruise. The ship is available at 2 timings - 5 PM and 7 PM. Grab a ticket and head to the upper deck which will give you a breath taking view of the sunset. The cruise gives you a mesmerizing and relaxing experience when it takes you around in the Brahmaputra. The live music on the deck coupled with the cool breeze blowing across gives you a great time with your family and friends.

When I visited Guwahati last year in April, 2017, it was hosting the Namami Brahmaputra festival which celebrated the beauty of the Brahmaputra river. The five day programme hosted activities to showcase Assam’s art, heritage and culture.

Ticket Cost: Alfresco Grand runs the cruise service and charges about Rs. 350 /- per head. In case you order food on the deck, that will be charged extra.

Beautiful Sunset from the River Cruise 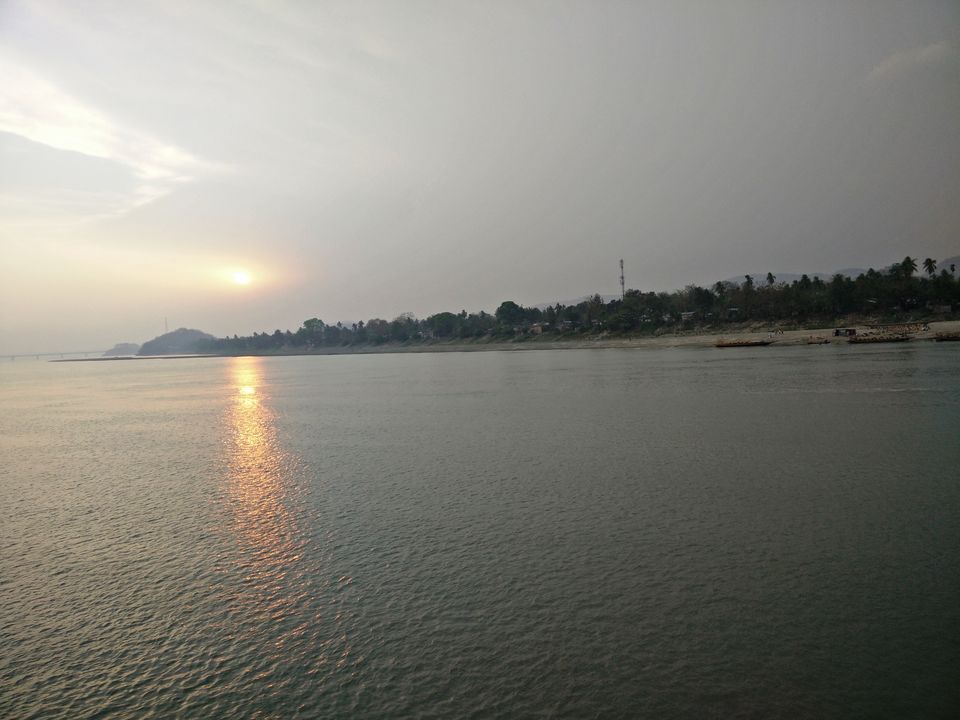 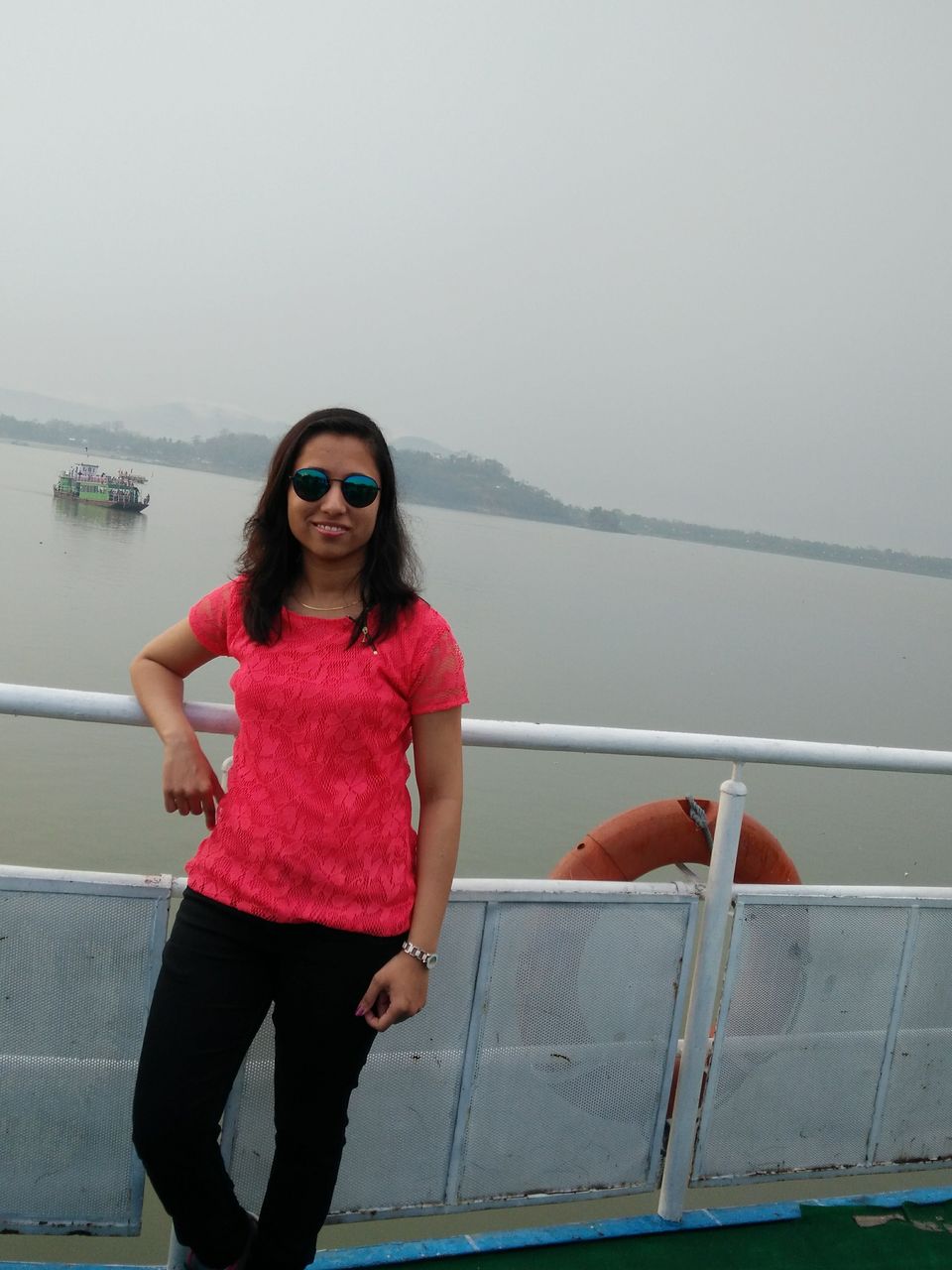 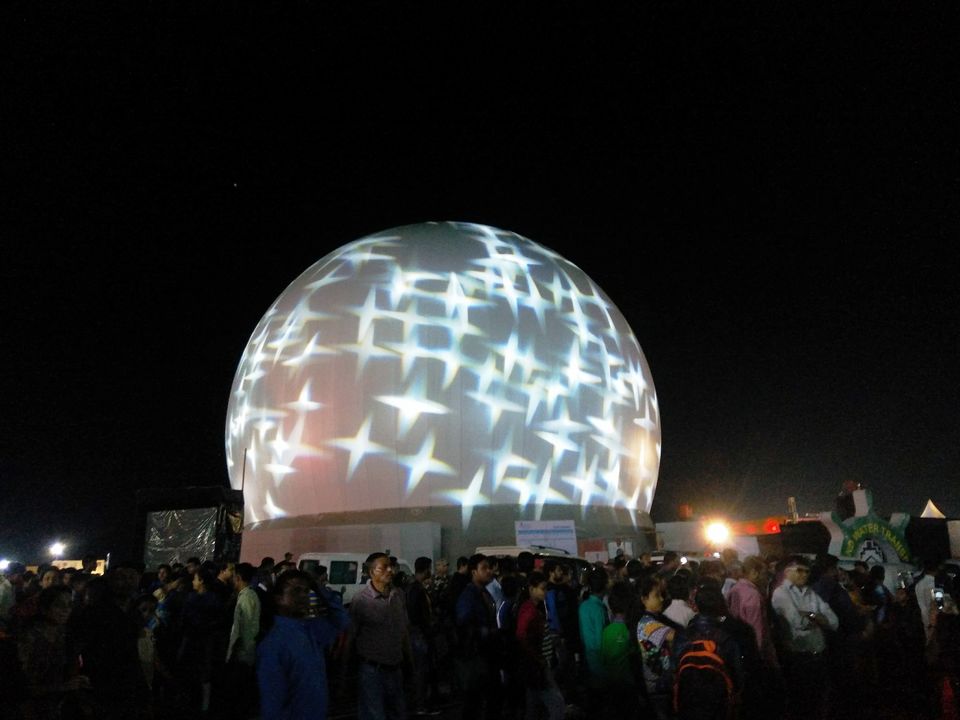 View of the river front from the deck 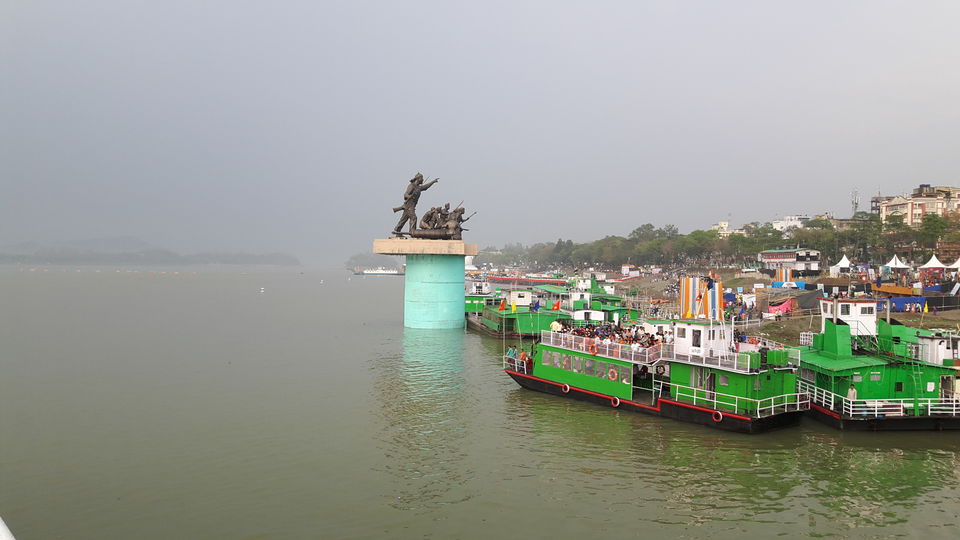 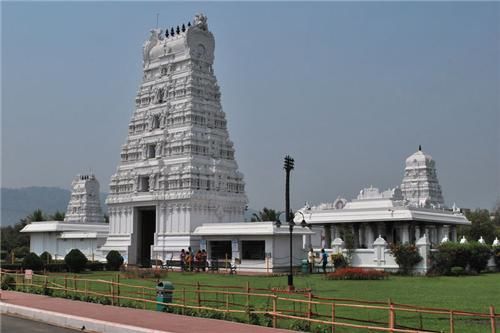 Guwahati is also known as the "city of temples" due to the existence of many ancient temples here, a few of which we already saw. Shopaholics will also find this city a hub for shopping both contemporary and traditional items especially the "pat silk" and "muga silk", traditional Assamese jewellery, etc.

Everything about this city makes it a most sought-after place and is becoming a must visit for tourists in India and abroad.