I’m sure that nobody has heard of this name ‘Nettigere’ because it is of no particular significance however, it has a potential to transform into the next ‘Nandi hills’.

After seeing the pictures of this place on Bangalore Bikers forum, I decided to give it a shot. I did not have much expectations from the place. Pictures posted by John, our moderator showed a simple off-road. I thought that it’s going to be easy. I was so wrong!!

Previously when I was staying in Mumbai, I had been to an off-road trail at Andharban. That was the first time I got a taste of off-roading. I was counting on that experience but Nettigere had something else in mind.

Initially it felt exciting but as the incline started the trail became treacherous. It was mixture of loose gravel, small stones, pointy stones, ditches and what not.

There was a patch where the incline was so steep that I had to stand up on the foot-pegs and lean my body forward all the way on the tank to keep the weight balanced.

The last part needed some expertise as it was a curve and a very steep curve. I’m glad that everyone made it to the top with guidance from each other.

It was a wonderful view from the top. We could not believe that such place even existed near Bangalore city. But here we were, enjoying ourselves on the top, admiring our bikes, taking photographs.

There were few new riders with us so the introductions round was mandatory. After a brief intro from everyone we decided to click more pictures.

Sun had already set when we started our descent. I was not at all convinced that we can make it down in the dark. But as we started rolling I gained confidence that I can put my bike through anything and it will always come out victorious. All that needed was an exact amount of pressure on the front brake as to not lock the front wheel, enough pressure on the rear break as to not let the rear wheel skid, a handful of throttle to keep the bike moving and eyes planted on the ground in front of you.

In no time we reached the bottom. We stopped at a food joint to have refreshments. Spent some time having omelets and cold drinks. The day came to an end as we bid adieu to each other and went our own ways. Until next time!

Now some pictures taken by expert photographers in our group to have you rescued from the boring narration! 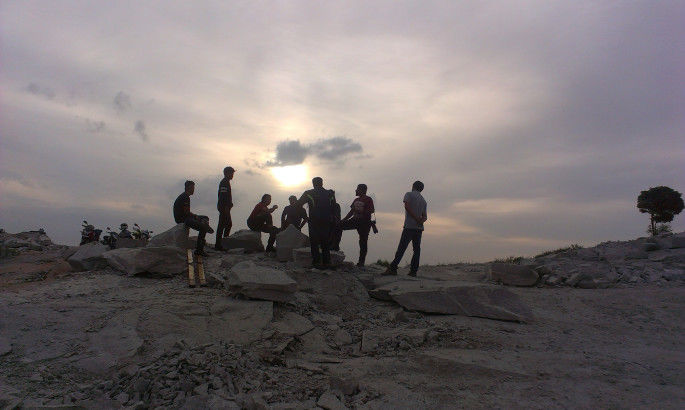 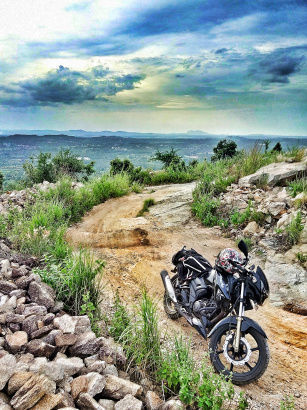 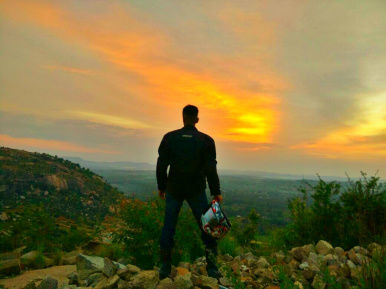 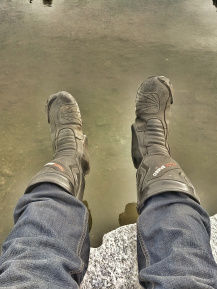 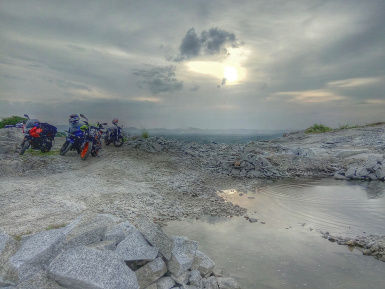 This blog was originally published on 'RiderSoul'