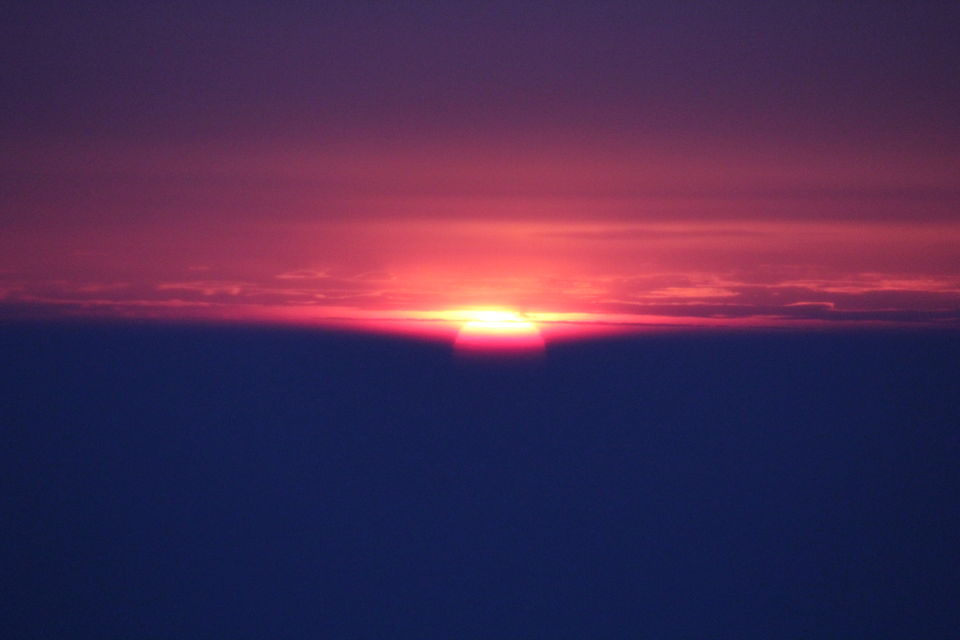 Skandagiri, a hill situated adjacent to the famous Nandi hills is also one of the major tourist attractions in the city. While Nandi hills is well paved to reach the top, this hill can only be reached by trekking. In 2014, reaching the top of this hill was one of the to-do things of every Bangalorean. Skandagiri, also offers a great view of sunrise the same as it's counterpart Nandi hills. The hill also has other name called Kalavaradurga, a mountain fortress and this is situated 62 kms from the city of Bangalore. With a dream of watching the sunrise from the top, a total of 12 friends decided to do a night trek.

Entire Karnataka was in a festive mood on November 1st being the Kannada Rajyotsava, celebrating the birth of Karnataka state, we had our plans to celebrate it on summit of Skandagiri. It all started from Yeshwanthpur after our Friday's work and we all were really exited and on toes for our weekend adventure. With a car and 3 bikes we started our journey towards Skandagiri at 9.00 p.m. We had a plan to start trekking at least by 2.00 a.m. as we had to witness the sunrise from the top. Taking a small break near Yelahanka we reached a local dhaba by 12.00 a.m. just before chikballapur and had our late night dinner. Chatting and having our own time to waste we left the dhaba by 1.00 a.m. and headed towards the base of Skandagiri hill slowly with one more tea break. There was a parking place set up from the locals to make some money and also keep our vehicles safe. Paying 200 for all the vehicles and so called entrance fee we started our small adventure for the night with our torches on.

We were surprised to see many people already heading towards uphill, with the torches leading them on the way. With very little knowledge of which route to take to the top we waited there patiently making plans within ourselves to which route to take upon. Zeroing a route we started taking one step after other, one person behind the other to the top. It was too windy on the way up and it was quiet safe also as there were people crossing us towards the top. We had no hurry as we were not going to sleep at the top, but just pass the time till the dawn and have fun all night listening to music. With a few refreshments package we enjoyed the entire trek to the top. Santosh, Vinay, Ramesh and his wife, Jeevan and his wife and all others were full of enthusiasm and reached the top where u can find a remains of a fort. By 4.30 a.m we were at the top and it was chilling wind all over, which led us to lit a small fire to make ourselves warm and also to celebrate our victory to the top.

Some of them had a small naps with warmth of fire, some sat busy with their mobiles, some tried their hands on photography, some busy posing to photos and sun started rising without any delay in a clearly visible sky. By 5.30 a.m. all of us were waiting patiently at the top to witness one of the best sunrises we had seen. after 6.00 a.m. our eyes started to shut as our bodies were also suffering from pain. But the sunrise gave a new hope and strength for our slave like white collar jobs here amidst the hustle and bustle of the city.

Now heading back down to the base also a tough job, and we reached our vehicles by 8.00 a.m. It didn't take more than 90 minutes to reach Bangalore after a small break to have breakfast on the way.

It was really a rejuvenating one for all of us and a great way to celebrate Kannada Rajyotsava up there. From past two years the night trek to Skandagiri is banned due to safety reasons where as the day trek is still done and legal.