Bhutan- From Paro to Thimphu 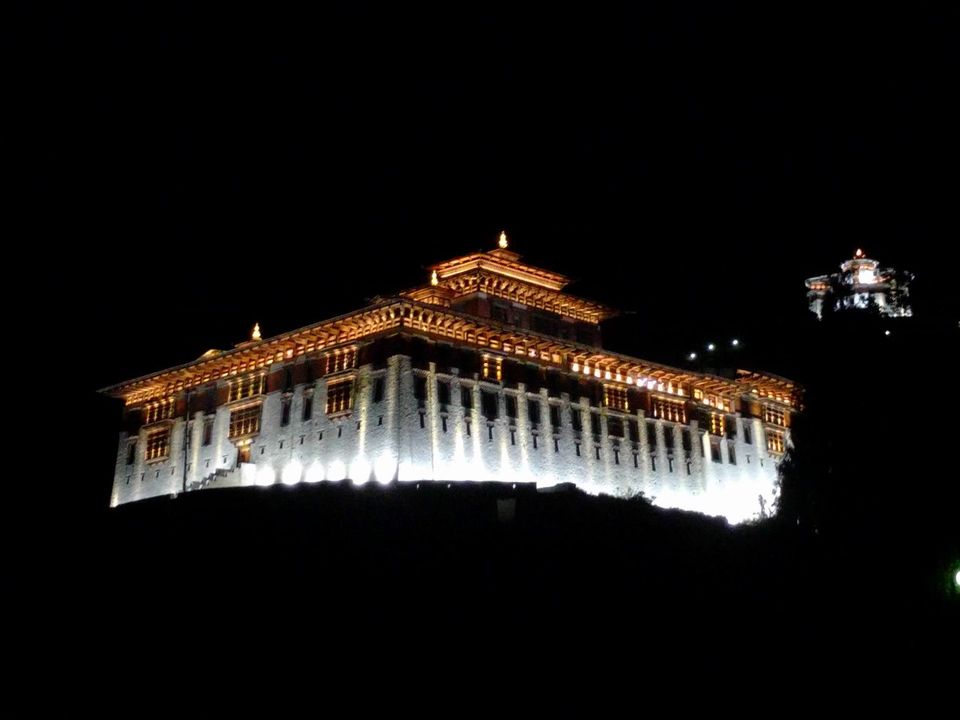 Bhutan! The happiest country in the world. Why yes, it definitely is.

I went into the country via the land border from the Indian side via Phuentsholing. From Siliguri to the Indian side of the border called Jaigaon we took a share-taxi. It took us 6 hours to reach the border and as soon as one crosses the border the first thing you see is a stark difference between the Indian and the Bhutanese traffic sense. You just have to cross the gate and there you have Bhutan; people in their traditional attire, cars stopping at zebra crossings and asking people to cross instead of trying to go over them, friendly faces and calmness all around.

At the border, we had to get the immigration pass. It took us 4 hours to get it as there is no clear information on what you need, to get into their country.

In case you are an Indian citizen crossing into Bhutan the following are required to make your immigration easy:

Use this to look for local hotels. http://www.hotel.bt/

Once we had the pass in hands, we took a share-taxi to Paro. If you are not from India you will need to hire a guide and book a fixed tour before reaching the country.

This is where you land if you fly into the country. This beautiful little city located 2 hours away from the capital city is right next to the river, the Paro chu. As we reached by midnight the first thing we saw there was the Dzong beautifully lit in all its beauty. 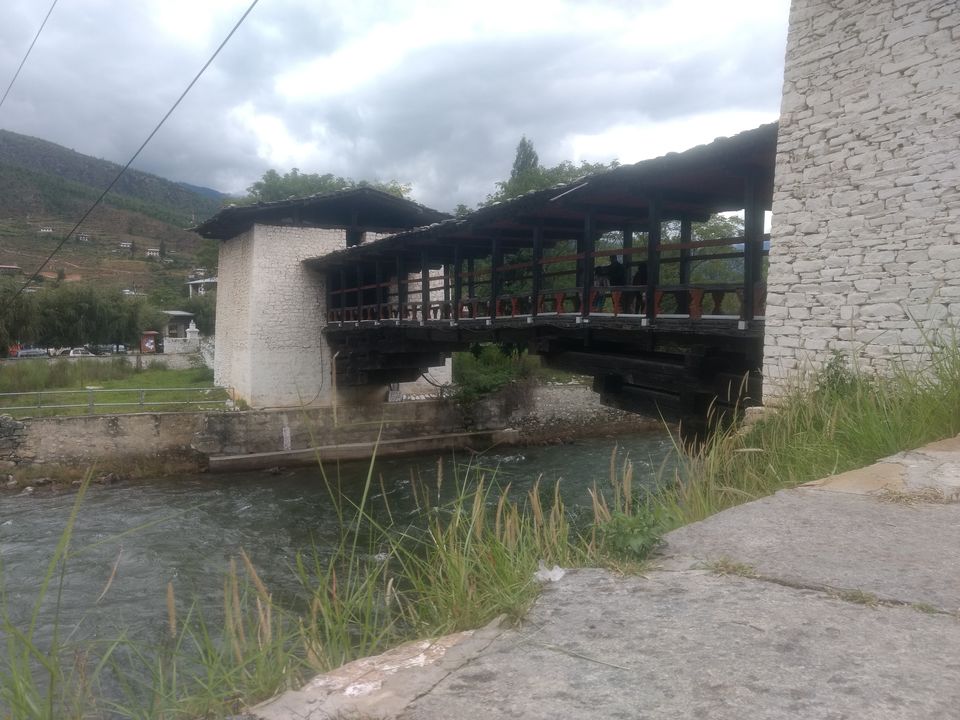 How pleasing it was, to come across this wonder after a tiring 8-hour journey from Phuentsholing. The Rinpung Dzong a fortress-monastery overlooking the magnificent Paro valley is the first and last thing you see when you enter or leave this town. This imposing five-story structure served as a defense against numerous invasion attempts through time.

The next morning we went to the famous Taktsang or the Tigers nest monastery. From the base, if you have experience in trekking mountains you can make it in 2 hours. Otherwise, it takes longer. The route is beautiful and if you are lucky you won’t have clouds obstructing your view. We, of course, had clouds most of the time as we couldn’t see much of the pine-tree forest around. One can buy walking sticks or take a horse to reach the peak if you can’t make the climb yourself. Once you reach the peak and see the monastery, you feel like the whole thing was well deserved. Hanging at the edge of the cliff it is nothing short of an architectural marvel. 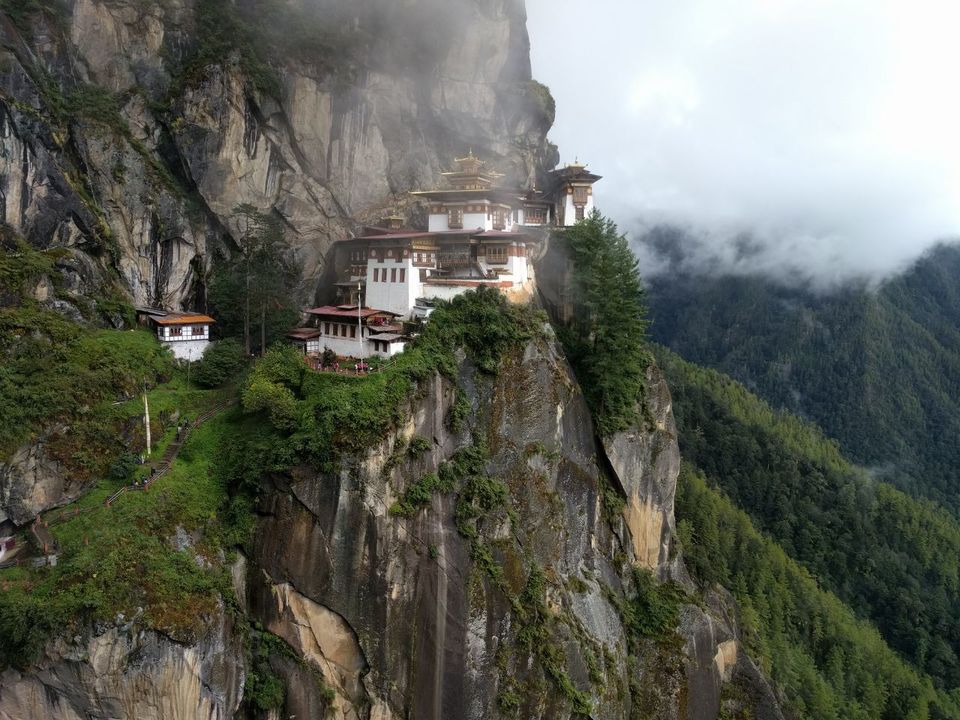 From the National Museum which is above the Rinpung Dzong which is also worth a visit, we took a leisurely 3-hour hike along the forested hillside to Zuri Dzong. If you have time to spare it is definitely worth doing. But many tourists miss it. The whole route is marked with yellow painted arrows on rocks at every turn so you won’t get lost and it gives you an aerial view of Paro city and the airport. A simple trek with mesmerizing views! And you get to pick free peaches from trees growing by the monasteries as a bonus. 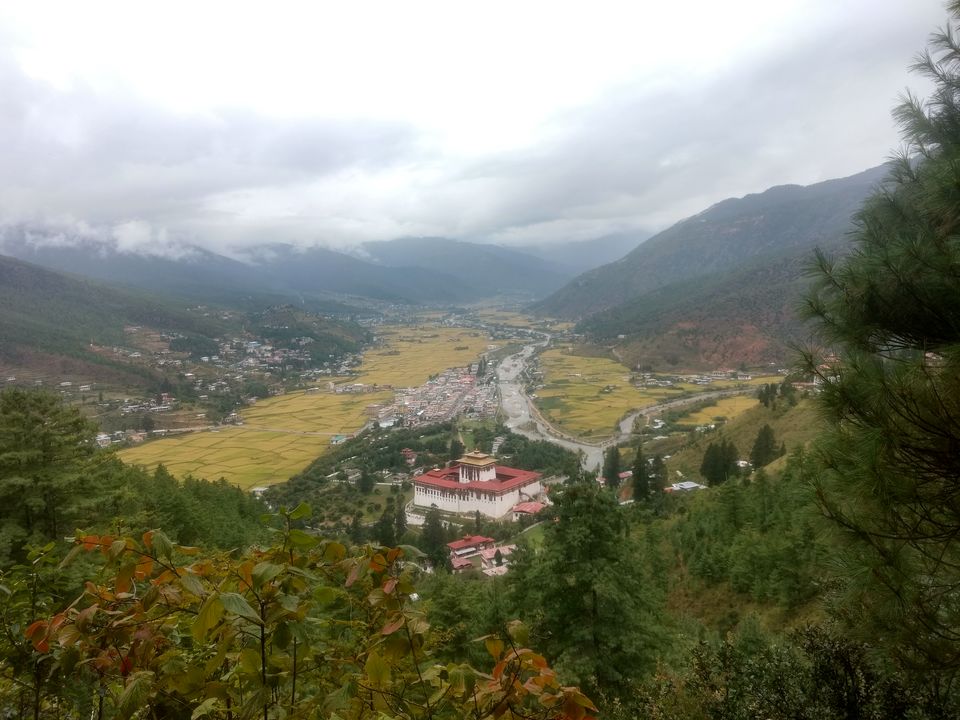 We took one of those share-taxis amply available in the city to reach Thimphu the next morning. Thimphu is a city like no other. It is a capital with no traffic signals! A capital with only traffic police whistling to control traffic. We were lucky as the time we went in (September end) happened to be during their festive season. Hence we got to see the famous traditional masked dance happening in the Tashichö Dzong. 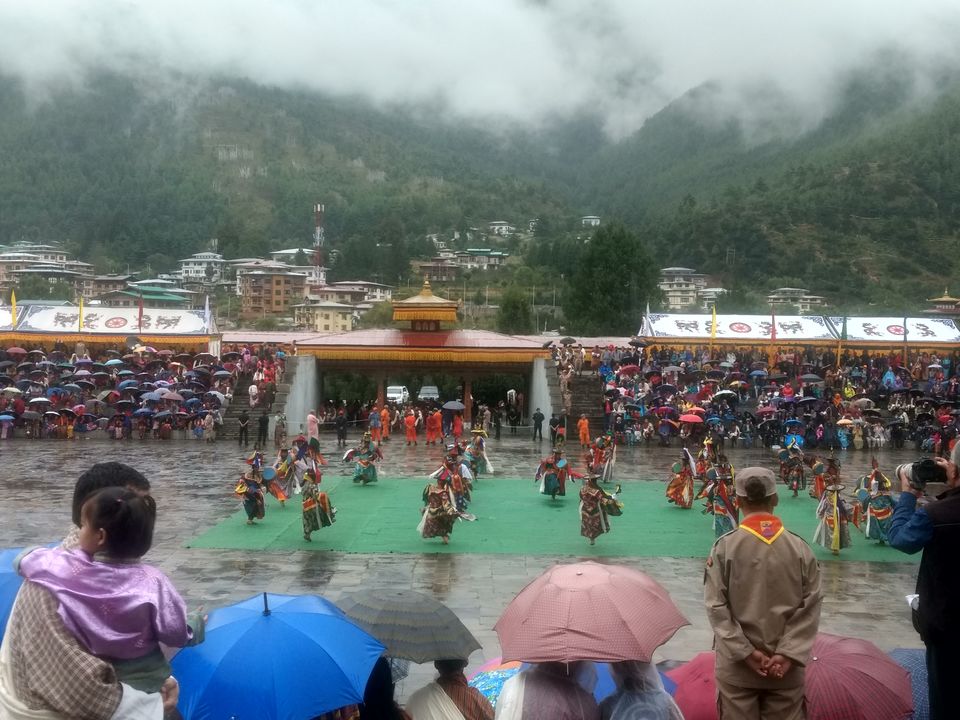 The massive fort walls of the Dzong lead us to an amphitheater where the Tsechu festival was taking place. The festival includes the masked dance, singing local songs and music. Their costumes are amazing but the beats are quite slow when compared to the aggressive nature of the costumes. We sat there for almost 2 hours hoping the beats would get faster but only the costumes kept changing into wonderful designs. But the dance was simple until the end. But if you are into photography then it is worth sitting to try and capture each costume with all its details.

We then went towards the main street which was converted into a market for 3 days for this festive season. It seemed like the shops went on until infinity. After this street, we ended up in another street, which happened to be just for hand loom products stretching into another infinity. 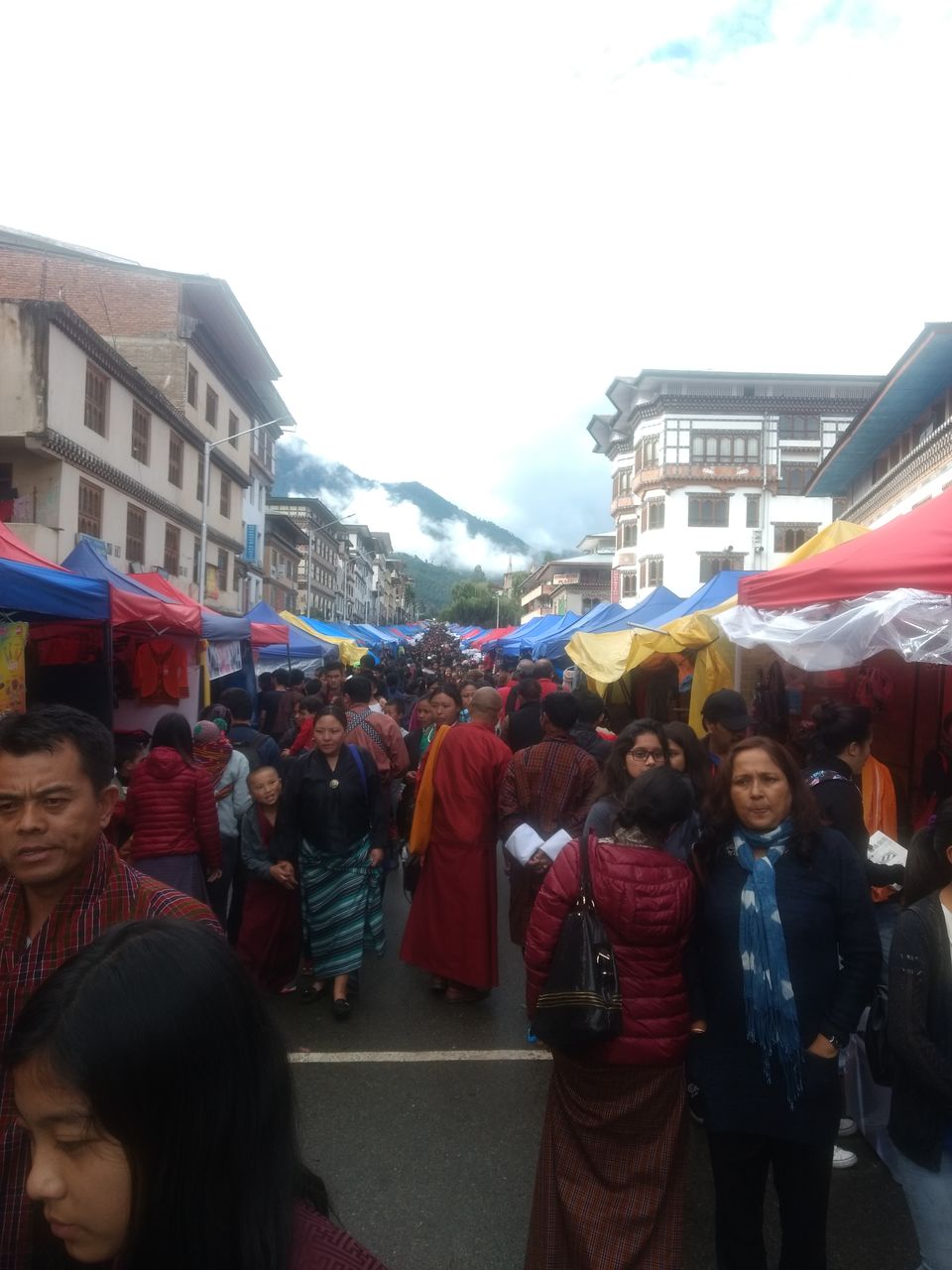 Luckily I had a local friend who took us around to experience the Friday night scene of the capital.She took us out to a local bar called Vivacity where they had an amazing live band performing. After listening to them for 2 hours and then dancing for some local tunes at the disc, we headed out to what was called BBS tower from where you have a wonderful view of the city twinkling below. We sat there for some time taking in the quietness and finally went home by 4 in the morning.

The next morning we went to the zoo to see the national animal of Bhutan the Takin, which has the head of the goat and the body of the cow. This enclosure houses only a variety of Takins and its a pleasant walk around the fenced facility. We then went further up to trek to an abandoned old temple on top of this mountain. It took us 5 hours to complete this trek but it gives you beautiful glimpses of the capital city and we thoroughly enjoyed it. 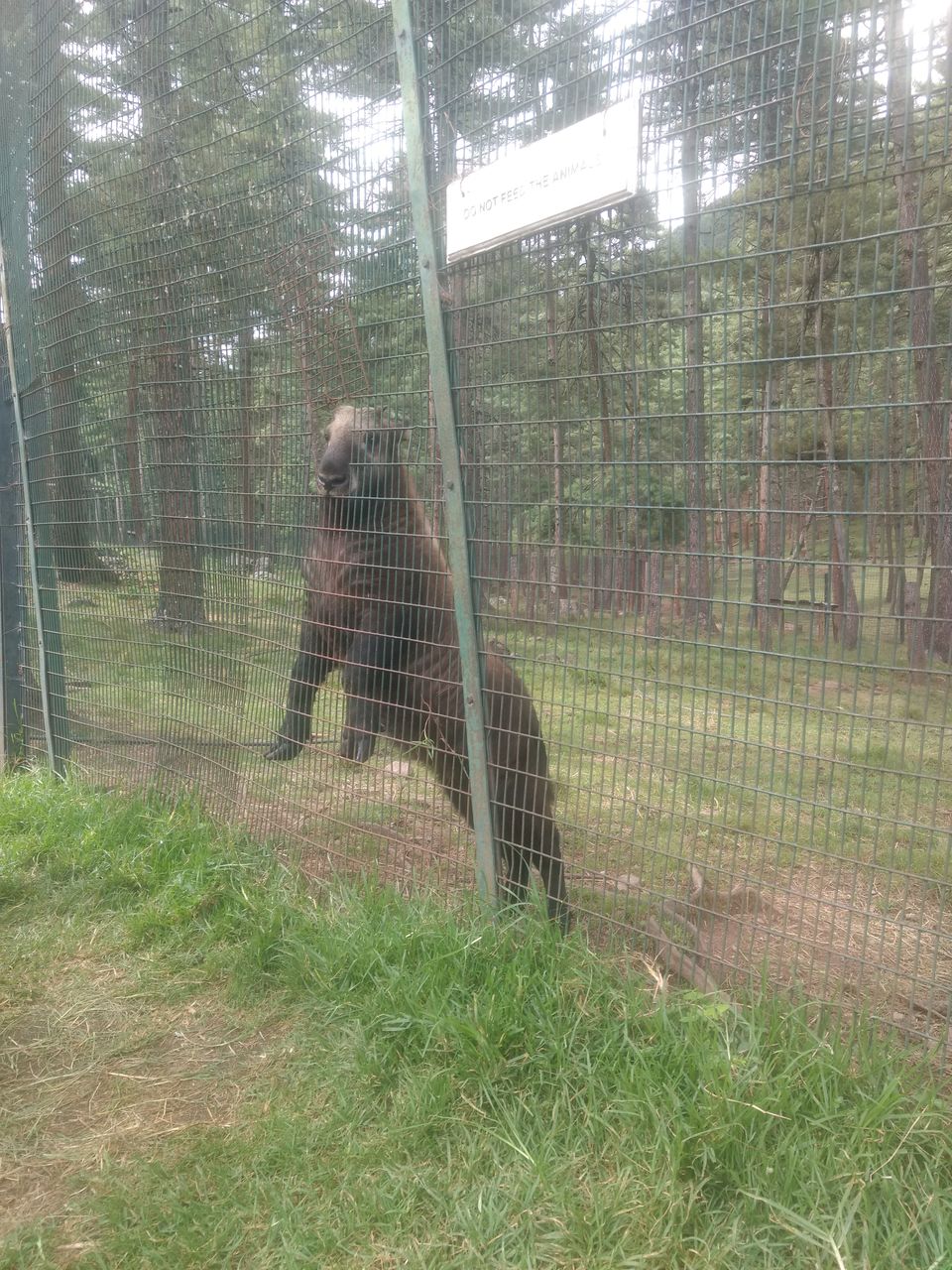 The next day we visited the Textile Museum which has a wonderful collection of all the colorful clothes the Bhutanese adorn. Their weaves, their materials, and their colors are beautifully displayed. The building itself is an architectural beauty.

All the houses in Bhutan still have their traditional elements kept intact and all the new buildings are also made to keep those elements so walking along any street in Paro or Thimpu transports you back in time.

You can also visit the Buddha Dordenma close to the city of Thimphu which has a huge statue of Buddha made of metal.

The Memorial Chorten built to honor the third Druk Gyalpo, is a landmark in the city with its golden spires, white walls, and bells is also worth a visit. 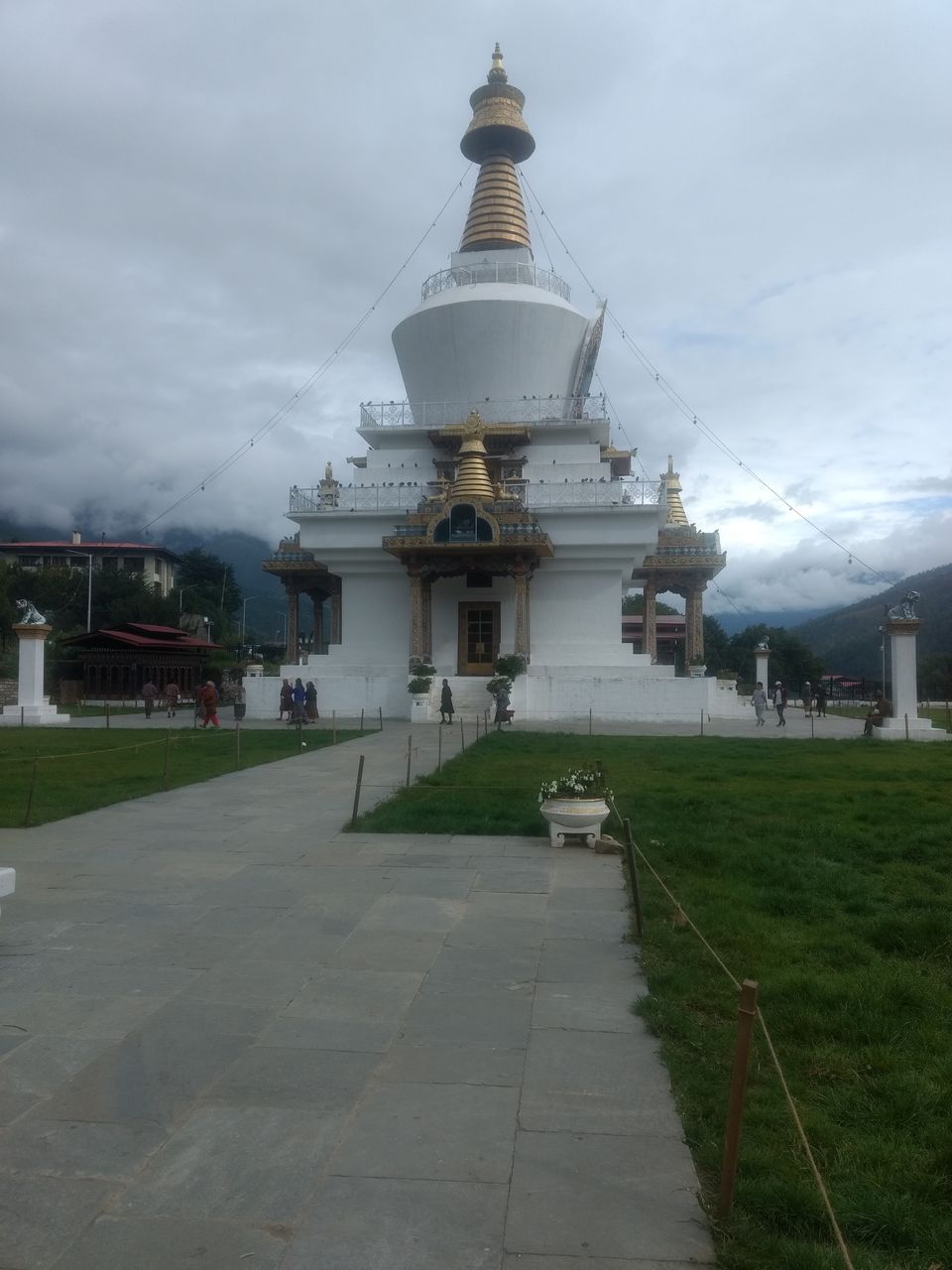 As it was the festive season we were lucky as even at the clock tower, there were some cultural events taking place with the kids performing to local tunes.

On an ending note, Must try wine- Zumzin

Bhutan never runs short of happy people and monasteries. So go out there and explore.