Brazil Travel GuideBrazil TripsMy Odd Life : Two Things That Can Get You High In Brazil( And The Challenge Called Concentration)

My Odd Life : Two Things That Can Get You High In Brazil( And The Challenge Called Concentration) 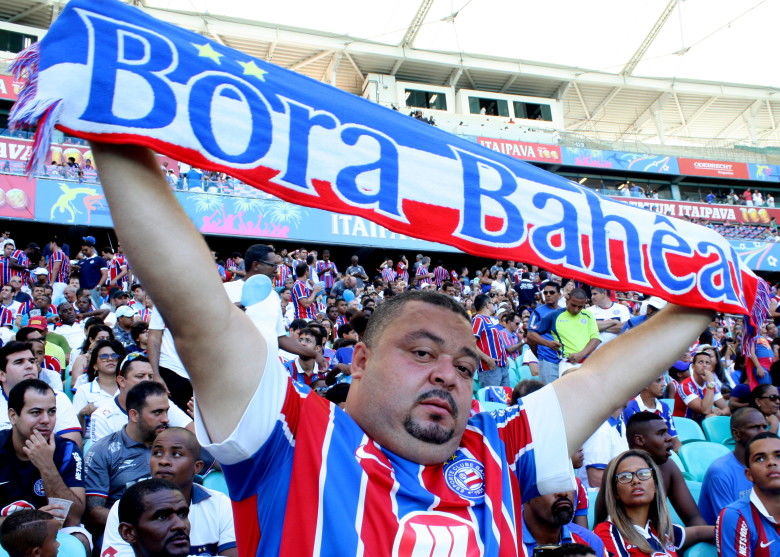 I now feel like a local in Salvador, have been here for 45 days. Every day is filled with new experiences either linked to my project or with the idiosyncrasies of this city.

The first capital of Brazil, the largest African city outside of Africa, the soul of Brazilian rhythm and the city which throws the best carnival. There are many ways to describe Salvador. Unfortunately, alcohol, drugs and violence also form a part of this description.

But I have been lucky to witness the bright side of this place as an eccentric traveler. Almost all of the time, I have been with locals. That is how I reached a LGBT party and later to a centre for kids in a favela.

But if there are two things you must do in Salvador and in Brazil, then those are the ones I will narrate next…

As I was preparing to attend the football match between Bahia and Vitoria, I was introduced to this line by my friends. Both these teams are from the state of Bahia(of which Salvador is the capital).

Google translates this line to ‘C’Mon Bahia My Fucking!’

The match I attended on a saturday afternoon between these two traditional rivals was nothing short of a carnival of emotions.  But even the lead up to the match was no less spectacular.

Supporters make fun of each other. Lewd jokes and nasty comments are made. It seemed like the city was split and every one had to take sides.

At the match, the Brazilian drama was on full display. With food, cervejas or beers, music and sorvetes(ice-cream). All I could hear was ‘Porra!Porra!Porra! (pronounced as po-ha). It is a versatile word which can express a thousand emotions.

What happened at the match finally? Be patient with me, will share a photo essay soon. 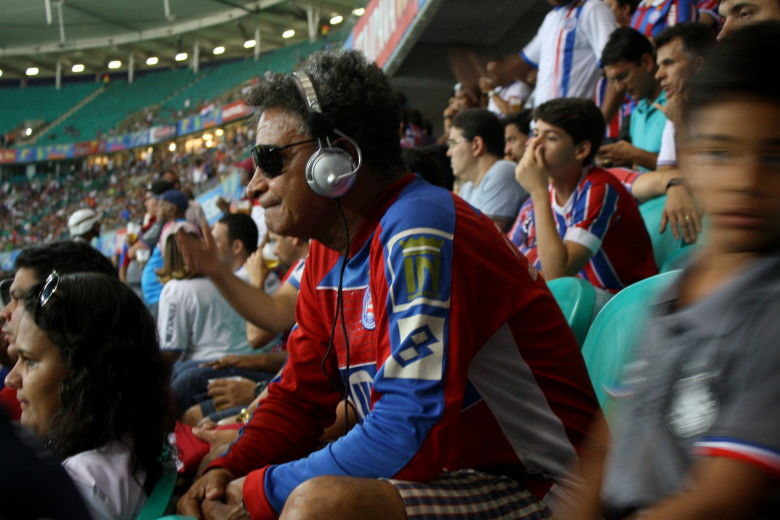 As if the high intensity of the football match was not enough, the same evening I was invited to Ile Aiye concert of Afro-Brasilian music.

Ile Aiye is one of the most important Afro-Brasilian music groups in Salvador. They draw huge crowds during the carnival.

Afro-Brazilian music(of which Samba & Batucada are a part) is about amazing melodies and booming drum play. Riot of colours and cheerful dancing form other important aspects.

It is impossible to share the experience in words and I wish all of you get to witness this someday.

All I did was to close my eyes and dance like no one was watching.

And yes, actually no one was watching. Other Brazilians at the concert just wanted to look away while I was dancing. Wonder why…

Well, can’t bring you guys to Salvador. But yes, I can share a short music clip from the concert. Hope you enjoy this.

That brings me to the last update – my #BatucadaBeats project.

In the next couple of days, I have to play music at a Candomble ceremony. Most evenings this fortnight, I have been making a trek to a favela called Arenoso to a terreiro(Candomble house).

My teacher says that I manage to understand the beats but cannot sustain them for a long time. ‘Concentracao!’, he keeps saying – asking me to concentrate. Candomble ceremonies go on for hours and live music is a constant companion. Losing concentration means losing rhythm. 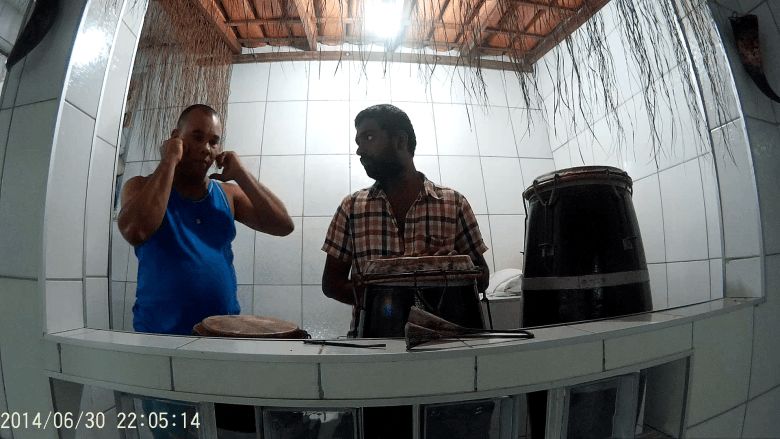 Our minds start to wander when we try something new or difficult. Every time I tried a difficult beat, unpleasant thoughts would surround me. Things that needed to get done and fears about the future would appear from nowhere.

Other times, my mind would take me to great memories from the past. All this would make me miss beats.

But while trying an easy rhythm, I would play well because all these thoughts would disappear.

My take is, that learning something new or challenging means the mind needs to be sharp & focused. In some way, these thoughts are the mind’s defense mechanism against this hard work.

So, what’s the solution then?

I do not know for sure. But, I do feel that as long as you are able to keep reminding yourself that your mind is playing games it helps.

This is what I guess many people refer to as ‘living in the moment’, ‘meditation’ and ‘concentration’. All these words are not merely a state of mind. They are a choice or an action that we make.

Will  this understanding will help me play drums well at the ceremony? I don’t know just yet.

For now, my mind is being invaded by fears of this performance. And I am trying to tell myself ‘…your mind is playing games. All you need to do is concentrate’.

Well, that is going to be the real challenge.

Follow my journey as I travel to 12 different countries to take a challenge in each one of them. These odd experiences should end in some learning for me. And who knows, may be for all of us.