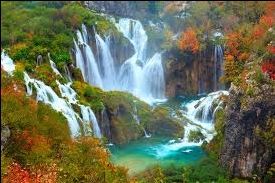 Goa is a state in western India with coastlines stretching along the Arabian Sea. Its long history as a Portuguese colony prior to 1961 is evident in its preserved 17th-century churches and the area’s tropical spice plantations. Goa is also known for its beaches, ranging from popular stretches at Baga and Palolem to those in laid-back fishing villages such as Agonda.

From Goa we move to dudhsagar next day

About dudhsagar Dudh Sagar Waterfall is one of the highest water falls in India, and among the hundred highest waterfalls in the world. It lies in the southern part of Goa at Mollem, towards the border with Karnataka state. Dudh Sagar, literally means a Sea of Milk in the local Konkanni language, and gets its name as it appears like an overflowing sea of milk. It has a total height of 306 meters and a width of 30 meters.

The water fall is at its peak flow during the monsoon months from June to September and wanes out towards the summers from March to june.

The entrance to the waterfall is from Collem through the forest department gate. Ticket sales are stopped at 3:00 p.m.

Legend has it that a beautiful princess lived in the forest on the edge of the King's palace grounds. She enjoyed bathing in a lake nearby and ritually drank sweetened milk from a Golden Jug upon finishing with her bath. One day while enjoying her jug of milk she found herself being watched by a handsome prince standing amongst the trees. Red with embarrassment at her inadequate bathing attire, the Princess poured the jug of milk in front of her to form an improvised curtain to hide her body, while one of the maids rushed to cover her with a dress.

The sweetened milk cascades down the mountain slope to this day as tribute to the virtue and modesty of the Princess. 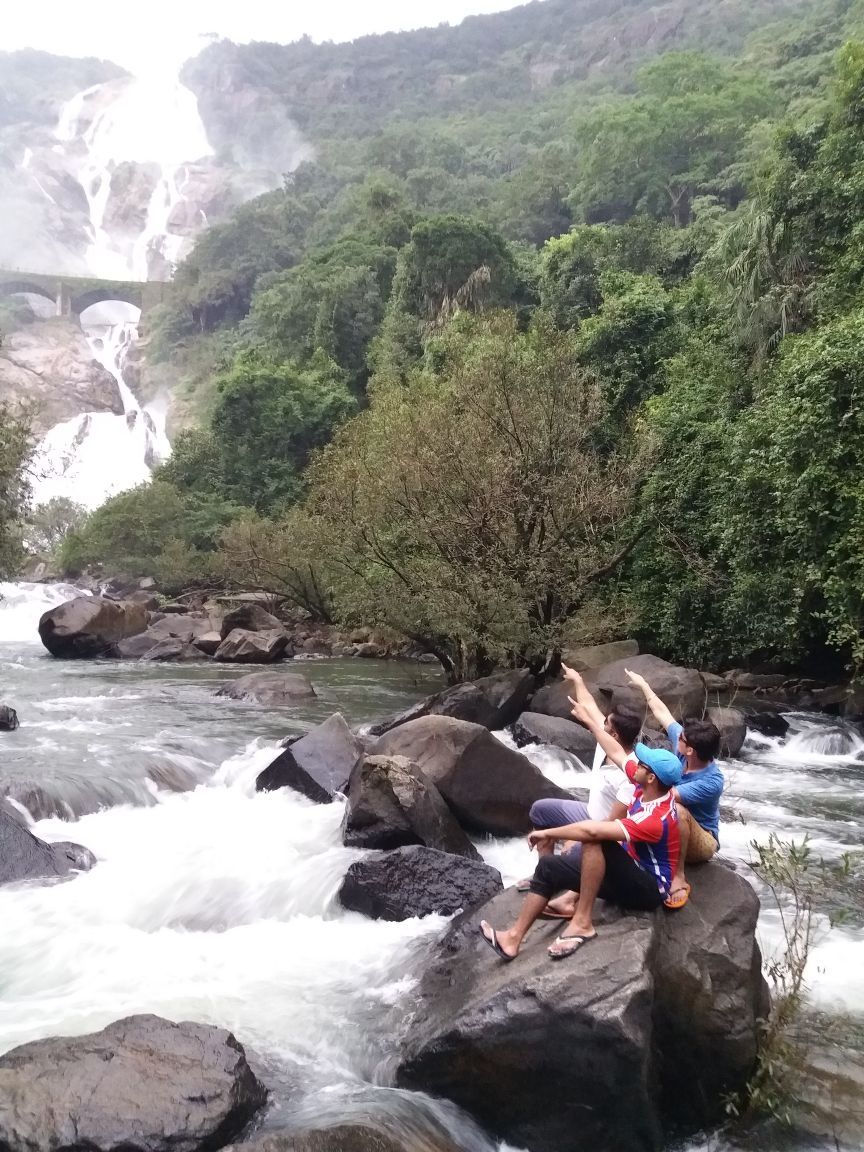 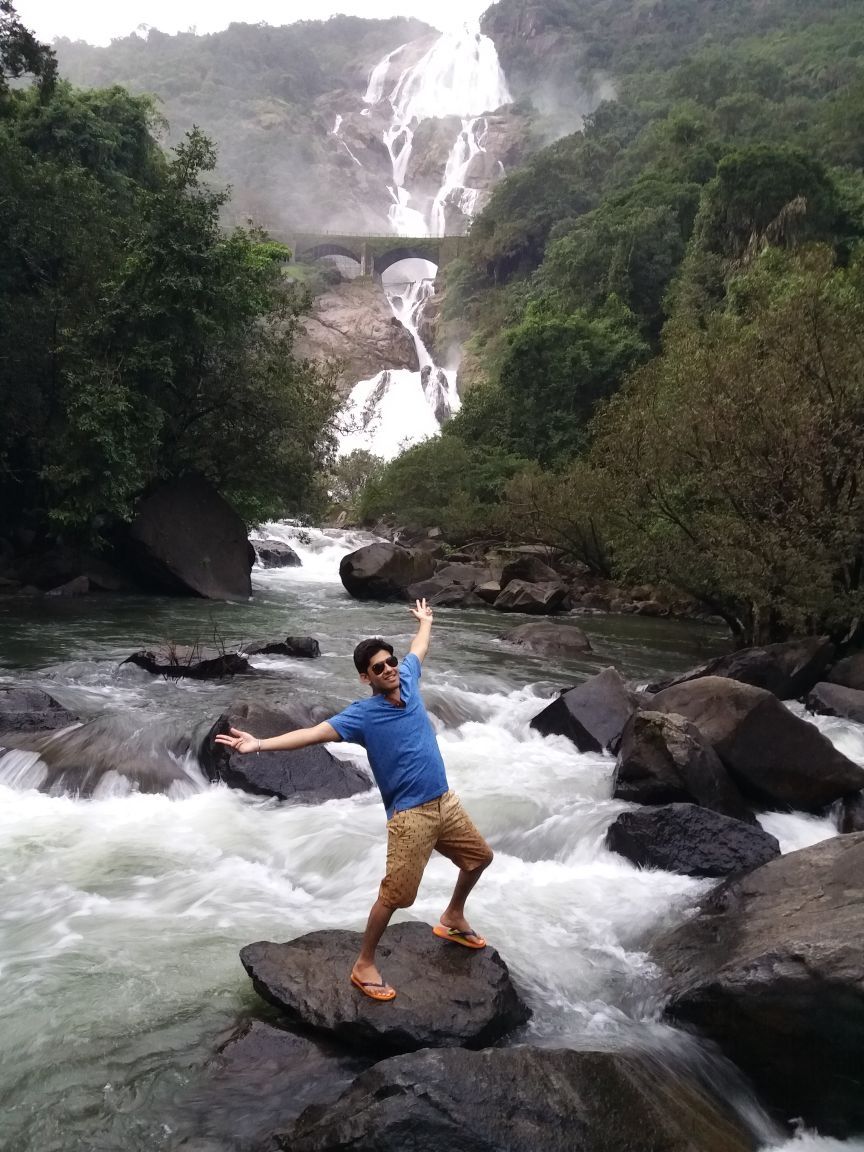 we were five friends there. In the month of September and if you really want to enjoy then you must hire the bikes from there the bike riding in the dudhsagar is ultimate and endless fun. You will fill the different things there the train is passing near you and the way of dudhsagar is from jungle and rivers. When the bikes passes through the jungle and rivers you will find the endless fun there they charge ₹600 each for bike riding but totally paisa vasool riding then you will fell the huge dudhsagar fall and there is a treak also if you are a good treaker and find fun in treaking you must go there. 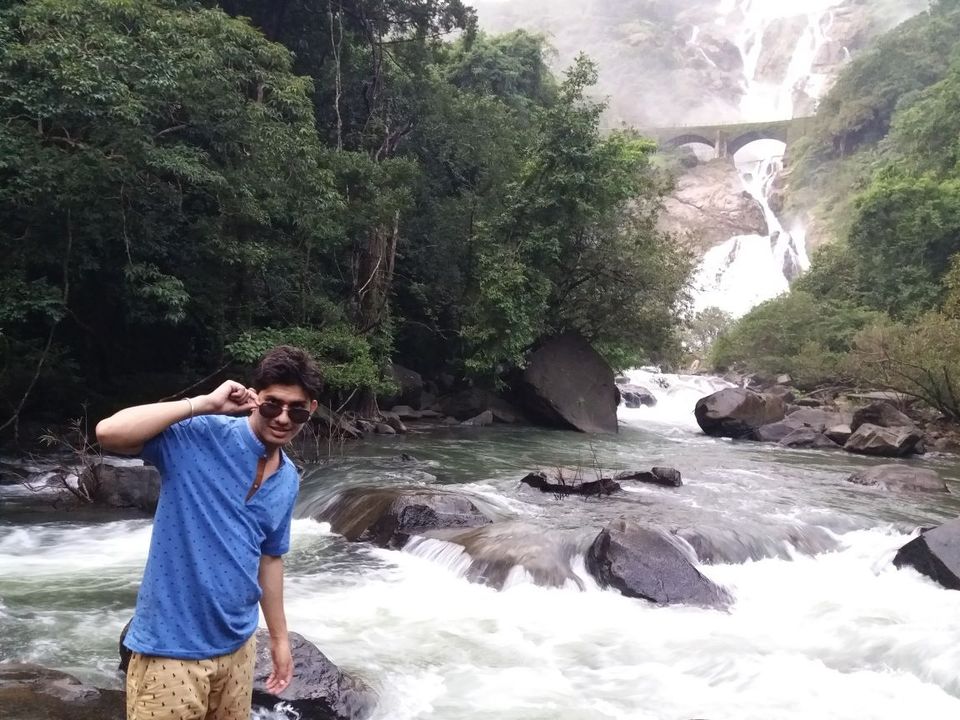 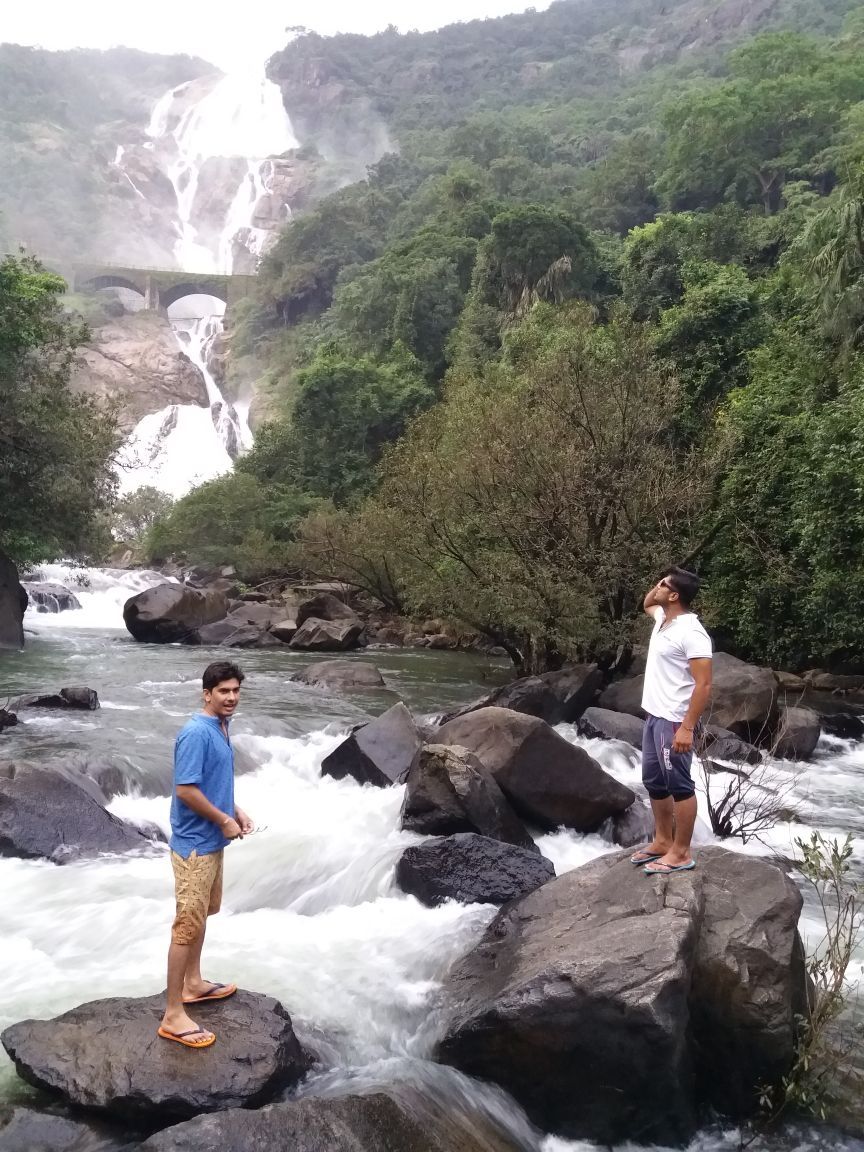 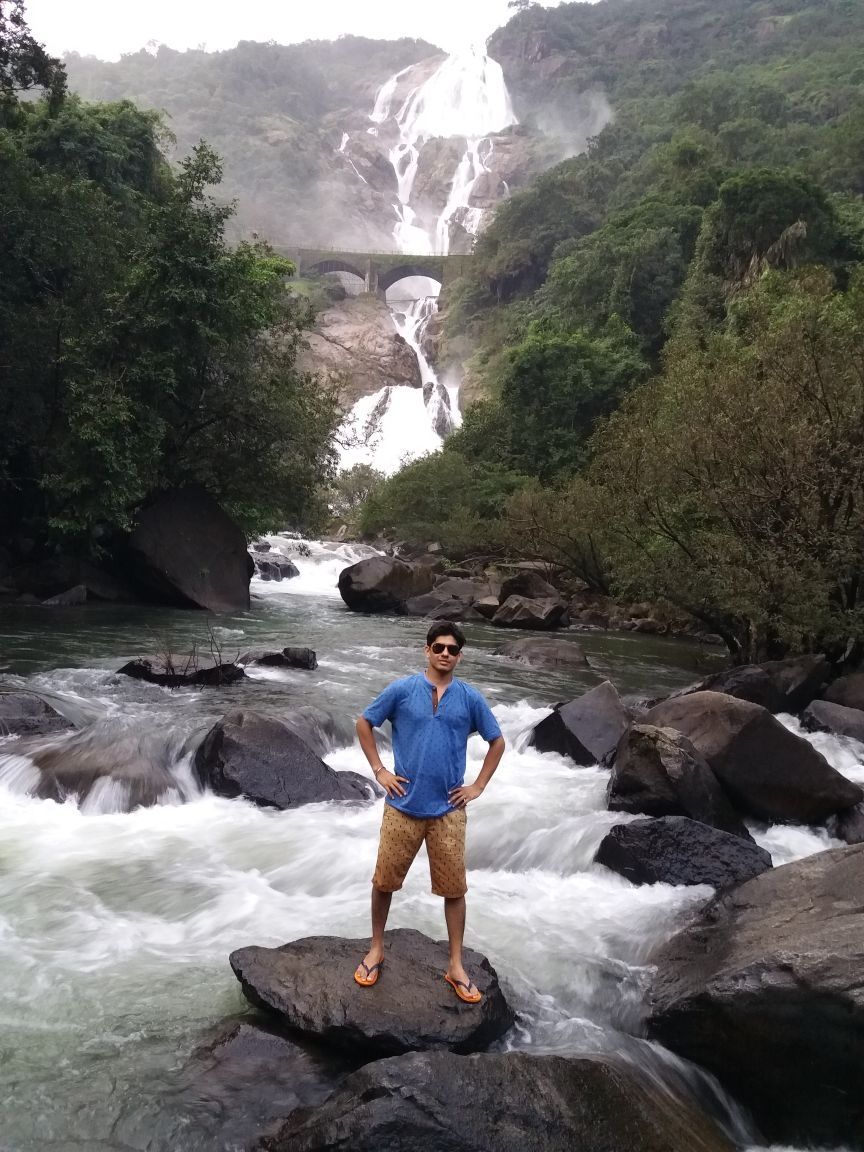 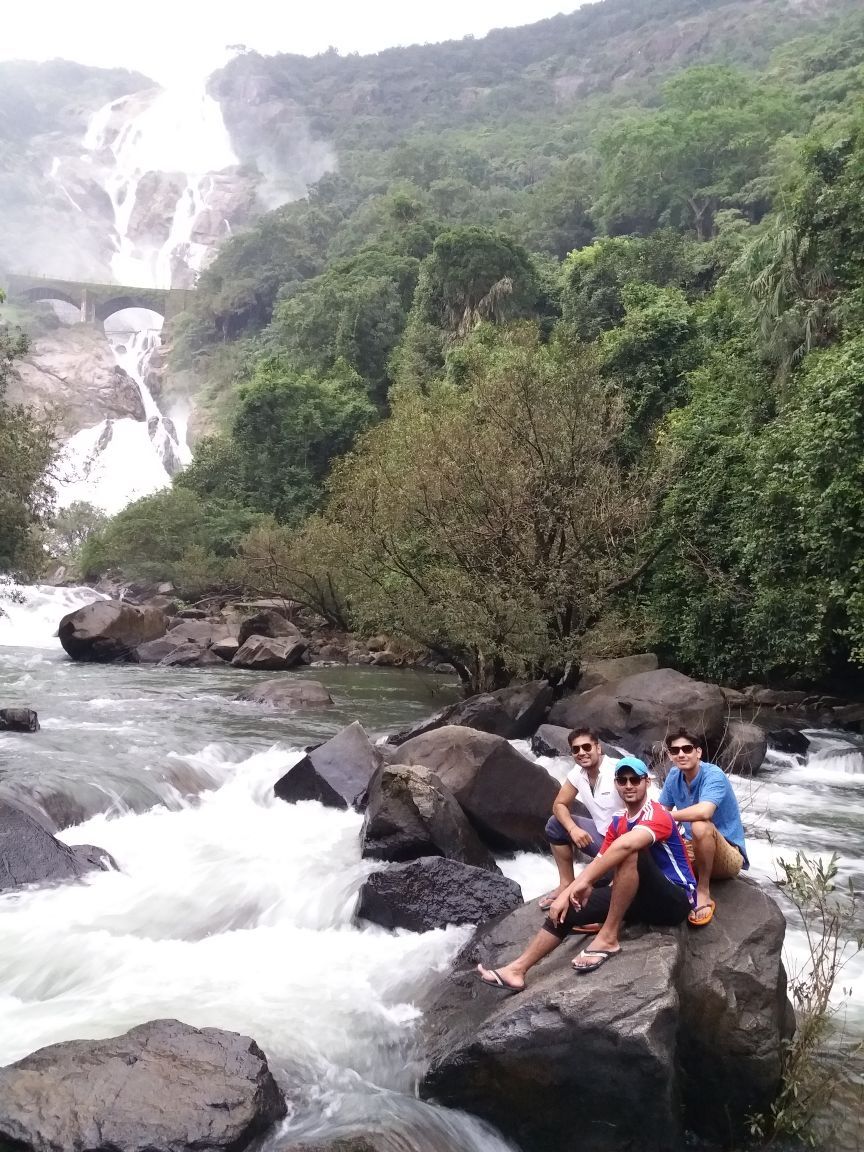 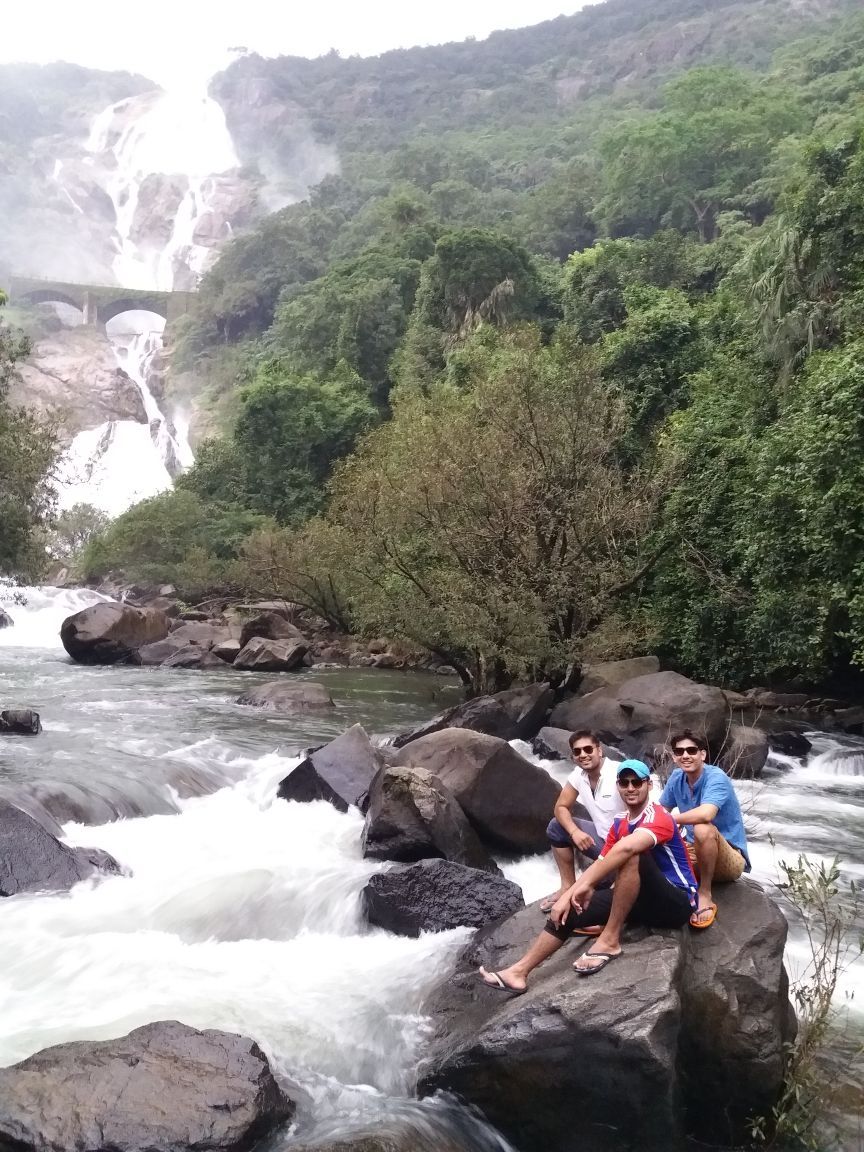 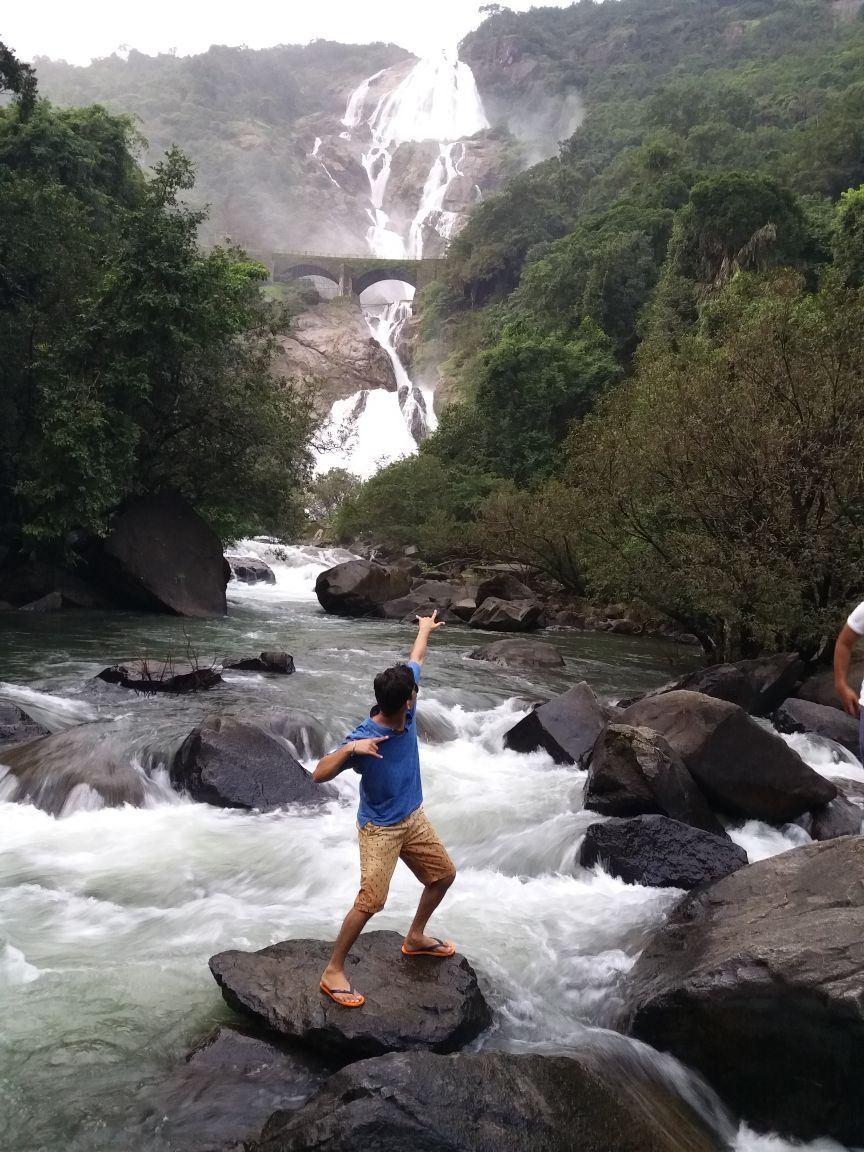 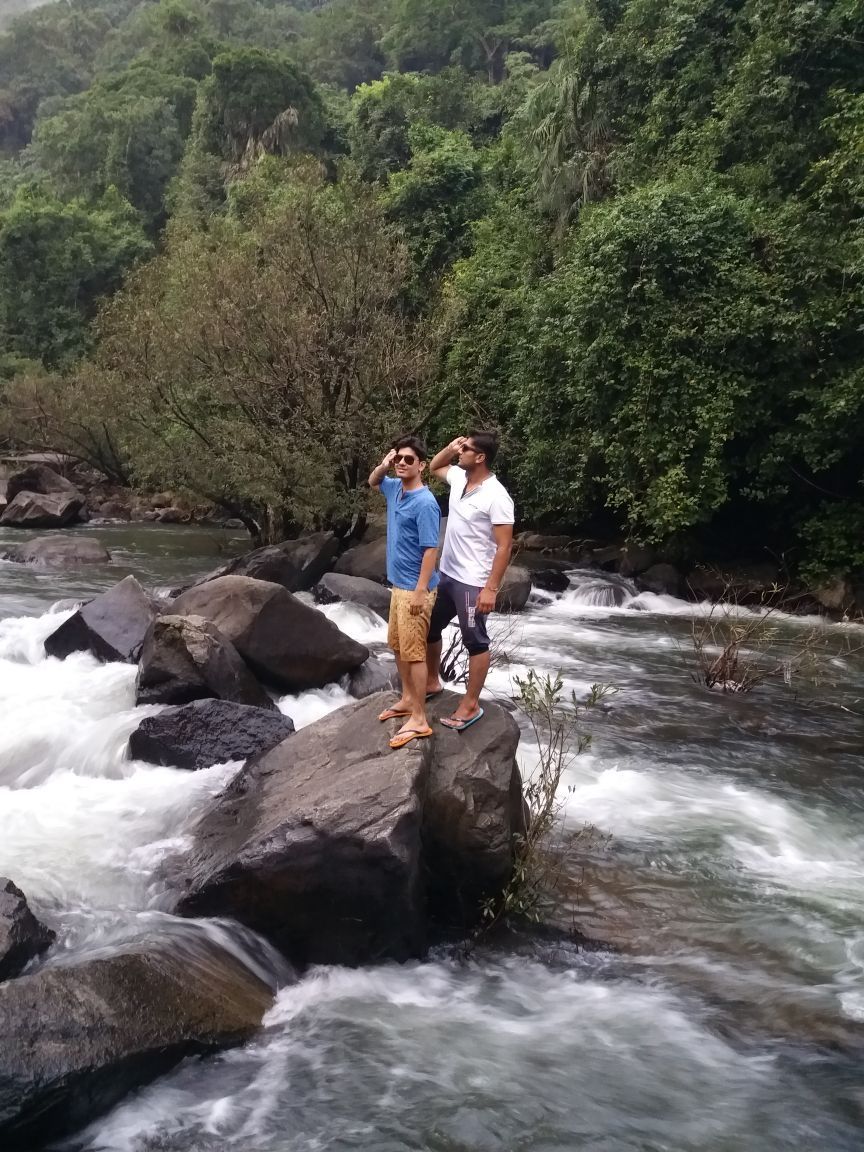 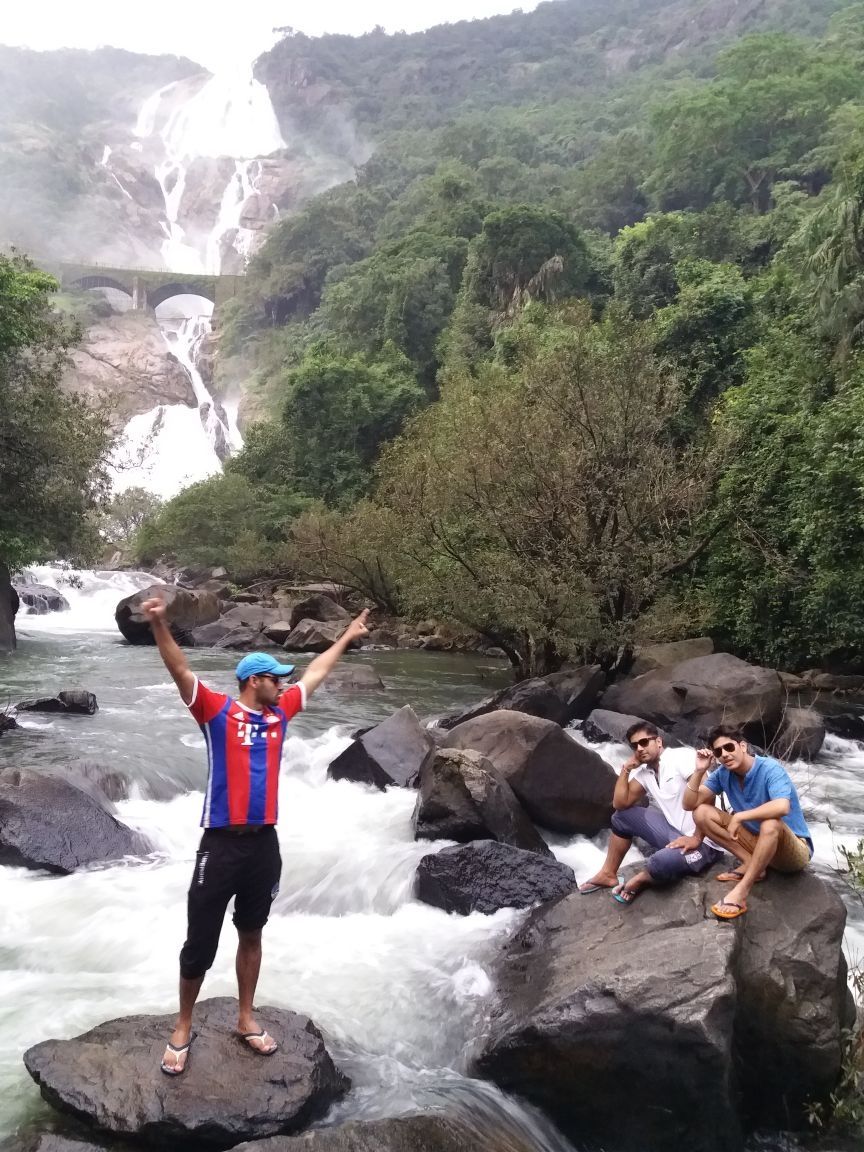 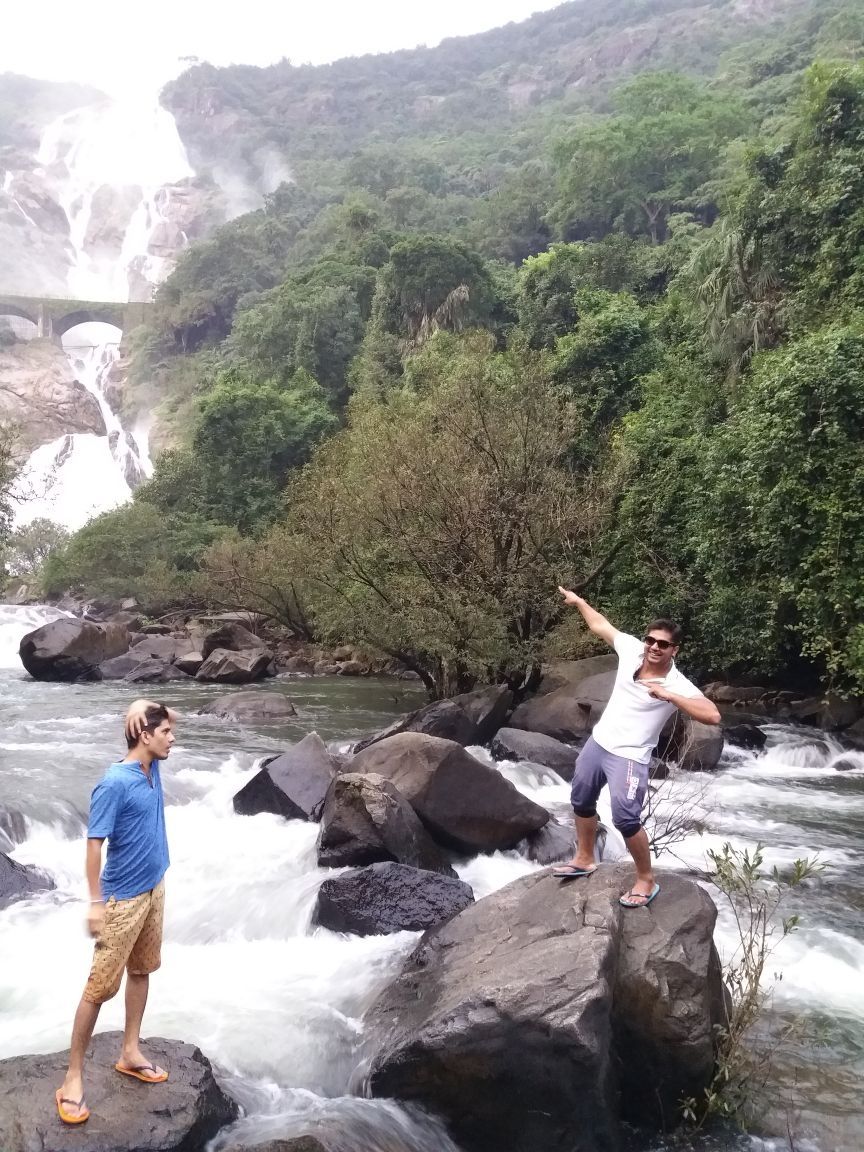 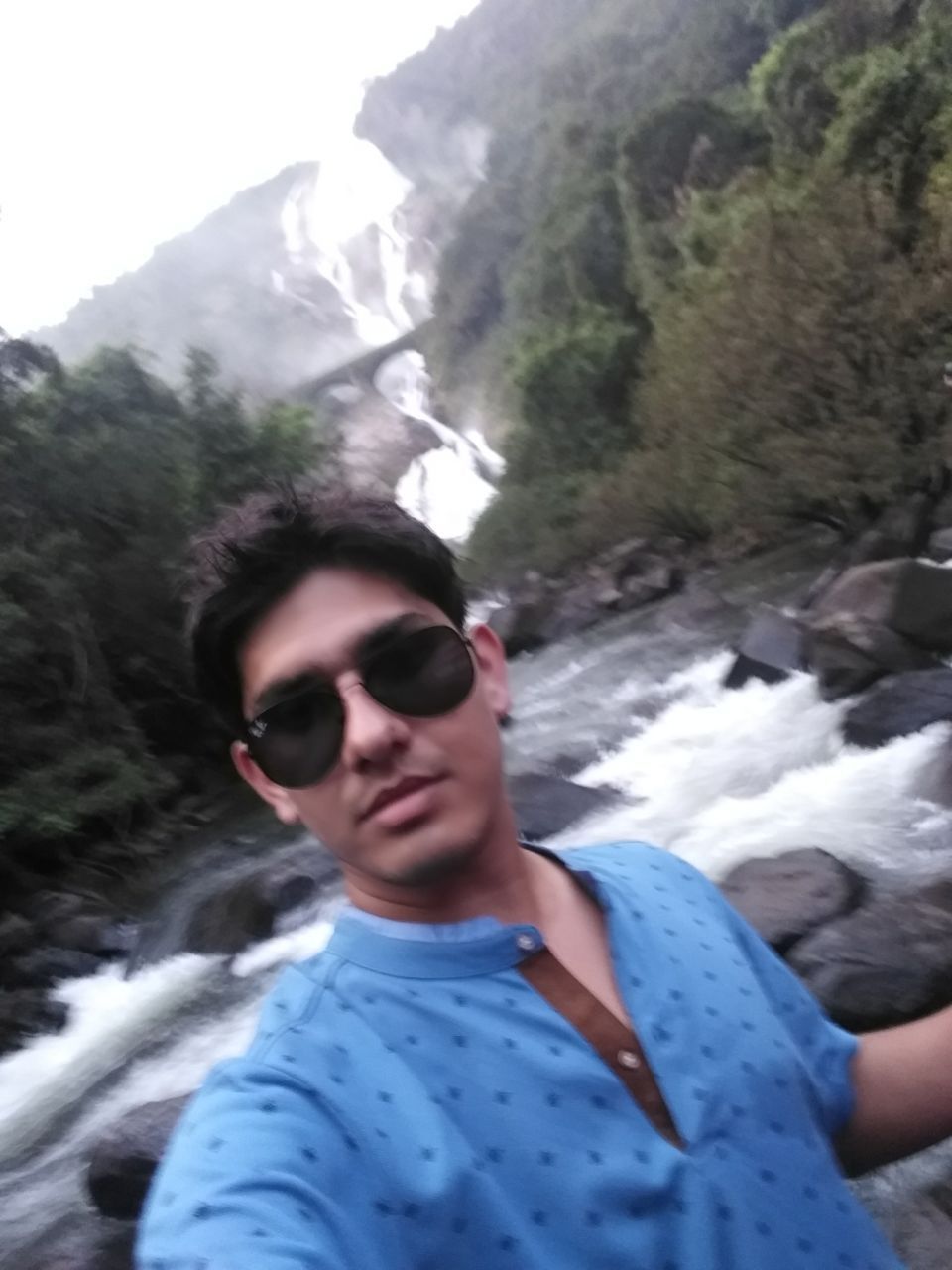 FOR ROAD TRIP HELP##---
To have a road trip from Goa, you need to travel on National Highway 4-A.

From Calangute, Mollem village is around 65 kms. Vehicles are available there for groups. ...

The nearest Station to the falls is Kulem. The route for rail to reach the falls from Goa is Kulem – Mollem (6 km) – Dudhsagar Falls.