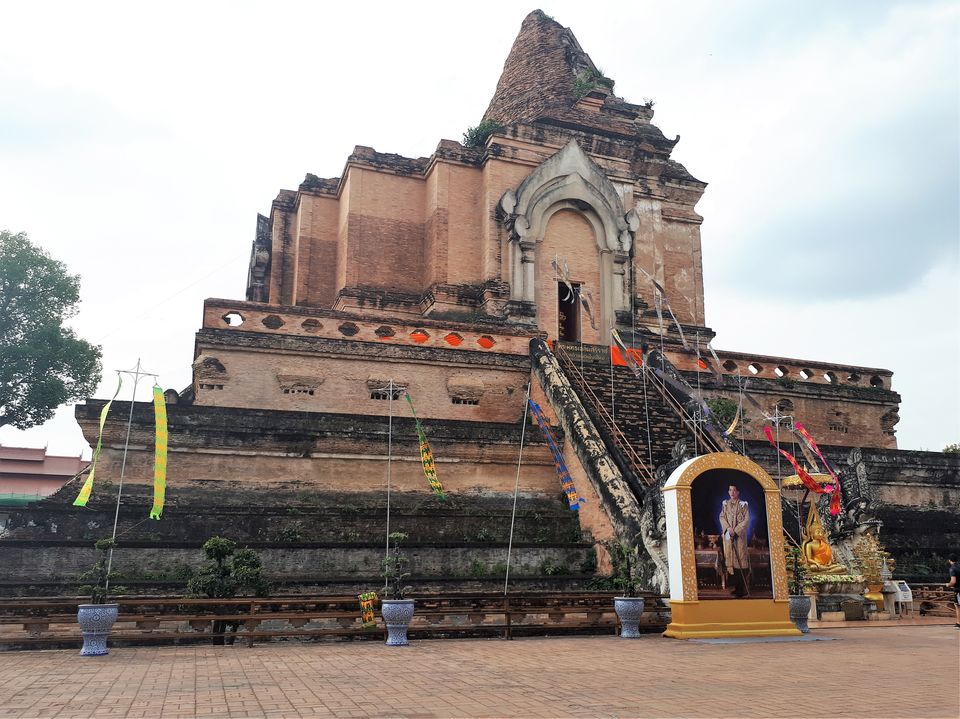 Nestled amongst the foothills of the mountains of Northern Thailand, Chiang Mai, which means new city in the Thai Language, is indeed evergreen. True to its name, the medieval city keeps on reinventing itself to cater itself to new demands. The city was established in the 13th century and it keeps it medieval character alive through the retention of its wall and moat. Chiang Mai, the once capital of the Lanna Empire remained a separate entity outside Thailand till the 18th century when it finally swore allegiance to Siam. It was incorporated in the early 20th century into the Siam Kingdom, which is present day Thailand.

This independent nature of the city is reflected in its art and architecture which is distinctly different than the rest of Thailand. Bangkok focuses more on the postmodern and the overall city shies away from natural restoration, instead focusing on juxtaposition of ultramodern buildings amongst the old, with the old being just a relic. However Chiang Mai incorporates the old and treats it as its own, maintaining and using it in its natural form. This gives the city a more organic form and makes it feel homely in a sense. Although the city is huge and a commercial center in the north of Thailand, the city retains a small town feel, with the general perception that everyone knows everyone else. But don’t let this bias you, the city becomes all too familiar in only one day and by the second, you might as well be local. If Bangkok is glitz and glamor, then Chiang Mai is character and culture.

Chiang Mai is also very hipster. Mostly inspired by travelers and the recent increase in the same, Chiang Mai boasts of many new age cafes and bars, organic farms and vegan food joints.

The walled city is filled with temples at about every hundred meters, but each one is different from the rest. Some have the typical Thai gold pattern of roofs on the stupas and spires, but some of the older ones are wood and even brick. The most impressive one to my architectural sense, was the 15th century Wat Chedi Luang, pictured above. Wat, derived from the Sanskrit word Vata, meaning enclosure has now come to mean Temple in the Thai and Khmer languages. Chedi derived from the Sanskrit Chaitya means Stupa. The temple however has not been restored and is missing in pieces. It earlier used to house the famed Emerald Buddha before it was moved to the Royal Palace in Bangkok.

Seated on a high pedestal, the inner temple was closed for the public and a much newer temple housing a reclining Buddha filled in for worship. The temple complex itself has many interesting buildings. One of them being the Inthakhin which is a pillar shrine dating back to the same period. Local folklore says that the pillar was gifted to the people of Chiang Mai by the God Indra to protect the city. Every year a festival is celebrated to commemorate the same.

The monks who pray at the temple are open to chats and host daily sessions called Monk Chats when anyone can walk up to them and ask them questions. In fact, this is encouraged to immerse yourself within Thai culture and gain a spiritual insight into the same from a certified monk.

The complex also hosts a huge Dipterocarpaceae tree planted several hundreds of years ago. The enormous tree at the entrance stands in resonance with the inner temple, marking a continuum of sorts.

This medieval architectural style which is seen in the Lanna built Wat Chedi has been carried along and incorporated into the modern Chiang Mai style of architecture, evident in the Chiang Mai Historical Center. Conveniently located behind the central square, The Three Kings Monument in the old city, the Historical Centre museum bestows a calm and tranquil appearance to the visitor. In what would be best described as tropical modernist, the building draws inspiration from the pioneer of tropical modernism, Geoffrey Bawa. The whitewashed walls and the roof bearing the style of the preexisting Lanna architecture create a modern mélange which is not only soothing to the eye but also to the mind. The manicured yet organic gardens surrounding the building add to the tranquility of the place. As opposed to the other museums located just round the corner, which are housed in colonial style buildings, this vernacular modernist building stands out.

The central courtyard (pictured below) also serves as an entrance courtyard with the first steps into the complex being on grass. This instantly creates a natural and organic feeling and it is complemented by the long roofs being accented. The roofs have been done in the Lanna style and they draw more attention than the façade. In fact it could be said that the roofs themselves act as the visual facades. Horizontality is emphasized in its steps and long corridors. This makes the building look much more welcoming and open. Small nooks and niches have been created in which benches are placed, just to sit and appreciate the calmness around.

Chiang Mai provides not only a wholesome architectural experience, from the Lanna style and era buildings, to the conventional Thai Stupas in the old city and the overlooking Doi Suthep atop the mountains, but it also provides a rich travel experience complete with a good café culture and vibrant nightlife.

Medieval cities should aim to do what Chiang Mai has done. Not just successfully preserve and restore old monuments, but also incorporate them in urban planning in such a way that they are not glorified but rather accepted and used as cohesive urban spaces and not just shunned as old relics.