A trip to the land of No English(China)!

As kids we have read or heard that China is the most populous country with their demographic only constituting of old people. We have read about their communist form of government and how they are progressing towards a better economy. What anyone has never told us is how the air over there always has a tinge of pepper or how the weather keeps on fluctuating on a day to day basis or the fact that they practice 'Atithi devo bhava' more earnestly which makes us look like hypocrites.This summer I visited 4 cities in China which was a blend of history ,finance and modernity.

The first city I happened to visit was Chongqing ,which is a city that has grown on a mountainous region where google earth stops working because of the level drops that take place at difference of a few meters. In Chongqing I stayed in the Sichuan University campus where we were doing a 10 day long project studying the dying trade route of the city and how would we revive that region.The city has progressed tremendously on such a mountainous geography and serves as the economic centre of the upstream Yangtze basin.The area we were studying was the Huangiueya avenue which was an ancient trail for trade which in today's time is used for hiking.This trail thrived in the earlier times and brought an economic growth to the city but today the growth of the city is very much independent of the trail so our attempts to revive it would not have had a great impact on the city.What the city gave me was not really great architecture because it had lit buildings all over the place which did not stand true to it's history or context.It works as an economic centre so it is full of high rise buildings to accommodate the population it's inviting to the city to develop it economically but what it ends up producing is buildings with exaggerated scale that are made out of glass.It's not architecture but it's the people I met that made that city a beautiful one to live in.Those people without knowing English tried their best to help us out in a land where only Mandarin is spoken.China should come with a disclaimer that if you do not eat non vegetarian food please reconsider your travel!A traveler's tip :If you are a vegetarian the phrase:'Méiyǒu dàn' will be very helpful.One of the fondest memories I will have of the place is the night where me and a few of my friends helped a Chinese man to publicly propose to his girlfriend for marriage ,an act which would have alerted the anti romeo squads in India!If you ever happen to be in Chongqing do not forget to try hotpot,it's a delight for the non vegetarians and the vegetarians as well. 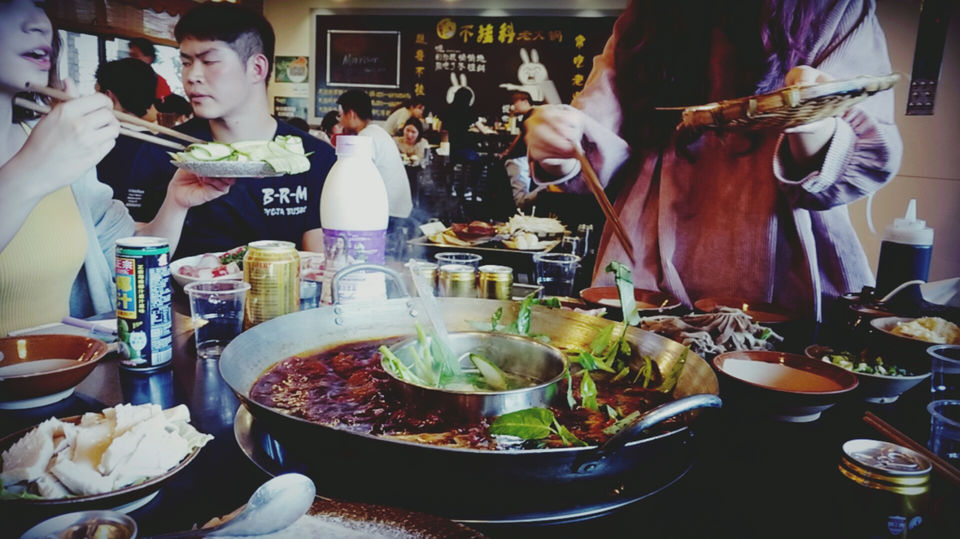 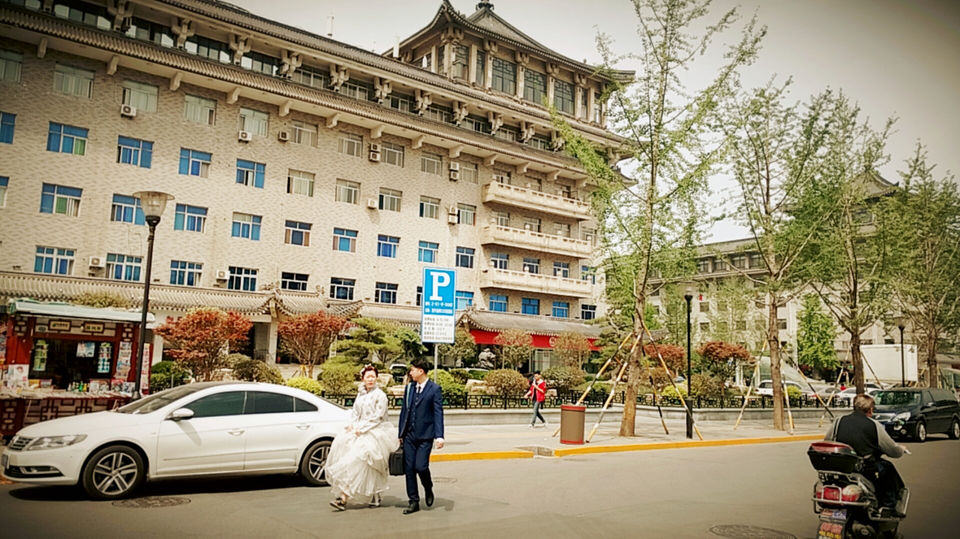 The second city I visited was Xi'an which was beautiful and was a reminder of how beautiful ancient Chinese architecture might have been .It's a small city so it's better if explored through bicycles and I will assure you that it's safe to ride a bicycle even on the busiest roads in China.The landscape of the city suggests that it is trying to find a middle ground between the old and the new which is clearly missing in cities like Shanghai or Beijing.It's hard to say whether it becomes more of a gimmick of the traditional architecture or does it look like it is trying to evolve from the traditional architecture.I visited the drum tower , bell tower and the pagoda which are claimed to one of the most preserved forms of old architecture in China .Next on the list was the terracotta army ,which is a bit away from the main city and is one of the most important tourist attractions.It is said to have been discovered by a farmer who was digging a barren land but since most of the commodities are owned by the government so was the land, so the farmer did not benefit a lot out of that and he decided to write a book about it which is sold over there with his autograph if interested.Every soldier in the terracotta army is different and is currently a lot of them are under restoration .The fact that the farmer discovered this by digging and the government speculating at least a 6000 of these soldiers is a topic that remains under scrutiny.The stay in this city was concluded with a beautiful light and water show in front of the pagoda which forms as a beautiful site for a photograph where the lit city of Xi'an acts as backdrop! 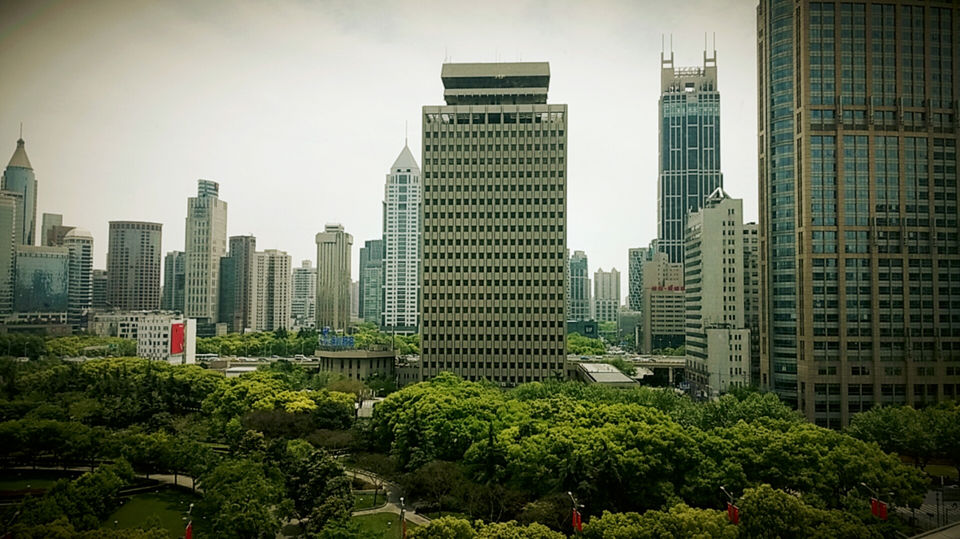 The next stop was Shanghai which is considered as the financial capital for China and the future development plans talks about making it an international finance centre that makes China easily accessible for trade. Roaming through the streets of Shanghai made me question the idea of a city.Is a city made up of skyscrapers with glass facades that are covered with changing lights or is it made by people who are constantly trying to find their way around such skyscrapers ?What makes us like cities?Is it the way its concretescape changes into something more romantic under the rain or is it the people who try to find their own space in this concretescape under the rain?What gives the city it's history?The ruined built form or the carvings that are embraced by these built forms?What makes a city your home?Why is it that today cities have lost out on their individual identity in order to achieve the best ,the way we lose ourselves in attempt to compete in the race of becoming the best.Does the architecture of a city influence the way we grow or is it mutual ?The way architecture is done today with the monotony of the blocks being repeated in every nook and corner of the city has induced a monotony in our behavior and thinking.Our surrounding doesn't inspire us because nothing in it relates to us anymore.With those gigantic buildings hovering above us just makes us feel insignificant and insecure .With more and more people coming to the city in an attempt to achieve this 'better' life are actually caught up in the cycle of monotony .The buildings have no voice of their own .It speaks of the society today where everything feels like a tweaked version of the other or just trying so hard to fit in .Our architecture speaks about our state of mind today and likewise.I was troubled by the state of Shanghai which in it's way to grow from a small fishing village to a city of humongous buildings has lost out on it's identity to be Chinese and makes you question What really is or what really was Chinese architecture.It's a state of all the major cities in the world where their skylines have started looking like the tweaked version of the other. 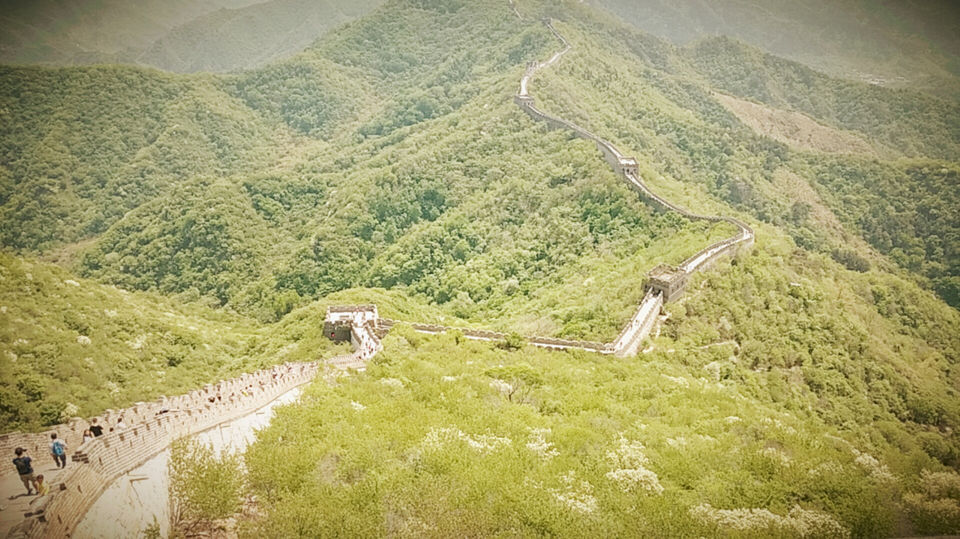 My last stop in the country was the city of Beijing which is livelier than Shanghai which surprisingly has streets that become inactive after 10 pm!There I visited the Olympic park,and in it the very famous Bird's nest.It's an enthralling experience to walk on the top of the stadium that lets you see the entire city in a glance!Then I visited the very famous great wall of china that is lapped in 2000 years of history.It leaves you stunned by the way it's built over such a mountainous terrain !On a very small scale it reminded me of the fort walls of Rajasthan.