Mystic Beauty of Danushkodi - A one day trip 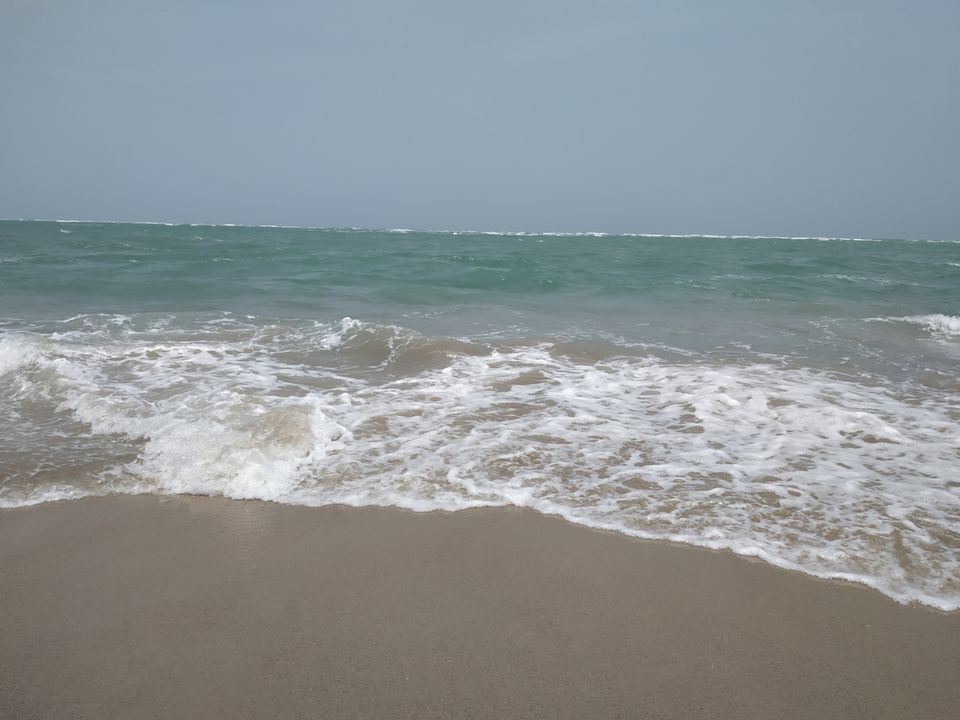 It was a one day trip with my friends to refresh our minds from the work routines. Danushkodi was the place we selected after rampaging all the travel sites and suggestions. All excited we reached Rameswaram by 7 am. After having breakfast, we entered the Ramanathan Temple. It was boasting the architecture and colorful interiors to the visitors. Many people had come for the religious bath and darshan.

After strolling through the corridors of the temple for sometime, we headed to Danushkodi. On the way we stopped to see the remains of old Rameswaram Railway station. Once a railway station, it is now few blocks of wall ruins that remained after the cyclone in 1964 that destroyed this town. After clicking some pictures, we continued our journey to Danushkodi. The sea on both sides of the road added to our excitement. We reached Danushkodi Viewpoint at 11 am. The mesmerising view infront of us didn't let the scorching hot sun get to us. It was splendid. I have never seen such clean and beautiful beach. The blue sea had a captivating feel that drew people to its shores. The most amazing thing was how different the seas were on the either side of this tail beach. On one side, it was the calm Bay of Bengal while the other side was the raging Indian Ocean. I felt nature showing me how our mind works. Sometimes in peace and sometimes furious. Words are not enough to describe this beautiful wonder of nature. After spending a fair amount of time playing in the waves and clicking some memories, we went to Ramar Padam. It is a small temple on a very small island. It is said that from the top floor of the temple we can see Sri Lanka, our neighboring country.

We started back to Rameswaram by 12:30 pm. On our way back we noticed the huts of fishermen and small shops selling handicrafts aligning the road. We stopped at the ruins of the Church of Danushkodi. The church aging 200 years was destroyed after the cyclone but the altar was still visible. All the ruins in Danushkodi held a haunted and mystic beauty. Next we went to the Mutt where we saw the floating stones that are believed to form the bridge between India and Sri Lanka(Ram Setu Stones). Our next stop was the humble home of late Dr A P J Abdul Kalam, our former President. It was turned to a museum and showed the history of his work and life. Following this, we went to his Memorial place in Rameswaram. The monument showed how great a visionary he was.  There were wax statues showing some of his moments. The scene of his last moment on the stage brought tears to my eyes. I believe he is a person whom everyone remembers with pride and respect.

It was 2:30 pm and we were starving. We had a delicious meal from a roadside hotel and continued to the last spot of our trip - Pamban bridge. My vocabulary won't be enough to express the scene and feel seeing the Pamban bridge. Connecting Pamban island to Tamil Nadu the bridge was indeed a man-made miracle. The blue sea and the cool wind was mind-blowing. The setting was so beautiful that you will stand there in awe for hours. We clicked some really cool pictures and returned back to our hotel. After getting some rest, we strolled through the streets and bought some souvenirs. By 8:15 pm we were on the train back to our reality and routines.

It was just a day, but the impression this trip had on my mind was tremendous. We were tanned, wasted and exhausted but it was all Worth it!!

Note : This is my first travelogue. So forgive my mistakes. 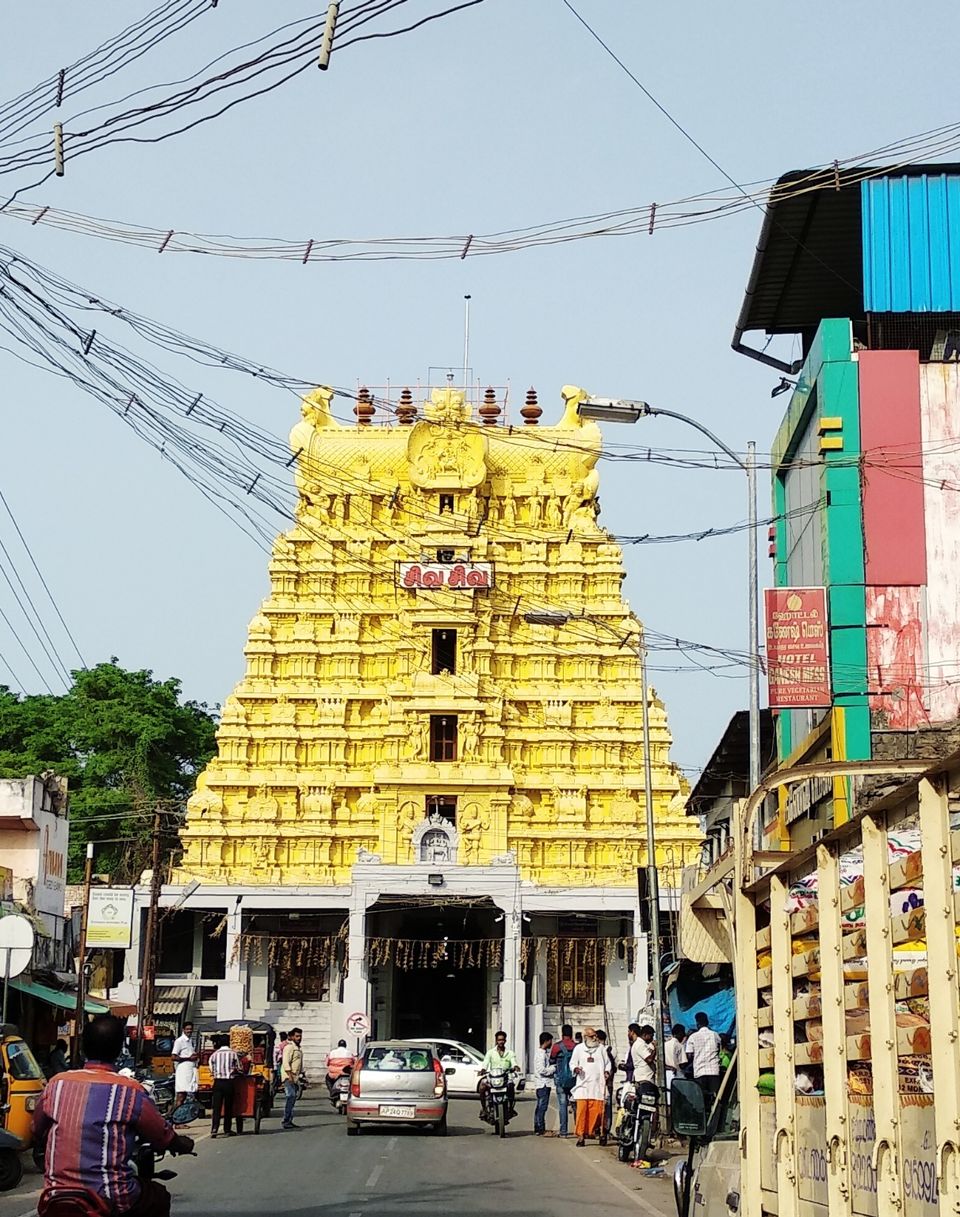 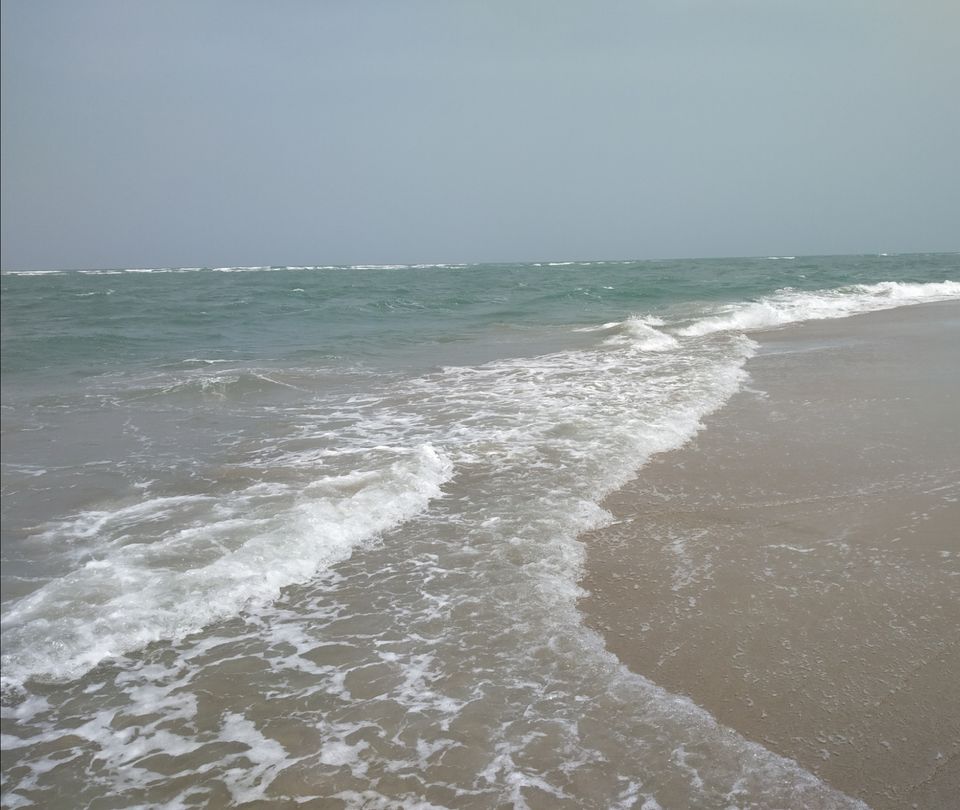 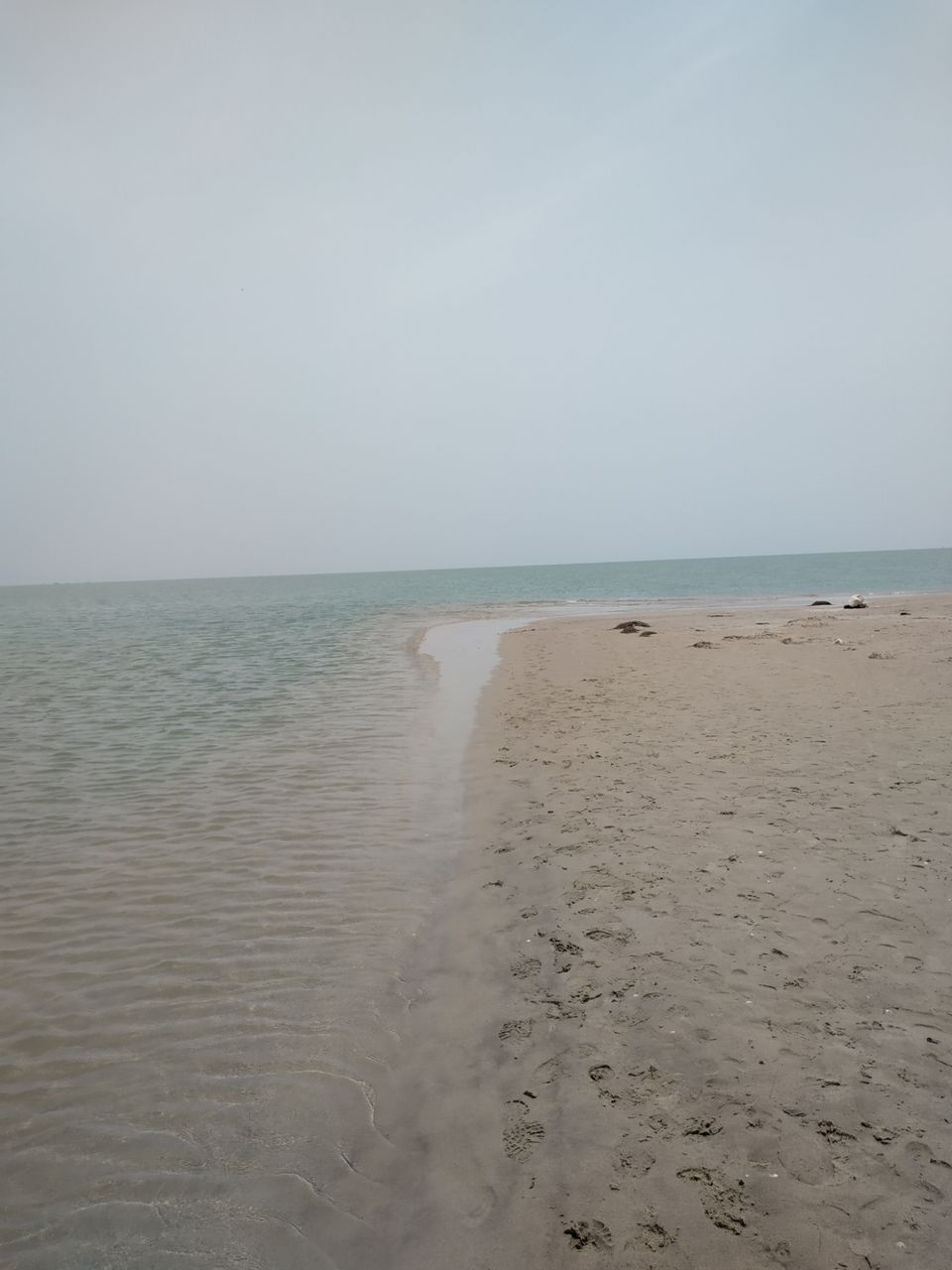 Through the ocean - Pamban Bridge 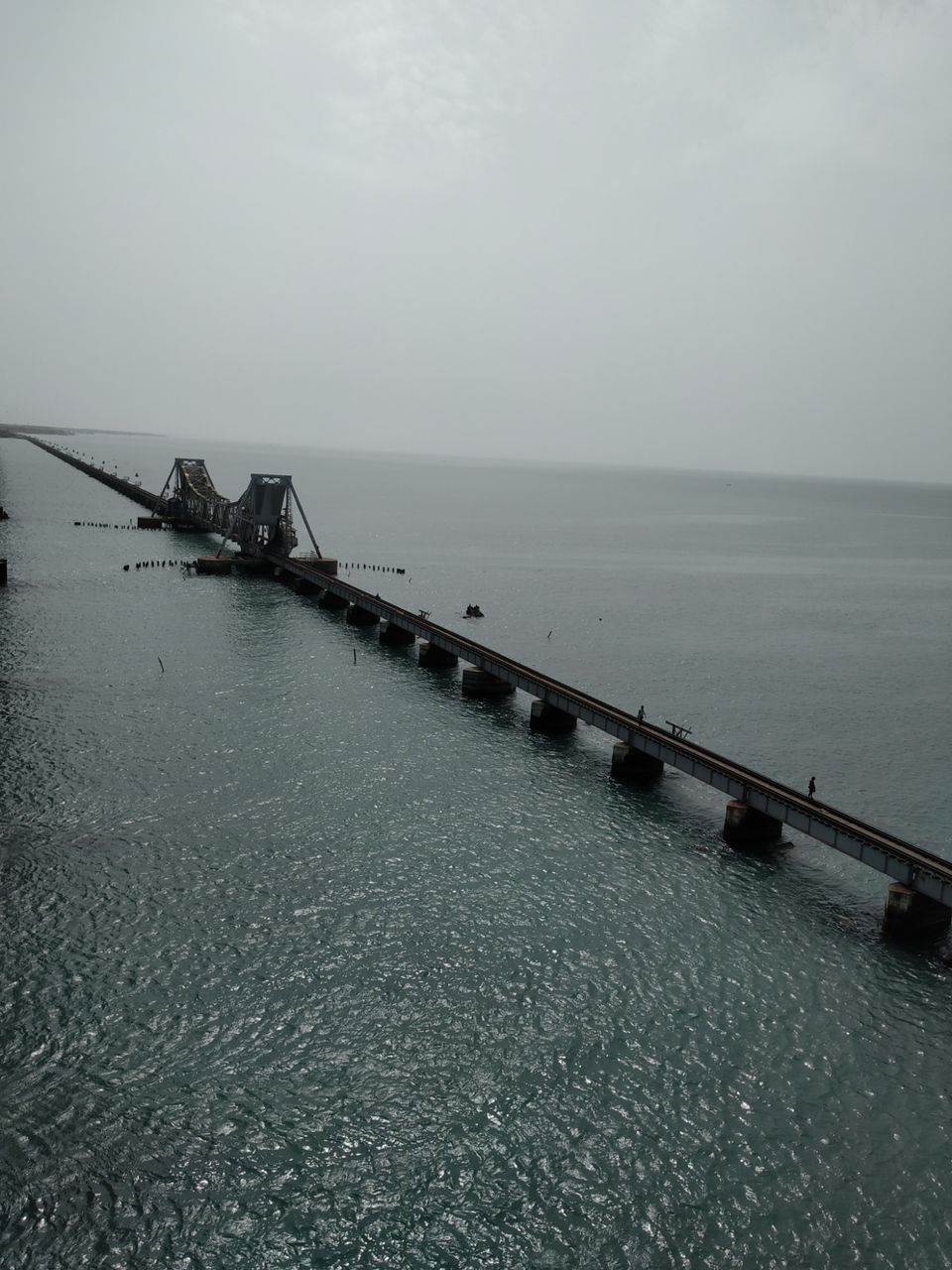 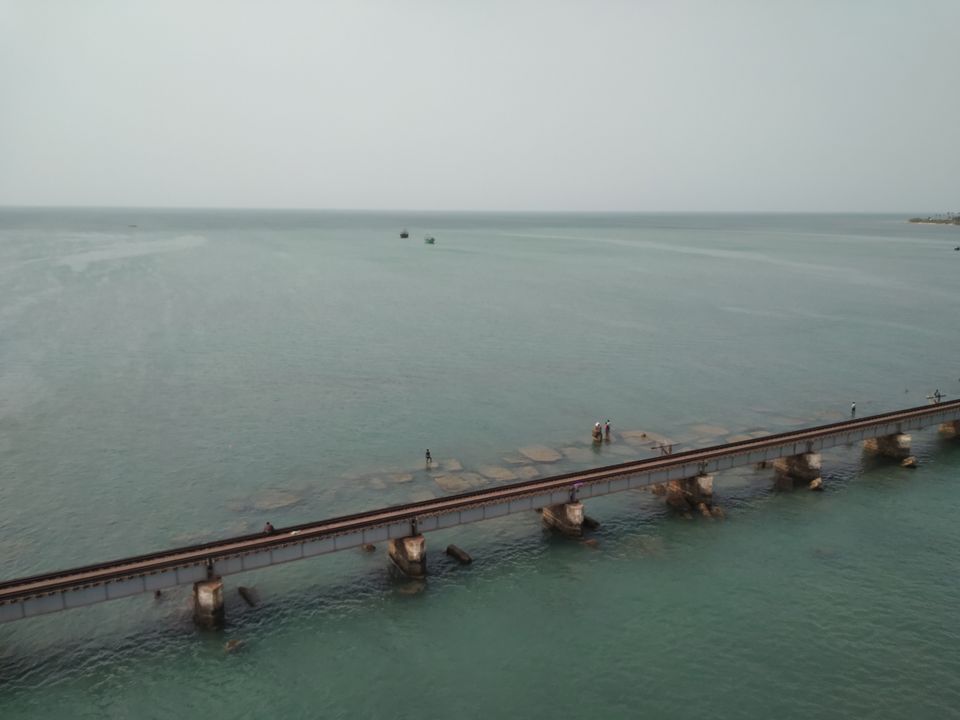 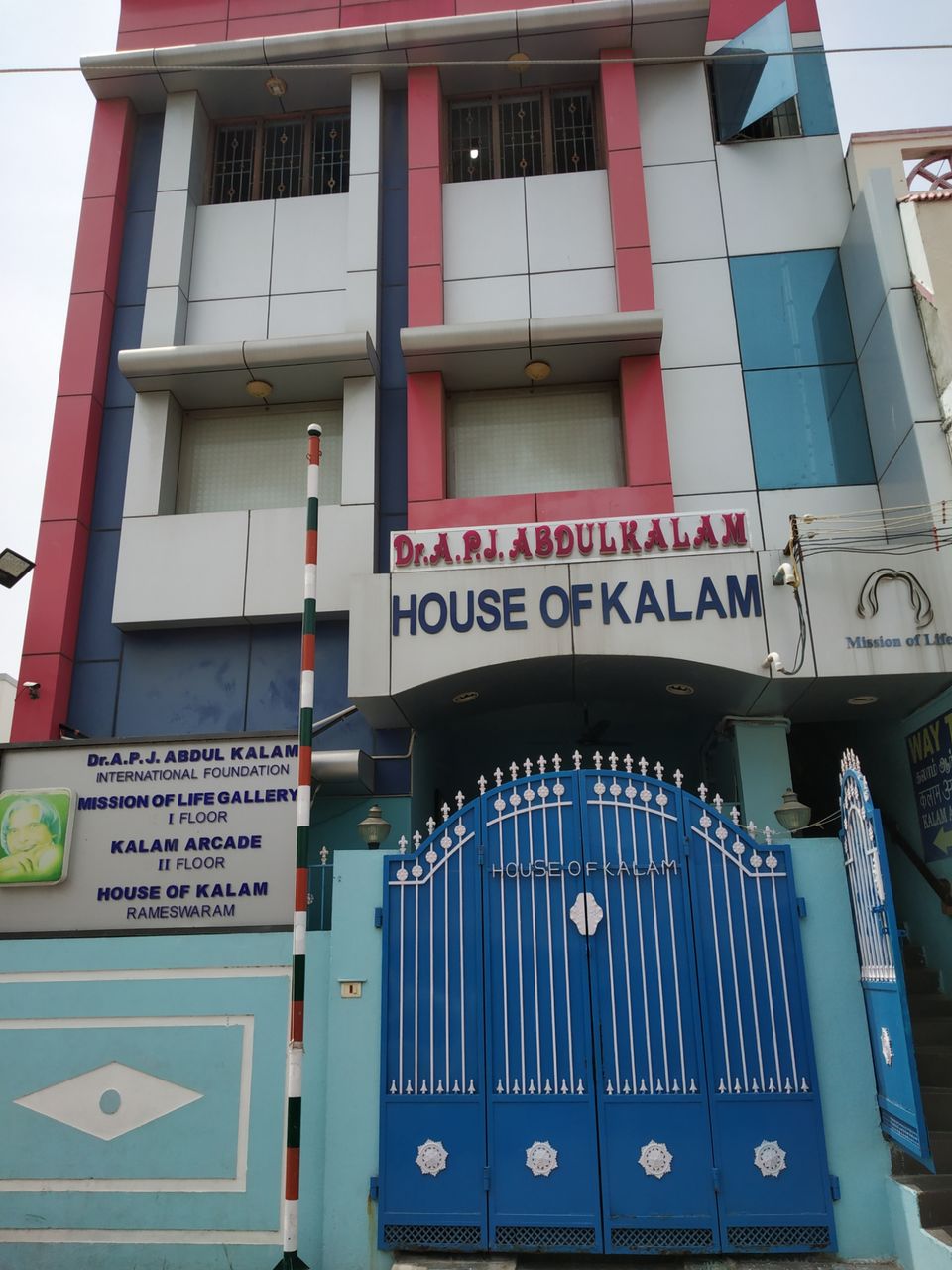 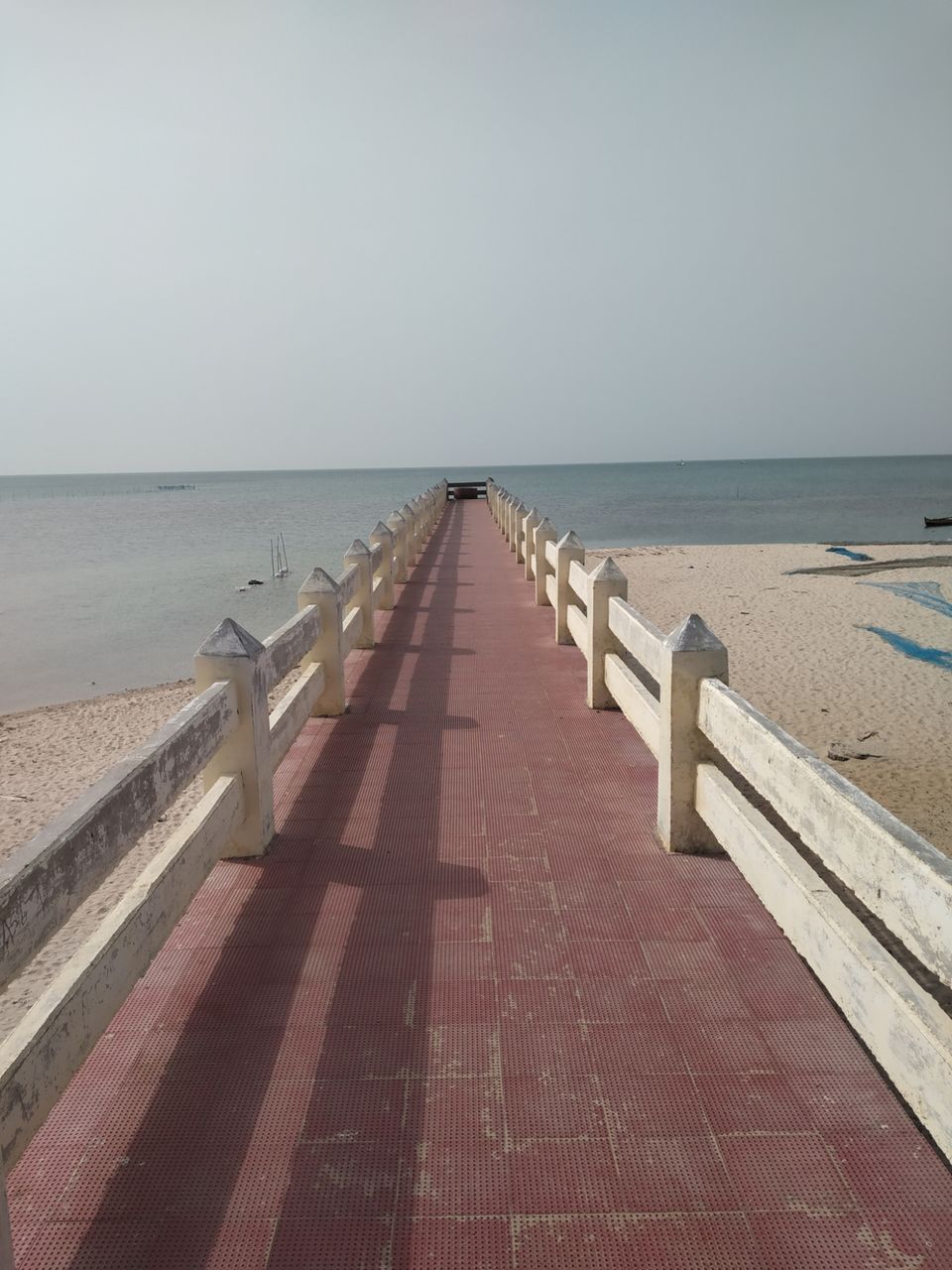 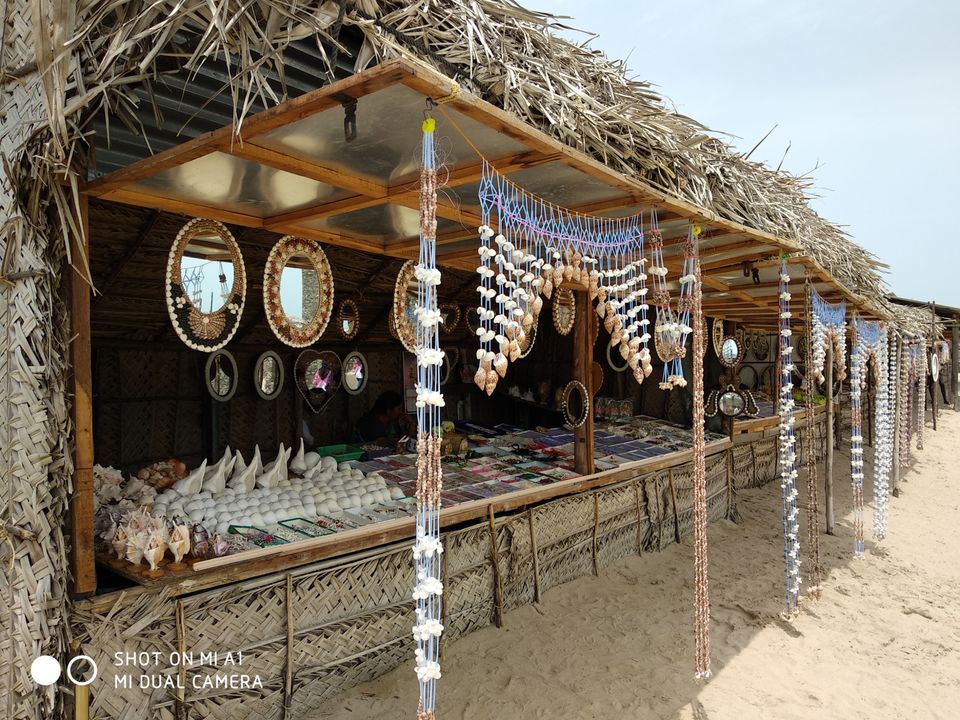 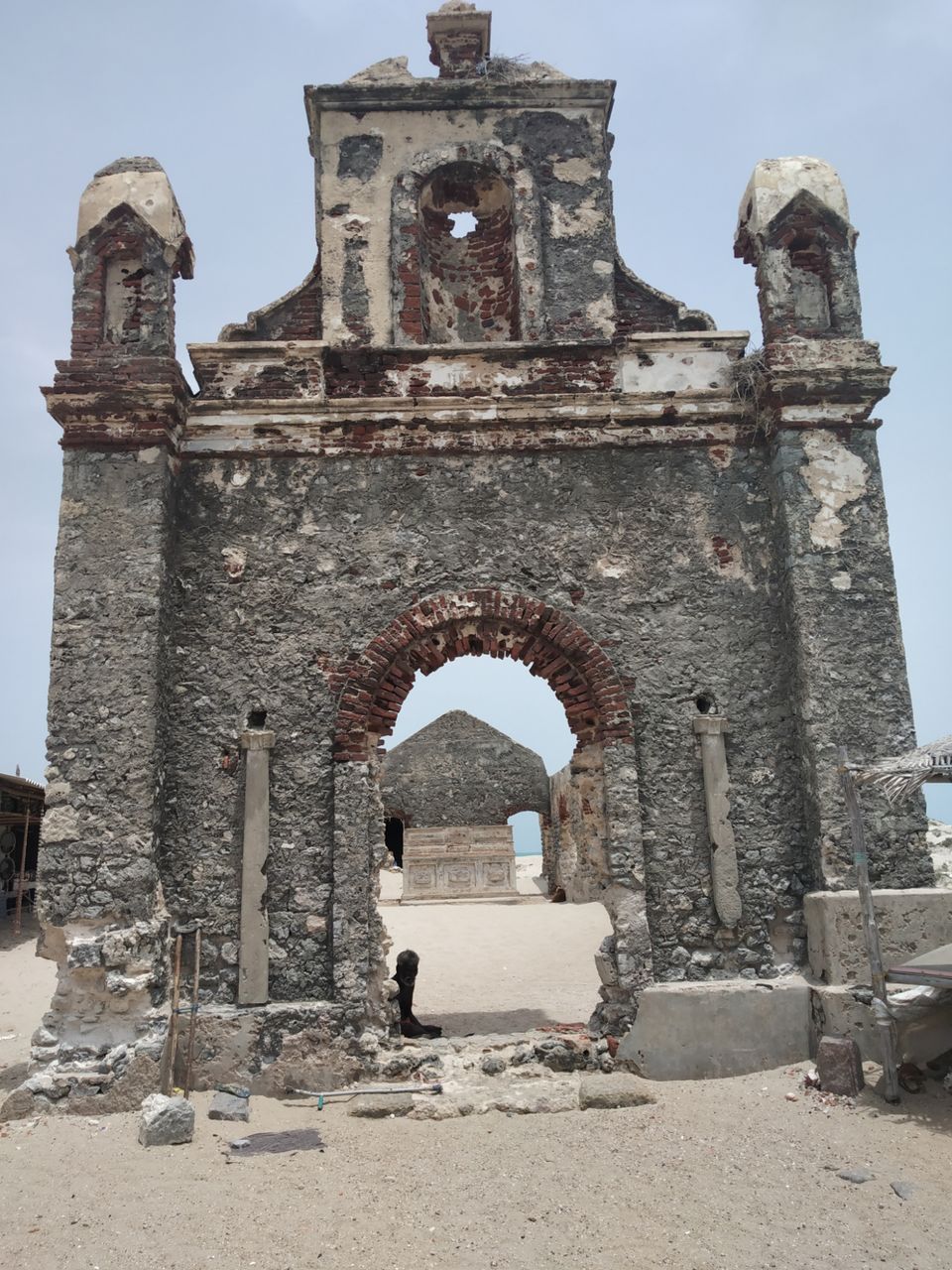 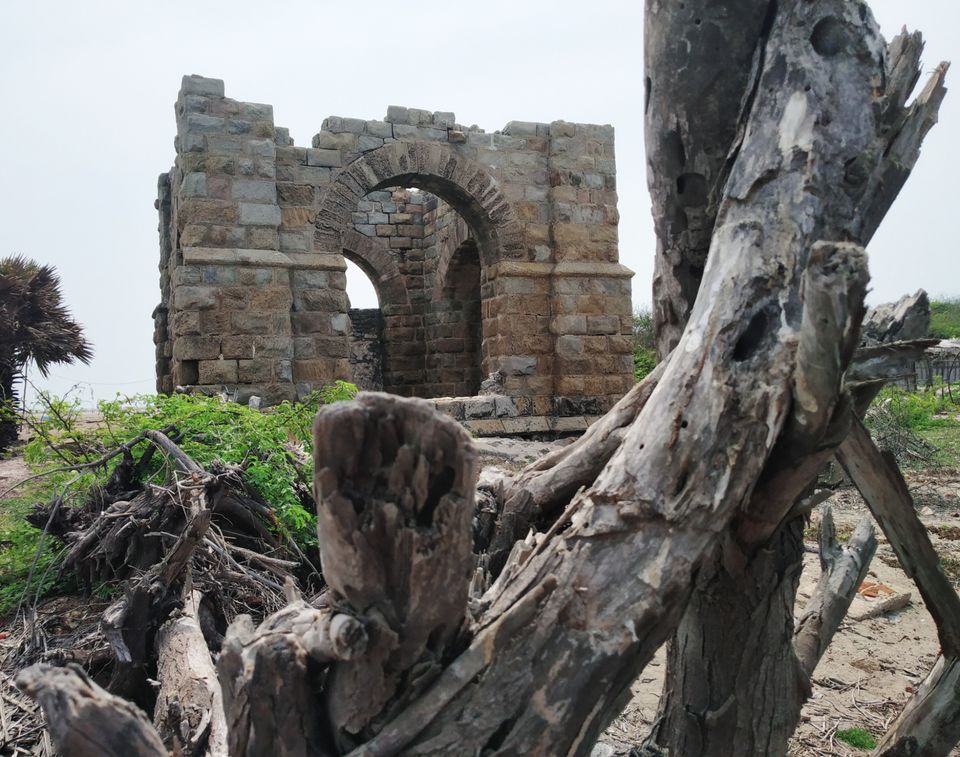 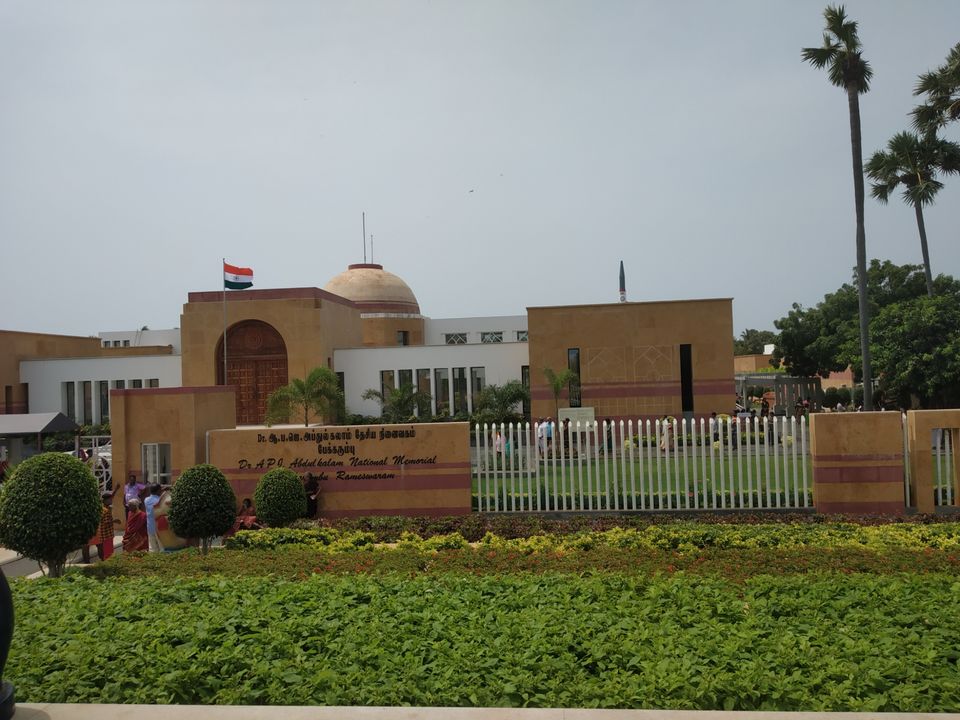 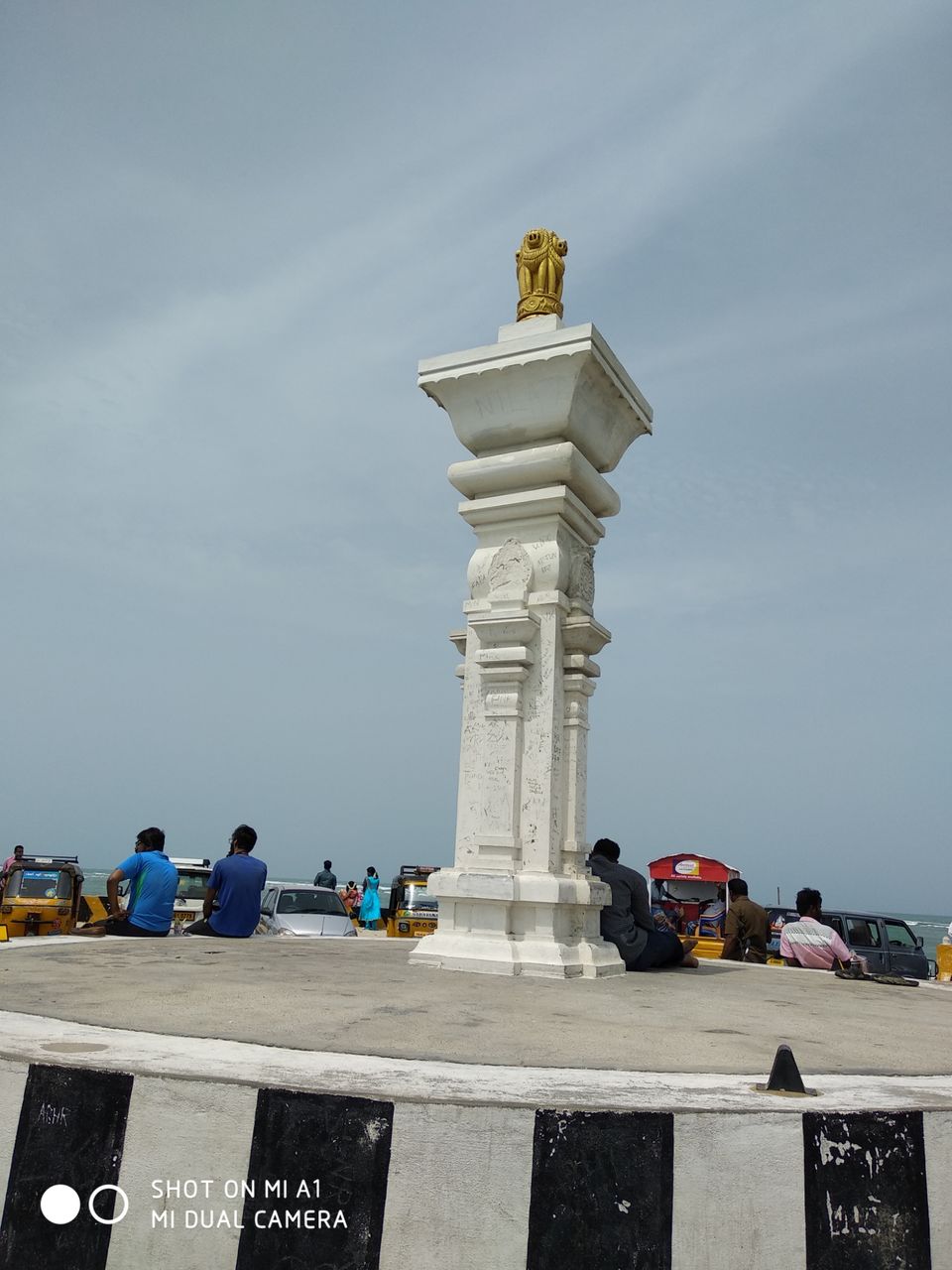 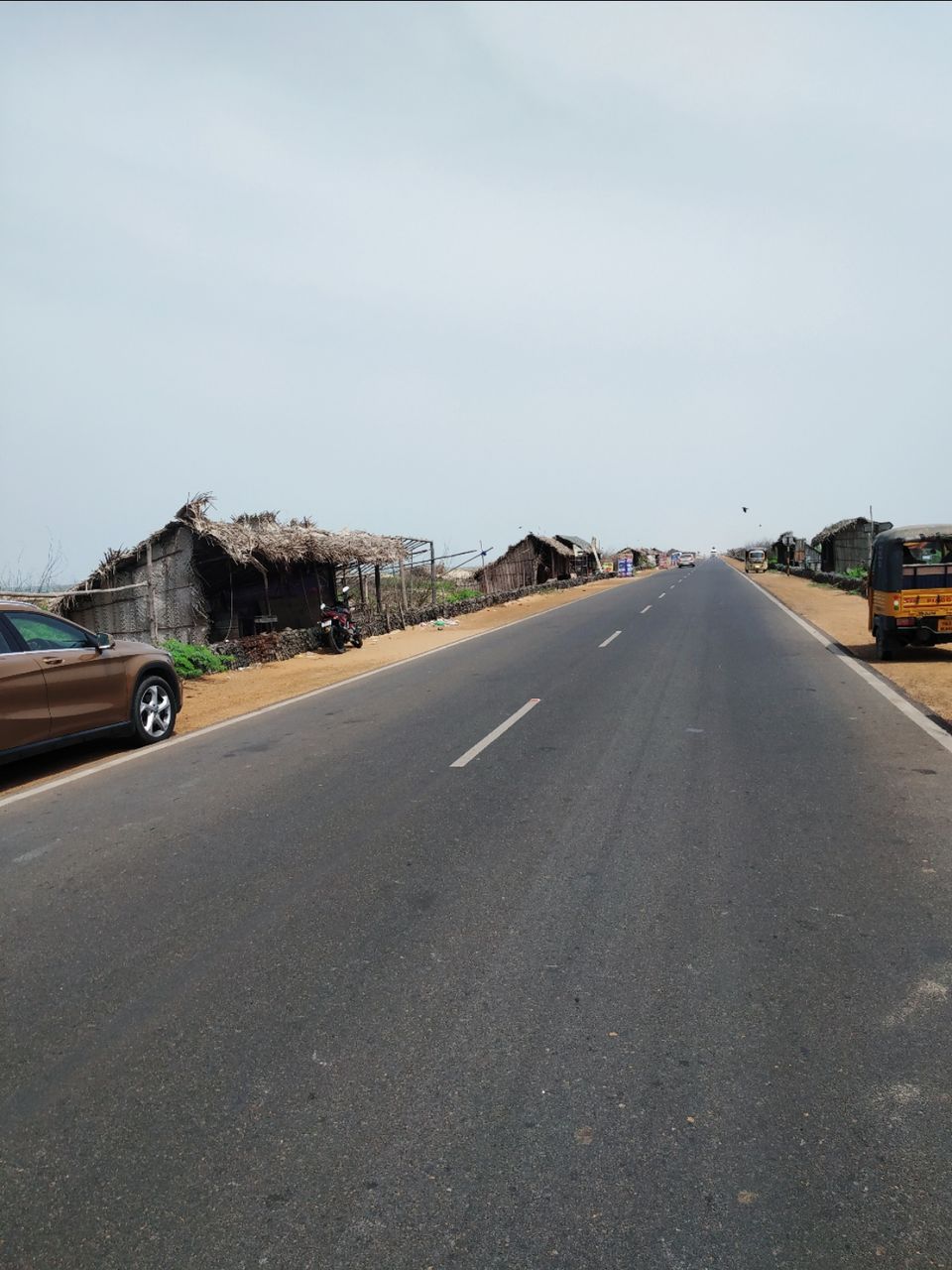