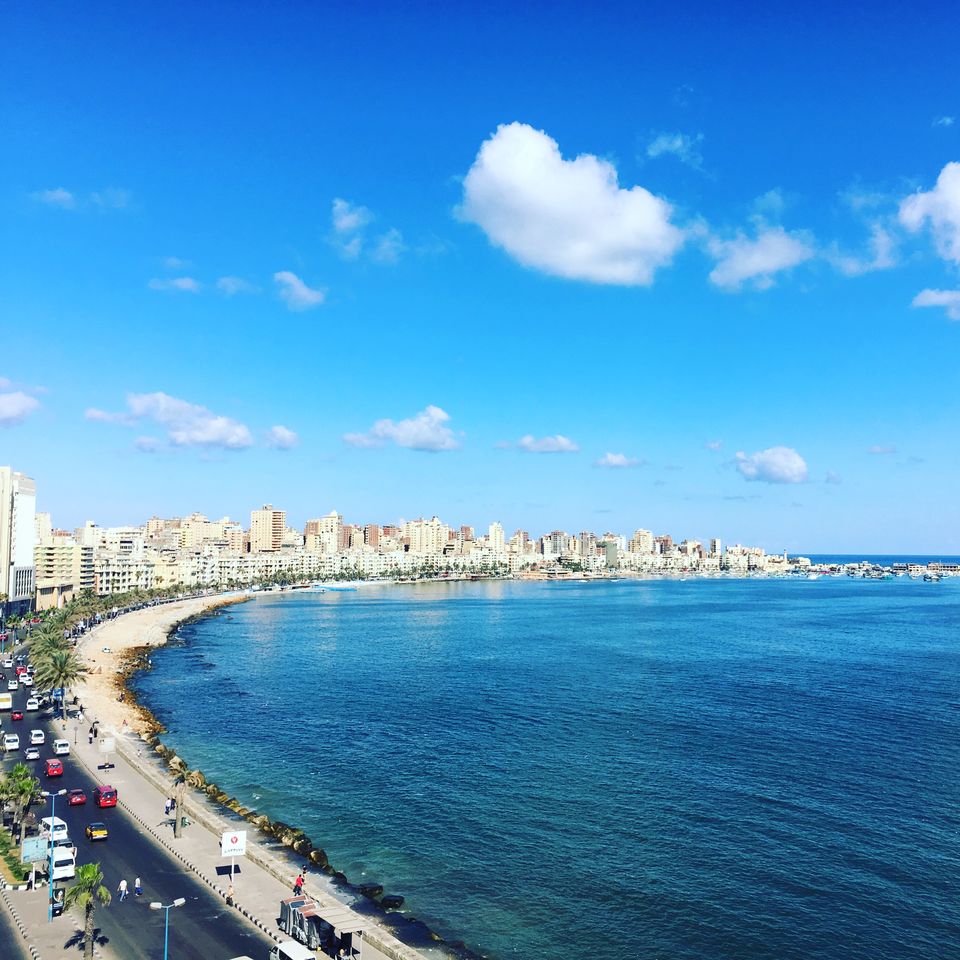 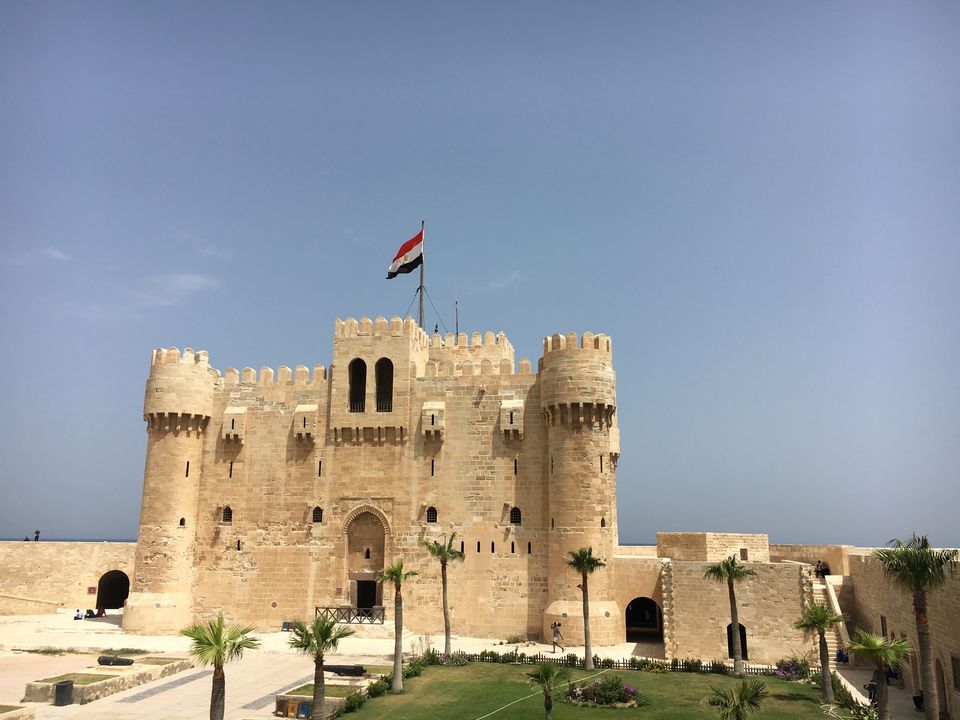 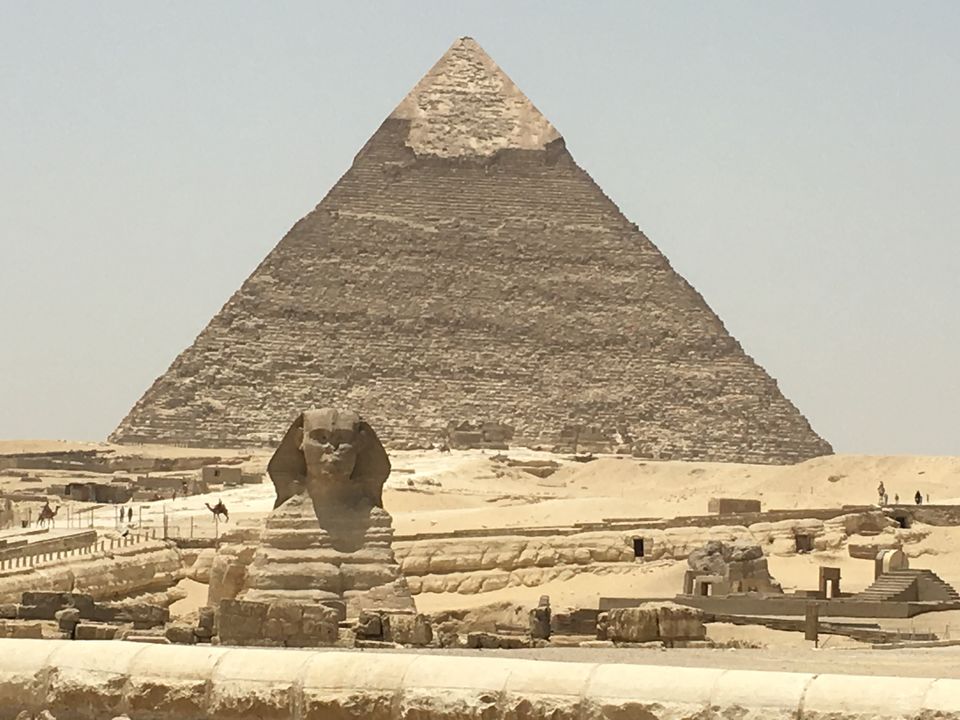 ‘Are you insane?’ ‘Is it even safe?’ whispered the many eyes around me when I announced, Egypt is up next on my travel calendar. ‘EgyptAir just got hijacked, headlines like such brought in a flood of instant messages from loved ones.’

‘Ya! I heard’, I responded. On other side, I endlessly rolled many travel sites to know what not to do in Egypt. But, I simply had to go. Adventure doesn’t come calling everyday and there was something about the place that called out to me. Something more than just the magnificent pyramids and unlocking another wonder of the world. An experience of a lifetime, my heart responded to my brain! <they talk often>

As a kid in school, I was always fascinated by stories of ancient Egypt; the mummification and the belief of everlasting life. I wanted to witness it myself; to add it to my travel record and I always thought the chance to see the gigantic man-made buildings ever will be an encounter one can never forget. Even my stomach did some flips on the plane until I spotted the pyramids from the air. But I was all wrong. What Egypt had to offer was more than just staring at the great pyramids of Giza, sailing down the Nile, visiting the great library of Alexandria, pharaonic monuments of Luxur, or the corniche stretched along the blue bay shore. And the Egyptian people made the whole travel magical, historical, mythological, vibrantly alive, majestic, hopeful, drenched in culture, and awe-inspiring. It indeed was an experience of a lifetime.

When I boarded my flight from Dubai to Alexandria, I was the only Indian girl in the aircraft and the flight supervisor was an Egyptian. It all started when he gave me the immigration form and asked, Hey! you’re not a local, are you from India? I said, yes I’m but how do you know? He smiled and said“because I love India too! And the pilot is an Indian as well. Welcome to Egypt.” Ha! His intriguing stories kept me blushing and entertained on this 3 hour FlyDubai budget flight with absolutely no need for an in-flight entertainment system. And when we landed, I regretted not having asked his name because we were so engrossed in chatting. I thought I’ll just “Facebook him” later and get connected.

Ten minutes in after landing at Borg el Arab, I knew that I had just stumbled upon an experience of a lifetime! I couldn’t wait to begin with my 5 days of best Egyptian encounters!

Alex, the underwater ancient city, founded by Alexander the Great.

50 Kms of a drive into the city, I crossed the many fishermen on duty and realized what exactly is famous about the Mediterranean climate: the summers here are really cool; the nights cooler. The drive was scenic and we arrived at our hotel which was like a old european residence, surrounded by cafes and roman style buildings. The 10-hour flight and the 8-hour layover in Dubai was exhausting but I ended it with a nice walk around this beautiful property, breathing the cool sea breeze followed by a light dinner and very deep sleep.

Next day, I woke up early to catch the first glimpse of city in shimmering sunrise. After a delicious continental-breakfast platter there I made my way to the tech conference I got invited to at the Bibliotheca Alexandrina.Covered in scripts and letters from almost all the languages of the world it is the largest reading space in the world with around eight million books! The interior is as impressive as its exterior, presenting readers with an area of openness and light, reflective of the concept of enlightenment.

Day 3 Alex, hotel check out, started with Fort Qaitbey and then covered Montazah Palace before taking the Uber ride from Alexandria to Cairo that ‘somebody’ did just for me in the hope that I’d meet him again, he was an engineer who didn’t get a job and turned his Nissan to drive around the city. It was a coincidence or a planned Uber trick that every time when I booked a uber he was the one who got my ride assigned. It’s still a unresolved puzzle, the dude refused to tell me. Like I said, he was an engineer.

Every part of Egypt is shocking similar to different parts of India in so many ways. The streets are just as busy as Chandni Chowk in Delhi. Pedestrians are seen weaving in and out of passing cars, so many voices shouting ‘Hey, India!’. I had a great time meeting people in the street. I’ll never forget the so many egyptian voices in downtown cairo shouting India, we love Amitabh Bachchan, we love India. I’ll never forget meeting other tourists from all over Africa, coming and telling me how much they love India. I’ll never forget when people said ‘hey! she’s from India get her milk tea.’ The best thing about Egypt is that it is very cheap, just the same prices as India. I was lucky to be connected with a local guy named Mahmood who guided me places to visit around the city. There are just many Mohhamad, Ahmed and Mahmood’s in city. I swear everyone who I met had one of these names only.

Egyptian food & people, it is the spice of life.

The real side of Egypt lies in its people who make up jokes even at their saddest moments, its culture & history that is so rich & diverse to the extent that even Egyptians find it hard to keep track, its food that is loved by Egyptians and foreigners equally. What else can you really ask for? And, who said vegetarians would not survive Egypt’s food? The most famous dishes are actually vegetarian: Falafel, Betengan (egg plants), Koshari (a mix of rice, pasta, chickpeas, fried onions, tomato and garlic sauce), Fatta (rice with moisten bread, garlic and tomato sauce) & Molokheyah (you have to try it to know what it’s like), Stuffed Vine Leaves, Zucchini, and Bell peppers. And don’t miss the Black Tea with Mint!

Mysteries of the mummies at Giza, Sakkara.

Someday, I’ll climb to the top.

Day 4 it was. Imagine two million stones, two tons each, carved, transported, and then stacked-up high, all so a king could take his possessions into the next life. These pyramids didn’t need much introduction looming large on the outskirts of Cairo’s outer city limits, the magnificent monuments are the sole survivors of the ancient seven wonders. While these architectural marvels are quite familiar to us from history books, movies, and travel magazines, their sheer size and the experience is staggering when you see them up close and in person. And the idea that these colossal structures were built 5,000 years ago with limited tools and technology just adds to one’s sense of wonder. Standing beneath them it becomes less easy to laugh at theories surrounding alien-intervention as the sheer size and arrangement of the pyramids are beyond imagination.

But let me confess up front that my experience of visiting the pyramids and knowing about the mysteries of the mummies turned into an amazing one solely because of my local tour guide. I favoured a horse ride between the main sites inside Giza and to begin with there are a few tourist rules everybody will tell you to follow strictly; “No matter what, ignore the vendors. No eye contact” Ignore when they say “Free, take it, free, free!” and “Don’t drop anything in the desert, if you drop it you will never get it back; those things then belong to the desert.”

Yes, seeing the pyramids is a quintessential Egyptian experience, but seeing them from the back of a horse makes it even more adventurous. Bumpy desert rides are part of the charm of this excursion. Lively commentary and the opportunity to ask questions about the pyramids or Egyptian culture add richness to the experience too.

My own personal, “Holy crap, I’m at the pyramids!” moment happened as I entered the passageway inside the sakkara pyramid. Crouched down, I navigated the steep ramp into the bowels of this ancient tomb. The anticipation, the fear, the excitement and the uncertainty — I felt all of those things and I knew exactly what was waiting for me inside — nothing at all. These tombs were looted millennia ago, and all the treasures were stolen before even the emergence of true western civilization.

As they say it is the journey rather than the destination that is more precious. The pyramid tour ended for me with an almost irresistible (pun intended) offer that I’ll never forget the 5,000 camels and 10,000 bananas that I was offered to not leave Egypt and marry the arabic lawyer who turned into a tour guide, helping horse-riding travelers around the Giza Pyramids. Of course, I had to politely decline the offer but the warmth of the sentiment surely touched my heart. I just smiled and said, “I’ll return to Egypt again soon.”

My Egypt endeavor ended in the morning of Day 5 when I headed to the airport to catch my flight to Dubai.

I just couldn’t wrap my head around the greatness of this country and words cannot explain why it is so important for everyone to experience Egypt once. For me, it was love at first sight and I embraced it with every fiber of my being; I am so glad I went and so grateful for the opportunity. There is so much more to discover and I hope to go back soon because there is still so much to see in that incredible country and meet its inspiring people all over again. If you want to discover a country in its most authentic state, don’t delay and head to Egypt soon for an experience of a lifetime!