The epicenter of Hollywood fables and bestselling novels, Egypt has nurtured one of the greatest and oldest civilizations in the world. It’s one of the most riveting tourist destinations, thanks to the rich culture heritage and traditions that have been in existence since the time of the pharaohs.

Words fail describe the immortal beauty of architectural marvels that stand tall even now – the Pyramids of Giza, the Sphinx and the Citadel of Salah El Din in the capital of Egypt, Cairo.

We Cairo I experienced a wide array of attractions ranging from the pyramids to Nile cruises that took me through the charming cities of Luxor, Aswan, Edfu and Kom Ombo. Besides towering pyramids, it is also home to the temples of Saqqara and Dahshur and the Mosque of Mohamed Ali.

Twenty-four kilometers south of Cairo is the necropolis of Saqqara, known as Saqqara complex. Housing the ancient capital of Memphis, the complex has a necropolis with a collection of mummified Apis Bulls and coffins of kings; some sights that I will remember forever! Philae Temple (Cairo), Kom Ombo Temple (Cairo), Karnak Temple (Luxor) and Luxor Temple are some of the most beautiful Egyptian temples.

After the archaeological trysts, enjoyed activities like diving off the coast of Sharm El-Sheikh/Gulf of Aqaba/Hurghada, camel rides almost anywhere in the country and enjoyed a sheesha and shai at an El Fishawy tea shop in Cairo. I also ended up for sand boarding in Sharm El-Sheikh, took a felucca cruise down the Nile, bird-watching at the Red Sea and Abu Simbel regions.

Reached Cairo!! Took flight from Cairo to Luxor. Once I arrived in Luxor, I proceeded for the Nile Cruise. Thereafter, I started our tour to the East Bank. I got chance to discover the Karnak Temple Complex - a vast area of temples, chapels, pylons and the Great Temple of Amun. Walked down the avenue of ram headed sphinxes that connect the Precinct of Mut, the Precinct of Amun-Re and the Luxor Temple. After lunch, spent the afternoon at leisure. Later in the evening, enjoyed dinner and a comfortable overnight stay on the cruise. 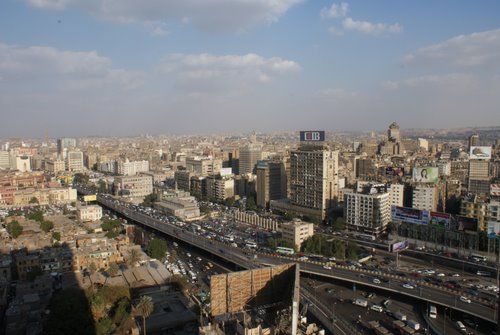 Started the tour to the West Bank. As I entered the Valleys of the Kings, I passed Deir El Medina, Madinet Habou and the Colossi of Memnon. I visited the colonnaded temple that was uniquely dedicated to Queen Hatshepsut. During lunch, i cruised towards the ancient cities of Esna and Edfu. Disembark in Edfu to visit the remarkably well preserved Temple of Horus. Enjoyed an overnight stay on the cruise. As I cruised onward, I disembarked at Kom Ombo and explored the Double Temple dedicated to the gods Sobek and Horus. Arrival at Aswan was late night. Enjoyed overnight stay on the cruise.

Early morning, took a short ferry across the Nile to Agilika Islands Philae Temple dedicated to goddess Isis. After lunch, visited Aswan’s Dams, both the Old and the High. Sailed the tusk shaped Elephantine Island and the beautiful Kitchener Island. In the evening, I had time to explore Aswan’s renowned markets. Enjoyed the overnight stay on the cruise.

Visited one of the most important monuments - the Great Pyramid at Giza. It was the tallest man made structure in the world for over 3,800 years. Then headed towards the Pyramids and Sphinx at Giza, where I witnessed the magnificent treasures of the Egyptian Museum — including Tutankhamun’s and the famous Gold Mask. Late evening performance of this spectacular sound and laser light show is a must to see while you are in Cairo. The voice of the great Sphinx tells the story of Pharaohs and how the great pyramids were built. (The show is in many different languages).