France Travel GuideFrance TripsHow I Spent A Day In Paris!

How I Spent a Day in Paris! 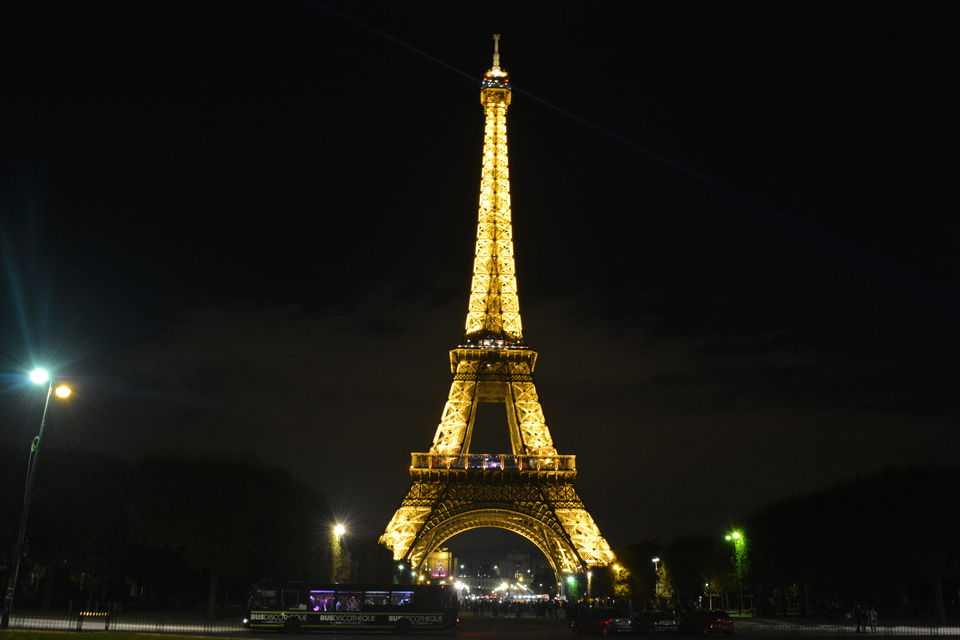 Paris! The city of fashion. The city of the famous, Eiffel tower! A monument associated with love and romance.

I just had a day to make the most of Paris while I was on a business trip. Since it was just one day, I wanted to make the most of it. I did quite a lot of research on places to visit, things to do in Paris already. There are few cool apps as well to plan itineraries now, which not only have a pre-populated list of places to visit and things to do but also have a description of their history and other rules.

So I took a late night bus from Heidelberg, Germany on a Friday night after work. You can reach Paris if you are in any European Union country by Bus, Train, Plane, and Ship. I opted for a bus journey since the timings were perfect, it was cheap and it was very close by to where I was staying. So the bus came little late, around mid night. Flix buses are very common, they are mostly semi sleeper. I was very excited considering it was my first trip outside India. It was a comfortable ride, had a good sleep mostly and I reached Paris around 7:30. Countries in Europe are so small that you can cross-countries over night. ???? ????

I got down from the bus and Paris was still sleepy and all quite. It seemed that It just rained, the roads were still wet. I so wanted to have some coffee. After a quiet walk I found a Mc Donald’s open. Had a quick coffee with a croissant. After all, I was in Paris. ????

Without wasting any time I headed on the street again. And, I found myself walking to the Arc de Triomphe. The Arc de Triomphe honors those who fought in the French Revolutionary and Napoleonic Wars. It has all the names of all French victories and generals inscribed on it. I found it quite majestic. Facing the famous Champs-Élysées – a famous street known for its theatres, cafés, and luxury shops. Interestingly, it is the place where Tour de France cycle race ends too. Clicked few pictures and left to walk down the street while it started getting crowded with lots of tourists. I was still searching for the majestic Eiffel Tower. I was imagining the scenes of Queen movie where Kangana can see the tower from all the streets. A little walking and I found her! Ah, what beauty! Although it was still little far I was already excited. The tower is on the left bank of Seine river which flows in the heart of the city with most of the prominent historical monuments.

I did research about cycling around in Paris, which sounded like fun and a lot cheap, but after giving a second thought; I gave up. I just had a day and may be I would have wasted by cycling around.

And, there I was – just in the front of Eiffel Tower! What a sight, there she was – standing tall in her glory since a century and a half. The Eiffel Tower is the most-visited paid monument in the world. I spent quite sometime around the tower and adjacent gardens, admiring the architecture and thinking about what did it meant to erect such a structure in the 19th century. It was constructed as a celebration of 100 years completion to the French revolution.

There I saw lots of colorful, double decker buses. All of these were city day tour, hop in – hop off buses. I did read about this service in Paris already and instantly decided to buy a ticket to ease off my day. Now no need of figuring out places to go to and their distances. The bus ticket cost was 20 Euros for the entire day, it passes through 40 monuments with 10 stops at major attractions. They have recorded commentary going on about the historical background of the places they pass by. The best part is that you can get down wherever you want; there will be a bus to pick you up every 20 mins. They also have night tours if someone wants to explore Paris by the night.

My next stop was the famous – Musée du Louvre! The Louvre is the world’s largest museum. Apparently, it was Louvre Palace, which got converted into this massive museum. It has a wide collection of the royal collection along with ancient Greek and Roman sculptures. The ticket to Louvre is 17 Euros. Which is cheaper for EU residents and students. It was quite crowded since it is a must visit for any one heading to Paris. As I got down, to the galleries of the museum; I really got lost. It has a massive permanent collection along with the temporary exhibition. For an instance, I couldn’t believe that I am standing in the building I read about in Dan Brown’s Da Vinci Code. It was a delight on its own. This building has 3 floors which are further divided into several sections. You can also opt for an audio guide if you are interested. I was truly amazed by what I saw, the painting by the famous people we just read about was right in front of me. Few of them were so real and magical in a true sense. Paid my visit to the ever famous and timeless ‘Monalisa’ by Leonardo da Vinci. She was the only one neatly protected behind a bullet proof glass and a railing. My feet were aching and I was so tired but couldn’t get enough of Louvre! I think I spent 3.5 hours there and still couldn’t complete the whole building. I would suggest a full day at Louvre to take the time to explore and appreciate what it has to offer.

It was beyond lunchtime. I made my way back to the main gate to wait for the bus. Got on the bus again, and got off at Notre-Dame de Paris. It is a medieval Catholic church, which is the finest example of French Gothic Architecture. It has a beautiful interior with stained glass. It was constructed in multiple phases over 2 centuries. It has beautiful interiors and colorful stained glass made it magnificent. The cathedral is quite big. I spent little time inside before heading for some lunch. It was almost 4:30 and it was raining. I shopped for some souvenirs while I waited for my bus. The last one you can get is at 5 since they close the day tour at 5:30 pm. There were so many artists painting and sketching; lot others who were selling beautiful miniature paintings. I found some beautiful gifts to take along from the streets of Paris.

I got down at the Eiffel tower again. It was almost evening. There were lots of people just sitting and enjoying the evening in the garden next to the tower. Got few great shots by the evening. And, as the Sun went down, the lights of the tower got lit up! Making it even more gorgeous. It is notable that they also have dancing lights for 2 minutes at 7 pm and again at 9 pm. It is indeed a beautiful sight and an evening to cherish. That moment, I did miss Saurabh quite a lot and decided to visit again along with him. ☺

Since I wanted the view of the city in the evening, I kept my entrance in the tower for the evening. But! It was a bad idea and I still regret it. The crowd was beyond my imagination and I had just a couple of hours to catch my bus back to Heidelberg, Germany. I did try to be in the lane for some time but it was all in vain since the line to the ticket counter was barely moving. Looking at the situation I gave up and thought of eating something under the tower instead. ????

I had a French sandwich, fries, and cappuccino. Honestly, that was the coldest sandwich I ever had. It was long, hard and cold. That made me feel even worst, but coffee helped! Haha! Slowly I started moving back from the scintillating tower. Bidding adieu with the promises to be back with my man! And, I lost my way to where I was supposed to catch my bus. After little running around and asking people for directions; I finally got a local bus to reach the bus station with help of a gentle lady. What a relief. Got down, started running like mad to catch my bus. Only to know I was the last person they were waiting for. After sitting on my precious seat, thousands bad situations came to rest and I started back with memories of a day well spent in the streets of Paris.