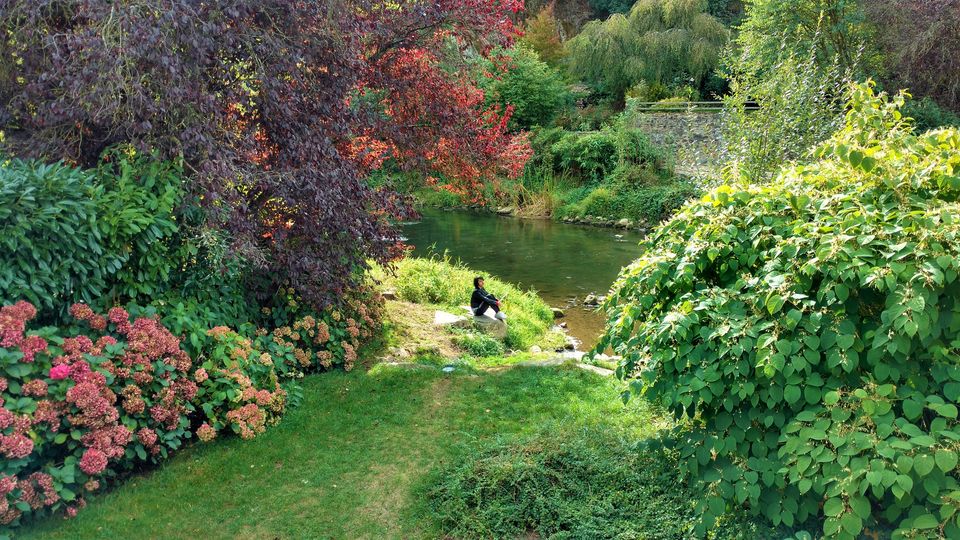 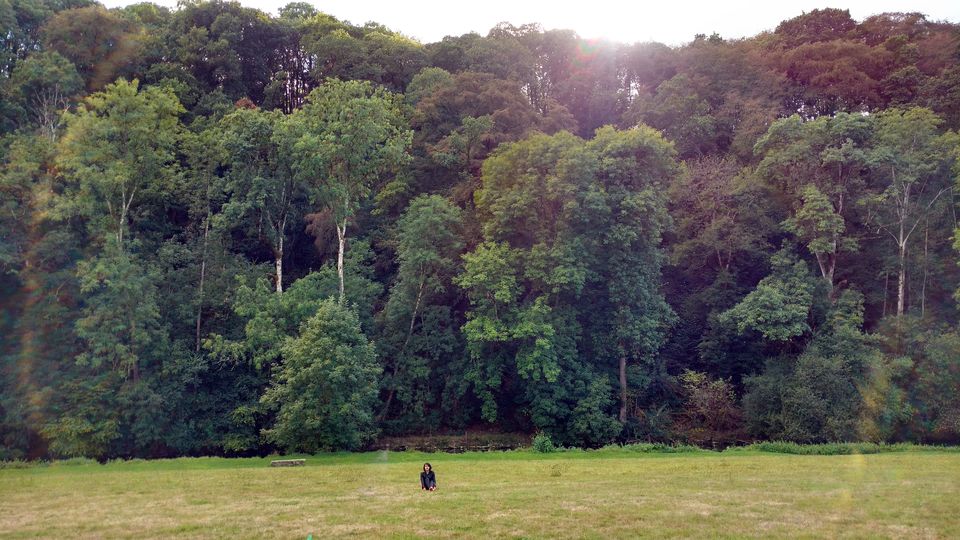 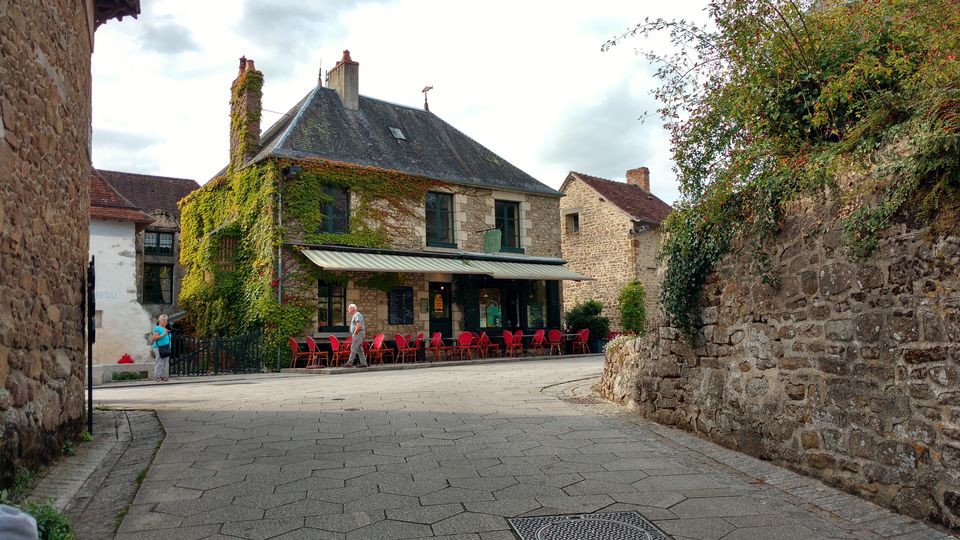 Ditch the city for the countryside, to discover a fairy-tale come alive. If you’ve been fed a heavy dose of fiction while growing up, Saint Ceneri le Gerei IS your ‘wonderland’ for real.

While Paris itself is enough to drown you in its beauty, I’d suggest you spare a couple of days to explore the lesser known tiny hamlets in the countryside of France. Not only will you be pleasantly surprised but will also be awestruck by how much more the country has to offer.

A commune in the north-western part of France, Saint Ceneri le Gerei lies some 200 km west of Paris in the Orne department. Listed amongst the most beautiful villages in France, the place is named after ‘Genericus’, an Italian hermit who lived here in the 8th century.

If you’re looking for plenty of things to do, you’re probably in the wrong place. However, if you just want to let loose, dip your feet in the clear waters of the river running right through the village or nibble on an apple or two while you differentiate between the various hues of the autumn leaves, it doesn’t get better than this place.

That said, summer is perhaps the best season to visit the place when the flowers are in full bloom and this pretty little hamlet assumes a character of its own. However, it is also one of the busiest times of the year. So, these moments of solitude are best forgotten at such times.

As you take a walk around the place, make sure to stop by at some of these: 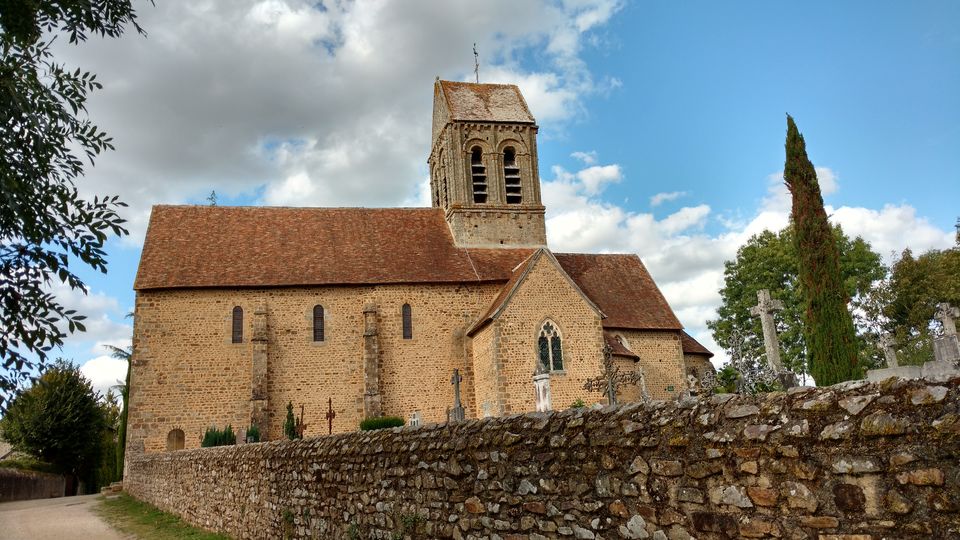 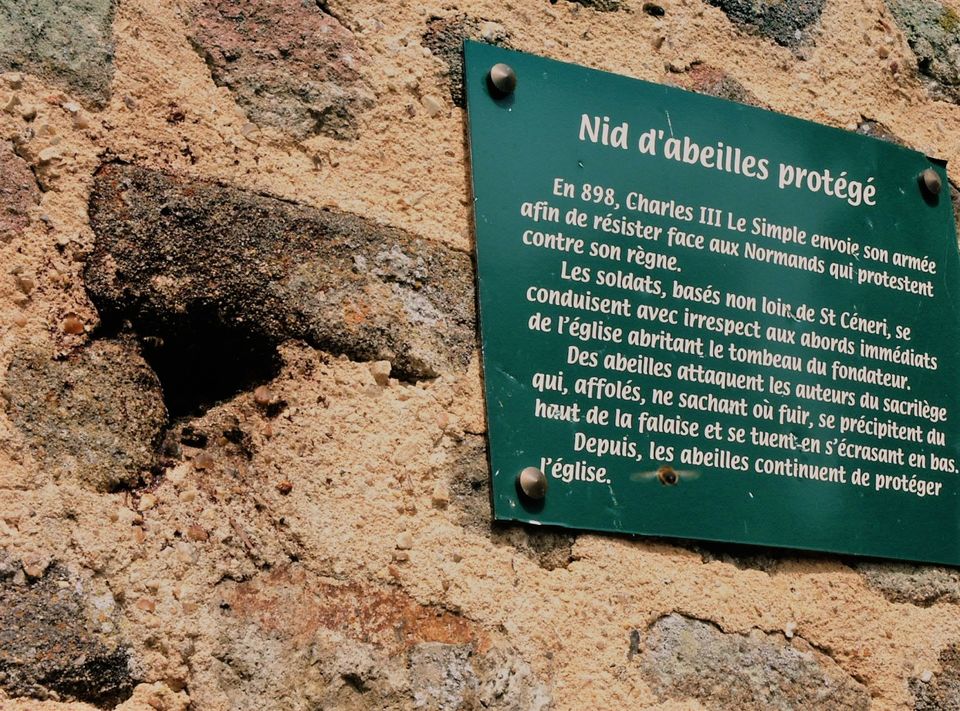 1.)Church of Saint Ceneri – If you’ve been wandering around Europe and have visited a few churches this one might not have something too special to offer.

Until, you go towards the backside of the stone structure. Not only do you get the most enchanting view of the village from here, you’ll notice a rather celebrated beehive on the back wall of the Church. Believe it or not, it’s a ‘protected’ beehive. The story behind it goes something like this – In the last couple of years of the ninth century, a group of soldiers attacked Saint Ceneri in order to capture it. They greatly outnumbered the garrison of soldiers defending the village. In order to save their lives, the soldiers locked themselves inside the church hoping for a miracle to save them. And a miracle did happen!

Apparently, disturbed by all the commotion, a large number of bees from a beehive at the back of the church attacked the invading party. Running helter-skelter in pain and shock, the soldiers jumped into the river to get rid of the bees. However, they fell on the rocks below, thus meeting their death.

Since then, the beehive has been protected and a plaque right beside it mentions that “the bees continue to protect the church until this very day”. 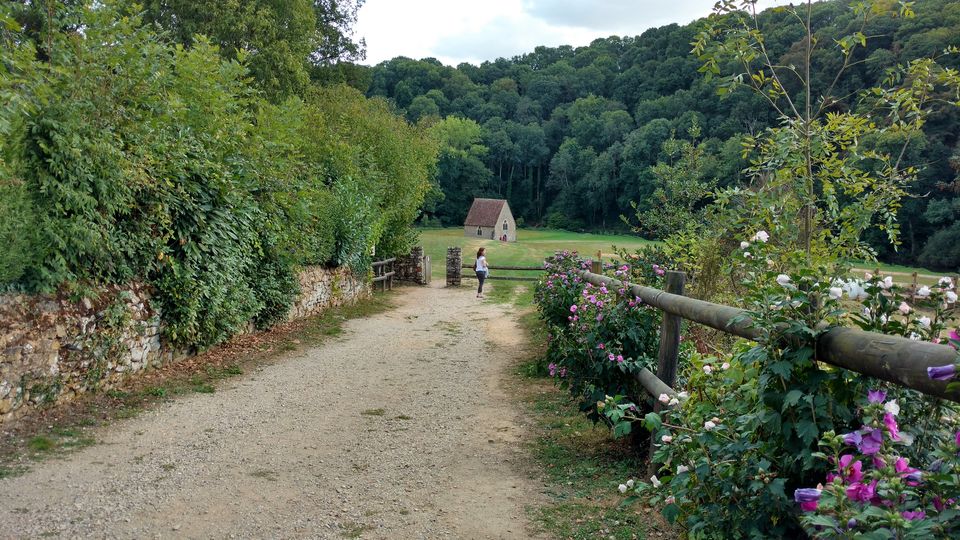 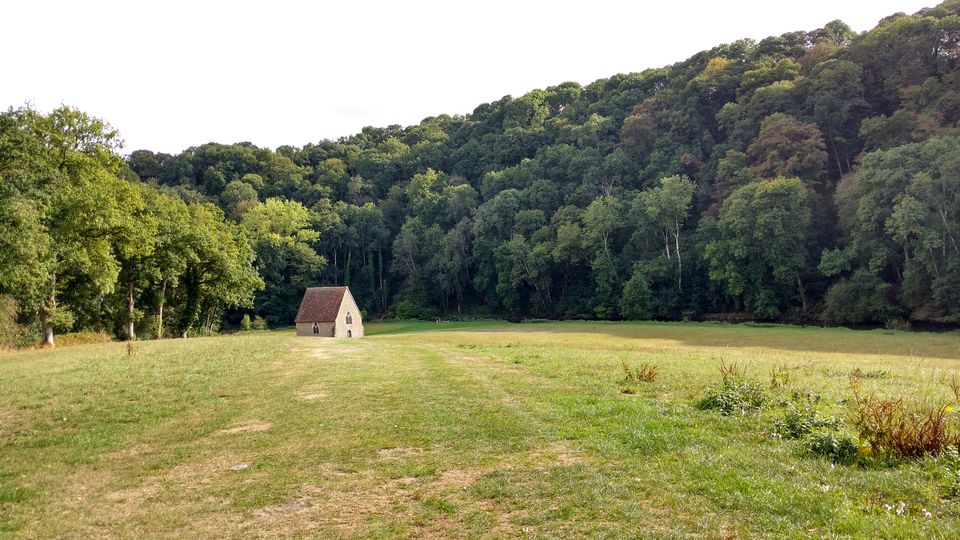 2.) Saint Ceneri Chapel – If you walk straight into the meadows from the car parking beside the river, you’d hit a large swathe of green, with what seems like a dwarf’s house right in the middle of it. Walk further and you will find a lovely little chapel standing in the middle of a field. This one too has a story of its own.

As you get inside the chapel you’d see two statutes of Saint Ceneri. According to one of the beliefs, young girls hoping to find a groom, put needles in the robes of the Saint in order to fulfil their wish.

3.Artists’ Haven – Walking around the narrow lanes, you will undoubtedly come across several art galleries depicting the beauty of the village. Since the 19th century this village has been attracting numerous artists, with their favourite imitation being that of the little Chapel. If your pocket allows it, one of these is worth spending your money on. If not, the much cheaper postcards are the best bet! 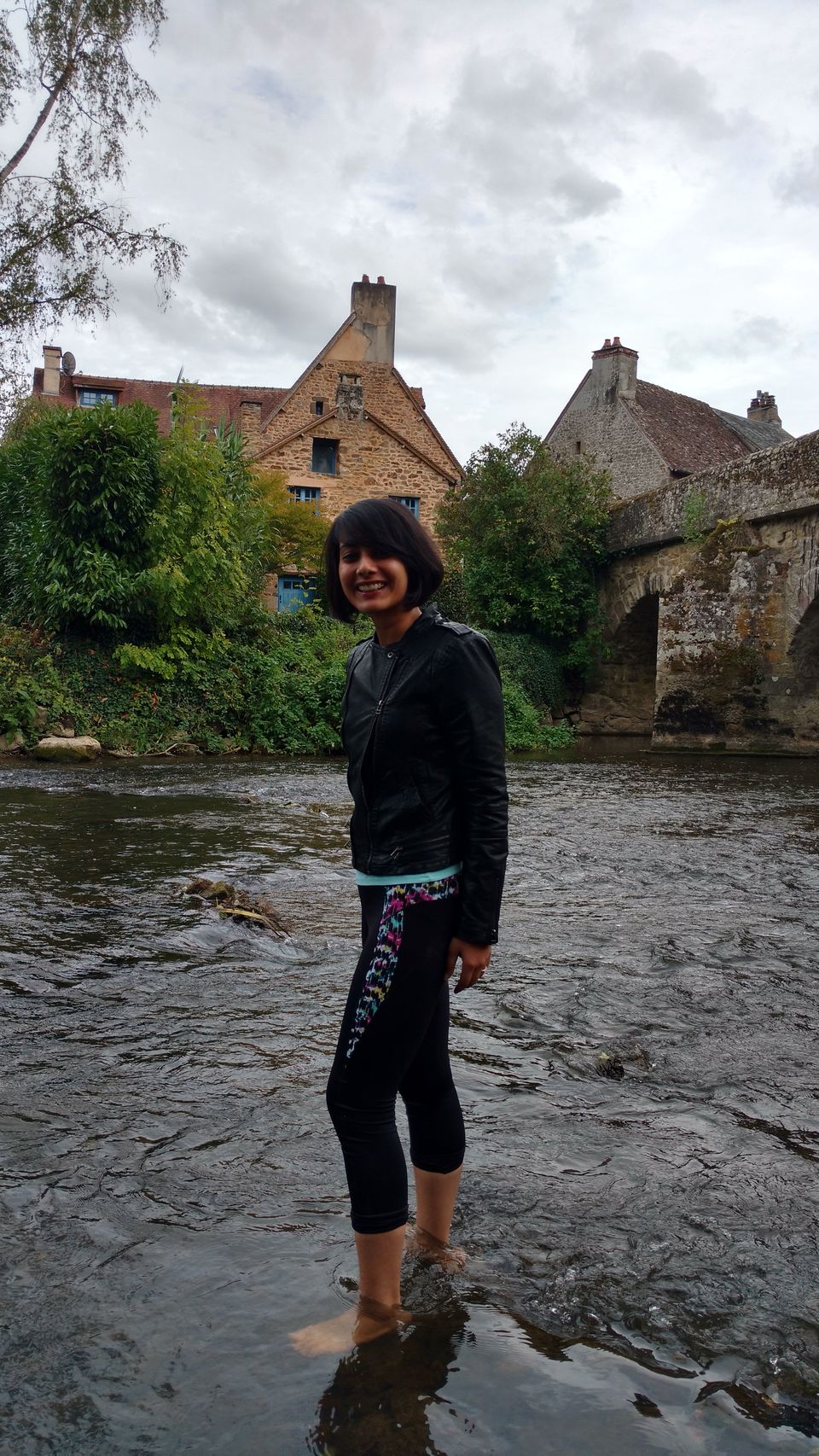 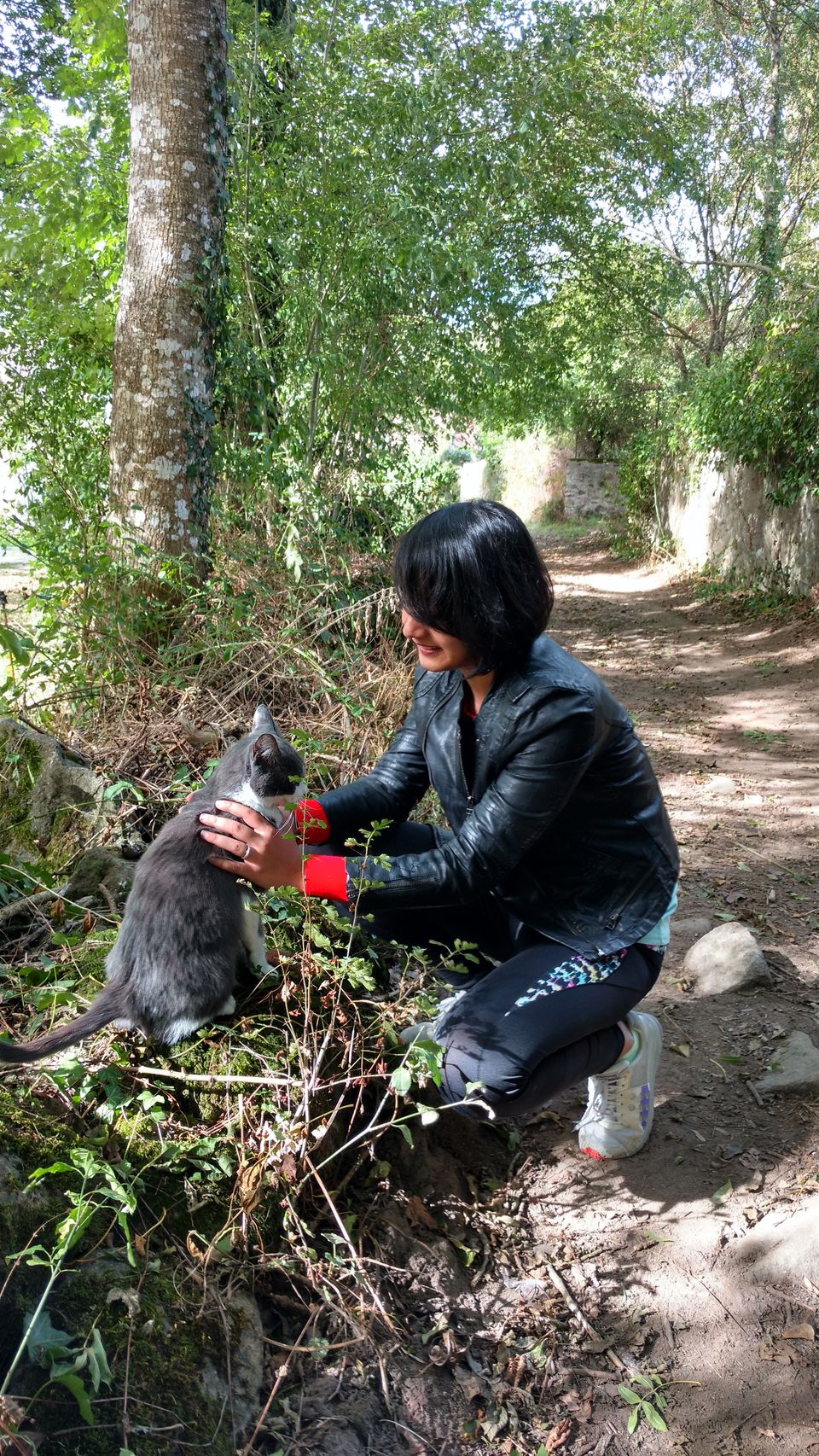 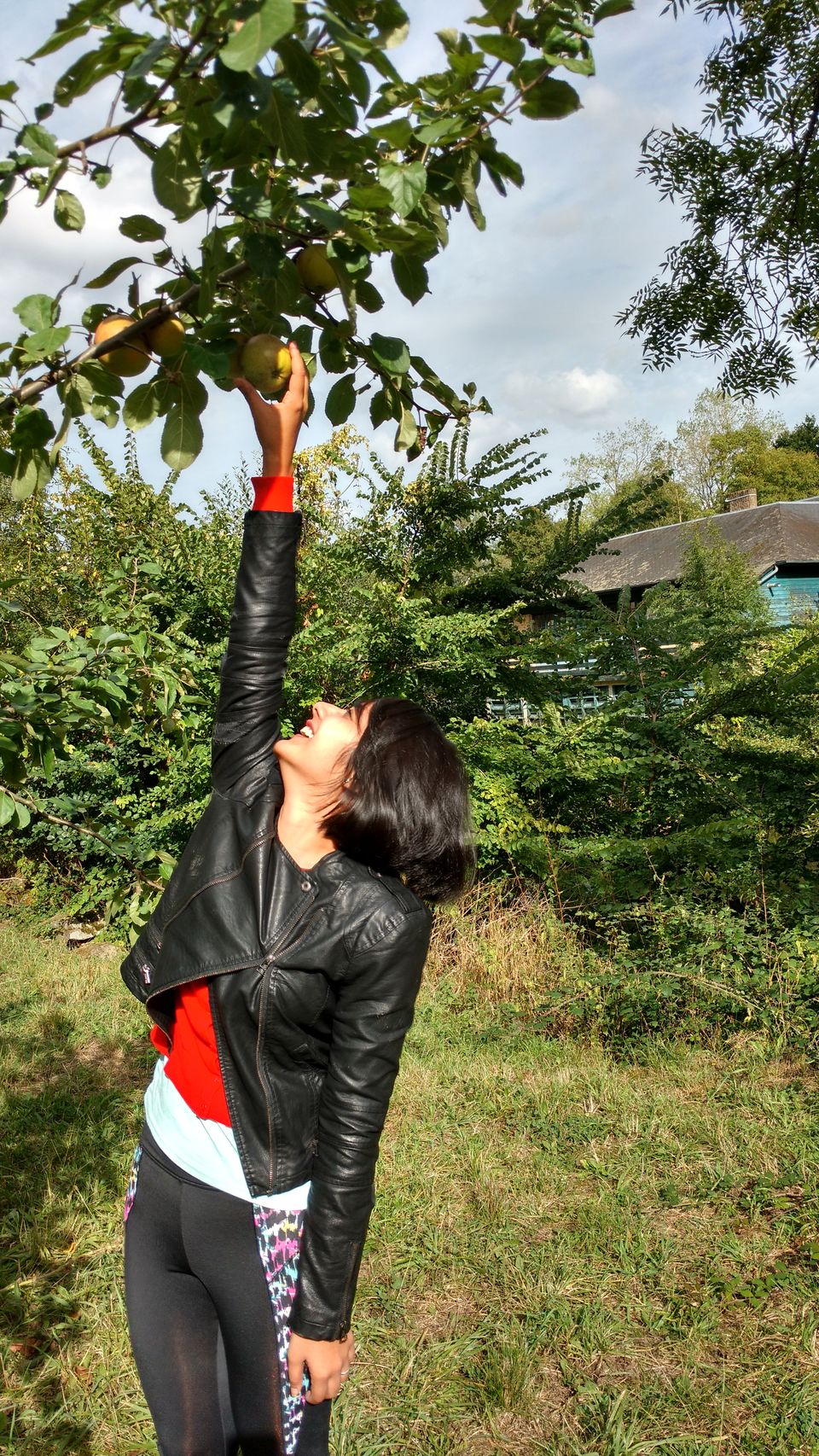 4.)Little Joys of Life – Take a quiet walk along the river Sarthe, disturbed occasionally only by a curious cat who will literally demand your love and affection. Nowhere else have I seen cats as loving as in this village! As your brief encounter gets over, walk over to the apple trees and spread your picnic basket to enjoy a delicious meal, as you listen to the sound of the river flowing past.