Marriage is a starting point for a lot of new things in life. A new home, new surroundings, new people, and most importantly, living anew. For me, however, this part was easy enough! I had known my husband for nine years, we’d been our closest confidantes, and for us, marriage was just another chapter in the ‘fairy tale’! What *would* be new to me, was moving to Germany with him. It’s this part that got me scared and excited at the same time. ‘Living in Europe’, in one of the most beautiful countries in the world, with Switzerland and France within driving distance…how much better could it get? But leaving behind my entire life, so to say, my city Calcutta which had cocooned me throughout in its beautiful chaos, my family, my friends, my job…yes, it was a tough choice to make.

When I landed in Germany and made my very first train journey from Frankfurt to Stuttgart, the silhouettes of red-tiled roofs, church spires and rolling fields against the dark purple sky immediately won my heart. It was the landscape of countless story books I’d read as a child. Before I knew it, I was dreaming of cobble stone paths, flowers on the window sill, the gong of the church bells and the houses that emerged straight out of picture books! That was the ‘Europe’ I wanted to explore, its mighty cities could wait, I wanted to go off the beaten track.

So, we chalked out a plan. We’d visit as many un-touristy circuits as we could on the weekends. With a Baden ticket which would allow us to travel at surprisingly low prices on weekends, it was incentive enough to go wandering around.

The first place we chose was Freiburg. The charming, sunny city of Freiburg holds historical importance as one of the oldest university towns in the country, and the Freiburg Minster, is the only medieval Gothic church in Germany. On a warm Saturday afternoon, in the peak of summer (Incidentally, Frieburg is the warmest city in Germany!) it seemed as though the entire city had descended on the streets. The carnivalesque atmosphere around the church in the Market Square held us captivated for some time. All the activity in Freiburg centres around the Church Square. On Saturdays, local craftsmen sit with their wares…lavender sprigs, beautiful hats with ribbons, flower wreaths and wooden cookie cutters with quirky designs.

All the music and cheerful chattering of the market gives way to calm once we are inside the church. The stunning interiors with stained glass windows lending its vibrant colours, and the altar with hundreds of candles glimmering in front, is magical, for a moment, I was transported to the Grand Hall of Hogwarts, and it seemed as though a Sorting Hat would emerge any moment! Little did I know that the toughest part was about to begin! We decided to climb up the Freiburg Cathedral tower, all of 116 metres, around 360 steps. The steep steps go winding up the narrow spire, which barely has enough room for one person; for a tired soul that I am, especially after all the walking that day, I huffed and puffed up the stairs, stopping for breath much too often. Once I reached the top, though, I was happy I took the effort…after all the narrow steps, the top of the spire suddenly opened up with a gorgeous view of the city and the Black Forest surrounding it, making me realize that it is no wonder that Freiburg is called the ‘Jewel of the Black Forest’. Climbing to the top of the spire also has another reward, apart from the views. The bells of the Freiburg Munster are housed in the Tower, all of 16 bells, the oldest and biggest, called ‘Hossanna’, dating to 1258. As we went around the Bell Tower, the silent bells, rusty and aged, stared back at me...they had tolled for so many people, for so many years.

With that thought in mind, we started our descent from the Tower. It was already evening, and the walking had made me hungry. Freiburg ‘s other attractions, the Rathaus, the Merchants Hall, are all located around the Church. As we walked around the cobbled streets, the gurgling little streams, called Bachle, accompanied us. In the Middle Ages, the streams were built around Freiburg to assist in Firefighting, but now, the children of the city race their toy boats in the Bachle, and rubber ducks float gaily on them, adding colour and fun to the streets! I couldn’t resist dipping my feet in the cool water; while the water circled around my feet, I smiled as I remembered the local lore, anybody who accidentally fell into a stream would inevitably end up marrying a resident of Freiburg! Not bad, I thought, but for now, it was time to eat, and head back home.

High on the ‘Tower climbing’ experience, we decided to take it one step further, this time, it was another ‘church town’- Ulm. The Ulm Minster is the tallest church spire in the world, its height is 163 metres, and it takes roughly 769 steps to reach the top. The towering spire of the Cathedral came into view as we had barely walked a few steps from the Main Station towards the Marketplatz. We went to Ulm on a Saturday, when the weekly Farmer’s Market was in full swing…fresh flowers, vegetables, fruits, meats…the ingredients of a dream platter. When I walked through the doors of the Cathedral, I was struck by the sheer grandeur of the white and gold interiors, with its gothic columns and arches. At one end was the altar, and on the other end, the cathedral organ, which was played by none other than Mozart in 1763. I was lucky to be able to hear the organ music, which reverberated through the cathedral, at the end of the service. I sat and watched the sunlight throw colourful shadows on the walls, as it shone through the stained glass windows, and then, we began the task of climbing to the top of the tallest church tower in the world. This was already beginning to feel easier, because the Ulm Minster was gracious enough to provide resting points for my tired legs! I peered down from the corridors and watched the market below, I stopped for a while to watch the church bells chime at noon, and then, we were nearly at the top before we knew it! As I looked up from where we were, the last 100 steps looked like a scene from an action flick…I couldn’t see the top at all! I proceeded to gather courage to conquer my vertigo by walking around the balcony and taking in the sights below…the glass ‘Pyramid’ or the State Library, the Danube flowing gracefully by, the Butchers’ Tower and the old City Wall. Then, I thought I’d give it a shot after all. The penultimate part of the climb was difficult, given the tiny space, the darkness, and the claustrophobia…but the stunning view from the top of the tower is worth it! We could even catch the outline of the Alps in the distance, and the city of Ulm stretched out below us like Noddy’s Toytown.

After climbing down from the Tower, we headed to the Fisherman’s Quarters, once the centre of business in Ulm, now, a picture perfect locality on the banks of the Danube, its houses mostly converted into restaurants. The river runs in small streams through the Fisherman’s Quarters, giving each house its private river! We walked past the elegantly done up ‘riverside’ sitting rooms, and the locals cooling off in the river in their backyard! The most famous house in all of Fisherman’s Quarter is the ‘Crooked House’, which is the ‘crookedest hotel in the world’! A fourteenth century structure, it is now somehow supported on wooden beams, yet, the tilt is what makes the house an attraction…there is even a café opposite it, where you can sip your Eiscaffee and figure out the many ways in which the house is crooked! We, however, sat down on a quiet patch beside the Danube and unpacked our sandwiches, and watched the locals making the most of a summer afternoon and the soothing water of the river.

Church towns have an aura of their own. They are a place suspended in time…even though there are newer buildings, modern, minimalist architecture in the cities of Ulm and Freiburg, it is the beautiful, even monstrous church and its surroundings that captivate and hold you prisoner. There is the high of climbing to the top, but for me, it was the beautiful interiors, the paintings, the music and the timeless beauty of the churches itself was the winner. Both Ulm and Freiburg are popular regional tourist destinations, so, it was a great chance to know a little bit about local culture, and watch life from up close.

When we think of Germany, we think of the majestic cities of Berlin, of Munich, of Hamburg, of Mercedes Benz and Porsche Museums…but, if off the beaten track is your thing, if you want to explore and wander, and not just tick off popular tourist circuits in Germany, these two delightful cities are a must visit!

Freiburg, a city in Baden-Wurttemburg, Germany, is best known for its medieval church and its university. 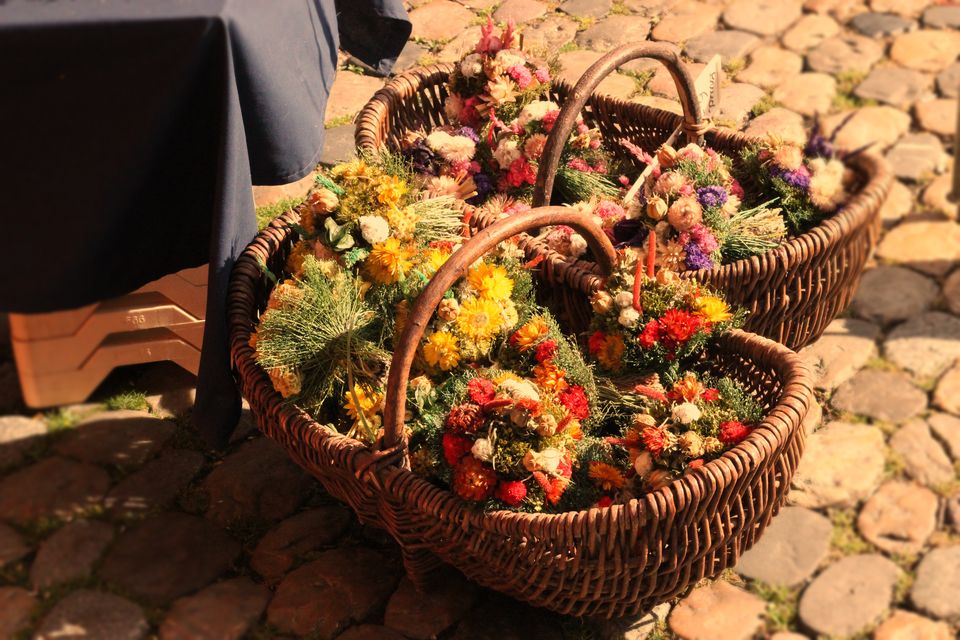 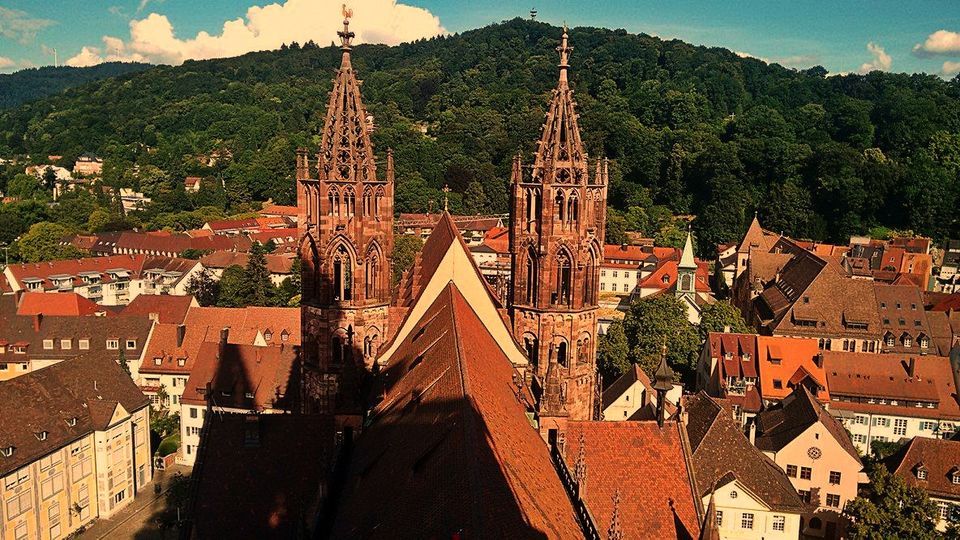 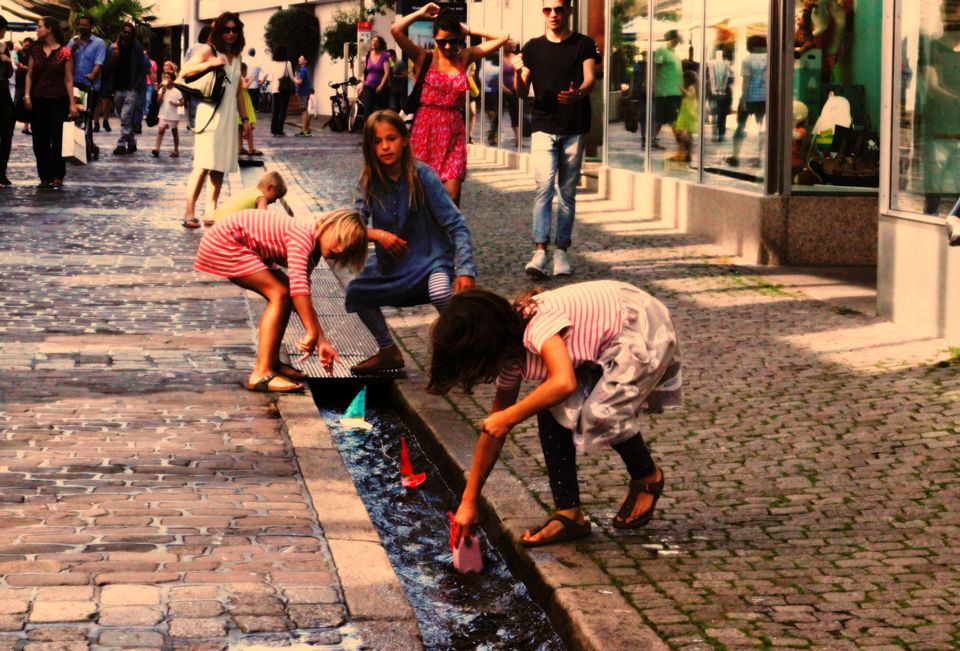 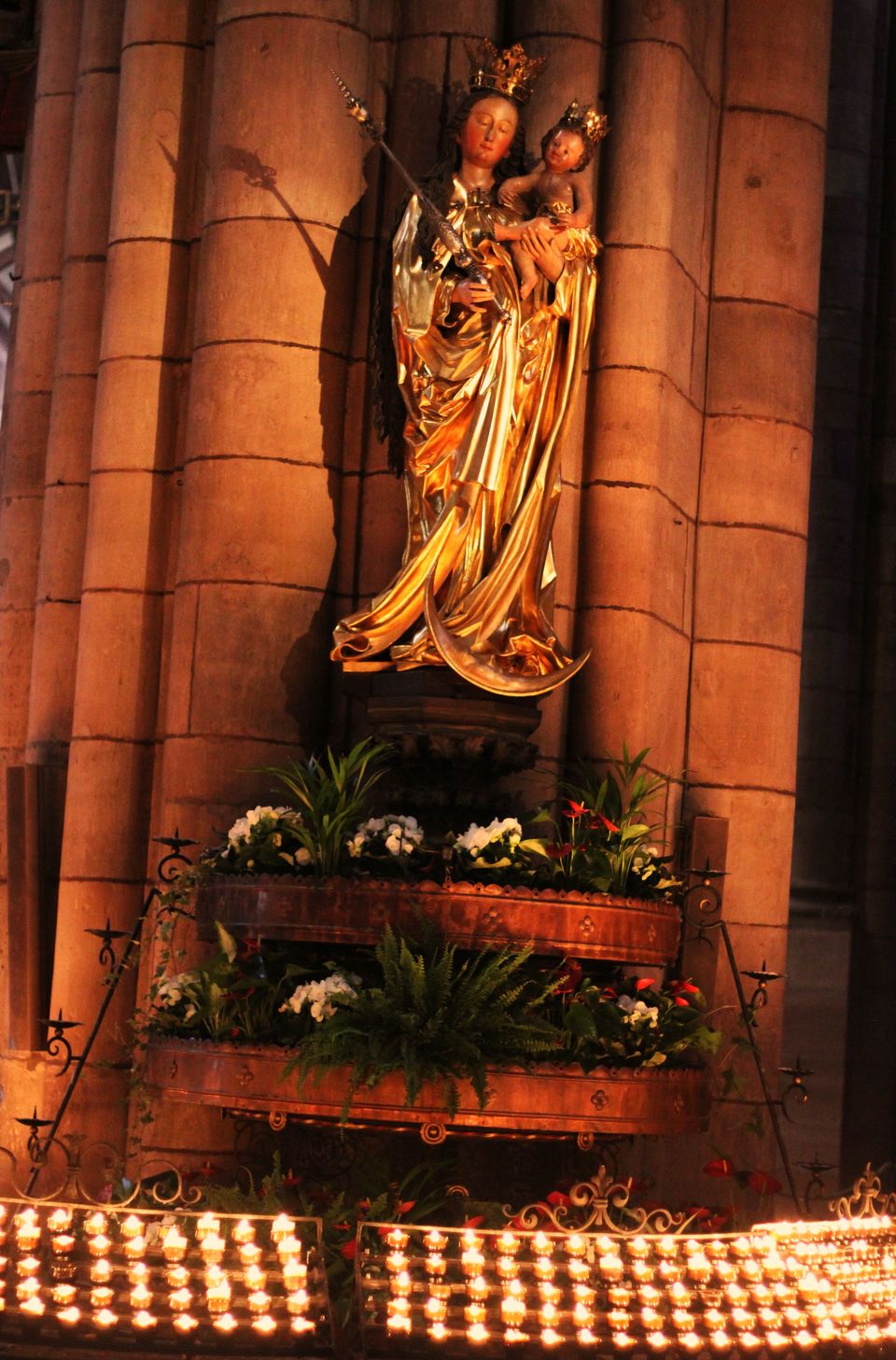 Ulm, on the banks of River Danube, is the birth place of Albert Einstein, is also home to the Ulm Cathedral, the tallest church spire in the world. 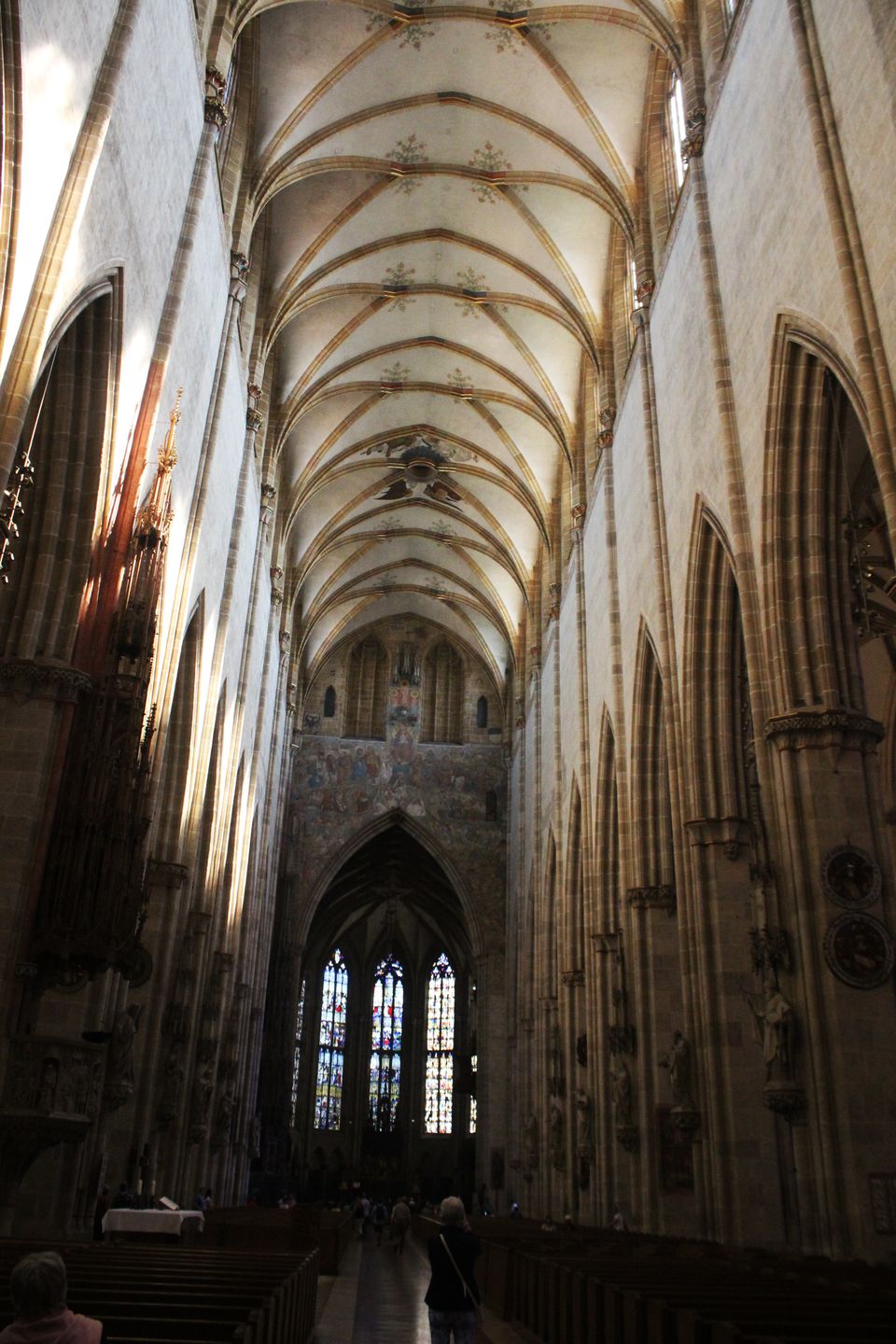 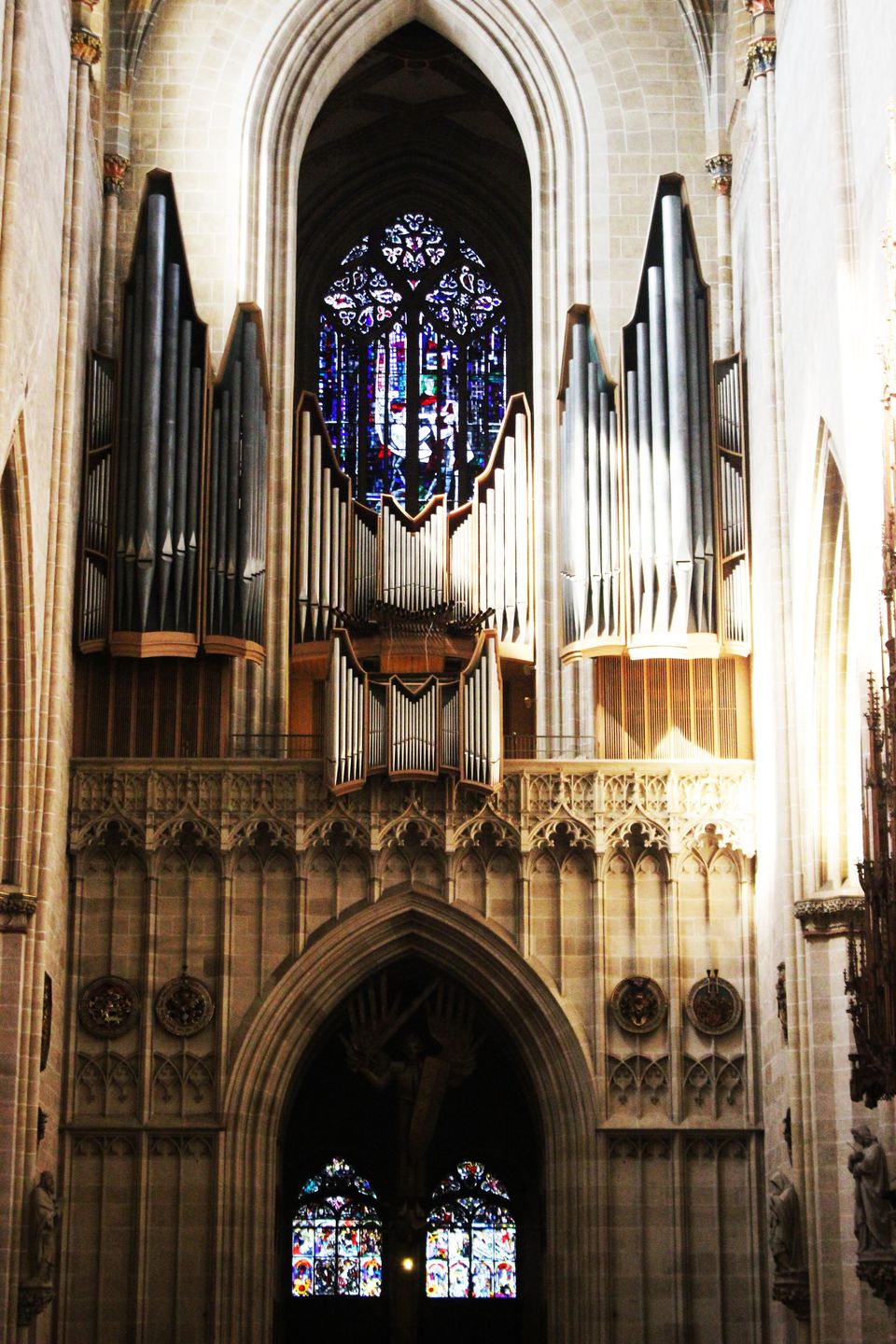 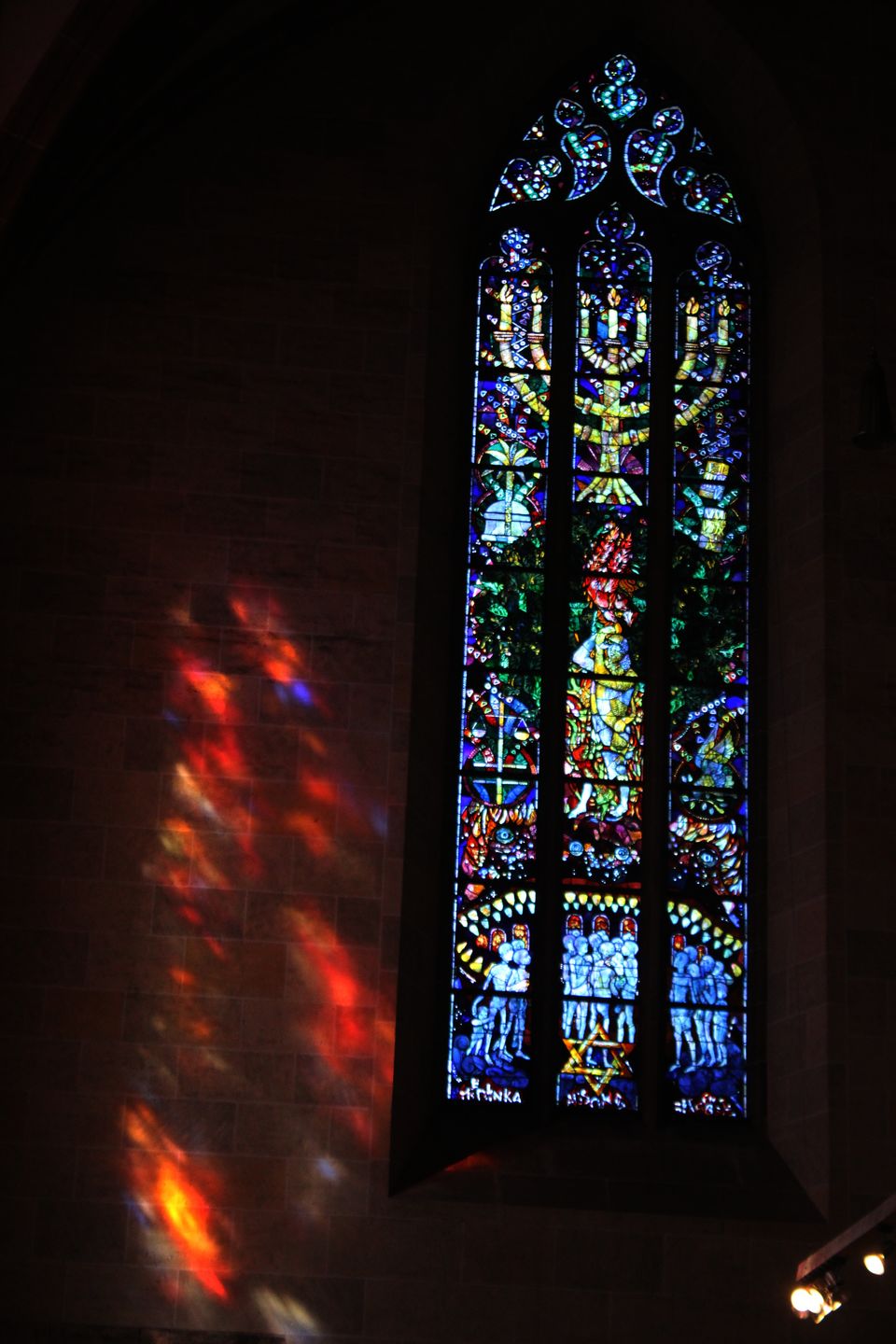 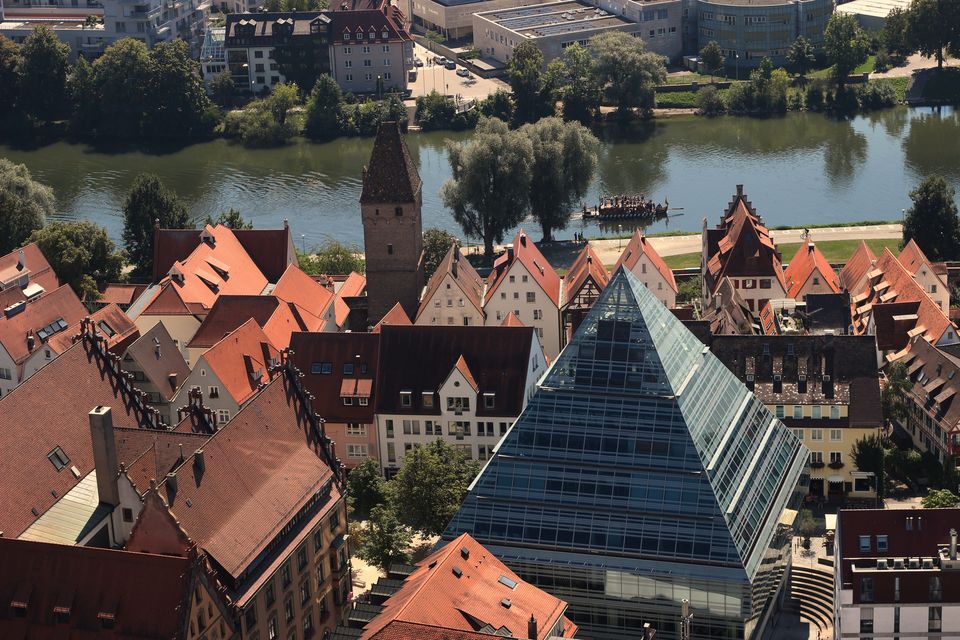 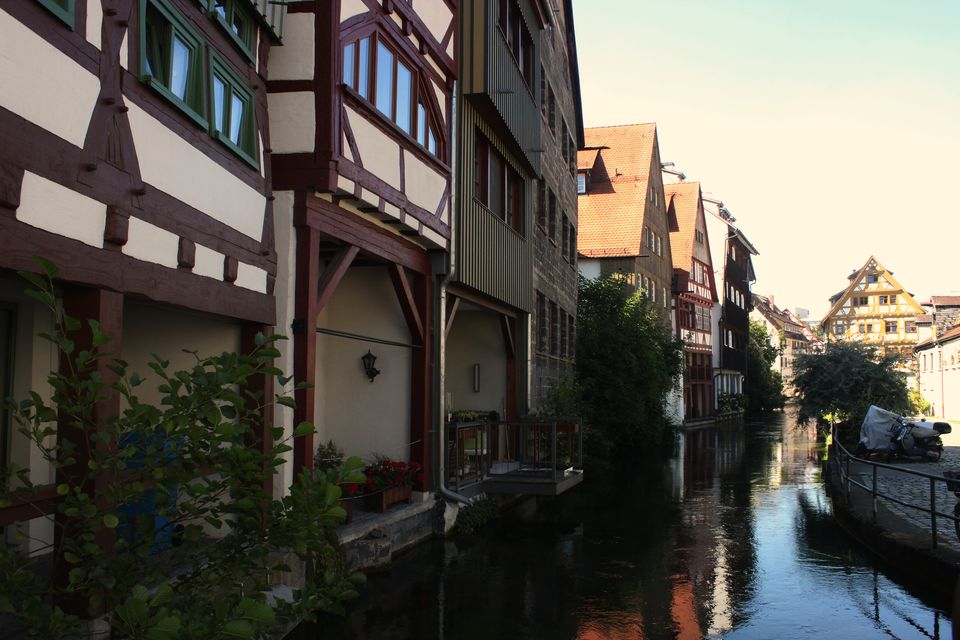 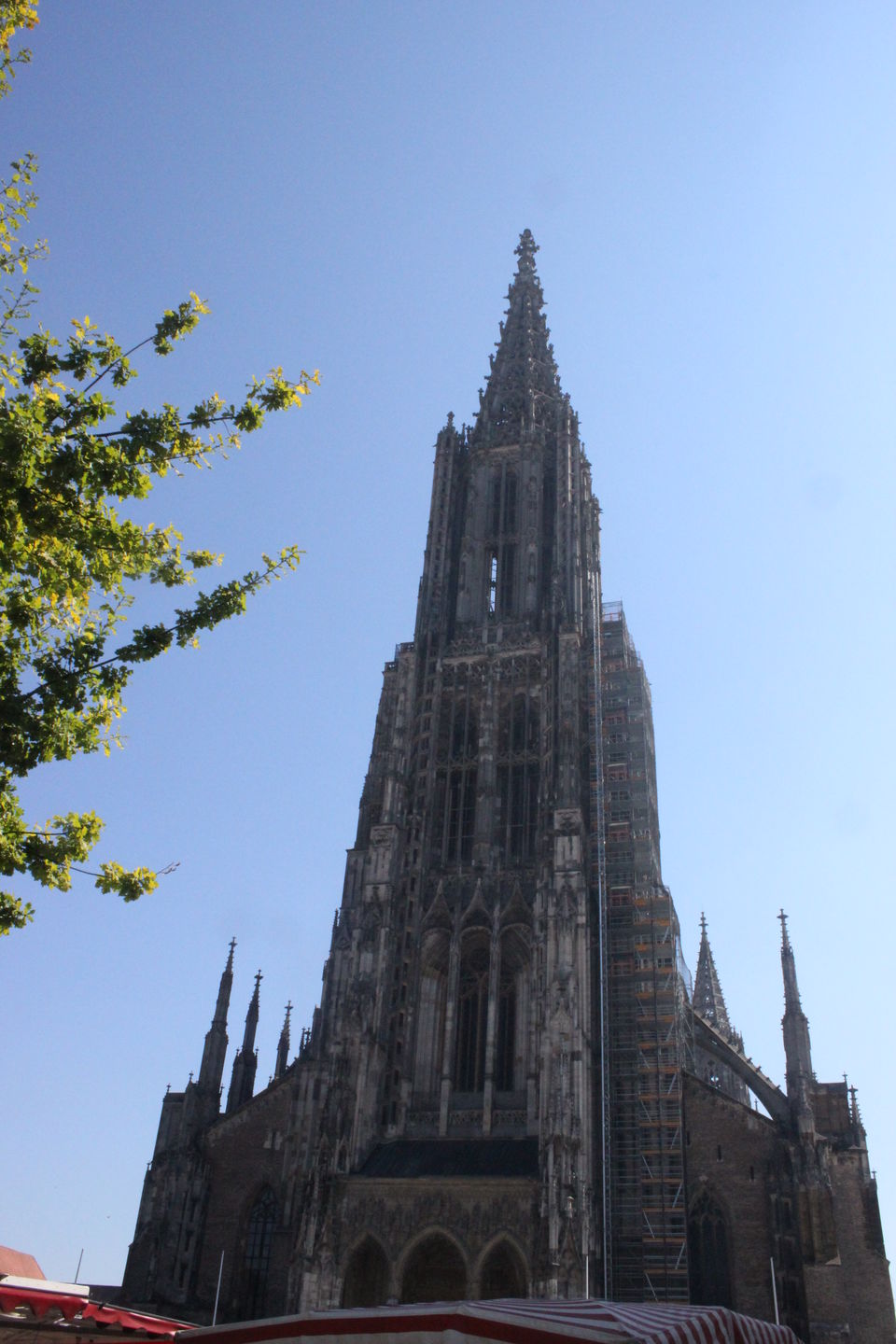 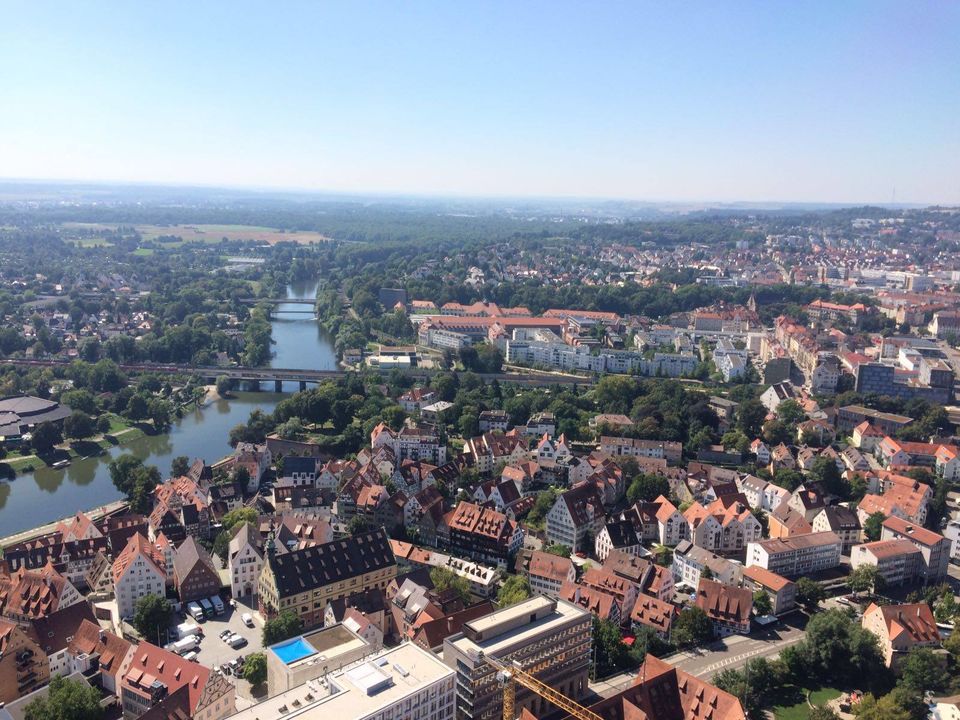