Our Lady of the Immaculate Conception Church-Goa

The Our Lady of the Immaculate Conception Church is located in Panjim, Goa, India. The colonial Portuguese Baroque style church was first built in 1541 as a chapel by the Portuguese, was replaced by a larger church in the 1600s, then in colonial Portuguese Goa. The church is located in Panaji, with the Municipal Gardens to its southeast in the foreground. The site was the location of a colonial port landing, where ships sailing from Lisbon made first call and where sailors disembarked, before they proceeding further inland to Ela (now Old Goa), which was the capital of Goa until the 19th century. A laterite walkway and a straight line of thin palm trees were part of the scene around the church.

A chapel was first built in Panaji in 1541, to serve the religious needs of Portuguese sailors at their first port of call in colonial Portuguese India. At that time the settlement was a small fishing village. It became a Parish in 1600, and in 1609 the small chapel was replaced by the present day large church to serve the religious activities of the residents and sailors. In the 18th century the stairways, in a symmetrical zigzag form, were added to the church. The second largest church bell in Goa was installed in a bell tower in 1871. It was formerly at the Augustinian Monastery on Holy Hill, and was retrieved after the monastery was damaged. The interior of the church is not extravagant, but is colourful. The main altar, which has an elegant decor, is dedicated to Mary. There are two other intricately carved, gold plated and decorated altars, one each on either side of the main altar. The one to the left is of Jesus's Crucifixion, and the one to the right is of the Our Lady of the Rosary. These two altars are flanked by marble statues of St Peter and St Paul. 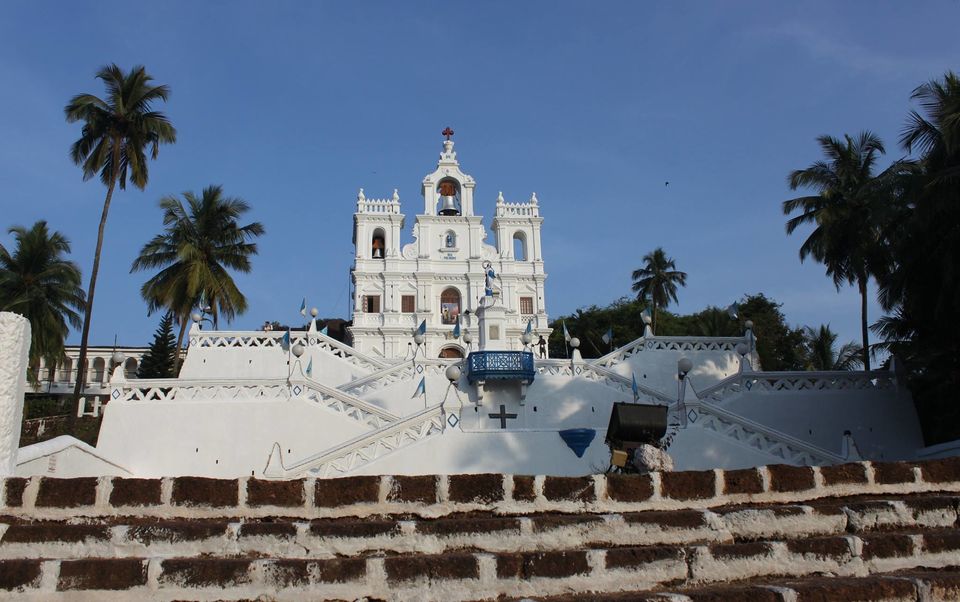 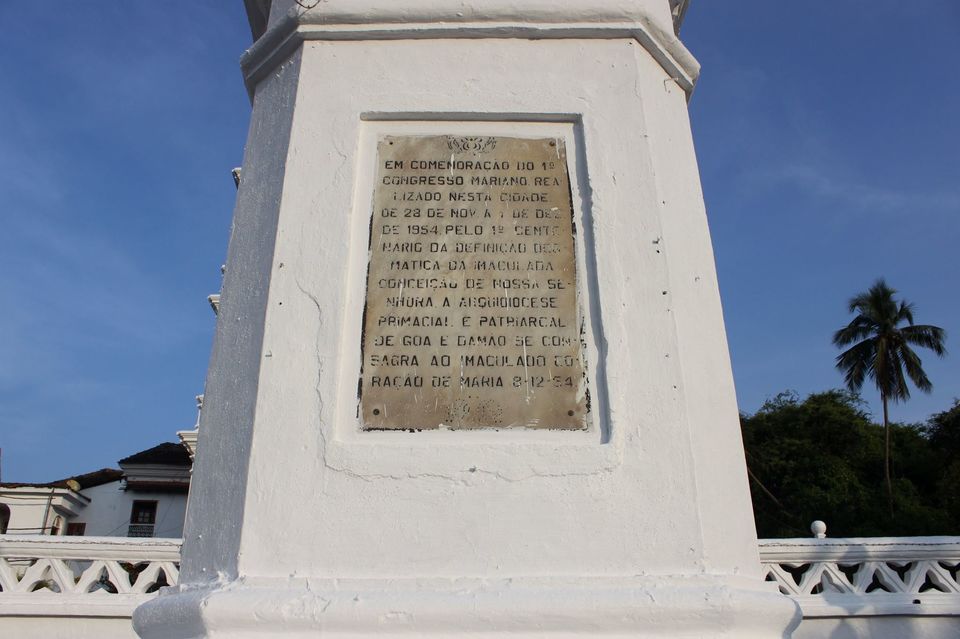 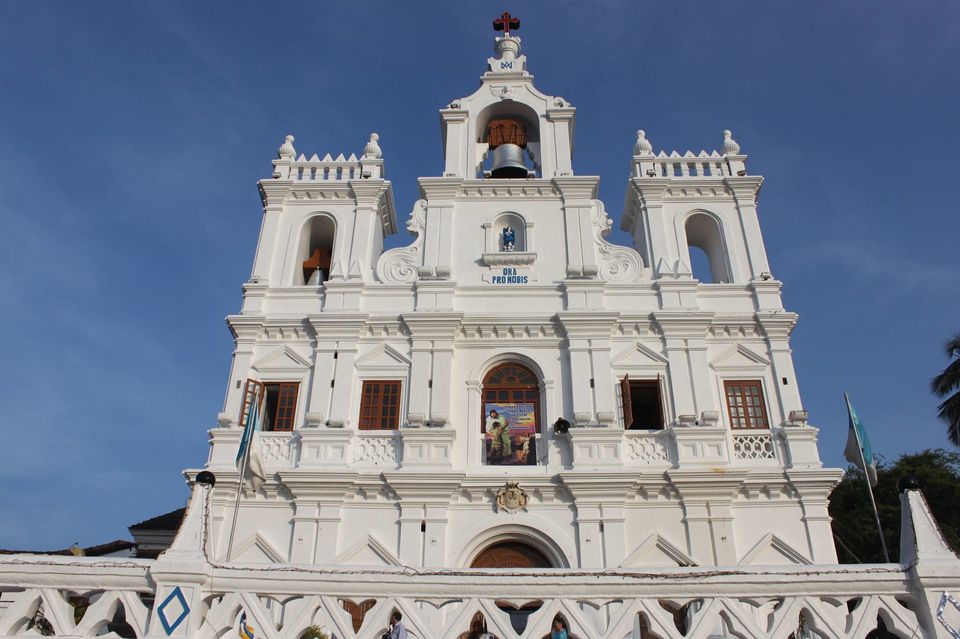 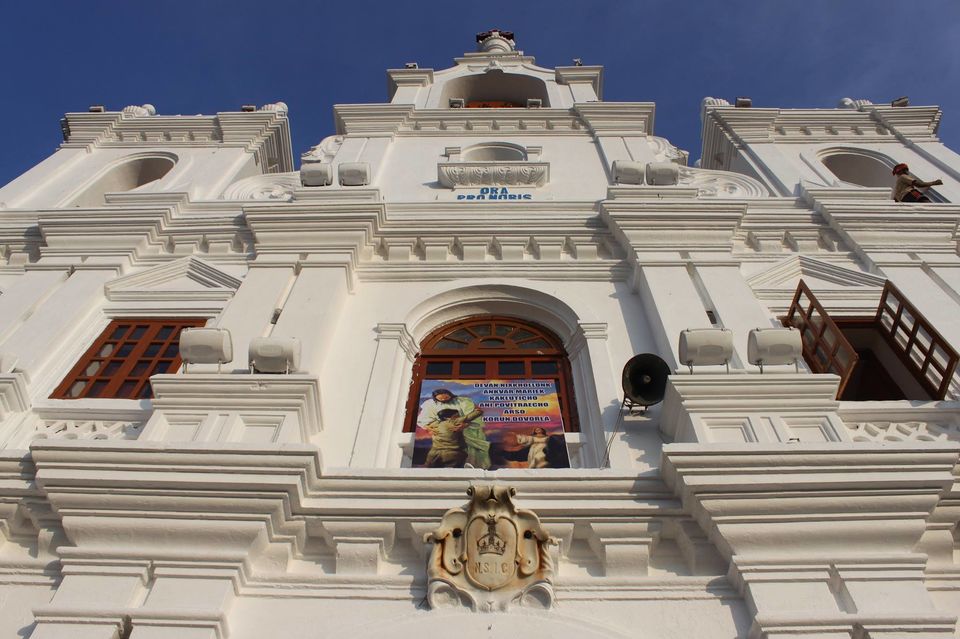 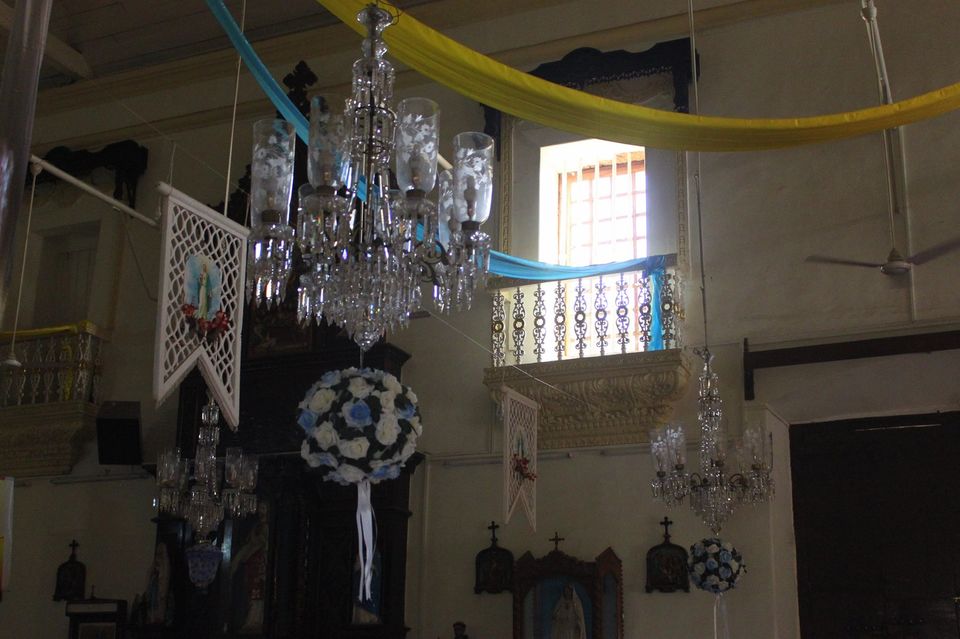 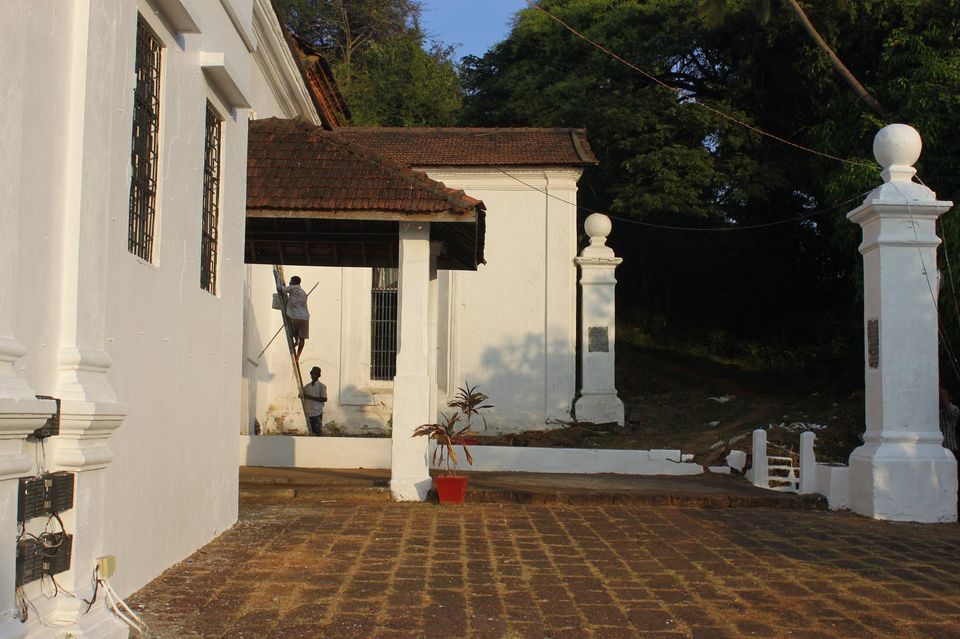 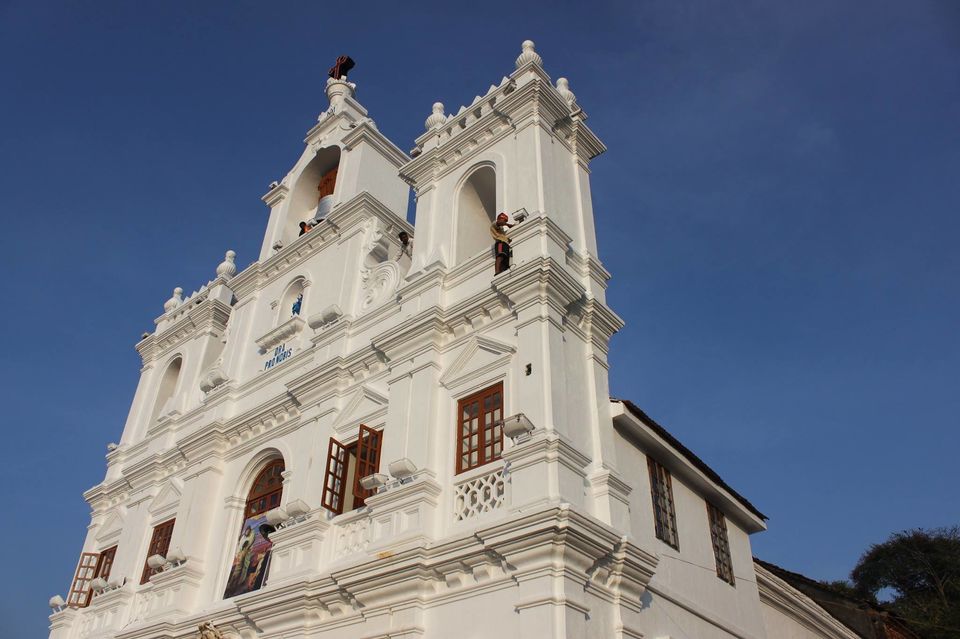 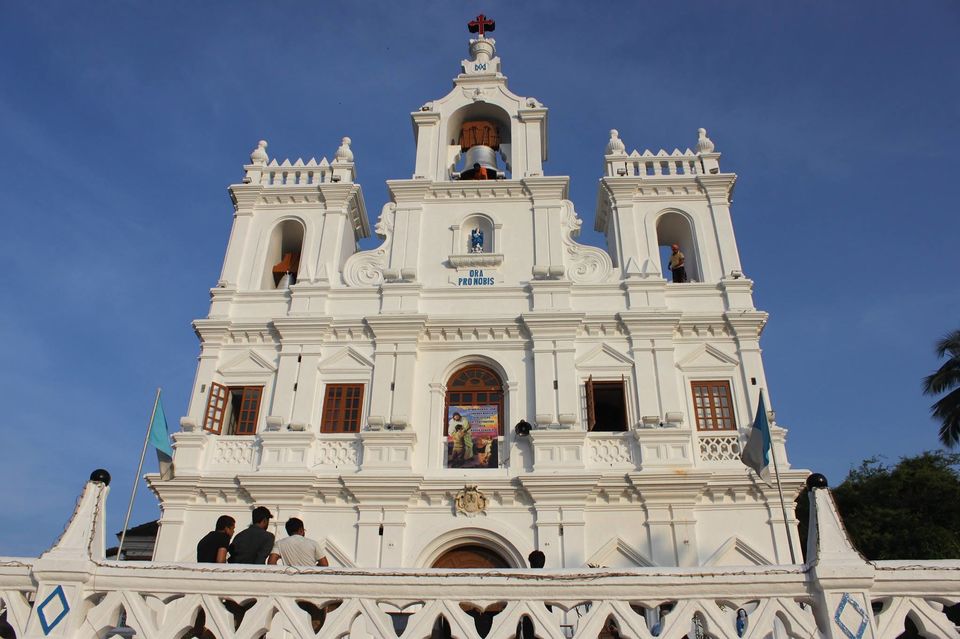 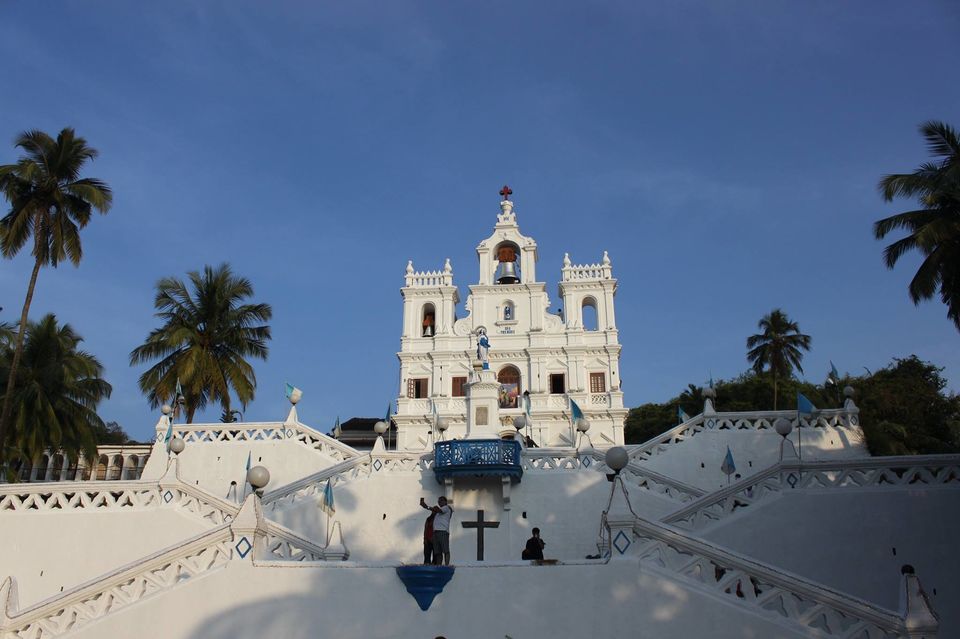