Goa, the first reaction is beaches and blue ocean , lounging in the beach shacks with music somewhere in the background. But if we say Goa and that too in the midst of the tropical monsoons , not many would warm up to the idea.

I would say, a weekend visit to Goa in the monsoons is definitely acceptable and more so desirable. The drops of rain as they splatter all around you, myriad shades of green and empty roads cleanse the mind which the sunny season of Goa can never hope to achieve. It is not that Goa closes down completely for the monsoon rather it tones down a lot. The shacks are gone and so is the blue calm sea that is so synonymous to Goa, instead the beaches are secluded and windy but then move inland and one sees a totally different world that is not visible in the tourist season. Everything is lush green and alive to say the least and yes the sun does come out, it’s not rainy all the time.

So I think besides seeing and experiencing the monsoon showers one should utilize this opportunity to see the history that old Goa offers especially now that the tourists are not there. “Velha” Goa which is the Portuguese for Old Goa is historically significant for a number of reasons. Walk in the by lanes out here and one can see historical connections att every turn; however, this article of mine deals with four main monuments that are a must see whichever is the season that one visits Goa.To read the article with in-depth multiple visuals click on link below , to continue with the article with limited visuals scroll down ....

Se Cathedral: Amongst all the old churches in Goa or even of this country, the Se Cathedral is regarded as the most striking of them all. Its magnificence impresses just anyone who visits its hallowed premises. Dedicated to St Catherine of Alexandria, it has five bells of which there is the eminent golden bell, considered one of the best in the world. Constructed in the 16th century built in Portuguese-gothic style exterior and Corinthian interior. The interiors of the cathedral is highly imposing and consists of eight chapels out of which the chapel of the Blessed Sacrament is magnificent in its construction, seven altars including the main altar. The degree of artwork done on each edifice, pillar and the artifacts placed all around complement the entire atmosphere within the cathedral. Open to public, this is a must visit when one is visiting Old Goa. 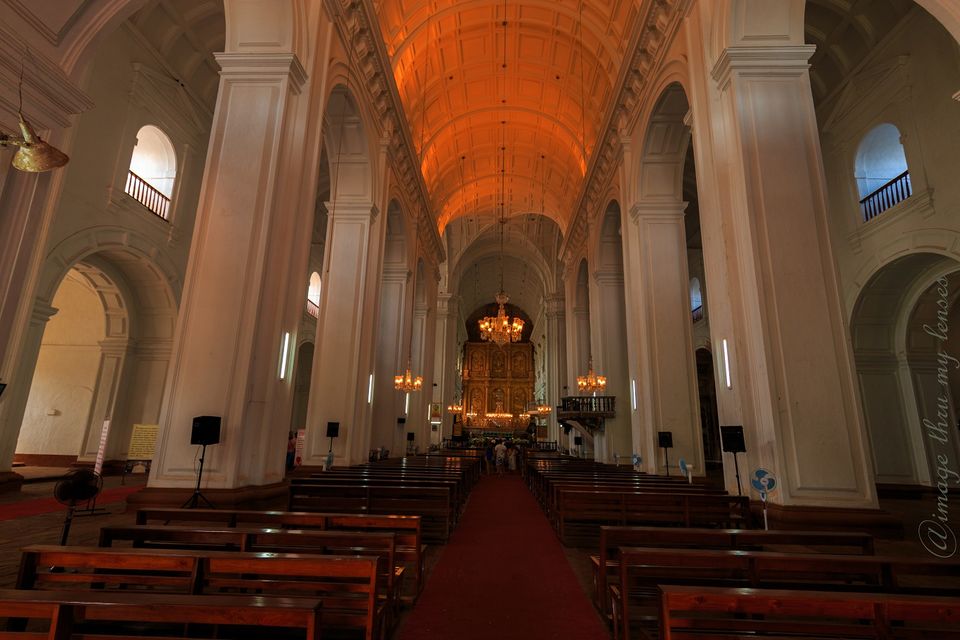 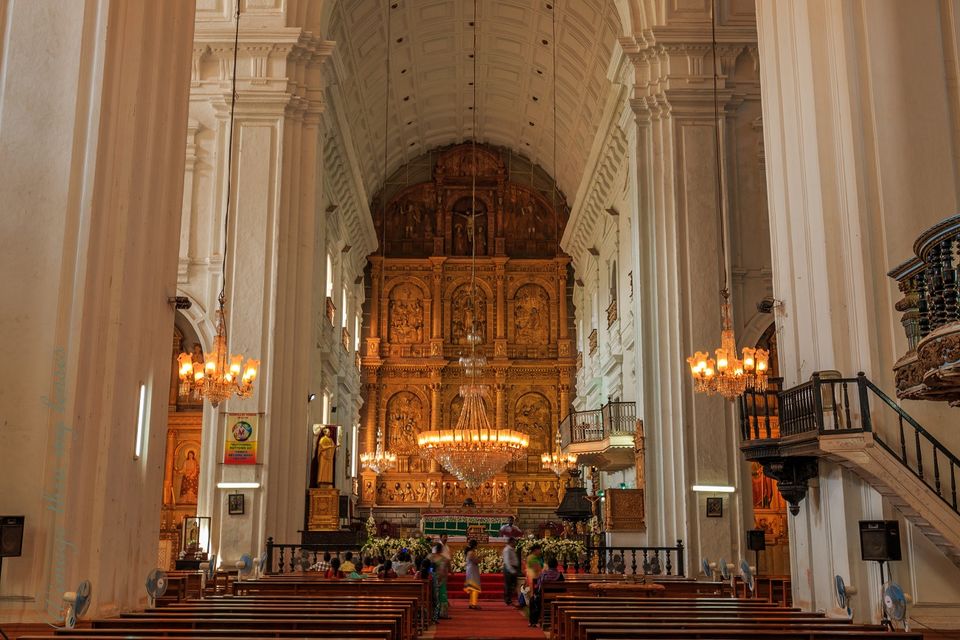 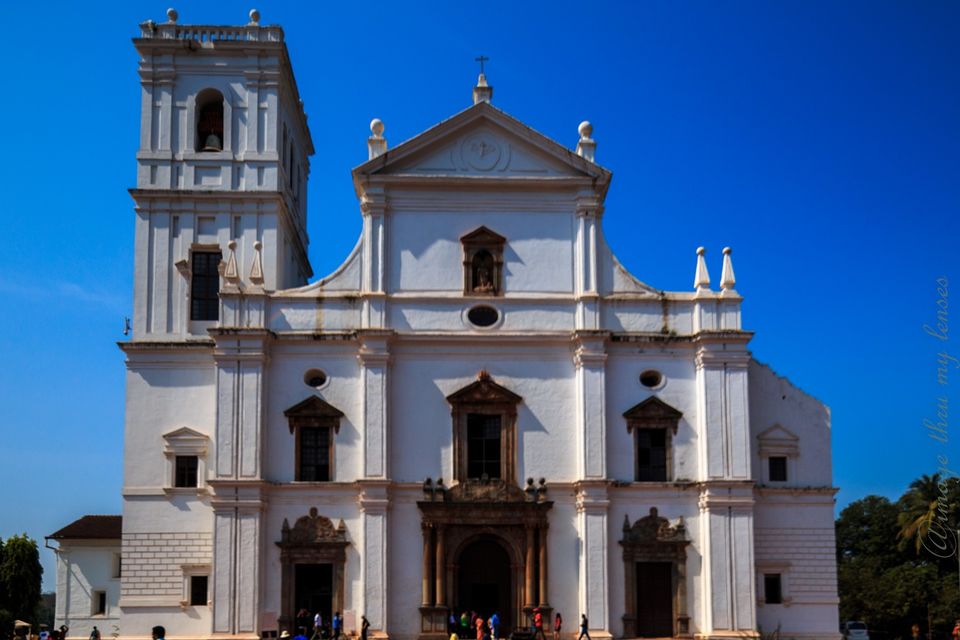 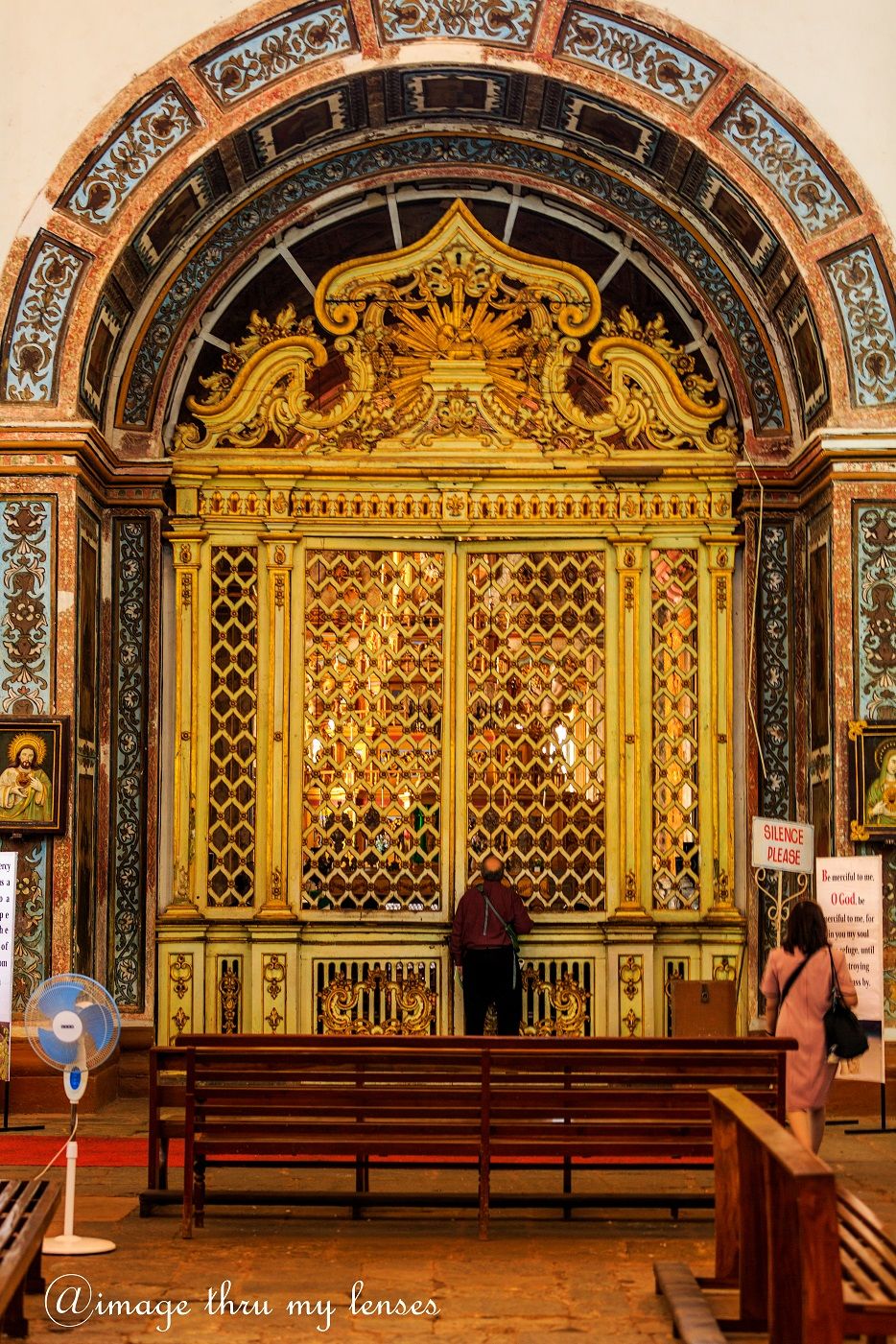 Church of St Francis of Assisi

Church of St Francis Asissi : The church is a heritage construction, built by the Portuguese in 15TH century as a chapel, later rebuilt and given status as a church as the original chapel showed signs of age. The construction imbibed Tuscan style of architecture having a three tiered structure, eight distinct octagonal towers and thereafter during this reconstruction a small niche housing the status of Our Lady of Miracle bought over from Sri Lanka was placed. The church boasts of some impressive architecture as well as sculptures and paintings within especially the main altar, which has a huge status of the St Francis Assisi over it along with that of Lord Jesus. The altar is a fine example of intricate architecture painting on wood depicting scenes from the life of the saint . 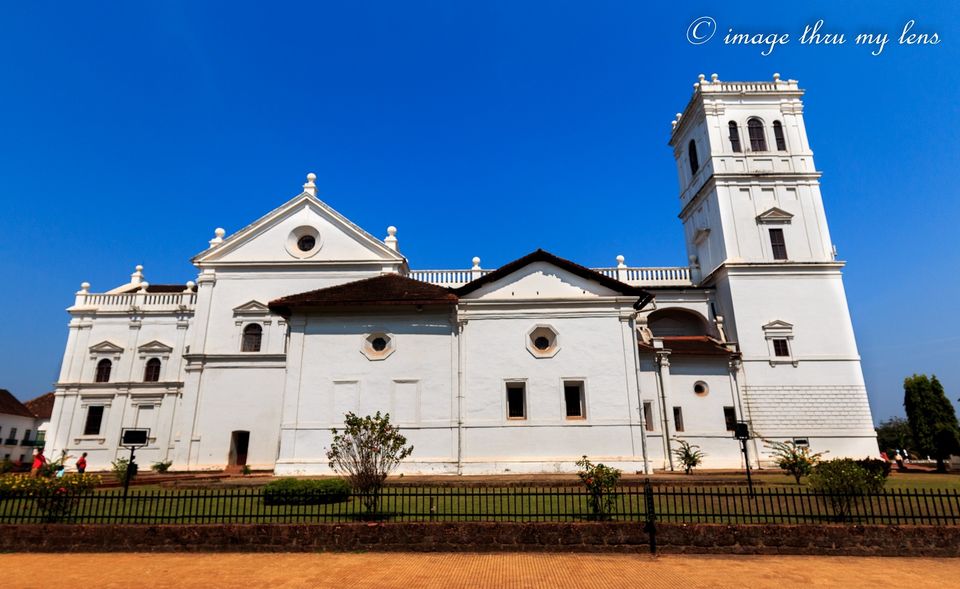 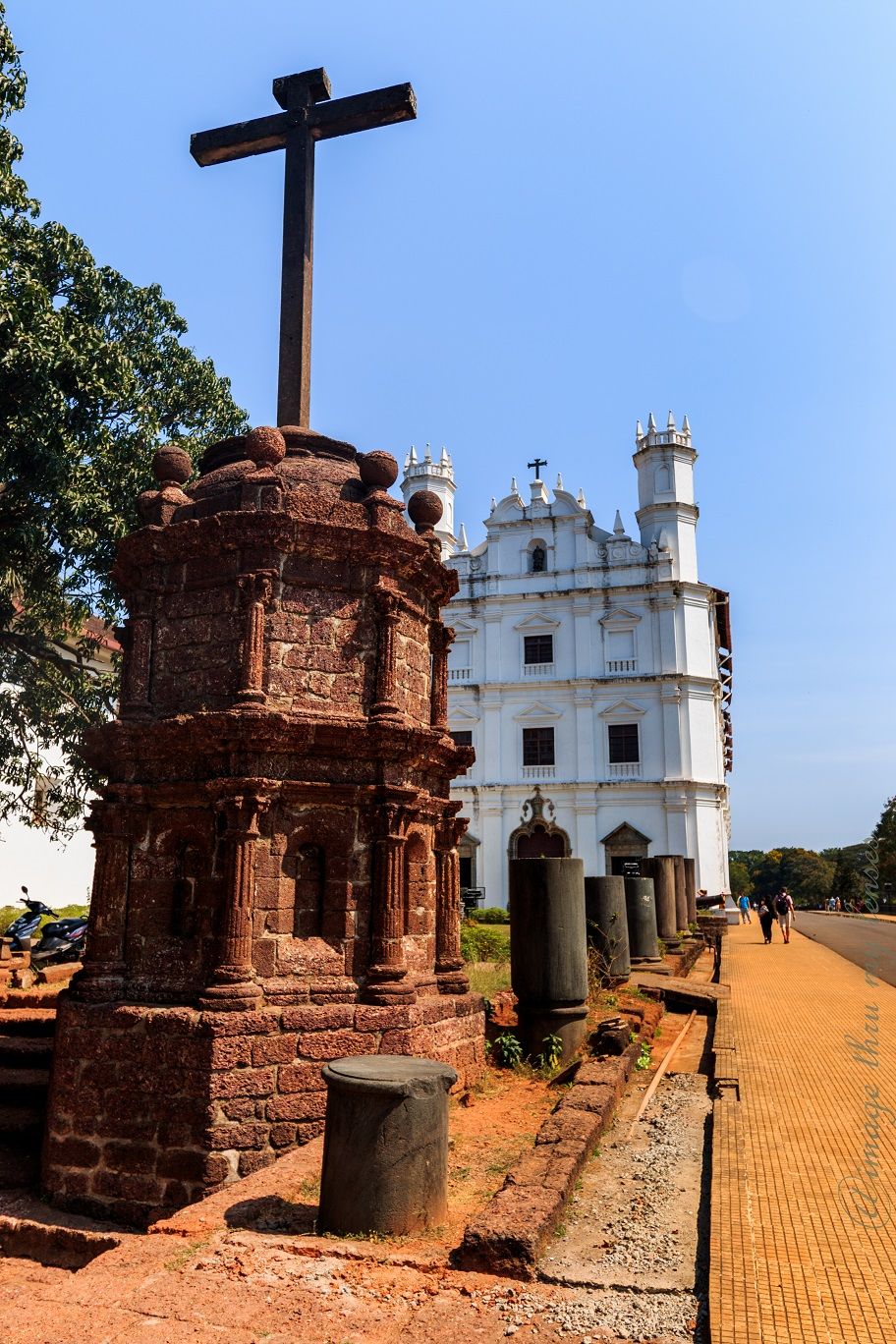 Basilica of Bom Jesus. A world heritage monument, UNESCO certified built in the 16th century , the three storied church is a fine example of architectural heritage and religious beliefs. The unplastered exteriors ripped off by a conservationist in the year 1950 add a separate charm to the entire architecture. Built in a form of architecture introduced by the Society of Jesuits, the church is famed through the catholic community across the world. 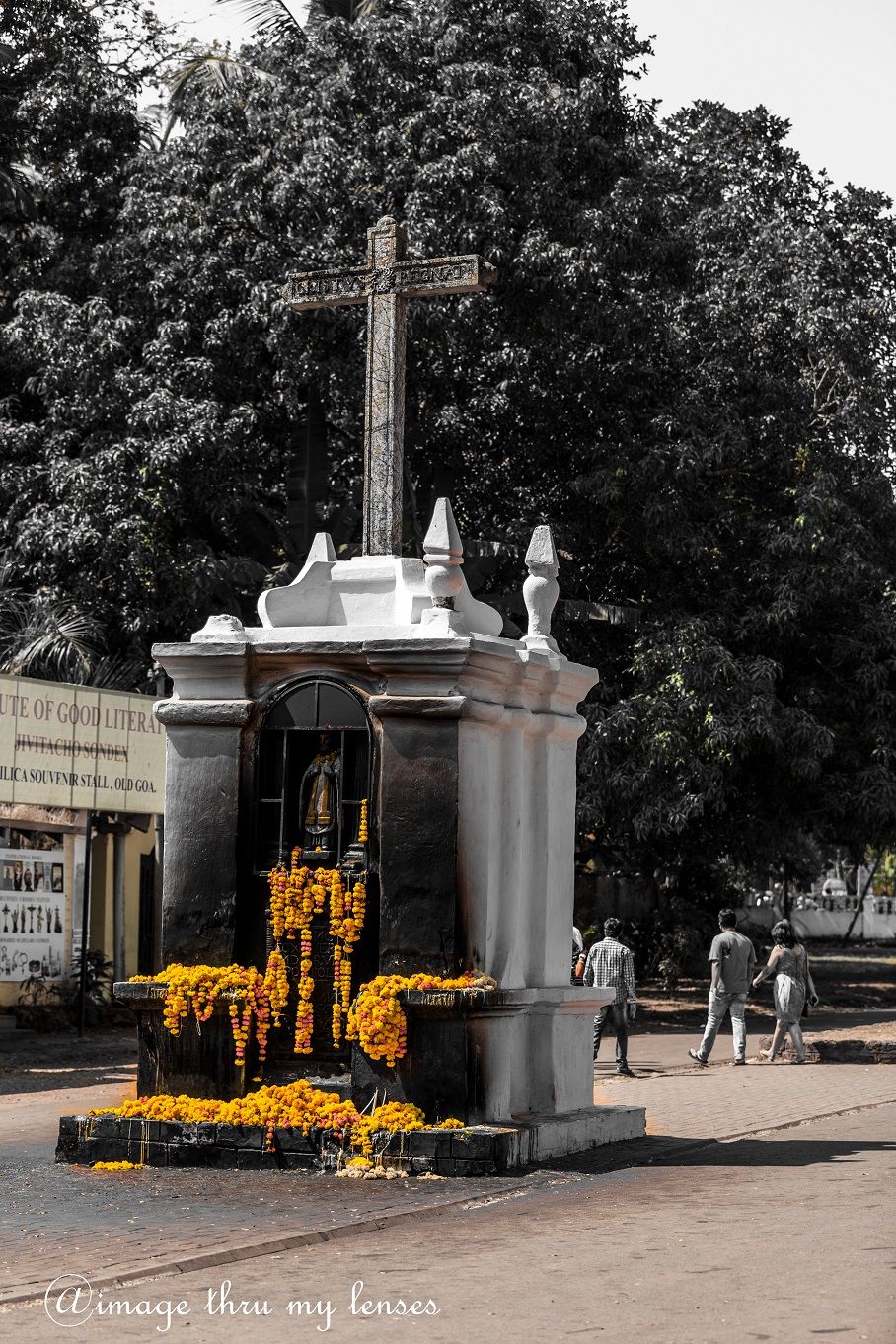 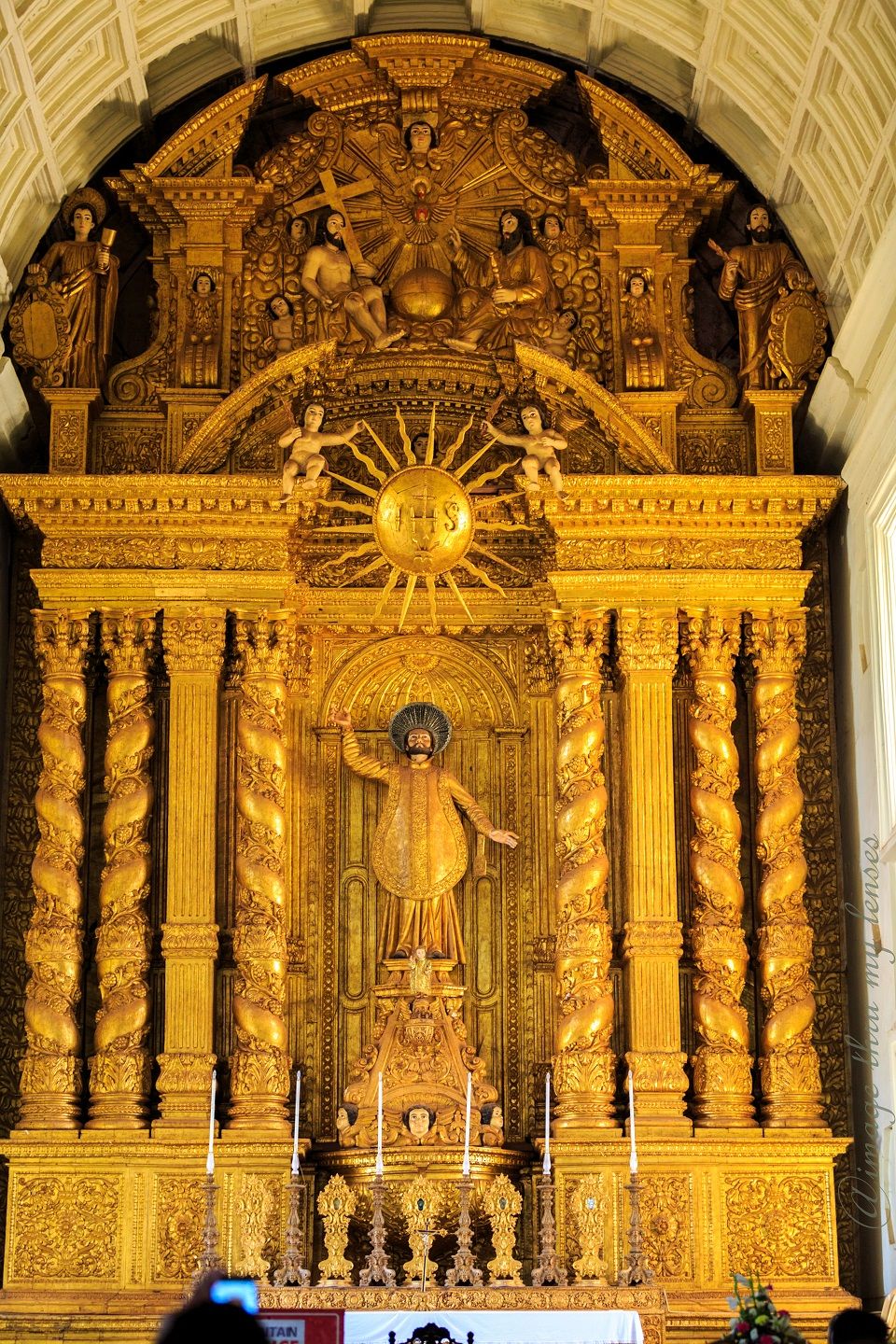 Church of St Cajetan. Modelled on the design of the famous St Peter’s church in Rome, this impressive church was built in the 16th century by Italian friars. It is the only domed church in Goa and the alter is dedicated to Our Lady of Divine Providence. The exterior of the church is quite impressive with a long driveway straddled with gardens on both sides that lead up to the main door. The interiors of the church as one enters, the individual is drawn to the four huge pillars and the towering dome in the Centre. The largest of the alters is dedicated to St Cajetan himself. In the olden days the mortal remains of Portuguese governors used to be kept in the crypt prior to their obtaining a passage on one of the ships going back to Portugal. 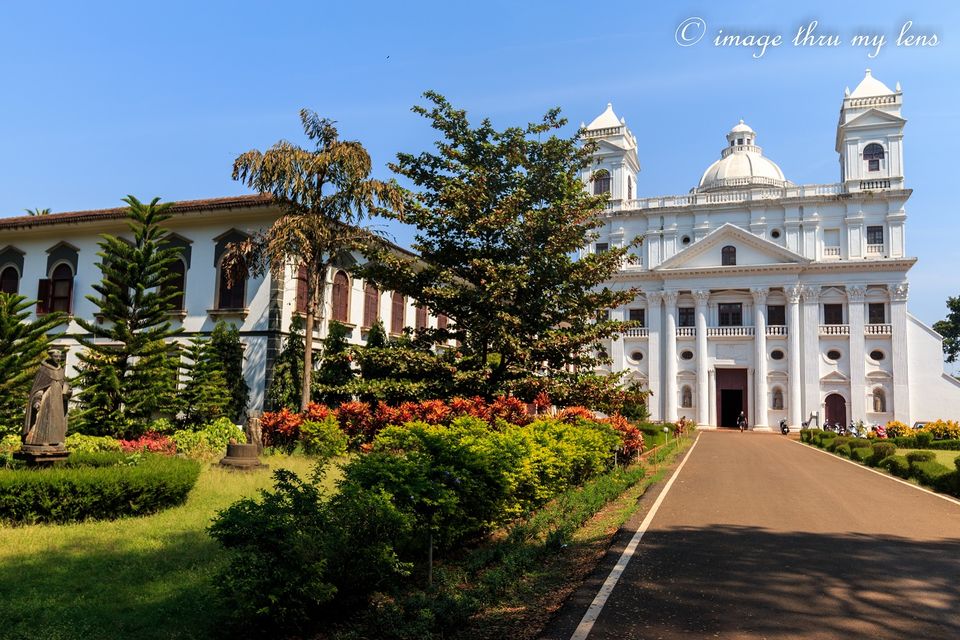 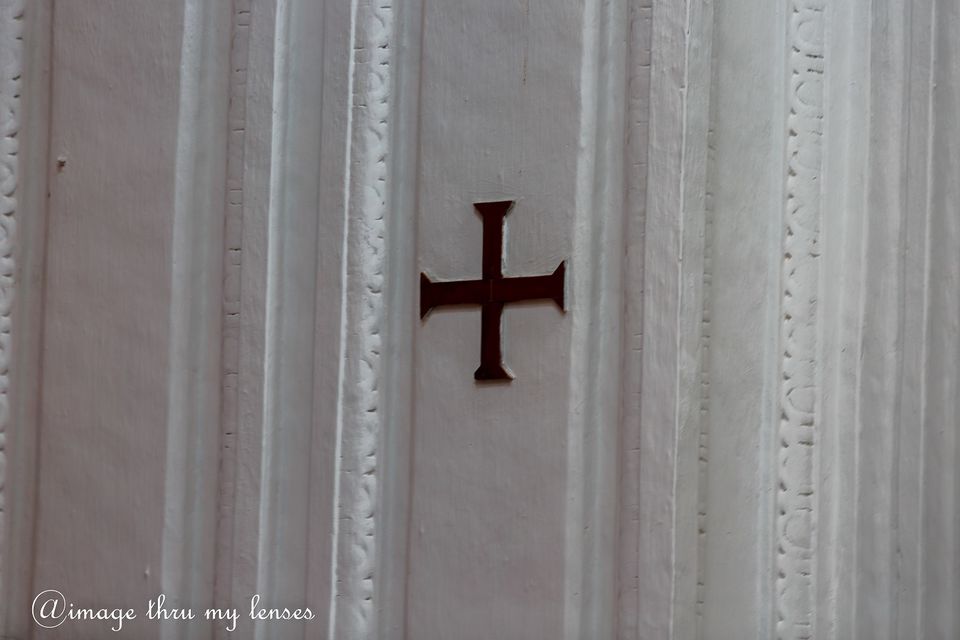 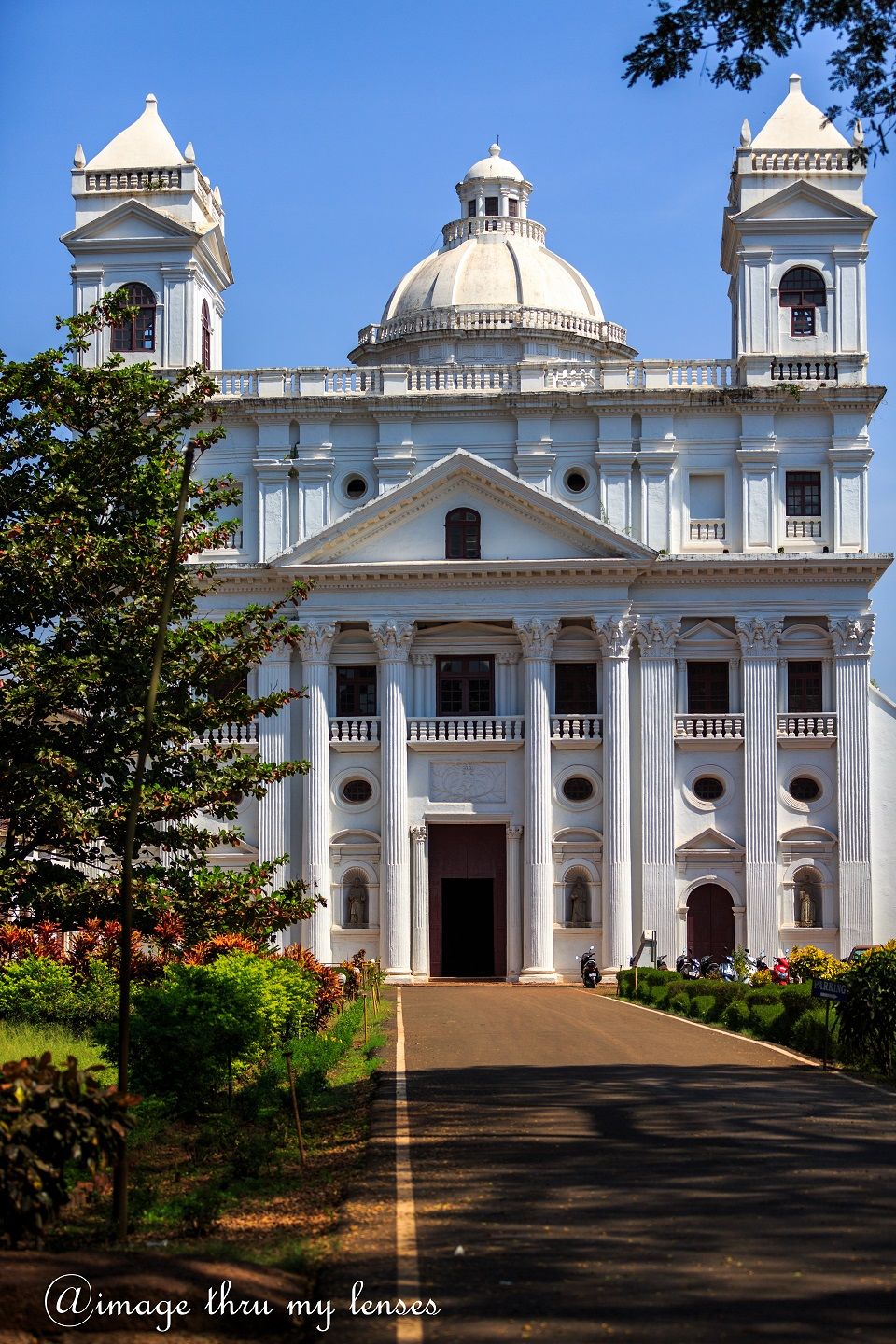 Today the church is an archeological heritage and a museum with valuable artifacts displayed out here and has hundreds of visitors that gaze in wonder and awe to the grandeur and positivity that is omnipresent out here.

The interiors of the church are magnificent with exquisite marble flooring, and an elaborately carved altar, the main alter also exhibits a huge statue of St Ignatius of Loyola and an image of Bom Jesus (child Jesus) . The chapel of St Francis. Xavier houses the relics of the saint along with a silver statue of him. The entire interior of the Basilica is like a rectangular orthodox cruciform fashion. The basilica also contains a modern art gallery housing several paintings and is one of the largest in Asia. 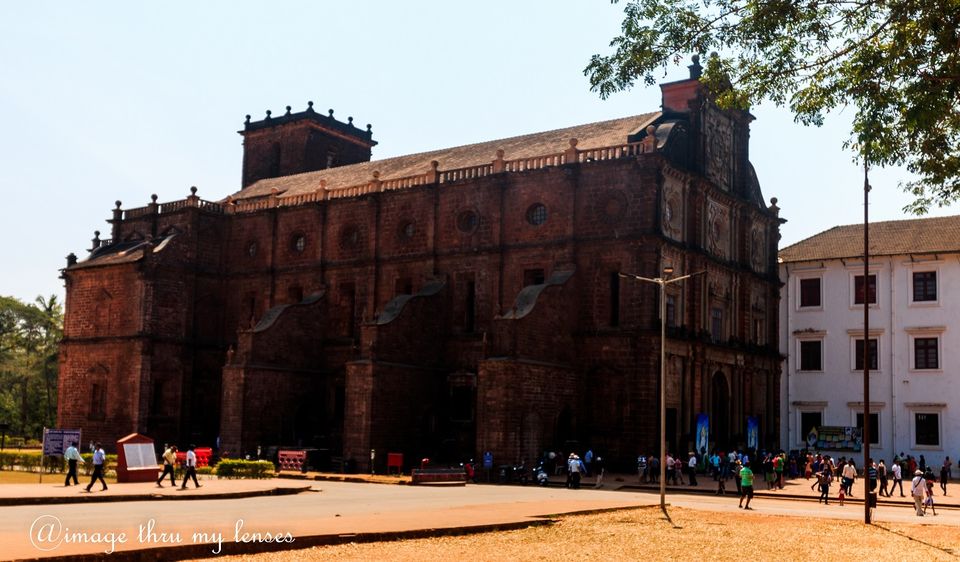 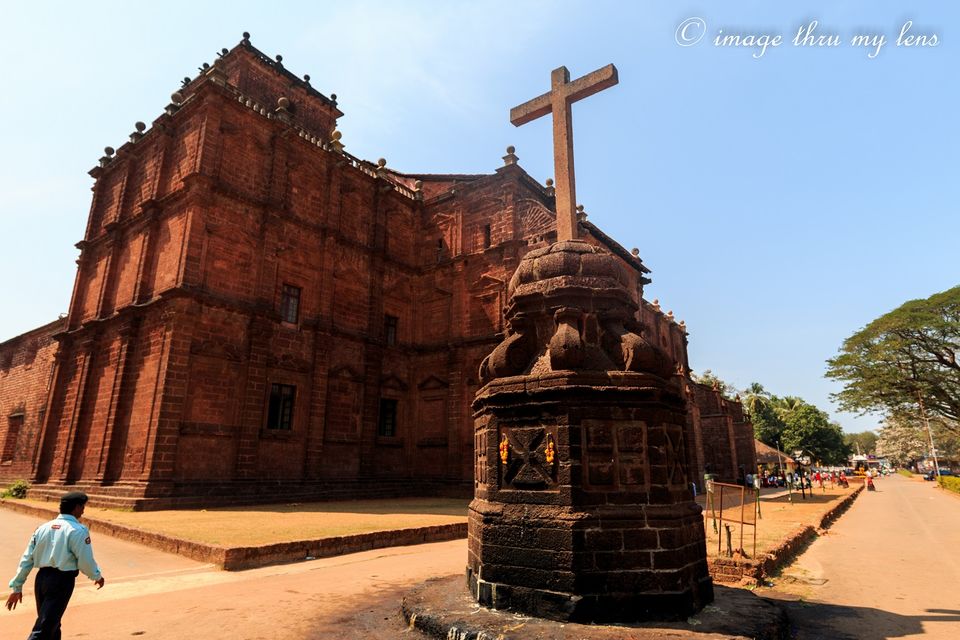 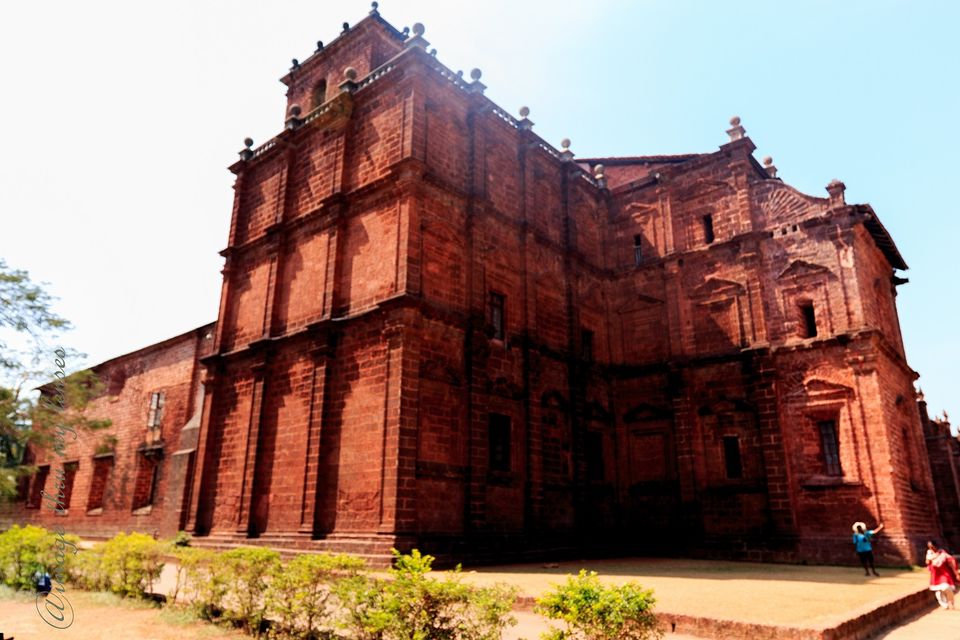 Simple, yet regal, this Basilica has risen with each passing day into a world class monument and commands respect and worship from religious pilgrims as well as architectural history enthusiasts all the world over. The visit to this particular church is a humbling experience in itself.

It is undisputedly one of the most beautiful churches in the whole of Goa and also not as famous as the others in the close vicinity. It is a must visit for all those who visit old goa and the cool gardens do give pause to the visitor to ponder and muse over the way days have passed in the great circle of life. 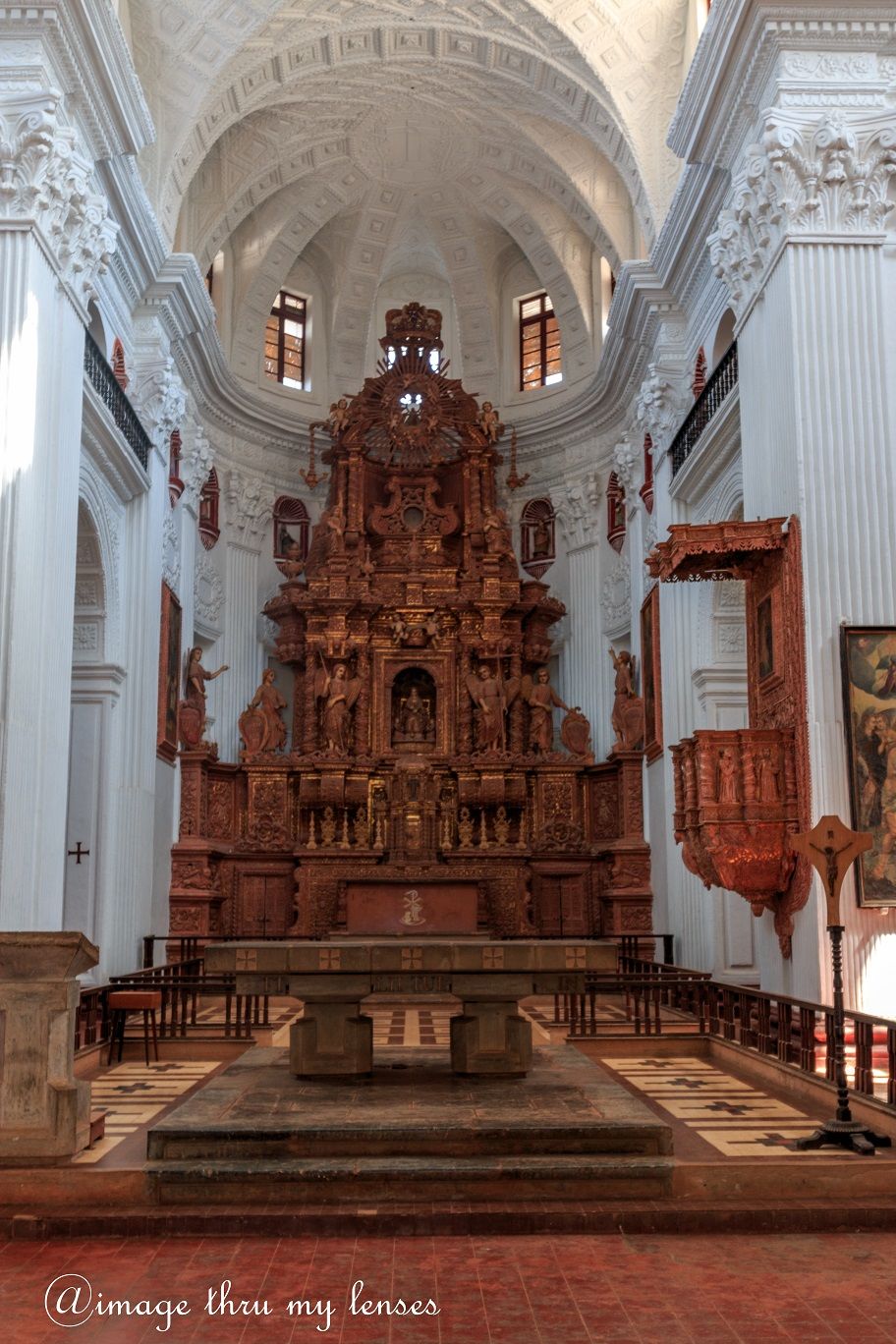