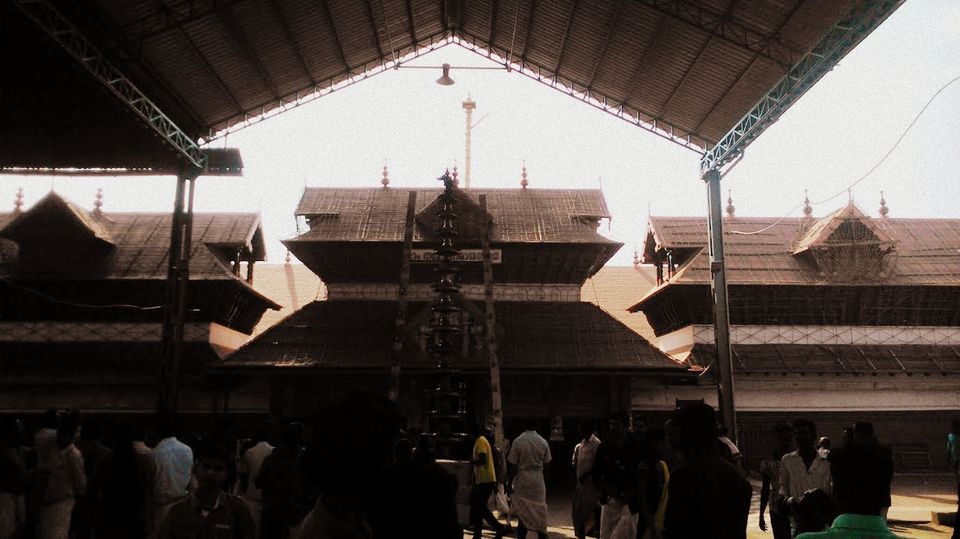 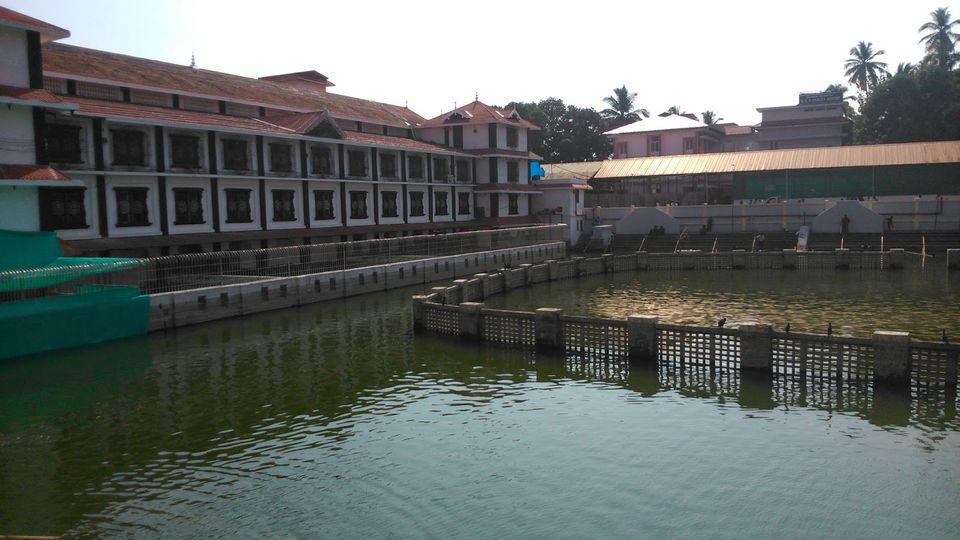 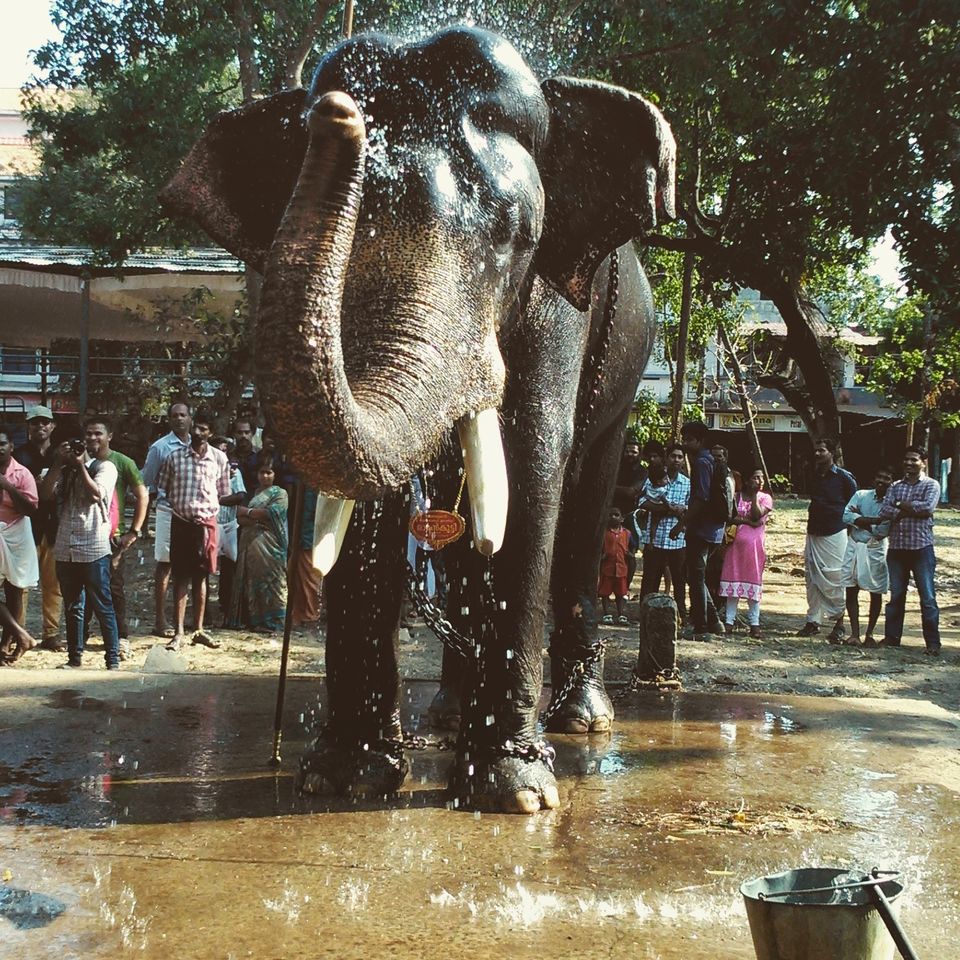 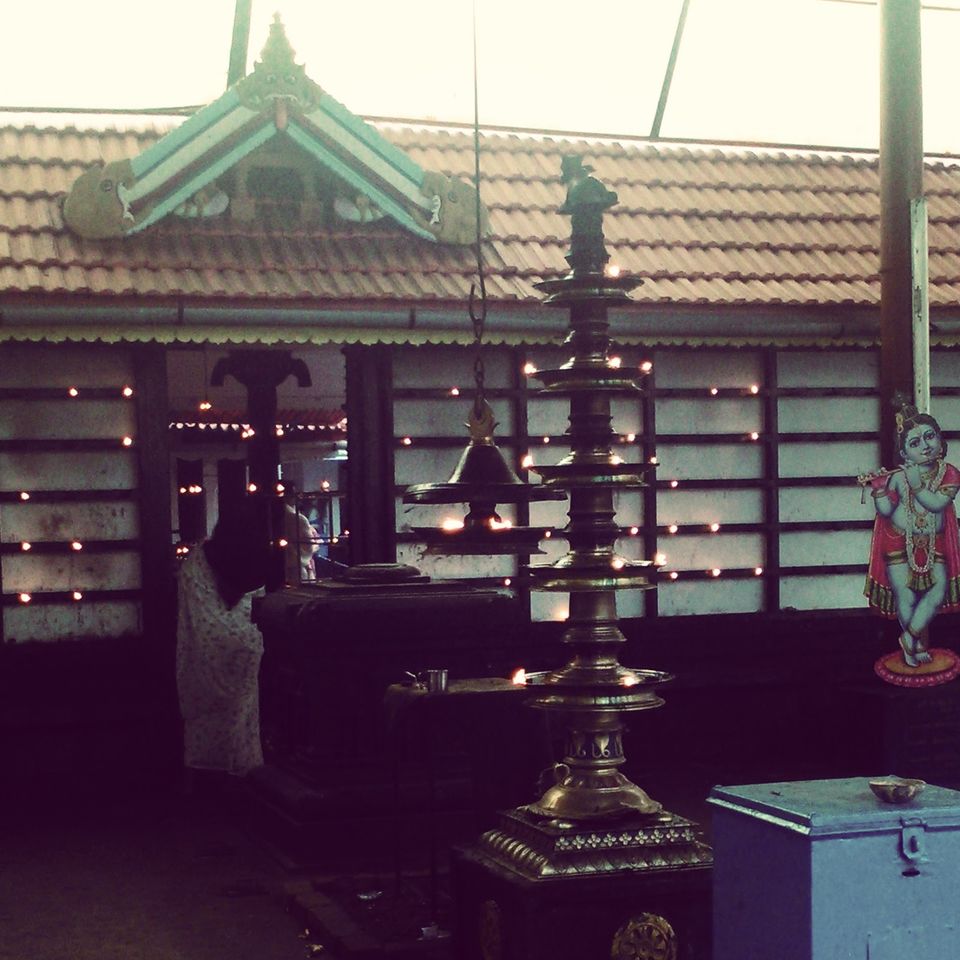 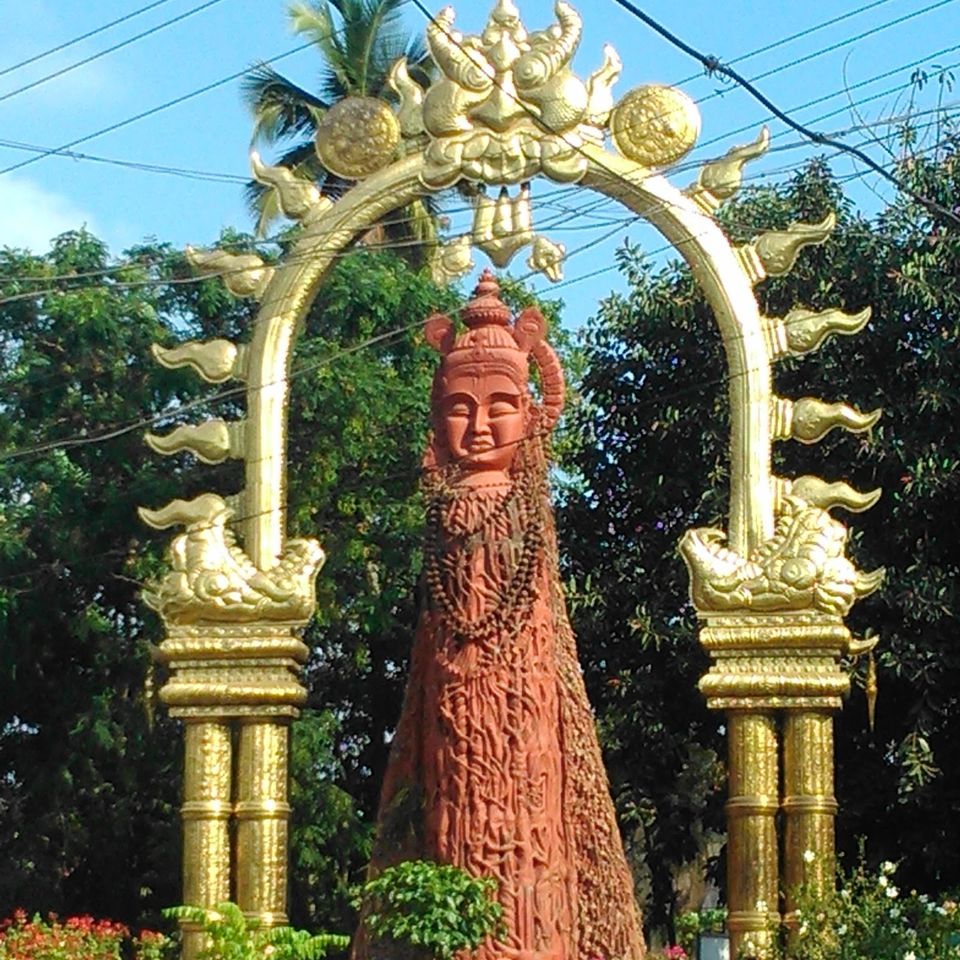 Just the mention of Guruvayoor brings back a lot of memories.  It's a temple town in Kerala where I did three years of my schooling which makes it more special for me. The temple lunch, the Payasam(Kheer), the long queue for darshan, the elephants, those small shops around the temple, the tourists from all over the country and those summer holidays made my childhood unforgettable.
The Guruvayoor temple is the epicenter of the town and lives of most of the people revolve around it. The last time I visited Guruvayoor to seek the blessings of Unnikannan (endearment used by the locals to refer the deity, meaning baby Krishna) was during the first week of March that luckily coincided with the grand yearly festival which goes on for ten days with great pomp and grandeur. But I was there only on the first day and I got to witness my most favorite part of the festival, the elephant race.
I really need to make a confession that my visits to Guruvayoor have less to do with offering prayers to the deity and more with the variety of temple prasadams. I reached Guruvayoor around 6 in the evening, and the only thing on my mind was the prasad dinner served at the temple dining hall every night. They have a custom of serving dinner on the banana leaves to rich or poor, young or elder. The main dish served alternates between sambar and pulisherry (spicy gravy with curd as the base), the latter being my favorite. I think they feed millions of people in a day. But as luck would have it, my day was an Ekadashi and no dinner was served. I was more than just disappointed and had to settle for the same dish in the nearby hotel.
The next day I woke up very early for the Nirmalya Darshanam wherein the deity still adorns the flowers and garlands of the previous night. It is believed that celestial bodies worship the Lord at night. Hence, this first darshanam is considered too auspicious. After that, I visited a few more temples nearby and few of my old neighbors. And finally, my pulisherry cravings were satisfied that afternoon. The tiresome queues for the temple lunch are eased by the beautiful sight of the temple tank and the cool breeze.
Finally, it was time for the most awaited part of the annual festival which was the elephant race. The race starts from the Banyan tree in the east nada (side) to the temple which is almost half a kilometer. The winning elephant gets to carry the idol of God on all special occasions. The mahouts(the elephant trainer) run towards the temple and collect the bells, run back to the banyan tree and tie it around their elephant's neck, followed by the elephants running towards the temple while the crowd cheer for their favorites. Barricades are raised to ensure the safety of the people. I was standing right in front to get a better view of the giants. It was fun, but a naughty young elephant almost gave the onlookers a heart attack while it stood near the crowd. He stared at them which caused a panic for few minutes. On the whole, this is something one should never miss. After the race, Ramankutti was chilling near the temple and was given celebrity treatment by the crowd. He came third in the race.
Next, I visited my old neighbors and friends and realized that nothing had changed. I went to a nearby temple wherein I used to volunteer as a kid. It was a nostalgic evening. There was a procession of 5 elephants at night with the winner of the elephant race carrying the deity. It was a feast for the eyes of onlookers. There are many stories related to the Lord of Guruvayoor.  One being that the Lord took the form of a tree to prove his pious devotee true. He is called Mahaprabhu(tree lord) in this form.
During these ten days of the festival, there is different kind of lunch served which is called kanji poolk( Rice porridge with horse gram curry) which should be on top of any foodie's list. It is served in a bowl made of coconut leaves and eaten with a spoon made of jackfruit leaves. It is an out of this world experience.
What fascinated me the most about this temple was that they had a box where you can put food coupons for the poor. It is distributed to the needy every day in the evening. More temples in India should start such initiatives.
This marked the end of my weekend in Guruvayoor, I added a few more memories to this place now.
This trip was originally published on SoloWanderingSoul