Follow me......
A place in banjar valley known as Chehni Kothi . We didn't know about this place when we reached there in jibhi(March 2019), but the homestay caretaker told us about this place for first time.
After a half day up and down trek to Jalori pass in 5-6 feet of snow we still were full of energy and wanted to visit some not so reachable place.
We talked to homestay caretaker and he suggested that we should visit the Chehni Kothi. After getting the rough idea of location we left jibhi and drove our car to the village from where trek to Chehni Kothi trek starts. The weather was good at the time specially in that place means no rainy clouds. We asked a villager about approx Km's to reach Chehni Kothi and they were cool about it like only 1km which was fine for us. But yeah he said something that will be meaningful in the end "Bhai ji aajkl devta bhi neeche aate hai" means these days local God's will come down.
We didn't gave it much of a thought and started our trek around 4 in the evening. Just few hundred meters up and the whole trek path was muddy and have kind of ice on top of that mud which was making that trek hard for us. But we were 5 people in total and have each other for helping in these kind of situations. We continued slowly after passing the apple orchards and steep high mountain. We reached a place where we have to trek at 75° in the same muddy terrain. So being the kind of locals we took the charge to go first and look for alternate route to trek up that particular point.
Here comes the spooky part, as we reached to the top of that point we walked a bit further in the woods and there was open ground kind of terrain. But it was still 50-70m away from us. I was looking at my feets while walking but suddenly someone from back pulls me from my shoulder, and I stop because I knew my friend was walking behind me. So I turned directly to him and he signal me with his hand to sit down when looking to the front. I just sat and started looking to the ground side. There was a man kind of structure standing in that ground in white kurta (long shirt) but I was not able to see his face clearly means it was blurry. Only face was blurry rest all i can see clearly then I looked down on his clothes I can see only kurta but no payjama, Starnge?? I was not even able to see his legs as well means I can say that he didn't have legs but he was f*****g standing. There was one buffalo and a dog other than him on that ground.  Then I saw a big rock on which there was some red cloth and some flowers with some other worship things, along with a head of some animal which appears to be sheep. Well at that moment I got really scared and I turned to my friend, his face was pale white. We both looked at each other at same time, got up and started walking very fast back on the same trek to our friends. Then just before that 75° mountain top we both stop and said that we will not tell anyone what we saw even though we haven't discussed with each other what happened. We went to our friends who were waiting for us at the same place we left them. We told them that the trek is even worst ahead and we should go back to homestay.
The weather was good till this moment and it started raining heavily within few minutes after we started downtrek. There was a very small and old building on the way, only two rooms so we took shelter under the shed to save us from getting wet. After 15-20 minutes of waiting we started going back again as we reached near our car. I pulled that friend towards me and said we'll pee and come back, we moved away from rest of the friends and I directly asked him  did you saw that man's legs and his face reaction told me that he didn't. We said to each other we will discuss it in night next to bonfire. We didn't told about this incident to anyone, except some very old uncle's who told us that it could be the deyo ( local God's ) themselves came to have the feast offered to them by village people in ritual.
We love Himachal Pradesh and the hidden secrets and rituals which are still there behind those beautiful scenery's. 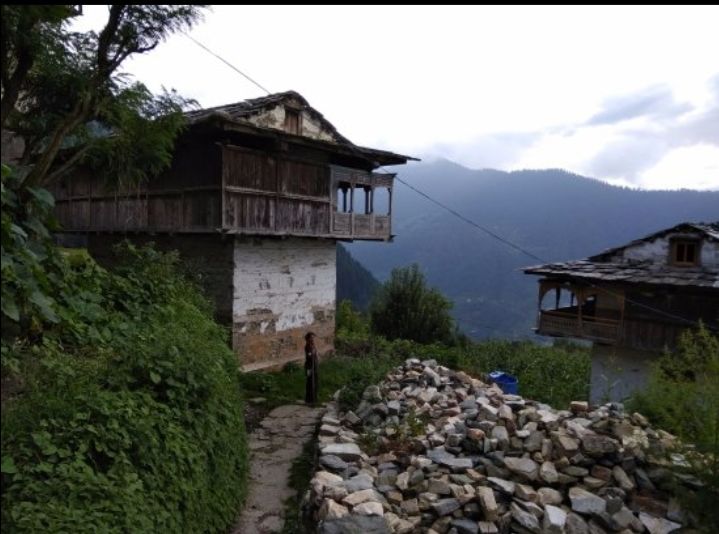 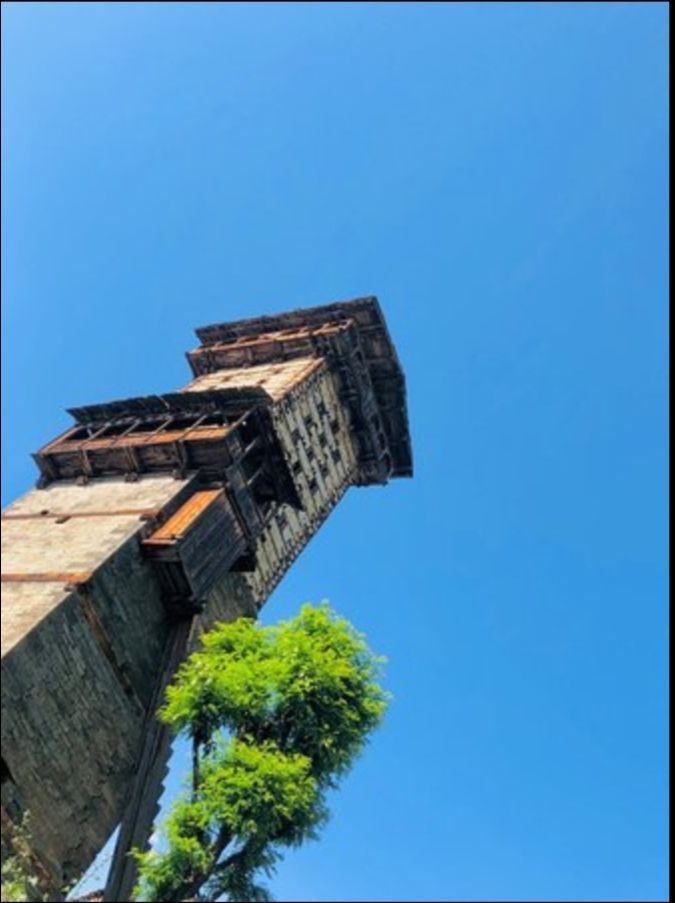