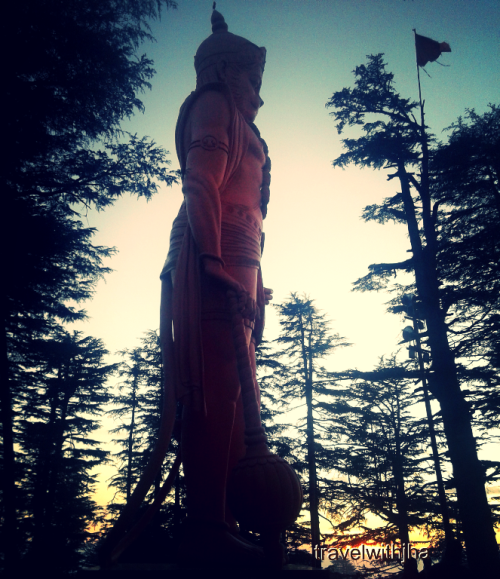 Jakhu/Jakhoo temple dedicated to lord Hanuman, is an ancient temple in Shimla belongs to Hindu religion. It is located on the top of Jakhoo Hill which is also Shimla’s highest peak (at an altitude of about 8,050 feet). It is situated 2.5 km from the Ridge. From the hill, one can enjoy wonderful panoramic views of the Shivalik Ranges.

If you take a small road that cuts between Christ Churchand State Library at The Ridge, you’ll come across an arrow-mark on the wall directing towards Jakhoo temple. You just have to follow the steep, ever ascending road. It’s easier than you imagine. It takes 20-25 minutes to reach the Temple. 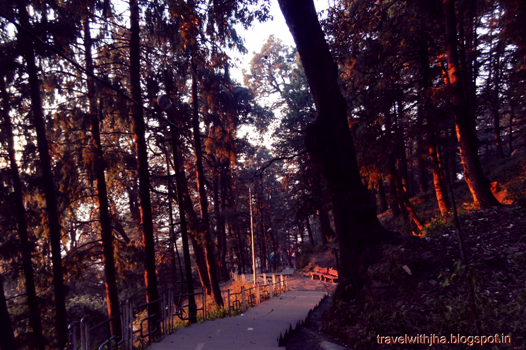 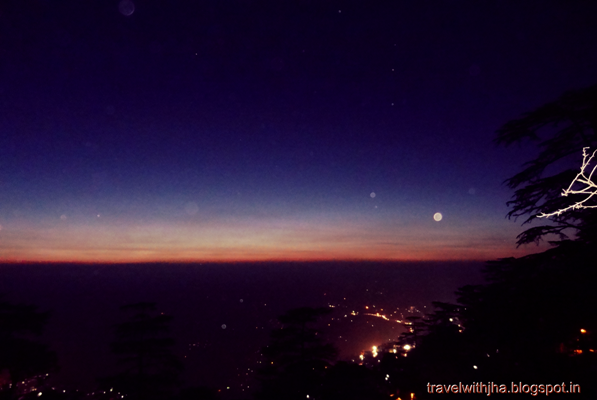 Jakhu Temple has an interesting legend behind it. This legend is related to Hanuman(monkey lord) during the epic of Ramayana. Lakshmana(Rama’s Brother) got injured by a deadly arrow while fighting with devil Ravana's son Meghnath . . In order to save his life ,when lord Hanuman was moving towards Himalaya to get sanjeewani herb , all of a sudden he saw Yaaku sage on Jakhu mountain in penance . This place was named Jakhu , after the same sage .In order to gather more details about sanjeewani , lord Hanuman landed here . As a result of which Jakhu mountain which earlier was much higher ,half sunk into earth . After getting information about herb Sanjivini lord Hanuman promised yaaku to meet him back , yaaku made a small temple to commemorate the visit of lord Hanuman. The temple has been built around the place that is supposed to have the footprints of Hanuman. It is a highly revered religious place of Shimla and devotees throng in huge numbers to pray. Devotees from all over the country come here, especially at the time of Dussehra festival celebrations.

The original dates of temple is not known, but it was believed that this temple was exited from the time of Ramayana, a pre-historic event as per ancient Hindu texts. The Jakhu hill offers excellent views of sunrise, sunset, mountains and town.

In 2010, a huge statue of Hanuman is built near Jakhu Temple in Shimla with the cost of 1.5 Cr. Jakhu is also famous for world tallest statue of Lord Hanuman which surpasses the current tallest statue of 'Christ the Redeemer', which measures at 98 feet and stands at an altitude of 2296 feet in Rio de Janeiro, Brazil. It was unveiled by Bollywood Actor Abhishek Bachhan in year 2010. This giant idol of Lord Hanuman is 108 feet high on a highest hill of summer capital of British era shimla.

This titanic size of hanuman statue can be seen from a long distance in Shimla.

If you are planning to visit this temple, you should remember some tips.

Beware of the monkeys here as they are known to snatch away any free hanging objects from people. Try not to carry anything in your hands, just follow the path and don't pay attention to the etc. It can be visited any day because it remains open seven days a week and entry here is free of cost. Overall it's a lovely hill around Shimla with some amazing views.