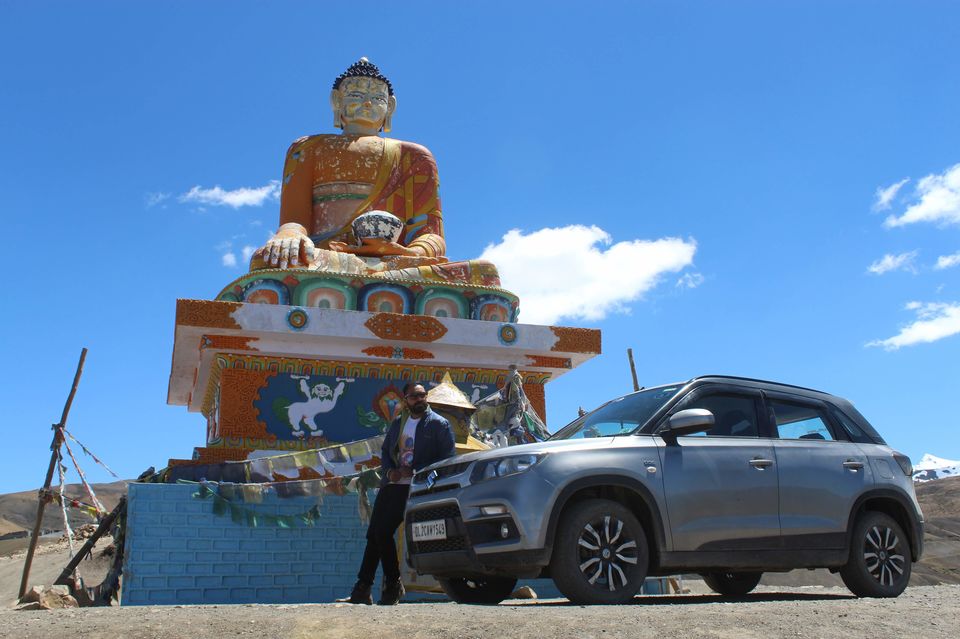 Spiti Valley is a cold deserted region situated in the north eastern part of Himachal Pradesh Near Tibet. Spiti means the middle land and the name was derived as geographically it is situated between Tibet and India.

Spiti is often known as Himachal's own Ladakh. And it has a huge influence of Budhist culture due to its geography. Spiti has a lot to offer if you want to feel rustic and authentic culture. We Planned to complete the famous Spiti Circuit in 2019 and left from delhi at Midnight.

So here are the places we visited in our whole journey.

The first stop of our journey was Rampur Bushahr. The Ancient town and former princely state of Bushahr Dynasty. It took us 12 Hours to reach Rampur Bushahr from Delhi and there are few things that can be explored here.

Padam Palace: The Palace was built in early 1900s by Raja Padam Singh and you can see the amazing architecture of the palace along with wooden engravings. With the main building of the palace there is one small structure known as Machhakandi. The turquoise-coloured wooden structure was used by the King while interacting with public.

Padam Palace is situated just on the main road and can be accessible from the entry gate near Nau Nabh Hotel.

Raghunath Temple: One of the historical temples situated in Rampur Bushahr. It is a must place to visit when you stop here.

Apart from these you can visit Narsingh Temple, famous for locally produced woollen shawls

The next stop in the Circuit was Kalpa. Though we wanted to stop at Nako but due to landslide we could not continue. But it was a good decision to stop at Kalpa as Kalpa has a lot to offer.

Kalpa is situated just 100 Km from Rampur Bushahr and is a small village on the foothill of mighty Kinnaur Kailash.  Kalpa is a small hamlet with tons of things to give pleasure to your eyes.

In Kalpa, you can visit hu-ba-lan-kar Monestry which is approximately 1000 years old and one of the oldest monastery in the region. The monastery is situated in the valley with an amazing backdrop of Kinner Kailash peak.

Apart from the temple you can visit the famous Suicide Point, and village roghi that is situated at the end on the treacherous road. The road itself will pump ⁿ your heart to your neck. Also you must try the local wine made up of local fruits.

After Kalpa the next destination that we covered was Kaza. Kaza is the district headquarters of Spiti Valley and we reached there by completing a treacherous road.

In Kaza there are multiple places to visit. Some of these are below:

Old Kaza market, the old Kaza market contains many querky cafes that are must visit, specially the himalayan Cafe and Sol Cafe. These cafes are situated in the main Kaza market and can be explored for their amazing aura and food.

After the kaza market you can check Sakya Gompa and Kawang Nun Monestry for that you need to cross the Spiti River. Both the Monastries are new in comparison to the famous Key Monestry and yes the next spot to visit is the Key Monastery. Key monastery is one of the the oldest monastery of the region and it was founded in 11th century. Since then, Key monastery was attacked by various invaders from Mangol, Kashmir, etc. but it remained static and calm on the hilltop.

From Monastery you will get an amazing 360 degree view of Spiti Valley and river. When you visit Key you will be greeted with a cup of amazing organic tea prepared by the monks. photography is prohibited inside the main complex of the Monastery but you can click pictures of rest of the parts.

From Key Monastery, the next place we visited was the Chicham Bridge. The Bridge is the Asia's Highest bridge and this bridge was built to cut down the journey between Kibber and Chicham village. A must visit place to check the amazing Architectural sample.

Here are some villages that needs to be visited to experience the real Spiti.

Kibber - Kibber village is situated just 20 Km from Kaza and it is the home of the Kibber Wildlife sanchuary. In kibber you will see multiple green agricultural land. Kibber area is famous for its medicated crops and you will get some amazing 360 degree views around you.

Langza - Langza is situated just 15 Km from Kaza and one of the remotest village in Spiti Valley. Langza is famous for its multiple Marine Fossils findings and the guarding Buddha statue. The Buddha statue is believed to be guarding the villagers from the outside evils. The amazing landscape attracts travelers and photographers from all around the world. Langza is one of the best place for Night and landscape photography.

Hikkim - Another stunning village of Spiti Valley, situated just 15 km from Kaza and sitting at an elevation of 4400 mtrs. Hikkim has a post office which is the highest post office of the world, you can send a post from there. Also Hikkim village has the Highest polling station in the world. Hikkim village is also famous for the Night sky and star grazing.

Komic - Komic village is crowned as the highest village with a motorable road. It is situated just 18 km from Kaza and sitting at an elevation of over 4500 mtrs. Just like the other Villages of Spiti, Komic has an old monastery and an amazing landscape which gives a hefty treat to your eyes. Just one thing to be noted, Spiti Villages are situated on a very high altitude and you might face issue due to AHS(Acute Hill Sickness). In case you face any issue decend immediatly and contact the local health center in Kaza.

Dhankar: Dhankar is often known as the gateway of Spiti Valley and Dhankar village contains a fort or we can say the remains of the old fort, an old Monestry and one fresh water lake which is around 2.5 km from the village.

Dhankar village is situated at an elevation of above 3800 mtrs and siting on the cliffs of the  mountain. Dhankar village was used as a prison as well during the Old era.

The Next destination of the Spiti Circuit is Manali which is approx 200 Km from Kaza. But due to extreme weather conditions the route is closed most of the time throughout the year. Like we visited Spiti in May end and that time as well the route was closed. But if you are lucky enough and you found that route open then you can visit Kunzum pass and Chandrataal lake(you can visit Kunzum pass and chandrataal lake from Manali side as well. Because most of the tourists visit Kunzum and Chandrataal from Manali and that route was still accessible in comparision of the route from Kaza).

Both Tabo and Nako are small villages situated in middle of Spiti Valley and Kalpa. Tabo is famous for the large gompa complex and it has the biggest complex area in the region.

Tabo monestry was founded in 996 AD and it is the second most sacred monestry for monks after tibat's tholing Monestry. Tabo monestry contains many old paintings and statues. The main room of the Monestry is like an ancient cave with tons of history within. A must visit place if history trills you up.

Nako on the other hand is a small village situated on a bit higher side of the valley. Nako majorly plays a role of a middle stay point for the travellers to and from spiti Valley. Nako has 50s of homestays ready to host you. Further there is one small lake i.e. Nako lake with many tibetian temples on the bank. Apart from the amazing lake that acts as a ice hockey playground in winters, you must visit the Nako Monestry which has the amazing painting and budhist scrolls.

Though we wanted to complete the circuit via kunzum pass and Manali but due to road blockage we thought to use our extra day to visit Chitkul.

Situated 60 KM from Kalpa and just 18 km from the Karcham hydro electric plant on satluj river. You can also take a detour during your stay in Kalpa.

Chitkul is the last Indian village before Indo Tibbetian border and has its own charm and feel. Situated on the banks of Baspa river and was secluded from outer world for a long time. The road towards Chitkul itself is an adventure and it passes through Sangla. After Sangla only authorized persons of Armed forces are allowed but it is a place where you laid back and relax like we did after an adventurous and extreme journey of Spiti.

In Chitkul, you can visit the Mathi devi temple which is situated in the middle of village. The Local residents of the villages are still living in the old himachali wooden houses and slowly the place is rising up its popularity among tourists. You must take a walk along the Baspa river and trek till the top of the peaks to admire the beauty of the valley.

During your visit to Chitkul you must visit the Kamru Fort in Sangla and Sapni Fort in Sapni village. The Kamru Fort was built by lord badrinath thousands of years ago and it is belived that there are 33 crore gods and godess residing inside the Fort. Though no one is allowed to go inside the fort building but you can visit the Kamakhya devi temple which was brought there from Assam many years ago.

On the other hand the Sapni Fort is situated just 7 Km from the Sangla and Chitkul Road. Sapni fort is the best example of wooden architechture. though it was not that old and some part of the fort was built by Raja Padam Singh of Rampur Bushahr.

This trip to Spiti has given us a much needed information about our ancient culture and history that we haven't read anywhere. In last two years, due to Covid19 pandemic Spiti was closed and now it is open and will plan to visit the amazing place again

For me travelling is more important than reading books because by travelling you can feel the place not only imagine and one more thing it will make you wiser for sure. So, thats the end of one more unrealistic part of India and many more to come because for us ending a tour is the beginning of another one till then stay Safe, Stay Healthy and Be Musaafir 🙂 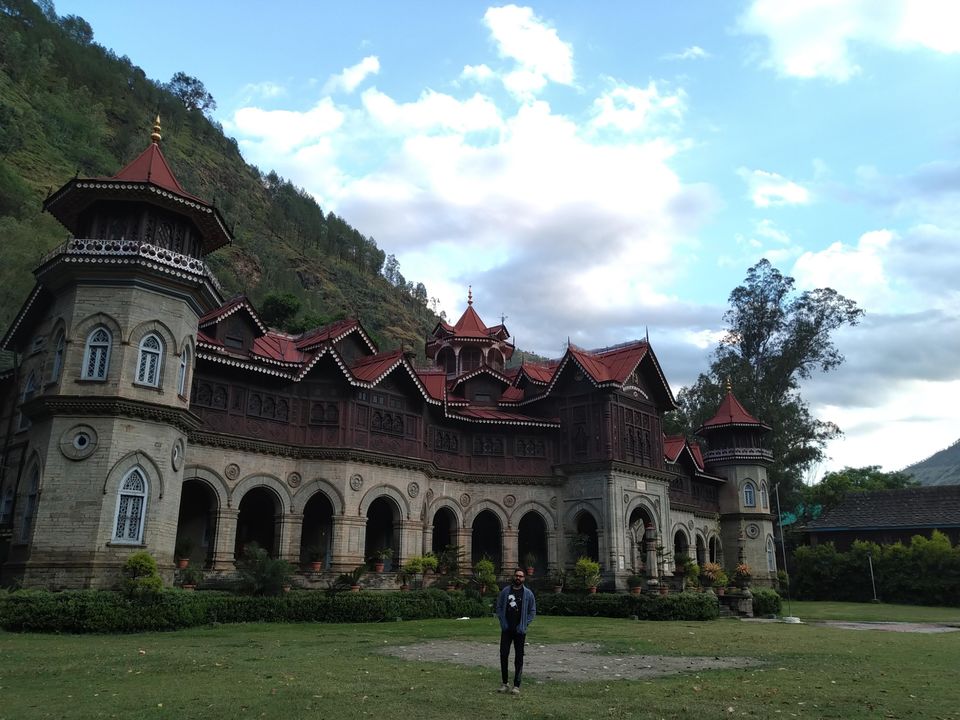 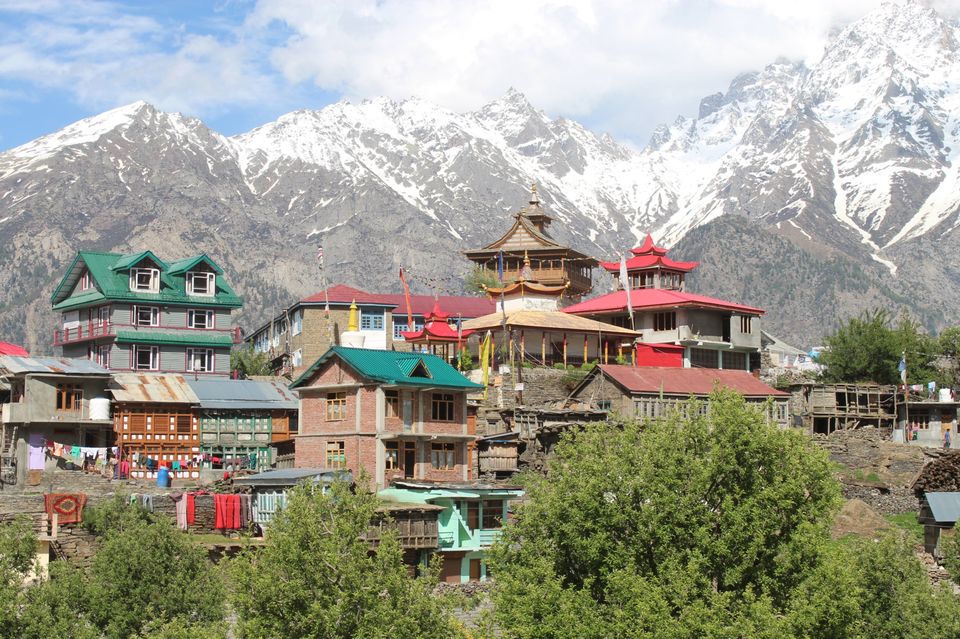 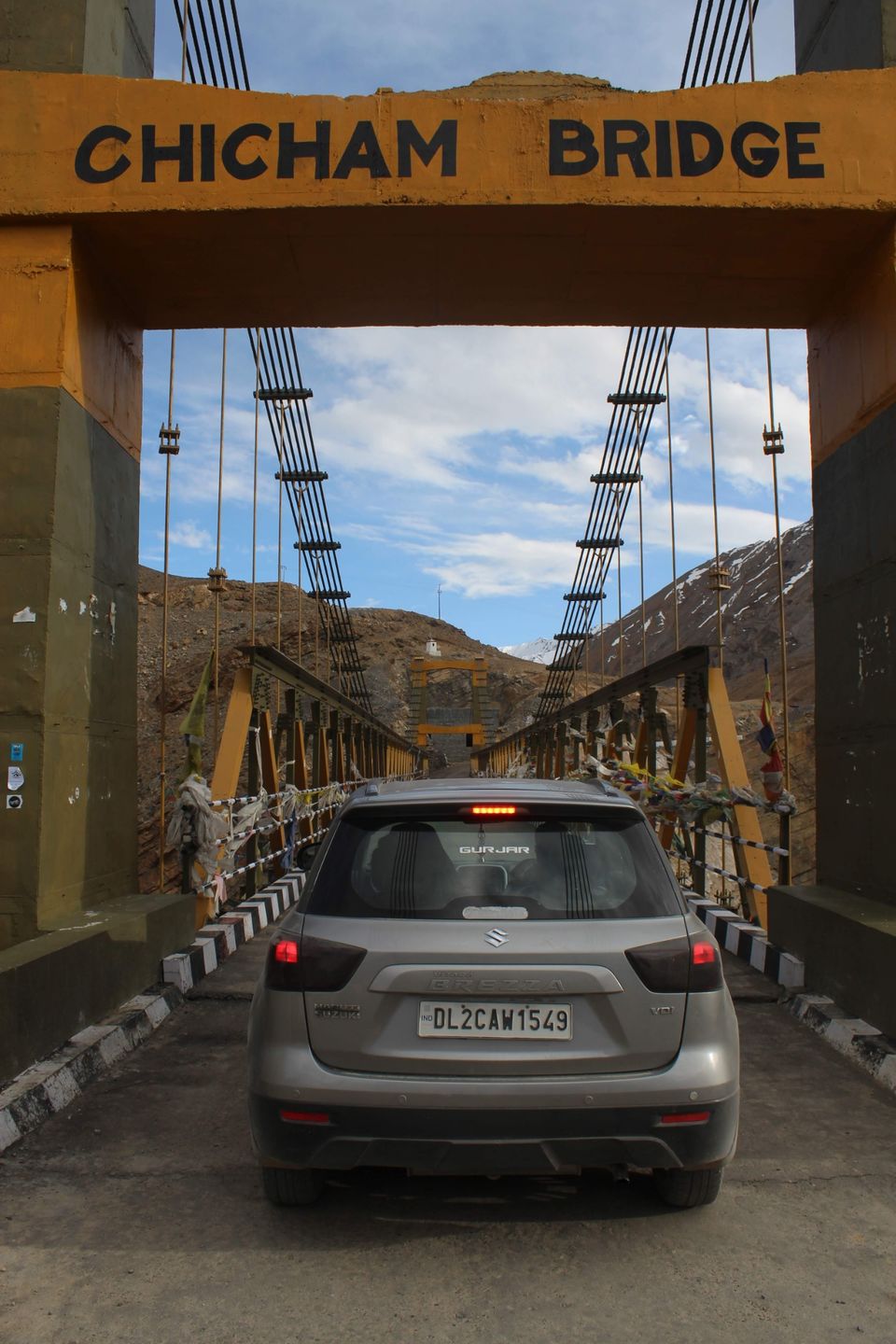 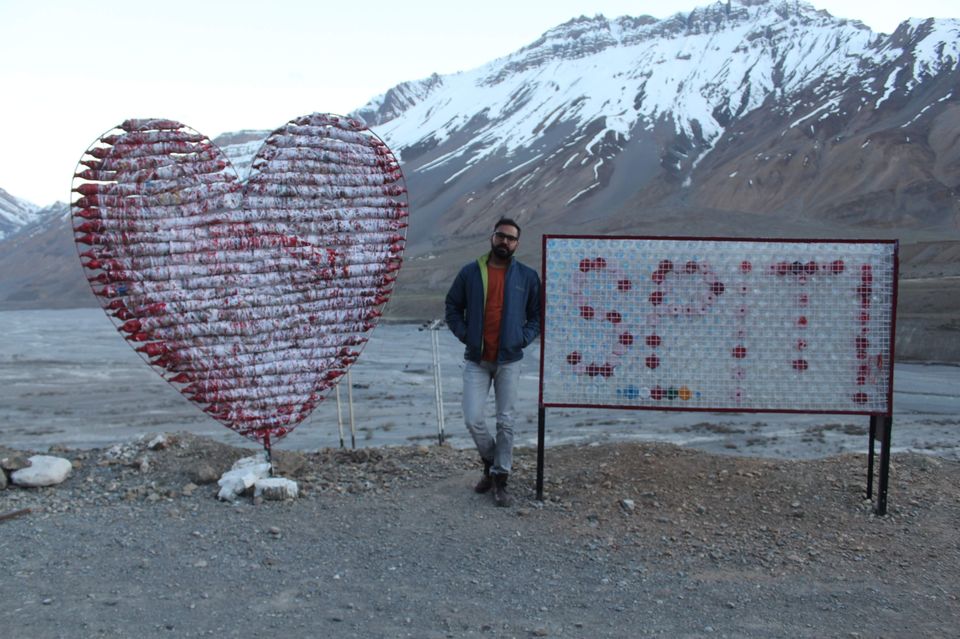 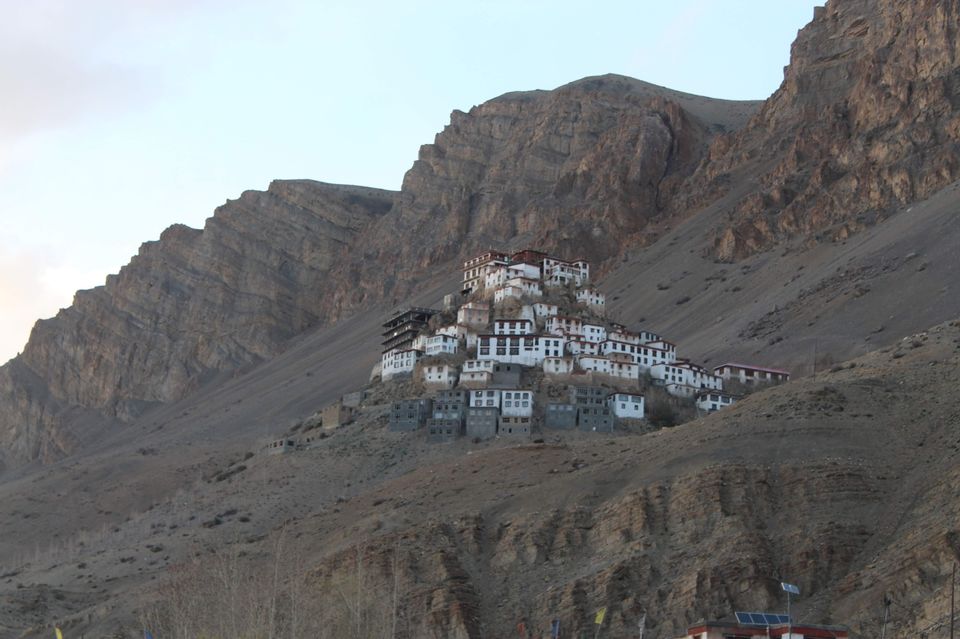 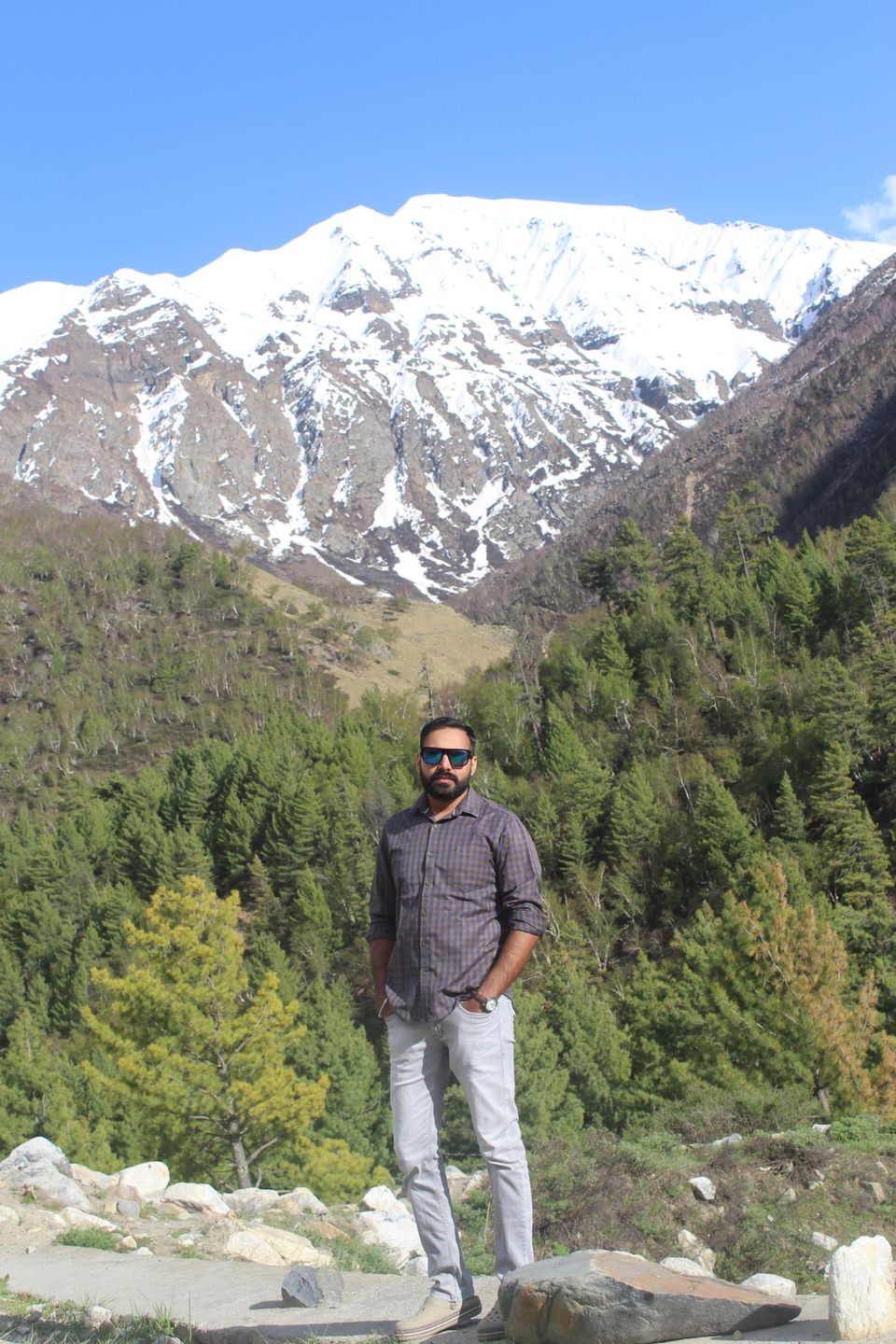