Take me back to the STARS... 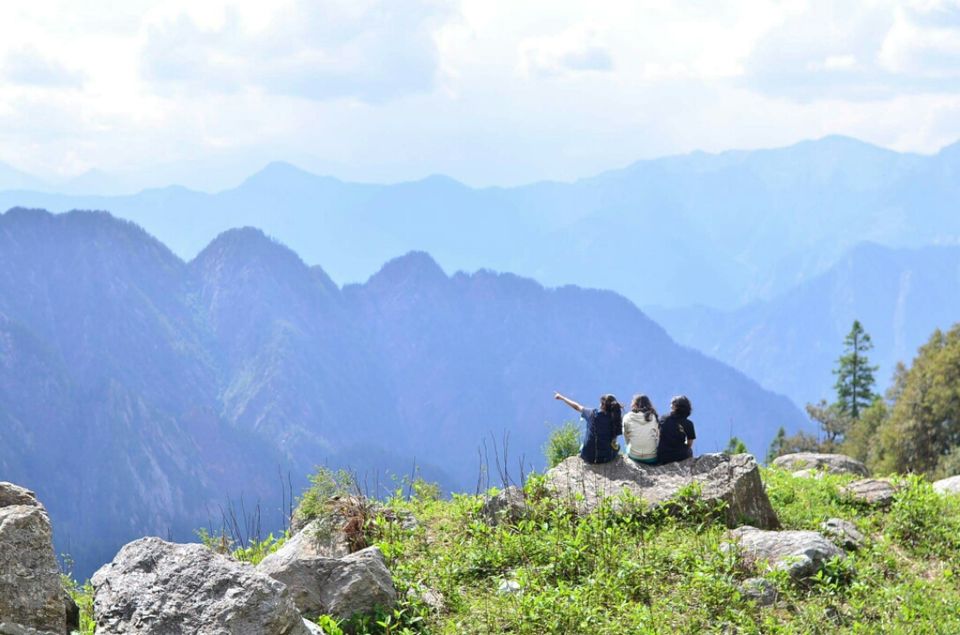 Having so many doubts in my mind we embarked on our journey towards dramatic mountains of HP.
It was my first trip to North and we had decided go for one of the difficult trek. I had gone with my 4 dear friends.
Trek was supposed to start from our base camp which was in kasol.
Even if it was May the cold was unbearable. We were technically prohibited to take bath throughout our journey. Because of cold you don't feel also. 😉
It was a group of 50 people coming from all parts of India. It is always nice to see diversity of people to interact with. It makes it more interesting.
After spending 2 days at base camp getting acclimatized to the surrounding, the day had arrived to commence our trek. We were approximately 5100 ft above sea level.

Equipped with all the needy things we were carrying 6-7 kg weight on our back we were set to go.
The only toughest task in this trek was to walk😀. Yess, if we were climbing only 4 steps we used to be panting. It was too excruciatingly tiring.
but the best part of the trek is even if you are exhausted,when you reach the destination you don't feel the pain. That's the beauty of the nature. It always calms you down.

So from 8am -4pm we were making efforts to climb up and finally we had reached to the next camp (Grahan)
All of us had taken the place in tent girls didn't have any choice because we all girls had only one Tent to occupy.
Evening time was dedicated to hot soup. One more positive thing about travel is that we appreciate the little things in our life even if they are less important or not and gives much more happiness.isn't it?
While having our soup, chatting with friends I got stung by a beautiful honey bee.
The pain was unbearable so was shouting like hell. As higher camps do not have that much good medical facility, I was very scared.
Finally gods grace, we had recently graduated doctors in our group. Someone had come for my rescue. They were quite excited as they had met someone to experiment on.
I was quite relieved that atleast someone was there to consult. My hand was swollen up but I wasn't convinced to take the injection as I hate it badly. So I was trying my luck on tablets.
As the darkness was devouring we all ran in to our sleeping bags and went to sleep.

As I opened my eyes I was worried about my hand.thankfully swelling was gone. But there was a new thing came up I had got allergy all over my body. But still was procrastinating to take the injection.
As the new day had arrived everyone was refreshed and got ready to climb.
Thanks to the group leader because of his so called invention for the shortcut ,we had to walk for 14 km instead of 9km.
Maggi was our survival food for our trip.whenever we used to have break hot  maggi became our friend.
As we were heading towards next camp landscape was getting beautiful at every step.we could wait and appreciate but words would always fall short.
We have reached to the next camp 'Padri'.Now there is a new story which we heard from that camp leader as we arrived.

'Bear is waiting for you guys😛' I kept thinking like now what's new going to happen.
that bear was hiding in the vicinity of our camp. 'And the bear just had his lunch'
We could actually see the skeletons scattered around. Everyone was frightened.
It was getting colder as we were climbing up.At night resting under that starry sky was mesmerizing.

We were approaching to the Nagaru camp which was going to be our last higher camp where many had their dreadful experiences.
A prior group had to hold their tent whole night because of the scary wind and snowfall.
As we were going upwards trees were vanishing and we could see the snow mountains coming nearer.
I was getting excited to witness the snow for the first time.
The landscape with those massive mountains with white glow were looking tempting.
I was falling in love with the mountains.
The way we were going ahead our bond with each other and mountains was getting stronger.Every step we were talking together or separately was unfolding myriad colors of emotions.
Some were getting closer with one another and some were getting to know themselves in a new way.i was falling in to the latter part.
I could understand myself in a better way.
Till 4pm we had reached Nagaru. That night was too chilly and that next day we had to get up at 3'o clock . So we curled up in to our sleeping sheet . But before that we sang, danced as that was the last night at higher camp.

Time has come to have some snow party.
It wasn't at all a party,we had to walk for 16-17 km and more part was through snow.
Every step we were taking was draining our energy.
With almost 13800 ft high,almost everyone was having either breathing  problem or headache.
Snow slide was the fun part and we really enjoyed.
After our lunch we started to descend.Now getting down was more painful than climbing up. At last we had reached our final campsite.
Locations of each camp site was amazing. Everybody was dead tired but it was our last night of the trek. That day we had amazing bonfire.

It was a struggle to balance my mind through all these countless thoughts.

It was most precious enduring experience of my life where some of my part will always be in those mountains. 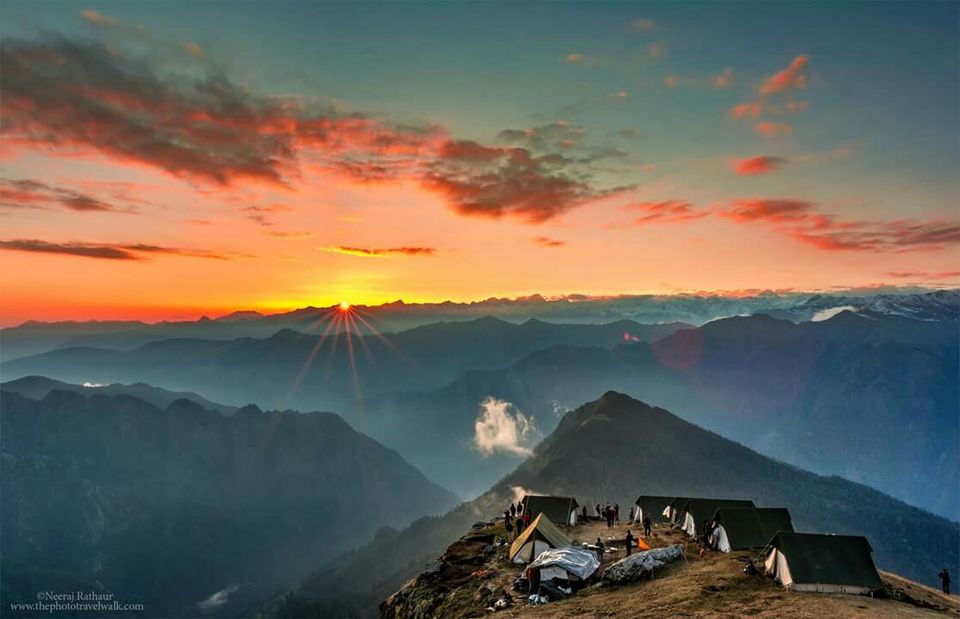 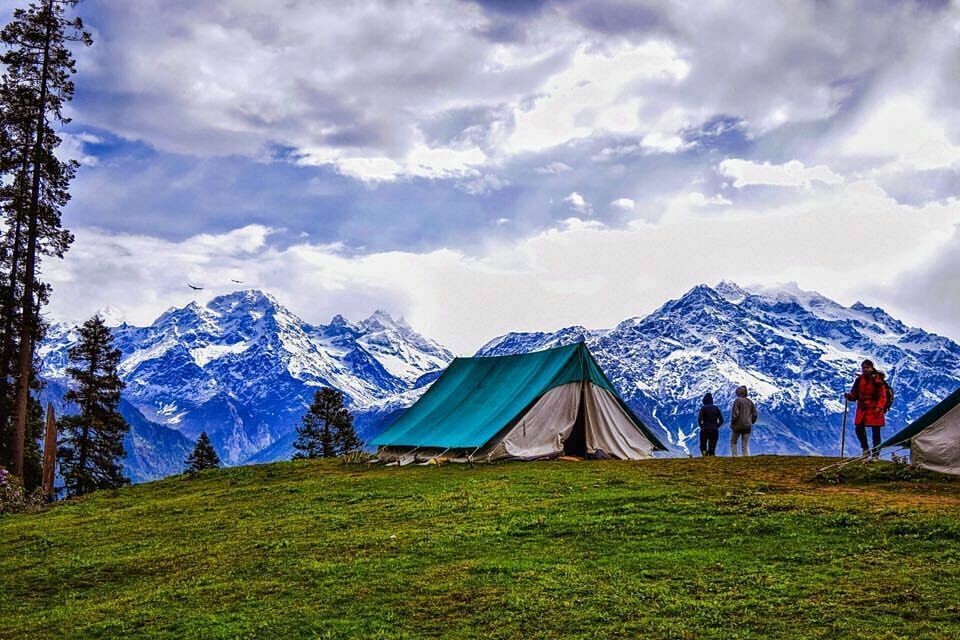