Tales of the Himalayas - A star on my trails 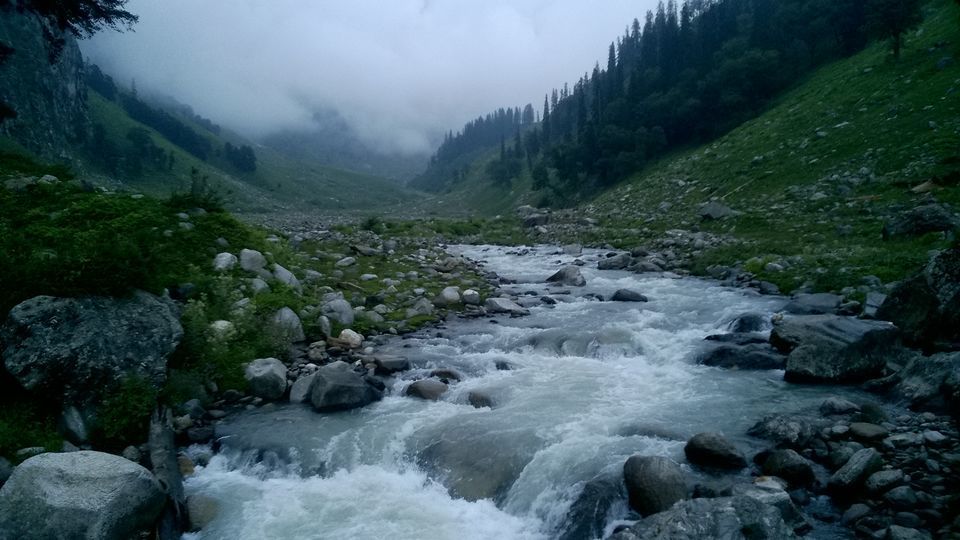 I stood transfixed, at the edge of a frigid, swirling mass of madness that was the Rani river. The majestic ice-tipped Himalayas looked over my shoulder, seemingly uninterested in this fantastic twilight view, perhaps having seen it all. A cold draft blew across the clearing, straying over our tents and rustling the luminescent silver birch on the forest edge.

A cackling laugh pulled me out of my reverie.

“Jump”, he cheered at the crowd wildly, as the cold gushing Rani swallowed him up to his waist, fed on a steady diet of freshly melted snow.

Bundled up in thick layers and wary of the icy conclusion, his audience only looked on reluctantly.

Having succeeded in getting all eyes on him, he guffawed promptly and dunked his head below the surface as others could only gander in amazement and broke out into applause.

Tiger, everyone named him - the moniker perhaps drawn from a close resemblance to a movie star of the world’s largest film industry, Bollywood.

He had a Sufiesque air about him - long serpentine lengths of hair parted neatly off his forehead and wild brown eyes that you couldn’t stand up to in a stare-off.

Once, when people hustled for the shared warmth of the dining tent, he spoke of the times gone by, and the rapid change he had observed in the Kullu valley.

He reminisced sitting cross-legged on the ground as his Nana weaved incredible stories of his fishing for trout in the cold Himalayan waters, a profession Tiger once hoped to pursue when he grew up.

He noted, with dark resentment in his voice, that one could now simply ‘catch’ trout in one of the many commercial trout farms that lined the winding roads leading up to Manali.

Denied his dream, he ran away from his village home, but returned, several years wiser. Though he stayed away now, working as a guide for the thriving trek business in the valley, he visited them often.

Tiger had a penchant for theatrics. Often, he would abruptly break into song, most from his pahadi origin, which, although strange sounding, had a rather mellifluous tone to them. Of course, he expected the applause, loud and unrestrained.

He performed for his admirers. His chose his stage, his moments and much like most performers, revelled in their applause.

Perhaps that was his life’s philosophy. Simple, unrestrained.

He was often a showman, sometimes, a philosopher, and in his spare time, a guide to the mystic terrains of the Himalayas.