Eating Out in Manali - TROUT

"Let's go back to Manali next monsoon. What do you think?"

"Ya, sure! But I thought you wanted to explore new places. Maybe we should try....."

As his voice trailed off, I knew I had to conceive convincing reasons for returning to the hill-town of Manali. I have (almost) seen it all and done it all, but I am still not done 'eating it all'. If you're a Bong (Bengali, I mean), you will empathise with my magnetic pull towards fish. And fish as delectably delicious and rare-to-find-in-India as the TROUT, needs no fighting battles to win tummies over.

My love story with trout began much before my olfactory senses were aware of this phenomenon and the act of tasting hadn't really taken place. Well, I blame Rocky and Mayur for it. (In case you don't know who they are, they are people who introduce poor souls such as me to the world of delicious food. Ever heard of the show ' Highway On My Plate '?)

So, after years of pining, I was finally in Manali and all I could wrap my head around was the uncontrollable desire to finally eat the fish. And we took to the streets in search of trout. Over the next couple of days, we tried trout at various places in different forms, each preparation only justifying its being on the list of coveted things to eat while travelling in India.

In all objectivity, however, trout cooked in authentic Himachali-way tastes the best. The fish has a unique taste that is independent of what spices it basks in. It reminds me of the Hilsa fish (true blue Bong that I am) a bit and their similarity in having an overpowering taste. It is a soft, supple fish, and when cooked in Indian spices, the trout only manages to get its taste enhanced manifold. Trout lends its aroma and relish to the curry, which makes an excellent combination with white rice. Though I wouldn't do that, but if truth be told, just the fish gravy and rice is comfort food for the soul.

Where to head to for the best TROUT preparations in Manali:

You have to go back again and again and yet again to try out their different trout preparations. And not only because of the variety but because they know their fish well. The fish in Johnson's kitchen is fresh and is cooked with tenderness and respect, retaining its natural taste to the utmost.

Manali Local Trout Curry - served with rice and a slightly salty spinach preparation, it makes for a perfect lunch 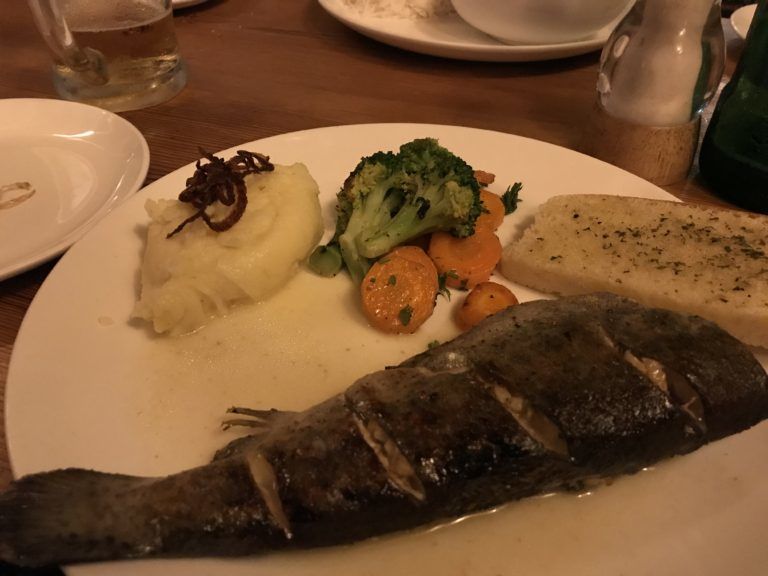 If you are staying at this place in Old Manali, you can survive, quite literally, on their trout and beer.

Trout Fingers - just gives a new meaning and delectability to the good old fish fingers. Succulent, crunchy, and served with a creamy sauce, cold beer seems to have found its perfect companion. 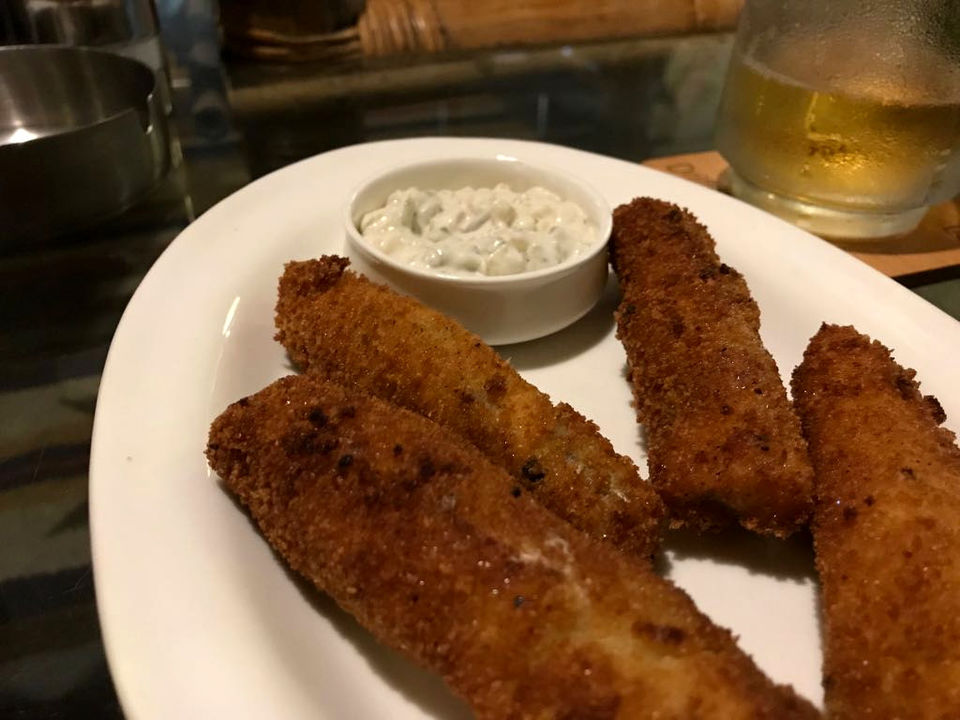 With the river flowing by right next to it, good music, and even better food, this place is what typical hangouts are made of. You can enjoy here with your friends or just linger in your own company, reading, reflecting, and eating.

Fish and Chips - nothing goes wrong with this oneP.S: After all the food, in case you are wondering what you should do about dessert, check this out for the perfect end to a perfect meal.