Where the hills stole my heart- Nahan, Mussoorie, Mandi and Rewalsar 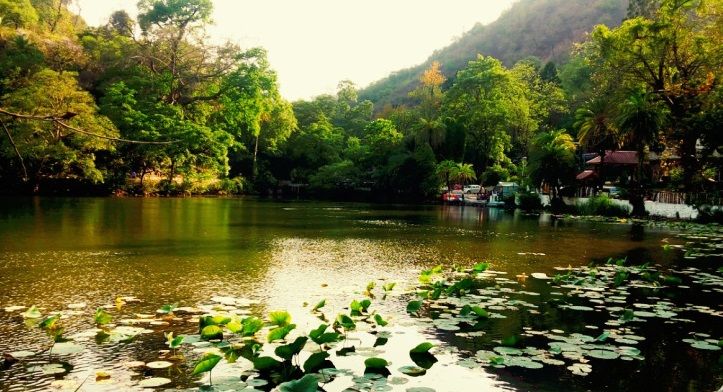 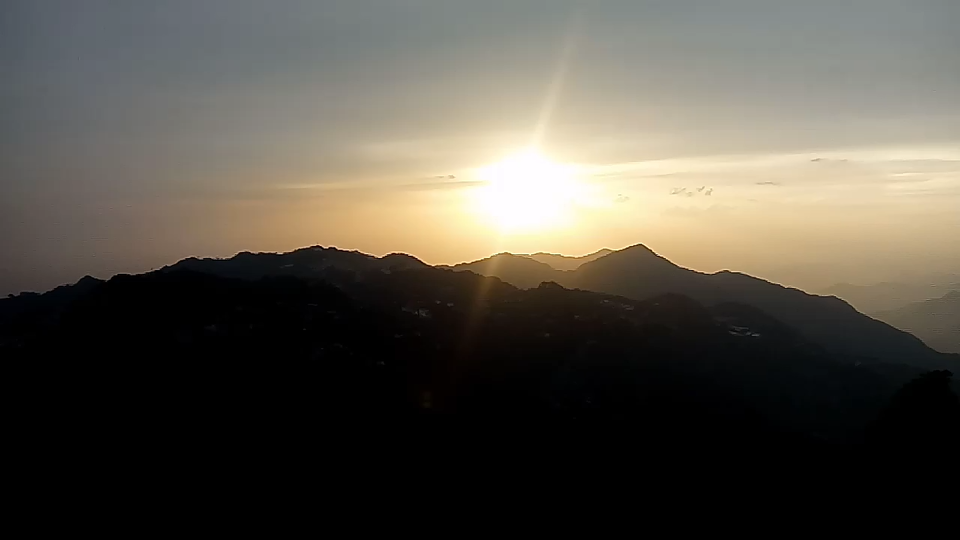 Numerous hill ranges crowned by the clouds, the azure skies in the backdrop. The sun trying to conceal itself behind the misty hills.

That's somewhat like a drawing we used to draw in kindergarden, but the joy of beholding the moment within your eyes is indefinable.

We started from Patiala at around 9:00 am, and set off for a hill adventure.

Most of the road had straight, tall trees on both sides, with the hills in the background. The trees standing punctually in rows reminded me of scientific forestry practiced by the British colonizers. They sieve the sunlight creating wonderful designs on the road. 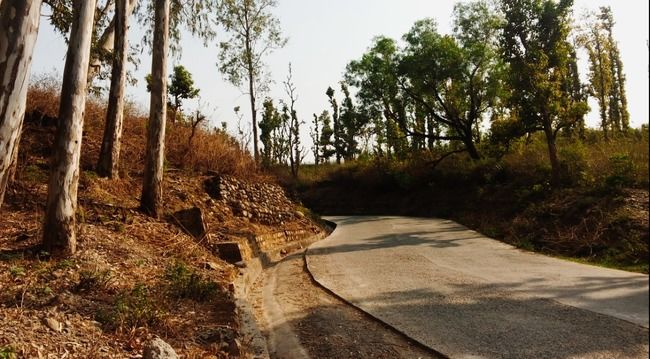 After experiencing the tranquility of Nahan, we continued with our journey to Mussoorie. The scenery showed us the bright lemon yellow plains contrasting with the viridescent faces of bewitching hillocks.

Himachal Pradesh is a slice of Heaven on earth. A fact, that can be witnessed on the way to the Kashi of the hills aka Mandi. We left from Patiala early afternoon, and reached late in the evening. But the journey was worth the wait.

We left for Rewalsar at around 10:00am in the morning. Rewalsar is connected by a motorable road, 25 kms from Mandi.

“The vibrant hued Prayer flags swaying in the soft breeze. Narrow lanes with an array of shops lined on both sides. Temples and Monasteries standing proud on the hills. An enchanting, revered lake blessing the bewitching town.” 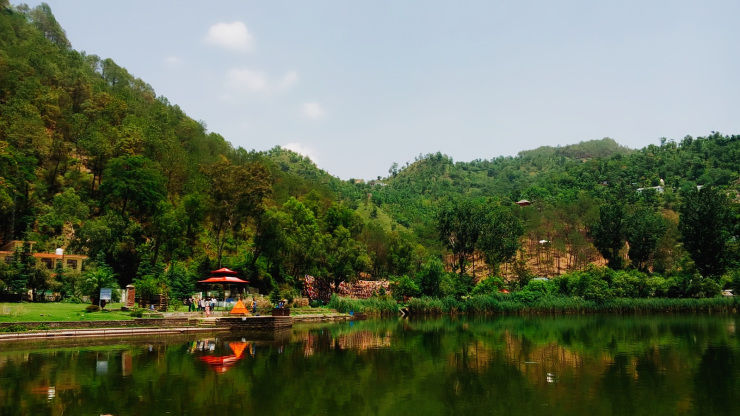 In the magical vicinity of this sacred town, located in the Southern Himalayan belt, one is likely to witness complete tranquility. An awe-inspiring town set surrounding the Rewalsar lake, and the pilgrimage destination of three religions namely Buddhism, Hinduism and Sikhism. 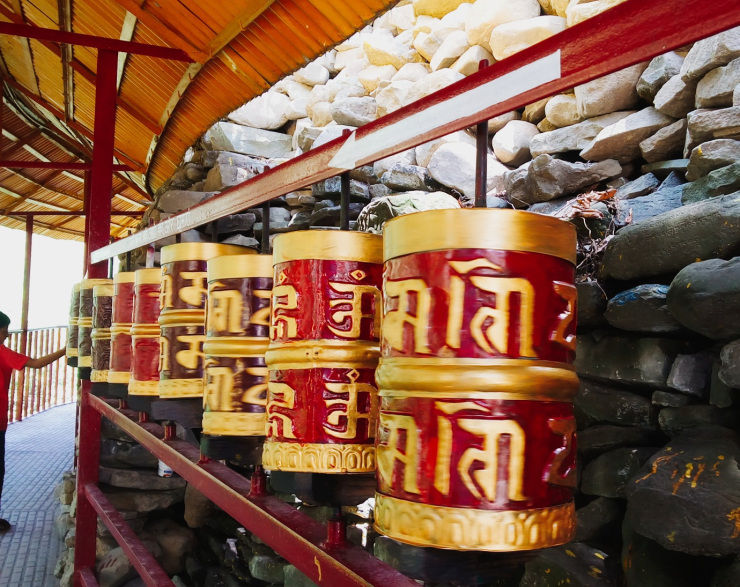 After Kempty falls, we took an alternate route back. This route was a comparatively untapped and offered some spectacular views. On the route we also met the majestic Yamuna Bridge.

On our way back we crossed the Landour Market, our car meandering through the excited throng of people. It was late evening and we experienced too much of rush. The market accompanied us downhill, and after half an hour or so we reached our hotel, Country Inn.

After relaxing and dining, I stood on the balcony, witnessing the beauty of the late night lights.

The dazzling Queen of Hills seemed to be adorned with jewels and precious gems which eliminated the darkness enveloped around her.

Awaking from sleep at around 6:30 in the morning, the first rays of the early morning sunshine made the trees which stood on the hills look even more appealing. 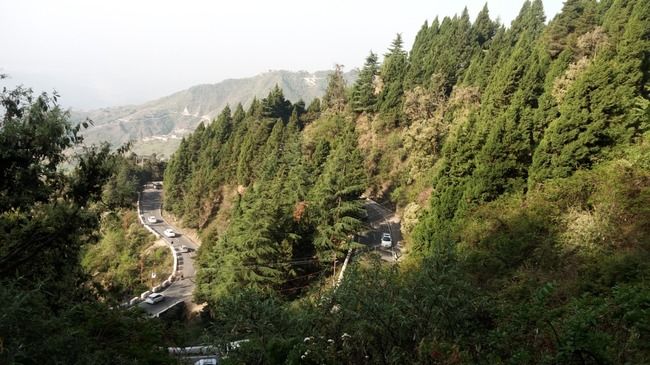 Afternoon was retreating, but we continued our journey on an almost vertical road to the highest peak of the hilltown, namely Lal Tibba. The sight of the sunset from Lal Tibba point was mesmerizing. The panoramic view of the silhouetted peaks, the conoid alpine trees,and the sun shedding a tangerine shade which was eventually dissolving into the light blue skies. 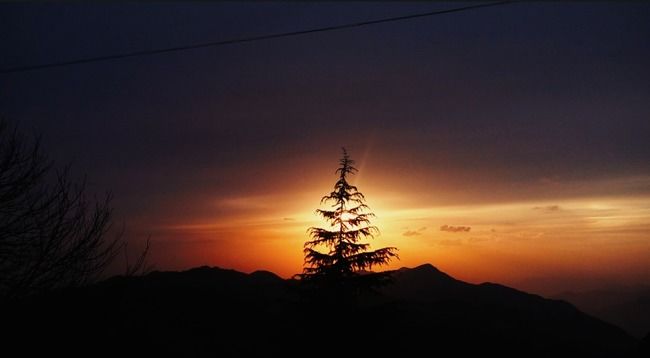 A short drive from this the city led us to the largest lake of Himachal pradesh, Renuka lake. Flipping the pages of history, we find that this place is of great importance and is considered the birthplace of Lord Parashuram, an incarnation of Lord Vishnu. It is the place where Maharishi Jamadagni and his wife Bhagwati Renuka ji practiced penance. Lord Vishnu, hence, took birth as their son.

According to mythology, King Sahastrabahu once attacked Tape ka Tiba Ashram (the place where Maharishi and his wife Renuka ji practiced penance) in Lord's absence, to get Kamdhenu cow from Maharishi. Eventually, the king killed Maharishi Jamdagni. Lord Parshurams mother Bhagwati Renuka Ji jumped in the Ram Sarovar and took Jal Samadhi. Sarovar immediately took the shape of a lady and since then it is known as Renuka Ji Lake.

We first visited the Renuka ji Mandir, situated in the vicinity. It houses many alluring deities that include the avatars of Lord Vishnu and sublime deities of Lord Parashurama and of Shri Renuka ji.

After seeking their blessings, we went for a small walk in the lap of nature, a pathway surrounding the lake. Jaw dropping beauty can be witnessed here.Water lilies floating, millions of fishes disturbing the calm surface of the water and the green reflection of the trees standing on the hills. 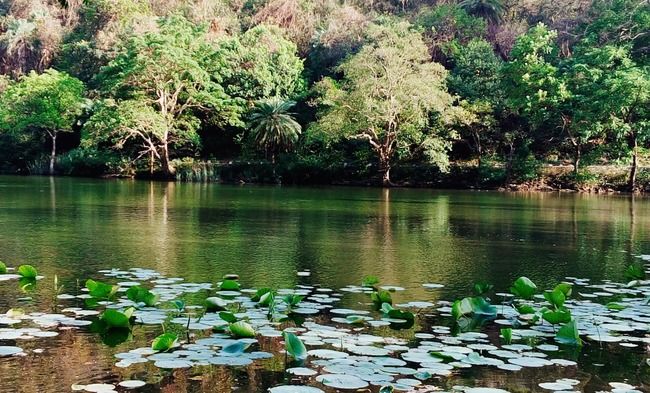 It took us around three hours to reach Nahan, situated on a hill top in the Shiwaliks. The place has short hills of mid altitude. Its not much steep but the landscape was incredibly mesmerizing.

After having a hearty breakfast, we left early for the Kempty Falls. The place was brimming with swarms of people thrilled to take a bath under the falls. But as I reached nearer to the fall, water splashed on my face directly from the falls, reinvigorating me with every drop.

The turquoise hued waters of river Beas were gushing between the hills and creating a prepossessing atmosphere. The weather turned pleasant to top it all.

We also met a slight storm on the way. Around 8:00pm, we reached the sparkling city, and left for our hotel, Visco Resorts. As we reached the hotel, it started to pour down. Next morning, waking up early, around 6 in the morning, I toured the hotel. Visco resorts are set adjoining a river, and the scenery from here is almost spectacular.

Rewalsar lake is closely associated with Buddhism. According to a legend, the King of Mandi burnt Padmasambhava (revered as the Second Buddha) alive when rumors spread about the Guru teaching his daughter Dharma, that was not accepted by the King. His pyre burned for a full week, and then smoke arose from that spot and transformed into a lake. Manifesting himself as a 16 year old boy, Padhmasambhava appeared from the centre of the Rewalsar lake and then the king later married him to his daughter.

In every 12 years, Tsechu fair is held here. 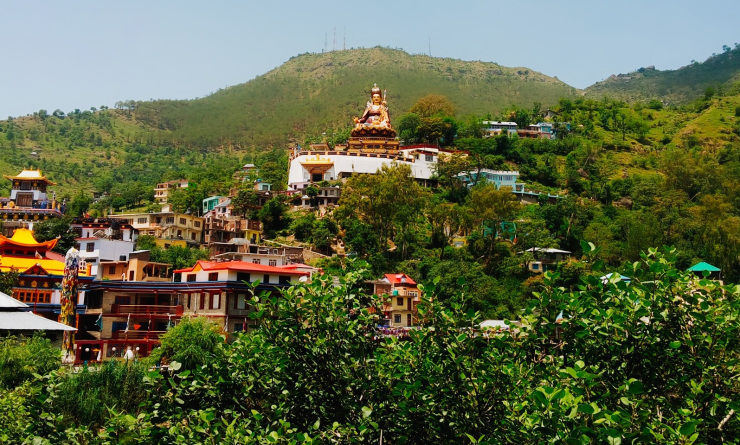 Rewalsar is also intimately connected with the Hindu religion. As mythology narrates, Lomas Sage had performed penance nearby, and was blessed by Lord Shiva and Goddess Parvati. 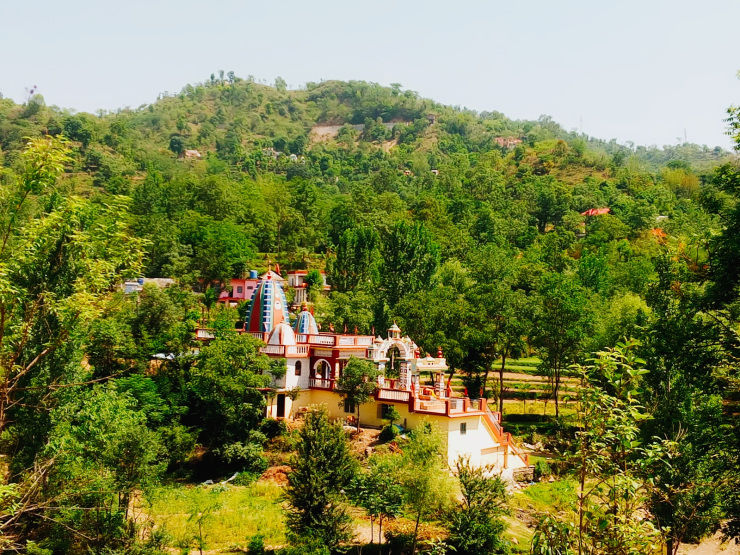 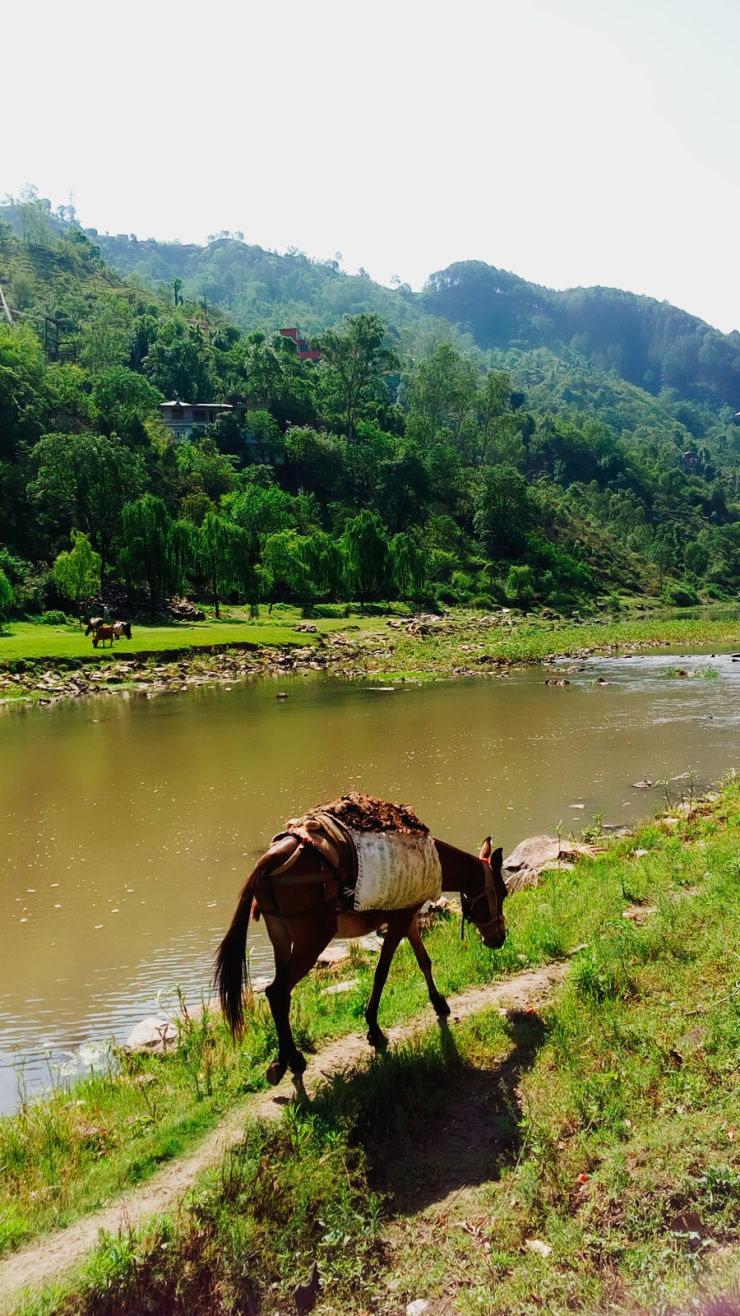