Behind the Scene at The Universal Studios , L.A

Walking through the corridor towards the entrance 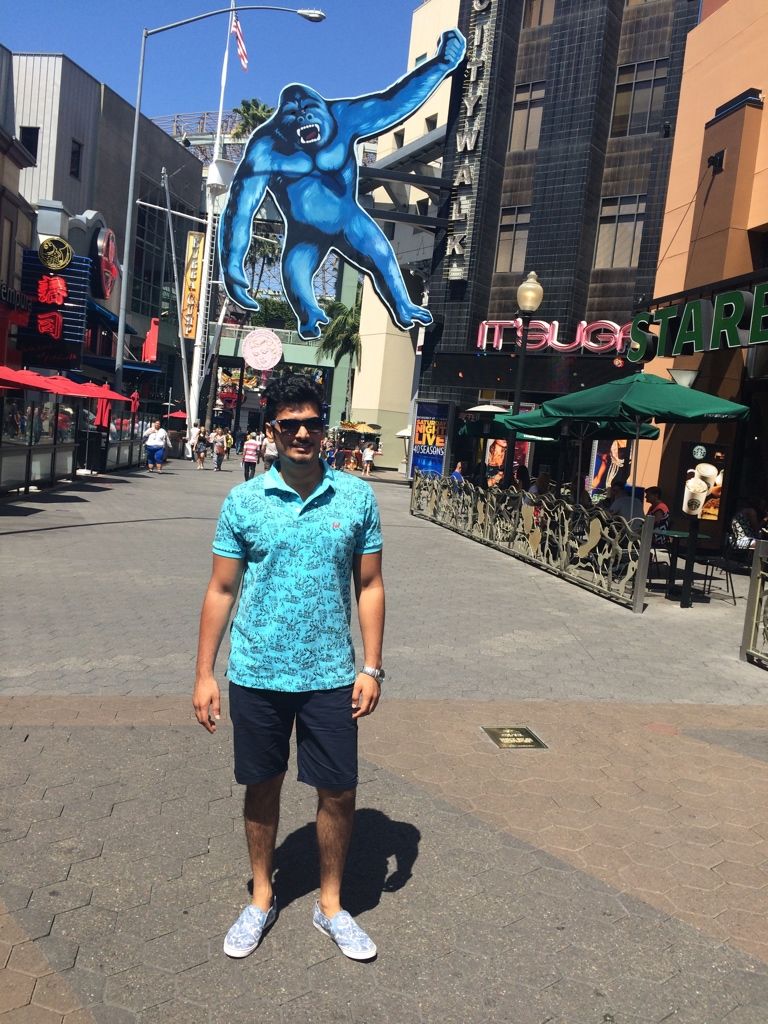 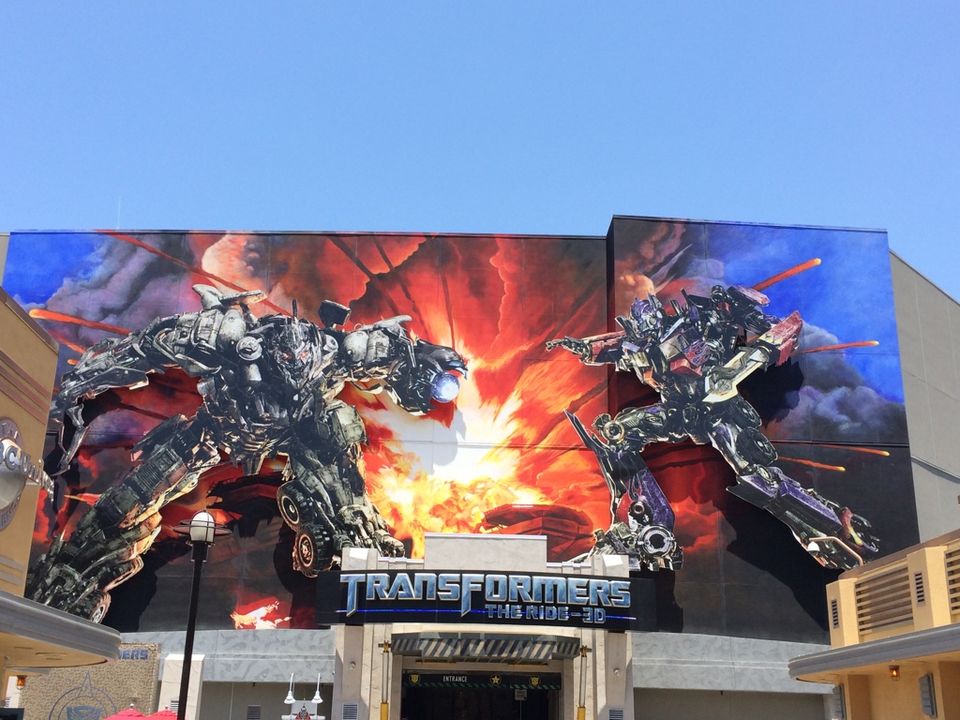 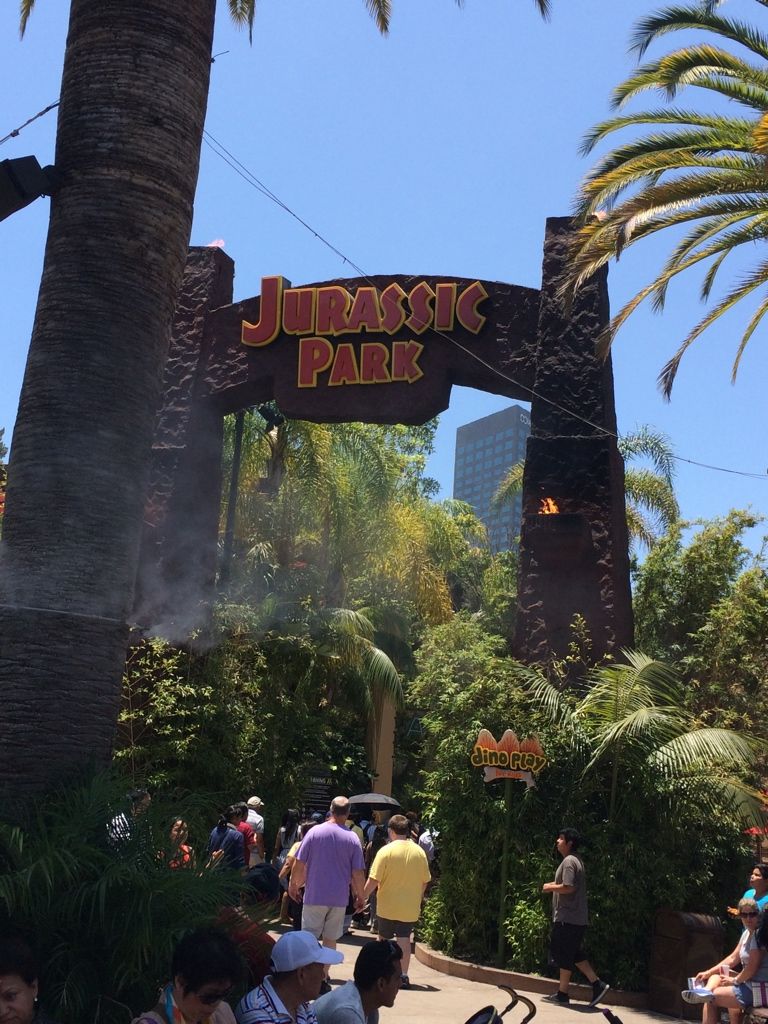 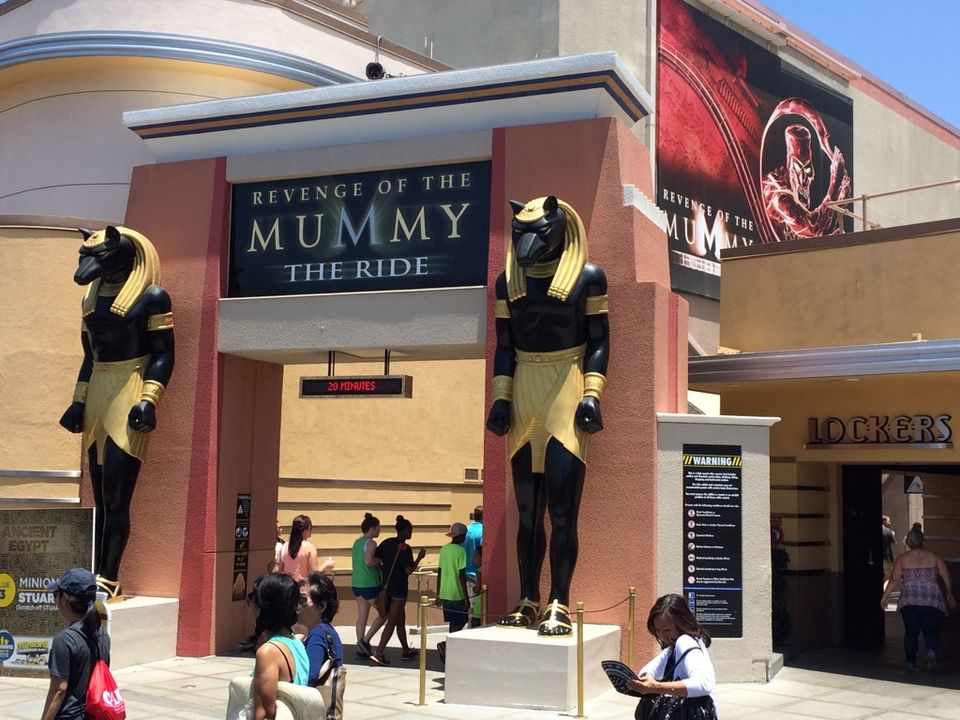 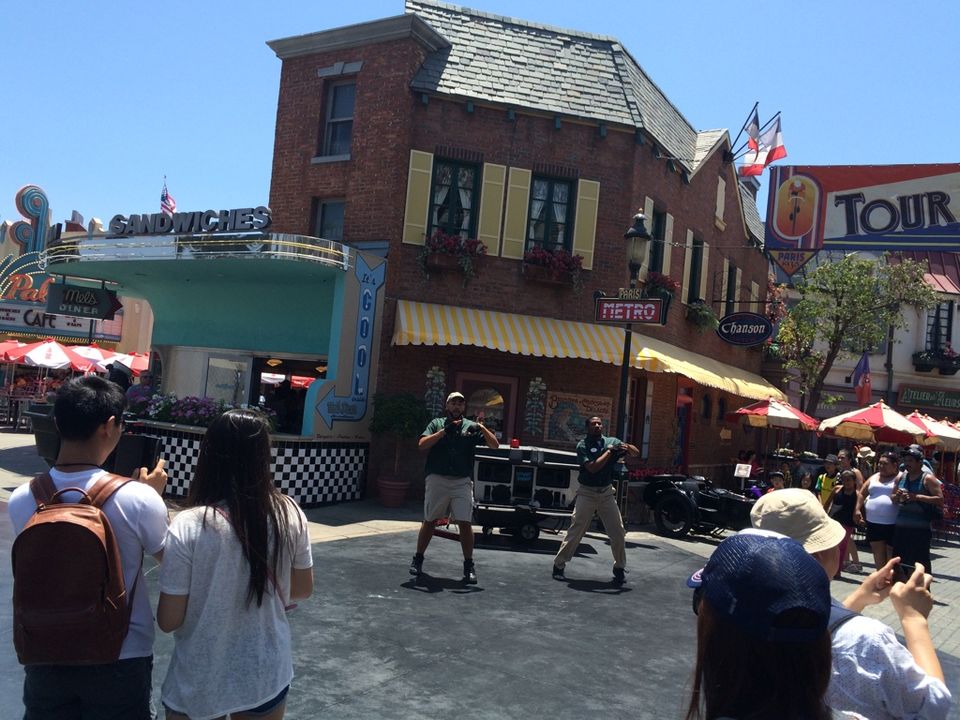 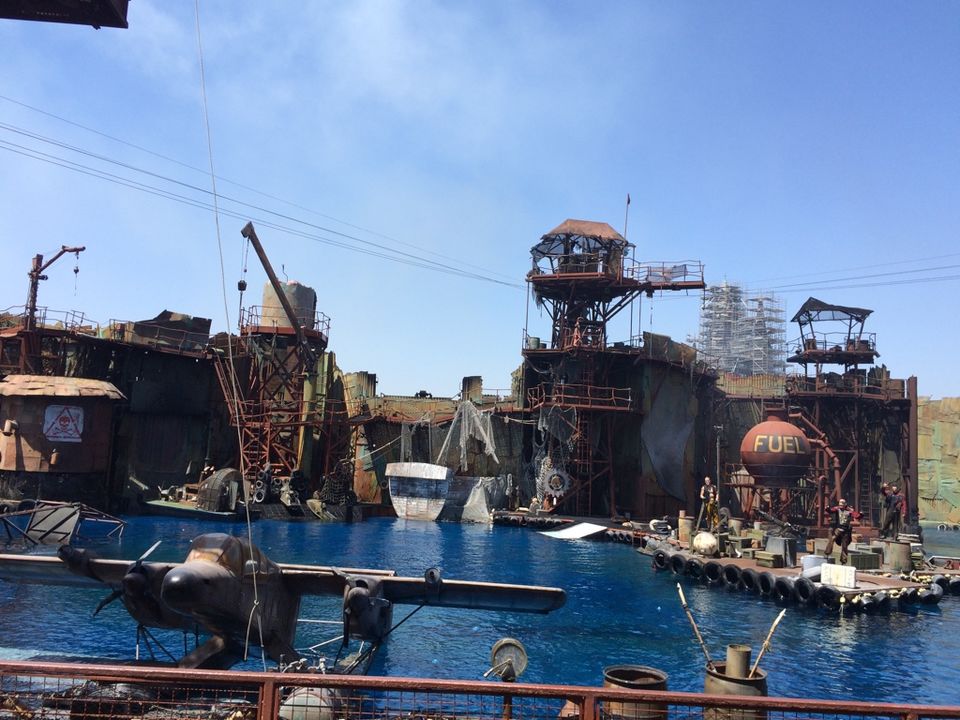 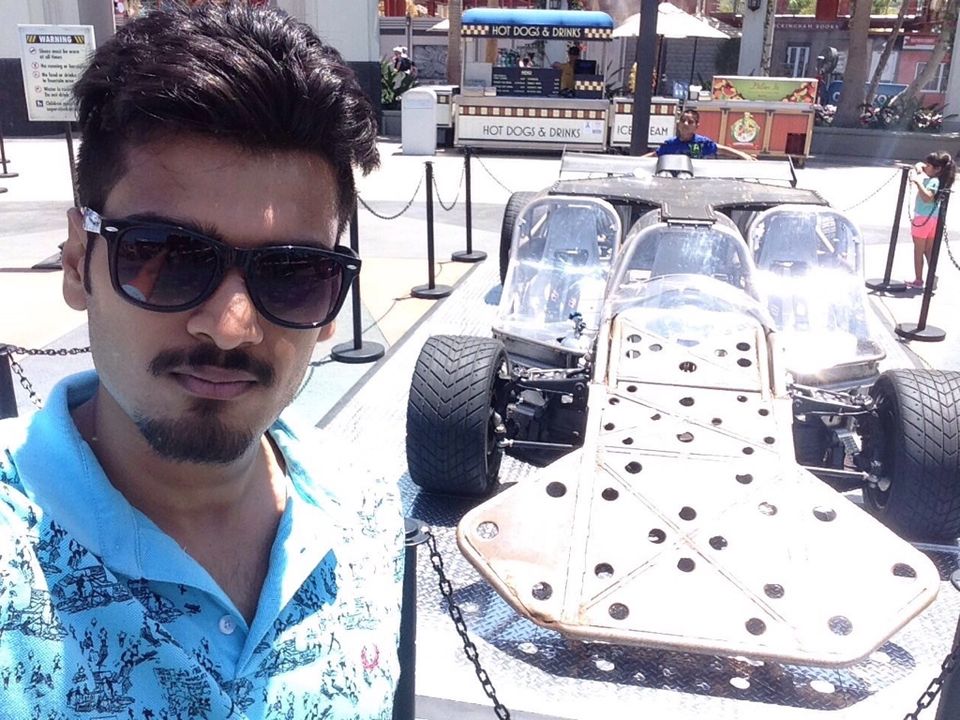 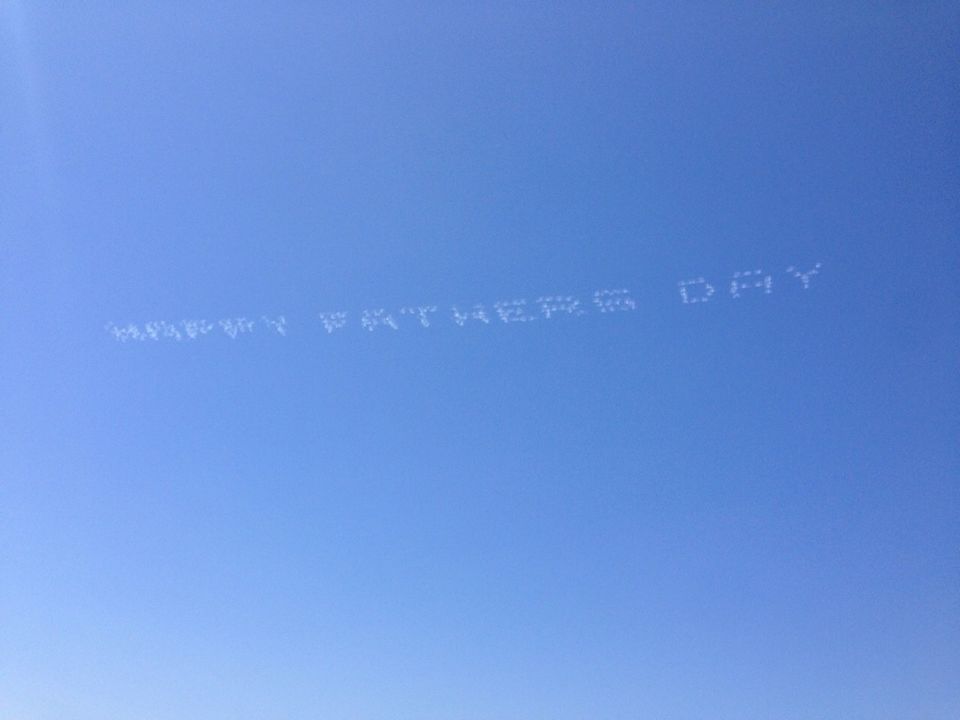 Los Angeles is  famous for a variety of destination like Hollywood sign , Beverly hills , rodeo drive etc , but the destination which tops this list is the Universal Studios. Universal Studios hollywood is a film studio and theme park and is one of the oldest and most famous hollywood film studios still in use. Spread across a massive area it offers adventure thrilled rides and other part showcases the sets for hollywood movies and tv series.

Walking through the corridor between parking and the entrance of Universal Studios this was the first sight of amazement for me .

The day was sunny and hot but there were water sprinklers all over the place which helped cool down the place. There were numerous outlets for shopping and eating/drinking. I went to the Duff for a beer to beat the heat and then stood in a queue for the 4d show The Shrek. It was a short funny movie about the Shrek with fabulous 4d effects .

I would recommend everyone to have a site map as it might become difficult to find rides because of the massive area it occupies and the upper and the lower lot that are connected by escalators. Also u might wanna opt for the priority pass to skip the queue at each ride .

Among the numerous rides the ones which blew my mind were the The Jurassic Park , The Transformers and The Revenge Of The Mummy. As soon as the gates for the jurassic park opened i knew its going to be a magical ride just like the way it opened way back in their first movie. The dinosaurs seemed so realistic that for a moment i thought they have come back to life.

Talking about realistic The Transformers was one hell of a ride . This ride made me realise how far hollywood has gone in terms of the technicality and the visual effects in the modern era. Words cant express the years of work that would have taken to complete this ride.

The Mummy was one ride that boosted the adrenaline within me . It is constructed within a dark horrifying storage  and the ride takes off at a massive speed of 70 km/hr within 2 seconds .

Apart from the rides the universal studios has its own little waterfall within and different exhibition centres where props from many of the famous movies are kept , one of them being  the time machine car from the movie Back To The Future(1985).

If you are a big fan of the Fast And Furious series like me , then all the modified cars ever used in these series are kept as it is for public display. The body designs , the cutting edge , the power engines , the roar and the beauty they have ,made me fall in love with them . It reminded me of the great actor that we have lost The Paul Walker .

Note: There is this wax statue of vin diesel with whom one can get pictures clicked.

Many street performances can also be seen at each corner in terms of singing , dancing and also funny performances. There were these two people who acted as the sweepers who can dance .They were dancing , having fun and making us laugh .

There was this show there called the WaterWorld depicting all the stunts performed by the stuntman for the actors in the film industry. The stunts were in real time and the intensity of the stunts was extremely high. The real hardwork is done by these guys putting their life in danger only to entertain us. Hats Off !! to these people.

The day i went there was the fathers day and this is the surprise we got at the Universal Studios. What a proud moment it would have been for all the fathers present there . I myself clicked a picture of this and sent it to my father .

The next part of the universal studios was the the studio tour where they have more than 50 vast closed studio sets where the actual shooting takes place. Apart from that there are exact resemblances of the european streets and also the biggest visual screen in the entire world. Their department showed us how they actually create artificial rain and the artificial flood which you can see in the video.

Also they have bought an actual boeing plane and then tear it off and have kept there to show the plane crash in many movies like the one in 2012 and War of the Worlds. They also had an artificial river where the water flow can be controlled according to the film demand. They can also turn that river into a drought land.

After seeing the studio tour i realised what we see in the movie requires a lot of perfection and for that perfection hollywood does things that no individual can think off. If someone wants to know what actually happens behind the scenes this is the place to go . Universal Studios was one of the best experience i have had in my life.

This travelogue was first published by notuntilwedie .