Have you visited WINDY ROCKS of India ? - Horsley Hills 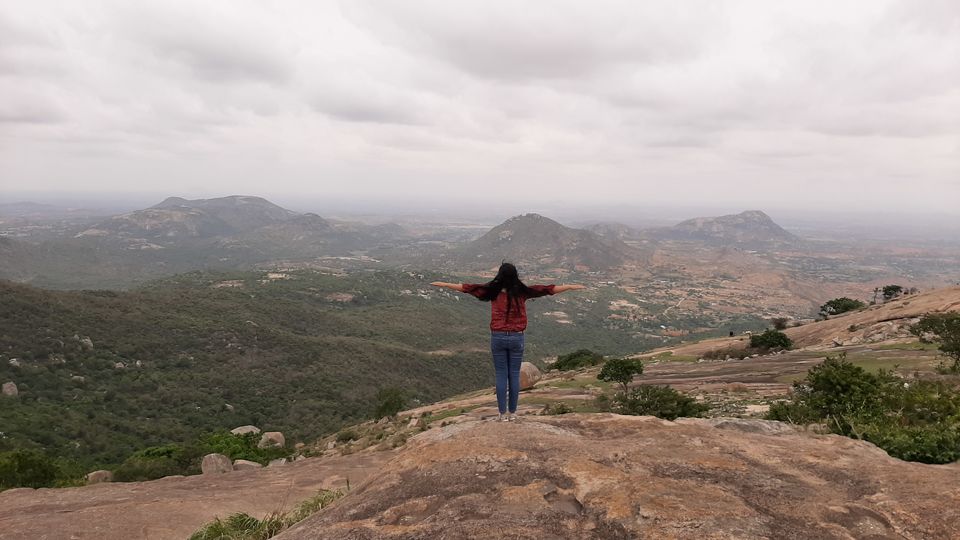 Situated at an altitude of 4,100 ft this serene hill station is named after W.D. Horsley, the British collector of Cuddapah district. Horsley had built his home here in the 1870s at Chittoor district in Andhra Pradesh

Horsley reminded me of Nandi Hills. The similarities are many - the nice drive up to the hills, the pleasant weather, and many scenic viewpoints.

It is a good place for relaxation, rejuvenation, peace of mind and so on..... 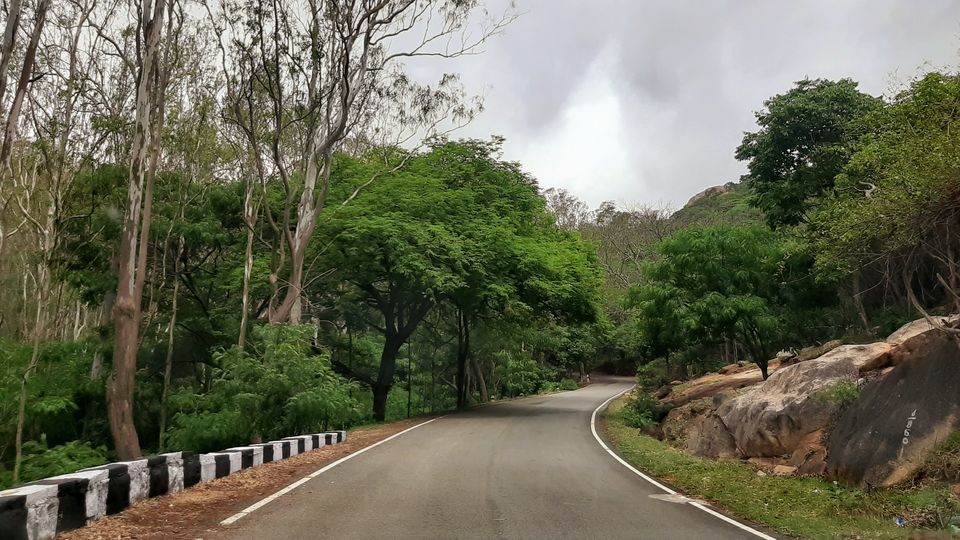 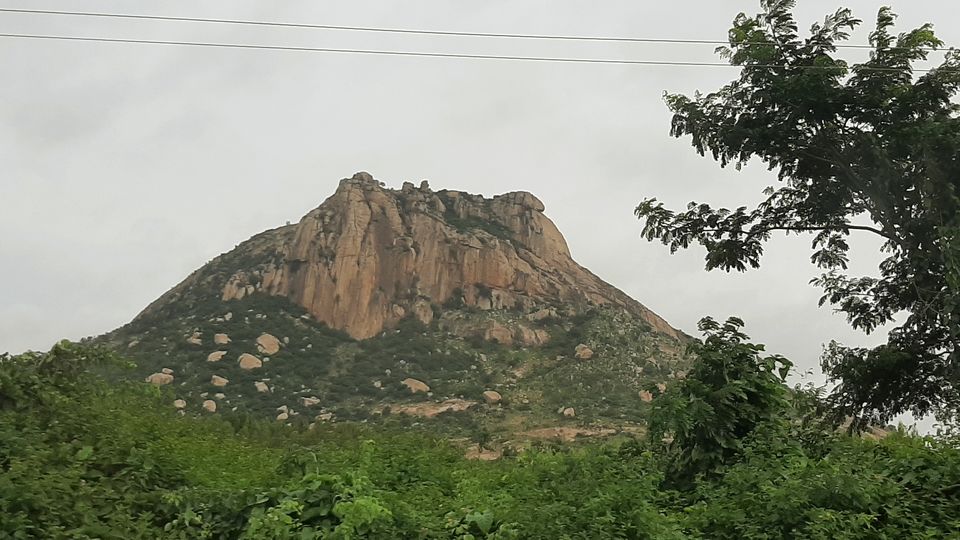 We started at 6am and reached to Gali bandalu /wind rocks around 10. We halted for breakfast during the journey. The road is as picturesque as the destination. The hill is surrounded by dense growths of eucalyptus.

We reach our 1st destination-

Gali Bandalu or Windy Rocks derives the name after the gusty winds. It is worth seeing and we did a self trek there. But all over the rocks, there are broken alcohol bottles. So just be cautious. The windy breeze would reinvigorate your soul. The gusty wind blows all the time. I have never experienced something like this before and it was amazing. You can try a windy walk at this steep rock. This is a mesmerizing place to chill out with friends and family. This is a good place to avoid the crowd. A secluded calm weekend gateway with no commercial activity. 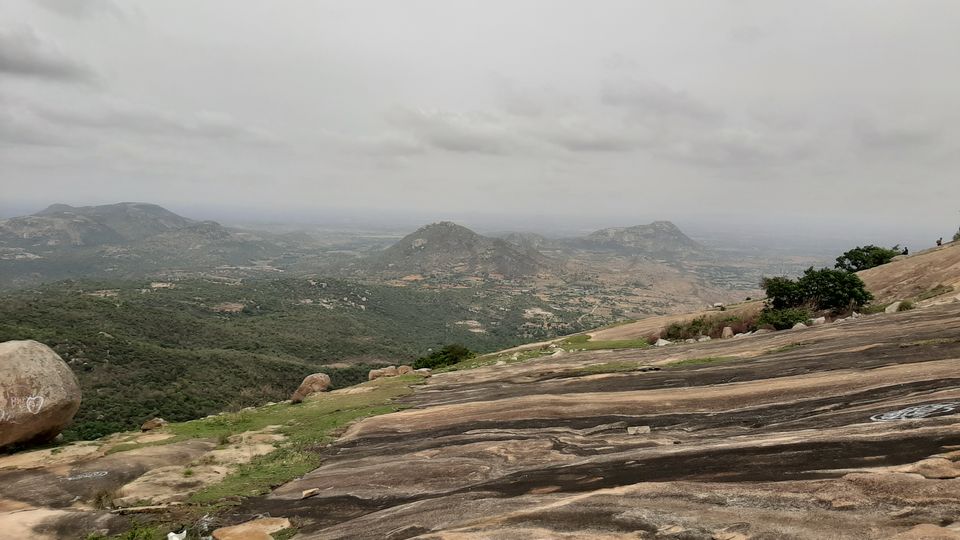 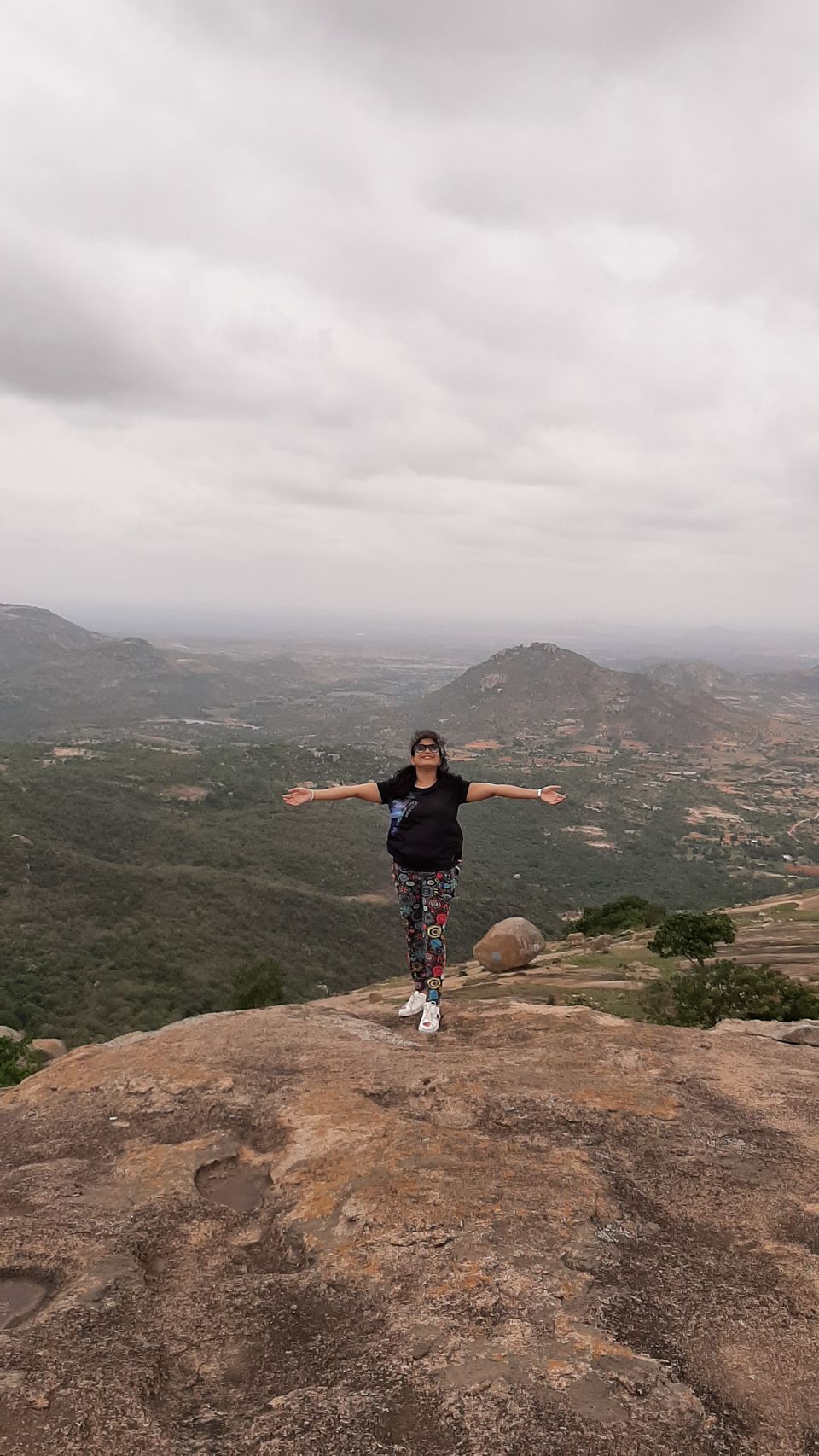 Note:- Travelers need to respect nature. There is no limitation on humans how to enjoy but it should not be at the cost of nature. I was highly disappointed by seeing broken alcohol bottles.

Another point is Horsley View Point. It just 100m from the Gali bandalu. It gives you the beautiful panorama view of the valley covered with dense forest. 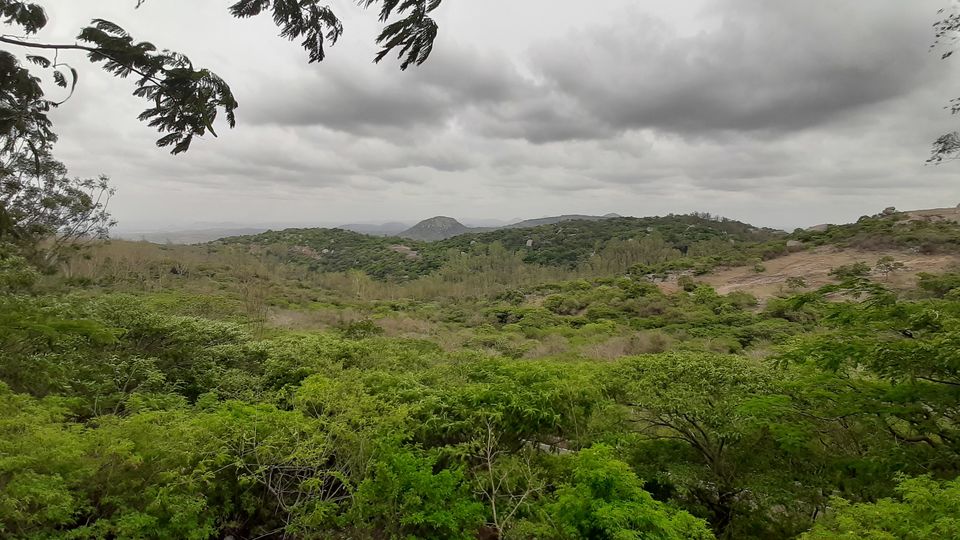 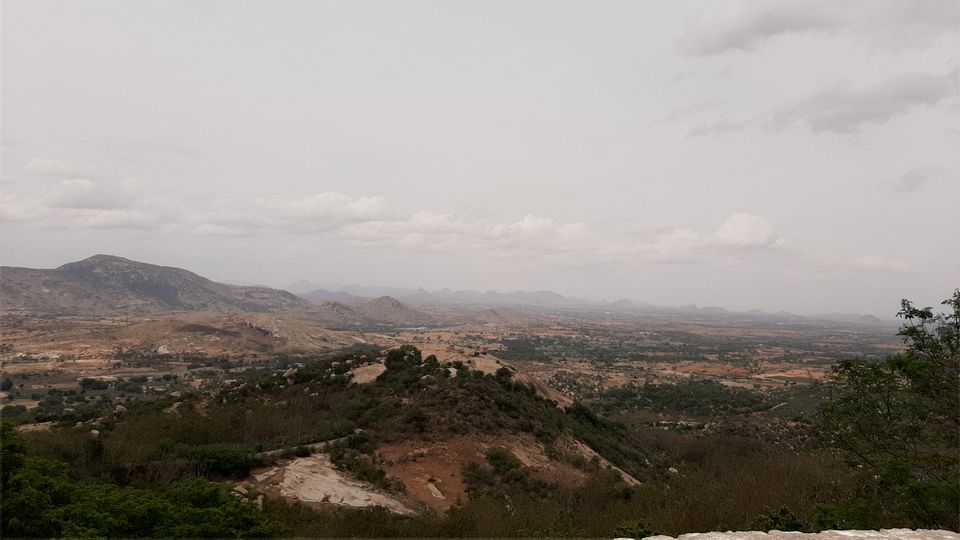 Horsley Hills Zoo - Zoo is okay but it is the best place for kids. It is a very small zoo with a few collections of animals. But the major attraction of the zoo is to feed deer from your hand. Kids are one who enjoys here most. The ticket is very cheap. 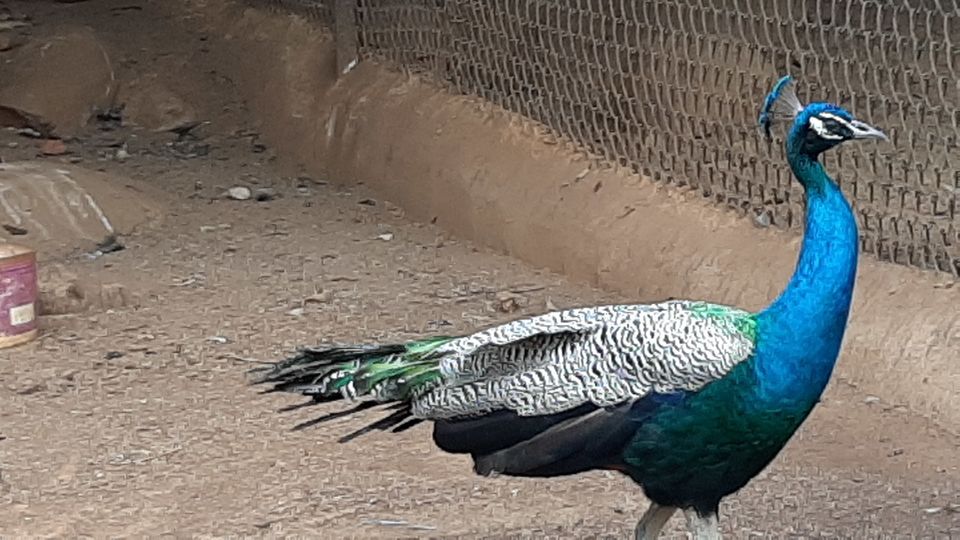 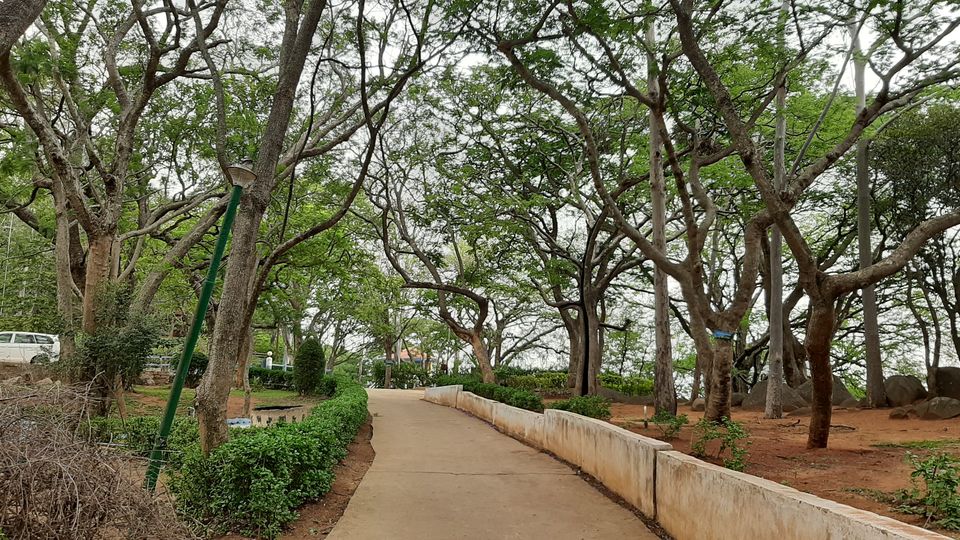 Kalyani - Eucalyptus Tree - It is a 150 years old Eucalyptus tree. It's inside the Van vihar park near the Horsley hill point.

Gangotri Lake - I could not visit this lake as it was completely dried up. May be in monsoon it might come back alive.

W.D. Horsley's house is opened as a resort by AP tourism. The rooms in the bungalow are rented out as rooms by the resort. One could spend a relaxing one night stay here. Enjoy the sunset at the Horsley hills. The food in the resort is good. The resort has a zip line and few hurdle games for kids. The resort also has its valley view which is equally amazing as the Horsley hill. 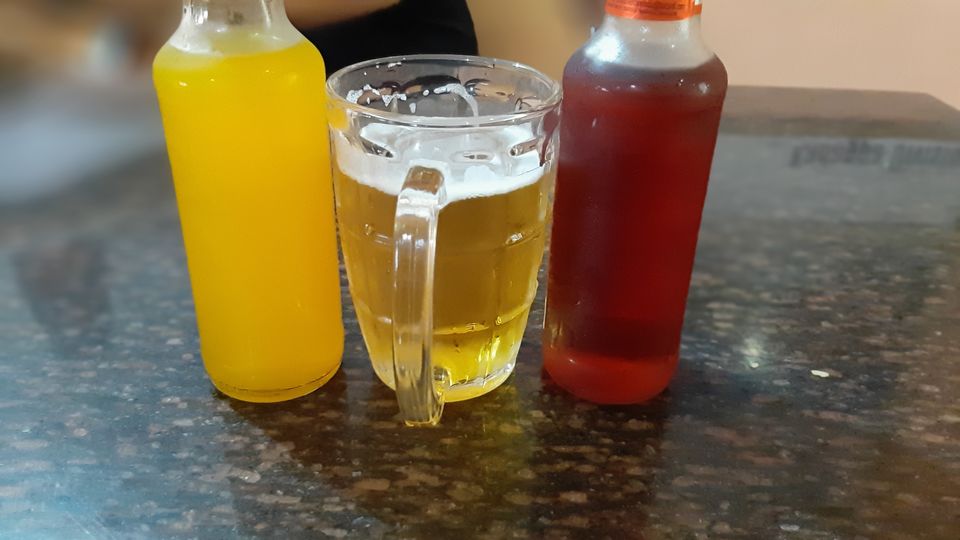 I had a great weekend visiting this place. You can spend max 1 day here as nothing much to do. At the peak of the hill, it's not at all crowded like other weekend gateways,not at all commercialized. It's a good place if you are pondering for a place which is far from the hustle-bustle of the city. 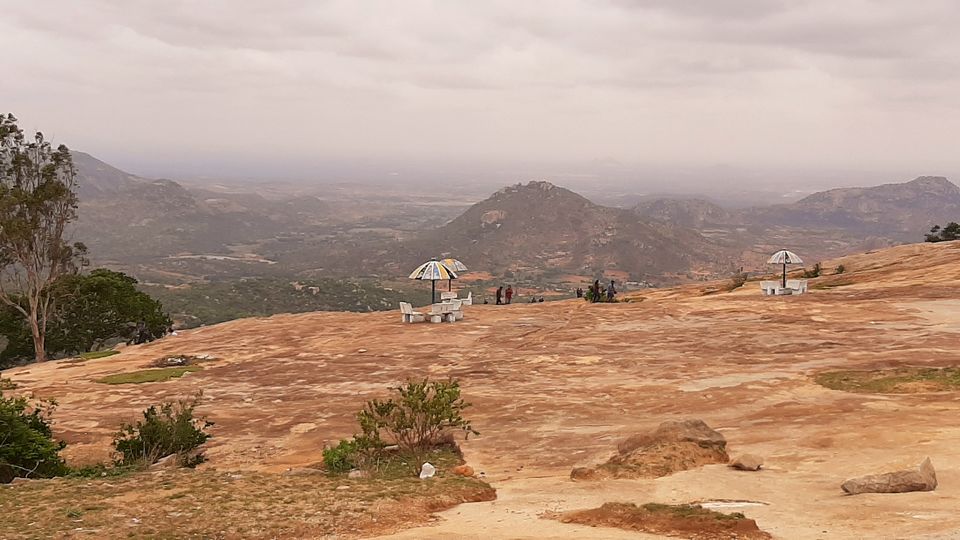