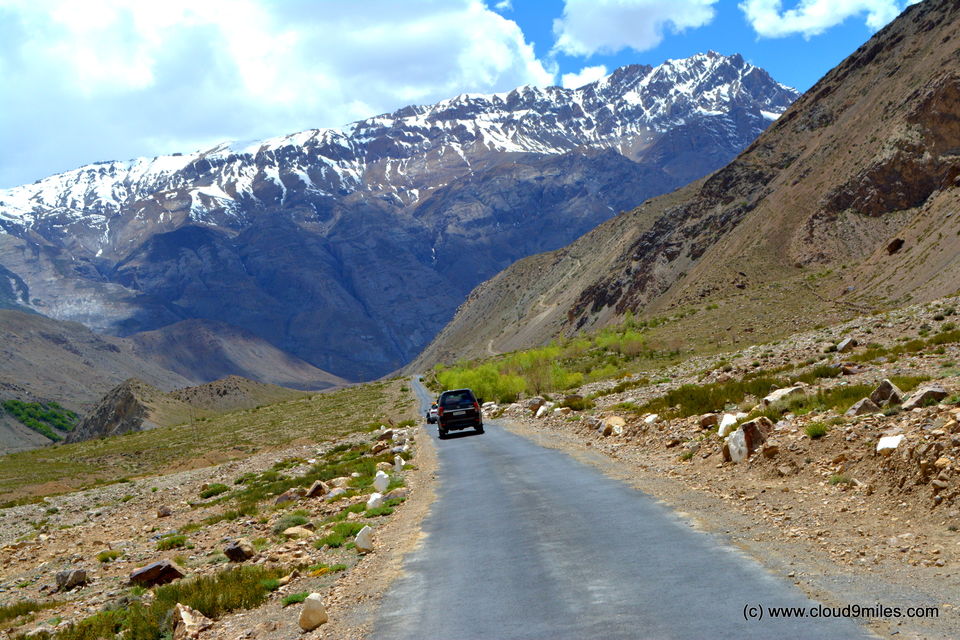 Are you bored of your monotonous day today life? Are you a road trip enthusiast craving for adventure and spirituality? Does hitting the roads runs in your blood and makes you feel upbeat? Then simply pack your bags and start your engine for a ride to Himalaya with fair amount of pre-planning like tour schedule, acclimatization, acute mountain sickness, necessity vehicle check, ATM, availability of fuel station, stay options, carrying necessary items, etc. Himalayan road expedition's in India are gateway to heaven with changing topography and divine landscape at every juncture. The journey through these terrains in itself is sightseeing. Every mountain and landscape has some untold mystery. Mesmerizing landscapes, beautiful sky, glittering stars, rivers, and surprises everywhere - That's Himalaya for you. Here we bring adventurous circuit road trips on Himalayas an adventure lover should definitely try in his/her lifetime! All these circuit trips can be taken from either ways.

One of the most incredible road trips on the circuit is from Delhi to Srinagar to Leh & return journey via Leh to Manali to Delhi. It can be done either way but the former route helps in acclimatization to higher schedule due to gradual ascent to higher altitude. Exploring Leh-Ladakh region by road is one of the top wish list of most avid travellers. It is one of the most thrilling road adventures in India as well as around the world that involves passing through some of the most highest motorable mountain passes in the world. The average elevation of the terrain is around 12,500 feet. Ladakh road trip offers spectacular view of barren mountain ranges of Great Himalayas and Karakoram with exquisite panorama. The captivating culture, monasteries, prayer bells, Buddhist populace are the other aspect of travelling to this region by road.

There are numerous high mountain passes in this route. Zoji La, Namika La, Fotu La, Chang La, Khardung La, Taglang La, Lachulung La, Nakee La, Baralacha La, &RohtangLa. Chang La &Khardung La are deviation from this route but one must complete these along with the circuit trip. The most difficult phases of the trip are Zoji La, Khardung La, & Chang La.

This is the second most sought road expedition post Ladakh that adventurers crave for. One can travel from Delhi to Shimla to Kaza and return journey via Kaza to Manali to Delhi. The route from Shimla helps in better acclimatization due to gradual ascent in altitude. It is also one of the most thrilling road adventures in India that involves passing through some of the most treacherous terrains in the world. The road to Spiti Valley commonly known as Hindustan - Tibet Highway is a destination in itself and also termed as one of the treacherous or deadliest roads of the world. The district of Lahaul-Spiti in the Indian state of Himachal Pradesh consists of the two formerly separate districts of Lahaul and Spiti. The two valleys are quite different in character. Lahaul is much greener and developed but Spiti is more barren and difficult to cross, with an average elevation of the valley floor of 4,270 m (14,009 ft). Lahaul Spiti road trip offers spectacular view of barren mountain ranges of Great Himalayas with panoramic landscapes, the captivating culture, & monasteries.

This circuit is an amalgamation of first two circuit where one can directly enter Spiti Valley while returning back from Leh thereby skipping Rohtang La & Manali. Those who want to cover this circuit can also do it either way. Nothing much to worry about acclimatization on this route as from both sides the ascend is gradual. Traveller's will get see the best of both. If you want to surrender yourself to divine Himalayas than follow this circuit. This route is not for the novice as it will test your patience level to the extreme.Also, those who have less opportunity to travel to this part of the world can plan this route.

This circuit is not flocked by many travels as compared to Ladakh & Spiti but off late it is gaining prominence due to tougher road conditions as compared to other two circuits. Sach Pass (altitude 4,420 meters) is not the highest but is considered as amongst the most challenging & toughest. This circuit covers Chamba & Pangi valley and Sach Pass is the gateway to both. A circuit road trip on this route would mean that you will be driving on a narrow badly broken dirt road with steep ascent, through numerous water streams with some of them quite deep. Also, there are several waterfalls on the way, falling right on the road& snow walls at some stretch of the journey. Landslides and slush is very common with gravels spread across the way. An adrenaline pumped adventure or off-roading for the high octane lovers.This route passes through beautiful Pangi Valley which is one of the most remote areas in Himachal Pradesh.

Please note that the circuit gets completed by travelling through the route highlighted in red. The roads might be closed as of now due to which Google Map is not suggesting the same route.

Once again we can amalgamate two of the toughest routes and complete a circuit that could possibly be the toughest; where one can enter Spiti Valley or Pangi Valley depending upon the start of your journey instead of returning via Rohtang La & Manali. This circuit will challenge your skills & patience to the core but in the end will leave you with unforgettable memories and tales of adventurous fun.

Please note that the circuit gets completed by travelling through the route highlighted in red. The roads might be closed as of now due to which Google Map is not suggesting the same route.