How to do Spiti Valley Circuit : Shimla-Spiti-Manali

SPITI VALLEY: No place for men, Gods must have lived here 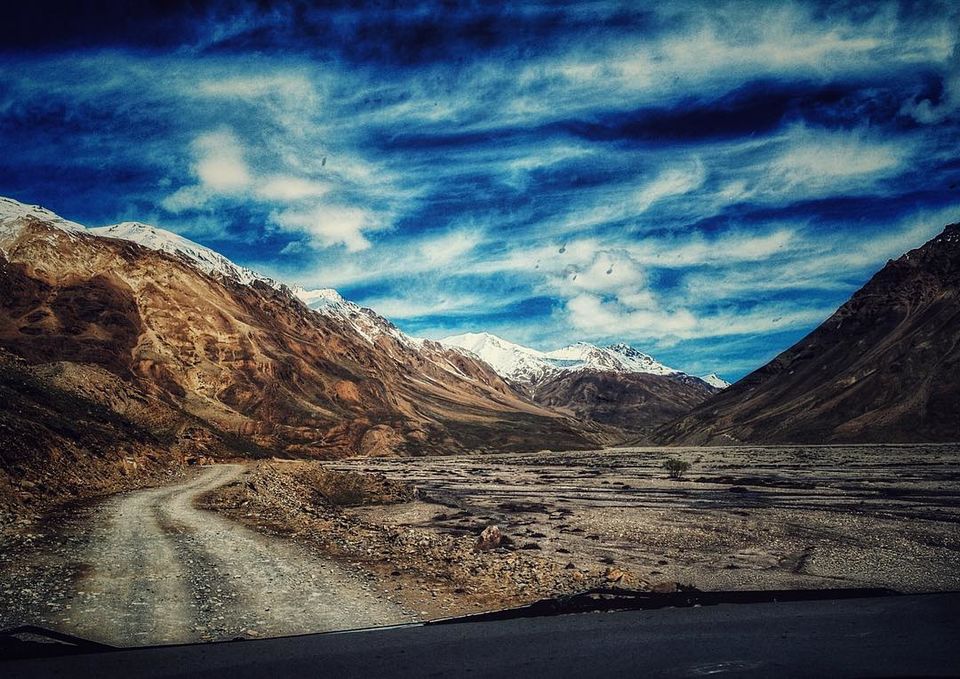 Spiti or "the middle land" is the land between India and Tibet. It is not a place rather it is an experience in itself. Situated in Himachal Pradesh, India this place is surrounded by mountains and remains cut off for most part of the year due to heavy snowfall. Together with Lahaul valley it forms Lahaul-Spiti district.

How to reach Spiti Valley

There are two routes for a Spiti Valley road trip.

1. Via Shimla - This route generally remains open throughout the year and you enter Spiti valley from Kinnaur district of Himachal Pradesh. Kaza, which is sub-divisional headquarter of Spiti valley is around 430km from Shimla. While going from Shimla many major places of this region like Reckonpeo-Kalpa-Sangla-Chitkul-Nako-Tabo-Dhankar-Pin valley falls en route.

2. Via Manali - This route generally remains after the snow is cleared which is usually after May. Road from Gramphoo to Batal is mostly pathetic with numerous water crossing and at few places full of stones specially are around chota dharra. Manali to Kaza is nearly around 220 Kms. But one just cannot afford to miss Chandratal lake. It's a must visit for everyone who is going to that region.

Find below our Spiti itinerary - 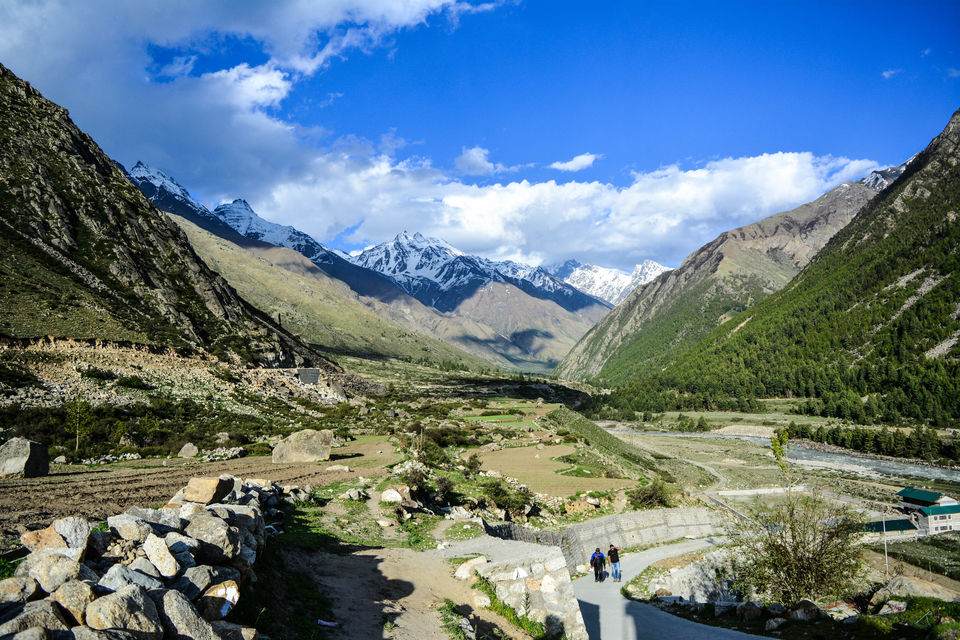 We started early morning around 7:00 AM from Shimla and then going via Sarahan, Reckong peo we went to Sangla. We crossed Sangla in order to go to Chitkul which is about 20 Kms and one of the amazing places to start with. Its the last inhabited village near Indo-China border. After spending some we came back to Sangla Nako is famous for its lake and monastery. We did a small hike upto the hill top about 2 kms where there was a prayer wheel. Nako lake is surrounded by willow and poplar trees. Our hotel had a lovely view of lake in front of us. 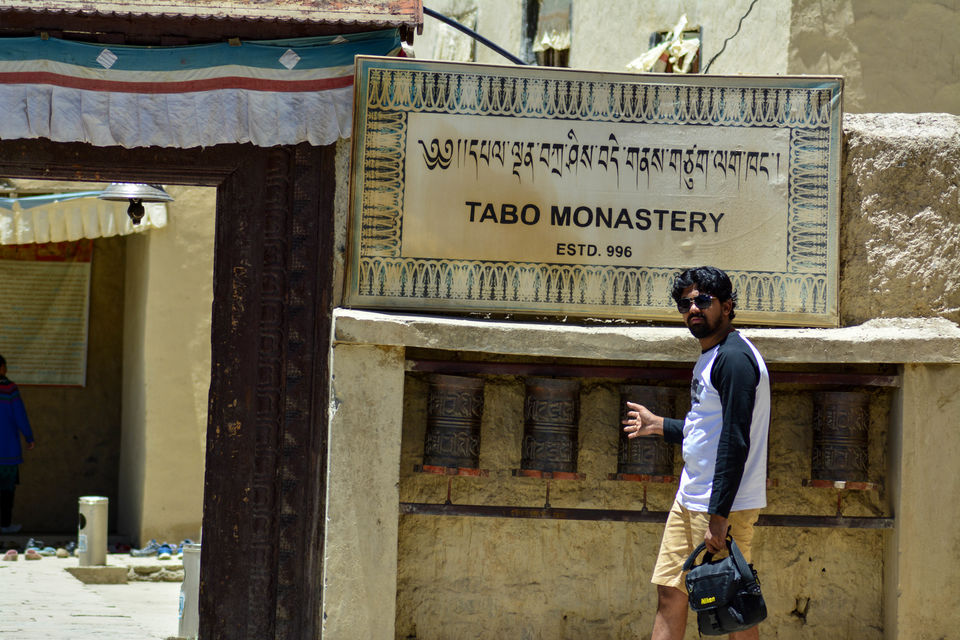 Tabo monastery was founded in 996 CE. This monastery is known to be the oldest continuously operating Buddhist monastery. 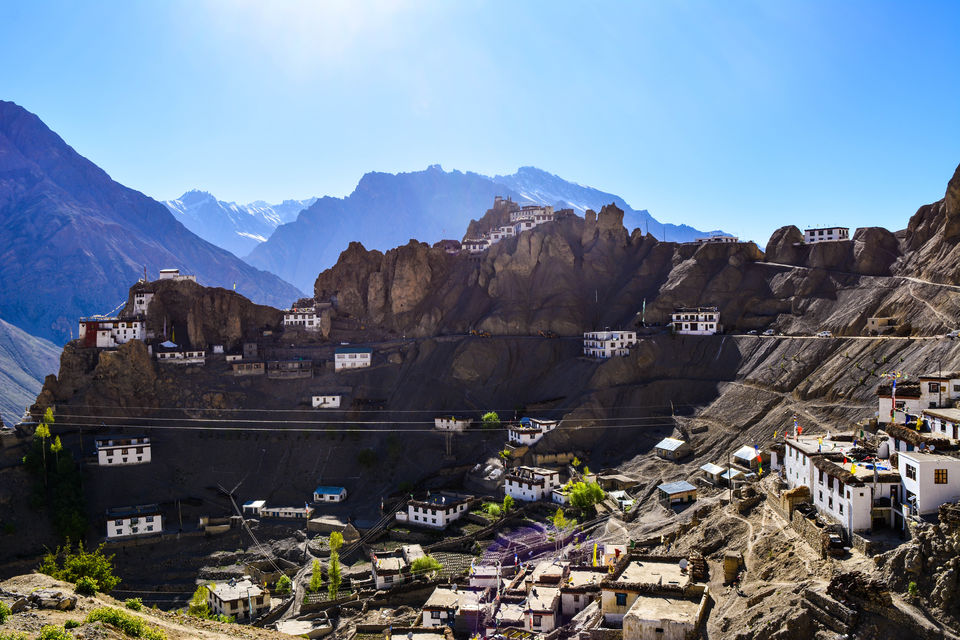 Trek to Dhankar lake which is approx 2 kms from monastery is a straight uphill hike. 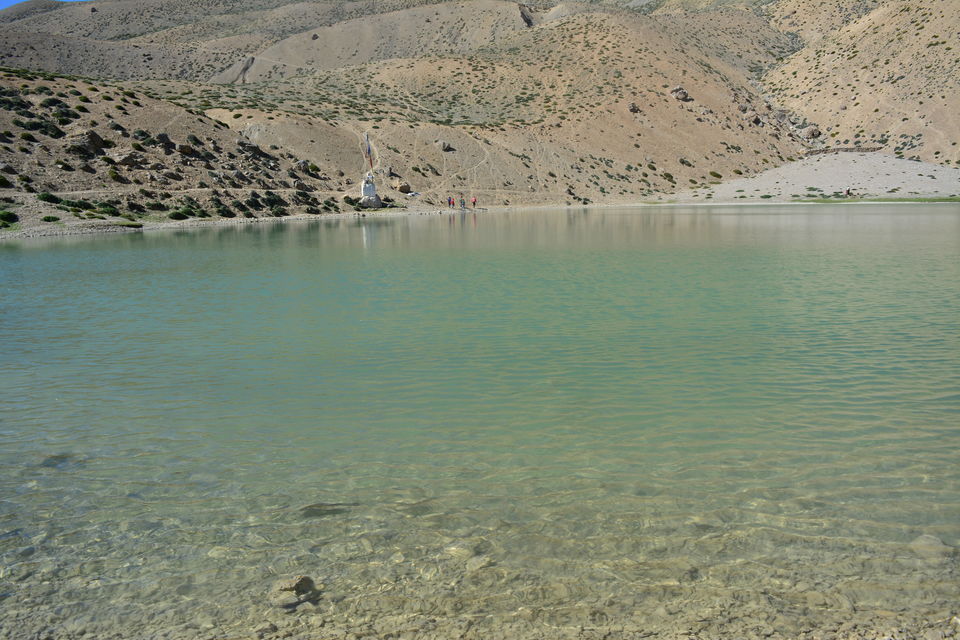 Mostly a barren land while trekking but a splendid view en-route to lake. After this trek we went to Kaza, the headquarter of Spiti valley. 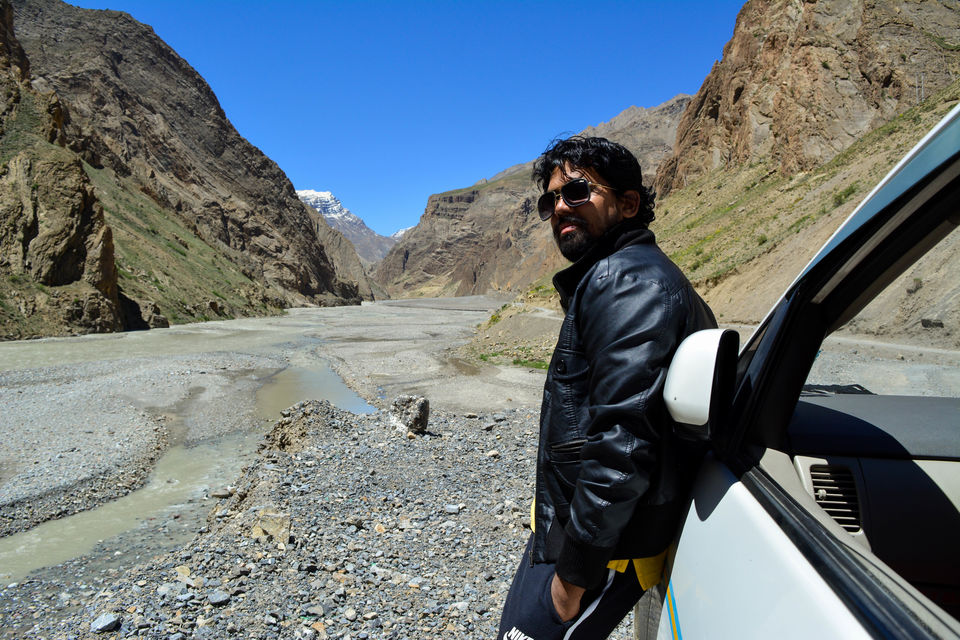 Pin valley is a place where Pin River meets Spiti river. Mountains here have different textures and colors. It is a cold desert. Snow leopards are found in this region during winters. 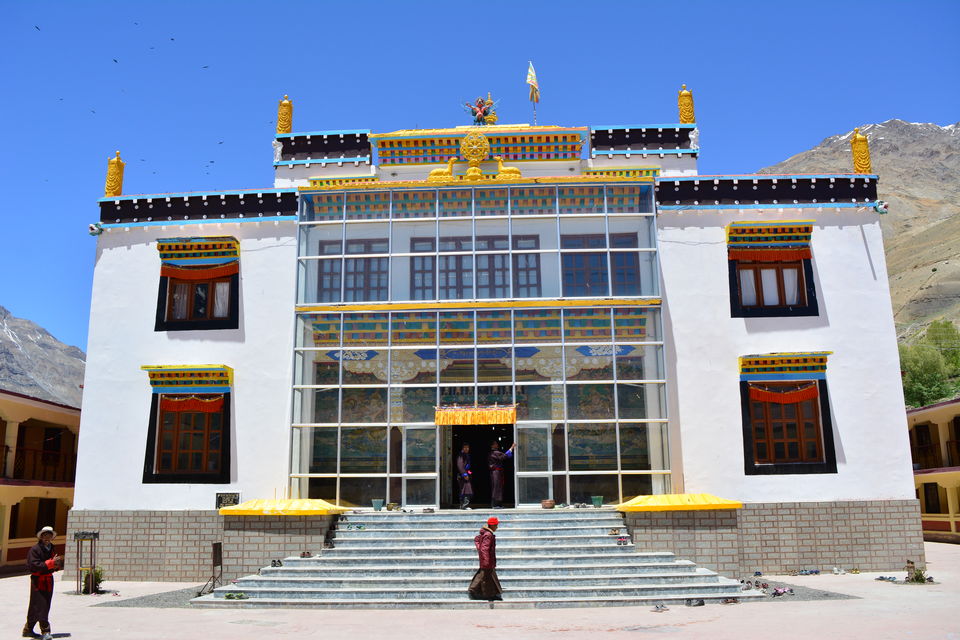 On our way we went to Kungri monastery as well. 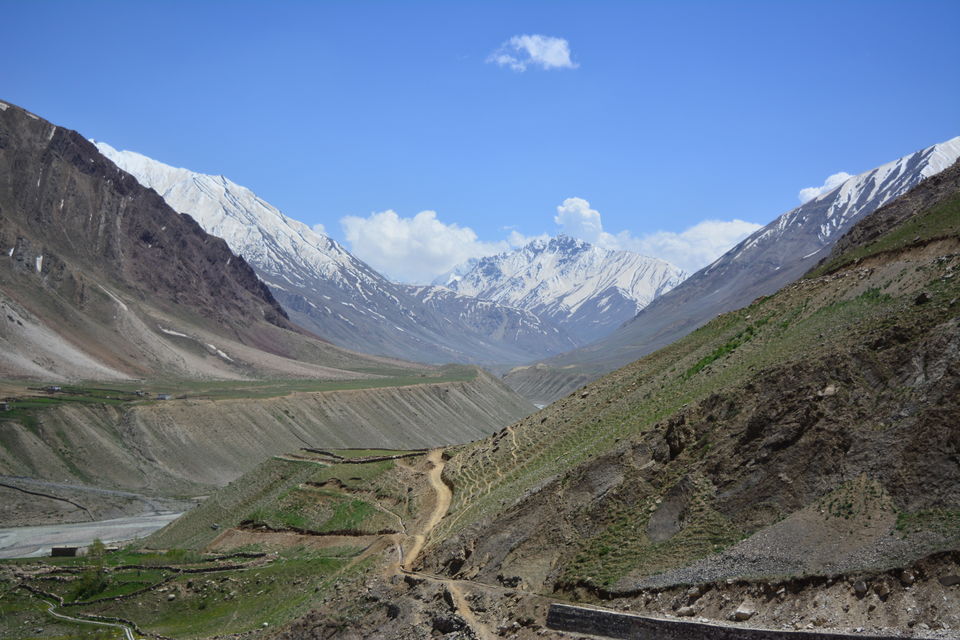 Our next and final destination for the day was Mud village. One of the picturesque village I have been to. From here Pin- Parvati trek starts. Road is not accessible after this village. Tara guest house offers amazing food here. 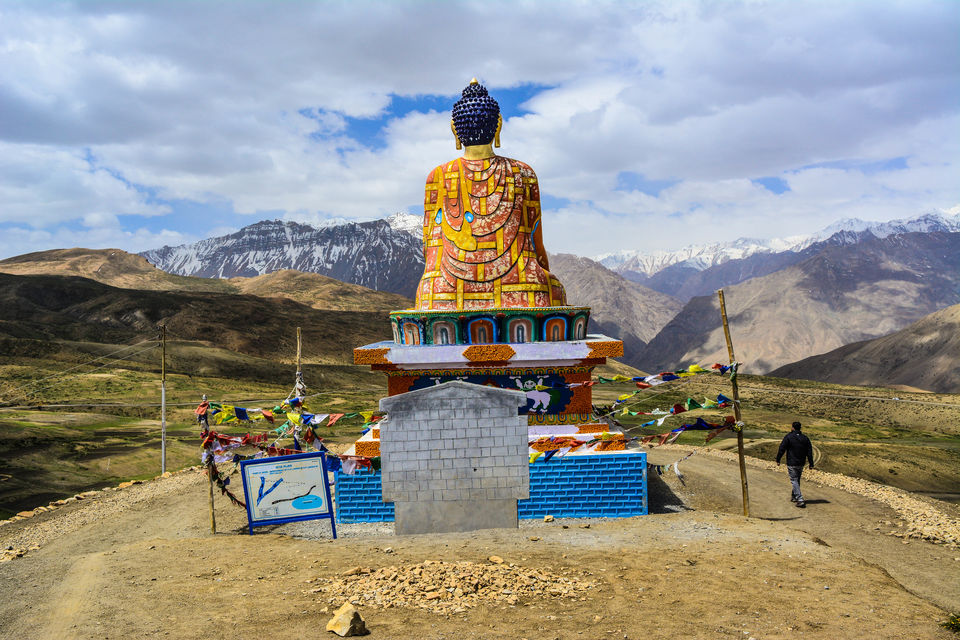 Langza is at an altitude of about 4300mtr. It is best known for fossils of marine animals and plants. There is a Lord Buddha statue over there which looks after the valley like an eye of the tiger. 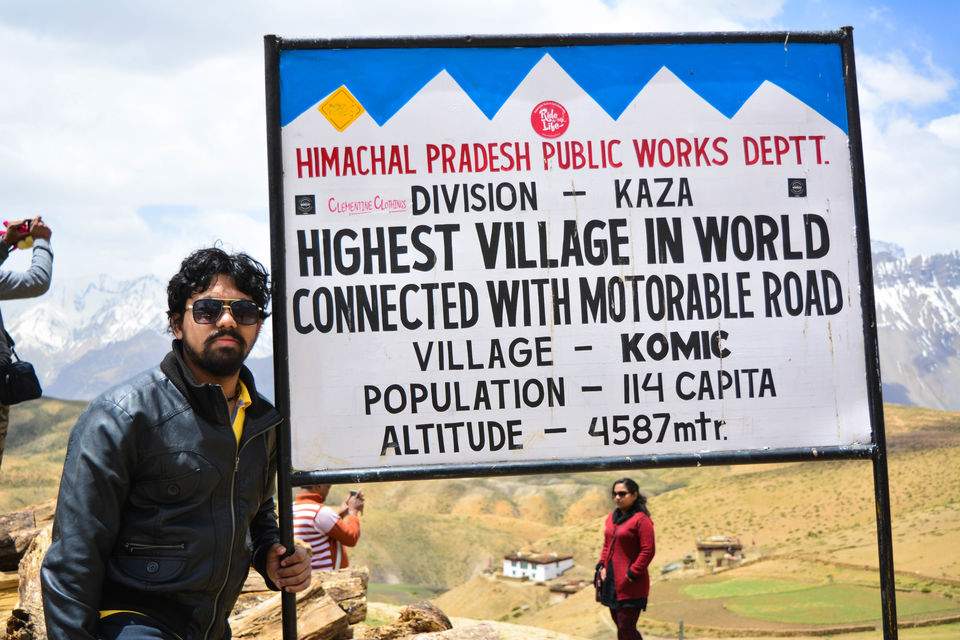 Komic is the highest village in the World connected with motorable road. It is situated above 15000ft. Nested in between hills and mountain there are roughly about 13-14 houses.

Been here did that. Hikkim: World's highest post office 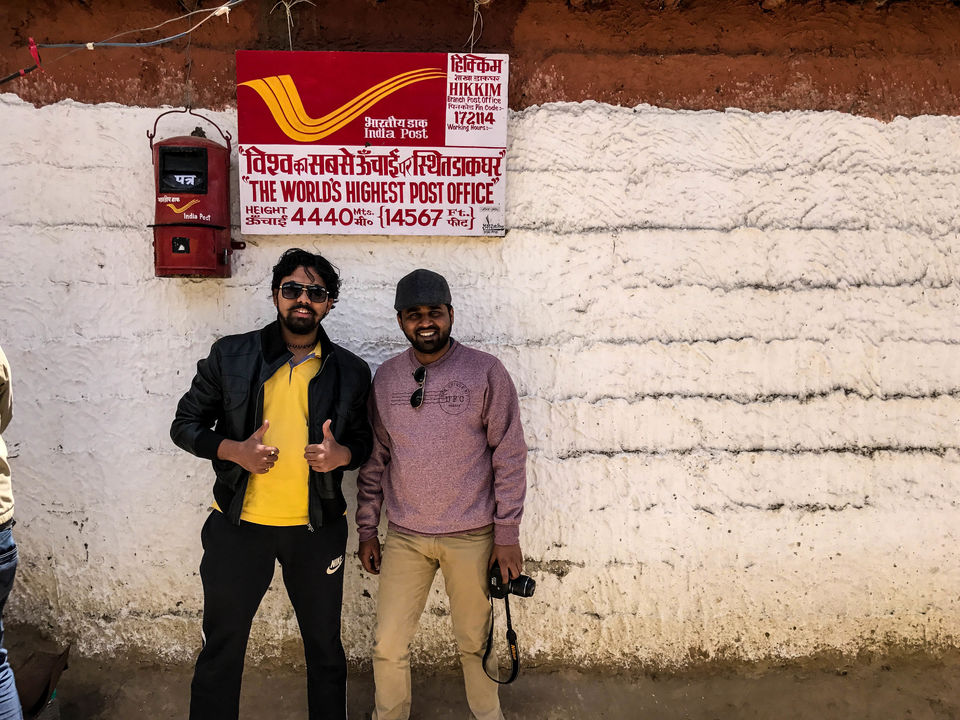 Hikkim is famous for having World's highest Post office at an height of 4440mtr. One can actually send post cards to their loved ones from here.

Key monastery is situated at around 4100mtr above sea level. It was founded by Dromton, one of the students of teacher, Atisha. Being situated on hill top, it gives the most amazing view of Spiti valley and it is one of the famous monastery of this valley.

Kibber it is baby 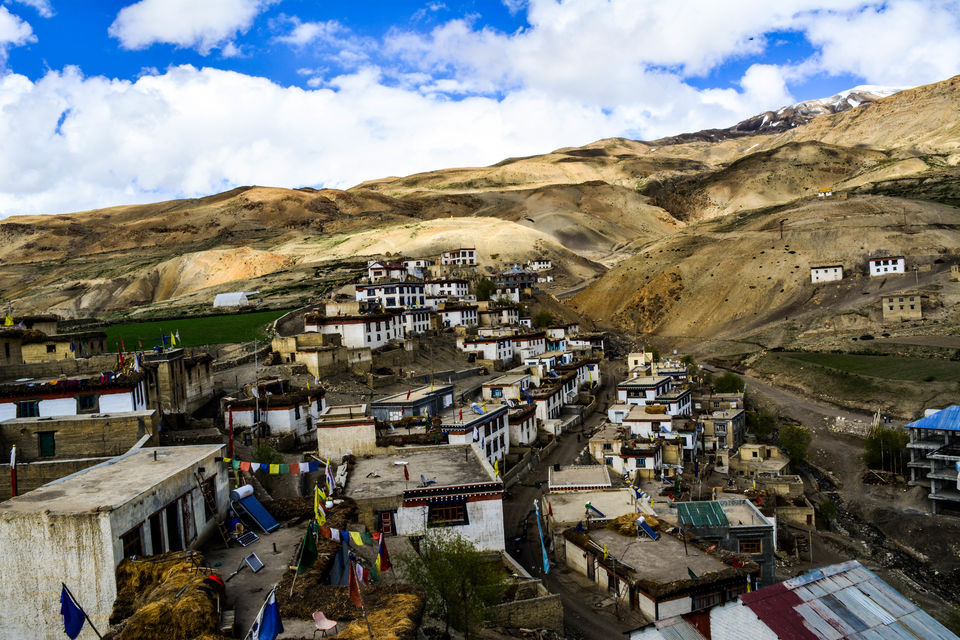 Kibber is situated at a height of around 4270mtr. Before Komic it used to be the highest motorable village in Asia.

We started early around 05:30AM from Kibber and came back to Kaza and from there on we continued our journey to Kunzum la and Chandratal lake. We saw breathtaking view on our journey from Kaza to Losar. 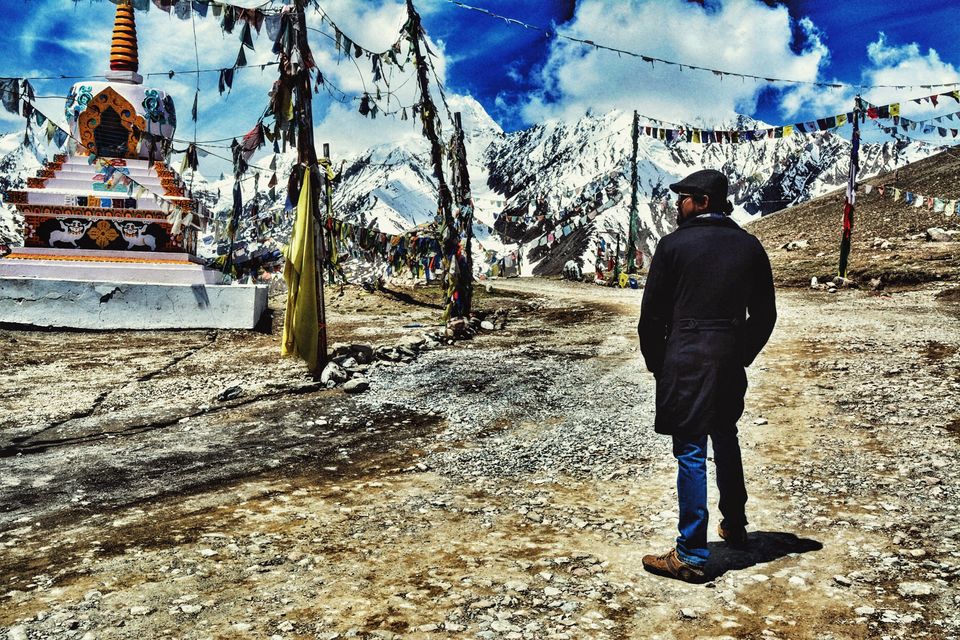 Kunzum pass is at a height of 4590mtr. Goddess Kunzum temple is situated at this pass. One can watch the amazing view of Bara Sigri glacier, the second longest glacier of the World from here. 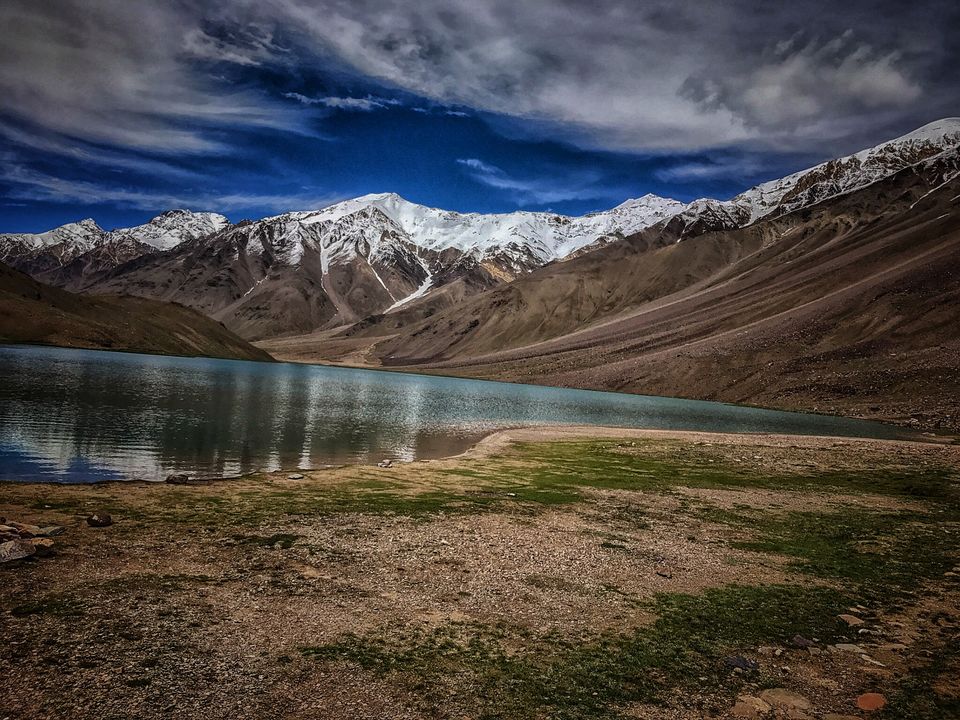 Chandratal was an like an ocean of blue water. Chandratal got its name because of its crescent shape and rightly so. It is situated at a height of 4300mtr.

Snowfall for the first 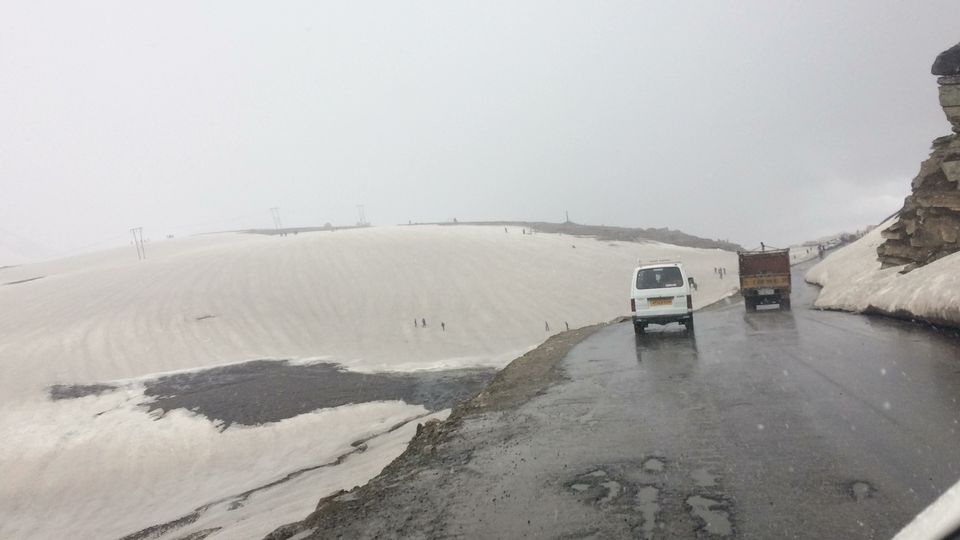 Road from Gramphoo to Batal was horrible with stones, and number of water crossings.

Finally our trip to Spiti Valley ended on a high note with snowfall. We reached Manali and checked into a hotel for couple of hours. We took a bus for Chandigarh and its over.

I still cannot forget Spiti. For me it will always be an experience rather than a place and surely I will be visiting it soon just to find the piece of me which I left there.