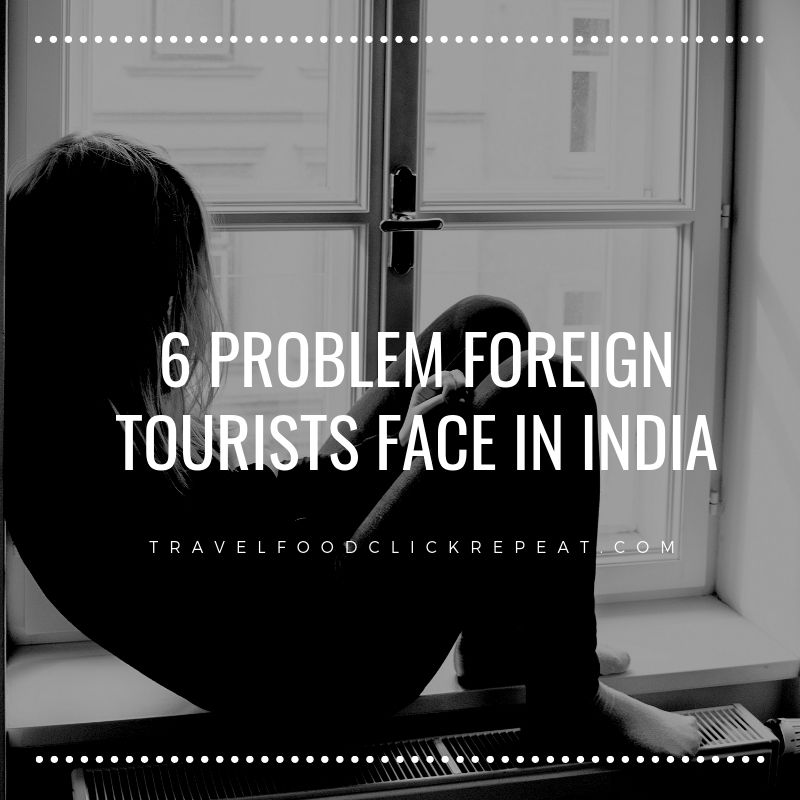 This post is all about the general problems that the foreign tourists face in India.

When foreign tourists visit India, they have to face many problems. I am also an Indian, it's not that I don't like my country or I am against it, not at all. It's just that Indian people should know that what are the general problems that foreign tourists face in India. So that together we can solve these problems and improve the situation for the collective good.

Here, I am sharing with you the 6 problems that foreign tourists n face in India:

The language barrier is the biggest concern for a traveler to visit a particular country. Though in India, English is a widely spoken language, but it's the accent that changes the whole game of communication. Indians usually fail to follow the accent of the foreign tourist.

Also, sometimes foreign tourists are not able to understand the English while having a conversation with the locals due to lack of ability to communicate properly, the impact of regional accent, grammatical mistake etc. by locals.

Google Translate or iTranslate are the two applications, use of which can to the extent help you overcome the problem of the language barrier in India.

Also Read: 9 Apps You Should Have while Traveling

Where can I find Hygiene

In a country where the Prime Minister has to tell people that all should use restrooms for fecal matter instead of the surrounding, what else you can expect. However, youth in India is quite aware of this issue and also working for the good of society quite seriously. But, still, a lot of work needs to be done in this regard.

A lot of activities and approaches have required that focus on influencing people to change their behavior regarding the cleanliness of their surrounding. One should not expect a sudden change among the people about this, but with constant efforts, the behavior will change eventually.

The Sea of Crowd

Have you ever imagine, how its look likes to live in a country where more than 18% of the world population is living on only 2.41% land area of the world? Well, you can experience the same by coming to India. On a serious note, it is one of the biggest problems India is facing right now.

Extreme overpopulation is the problem that will affect you a bit when you are traveling and exploring the places. Especially, on weekends or national holidays, when a lot of people go to visit different places.

You can avoid this by visiting the place in the offseason or on the weekdays when there is comparatively less crowd.

Also Read: 7 Tips on Traveling | So that you can enjoy your vacation more

1. Honk when you either have to turn right or left,

2. Honk when you see a person on the street,

3. Honk when you are behind any vehicle,

5. Honk if you want to overtake a vehicle,

6. Honk if you are breaking a red light,

8. Honk if no one else is honking,

9. Notwithstanding anything contained above, Just honk if you want to.

For tourists who come from the country where there is less or no honking at all, excessive honking in India creates a big trouble for them. Here, don't know why, but people don't treat honking as a noise pollution. Indians should not be allowed to honk causeless, continuously, or excessive.

In India, people, in general, think that all the foreign tourists are rich. And also, in some places, you will get a celebrity kind of treatment. As a foreigner, do you want the attention of the general people around you, then come to India, it's a perfect place for you.

2. Can I take a Picture or Selfie with you?

In fact, in most of the places, locals are going to charge you more money for the same stuff. One way to avoid this is to have an Indian friend (not an agent) who will do all the deals for you. Though this can't be done in some cases like entrance fees or hotel bookings where they have separate rate list. This can work well when you go to restaurants, street food vendors, talk to the locals, advice on where to go and many more. It can save you a hell lot of money. I do know it works because some of my friends from USA and Australia are already doing it.

This problem is quite related to the above one. Generally with celebrity attention, comes some trouble too. Normally, media and others keep eyes on you 24*7, they want to know everything about you. In the same way, if you are a foreign tourist, in India just think yourself like a celebrity and the locals as the media.

Though we are good at hospitality and know to respect our guests in the country still, foreign tourists are facing this problem, especially in rural areas a lot. I asked some of my friends, How it feels like when people gaze at you in India? They told me the following answers:

1. It feels like that we have done something wrong.

4. It feels like something is wrong with us and much more.

Shubham Don't Stare at the Foreign Tourists, Shubham understand that they are also a human, and just trying to visit a great country, Shubham is a Good Guy, Be Like Shubham ~ Shubham Jain