Cooch Behar is a small town located in Northern part of West Bengal which was once a princely state and is now a home to numerous scenic locations that you may have never heard of but are worth a visit. The nearest railway station is that of New Jalpaiguri and the nearest airport is Bagdogra both of which are very well connected with the rest of the country. From these places the rest of the journey can be continued approximately in 4 hours  by road.

Here's a list of the reasons why you should locate this small town on the map and plan your itinerary to this corner of West Bengal.

This town was once a princely state ruled by the Koch Dynasty who are an indigenous tribe to this part of Bengal. Surrounded by the states of Assam and the Country of Bhutan, this place was once a dominant ruling kingdom and a centre for strategic political activity. For the ones who do not know the last queen of Jaipur, Maharani Gayatri Devi was a princess of this kingdom. It was only in 1950 that Cooch Behar was added in the Indian Union and became a district in the state of West Bengal in independent India. The grandeur of this monument is simply breathtaking, this palace was constructed by the king of Cooch Behar Maharaja Nripendra Narayan. It's built on the outlines of the Buckingham Palace, London and is a remarkable example of the classical Western style of architecture which was prevalent in most parts of British dominated Bengal. Most of the parts inside this palace has been turned into a museum and houses all the artefacts and belongings of the royal family. The entire palace is beautifully surrounded by greenery and the view is more than just scenic. There are many temples in and around this place, but the most visited and famous of all of them is the Madan Mohan Temple, which is a beautiful white structure that is a home to many Hindu deities apart from Lord Krishna, also known as Madan Mohan. Just opposite to this temple is the lake called Bairagi Dighi which is also worth a visit. Visit this place to feel the tranquillity and spiritual presence. Apart from this there are other temples such as Baneswar Temple dedicated to Lord Shiva, Ardhanariswar Temple, Madhupur Dham Temple etc. Some of these temples are ancient and are worth a visit due to their simplistic but elegant architecture. Water bodies are always pleasant to watch. This little town could also be named as a town of lakes, that only accentuate the beauty of this place. The lakes are known as "Dighi" and therefore their names always end with a dighi such as Sagar Dighi, Lamba Dighi, Bairagi Dighi, Lal Dighi etc. These lakes become home to many migratory birds during the winter and  is thus a pleasant sight to watch. The Raas or Raash festival or the mela is the main festival celebrated in Cooch Behar this festival is of historical significance and  is celebrated in honor of Lord Krishna and Radha in the month of December with utmost grandiose. There's a Yatra (procession) that is held which is somewhat similar to the Rath Yatra in Orissa, but instead of a Rath (Chariot) it's a chakra ( A cylindrical structure made of bamboo and decorative paper and other stuffs) that is taken around the town. It is said that this chakra is prepared and decorated by Muslims and therefore marks fraternity and secularism in the town. This festival is worth experiencing because of the colour, fun, frolic and definitely is an opportunity to source some cool handicraft that is indigenous to this region. If you love engaging in activities that make you feel more connected to nature, then you must visit the Rasikbil or Rasikbeel which is a small lake that becomes a home to many species of migratory birds. This place takes approximately an hour to reach from the Cooch Behar town and is very picturesque. 7. Places of interest around Cooch Behar

This place is at proximity of various other places of interest in the northern part of Bengal  which is abundant in views that are of utmost aesthetic value, whether it be the seamless expanses of tea estates or simply wilderness that's unbound and breathtakingly beautiful. Wide forest expanses can be experienced at places such as Jaldapara National Park and if tea estates are what you want to see, then head towards the Dooars area that's abundant in beautiful tea estates that date back to the British rule in this part of the country. Apart from these, places like Darjeeling, Gangtok and Bhutan are also located at accessible distances from here. This part of the country isn't very famous or sought after but once you set to explore these places you are bound to be mesmerized and captivated by the immense beauty this region holds. The greenery, the cleanliness, the purity in the air and the serenity you may experience is of unmatched value. So just pack your bags and plan your next trips to places that are offbeat as these. More information regarding places as such to come your way!

Until then happy travelling and happy exploring! 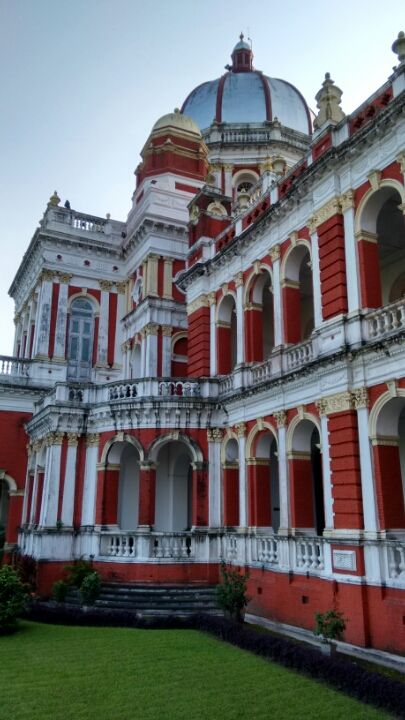