Another year, and it was time for another adventurous bike ride. The planned ride was in the forgotten land of northeast India, especially Arunachal Pradesh. And this time, we chose to ride in the worst possible weather - the winter. A lot of crazy things happened in the 20 day trip, but the most memorable experience that was etched in our memories was the crossing of Sela pass. Sela pass is a high mountain pass on the route between Bomdila and Tawang, about 100 km from Bomdila. This pass soars to a maximum height of 14000 ft, and is a part of northeastern Himalayan mountain ranges. This pass would always be covered in snow during winters, and the temperature dropped to -15 degree c many times. We started early in the morning from Bomdila, aware of the extreme weather conditions on the route. The ride till Dirang was as expected - generally mediocre, with a few bad stretches in between, but not too chilly. We had stopped for tea after Dirang, where the locals, having found that we would be riding to Tawang, adviced us not to take the route, as the snow on the Sela top had hardened and its nearly impossible to cross it. Well, we were aware something like this would happen, having planned to visit the place in extreme weather, so we continued further, taking note of what they advised. But the early seeds of doubt had already been sown in our minds about crossing Sela pass. As we ascended further towards Sela pass, patches of snow started to appear on the sides of the road, and the weather started to become more chilly and foggy. V

isibility was barely 20 feet, and the amount of snow increased gradually as we ascended further, till everything around us was just snow. I was excited to see such a sight, and at the same time scared as well. We stopped here and there for photographs, and continued our ascent. Snow started appearing on the road further up, and the inevitable happened – both our bikes slid on the ice covered road, and took a fall.

We were exhausted pretty soon and struggled a lot to lift both of our bikes up, due to the cold, the slippery road, snowfall and the very thin air. After much struggle, we were finally able to lift our bikes back up (we were literally sweating at this point, even at sub-zero temperatures) and continued the ascent carefully. We finally reached Sela top at 1:15 pm, about 6 hours after we started from Bomdila.

We relaxed for a good amount of time on the top, talking to the armymen present there. We drank coffee, ate samosas at the army - run Prahari Cafeteria, clicked some photos. After spending a good 45 mins at the top, we started the descent. We were glad, thinking that the worst was over and the route downhill was easy, but as it turned out, this is where hell started for us.

As we descended further, we noticed more and more hardened snow formed on the roads, making it more slippery. As we were close to Nuranang, about 16 km from Sela, we met two bikers from Guwahati who were coming in the opposite direction. We had a nice little chat with them, and they informed us that the road further down till the next 2 km was completely covered with black ice. Black Ice is a form of ice that had hardened due to a lot of vehicles passing through the snow covered route, hardening the snow and turn it to ice and stick to the road.

They adviced us to be extra careful, as it was nearly impossible to cross it. Having listened to their advice, we continued further. Sandesh was in the front, about 300 feet. He had stopped in the middle of the road, perpendicular to the road. I then realized what black ice really was, when my bike slipped on the ice and fell in the road. This was even more slippery than the road to the top of Sela. As I got back to my feet, I slipped again, struggling to maintain my balance on the highly slippery ice. The ice reminded me of the ice which was kept in the refrigerator at my home. A local boy helped me with lifting the bike on the slippery road.

He informed us not to drive on the road where the ice had hardened, but to drive on the side of the road where fresh snow had fallen. And thus began the next two and a half hours of hell for us. Our feet, and the tires of the bikes were submerged in half feet of snow, and at many places we went so close to the edge of the road that if we had turned even a little more towards the edge, we would have fallen to our certain death.

We both fell about 2 to 3 times on the route, and that made Sandesh afraid and uncomfortable, looking at the snow all around. He didn't want to travel further, and asked me if we could ask the armymen to let us stay in their tents for the night. I was pretty sure that the snow would end, and I convinced him to go further. It was only at 4:30 PM, when we reached Jang village, where the snow had vanished completely, were we relieved. It took us almost about 3 hours to cross that treacherous stretch of 2 km, all thanks to the heavy snow and the black ice. We were sure at that point, that this would be an experience that we would never forget, ever, and felt proud of ourselves knowing that we had done something not many people would even dare to. 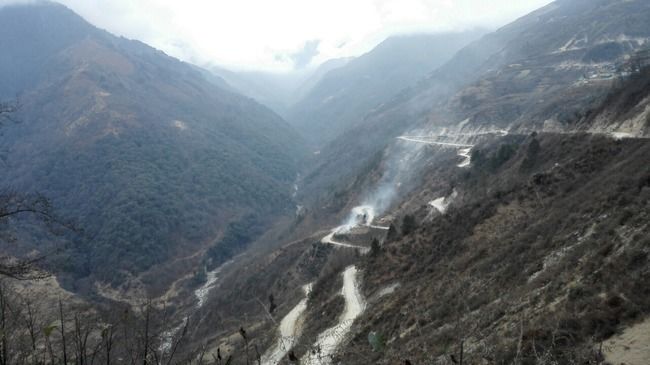 the very first glimpses of snow 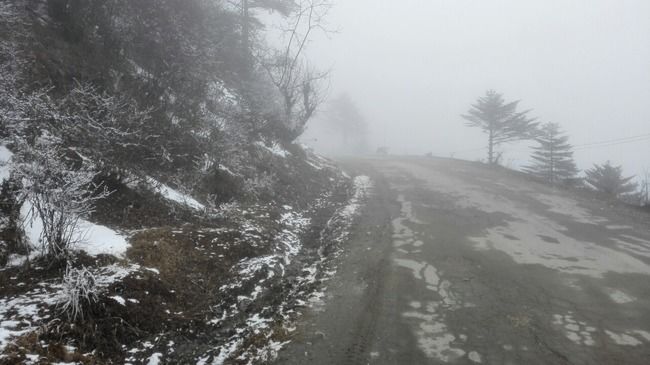 weather becoming scary, and the amount of snow increasing 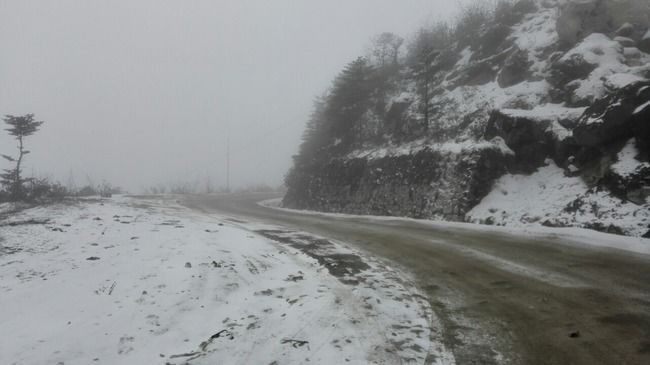 snow on the road as well 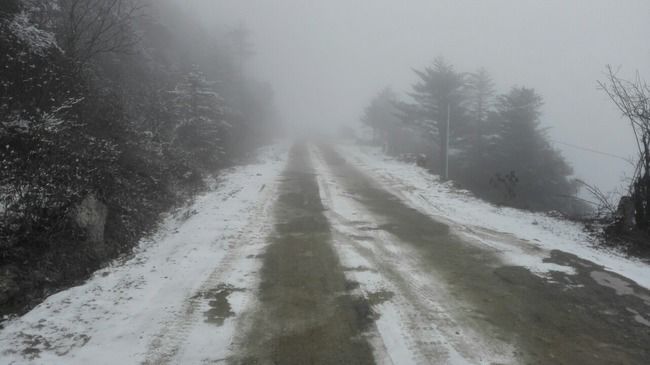 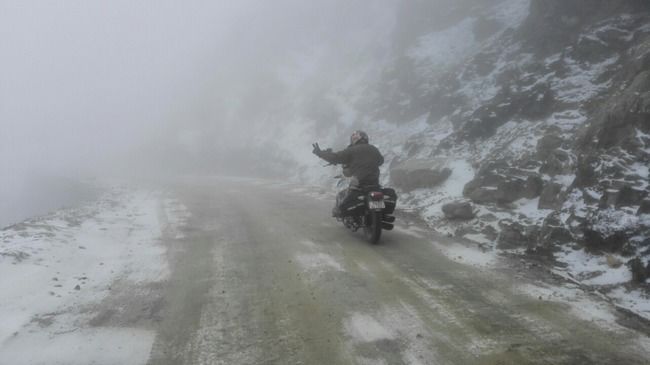 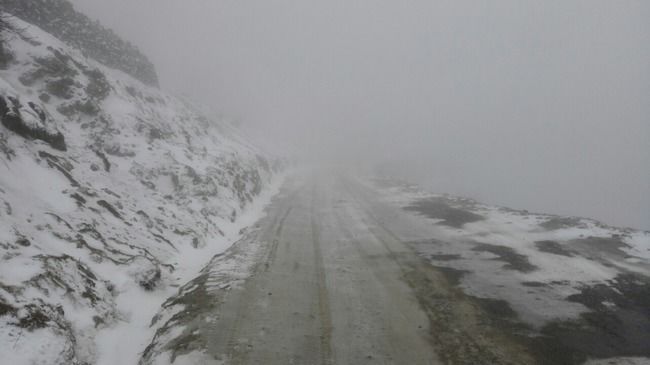 the inevitable fall on the climb 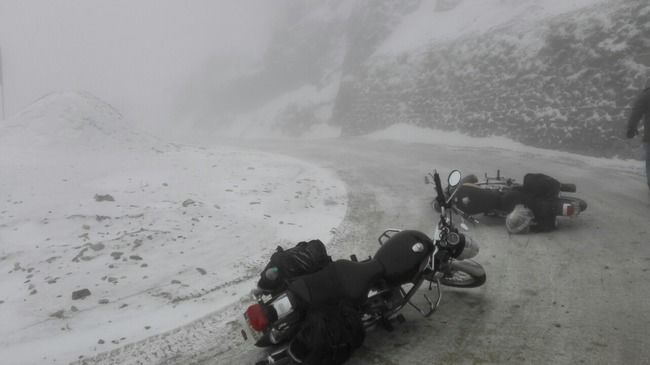 after getting the bike back up 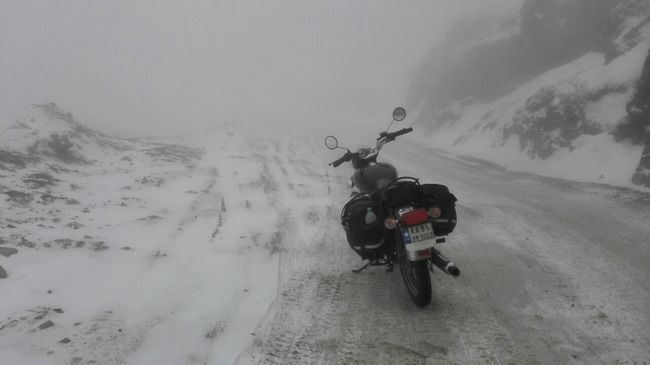 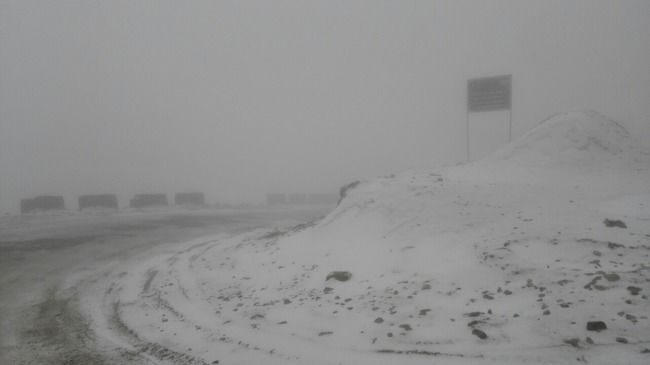 the gateway to tawang, at the peak of Sela pass 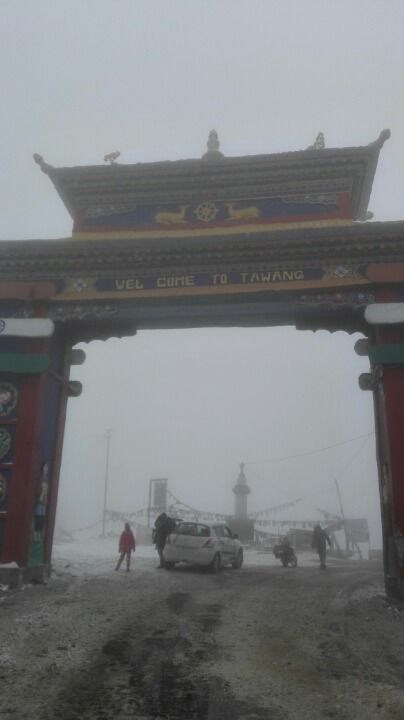 due to snowfall. everything was covered in snow 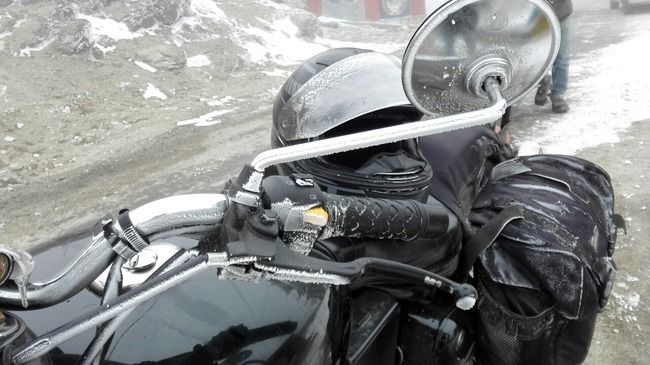 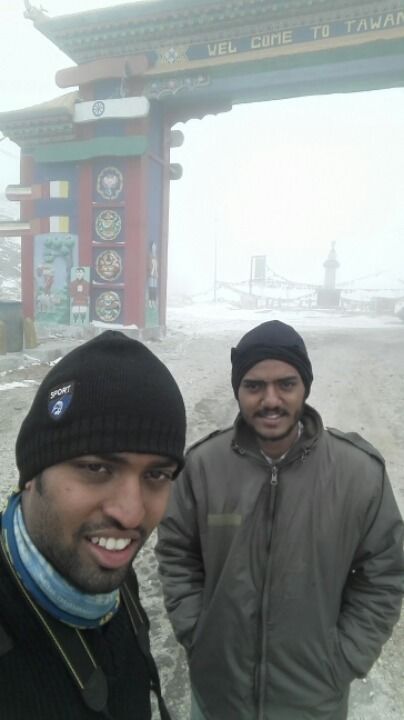 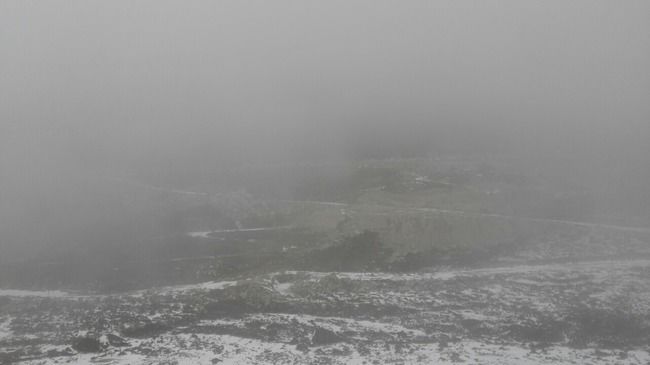 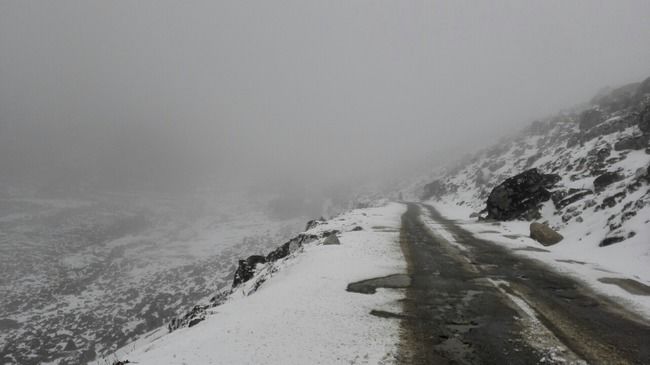 down further. much of the road covered in slush 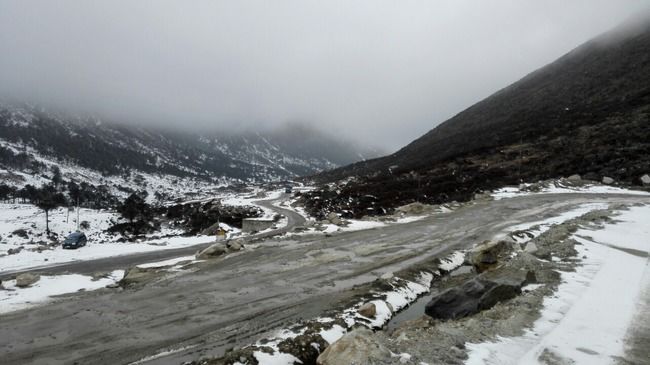 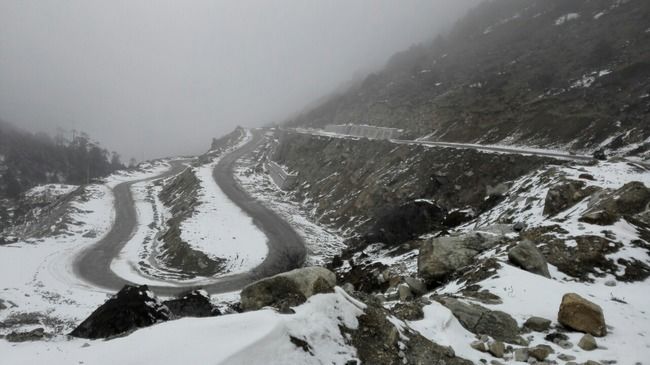 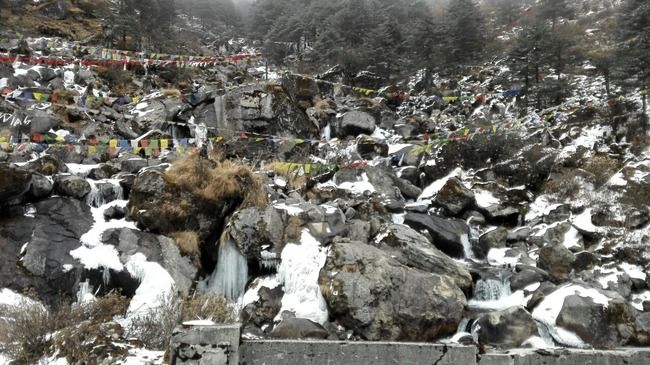 this is from where black ice started. close to J.Garh 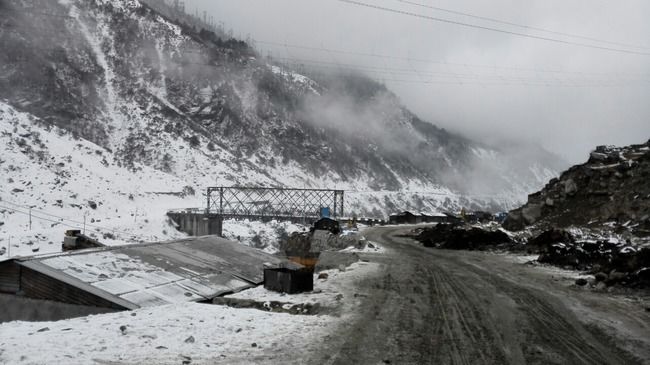