We been roaming around Chandigarh and nourishing it's Beauty and simplicity
Having my grandmother staying in Chandigarh means that every vacation (even an extended weekend), is spent visiting her. Every holiday is the same – lazing around till late in the afternoon, being fed good food like there’s no tomorrow and not worrying in the least bit about all the pending work waiting to be finished. During my most recent visit, however, I thought I’d set out to explore the place that I had been visiting so frequently since my childhood, but knew so little about.

The first part was getting to Chandigarh. Instead of going by car as usual, I decided to travel by train. The city is very well connected by road as well. Buses leave every hour from ISBT, and the five hour journey is quite comfortable. However, I think that a journey by train just adds to the whole experience of traveling. As the train pulls out of the station, you get to see the outskirts of Delhi. About two hours into the journey, you can see the vast farms, thatches, cattle and scare crows. I have always preferred the hills to the plains, but while in the train, I developed a new liking for the plains and the farms, as I discovered their beauty and serenity.

Once I reached my destination, I was, as usual, welcomed by my grandmother. I asked her about all the tourist attractions in Chandigarh and she seemed quite amused by my sudden desire to unravel the city. The next day I woke up early and decided to start venturing into the city.

Chandigarh is a small city with a highly efficient system of public transportation. The Chandigarh Transport Undertaking (CTU) provides local bus Transport service in Chandigarh and the satellite towns of Panchkula and Mohali. There are two Local bus Terminals located at Sector 17 and Sector 43. The bus service is frequent and efficient and runs from 6:00 am to 10:00 pm. It is very economical with a single point to point fare of Rs. 5 regardless of the distance. The map of Chandigarh showing all the bus routes is printed on backside of each ticket. The travel is generally hassle free, though there might be rush on certain routes during morning and evening hour. The Chandigarh tourism also runs a special Hop on-Hop off double-decker bus, which takes you around for a tour of all the main spots in the city, including Sukna Lake, Punjab University, and the Secretariat. Having bought one ticket, a people can board or disembark as many times in a day as they wish. This provides flexibility to see the places of interest and spend as much time at a particular spot. It starts its journey from Hotel Shivalik View in Sector 17 near the Bus Terminal. For short distances, however, cycle- rickshaws are preferred by the people, though being a city full of health freaks, walking and cycling are also quite popular.

I started by going to the Rose Garden, which happens to be a five minute walk from my house. The Rose Garden is always full of people belonging to several age groups who walk on the path, play in the garden or watch the fountain shows in the evenings. This is the largest rose garden in Asia and also hosts an annual rose festival, which is quite popular among the local population.

Next, I went to the famous Rock Garden. The Rock Garden, I learnt, has a fascinating history. One day 36 years ago, Nek Chand, a transport official, began to clear a little patch of jungle to make a small garden area for himself. He set stones around the little clearing and before long, he had sculpted a few figures recycled from materials he found at hand. Gradually, his creation developed and grew. After his normal working day, Chand worked at night, in total secrecy for the fear of being discovered. When they did discover the garden, the local government officials were thrown into turmoil. The creation was completely illegal – a development in a forbidden area. However, rather than demolishing the garden, they decided to give Nek Chand a salary so that he could concentrate full-time on his work. In addition, they also gave him a workforce 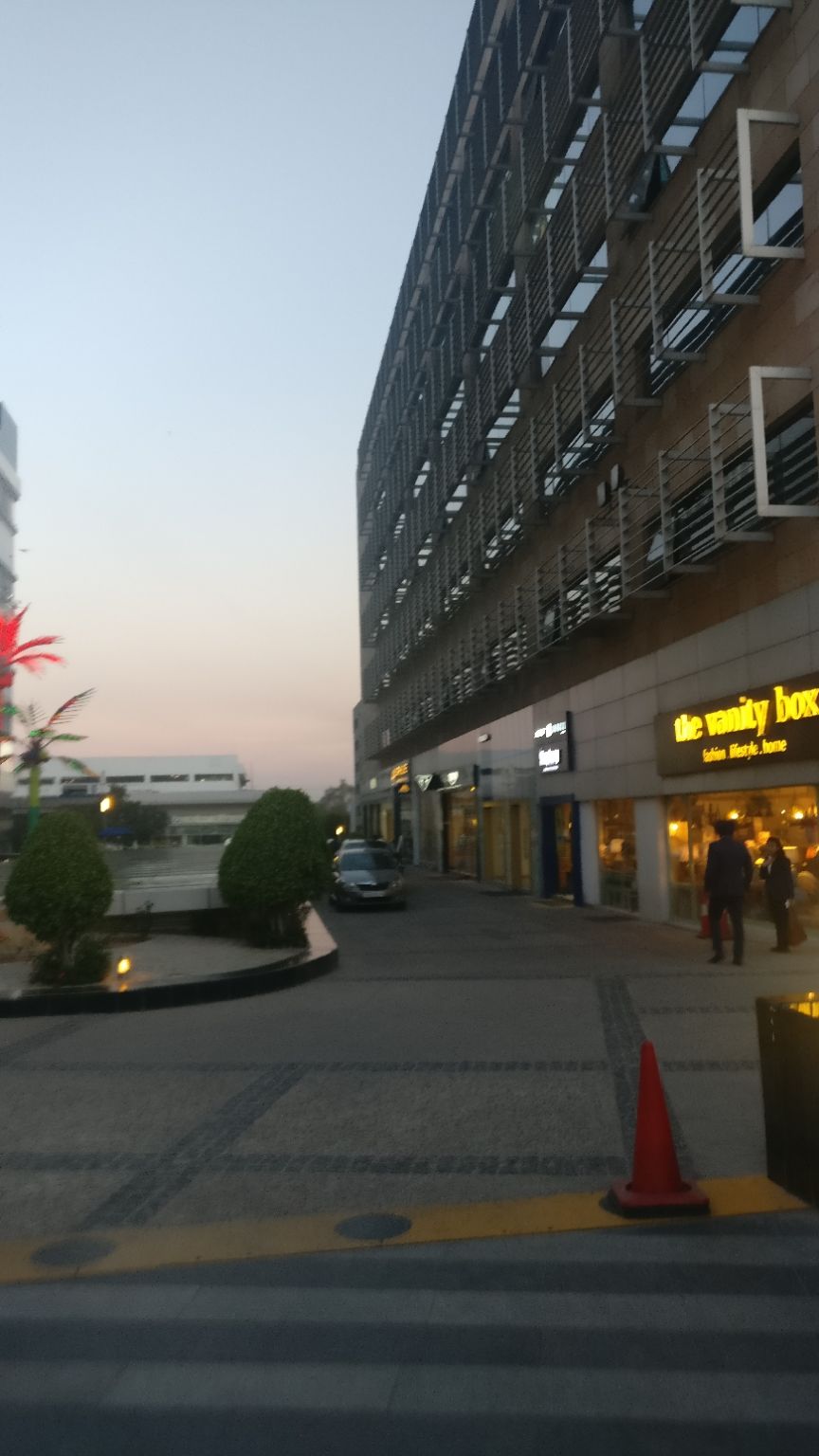 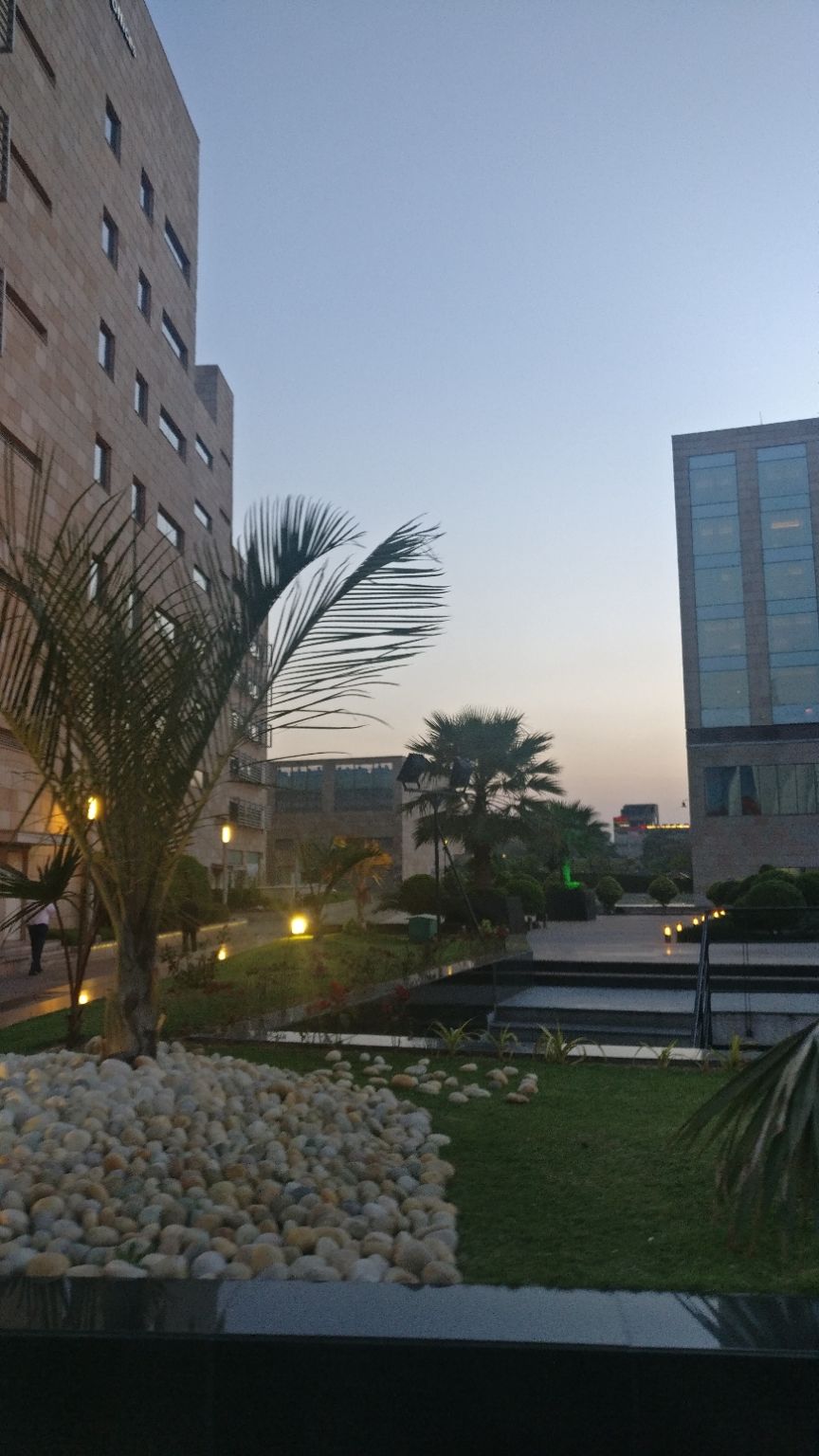 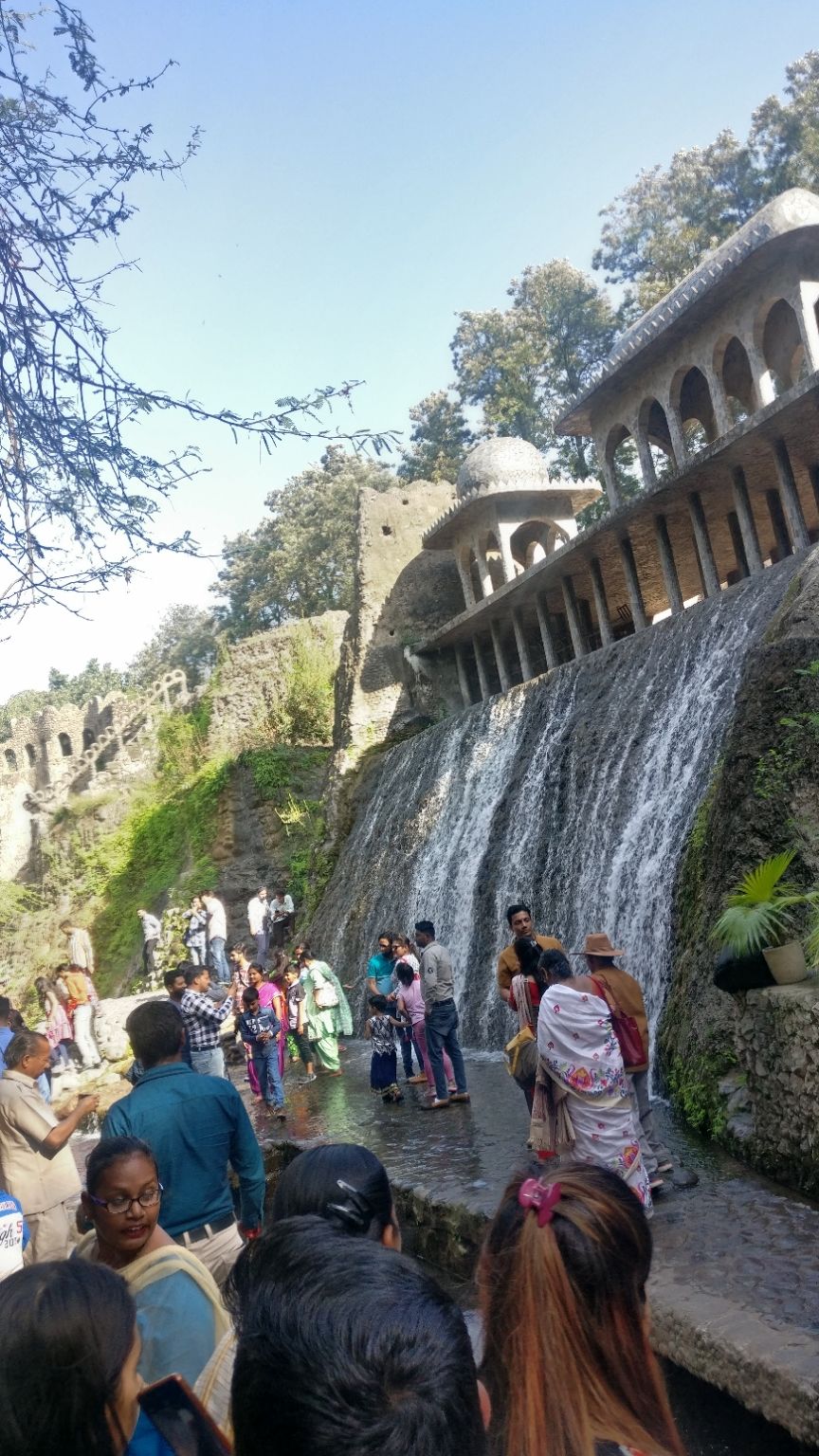 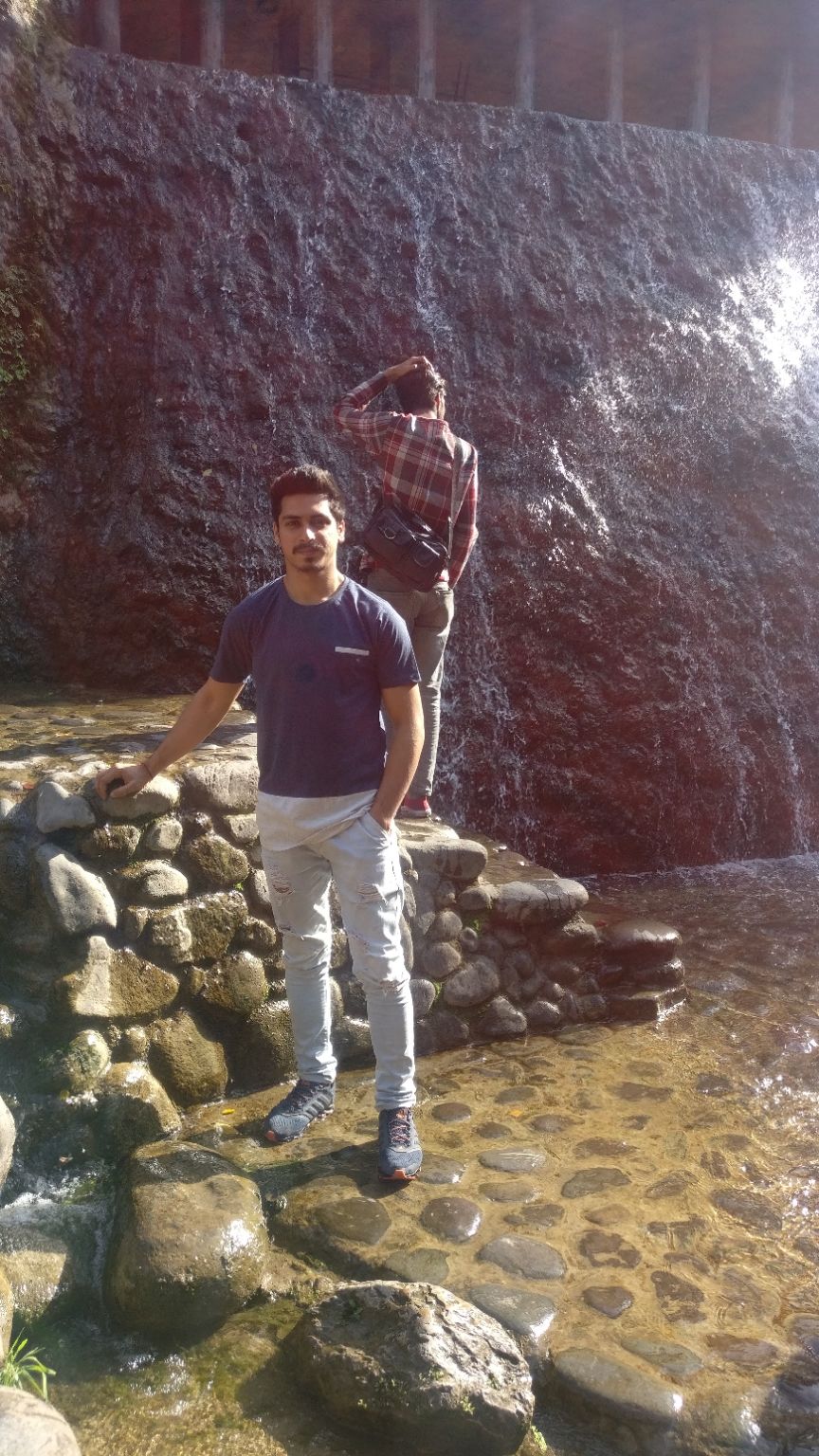 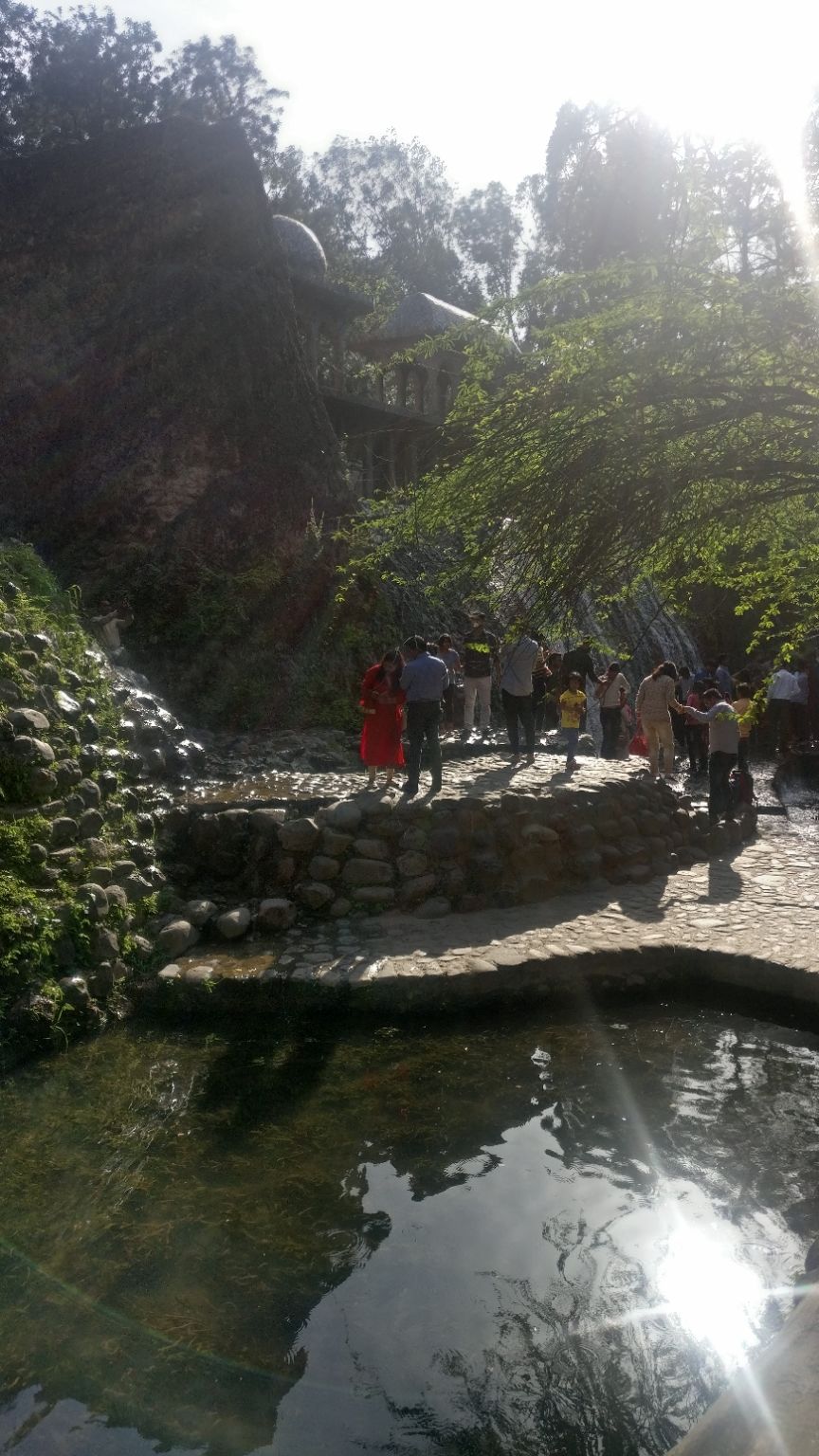 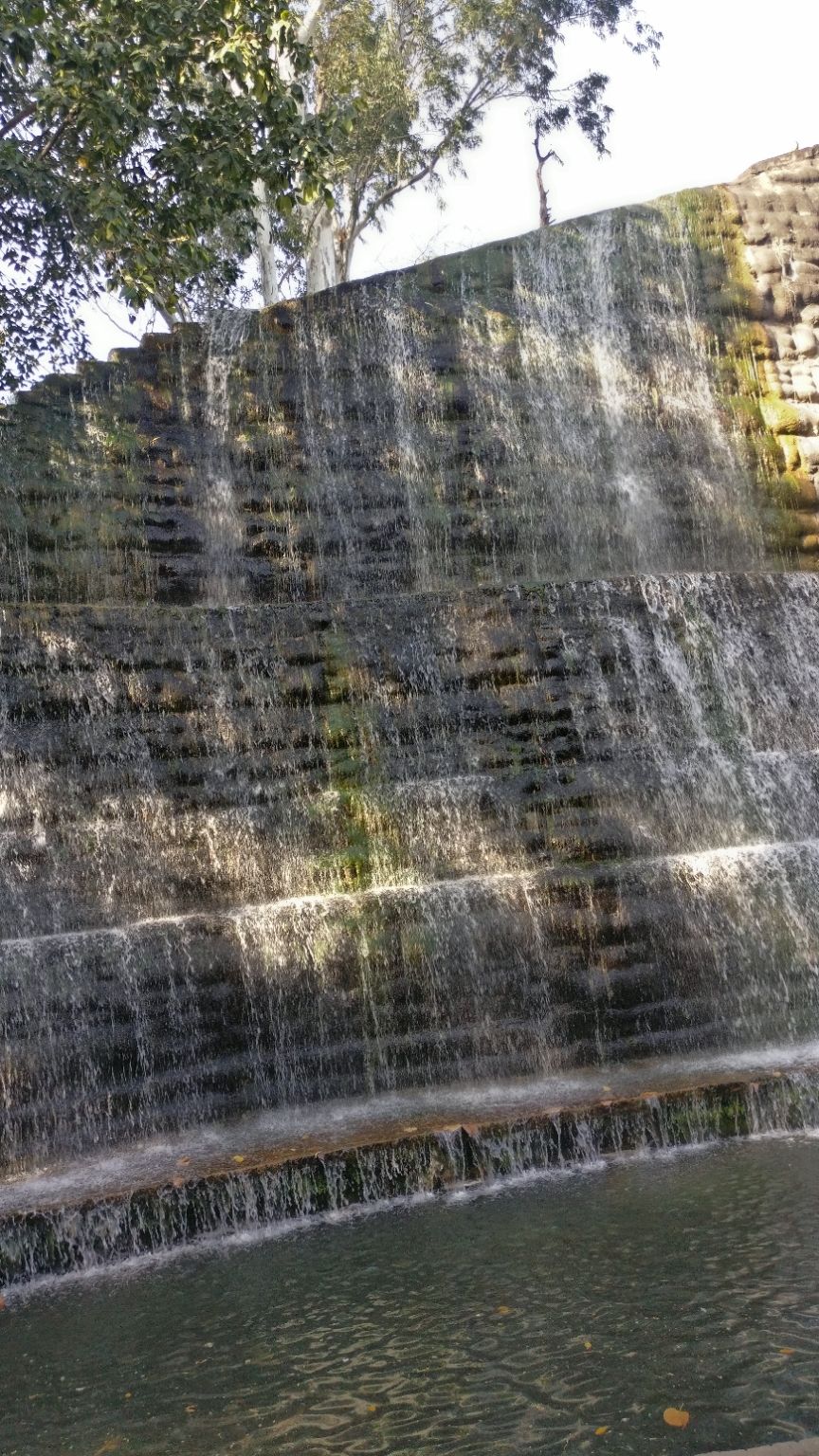