Colour and Panache: A Jaipur Thing 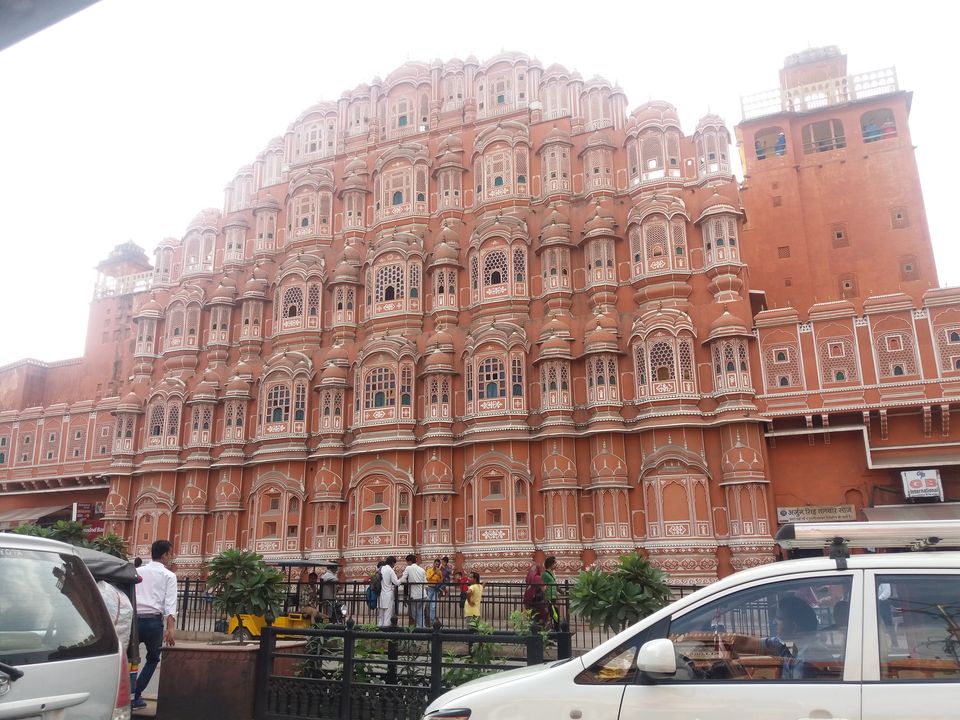 What fun is college without a few failed planned trips and a few last moment successful ones? So last October break after a lot of Shimla, Manali, Kasol plans, I headed to the Pink City- Jaipur. I had taken the trip not to relax but to explore, so I was ready for the hustle of a new city. On the 9th October I took the morning 6 am, Delhi to Ajmer Shatabdi, which reached Jaipur at around 10 am. I already had pre booked a backpacker’s hostel, Doodlerack, so it wasn’t much of on the spot panic. As, I had the day in hand, I freshened up and went out for lunch. I didn’t want to tire myself out and also wanted to get a peak of the city, so I headed to the Albert Museum, the oldest Museum of the city. While travelling, if you are a student, it is important to carry the identity card of your school or college as some of the public places do give concessions to students. The architecture of the Museum was a mix of Indian and the British style. The museum has a rich collection of artefacts like paintings, carpets, ivory, stone, metal sculptures, colourful crystal works etc. It is named after King Edward VII (Albert Edward), during whose visit to the city as the Prince of Wales, its foundation stone was laid on 6 February 1876.

The next day was a fun filled and busy day as I had less time to cover up quite a few places. So, the first up in the list was the Hawa Mahal, the Palace of Wind, which was in the old city inside the Char Diwari. The difference could be made as soon as one enters the old city with all the orangish bulidings, not pink anymore, and the traffic suddenly getting worse. Hawa Mahal, so named as it is always breezy. It was essentially a high screen wall built so the women of the royal household could observe street festivals while unseen from the outside. After a breezy experience and a great view of the city, I decided to go to the City Palace which was at a walking distance but I still chose to take an e-rickshaw. The City Palace includes the Chandra Mahal and Mubarak Mahal palaces and other buildings. It was the seat of the Maharaja of Jaipur, the head of the Kachwaha Rajput clan. The Chandra Mahal palace now houses a museum but the greatest part of it is still a royal residence. In the scorching heat of Jaipur a glass of cool Lassi can only calm you down and a Rajasthani Thali can fulfil all you want. After I scarfed down all the Daal-Baati-Churma, I decided to go the Birla temple. It was a peaceful and windy place. The sunset from the marble structure looked mesmerising.

I had kept my third day, 11th October, a little relaxed. It was the shopping day in the Bapu Bazar, Nehru Bazar and Tripolia Bazaar. All these markets had locals Rajathani articles from clothes to jewelleries. It was a fun experience as I picked up a few things for my family and friends. I was really excited for the evening because there was Chokhi Dhani, meaning special village, up next. It is a concept capturing the vibrant spirit of Rajasthan. Chokhi Dhani has all that one looks for in Rajasthan, from camel rides to ladies putting free mehendi(hena) on hands to the most delicious of Rajasthani cuisines. It was an amazing evening spent in really good ambience. Not to forget the polite and welcoming hosts.

But as all good things come to an end, this fun experience of mine also had to end. So the next day I headed back to Delhi with all the colourful memories which I will cherish forever.