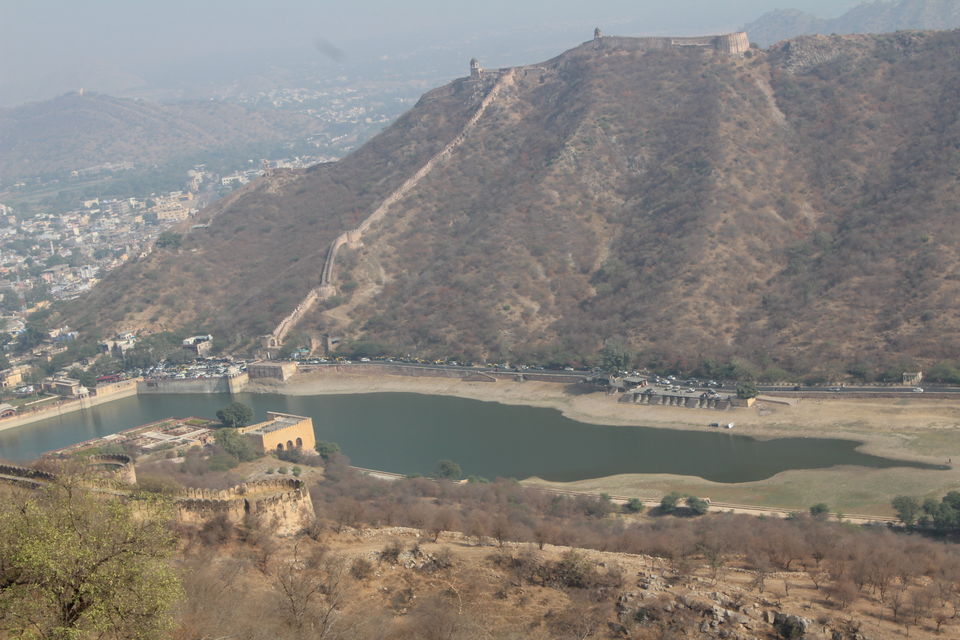 VIEW FROM THE AMER FORT 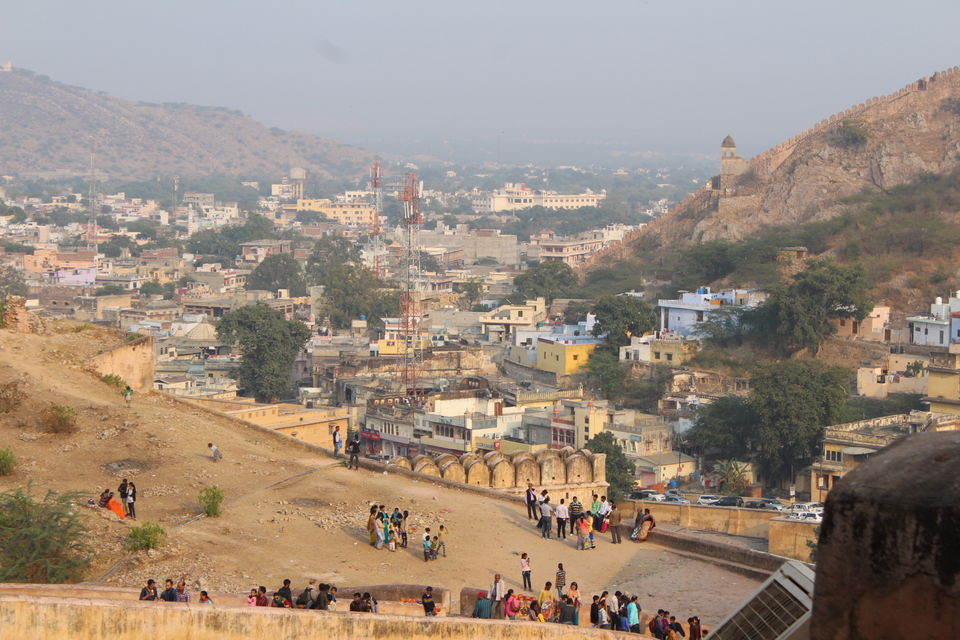 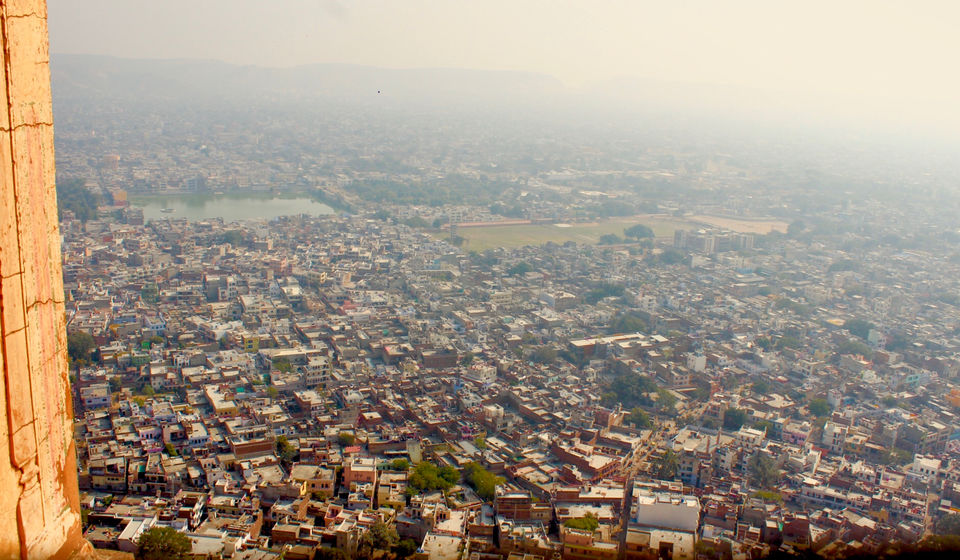 As i am not that good at writing,so my posts will have more pictures than content,i am just sharing my journey to the pink city-Jaipur which i covered recently and got some lovely pictures to share with you all along with a little description about the places.

The Amer Fort, situated in Amber, 11 kilometers from Jaipur, is one of the most famous forts of Rajasthan. This was my very first destination as it was little on the outskirts of the city.

Amer, originally, was the capital of the state before Jaipur. It is an old fort, built in 1592 by Raja Man Singh. This fort is also very popularly known as the Amer Palace. The Amer Fort was built in red sandstone and marble and the Maotha Lake adds a certain charm to the entire Fort. 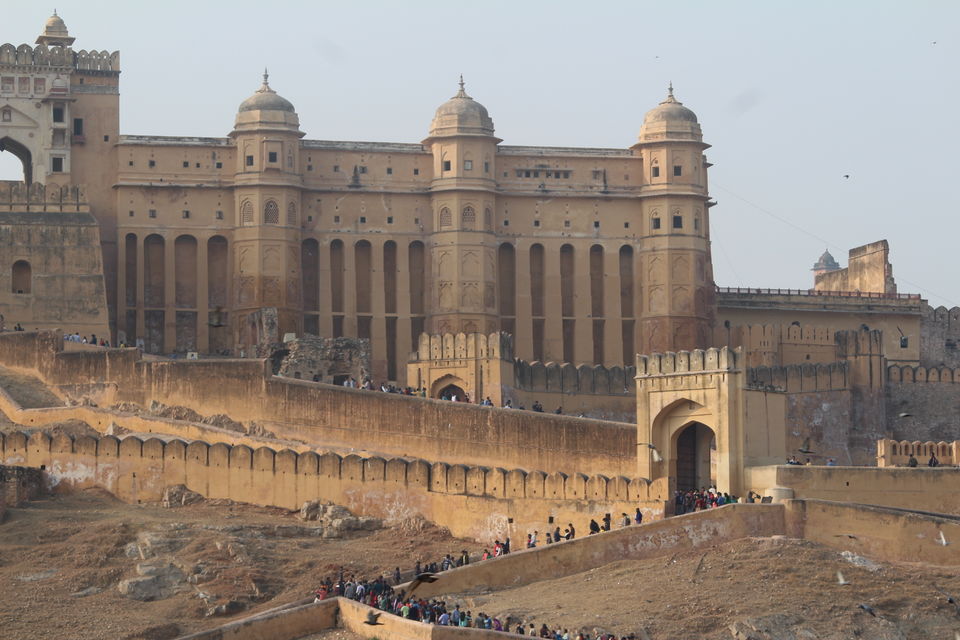 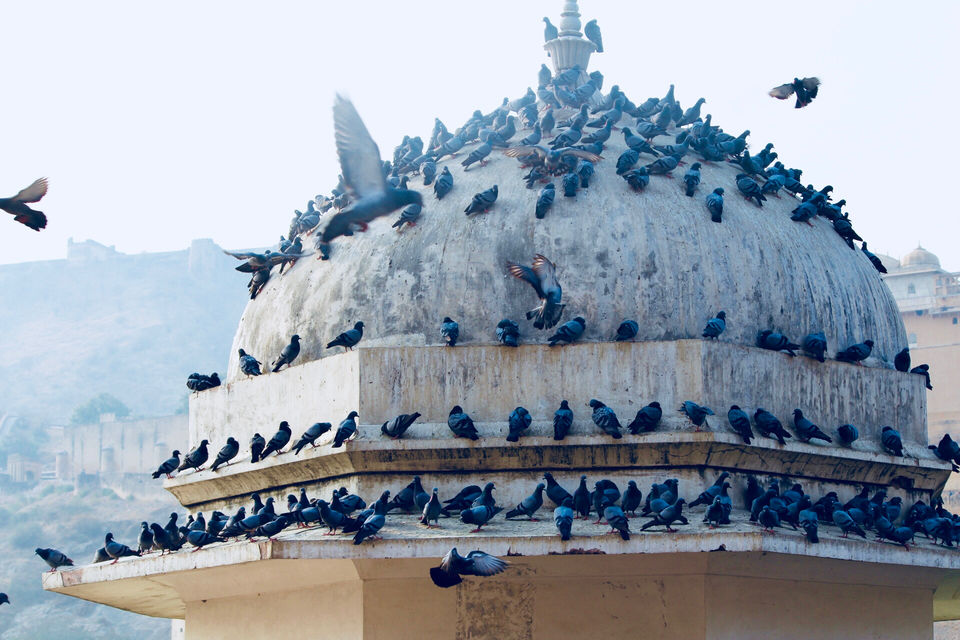 so beautiful the view 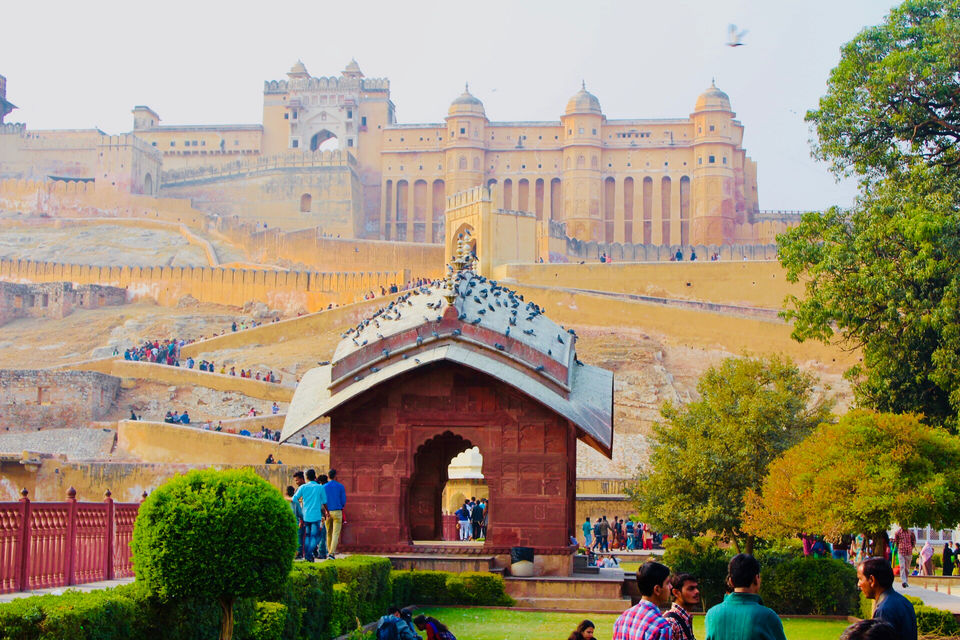 Amer was once known as Dhundar and was ruled by the Kachhwahas from the 11th to the 16th century, until the capital was moved from here to Jaipur. Raja Man Singh built this fort in 1592 AD and Raja Jai Sigh I expanded and renovated it later. While many such old structures have been either destroyed or replaced by other things, this fort has stood against all the tests of time and invasions.

After covering the famous Amer fort,i headed towards the other famous fort of the pink city-jaipur and it was none other than Nahargarh Fort.

Built in 1734 and extended in 1868, Nahargarh fort overlooks the city from a sheer ridge to the north. The story goes that the fort was named after Nahar Singh, a dead prince whose restless spirit was disrupting construction.

Whatever was built in the day crumbled in the night. The prince agreed to leave on condition that the fort was named for him. The views are glorious and there’s a restaurant that’s perfect for a beer.

Main Entrance of the Nahargarh Fort 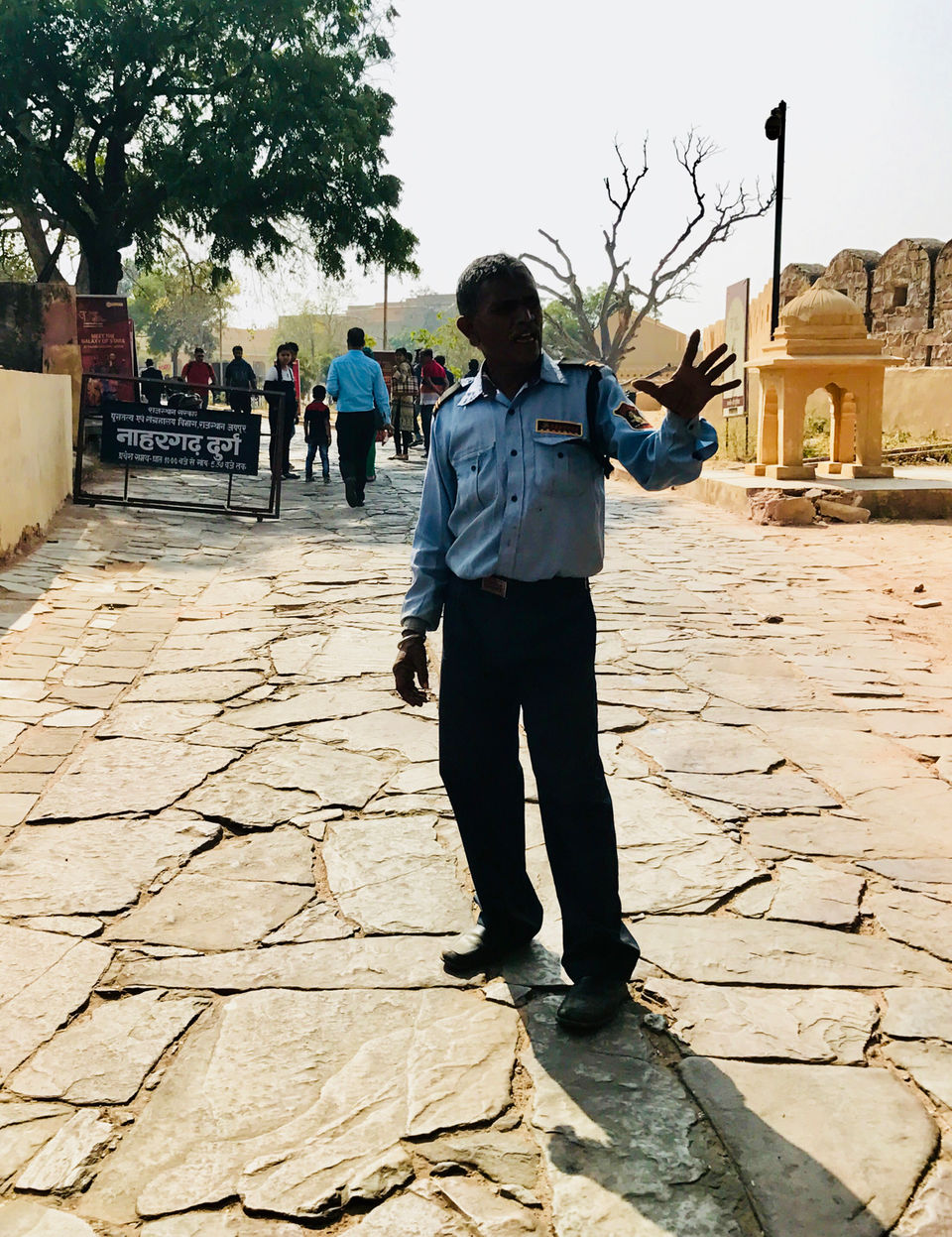 Aerial View of the city from Nahargarh Fort 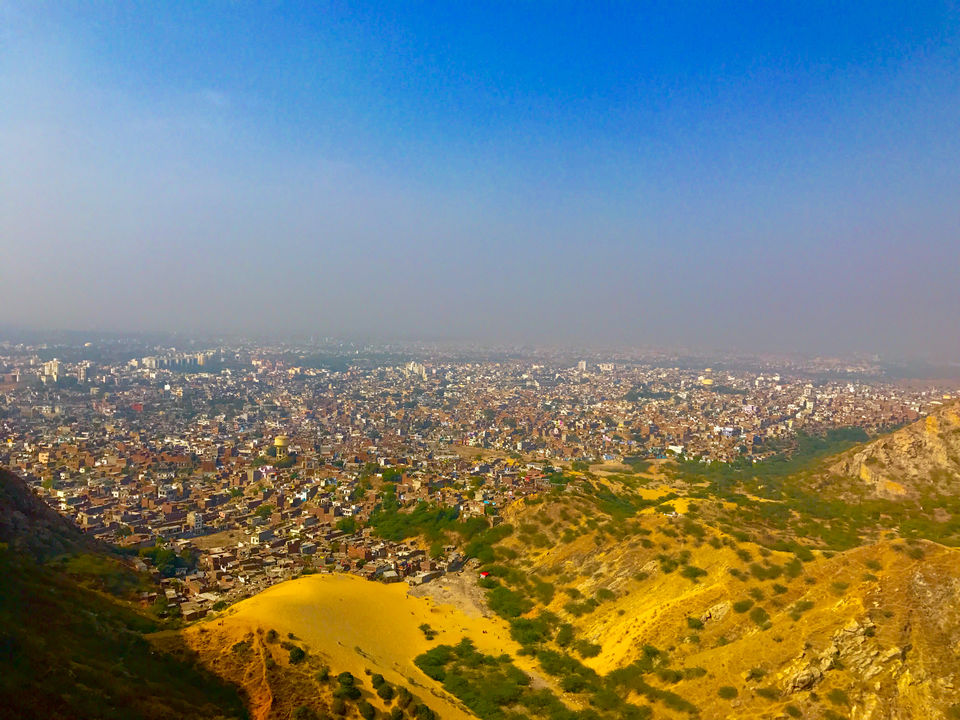 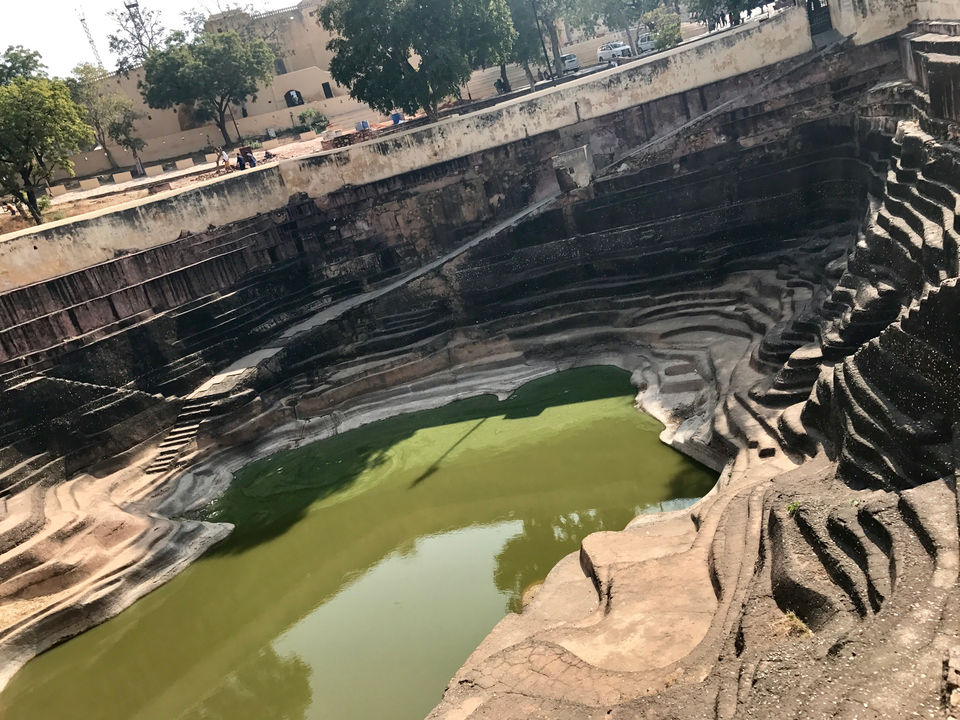 The famous restaurant at Nahargarh Fort 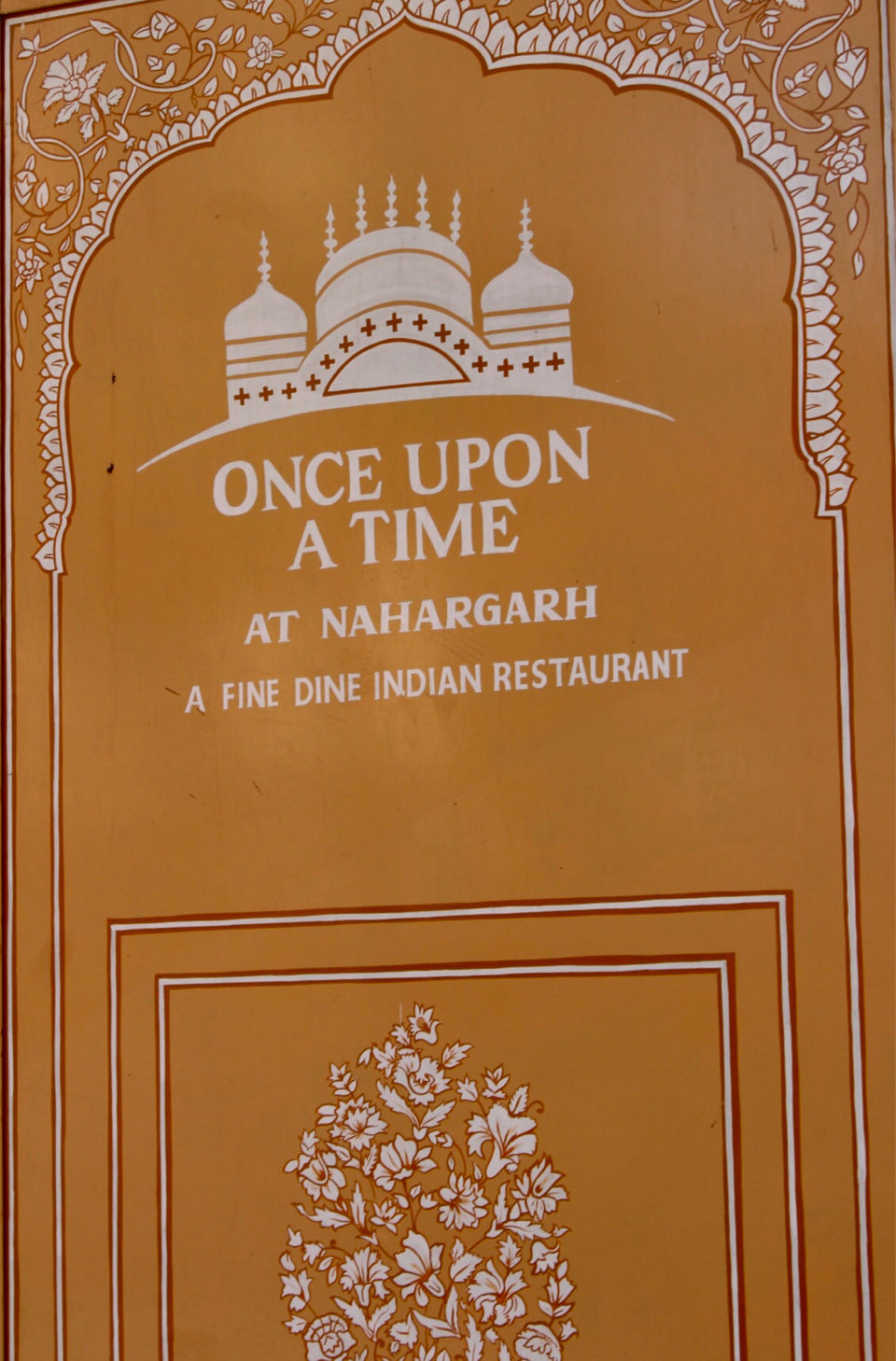 So amazing view of the Pink City 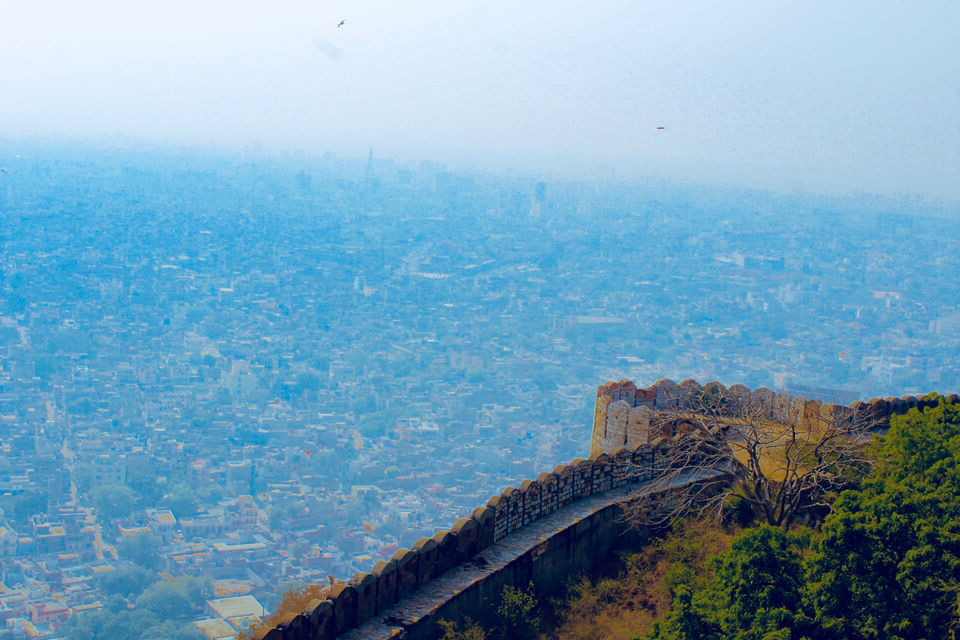 top of the Nahargarh Fort 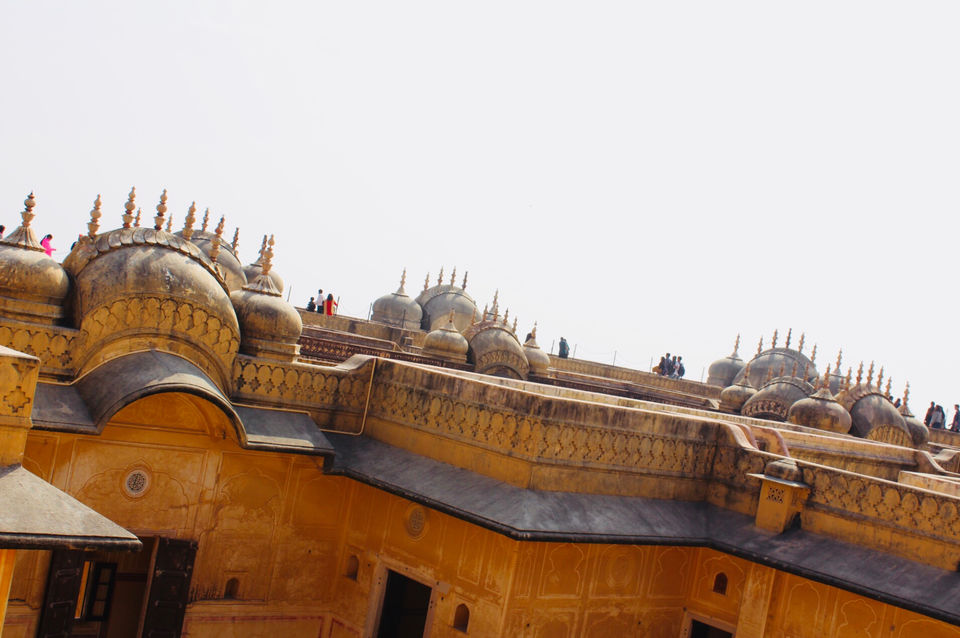 Albert Hall Museum or the Central Museum, sited amid the gardens of Ram Niwas Bagh in Jaipur, is one of the oldest museums in the state of Rajasthan. This museum was designed by Colonel Sir Swinton Jacob in 1876 for the purpose of greeting King Edward VII, Prince of Wales on his visit to India.

After ten years, it was opened to the public. Since 1969, the galleries on the ground floor of the museum have been thoroughly rebuilt and remodeled. The Albert Hall Museum is modeled on the Albert Museum of London and represents the Indo-Saracenic style of architecture.

It was so mesmerising to visit and have a look at the indian architecture with naked eyes. 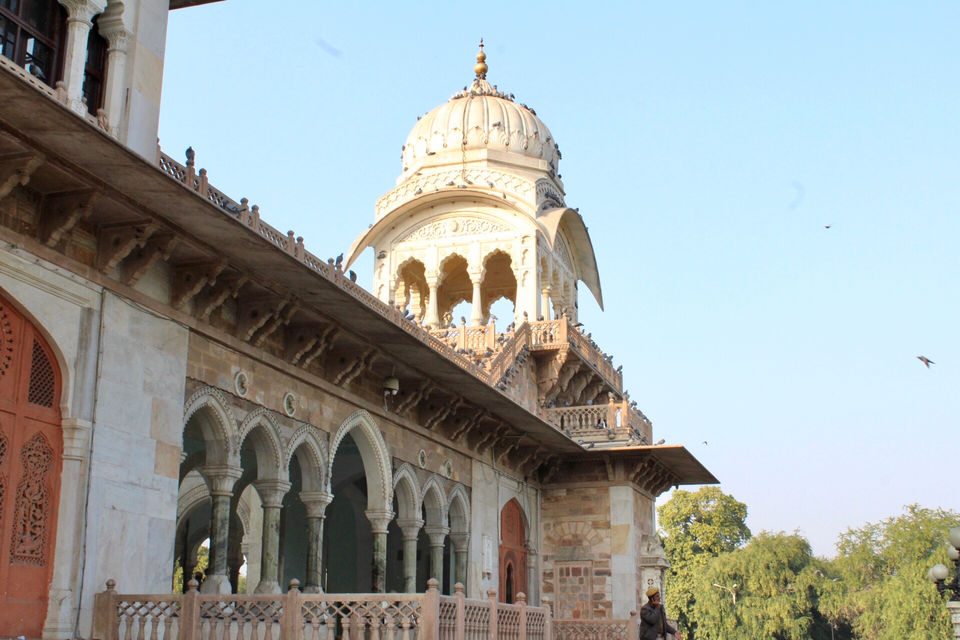 view from the base 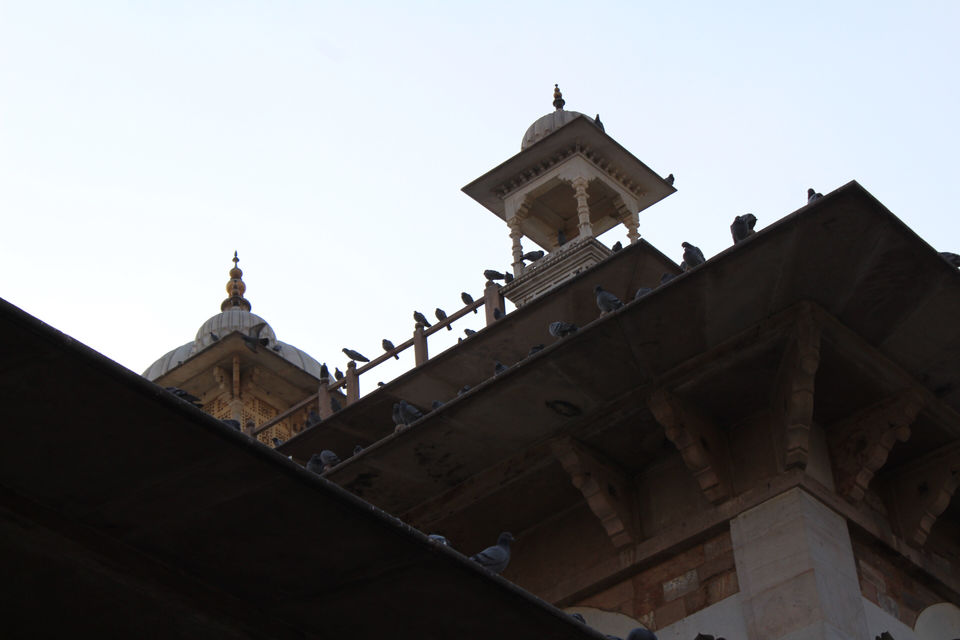 Entry to the Hall 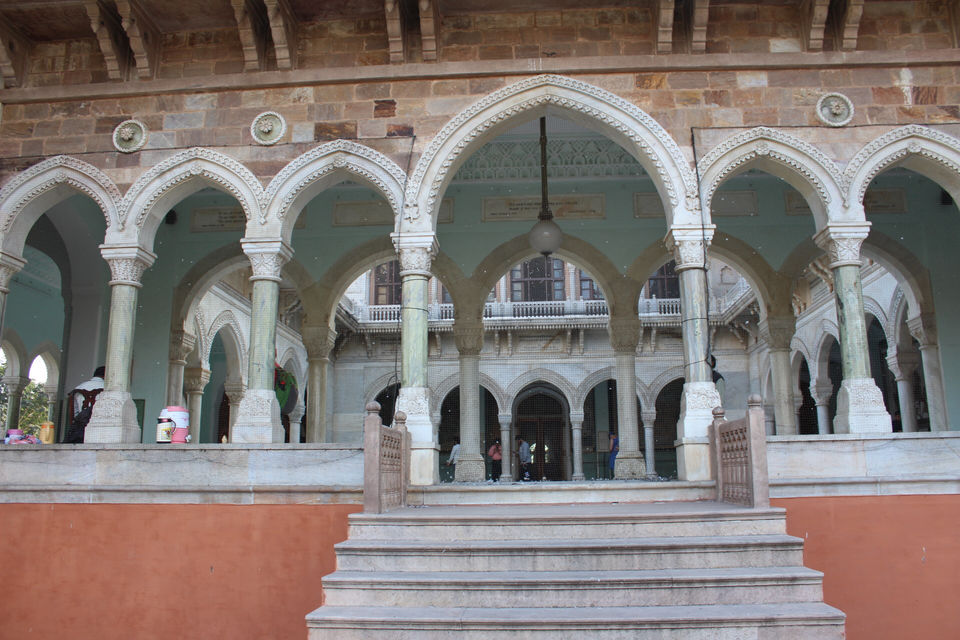 Main gate to the Hall 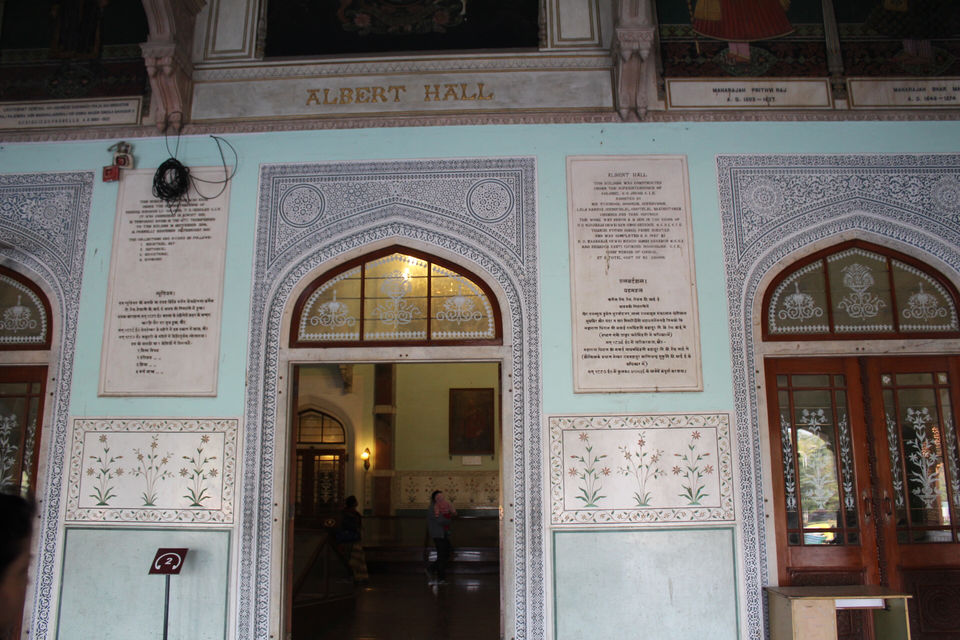 such a lovely view 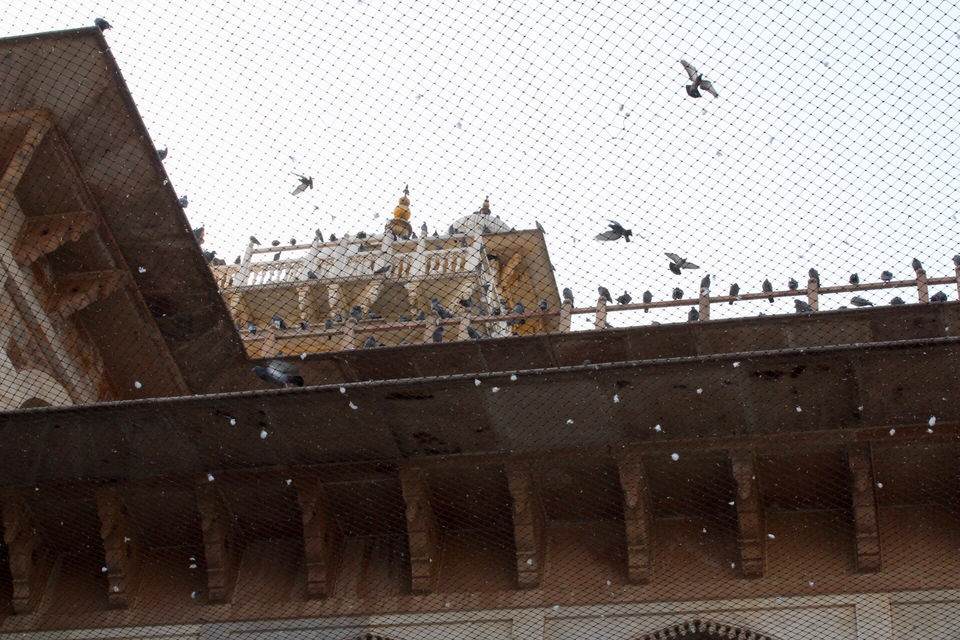 View from the backyard 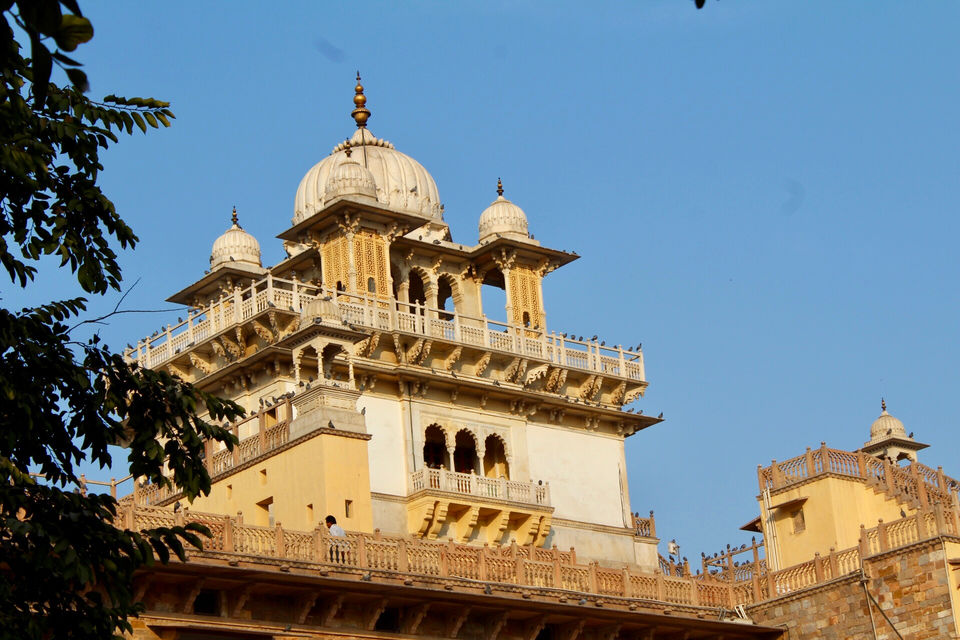 On the second day of my trip, i had to cover the Albert Hall Museum, Birla Mandir,Hawa Mahal and the Local Streets.

After the museum ,we went straight to the Birla Mandir. Birla Mandir in the well planned city Jaipur, Rajasthan is one of the famous Birla temples located throughout India, built with modern approach.

The temple is popularly known as Laxmi Narayan Temple that is constructed on the base of Moti Dungari hills at the lower portion of Dungari Fort of Jaipur.

The Mandir is built by Birla’s family who are connected with Indian social and industrial history. These temples are very famous for its architecture and design with finest quality of white marbles.

View from the main Road 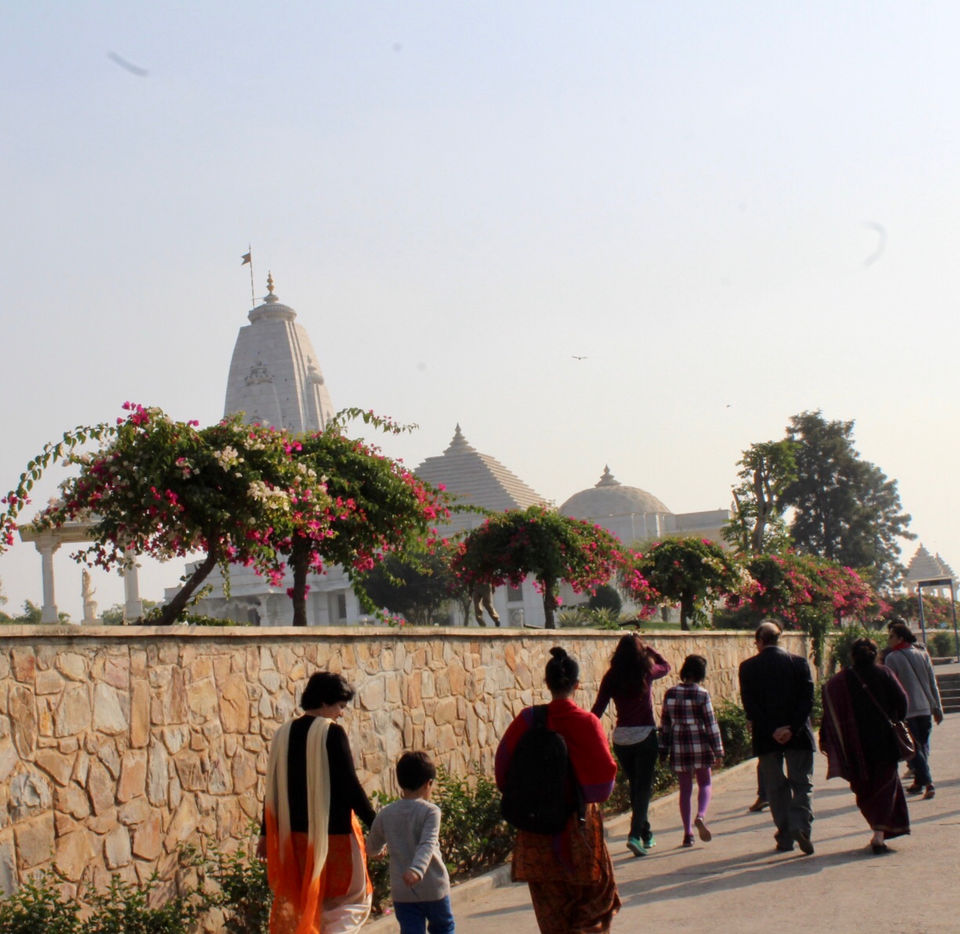 Temple behind the Birla temple 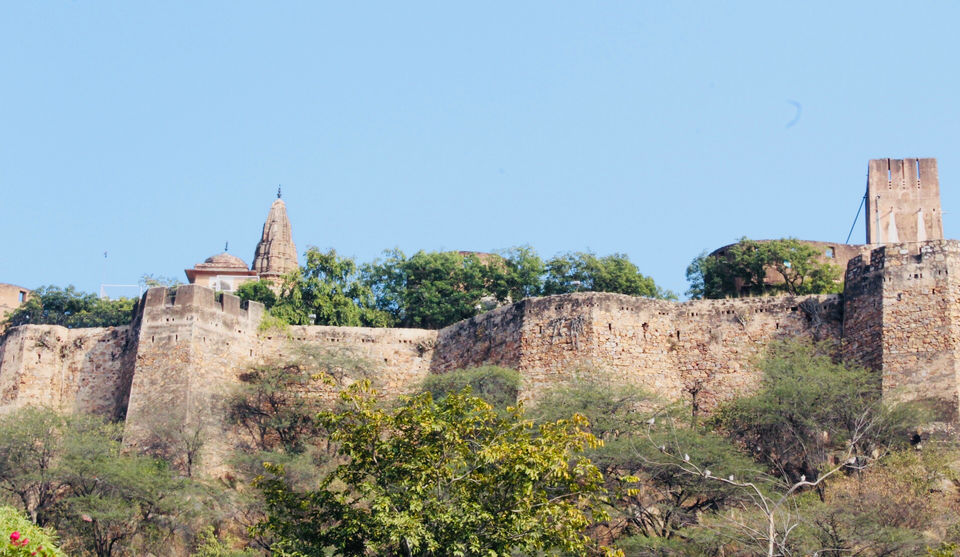 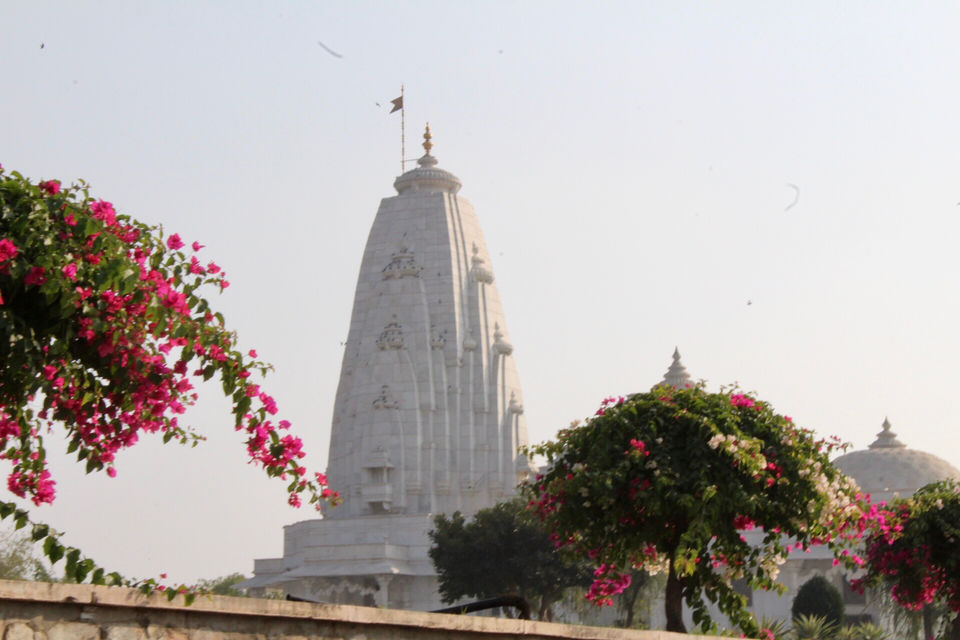 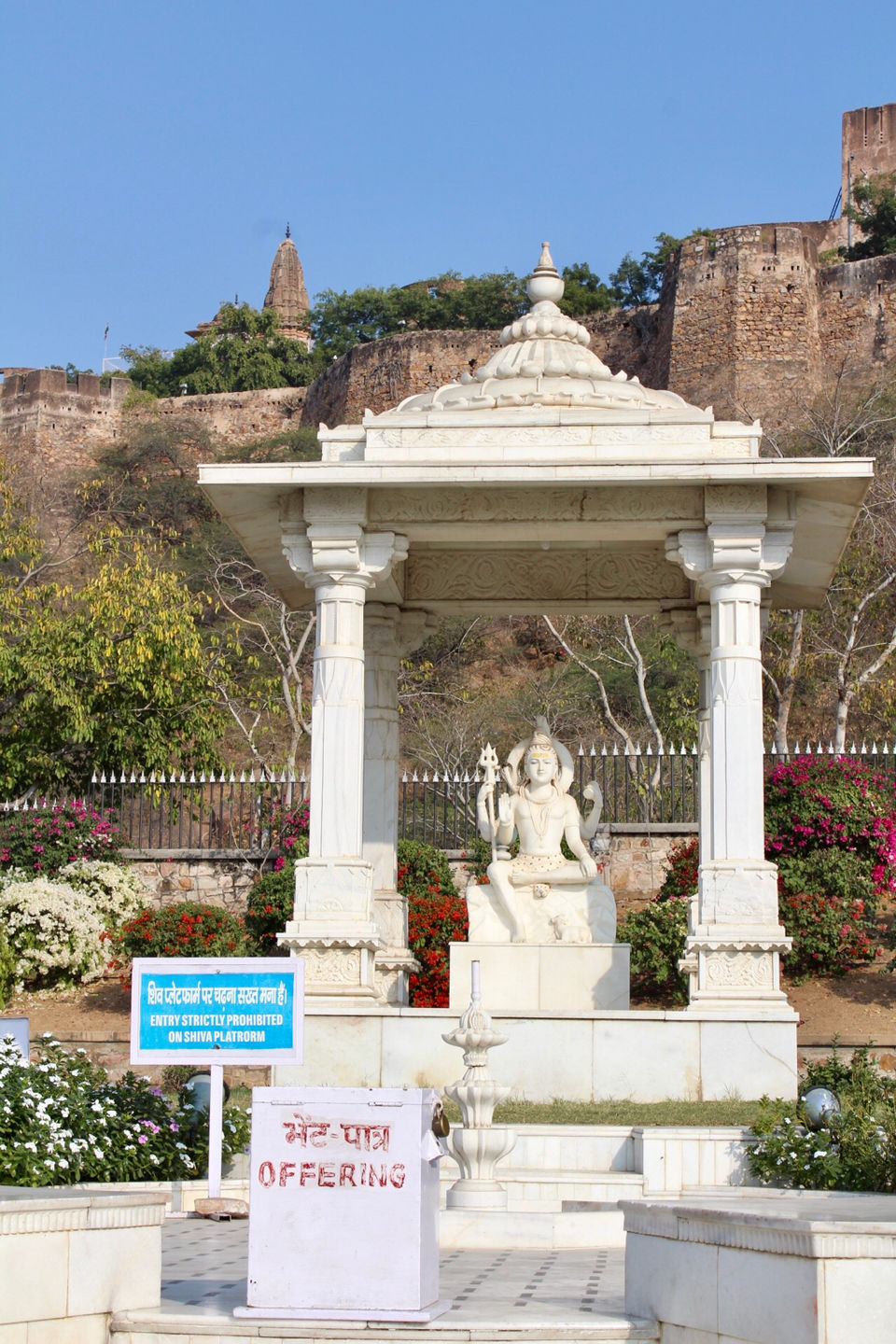 landscape view of the temple 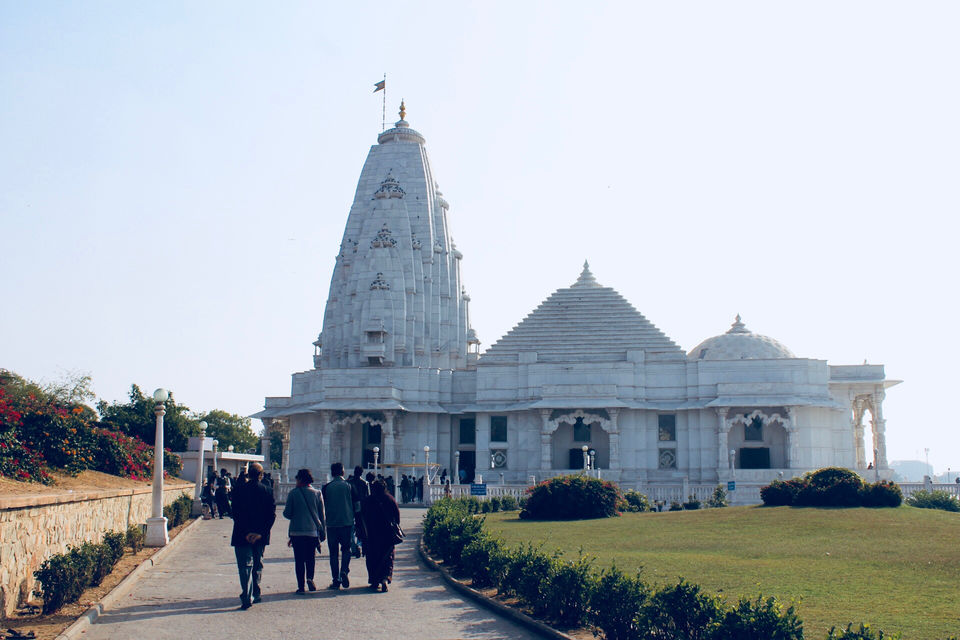 My last destination for the 2 day trip was the world famous Hawa Mahal.

Hawa Mahal is a five story building that is situated in the heart of the city of Jaipur. It has a beehive like structure and is made of red and pink sand stone lined with white color to make it vibrant. It is pink like the rest of the pink city of Jaipur.

The palace has carved and arched small chhatris or dome-shaped pavilions showing the richness of vivid Rajputana architecture. The walls of palace have 953 jharokha or overhanging balconies from where cool and fresh air can pass.

The most unique aspect about the palace is the fact that at all times a light breeze passes through it. That is how the palace got its name. Hawa means wind, which is the Palace of Winds. 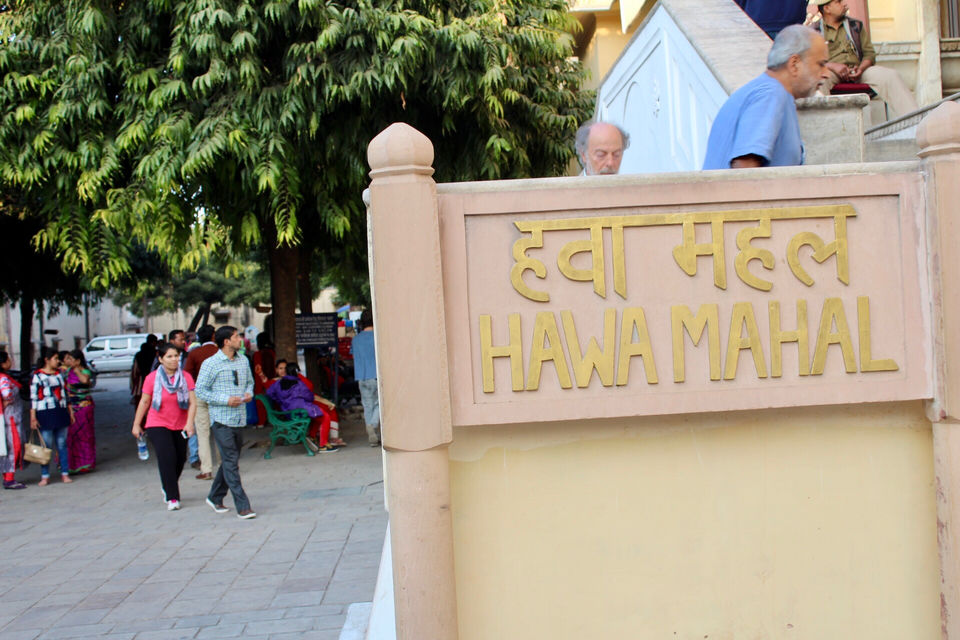 Back side of the Hawa Mahal 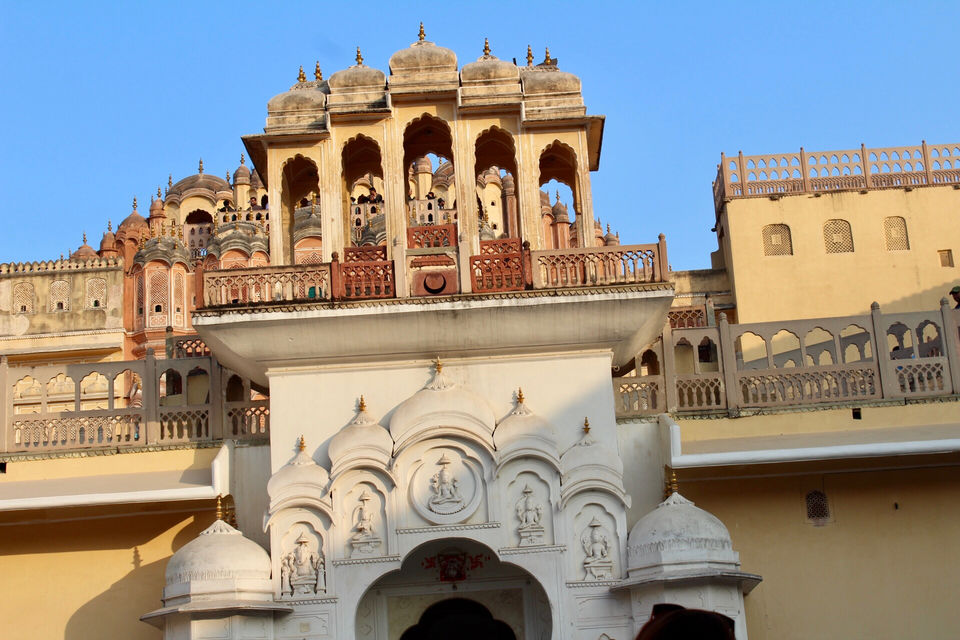 The top of the Mahal 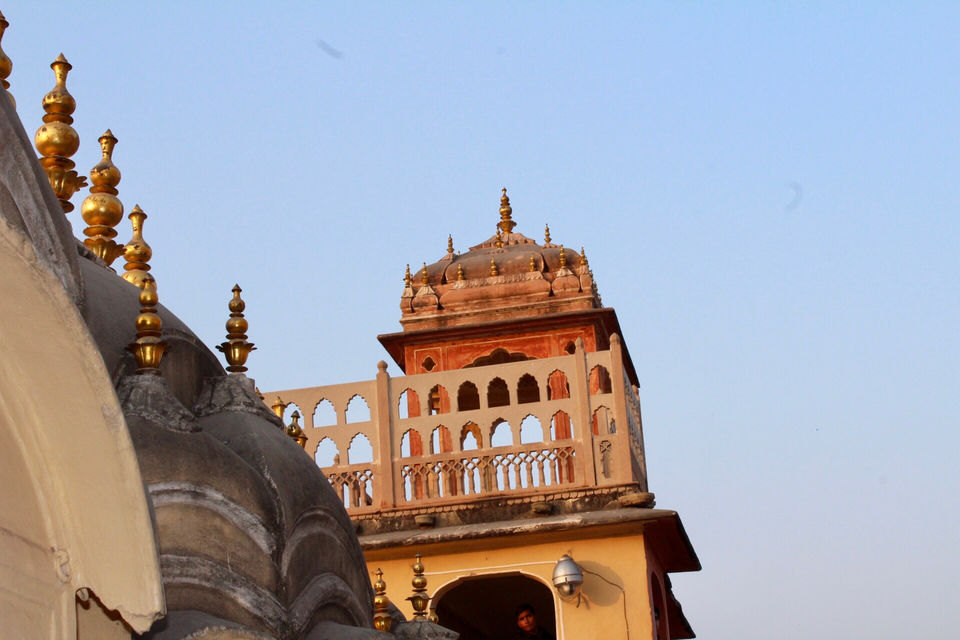 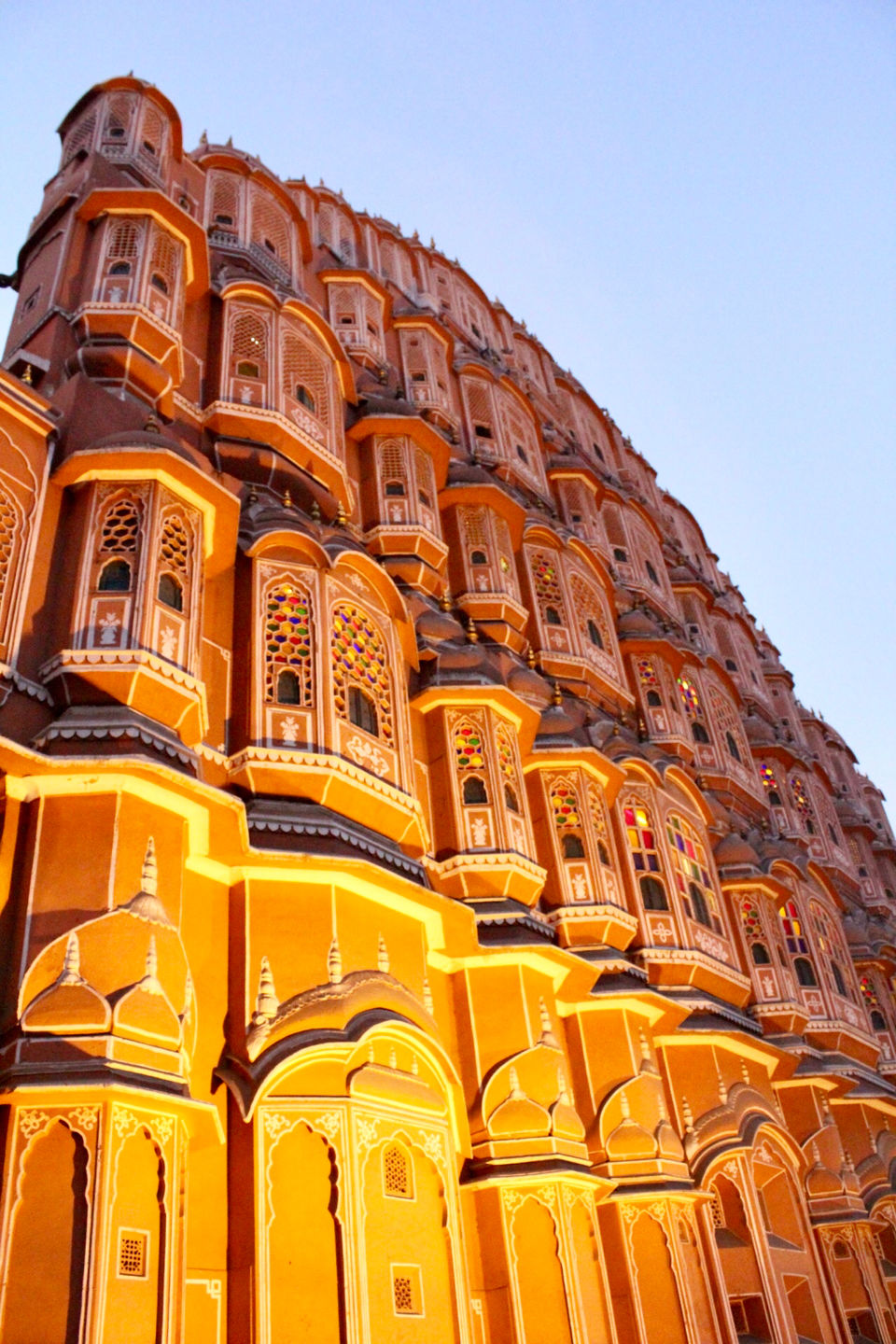 Do tell me if you liked it or disliked it. Share your views.

Pictures clicked by me on-