How I Quit my Job to become Fulltime Mountain Guide 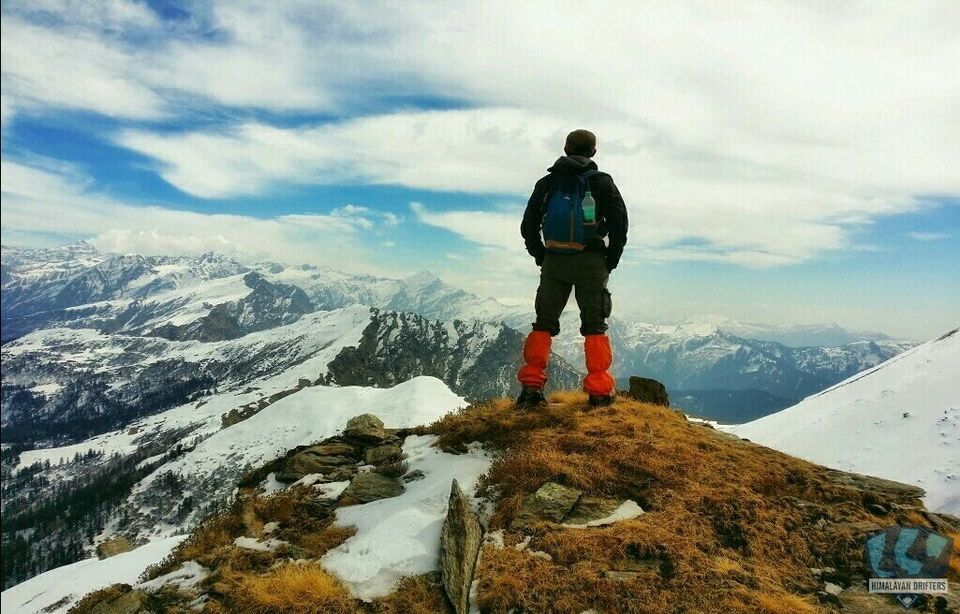 Working for corporate is fulfilling as long as you know how to maintain your Work-Life balance. Ikigai is a Japaneseconcept that means “a reason for being.” It is similar to the French phrase,raison d’être. Everyone, according toJapanese culture, has an ikigai. Finding it requires a deep and often lengthy search of self. Such a search is important to the cultural belief that discovering one’s ikigai bringssatisfaction and meaning to life. For some, it might be work, hobbies, and raising children.

For me, the Himalayas have always been the escape from office’s conundrum and city’s hustle and bustle. I have been lucky to be born in the laps of the Himalayas, which made it easier for me to relate and find my peace in the Himalayas. I grew up hiking in and around Kullu and Manali region, which happens to be the base for a numerous treks. Being Pahari becomes a huge advantage if you are passionate about the Himalayas and can’t give up on the need for adventure and being in the mountains. We, as the true inhabitants, have witnessed its beauty, wrath and solitude since the day we came to our senses; apparently we have better stamina and endurance against AMS on high altitude as compared to an average person of the plains. It was inevitable that being a Mountain Guide became my lifelong dream and here is the story of my pursuit of the Himalayas.

On papers, things were going pretty well while I was working with Tech Mahindra 5 days a week for 9 hours per day. During my long 8 years tenure, I worked on many different Projects and held different profiles. It was wonderful to have the opportunity to travel to various locations including Amsterdam, Den Haag, Rotterdam, Paris, Belgium and Germany along with a more than decent salary at the end of every month.

I was based out of Chandigarh, which is situated at the foothills of Himachal. Being close to Himachal saved me some time, some monthly leaves and it was easier to plan for longer hikes or road trips on bike. I also had the option to pick the days for my weekly offs, so, I would take 4 week-offs combining 2 weeks (Saturday to Tuesday) and a couple of more leaves, if required. This was almost a monthly ritual to take a long trek and 1 or 2 short weekend hikes, all self supported, mostly solo and sometimes, the company of friends was also rejoiced. This helped me exorbitantly to save my leave balance without unduly hampering the job expectations and it’s demanding schedule. I usually managed to get enough weekly offs or leaves but at other times, it would be months at end till I got requisite leaves. The hectic schedule and the same routine that made life monotonous worked for me as long as I continued the said ritual of hiking in the Himalayas.

In 2008, I founded a Hiking Club – The Himalayan Drifters. We at the club were a group of friends and trekkers who would go for hiking or road trips together, mostly me guiding my friends to places I have been before. Those were mostly self supported hikes carrying everything you need on your back.

It was always my ardent desire to work in the Himalayas so the inception of our club lead to it being altered into a Adventure Sports Company. I started organizing groups for short treks and road trips for my friends and colleagues from Chandigarh and Delhi that helped me travel and hike without spending from my own pocket if not earning some. I continued to organize such treks till 2015 when I finally decided to give up my job and do it full-time. I’d been planning it for months and I thought I would be incredibly nervous to put in my resignation but it was the exact opposite; there was this sense of personal freedom which can’t be explained in words. Now I could focus entirely on my dream and I could return home – the Himalayas.

After founding Himalayan Drifters as a company, Life took a crazy turn; here I am, doing what I dreamt for so long… Exploring new trails, climbing peaks, herding sheep and crossing high altitude passes with my Gaddi friends while camping beside some of the most stunning Himalayan Glacial Lakes, visiting some of the remotest villages in the Himalayas, cleaning some of the most polluted trails. I have spent more than a year vigorously researching on Shepherds and Headers of the Himalayas while visiting some of the most remote treks in Himachal chasing the traditional Gaddi routes. I have learnt so much from their ancient traditions and migration practices which is one of the most sustainable living on the planet. All that gave me a sense of achievement and contentment.

Travelling and Hiking in Himalayas comes with its benefits like – Better overall health of Mind and Body, a chance to breath pollution free air, stunning views, meeting fellow trekkers and travellers with their travel stories, stress free life and the list goes on… But for me, the best part is to be at home, at Kullu with my family when I am not hiking. It’s has been one adrenaline filled ride with lots of adventures, ups and downs, thrills and some cherishing lifetime memories. With more than 400 treks and 78 different trails under my belt as of now, targeting to complete my 100 trail by end of next year. May this magical journey continues till my last day on this Earth. 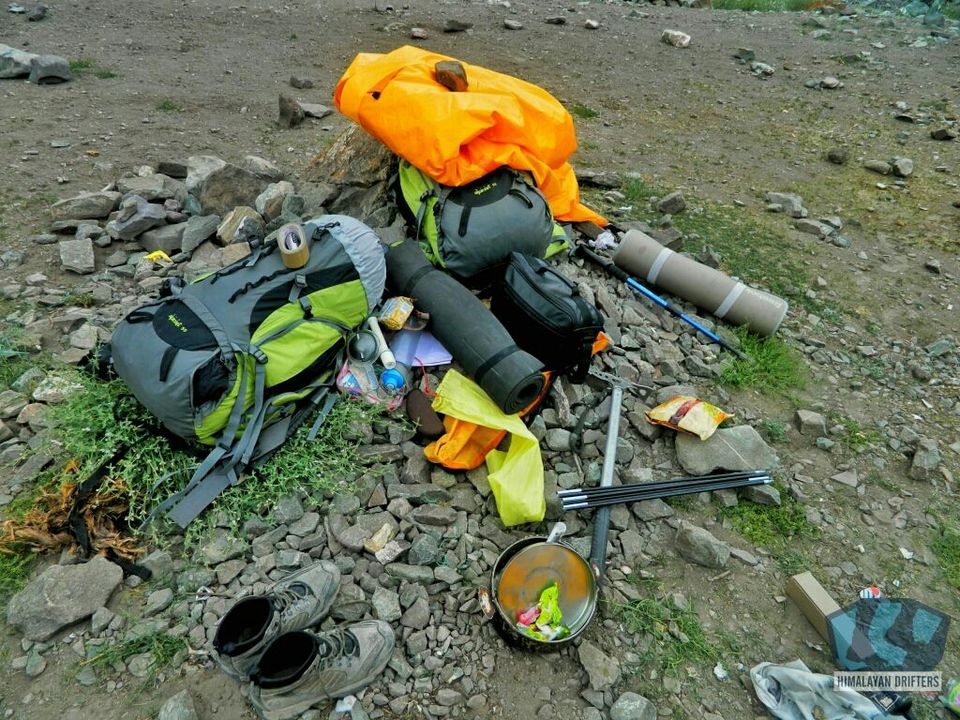 Life These Days as Mountain Guide 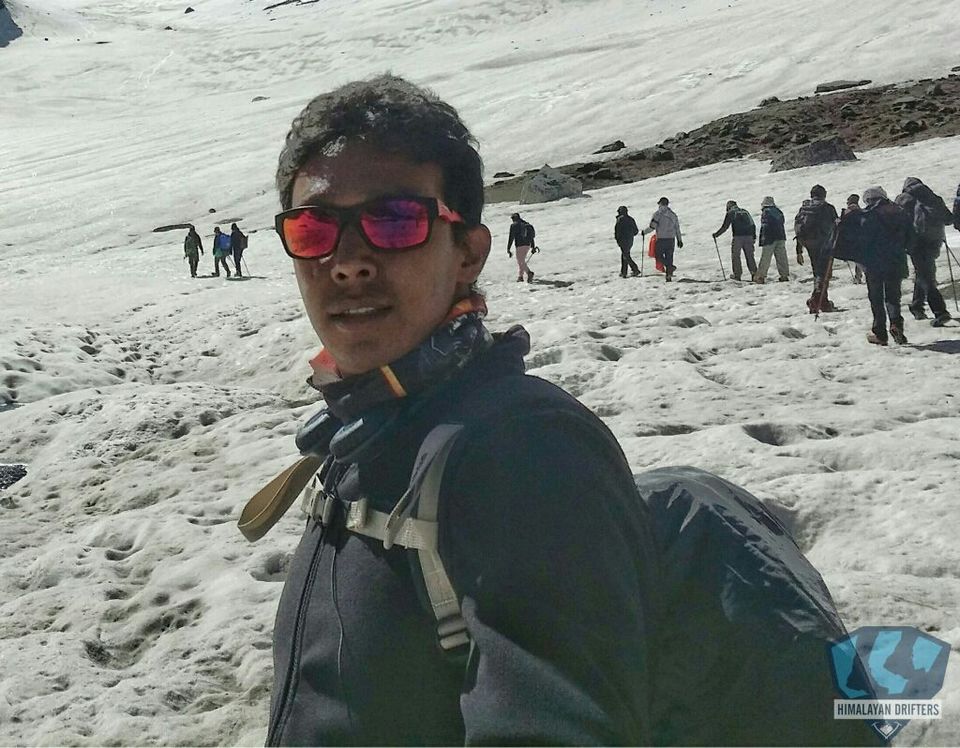 Travel and Explore the Offbeat Himalayas 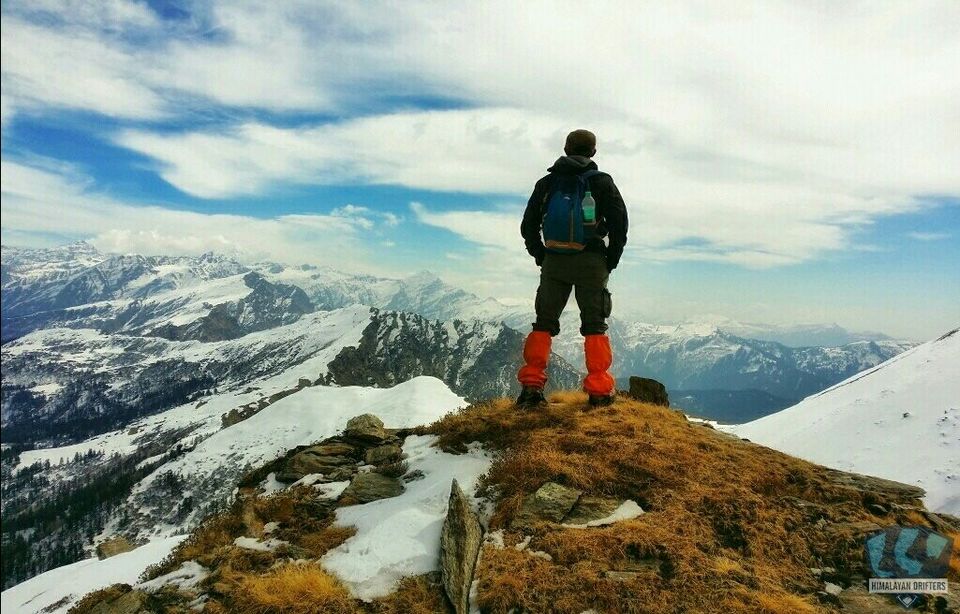 Life During my job at Tech M.