Kolkata To Sikkim – A Travelogue 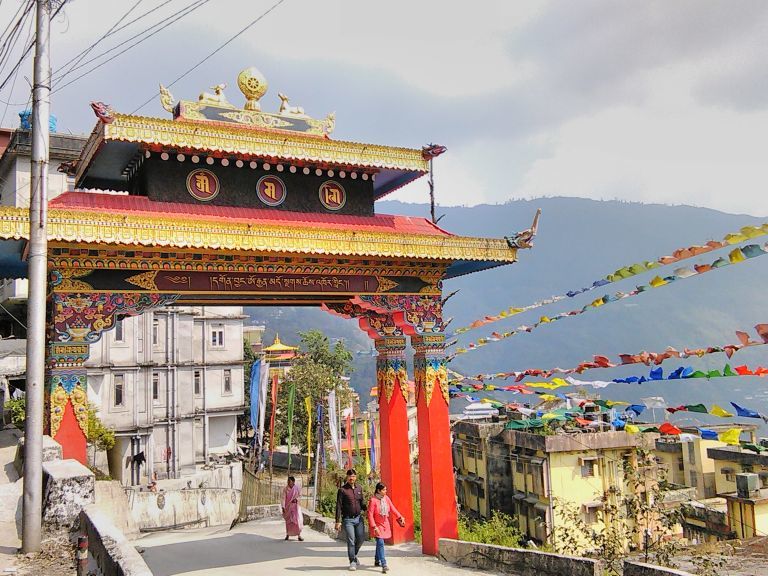 I must say we had the time of our life on this trip. First and foremost, it was the farthest we had travelled in for quite some time. Although the monsoon had set in well and it was raining continuously, it was a gentle downpour, so we managed. Oh, Calcutta! No wonder it evokes the poetic instincts in you. (See Also: Ten Reasons why Kolkata is truly the City of Joy) The city has crumbling buildings, yet does not choose to go the Delhi or Chennai way of big malls, apartments and congestion. They look stately in their disrepair. We did the spiritual round of Dakshineshwar and Belur. The positive vibes at both the places soothes the soul. At least left me pondering and philosophical. A gentle ride on the Hooghly, the rickety tram and the retro metro had the kid screaming for more.

Calcutta is truly the city of museums. We did the Children’s museum, National museum and Victoria Memorial. I surely want to go back for more. Surprisingly, the city completely disproves the common perception of squalor and dirt. There might be pockets as in every city, but overall I found people more eco-conscious like avoiding plastic, better rain water drainage and so on. Ate mishti doi, rosogolla and sandesh. We also paid homage at Rabindranath Tagore’s (my son shares his birthday with him!) and Vivekananda’s ancestral home.

We took the train to Siliguri. Repeating myself, Bengal’s long tradition of romanticists and poets is largely due to the hues the weather takes during the rains. Just amazing, the dark clouds seem to caress you. The dawn is early and bright, so you have no choice but to keep gazing. On the road from Siliguri to Gangtok for four hours past the Mahananda Wild life sanctuary and along the mighty Teestha. The river curves, hurtles and moves placidly alternatingly. The greenery is a feast to the tired urban eyes. Our driver retorted to our ‘ooh, so beautiful, ek minute photo ke liye’ with ‘madam, aap dekhiye aur mahsoos kijiye, photo mein kya hai, aap photo lenge tho poora rasta lethe rehenge’. Very true.

Gangtok is a pretty little place still largely untouched by the degradation that rampant tourism has brought to other hill stations. I feel it is so because the local community is proud of the place and likes to keep it that way. We visited the Jakhri waterfalls and Rumtek monastery. The next day was the most important outing – the visit to the Nathu La pass. We went by the long route as the shorter one was closed due to landslides. We climbed about three or four mountains in near-zero visibility. Hats off to the doughty drivers! At Nathu la we were breathless and speechless. To think it was an important link in the old Silk Route for trade between East and West Asia. Mind blowing!

On our way back down to Bagdogra, we did a detour to Kalimpong and Kurseong because the main road was blocked. Again, climbed up and down the mountains. Drank in the beauty, especially the tea estates, toy train tracks and cute villages. Bagdogra air field reminded me of Rajesh Khanna and Aradhana!