We boarded our flight from Bangalore to Delhi in the midnight and landed in Delhi early morning.

We had booked Shatapthi express from Delhi to Amritsar which was to depart by 6am and reach Amritsar by 12pm. Since we were all tired and exhausted due to lack of sleep, we all dozed offas soon as we boarded the train.

We had booked Fab hotel near to railway station in Amritsar for our stay and the hotel though small was exceptionally clean and the service was amazing.

After freshening up, we headed for lunch at a local dhabha and had the spiciest meal ever.

Post lunch, we had a small nap and got ready to see Jalian wala Bagh and golden temple.

Jalian wala Bagh:
I was in awe and pity to see the massacre place where thousands of people had given up their life's.

Golden temple:
The temple was more beautiful in real than in pictures and the langar food was delicious.

Thus we ended our day happily in Amritsar. 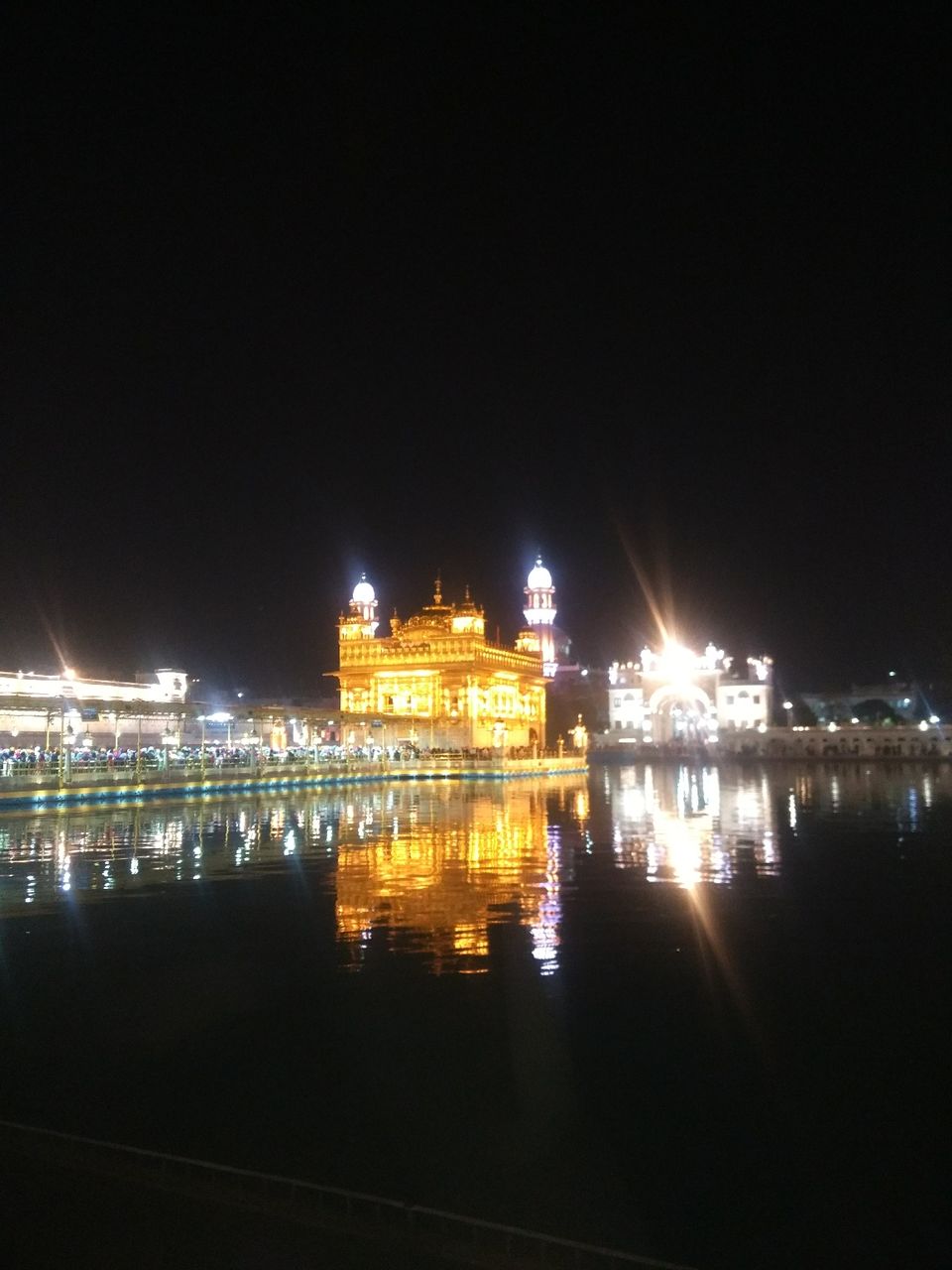 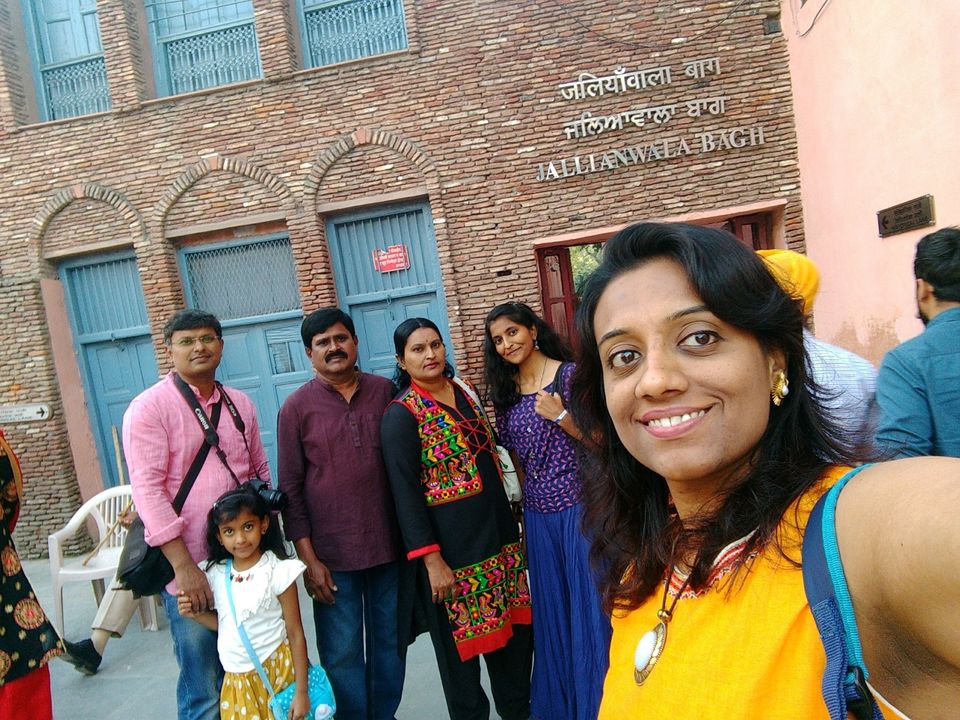 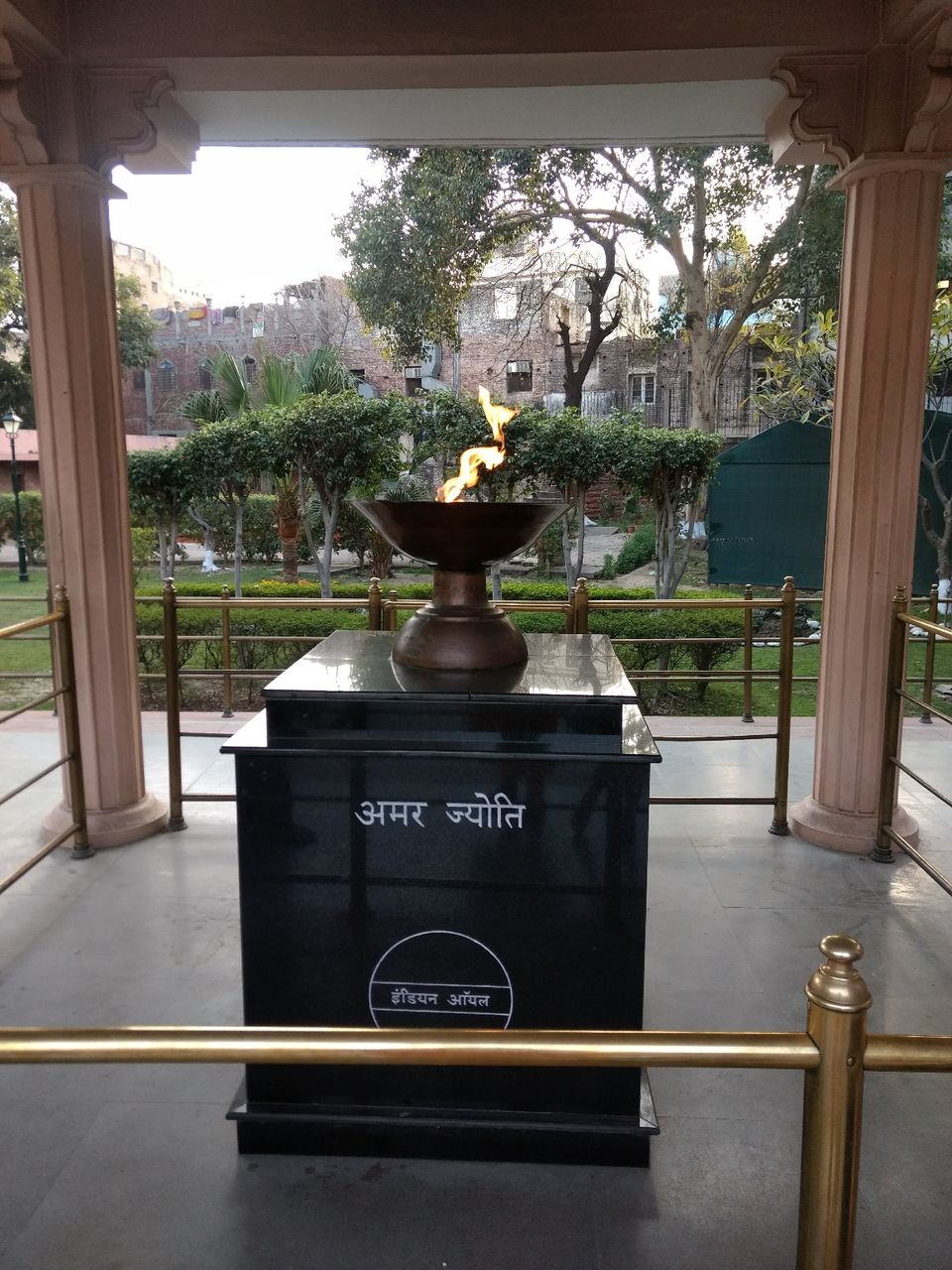 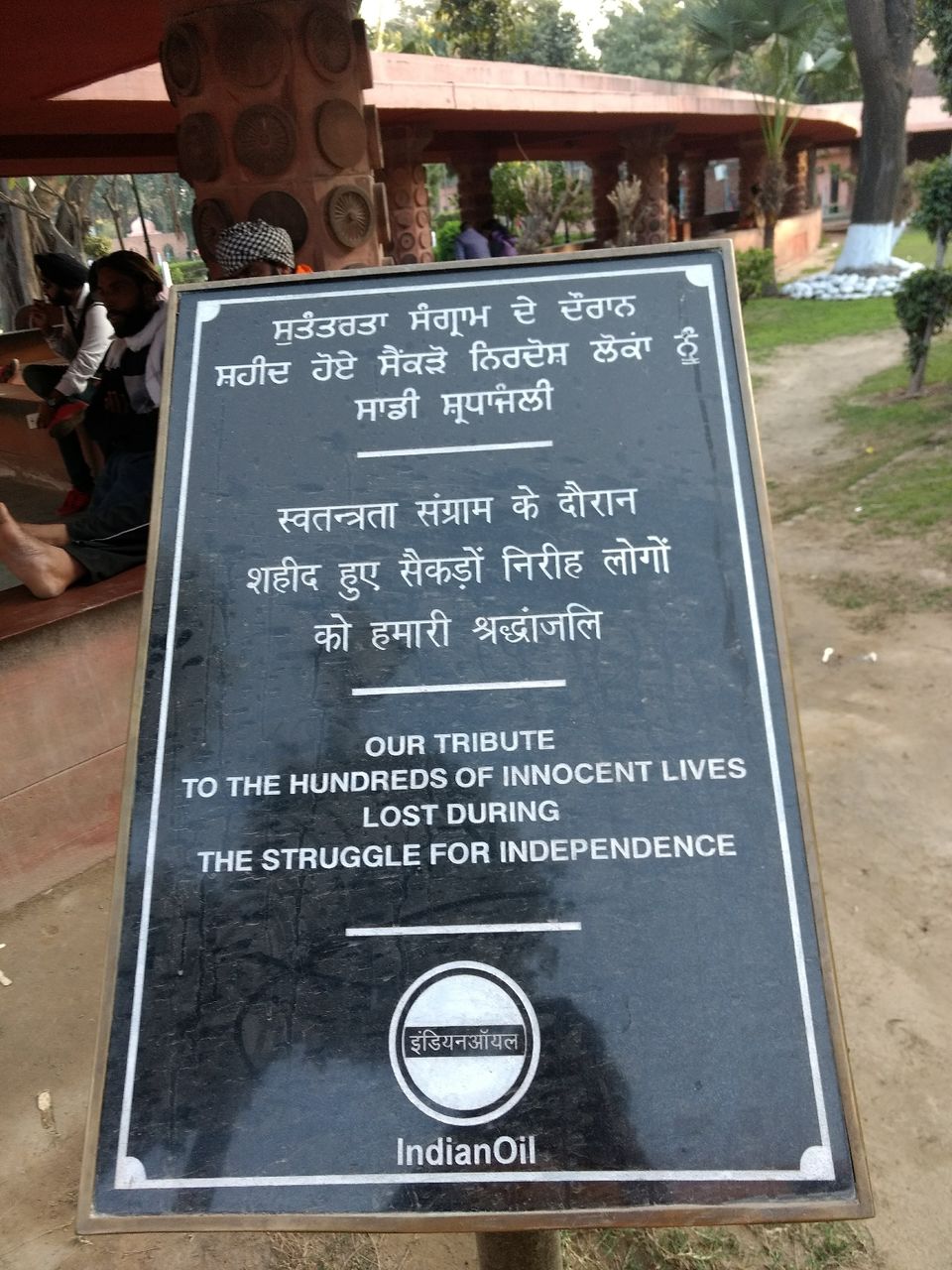 After a delicious buffet breakfast at our hotel, we headed to Dalhousie in our pre-booked cab.

On the way, we tried some clicks like DDLJ at the mustard fields.

As we rode upwards towards Dalhousie, slowly the weather started to change and the climate became so so cold that we couldn't bear.

We had booked Himachal tourism hotel and it was perfect for the cost that we paid. The flooring was wood and the rooms had heater.

We reached the hotel by lunch and relaxed till evening to accustom to the weather.

By 4pm, we went out for sightseeing and some shopping and by the time we returned to the hotel we were shivering as our 3 layers of clothes wasn't enough. 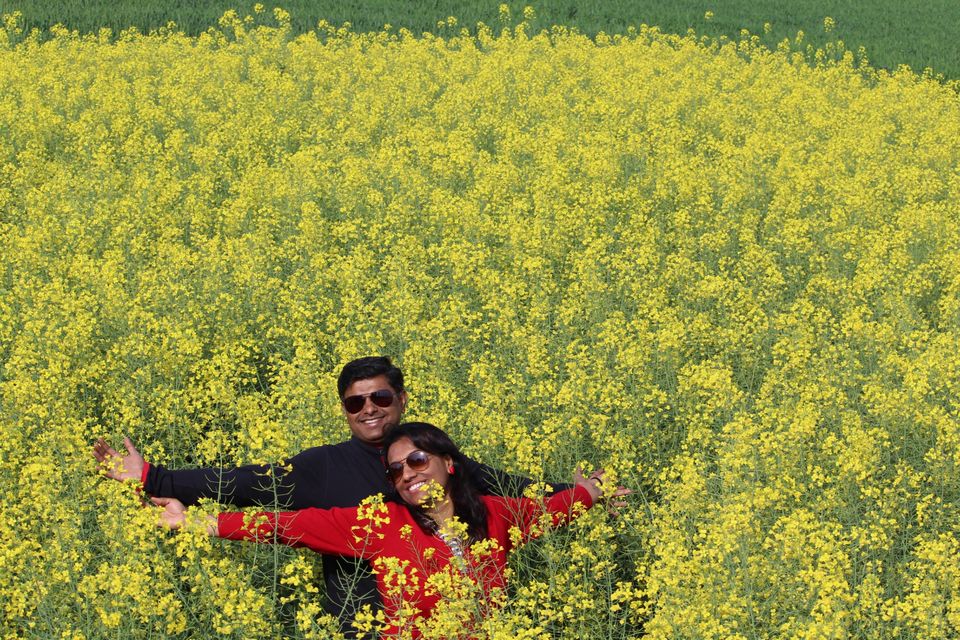 This was our most expected day as we were heading to khajjar which was called as mini Switzerland and our chance to see snow.

As we moved towards Khajjar, we first decided to see dainkund peak. On the way , we saw the fresh snow and we're all excited.

Out of excitement, my daughter ran towards snow barefoot and was frozen. We had turn on the car heater to remove the numbness from her feet. But all this pain was worth it to seethe Himalayas in its white glory.

Post our adventure with snow, it was time to try some paragliding in the off season. Yes it was risky, but it was worth the shot.

After all sorts of adventure it was time for lunch at Khajjar.

Post lunch, we played in the Khajjar fields and took pictures, then headed back.

As a blessing, soon after we boarded the cab there was snow fall and it was our first experience to feel and see the snow fall.

Yes, it was risky to drive during the snow as the vehicles tens to skid. 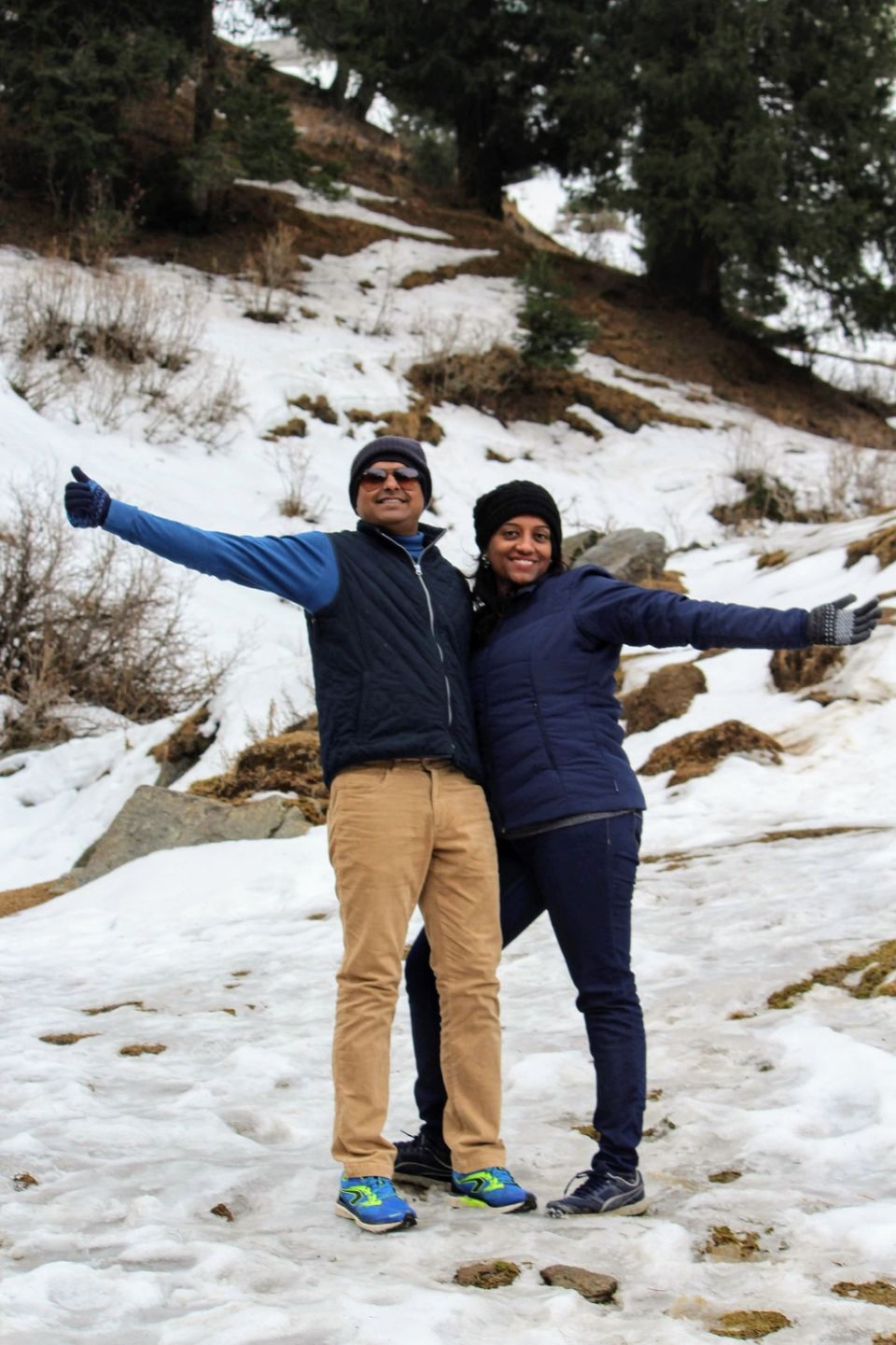 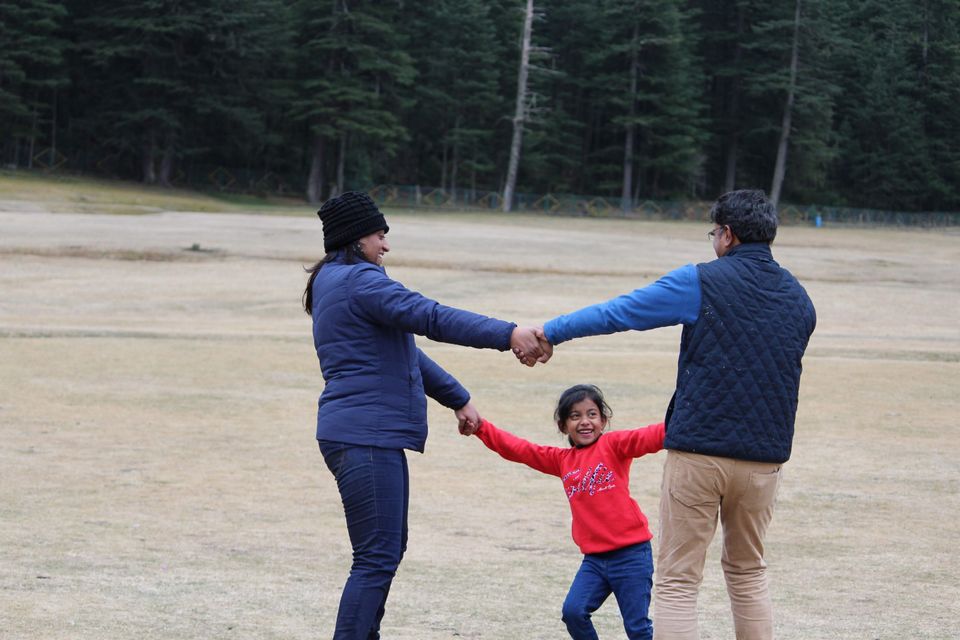 Paragliding from 500 ft above sea level 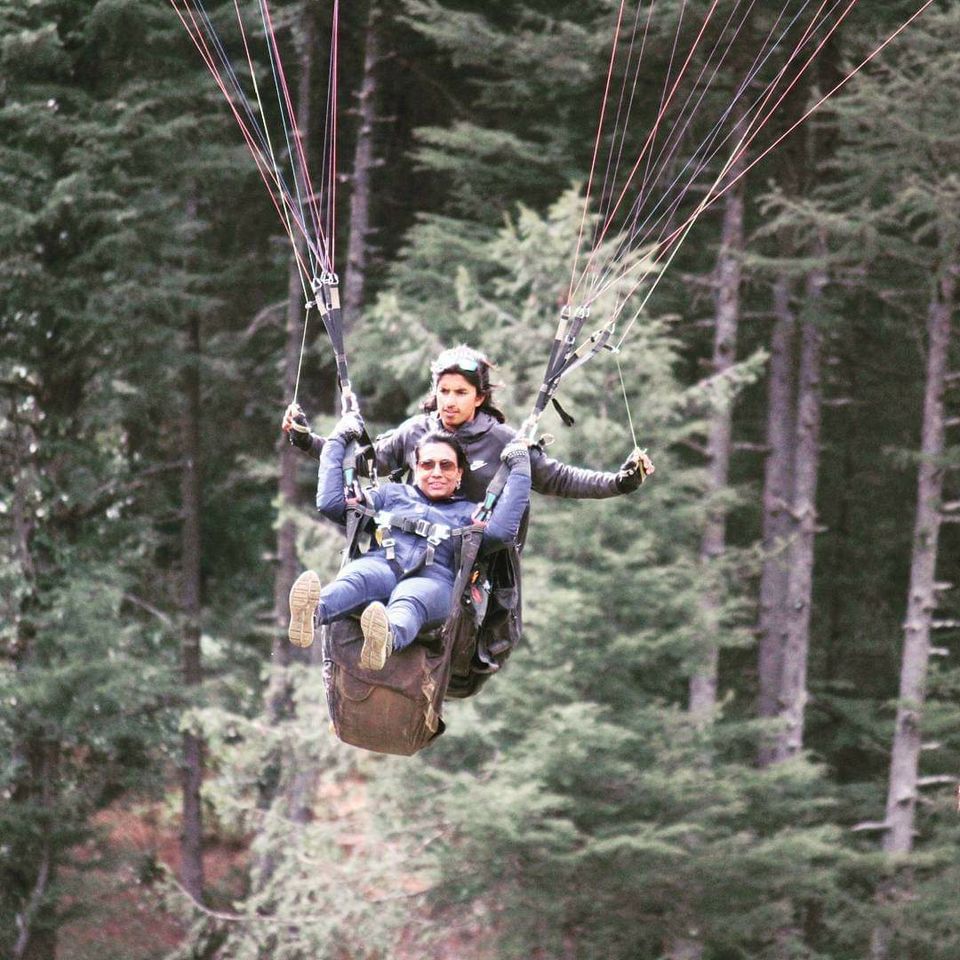 Today was last day in Dalhousie and we headed back towards Wagah border to see the Attari-wagah border ceremony. We proudly held the national flag and danced to the patriotic songs. It was very motivational to sing praises for india with thousands of other people.

Post all the patriotic celebration , we headed to board our bus back to Delhi. 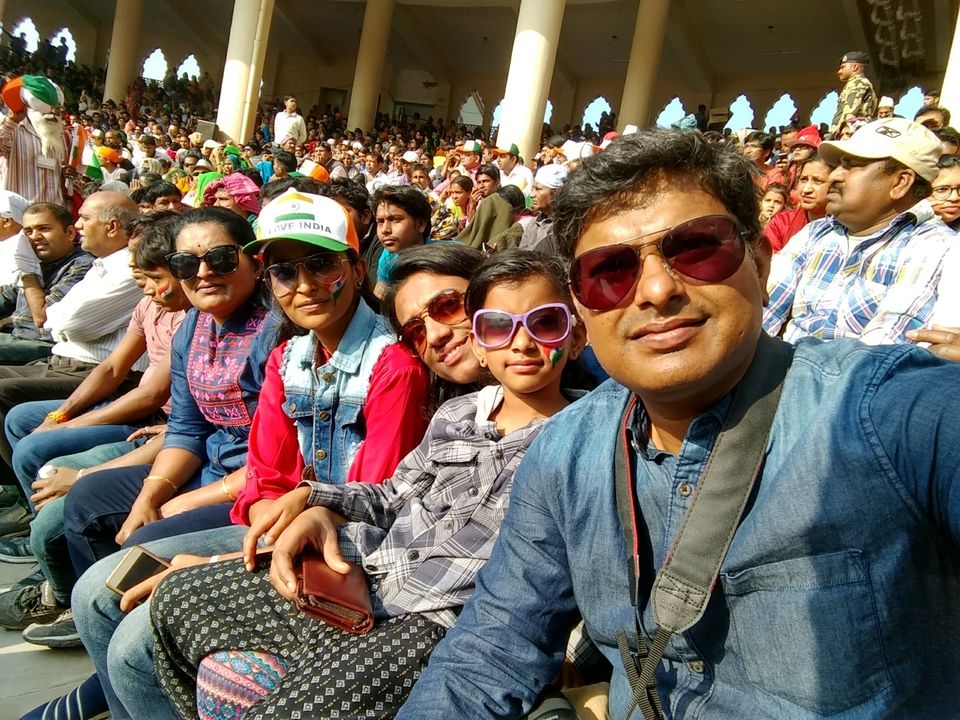 Delhi -Agra related posts are quite common and hence I am avoiding it.

Our overall trip with food, accommodation and transportation costed us 65000INR per family.

My plan to this trip was spontaneous. Since Shimla and Manali has become too commercialized ,We wanted to visit some offbeat place to experience snow in February. After a little bit of googling, i decided on Dalhousie. This snow experience would be the first time for my daughter and so i was all the more excited.

This is a tiny little Himalayan hamlet. The closest destination to reach this place was Amritsar and so Amritsar was also added in itinerary.

Thus our offbeat North India tour started like this
Bangalore-Delhi-Amritsar-Dalhousie-Khajjar-Wagah-Delhi-Agra-Delhi-Bangalore.

We were 2 families and hence I booked my cab from Amritsar to Dalhousie and back with Wagah border with bookmycab.com. This cab costed us 22k for 4 days with driver bata which was reasonable.