River Rafting In The Yoga Capital of India 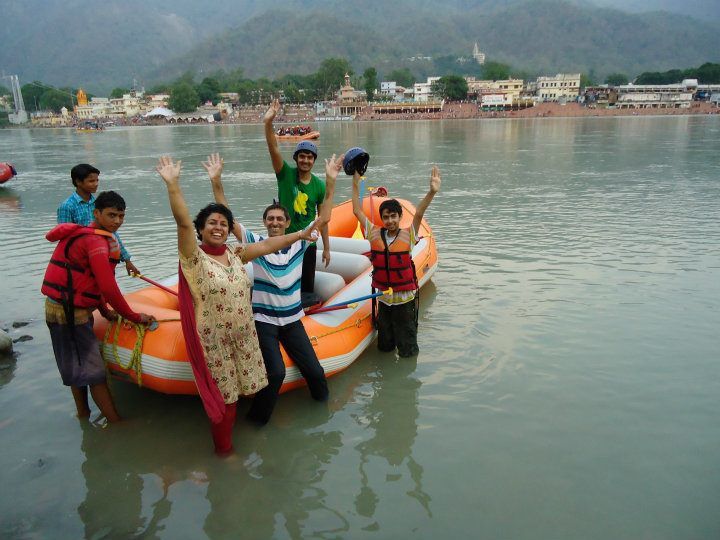 There is a sense of relaxation that an individual feels after a task is complete. In our case, it was seven of us that had completed the task in hand- A successful pilgrimage to Badrinath. It was now time for adventure.

My cousin was all about, let's go rafting from the moment we stepped out of Delhi and the intensity of it increased as we approached Rishikesh. He didn't really realise that it is important to first complete the task in hand and do the rest later. My mother did and in the end sanity had prevailed.

On our way back we were relaxed, the emotional roller coaster had ended. It was time to go rafting. From the company of seven, five had decided to go rafting.( two backed out as there age didn't really allow them to raft)

The rafting was going to start from Brahmpuri and end at Ram Jhula, the shortest of the rafting routes in Rishikesh.(12 kms)

We started of with having quiet of few difficulties in how to handle the paddle but eventually it all sunk in and we were working as an effective team. You need a person to sit down in the front holding a rope, it might sound as boring but trust me when I say it is the most exiting place to be come the rapids.

The rapids were of low difficulty 2 and 2+, the thing is when you are in rapids there are a set of instructions that you have to follow but it all goes to dust when the rapids arrive. My mother must have enjoyed the most I am saying this from the experience of staying at both positions.

After the rapids are over there is a point from where cliff jumps could be made. We decided not to make any instead we jumped in the water from the raft after the cliff jump area was finished.

The water was stone cold and a few shivers were let loose. We didn't mind them much though.

It was a wondrous experience river rafting in a region surrounded by the tranquil garhwal belt.

This ended our five days in Uttarakhand on a high and satisfying note.