India Travel GuideIndia TripsThis Plant Found In The Himalayas Can Make You Cry For Hours!

This Plant Found In The Himalayas Can Make You Cry For Hours!

This Plant Found In The Himalayas Can Make You Cry For Hours! 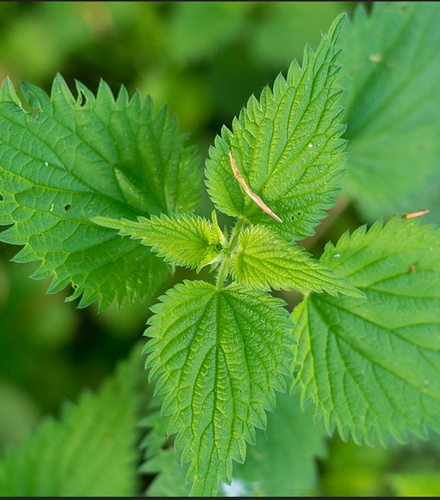 The Himalayas are a wonderland and like Alice, I have found peculiar things here that amaze and ridicule me for days at length. In 2014, when I was backpacking through the foothills of the Dhauladhar, a very gracious host warned me about a vicious entity called Bichu Booti. Kawal Ji - my host - was a tall, mustached man living in upper Dharamkot with his family of five. In my month long stay here, I was warned of many things – wildlife, ghosts, his mother – in – law, hippies and whatnot. But most of these warnings came with a chuckle at the end and I would dismiss it as just another joke. However, the Bichu Booti warning never came with a chuckle. By the time I realized that it was not “just another joke”, I was writhing in pain, in the middle of an unknown forest.

The Stinging Nettle or Bichu Booti, is a wild weed that grows on the fringes of other plants, mostly in temperate conditions. It sprouts hair-like thorns all over its stems, nodes and leaves. For a layperson with absolutely poor knowledge in Botany (like me!), this plant could seem to be the evil twin of the harmless, mild-smelling Ajwain. But one couldn’t be more wrong. The Bichu Booti is evil to only those who try to touch it (like herbivorous animals/ passer-by’s) or “accidentally” fall into a bush full of it (Like me!) A simple brush through the plant could land you with skin full of rashes, a burning or stinging sensation. The remedy? Well, another plant called Dock Leaves or Hara Patta that grows in similar environments and is usually found around this menacing marvel. Aloe Vera has also worked as a remedy for me twice but I am not sure if it is a solution for every variant of the Stinging Nettle.

For most mountain communities, the Bichu Booti acts as an easy source of vitamins, iron and potassium. Of course the catch being, you got to consume it to benefit from it. When I returned home after my journey, I instinctively googled this plant. So turns out, it goes by the botanical name of Urtica Dioica and is found all around the world from America to Africa, Europe to Australia, albeit with slight alterations in the species. Bichu Booti is called by various names in the Himalayas, and from what I’ve gathered through my travels- Sisnu (In Nepal) and Kandali or Bicchu Patta (in Garhwal and Kumaon regions of Uttaranchal) are the most commonly known ones.

The first time Bichu Booti and I became amicable was at my driver's house in Palampur. Lalita, his wife, made a delectable spread of Rotis, Saag and salad for her unexpected visitor and I ate like a glutton that day. There is something so irresistible about desi ghee on hot Rotis and Saag, right? Only when I was washing my meal down with a glass of buttermilk did she announce that the Saag was made from the leaves of my arch- nemesis, Bichu Booti. I must admit, the last gulp of buttermilk seemed a little too difficult, but down it went, with my wrong notions about this humble plant.

Over the years, I’ve learnt to appreciate its existence. I realized the Bichu Booti was a rare plant that scares you off the first time you interact with it, but only time tells you about its goodness – very similar to a lot of people around us, no? In Pittorgarh, every 12 years, a variant of this plant (locally called Kandali) blooms flowers. In reverence of a folklore from the region, the locals celebrate the Kandali festival around this time. It is an event sparked with dances, music, festivities, great food, warm people and happiness. The last time Kandali was celebrated was in 2011 and the next comes up in 2023.

In both Uttaranchal and Himachal, I’ve seen women threaten their kids with stems of this plant, coaxing the little ones to obey their mothers and eat food / do their chores before the stem stings them. The kids cry and writhe out of their mother's grip, but they do as they are told, nonetheless. In Khajiar, my hostess once made me a Bichu Booti Saag to relieve me of my period cramps. Now, I don’t know if it was her love or the magic in the Saag but I was fine and back to my jumpy self by the evening. In Nepal, I tasted a soup of their Sisnu and I was told it is an energy booster. In Kashmir, during one of my longer stays in the mountains, I was diagnosed with UTI and was prescribed a tea made from the plant leaves to cleanse my system. Some people also swear by its benefits to cure acne, osteoporosis, blood pressure and indigestion. The internet agrees, but I haven’t personally tested these out.

For someone like me, whose tryst with Bichu Booti is nothing short of a long, arduous love affair, it is easy to proclaim that the one thing you MUST try when you visit the mountains next, is the Saag made out of this beautiful plant. If you, like me, love to partake actively in the cooking process, ensure you use tongs while handling these leaves or be prepared to deal with rashes and the stinging pain. If you dislike Saag, there is always the tea or soup you could try. For all those who do not like experimenting with food when they travel, I hope you catch up on the festival at Pittorgarh in 2023 and let it change your mind. If you don’t, well, the Bichu Booti has its way of finding you – on a trek, in a mountain, silently, when you least expect it. Beware!