Hi all at Tripoto. First of all let me introduce myself, I am Shadab Noor a working professional in Delhi. I love travelling and exploring new places. The trip memoirs I am going to share was the first trip of my life with my best buddy and 5 unknown people who later became my friend and one of them became the one of the closest friends I have. It was somehow an unplanned type of trip where most of the things where not decided and which happened on their own and finally it gave us our first trip.

It was an evening of 21/02/2014 I was sitting with my best buddy Lucky at our Adda sipping tea and discussing life which was going on a rough route at that time, while we were having our chit chat Lucky said lets go somewhere where we can be alone and far our tensions, so it was decided that we were going somewhere far from Delhi and our hectic lives but where nobody knew. At the meantime Ada called Lucky and he told her about plan she also got interested and was ready to go with us so after all discussions it was deiced that all three of us will for Nainital on Sunday morning. After that me and lucky came to my house for our Hukka session, while we were planning for our trip Ada called us around 12 in night telling that her other friends are also interested and willing to go but they wanted to 22/02/2014, after half an hour of discussion it was decided that we all will leave for Nainital on 22/02/2014 and on our returning will also visit Corbett National Park.

After all the discussion me and Lucky plunged into action Lucky started searching for taxis and I began my search for hotels and entry permits for Corbett National Park by 3AM in the morning had booked our car, hotel and the permit we got in next morning. It was decided and informed to all that taxi will arrive at 7 and we will leave by 7:30 AM after arranging everything we called it a day.

Next morning we woke up got ready and took our taxi left for Bhujiaghaat which is around 20Kms before Nainital at 10 AM in the morning after all the delays, We took NH21, as soon as we started gaining some speed our gang of girls started feeling unwell, it took us around 3 hours to reach Hapur. After sometime our taxi again hit the road and we were cruising everything went well after that no major problems took place we all were enjoying our ride chit chatting and pulling each other legs. We reached Kathgodam at around 7PM had our dinner at a restaurant called Meethi Mirchi clicked some pictures there and again resumed our journey. We reached our destination by 9PM which was Dolmar Riverside Camp. After reaching there we were given our rooms (Huts), we requested the hotel staff to arrange for a bonfire and we again started our “bakaiti”(Chitchat) there. We enjoyed the bonfire till 2AM.

Next morning everybody got up early, we all left for a morning stroll along the river bank. The whole place was very soothing and serene. The view of mountains and river flowing out of it was mesmerizing. The sound of water was a music to ears and I really felt peace there . I forgot all my worries for sometime and was enjoying the views, fresh air and crystal clear water flowing below my feets. After the stroll we all got ready to leave for Corbett we had our breakfast at the camp which was freshly cooked, yummy and sumptuous. After the photo-shoot session we left for our next destination. We had the permit to enter from Durga Devi gate and our safari timing was from 3PM for 3 hours, while on our way to Corbett National Park we also visited the Corbett water fall which is small water fall situated within the forest area. We reached the reception of Jim Corbett national park by 1PM took our gypsy in which we had to go inside the forest area. Durga Devi gate is the main entry point for Durga Devi range of Corbett National Park and it is the hilly side of the forest area. All the while lots of people asked us about our permitted area and when we told them about the Durga Devi gate they gave us weird looks, we were not able to understand what was going on and why we were getting those uncanny looks later our gypsy driver told us that Durga Devi range being a Hilly side of the forest chances of sighting the king is less infact minimal to negative. However we carried our safari, our luck was not at good side as we saw nothing apart from some spotted dears and monkeys. The driver and the guide told us that tigers largely are sighted around river banks in the forest so for better chances of seeing a tiger one should choose Bijrani or Dhikala sector of the forest. All of us were disappointed as the king turned down to show up although the king left some pugmarks for us which we saw while returning to the exit gate of the range. Everyone was tired and hungry also as soon as we left jungle and took the main road we saw a roadside food stall had some tea, toasts and Maggie there left for the reception area. We took our car and left for Delhi around 8 in the evening, and our fun filled, tiger less Corbett safari came to end. 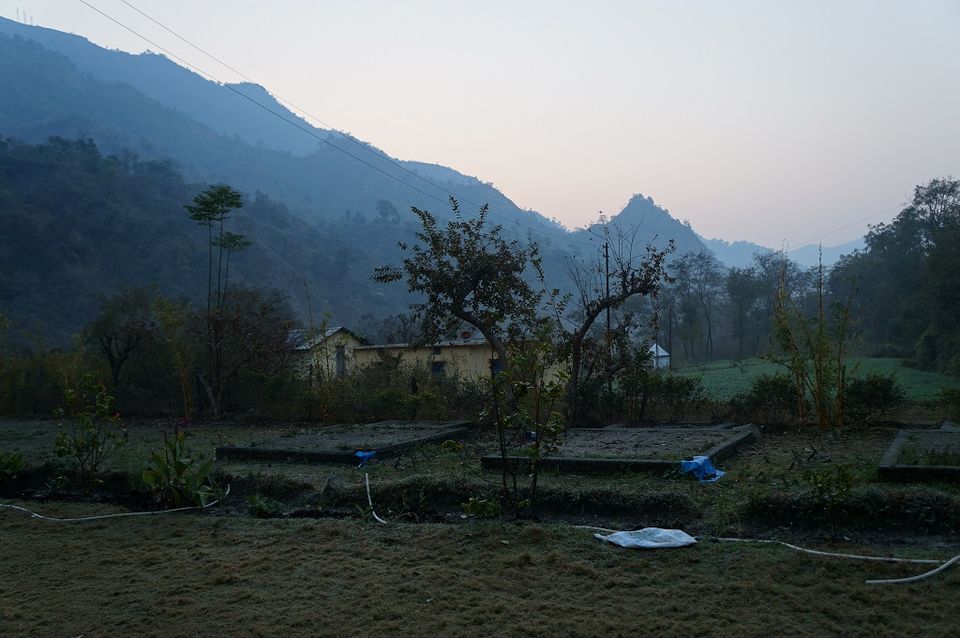 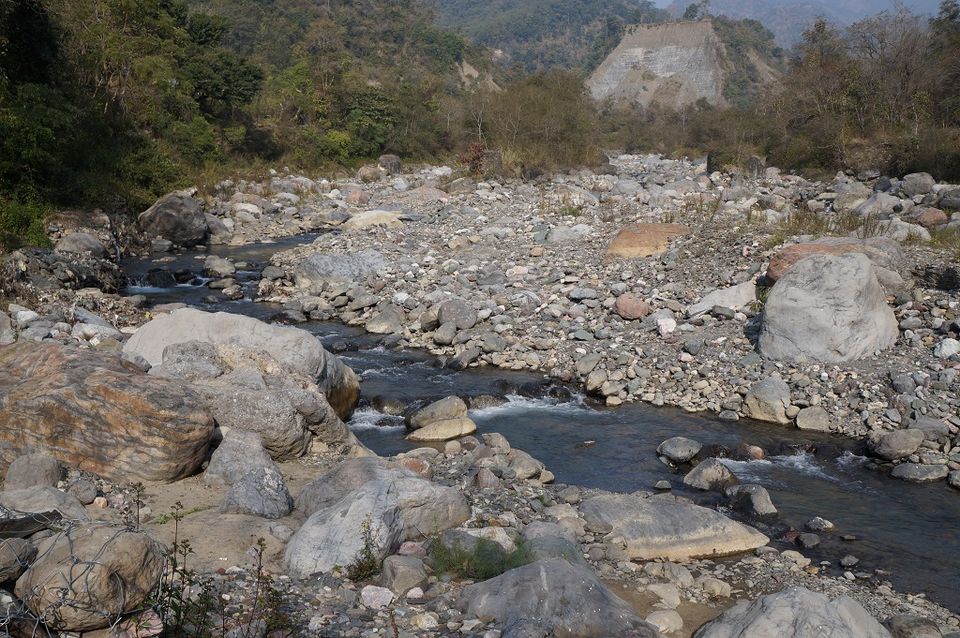 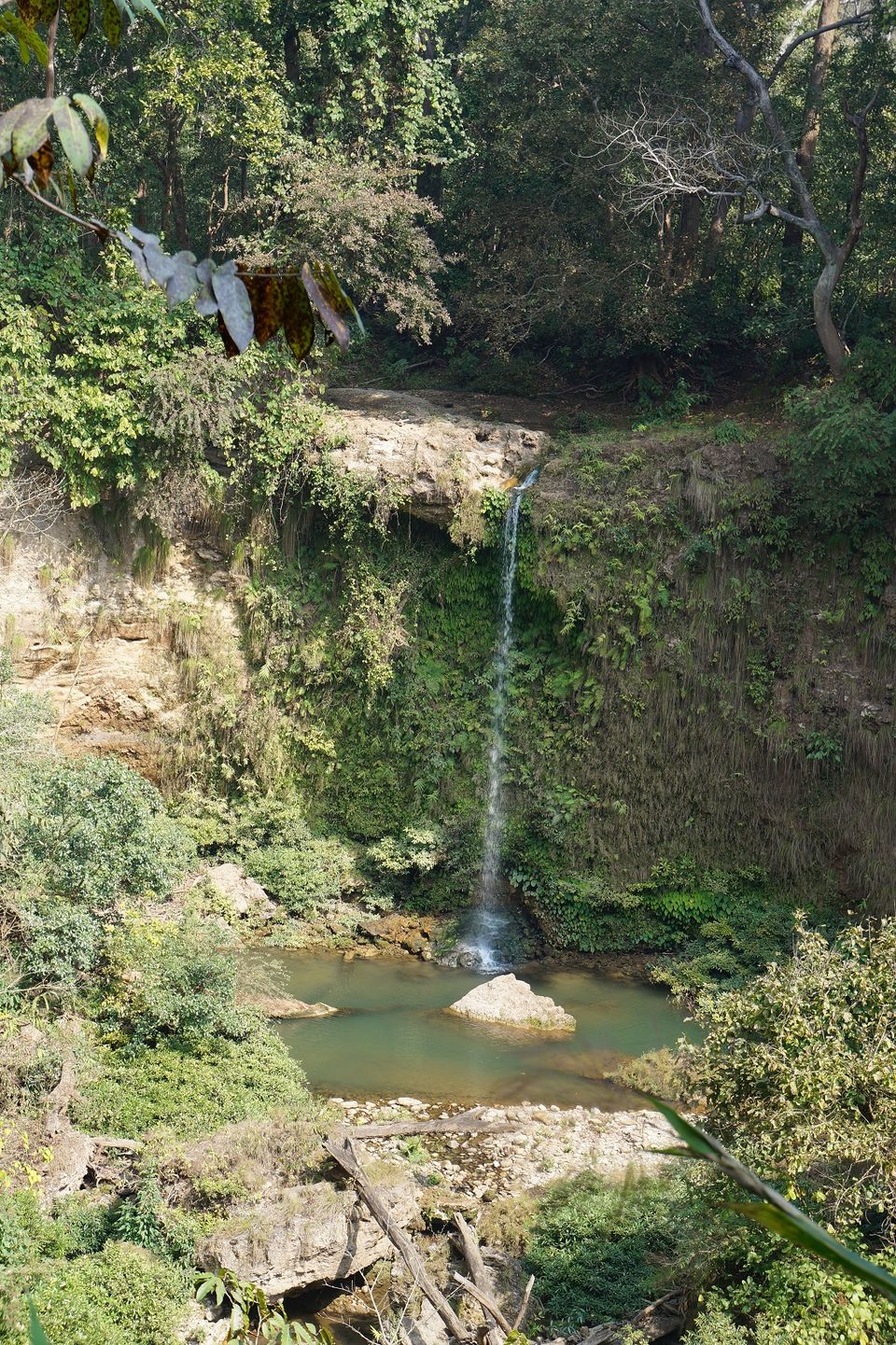 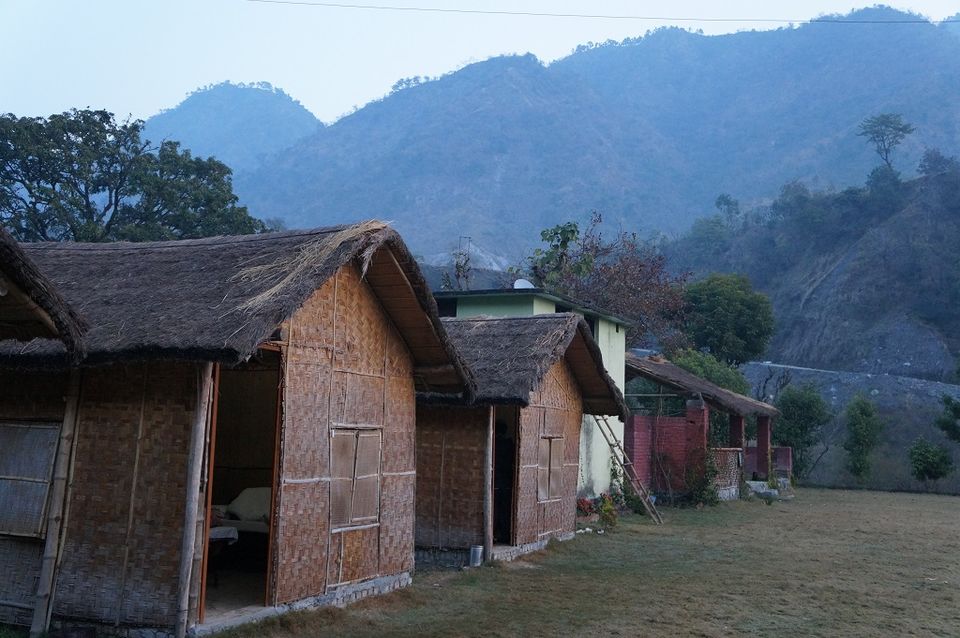 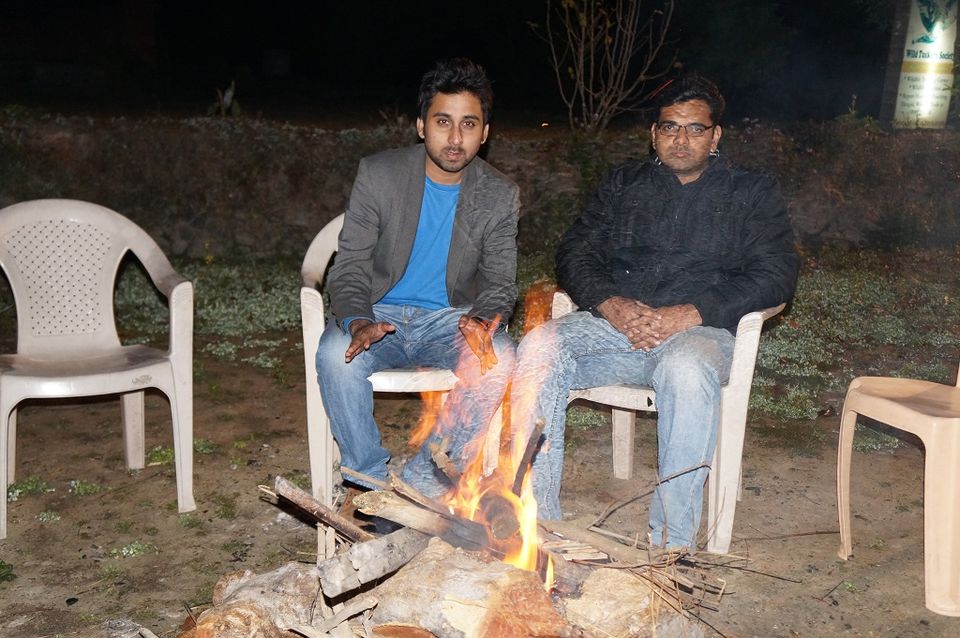 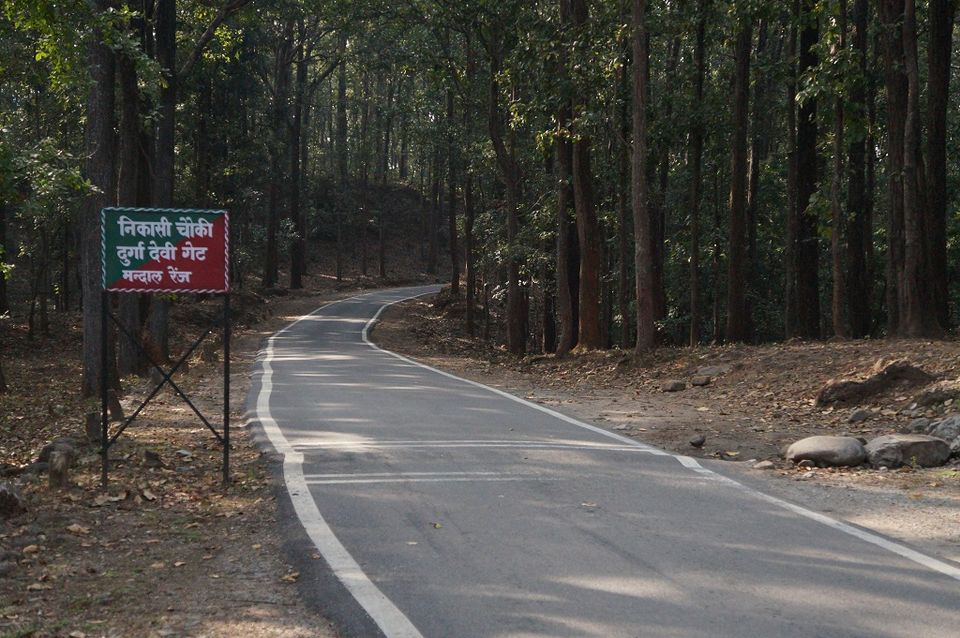 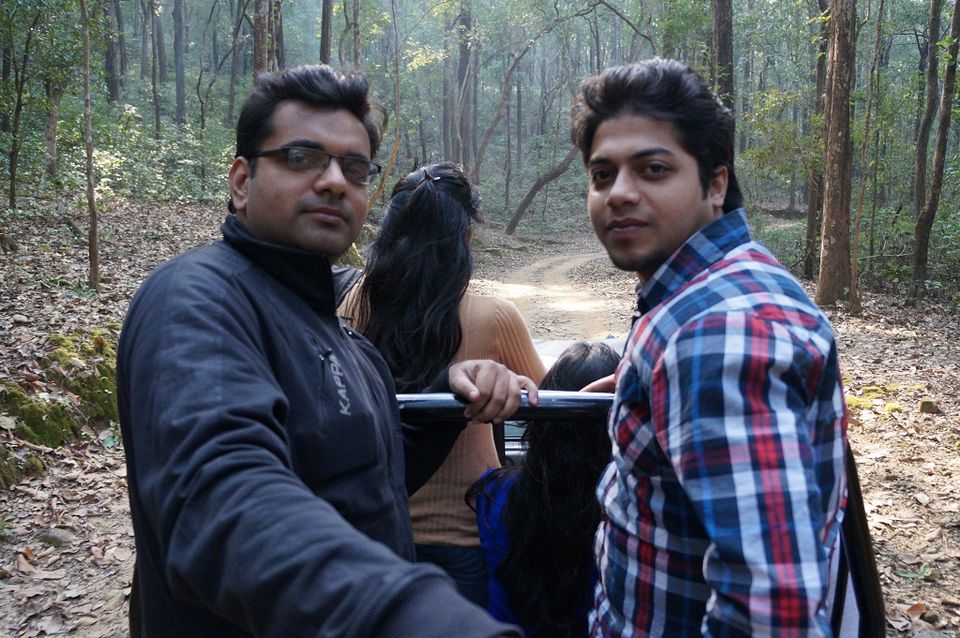 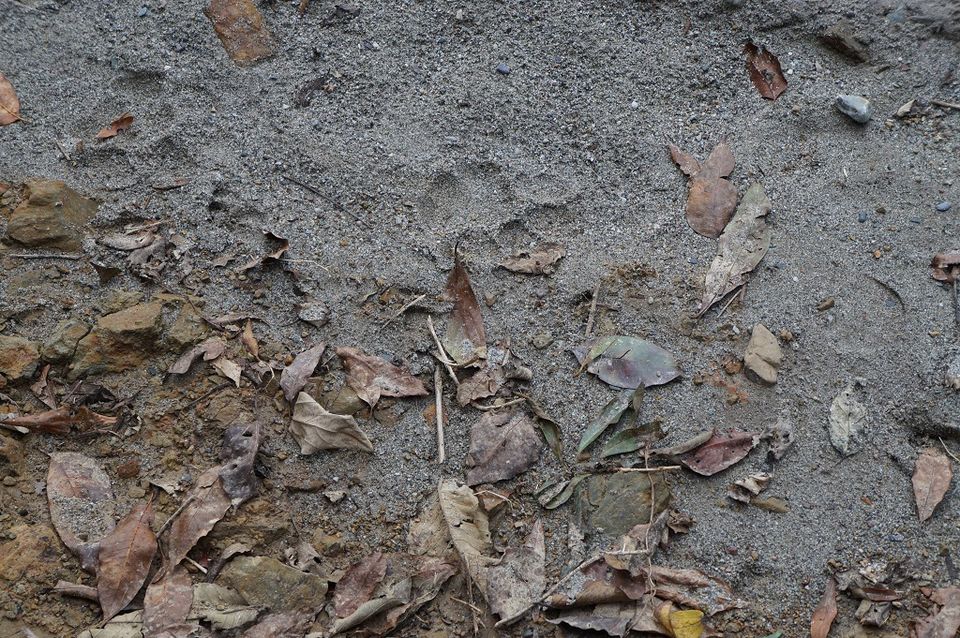 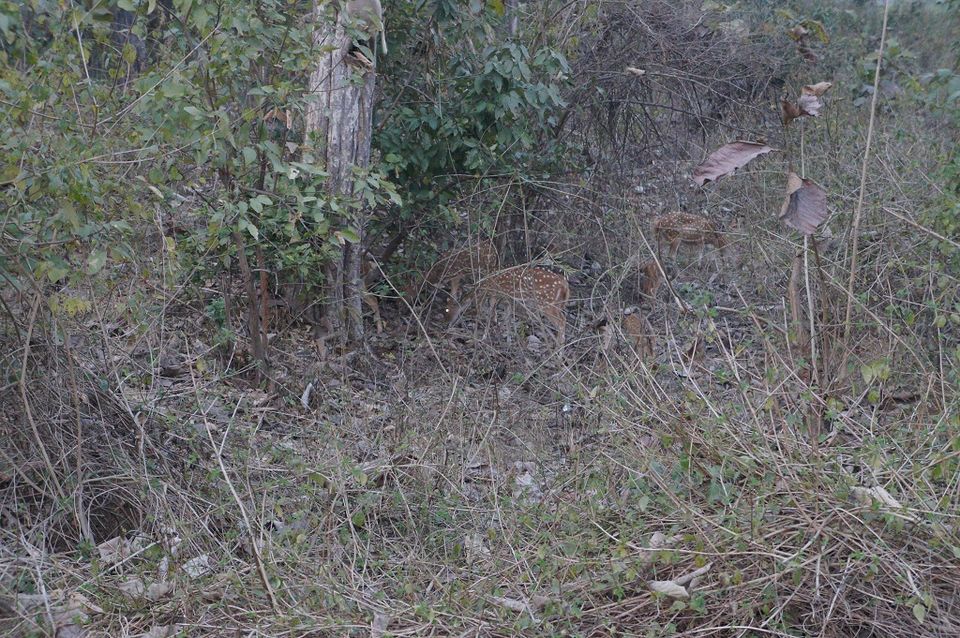 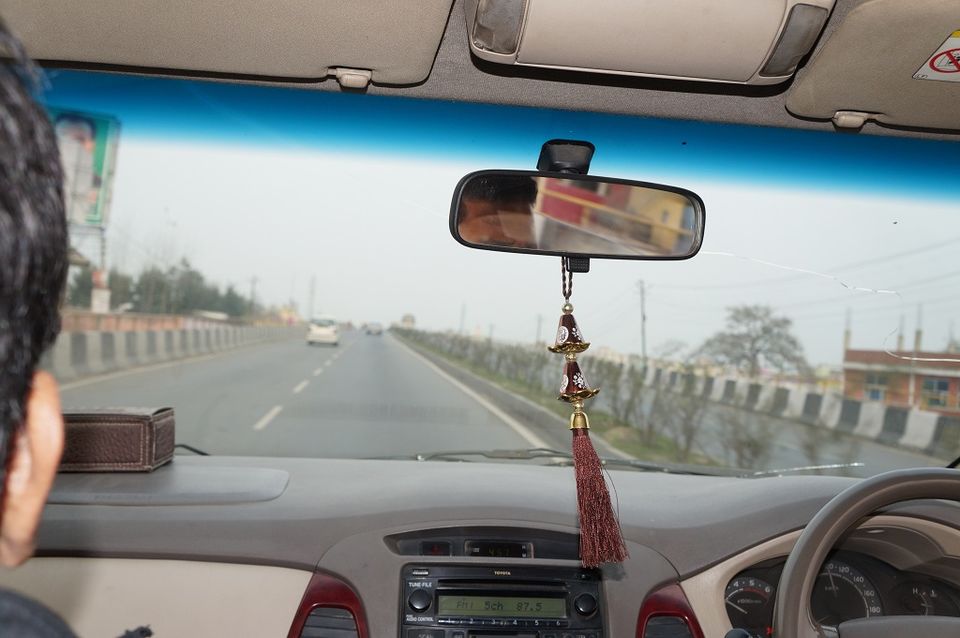