A visit to the Notre Dame Basilica, Montreal.

God and I have a personal relationship. I pray strictly in ‘need’. But that does not stop me from loving his earthly abodes, especially when they are in the form of the Notre Dame church in Montreal, Canada.

Walking through Montreal is a delight in itself, especially at the onset of summer. Beautiful skies, lovely green grass and the streets finally filled with people wearing color, rather than the predominant colors of gray and black of winters. While on one such jaunt, a friend suggested a visit to the Notre Dame church. Staying around Place Des Arts I realized that a trip to Place D’Armes (where the church of Notre Dame is) was a necessity to complete my sojourn in Montreal.

By passing the bus, I walked from the Metro station uphill to the church. The mandatory and extremely beautiful fountain in front of the church drew my attention. Flipping a coin into its waters did soothe my mind that of the worry I would definitely be there someday again. Flanked by the architecturally beautiful British empire building and other stone buildings, the whole European feel was finally completed by the sound of horse hoofs on the cobbled stones leading to the church. There was a buggy ride to be enjoyed later. What felt better was that the harbor of old Montreal was just a few streets away. The fountain in front definitely pointed out to the times of Cabot and Champlain and other explorers who came down the St. Lawrence river and built the trading center of Montreal. While the figurines on the fountains had spears of yore, they also had fur wrapped around them, pointing out the principal trade of the region during the time of the French settlers.

Getting my ticket (for the church had been turned into a tourist attraction), I entered the church expecting to be awed, but never dazzled. I was quite off the mark. I was definitely dazzled. While the aisle stretched into the interiors with a long row of pews, the sides of the church had stained glass depicting the onset of the French missionaries in that part and the development of religion of the region. While the beautiful organ loomed on one side, others held scores of lighted candles. Further on finally we see the pulpit and the beautiful tales depicted therein. Built between 1672 and 1682, the church denoted not only the piety of the parish in the Holy name of Mary, it withstood the test of time and other dangers like arson in 1978 and remains a landmark in the city of Montreal.

Sitting for some time on the pews, I wondered at the architectural beauty that the church depicted. The high vaulted ceiling would not fail to induce reverence even in the most irreverent simply on the merit of its evoking a sense awe and the play of light through the stained glass, held a sense of serenity. When coming out the light of the day left me blinking, but braced by the winds I waited for the one thing that would complete the journey. Architecturally it is a gothic wonder. A sight of it would definitely bring to mind the swashbuckling adventurer and discoverer, who was the cornerstone of making Canada the new frontier. To my everlasting chagrin, I was dreaming of myself as one, till something velvety nudged my shoulders. My buggy ride was here and I bid adieu to the church!

Officially, it was elevated from a church to a basilica in 1982, when Pope John Paul II visited. However, to the laymen, it remains an abode for not only the pure spirit, but also as a wonder to the labor of love that it still remains. This is also explained by the sound and light show “And then was Light” in the evenings from Tuesday to Saturday of the week. Even without it I instantly fell in love with the church. 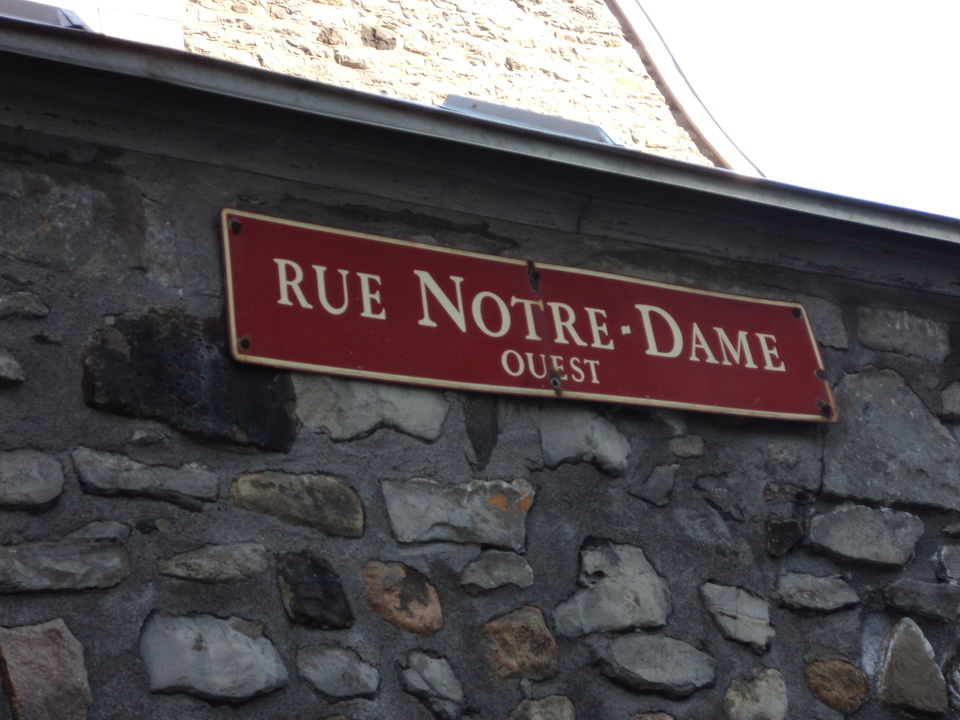 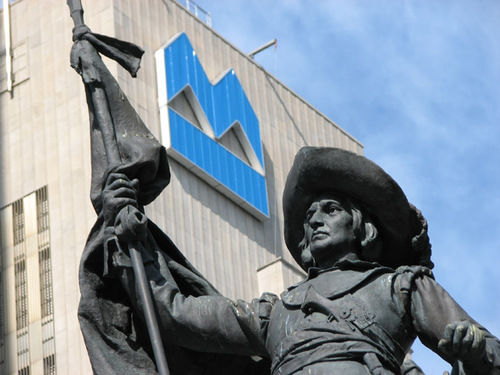 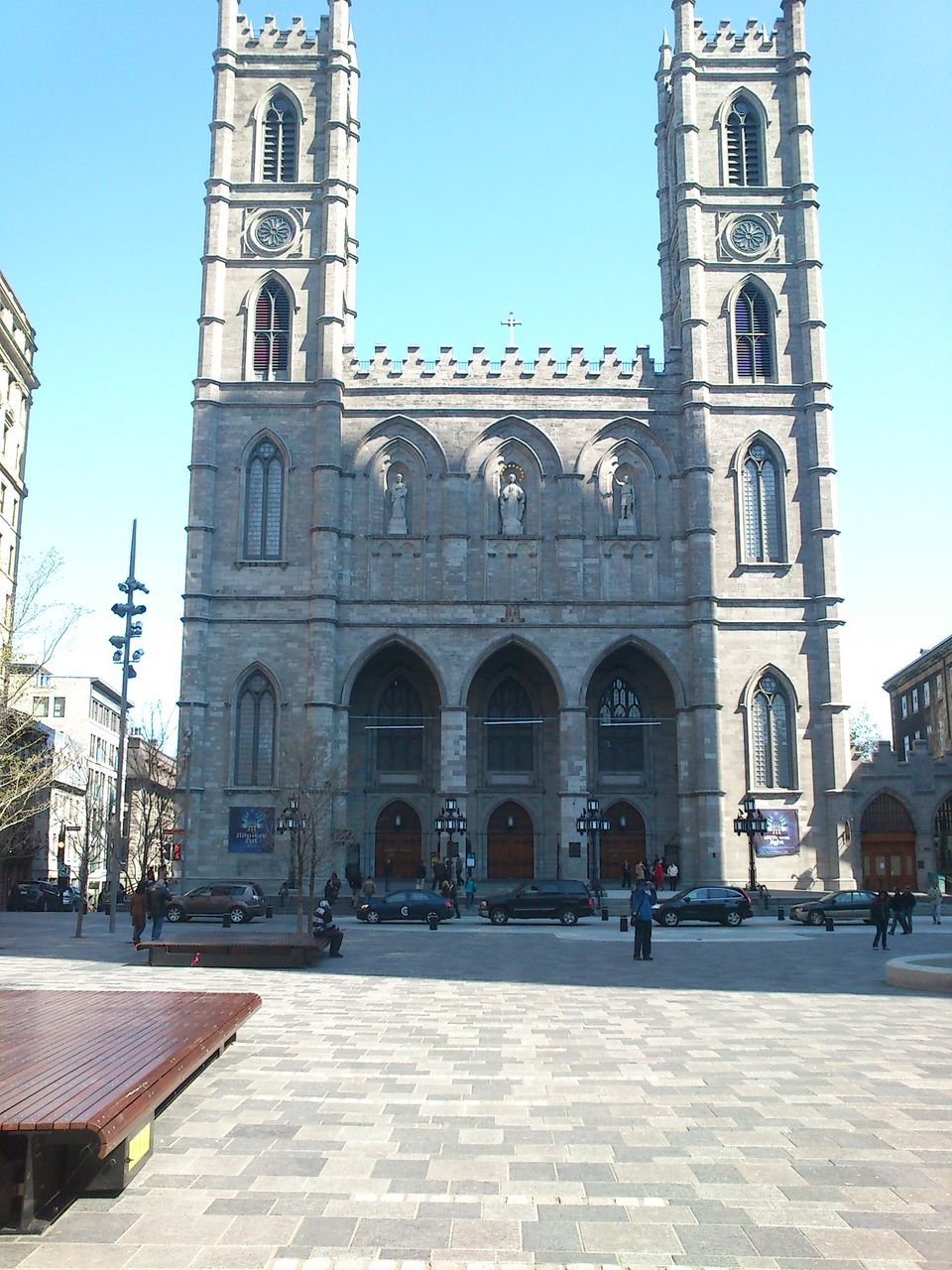 The Metro station itself was a work of art. Simply wonderful! 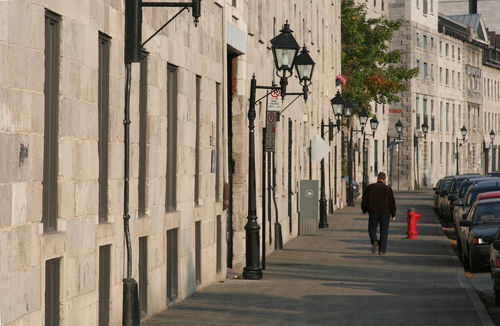 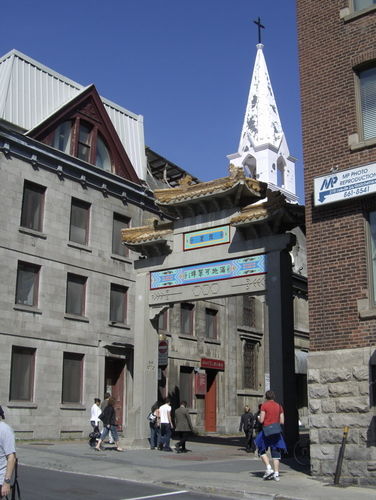 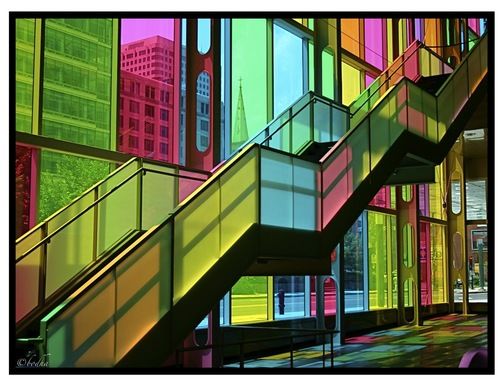 A walk in the bracing winds of the old ports of Montreal was a lovely one after the visit to the Basilica. 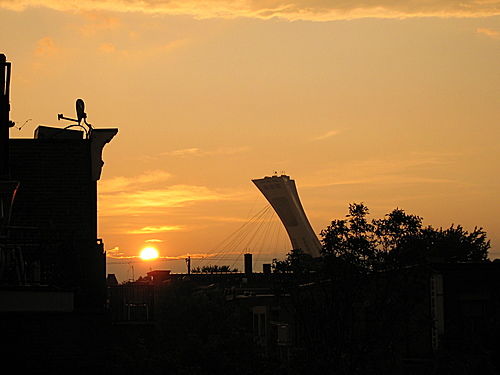